For this road trip we will travel 43.5 miles of CO State Highway 141 from its junction with US Hwy 50 through Unaweep Canyon to the town of Gateway, then return. This is a small part of a 133 mile drive from Whitewater to Placerville, CO, known as the Unwaweep-Tabeguache Scenic Historic Byway. GPS coordinates (WGS 84 Geodetic Datum) are included for some of the stops along the way. There is an interesting factoid about Unaweep Canyon. Unaweep is a Ute Indian word that translates as "canyon with two mouths". The canyon was given this name because two major creeks, East Creek and West Creek, flow out of opposite ends of the canyon, separated by the Unaweep Divide (elev 7008 ft).

Our first stop is a poorly marked turnout that provides a grand view of the Grand Valley of northwestern Colorado. The line of cliffs in the background of the photo are the Bookcliffs, with prominent Mount Garfield on the right. The green belt in the middle marks the course of the Colorado River. 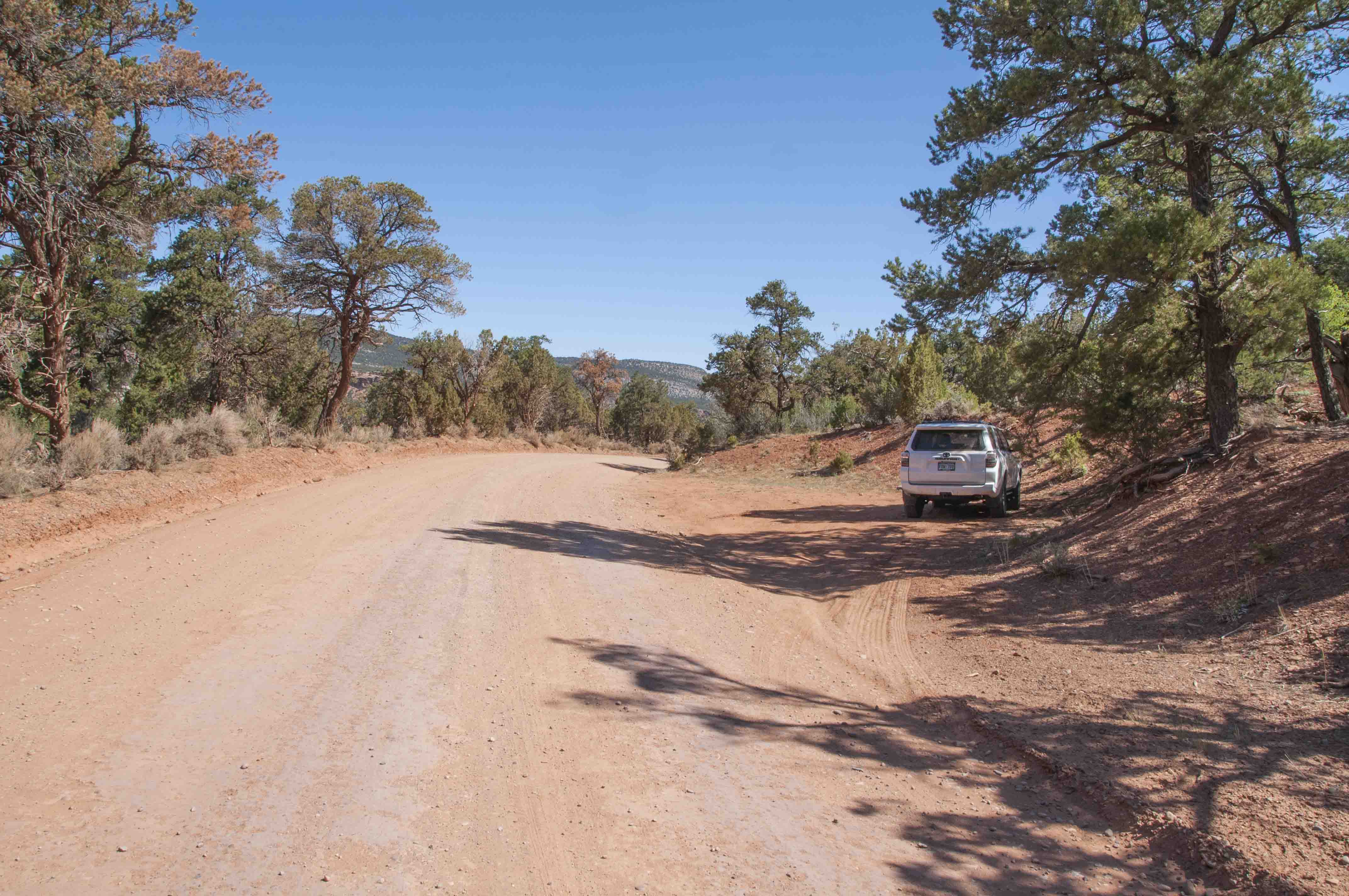 Fifteen miles into the trip we come to Divide Road (FR 402) (left photo). Divide Road switchbacks up to the top of the Uncompahgre Plateau and continues on top of the plateau into Montrose County. There are pullouts about three miles up Divide Road that provide nice views of Unaweep Canyon (right photo). 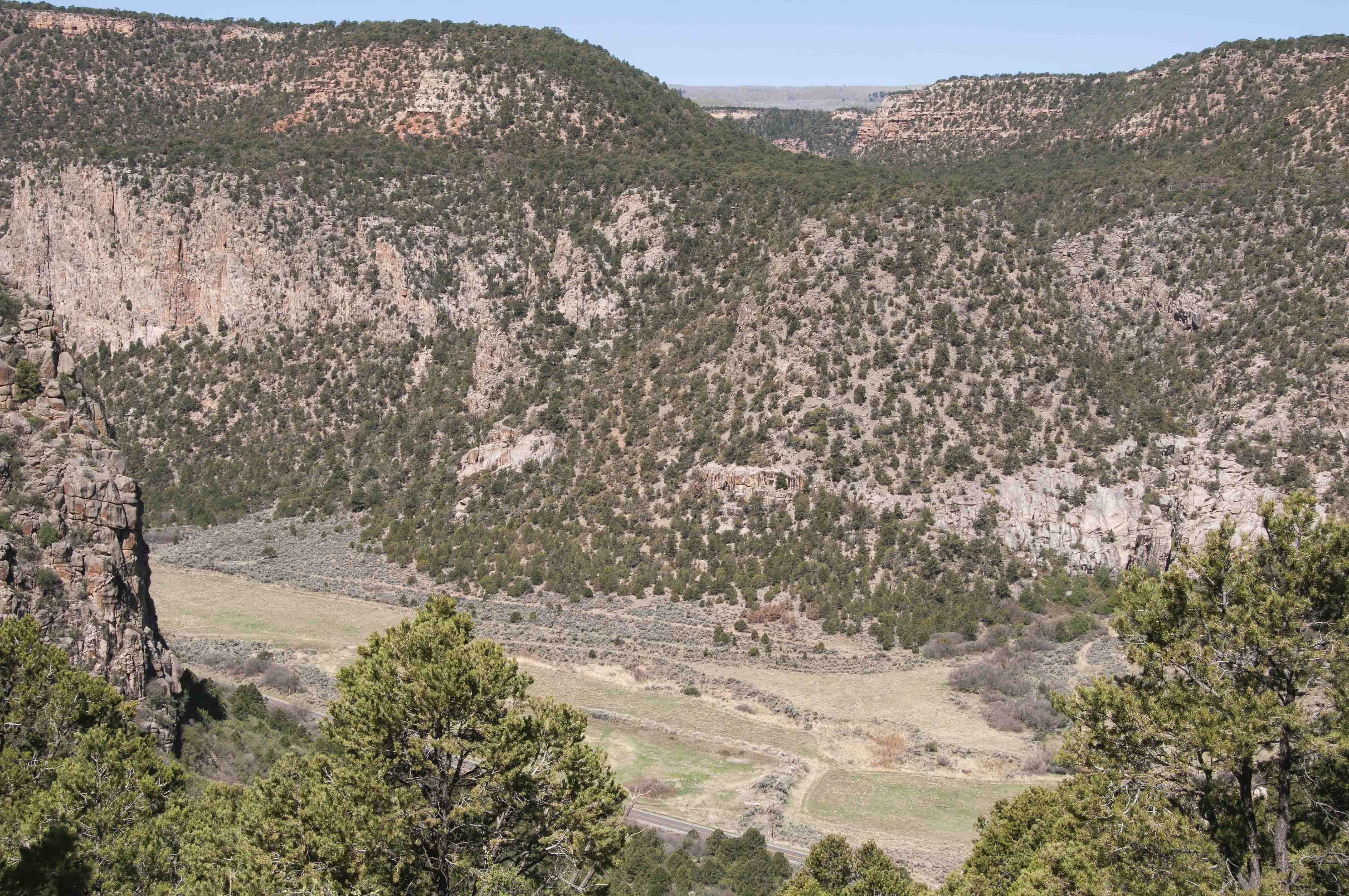 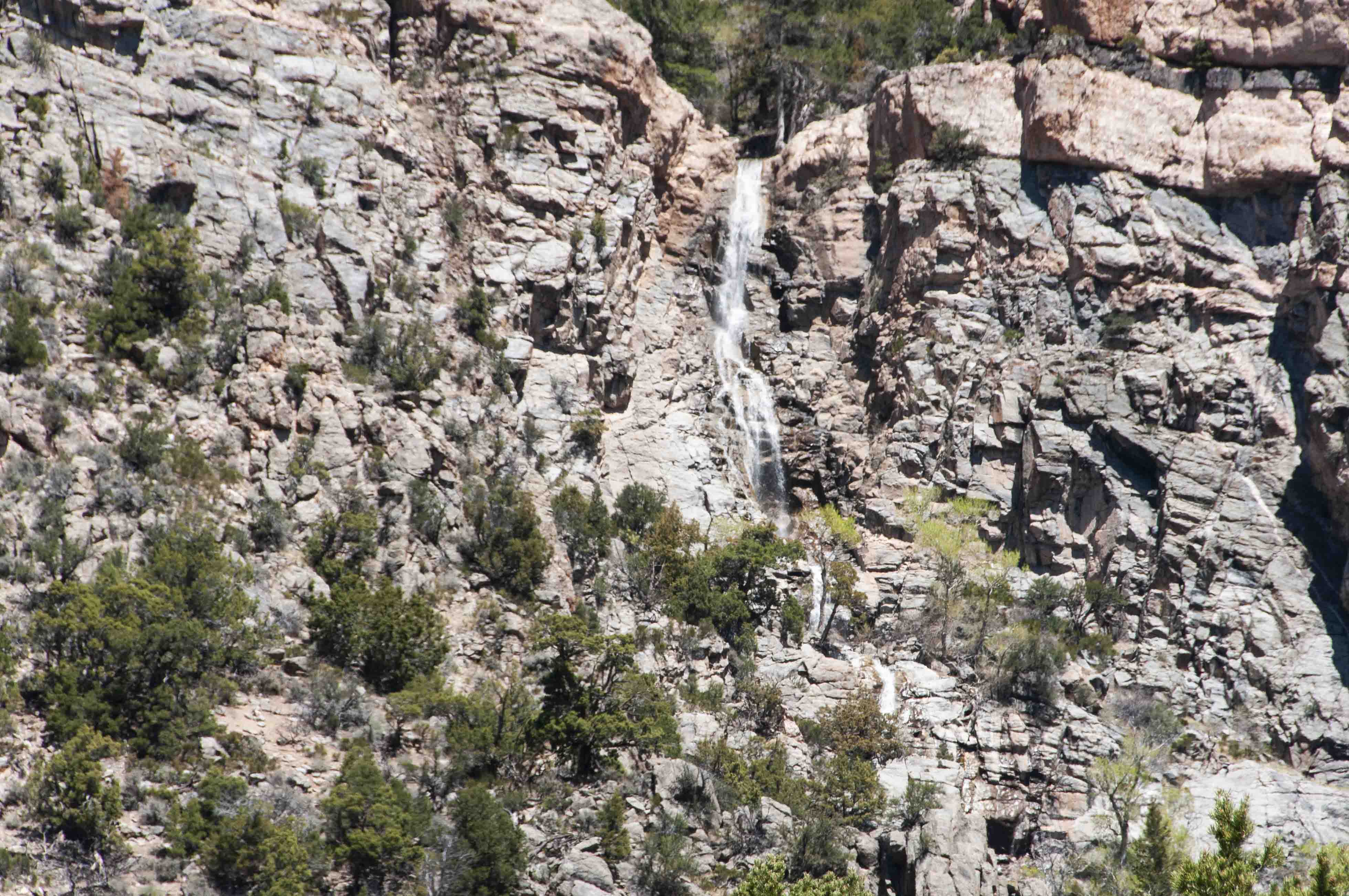 Fall Creek falls off the north rim of Unaweep Canyon and joins West Creek. There are no signs marking the waterfall , and it's easy to miss. It's probably easier to spot traveling east on CO 141. Definitely enter the coordinates as a waypoint in your GPS unit.

Driggs Mansion, located at about mile marker 129, was built for Laurence Driggs around 1918 by Grand Junction stonemason Nunzio Grasso and his son. The one-story residence, built in an Italian farmhouse style, had 6 rooms totaling 1,200 square feet. Driggs sold the property in 1923 to a trio of Grand Junction residents who used it as a hunting cabin. Weathering and vandalism took their toll over the years until most of the walls were partially collapsed. Stabilization efforts were started in the 1990s, and the house was listed on the State Register of Historic Properties in 2005. A pair of photos taken in 2017 and then again in 2020 are included below. 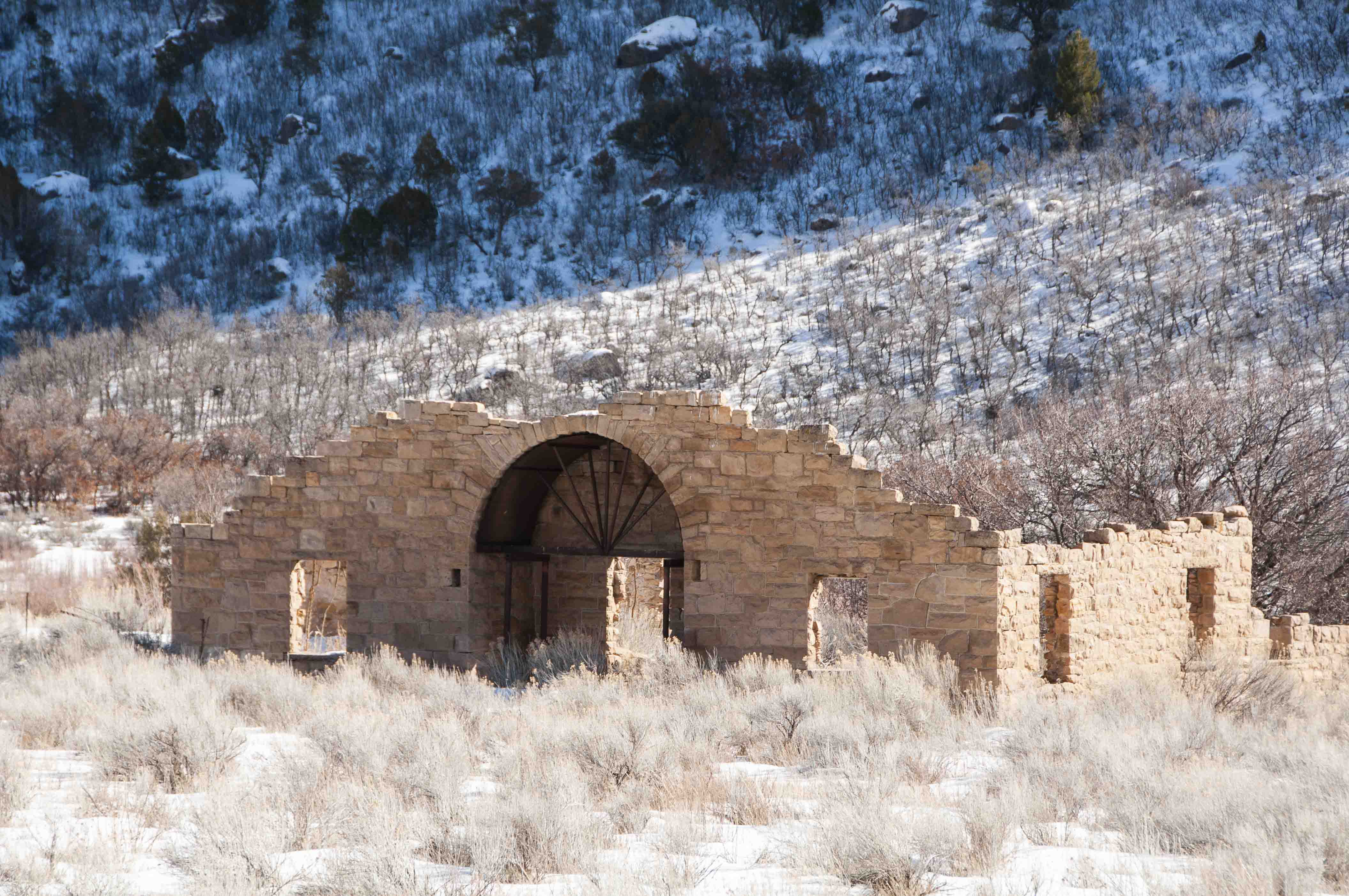 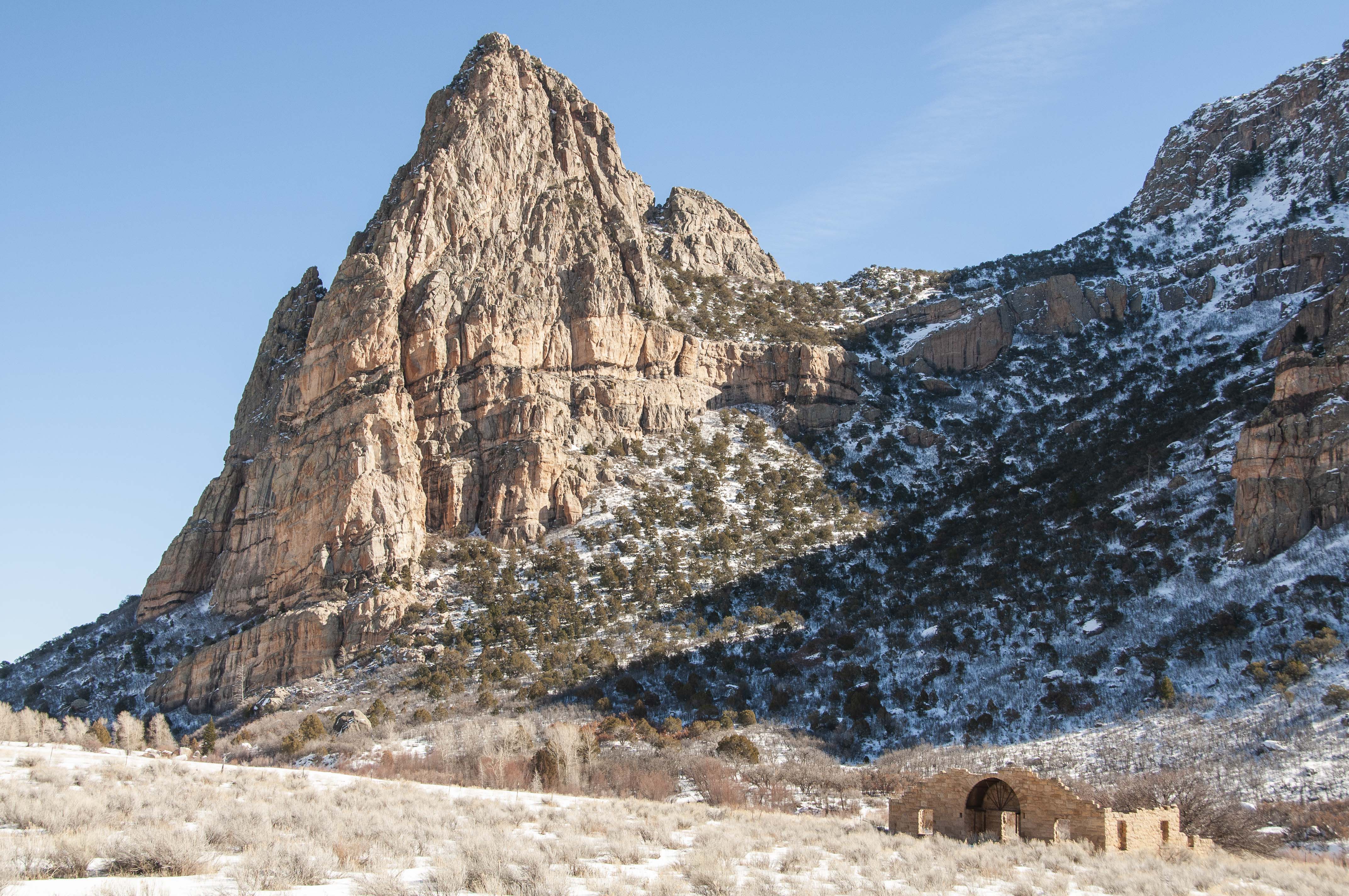 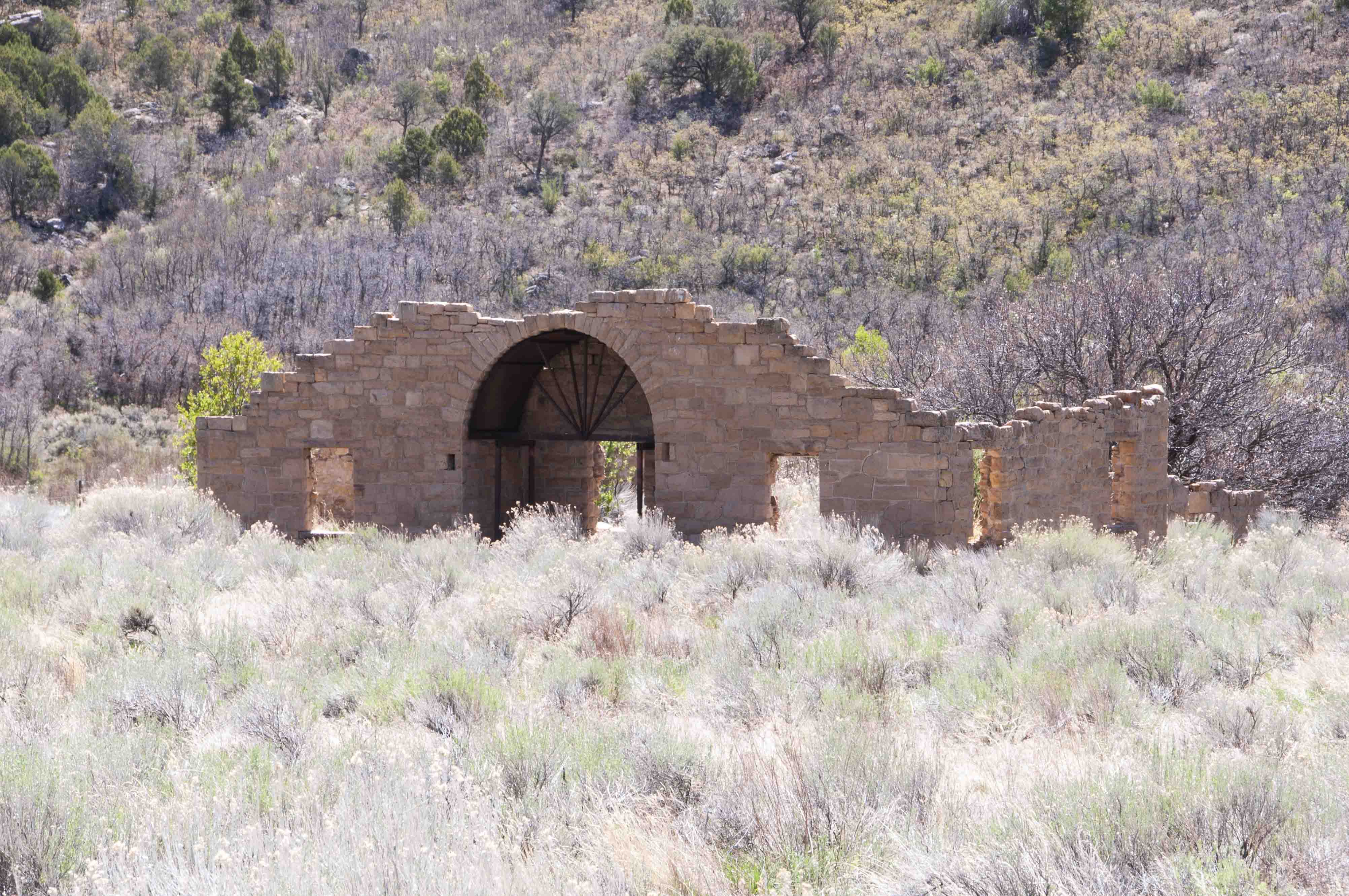 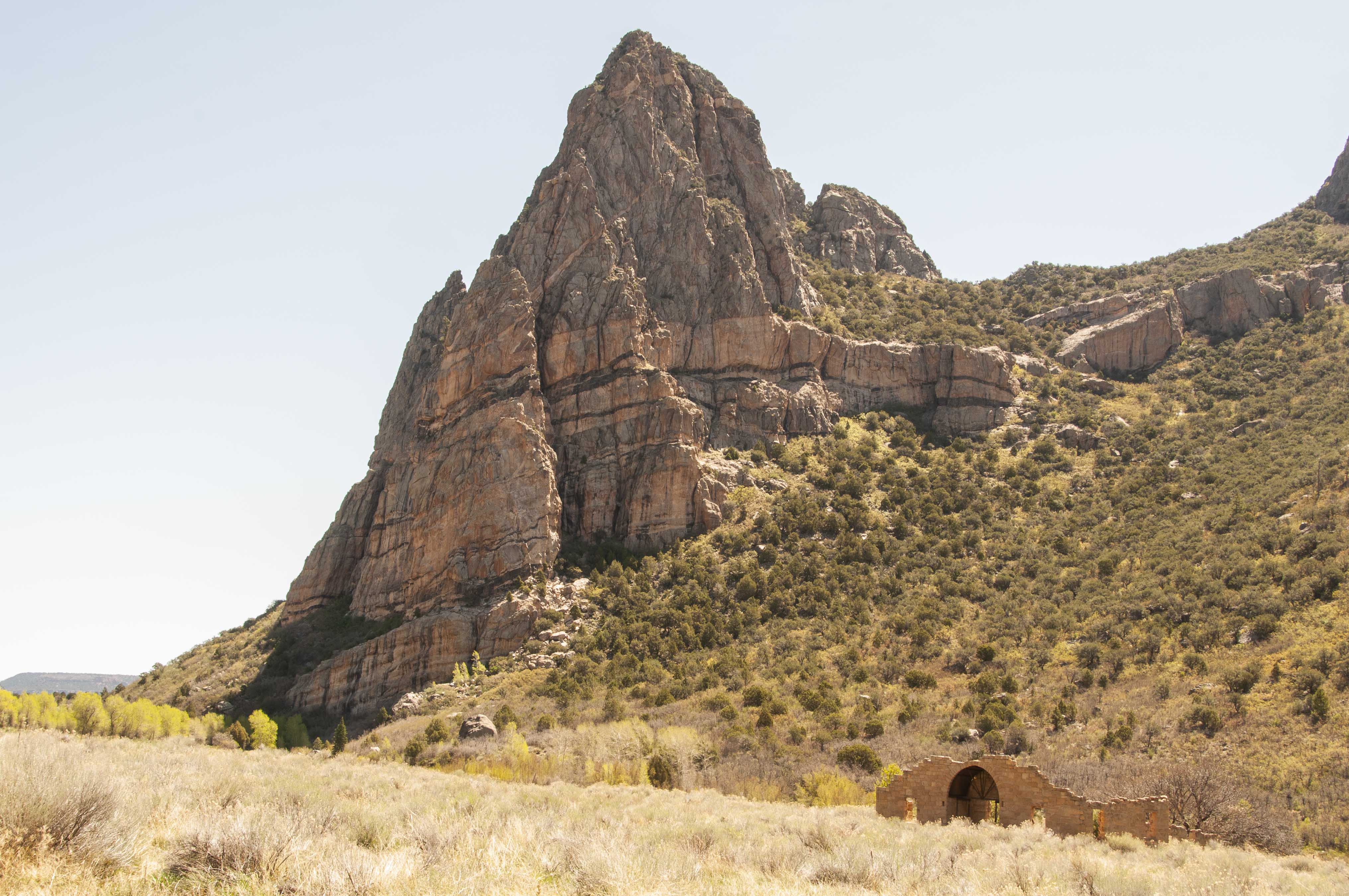 The next stop on the road trip is Unaweep Seep Natural Area. This is a unique riparian wetland formed by the abundant water from as many as two dozen seeps or springs flowing from the north wall of Unaweep Canyon. It's home to several rare and unique species of flora and fauna. There is a viewing area with benches located on the south side of the highway across from the seep. If you're really, really lucky you may see a bighorn sheep or two. The large rock promontory behind Unaweep Seep is known as Camel Point. Camel Point supposedly got its name from an outlaw who murdered a guy then threw the body off the rock to hide it. The outlaw's name was Campbell, which morphed into Camel over time. 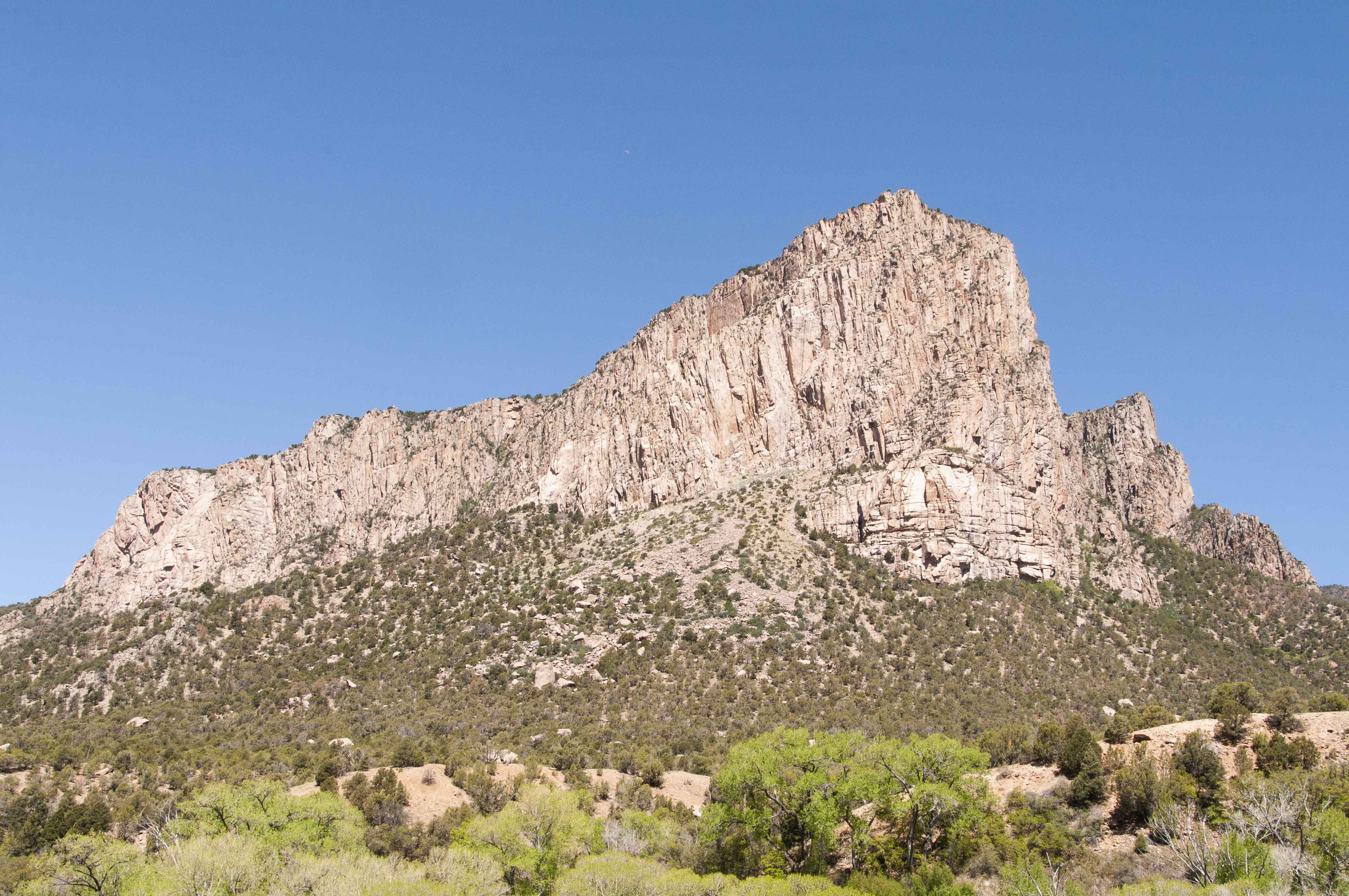 The West Creek Picnic Area is a good place to stop and recharge, either coming or going. There are several picnic tables and a vault toilet. The picnic area is located right along side West Creek - a good place to cool your toes. There might also be a swimming hole. 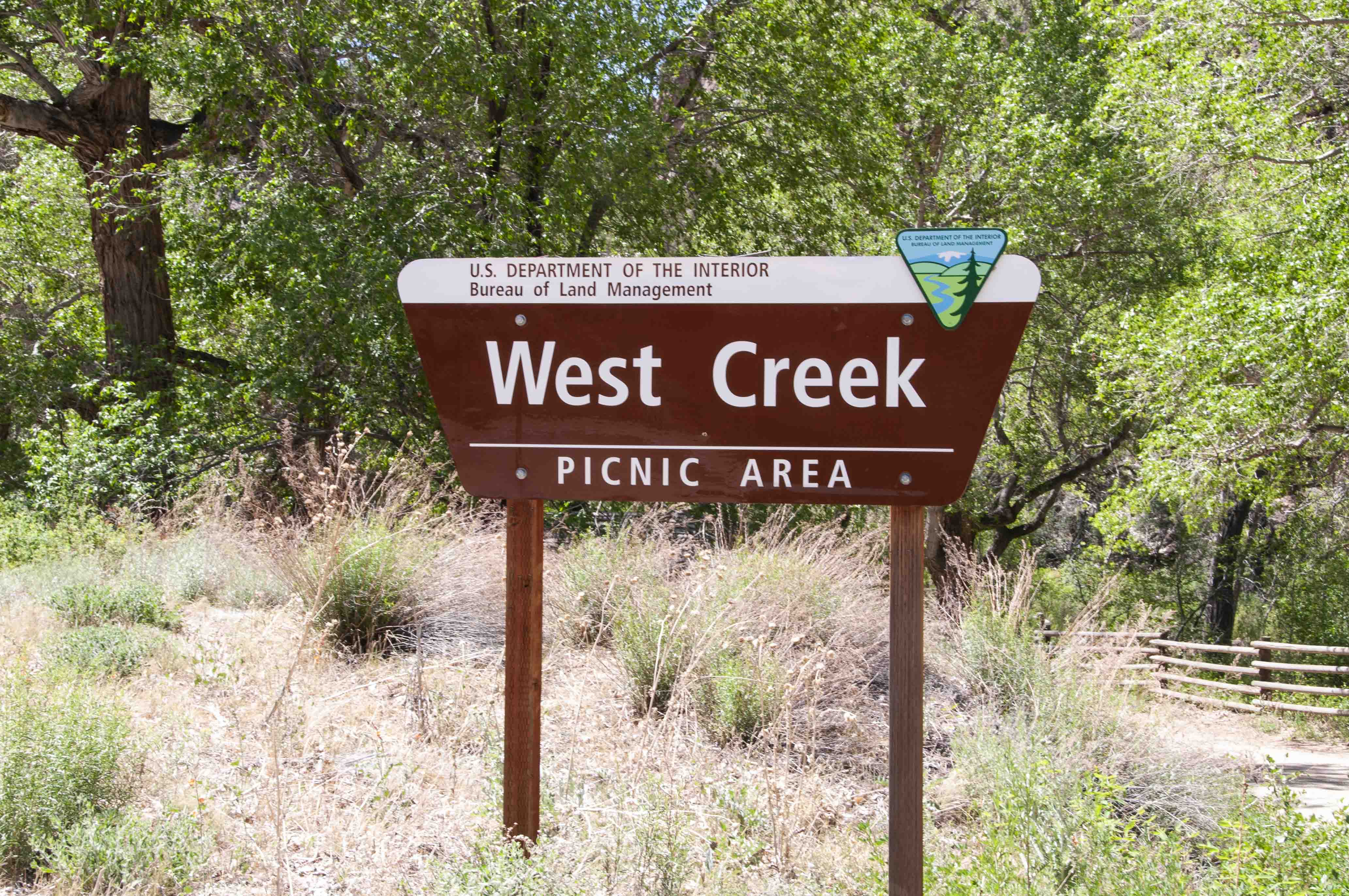 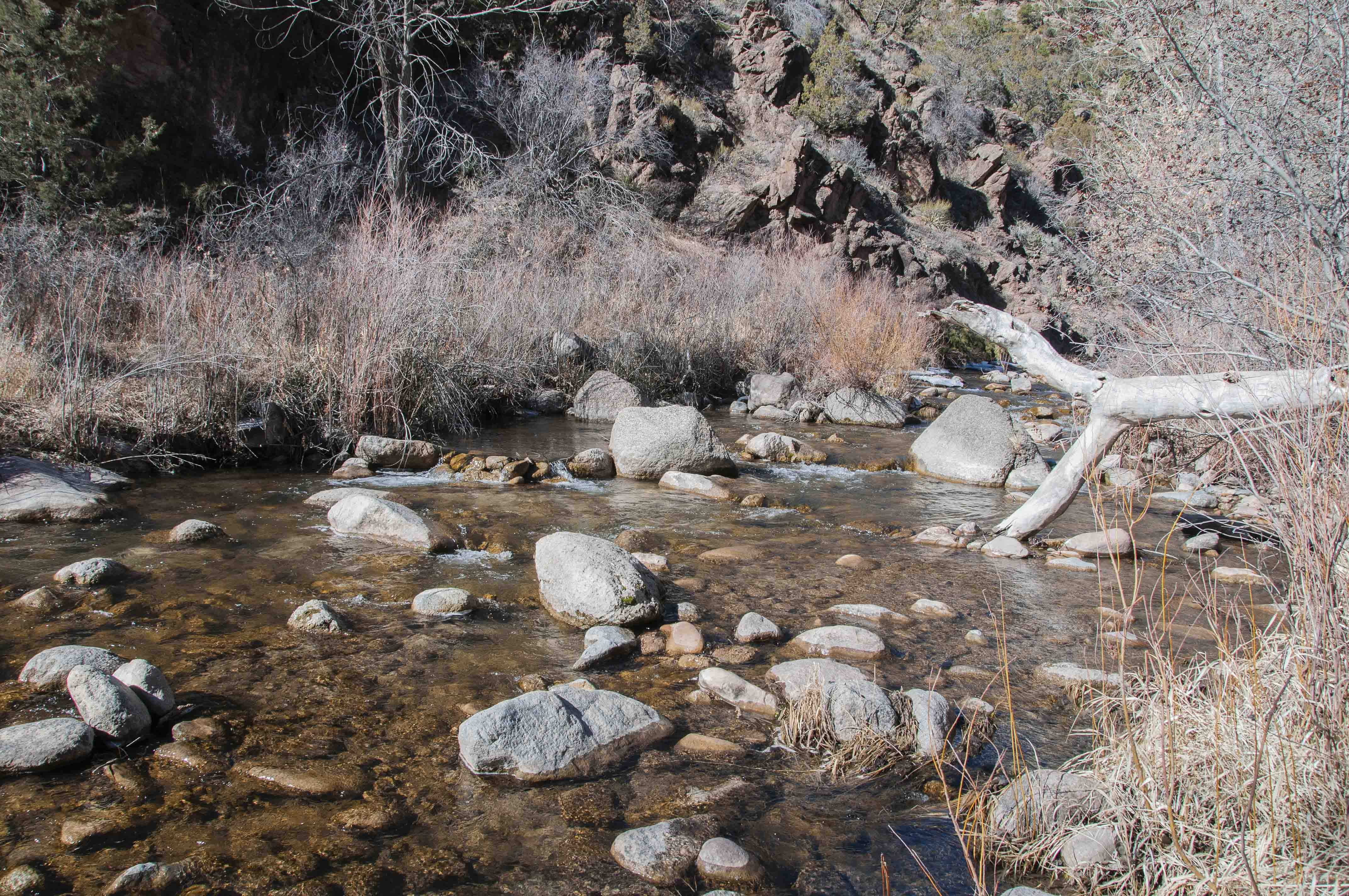 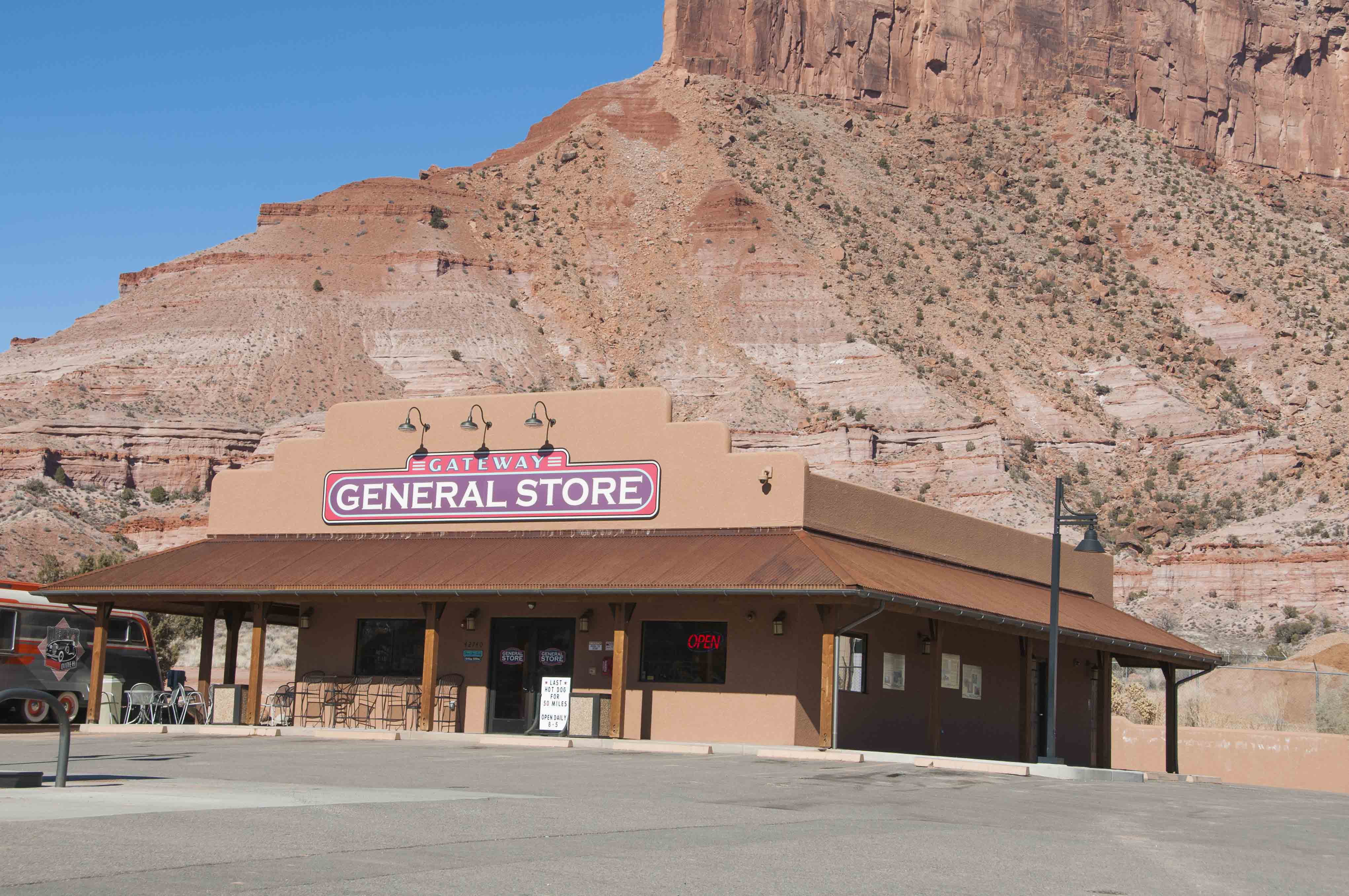 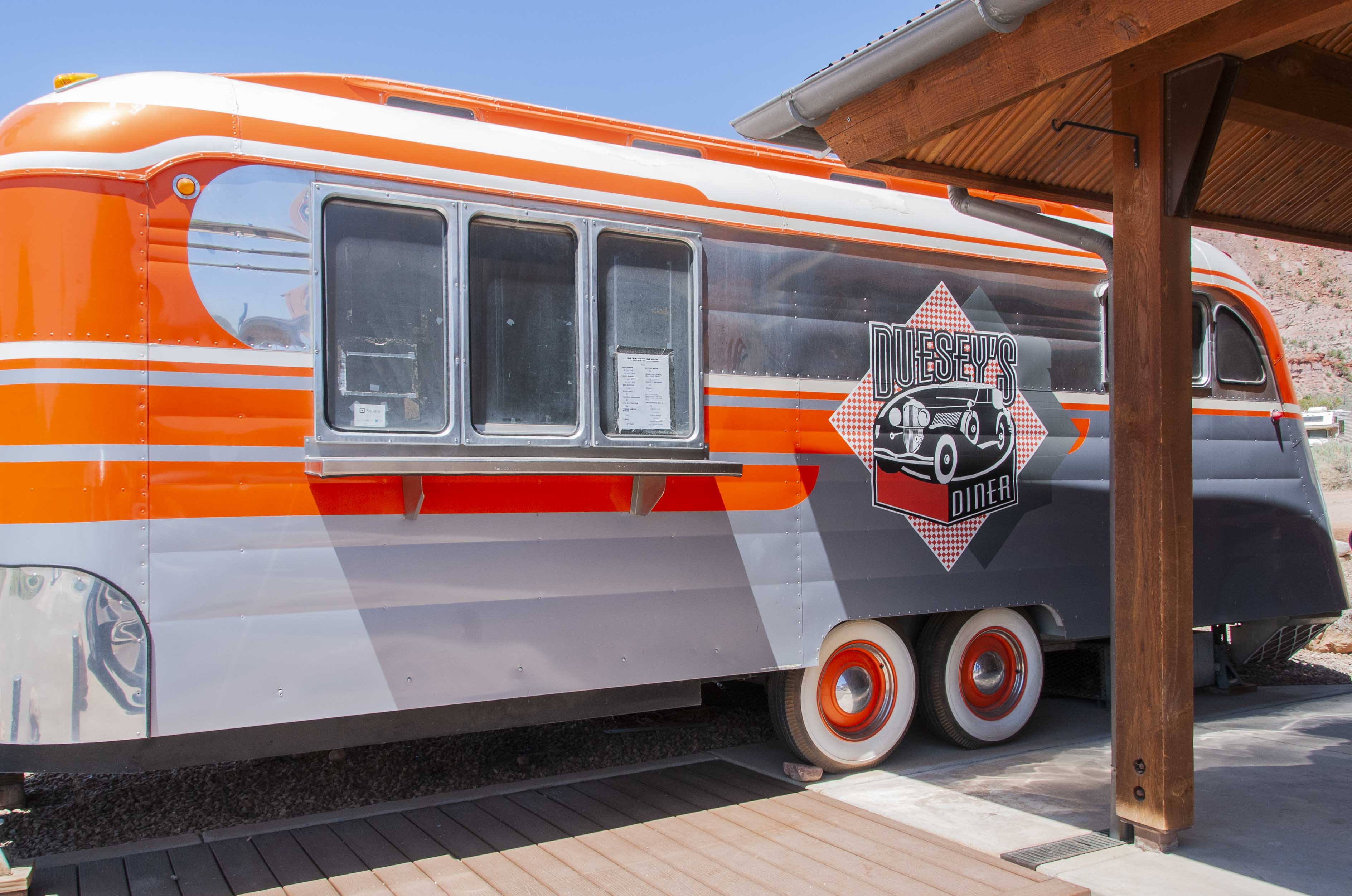 We've reached our final destination before starting the trip home, the metropolis of Gateway (population ~ 22). The business district consists of the Gateway General Store and Duesey's Diner. Next door to the general store is the government building which houses the fire station, public library, community center, and post office. 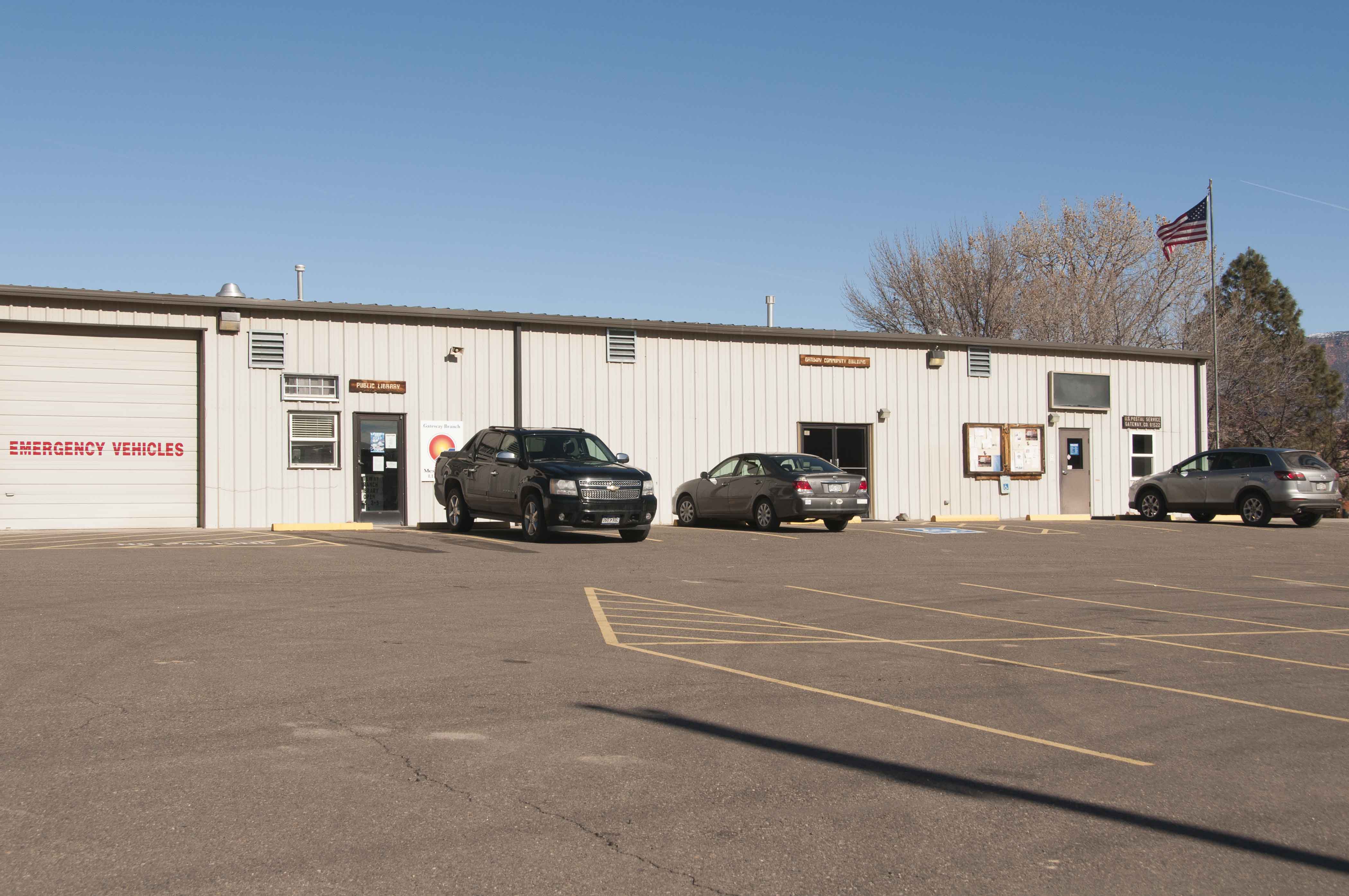 The Gateway Canyons Resort is located just to the west of Gateway. This is a high-class affair (think expensive) owned by billionaire John Hendricks (Discovery Channel founder). I understand it's for sale for a mere $279 million. Henrick's fabulous antique car collection is housed in a museum located at the resort. 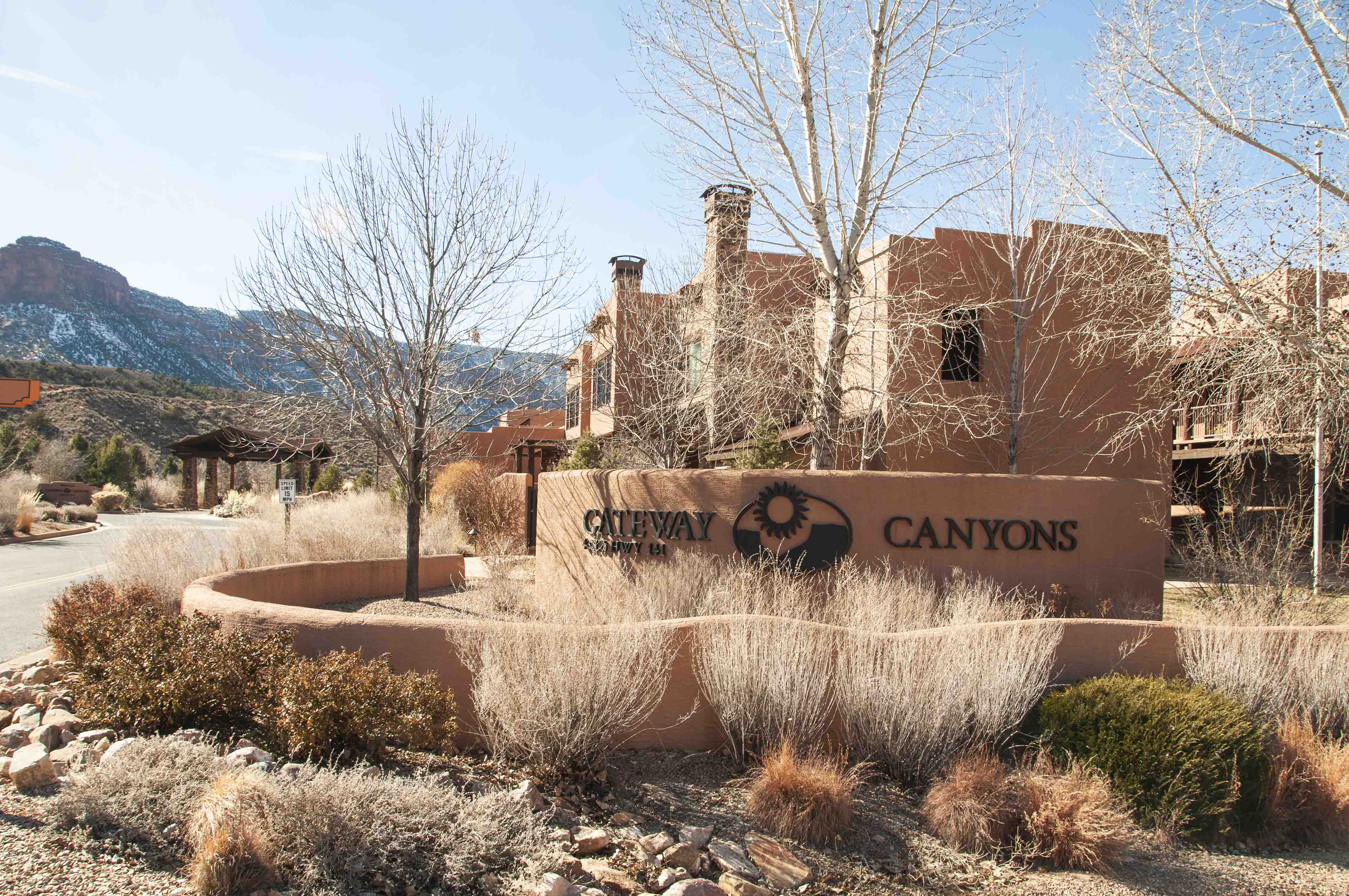