Toketee Falls is on the list of must-see places in Oregon. To get there turn north onto Toketee-Rigdon Road from OR Hwy 138 between mile posts 58 and 59. Bear left at the road fork after 0.2 mile, cross a bridge, then take an immediate left to the Toketee Falls parking lot and trailhead. The trail is a moderate 0.8 mile out and back hike with a few sets of steps. It ends at a viewing platform with a pretty good view of the falls, although not straight on. Toketee Falls is fed by the North Umpqua River. Much of the river is diverted around the falls to a downstream hydrdoelectric plant by the wooden Toketee Pipeline. Toketee Falls plunges a total of 113 feet in two tiers. The first tier is a 28 foot drop into a small pool followed by an 85 foot drop down a columnar basalt cliff into a second larger pool.

For the photo geeks - When taking photos of fast-moving streams and waterfalls it's always fun to shoot at slow shutter speeds to blur out the water. I have included 2 pairs of photos where one of each pair was shot at a fast shutter speed and the other at a slower speed. 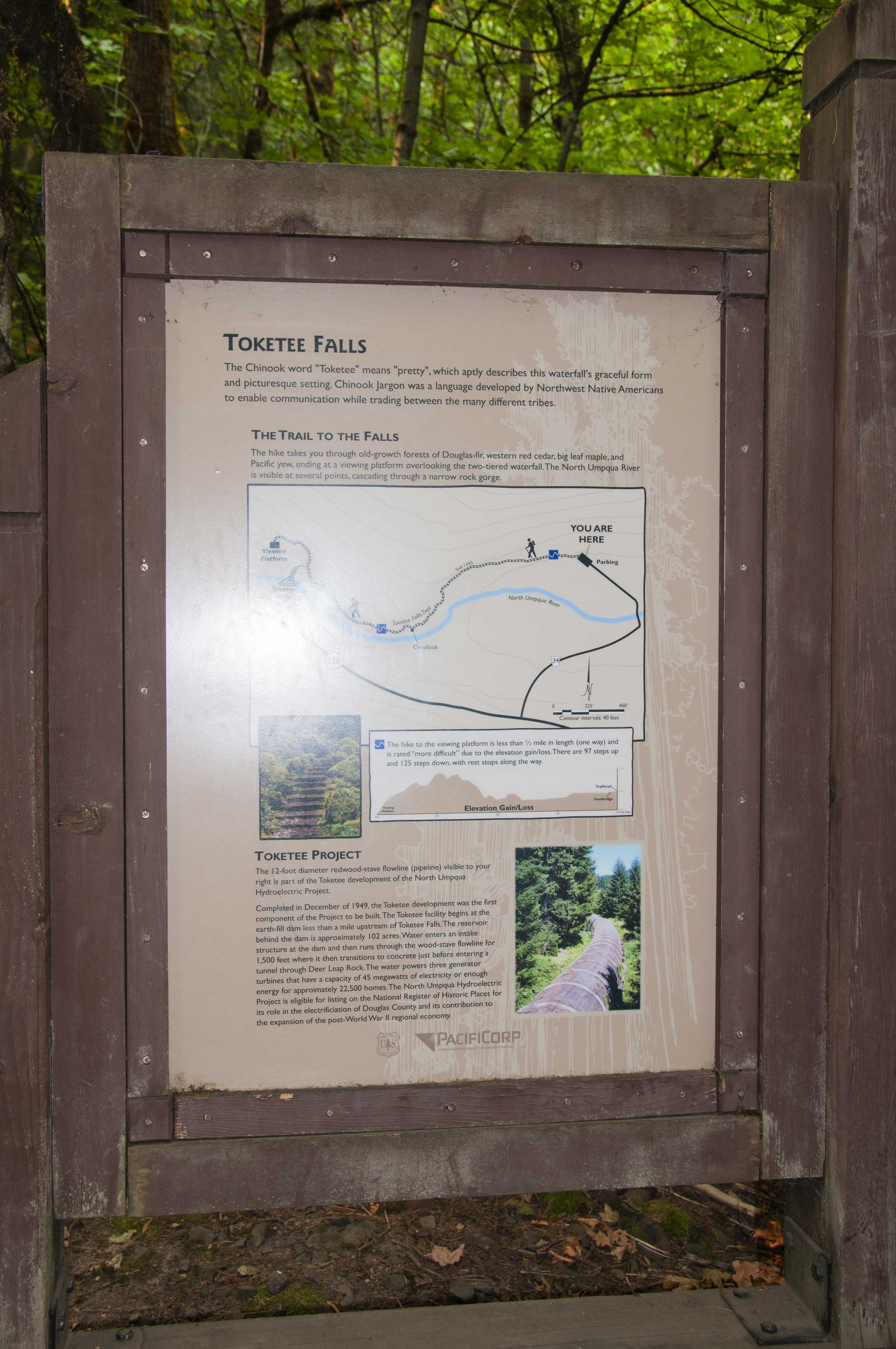 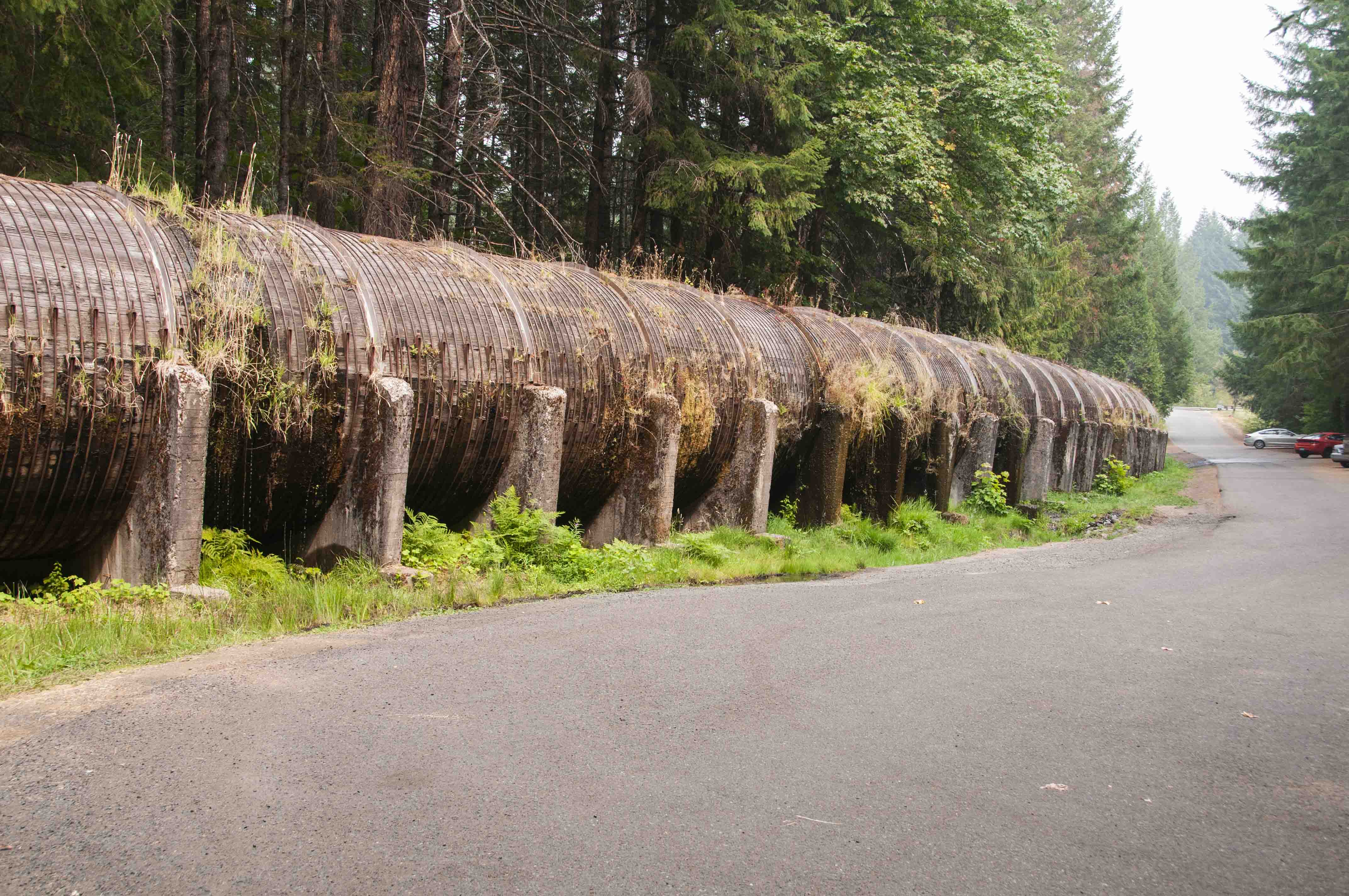 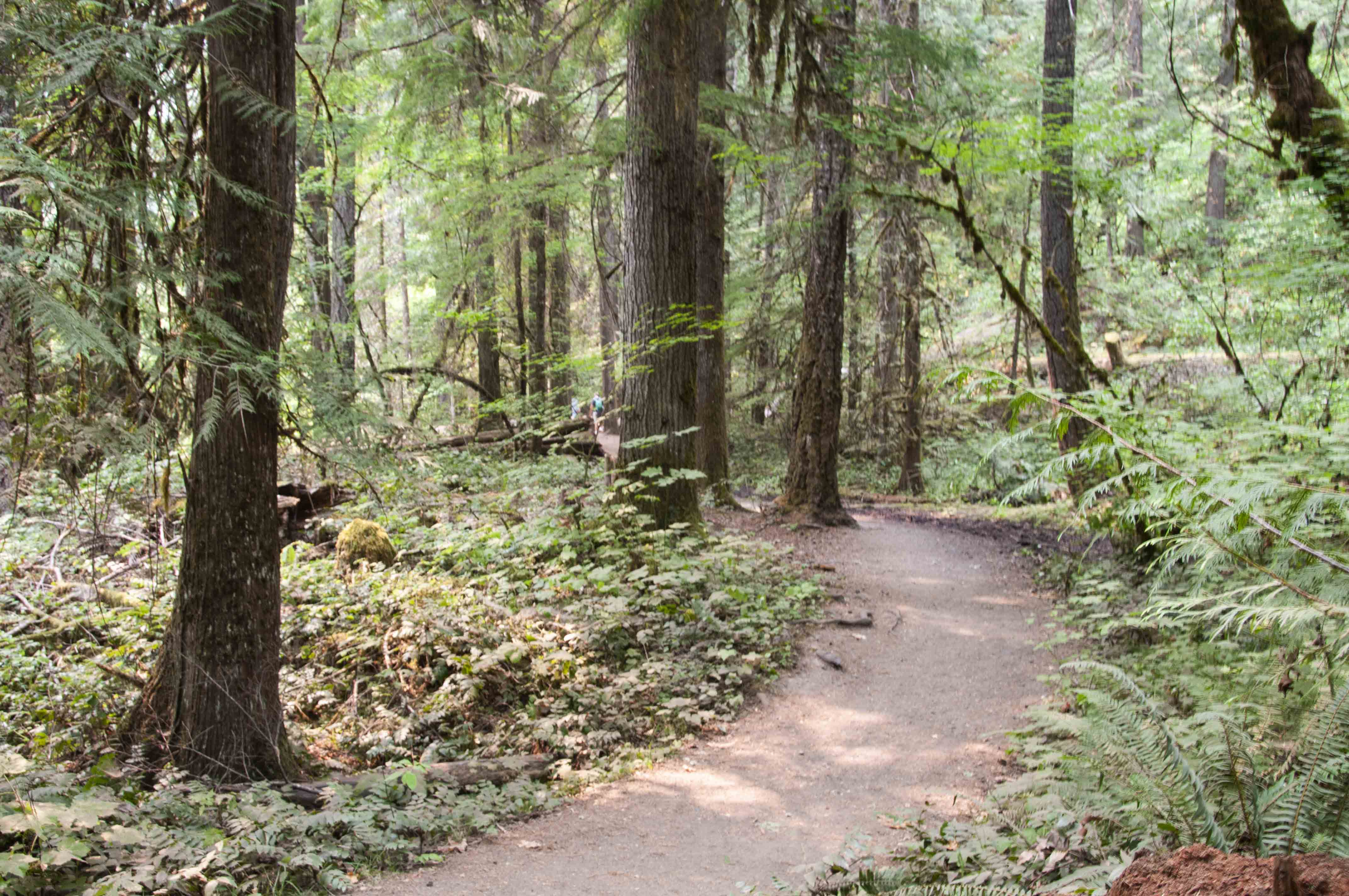 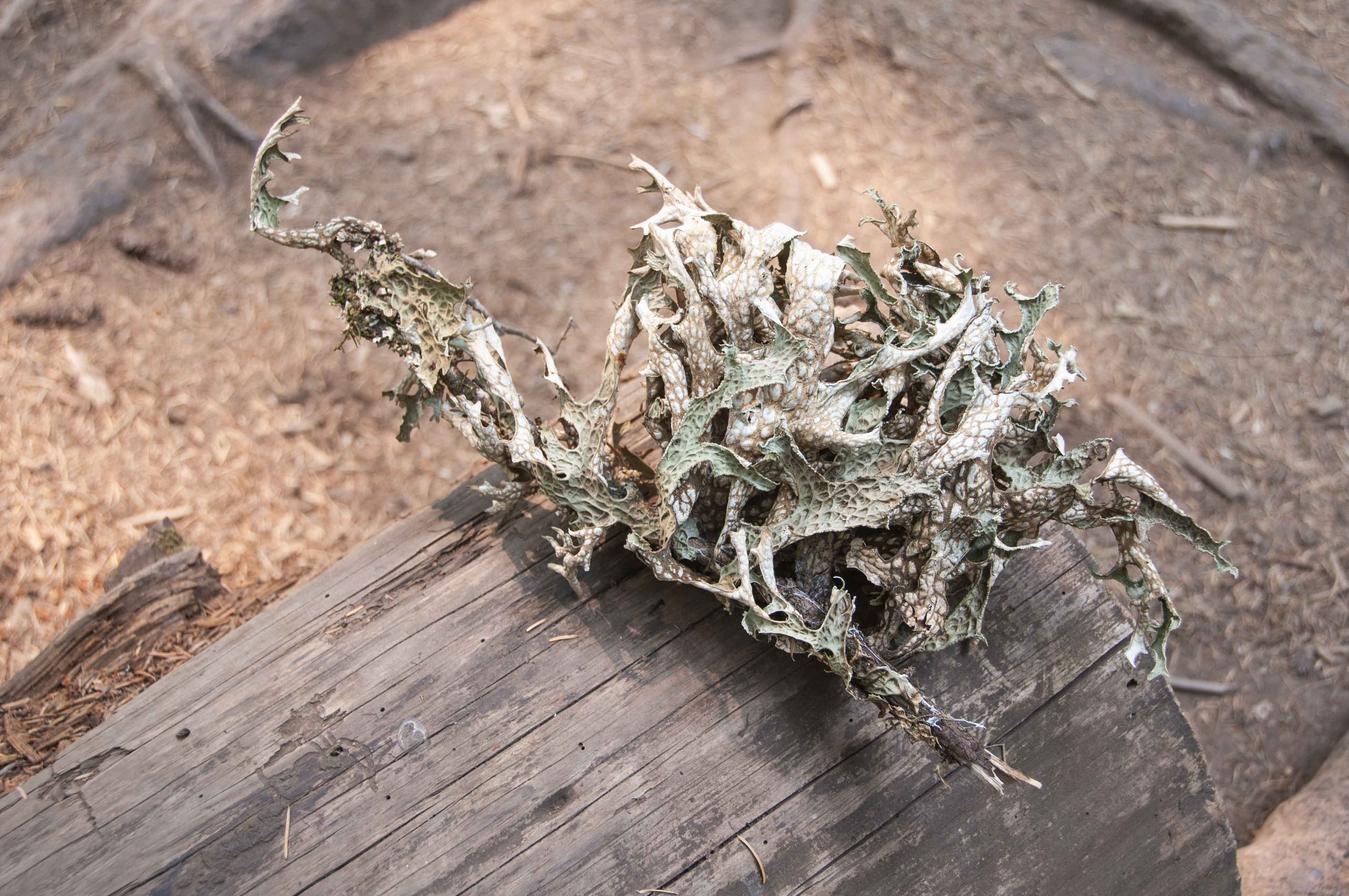 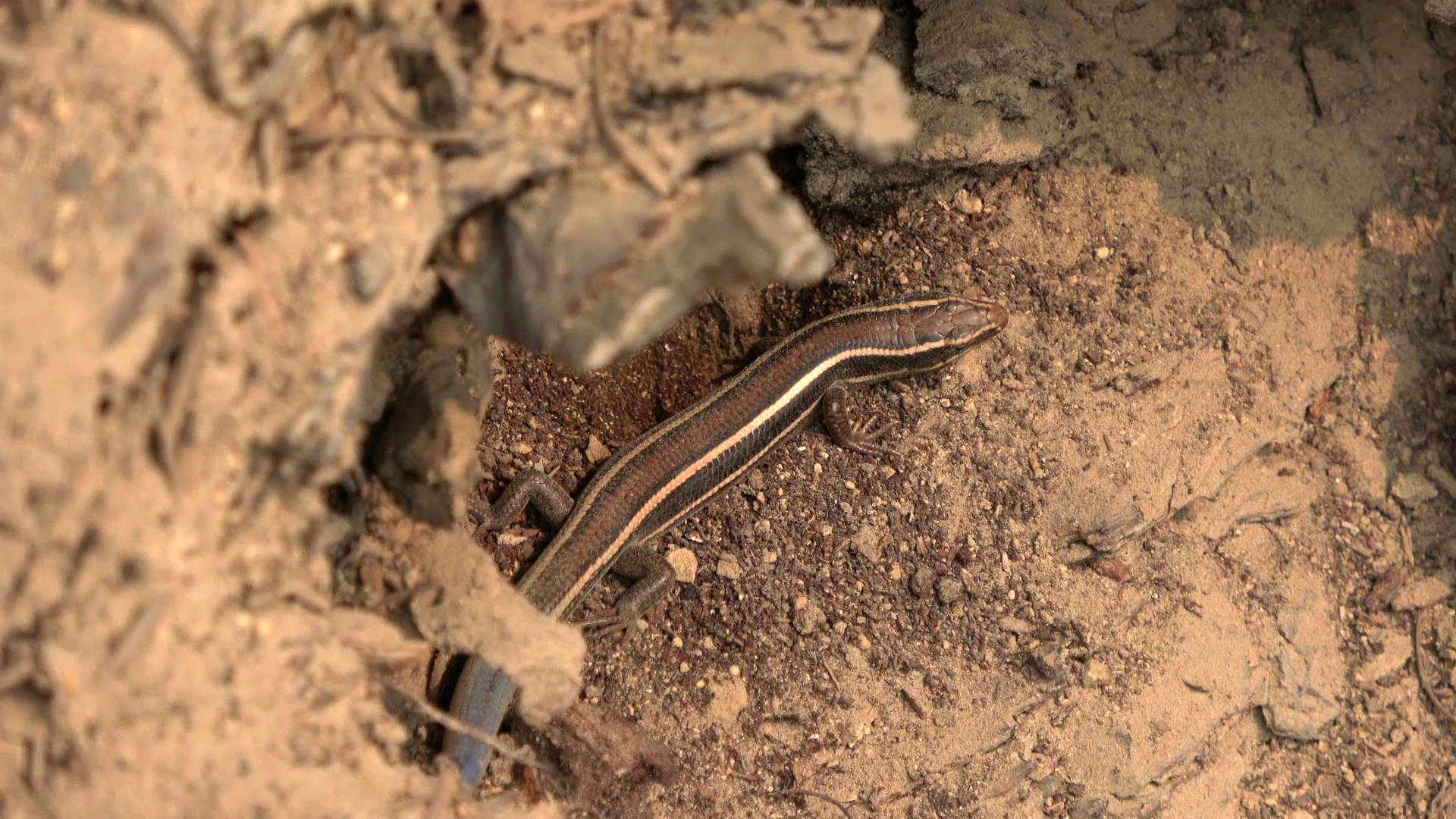 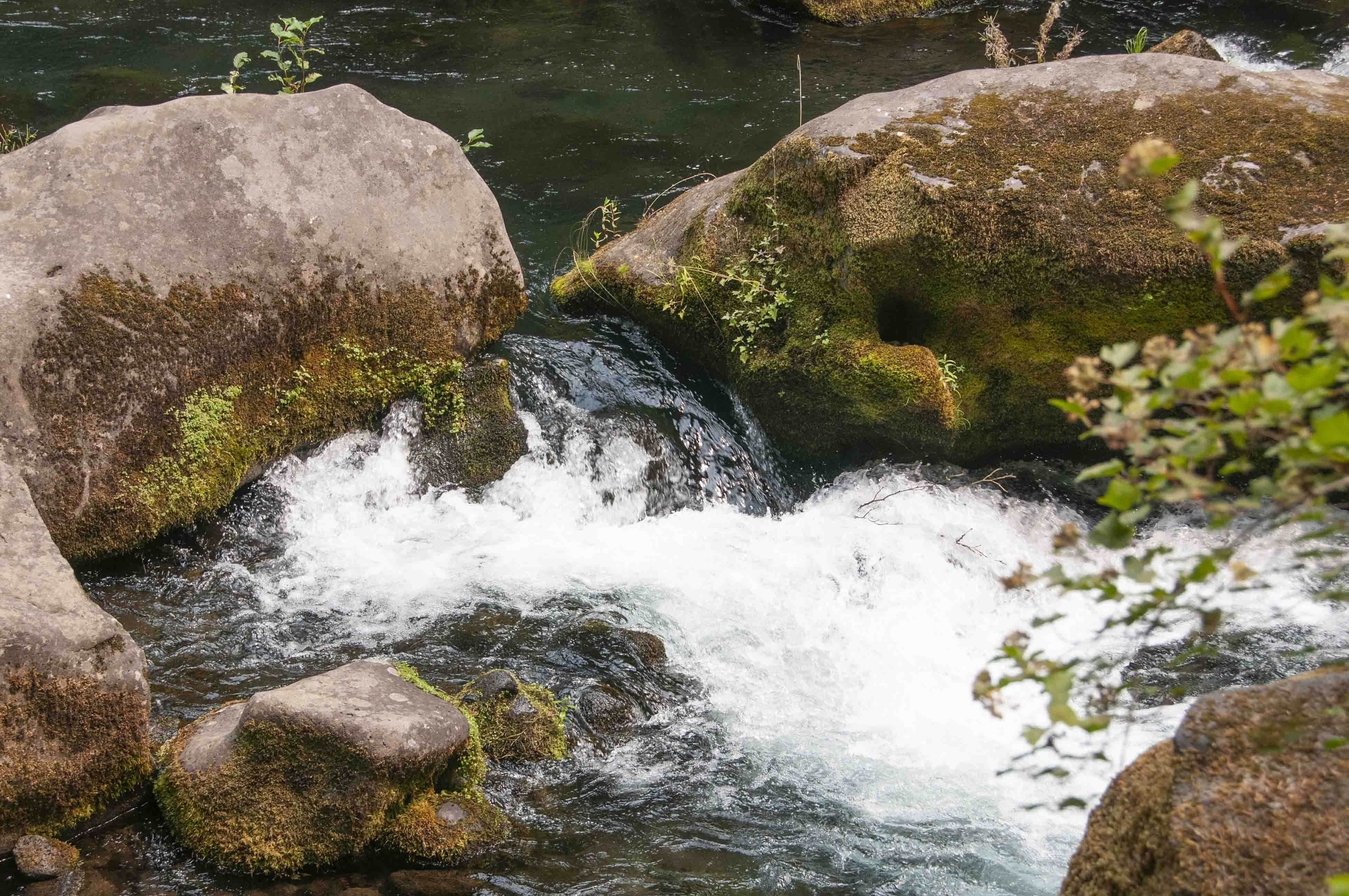 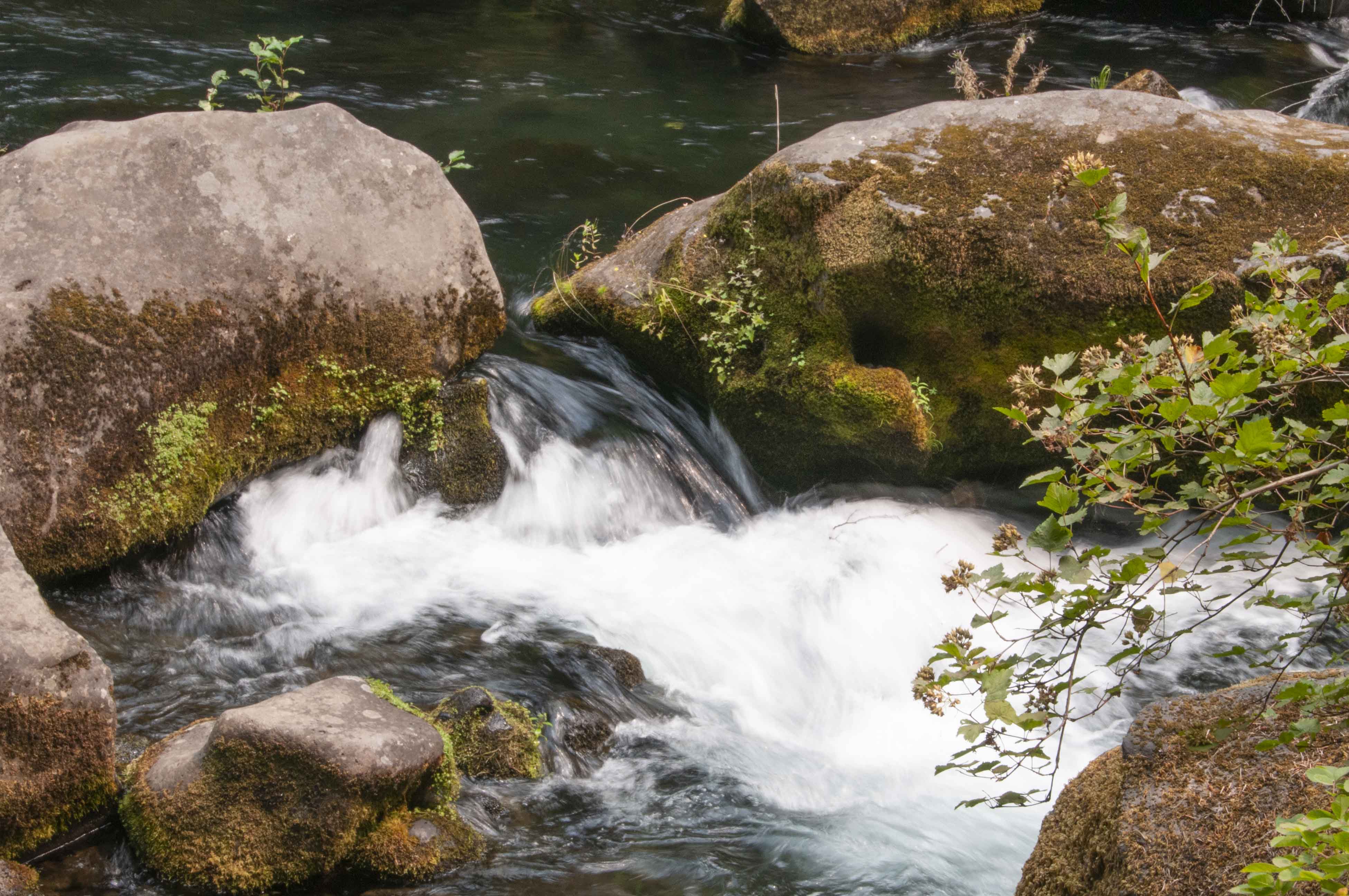 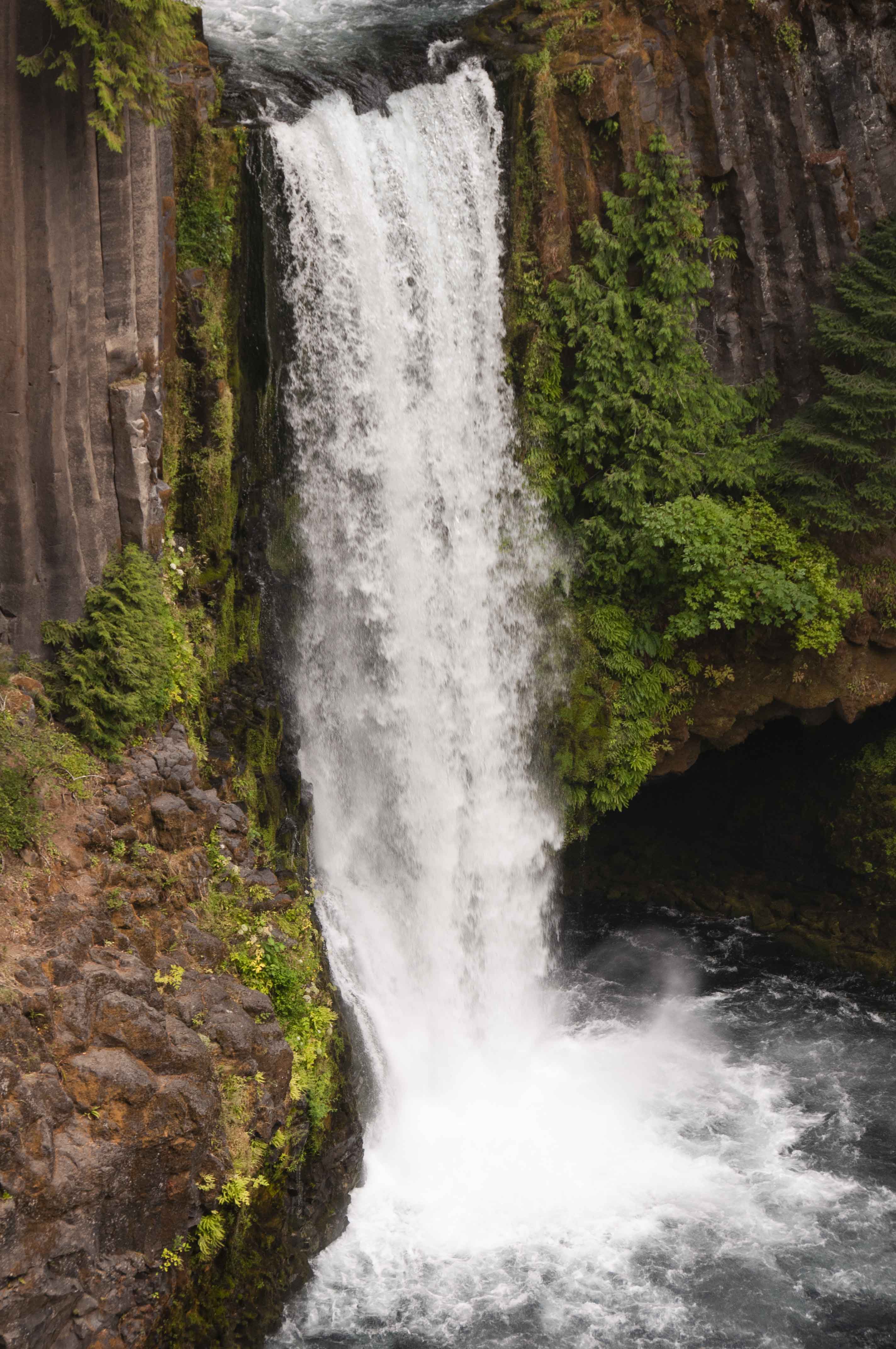 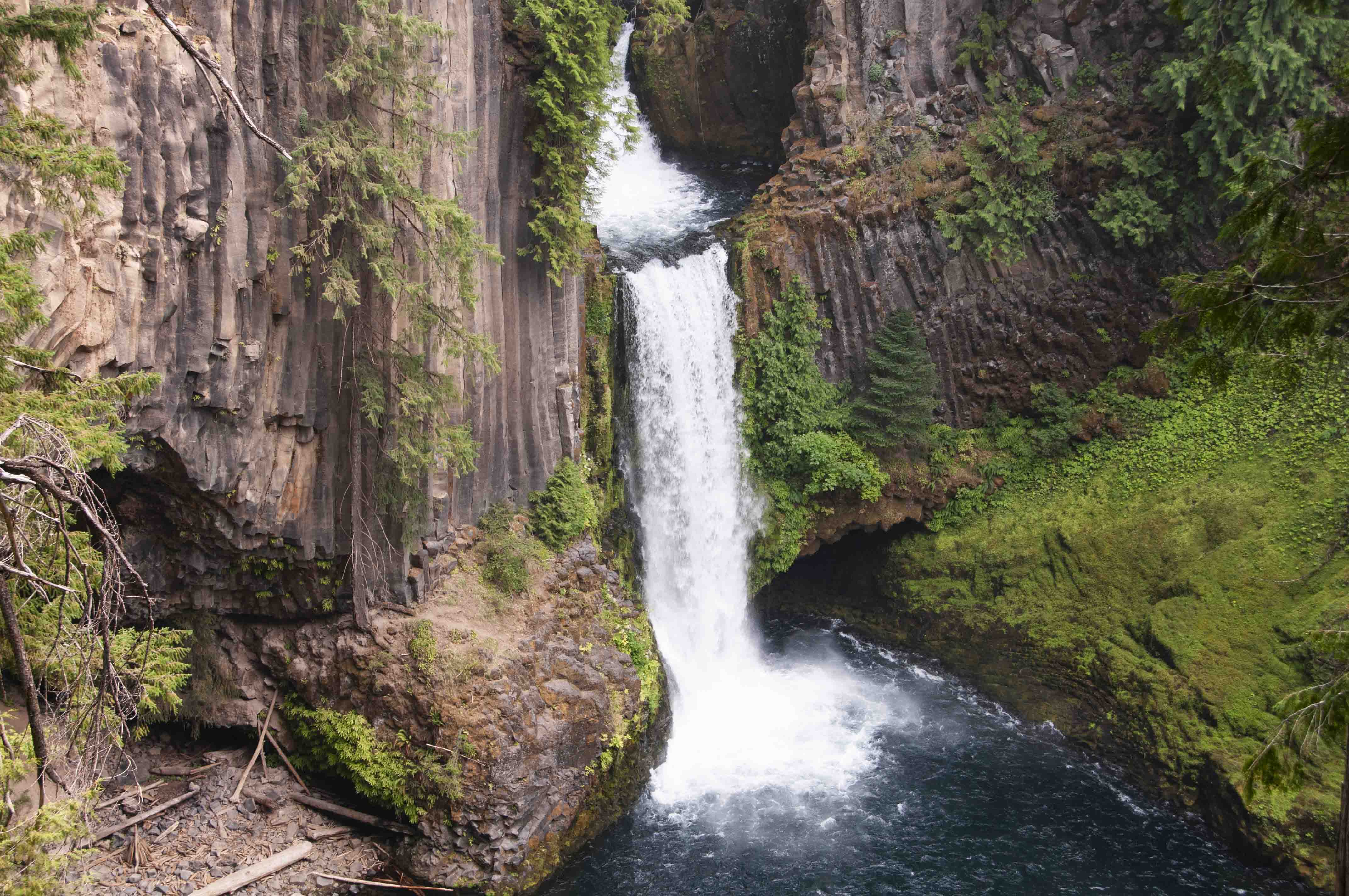 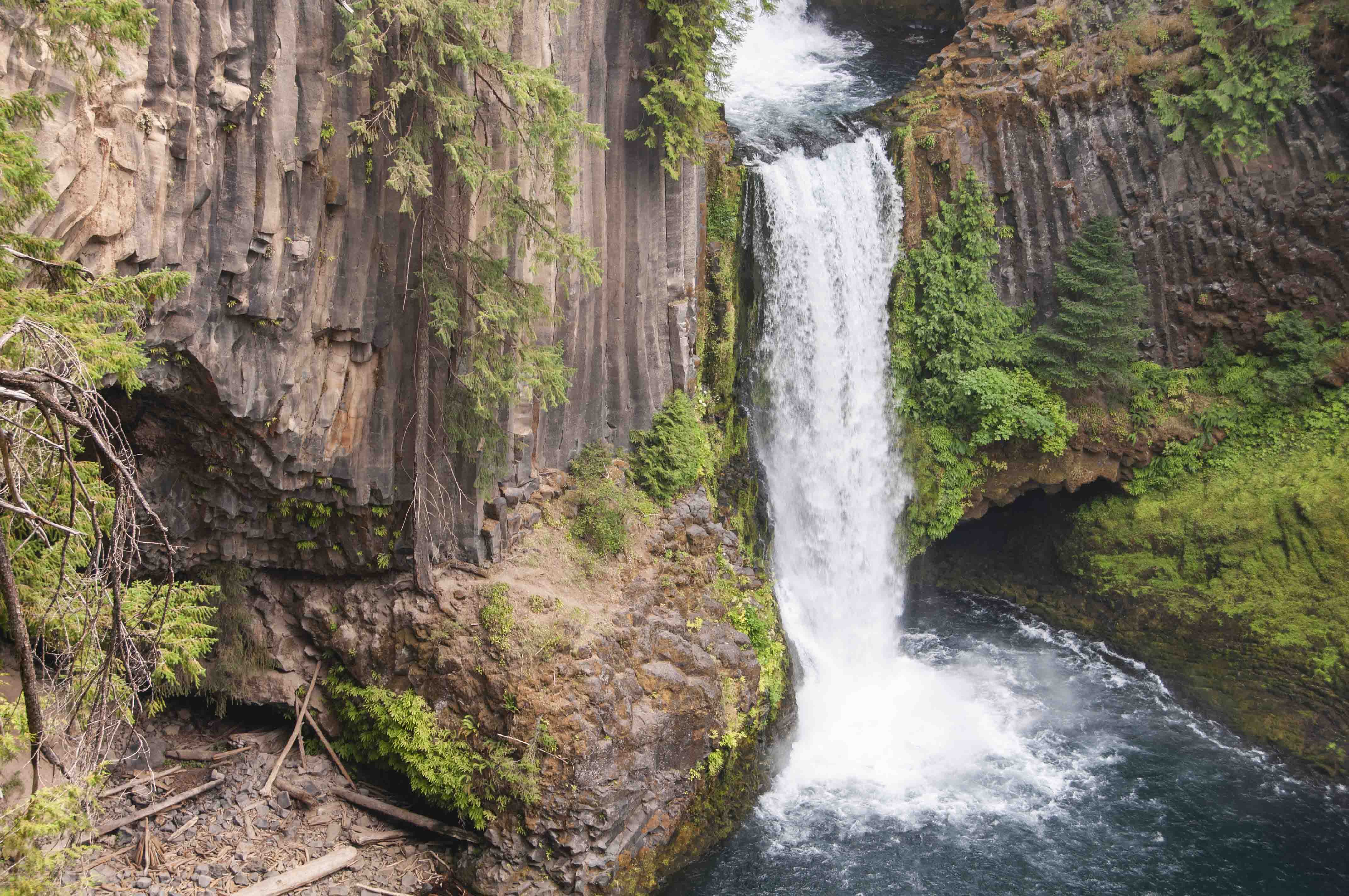 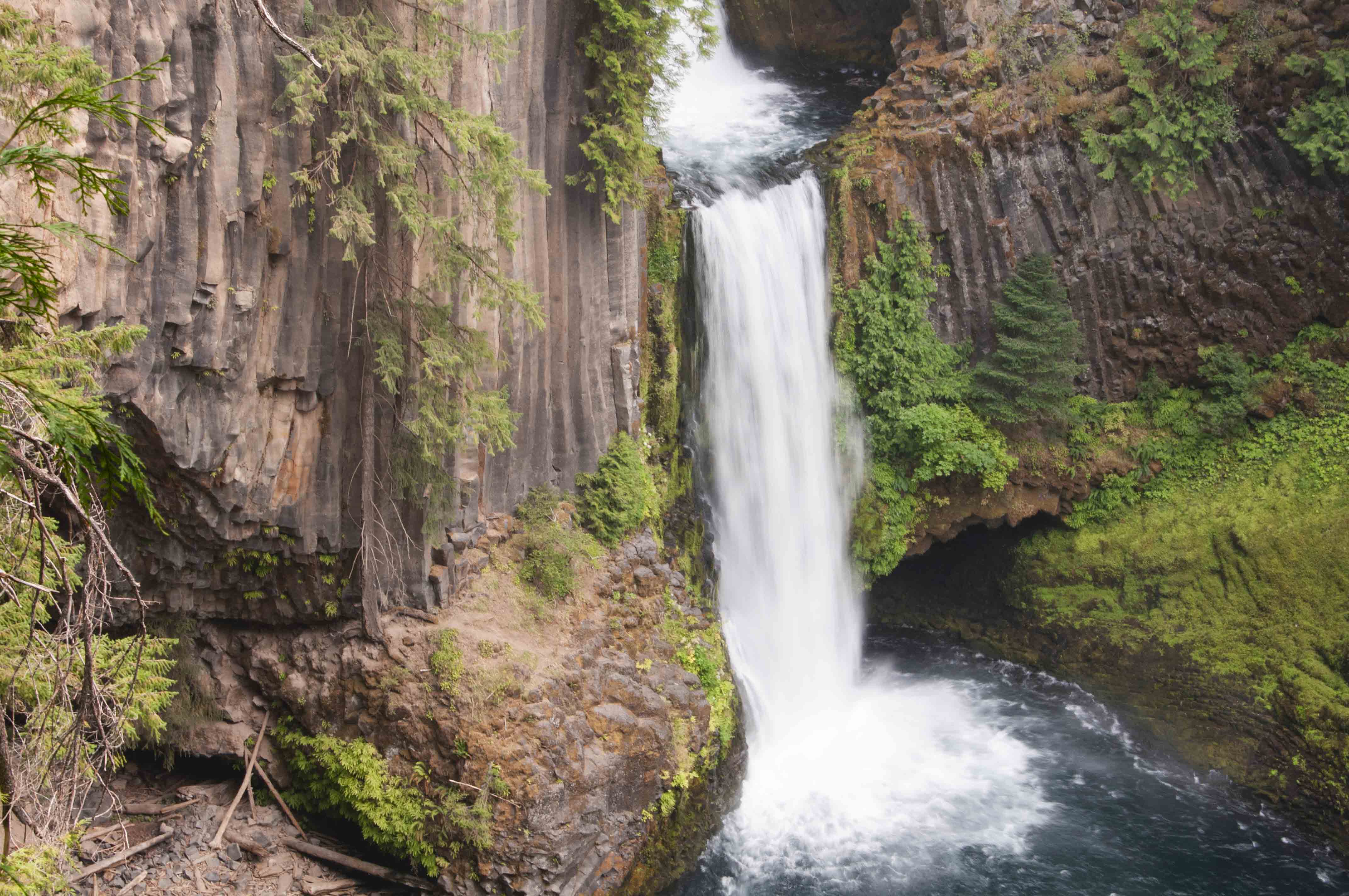