Tinkertown Museum, located in Sandia Park, New Mexico, contains an asolutely amazing collection of folk art and Americana. The museum is the life's work of Ross Ward. It was opened in 1983 in a log cabin and has since grown to its present size of 22 rooms, apparently built with no master plan in mind. Many of the walls are constructed using more than 50,000 glass bottles and other recycled materials. The centerpieces of the museum are a miniature, animated western town and a miniature circus. There are several operating, antique arcade machines, numerous old signs and license tags, and a mind-bogling array of americana collections. The outside of the museum is just as eclectic as the inside, with old western store facades, funky memoribilia, a circus wagon, metal sculptures, and much more. 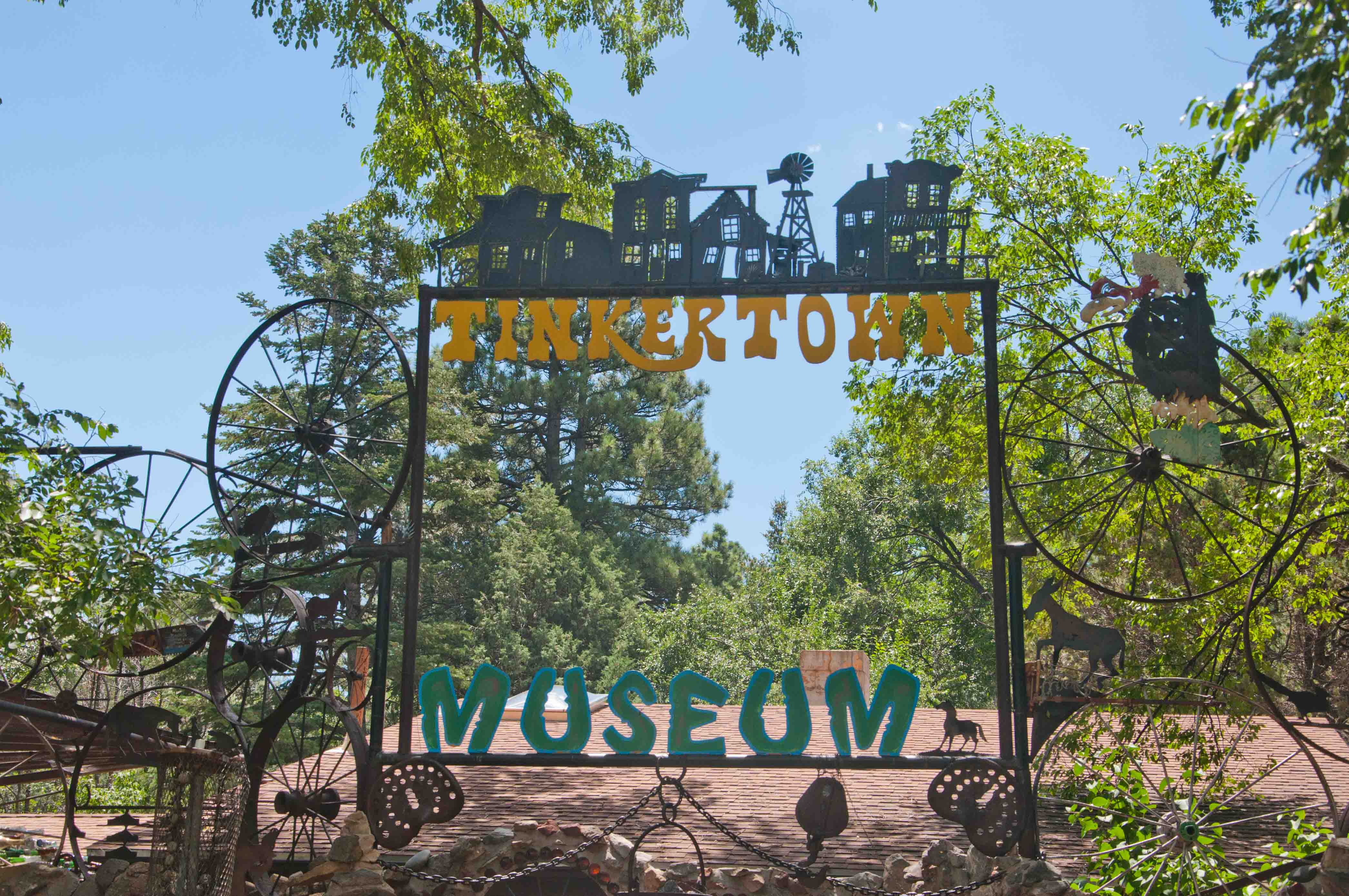 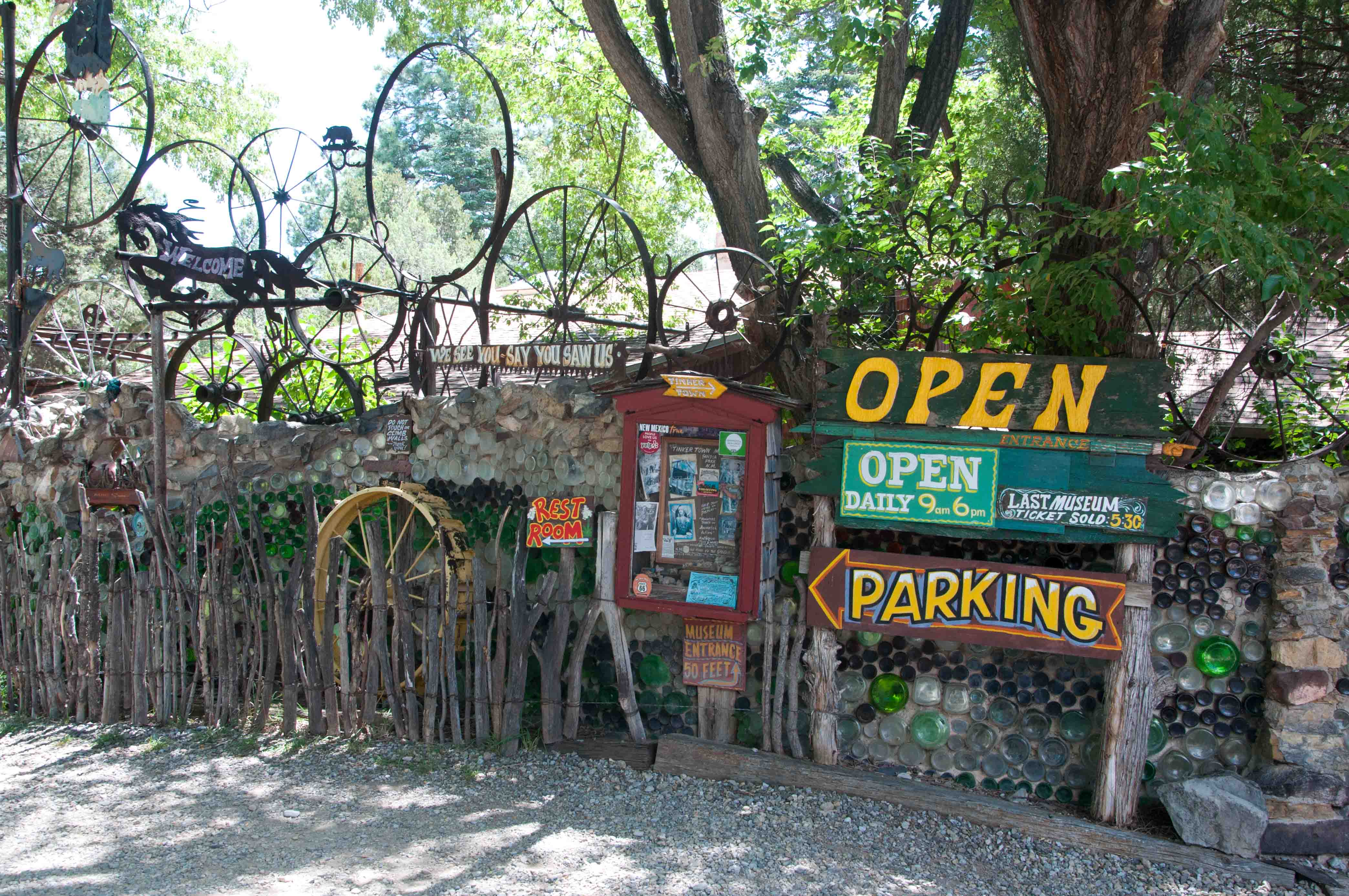 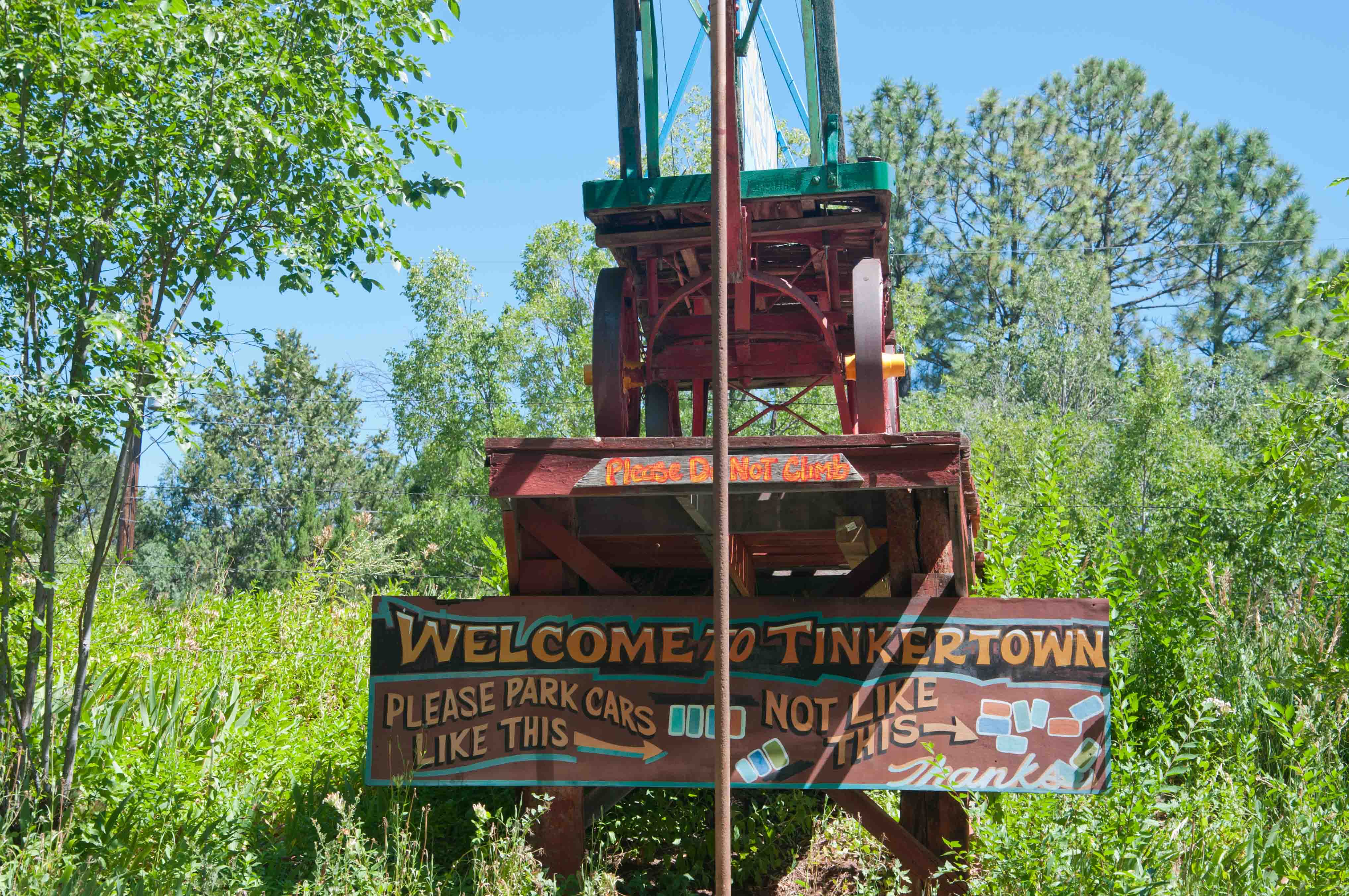 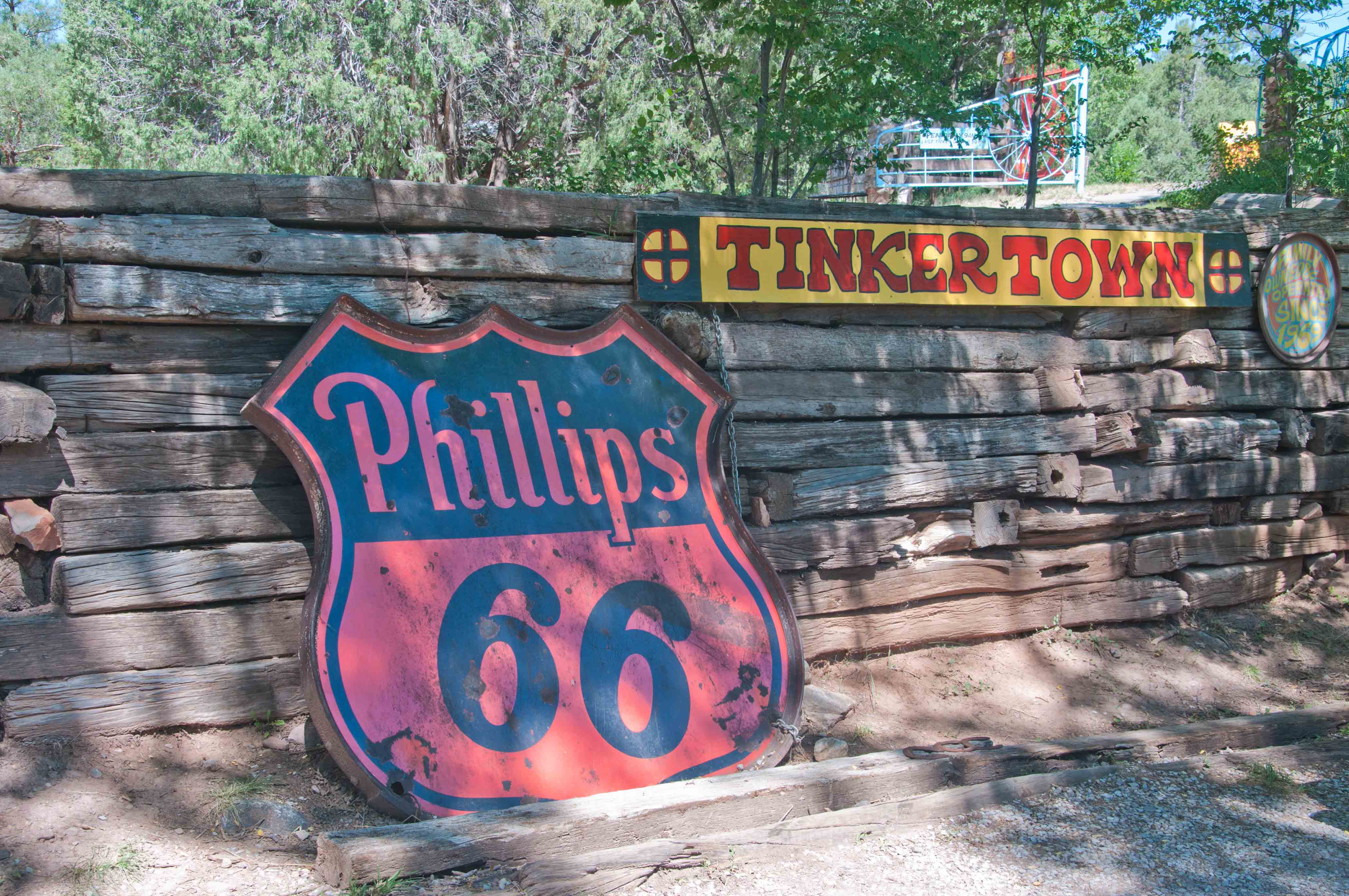 Ross Ward started carving minature figures while in high school and spent the next 40 years creating Tinkertown. One of the highlights of his work is a complete whimsical miniature western town. He began carving the first figures for the General Store in 1962, and displayed his miniature town at fairs and carnivals around the country. The first photo in this series is one of several arcade machines in the museum (that still work). The next six photos really don't do justice to intricate detail of this amazing miniature westen town. Old signs and many other collectables are scattered throughout the museum. 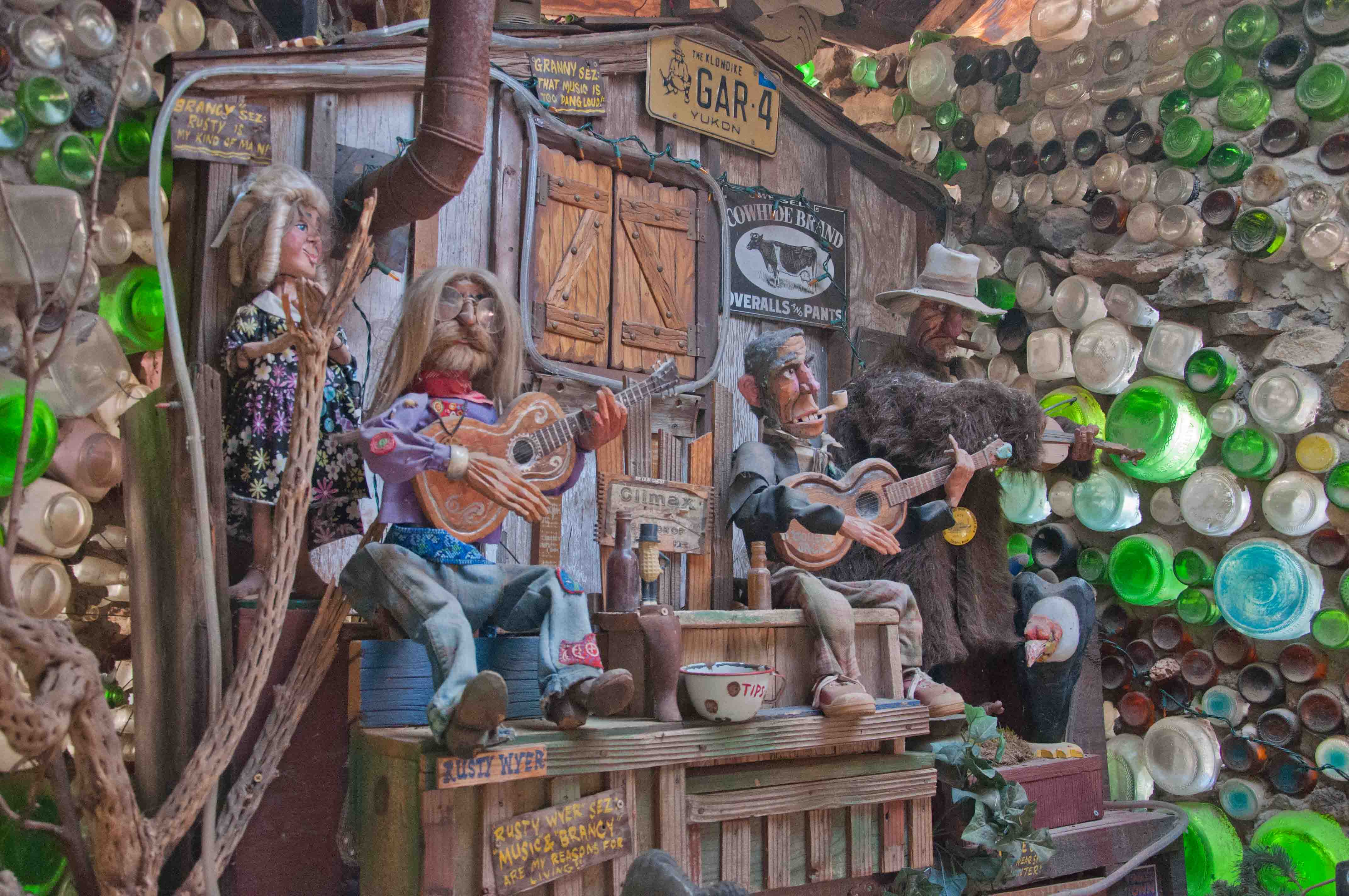 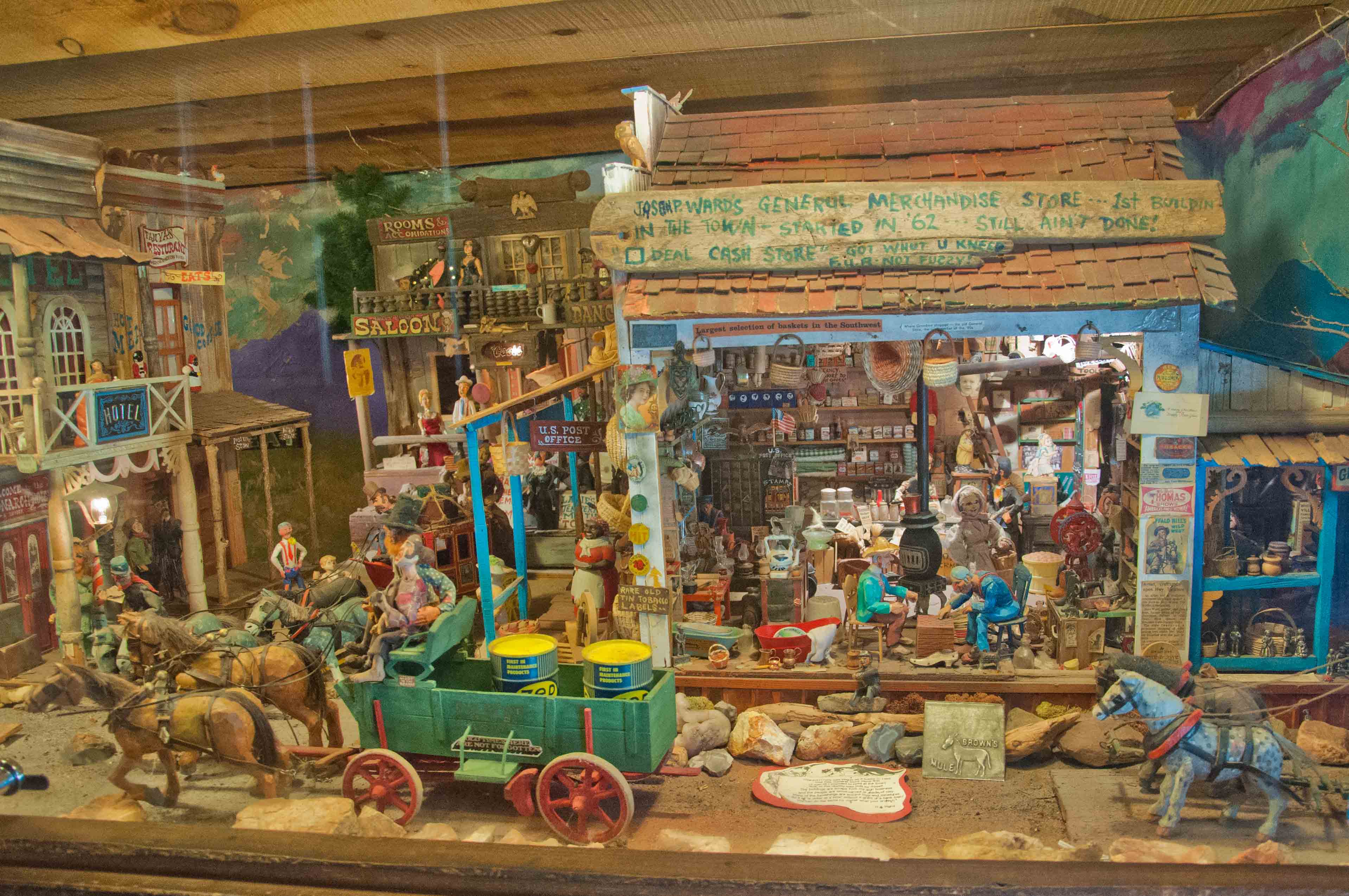 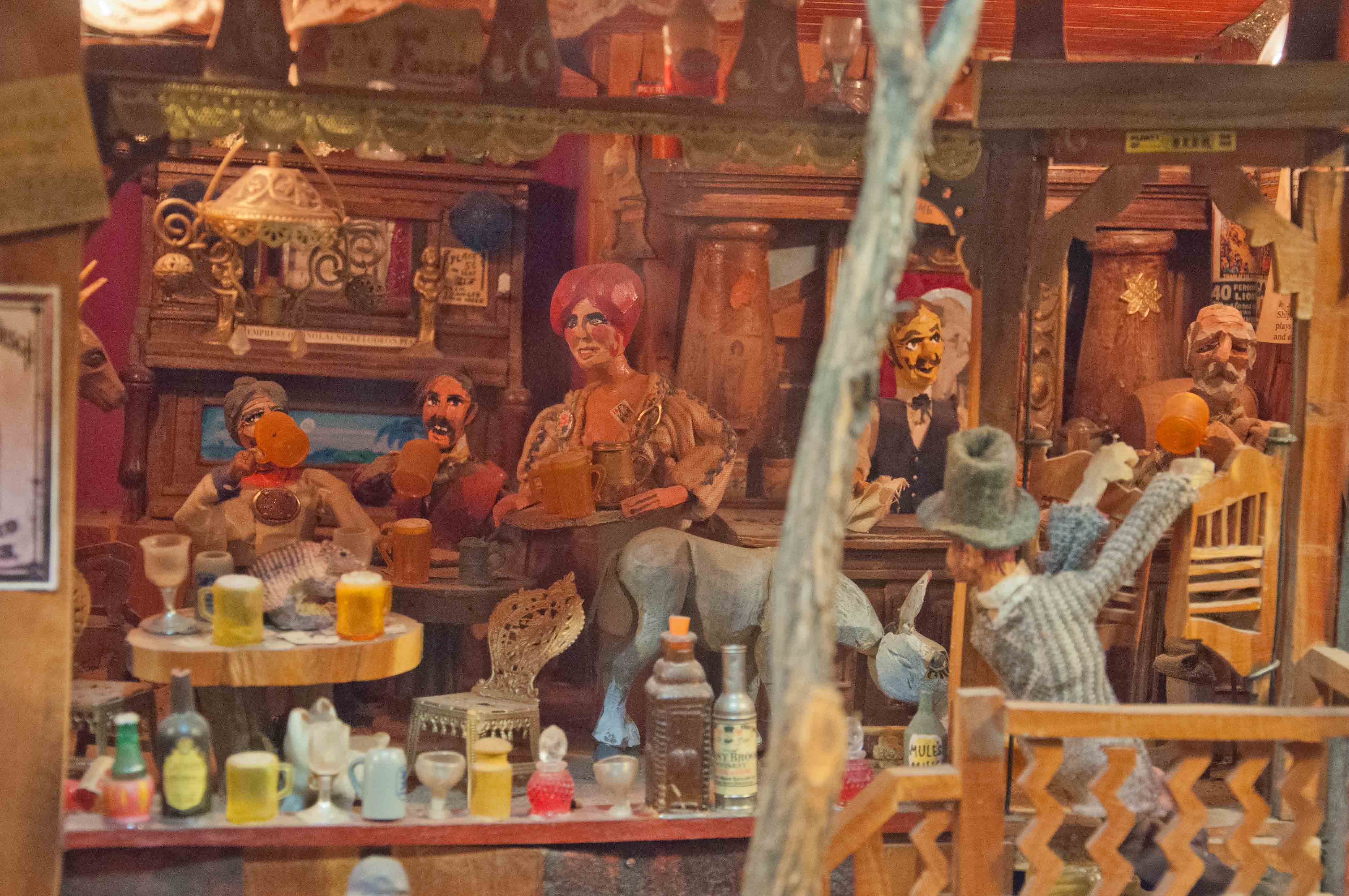 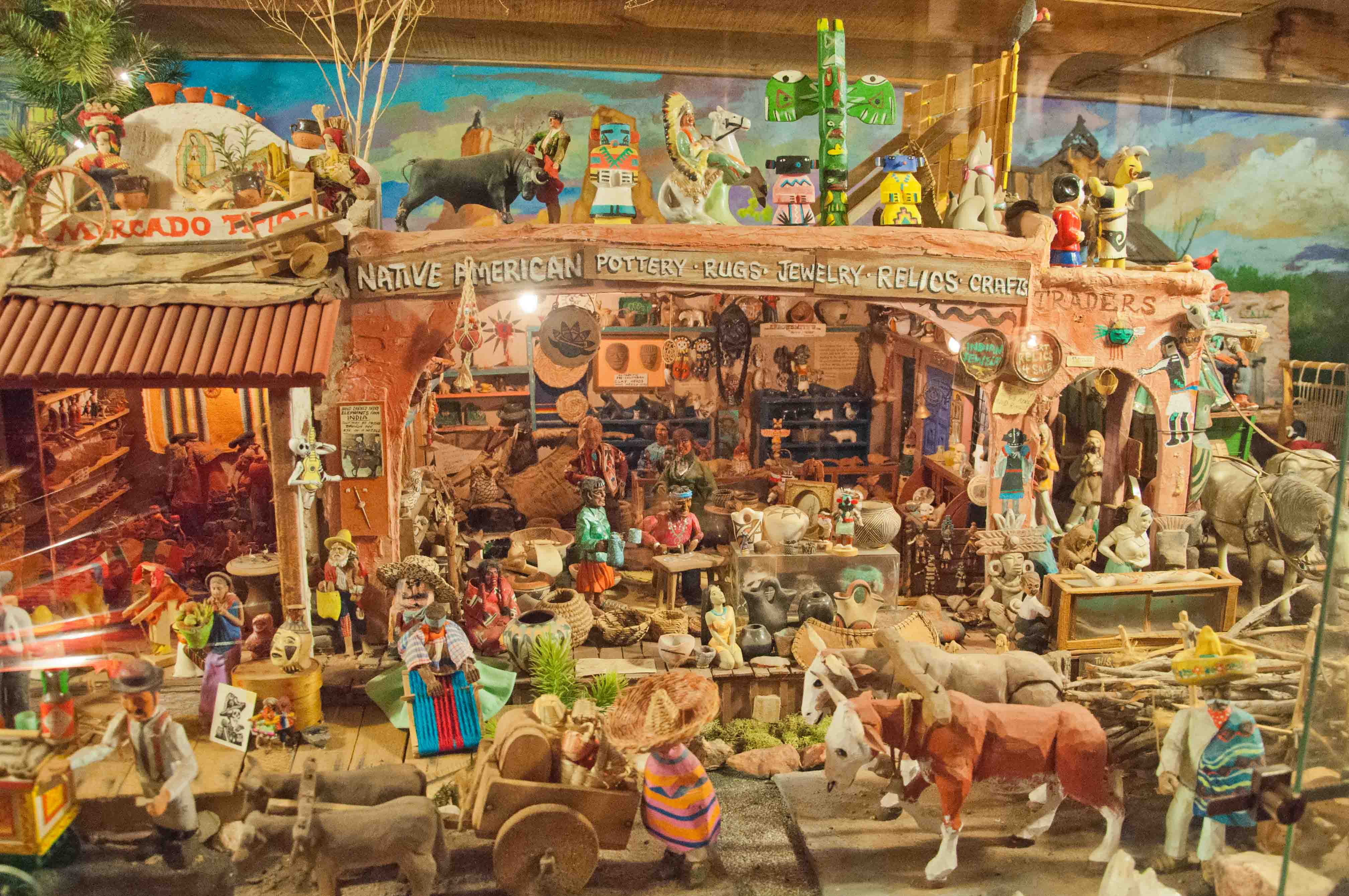 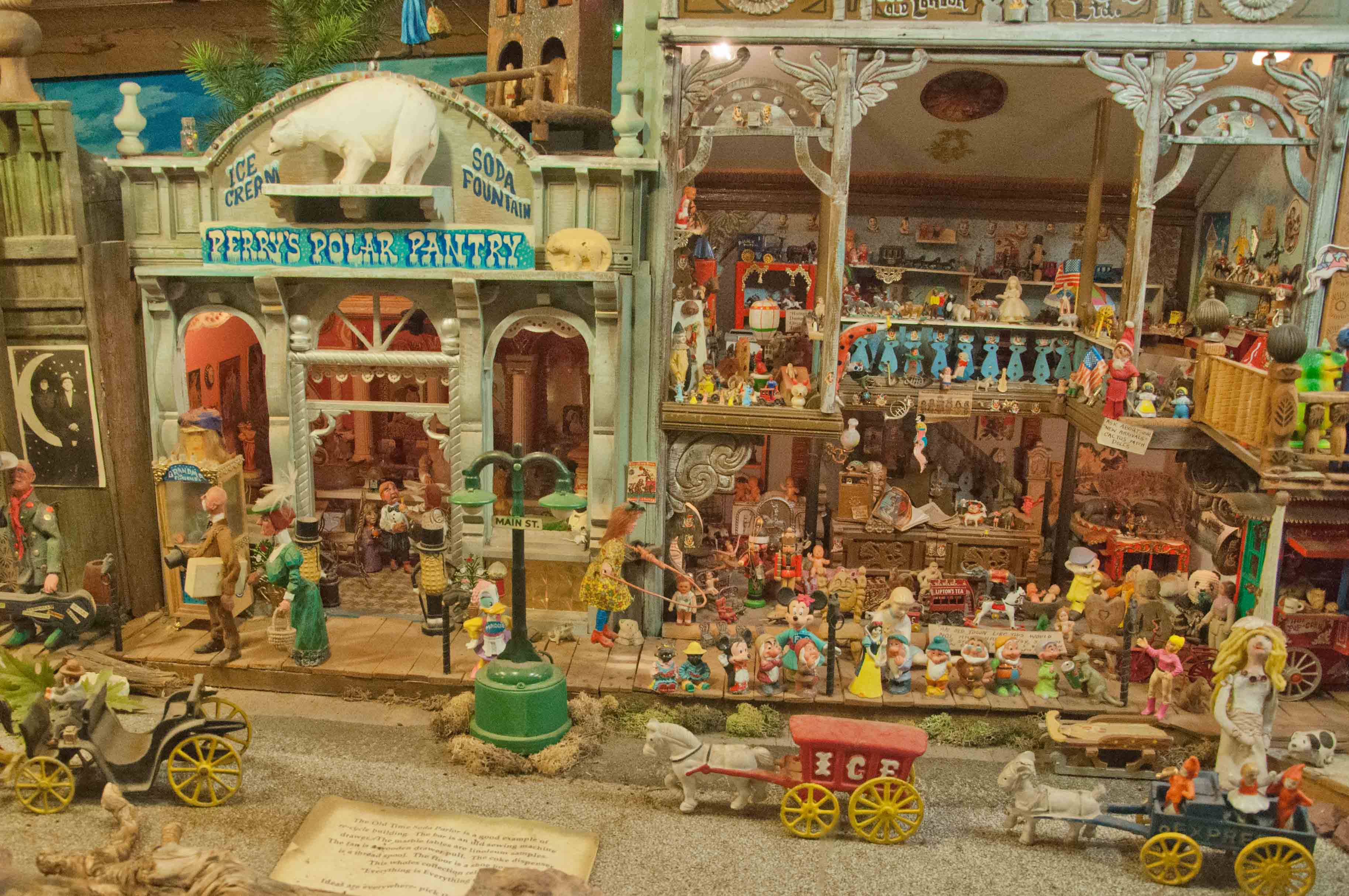 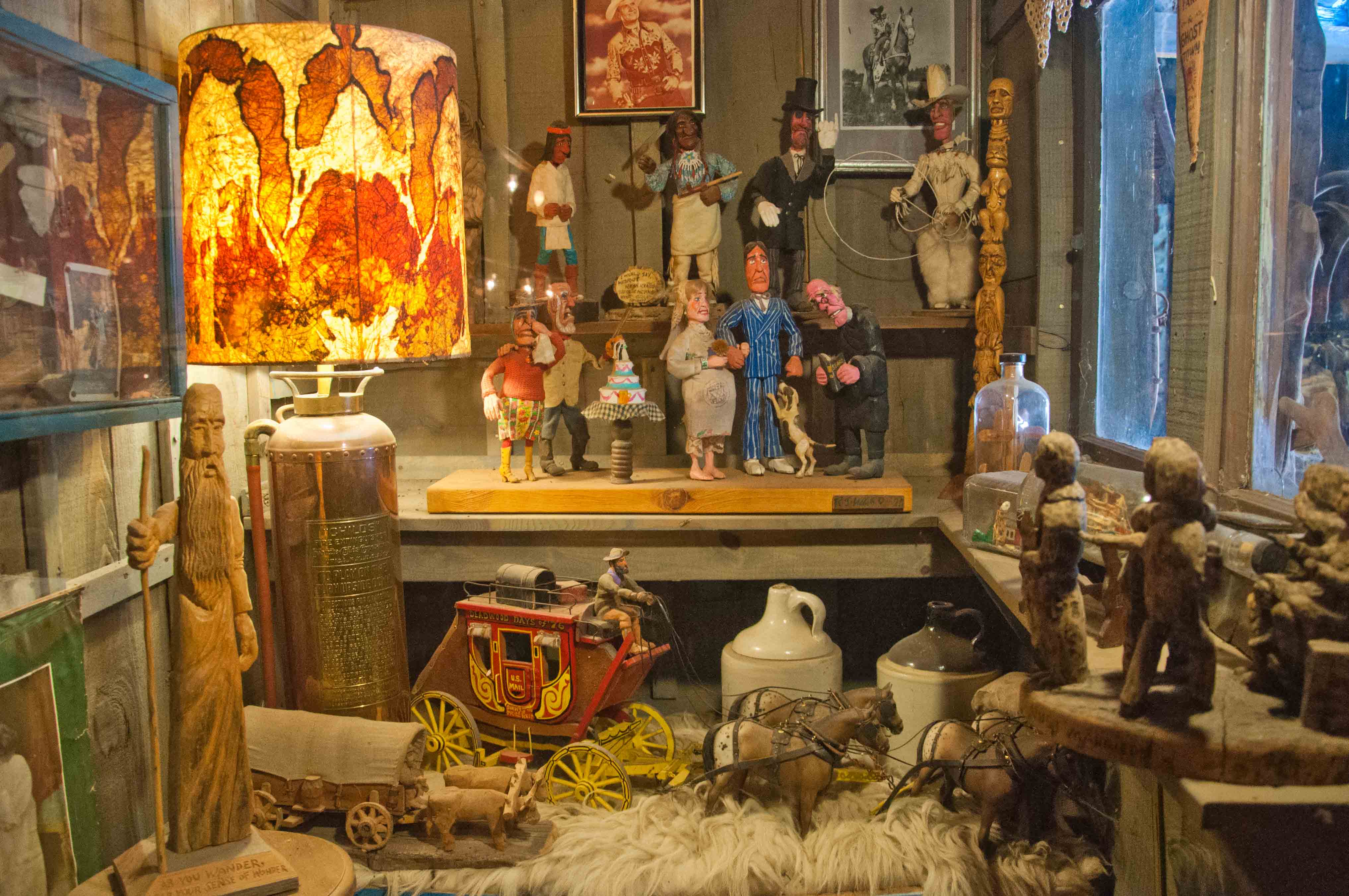 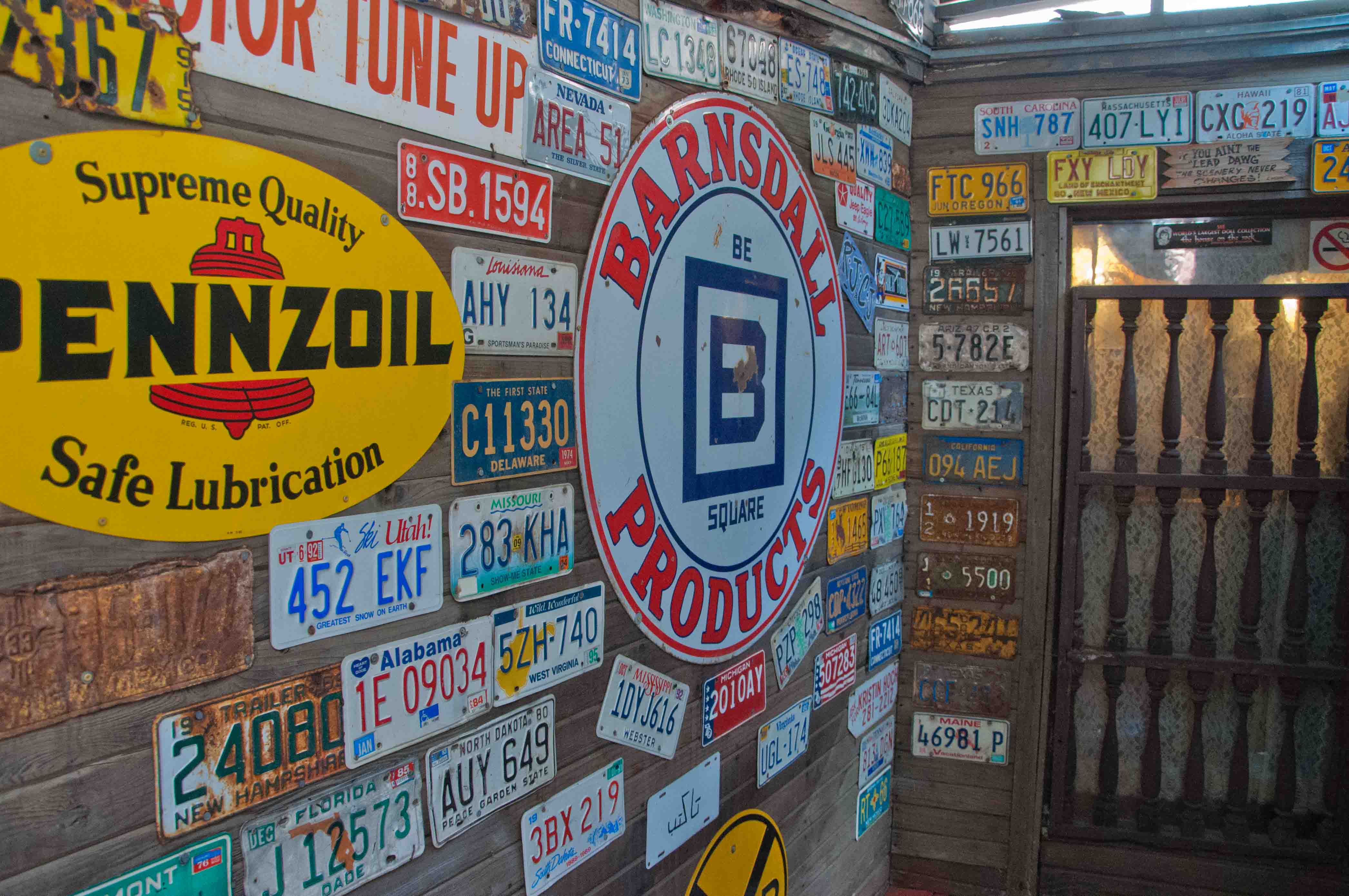 Many Old Signs and License Tags

Included in the museum is a 35 foot sailboat named the Theodora R, built in England in 1936. The boat was eventually purchased by Fritz Damler of Albuquerque, NM. Fritz and his wife, Mari Anderson, started an around the world voyage on Feb 22, 1982, which was to last 10 years. The Theodora R now has a permanent home at Tinkertown. 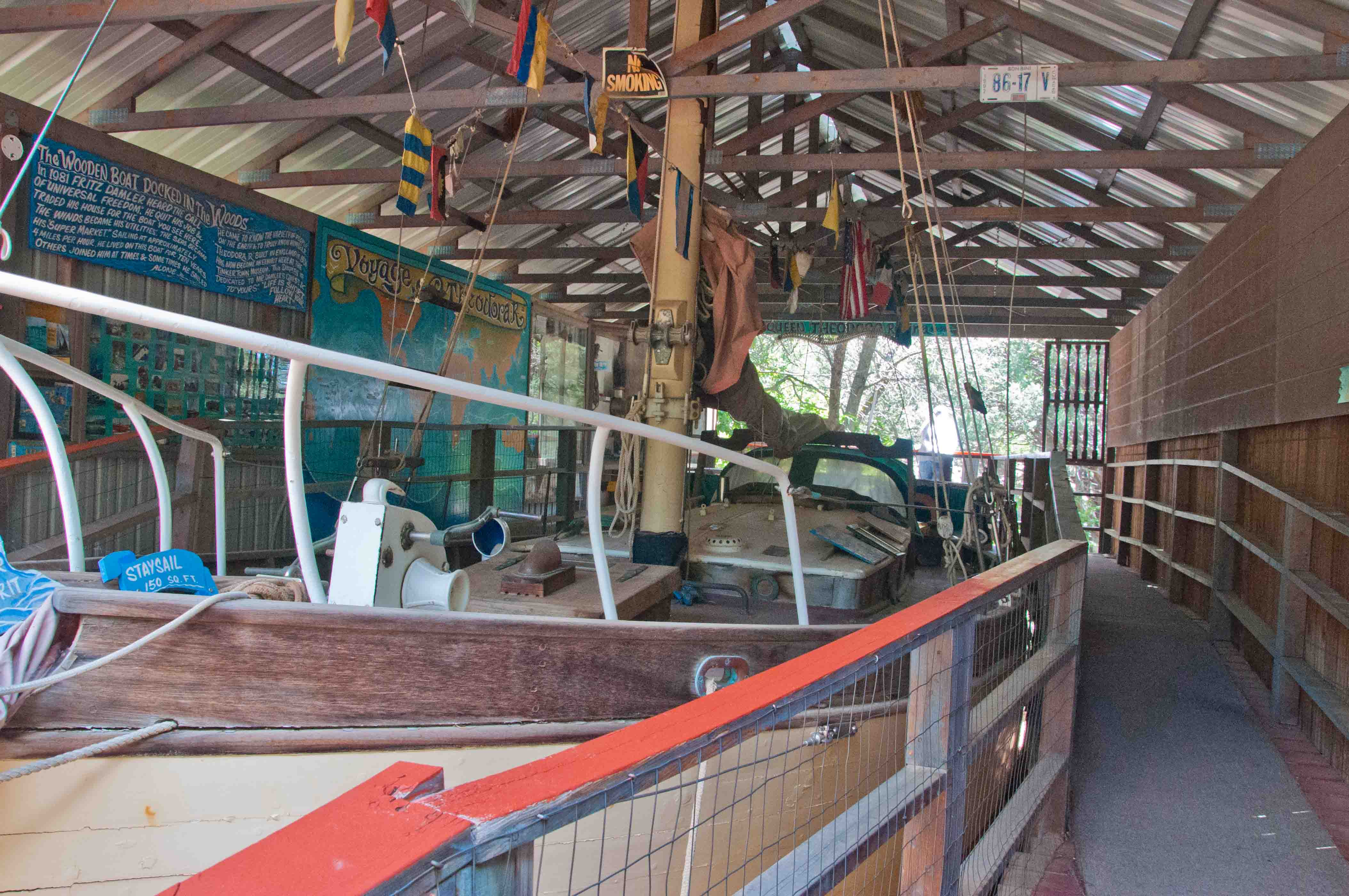 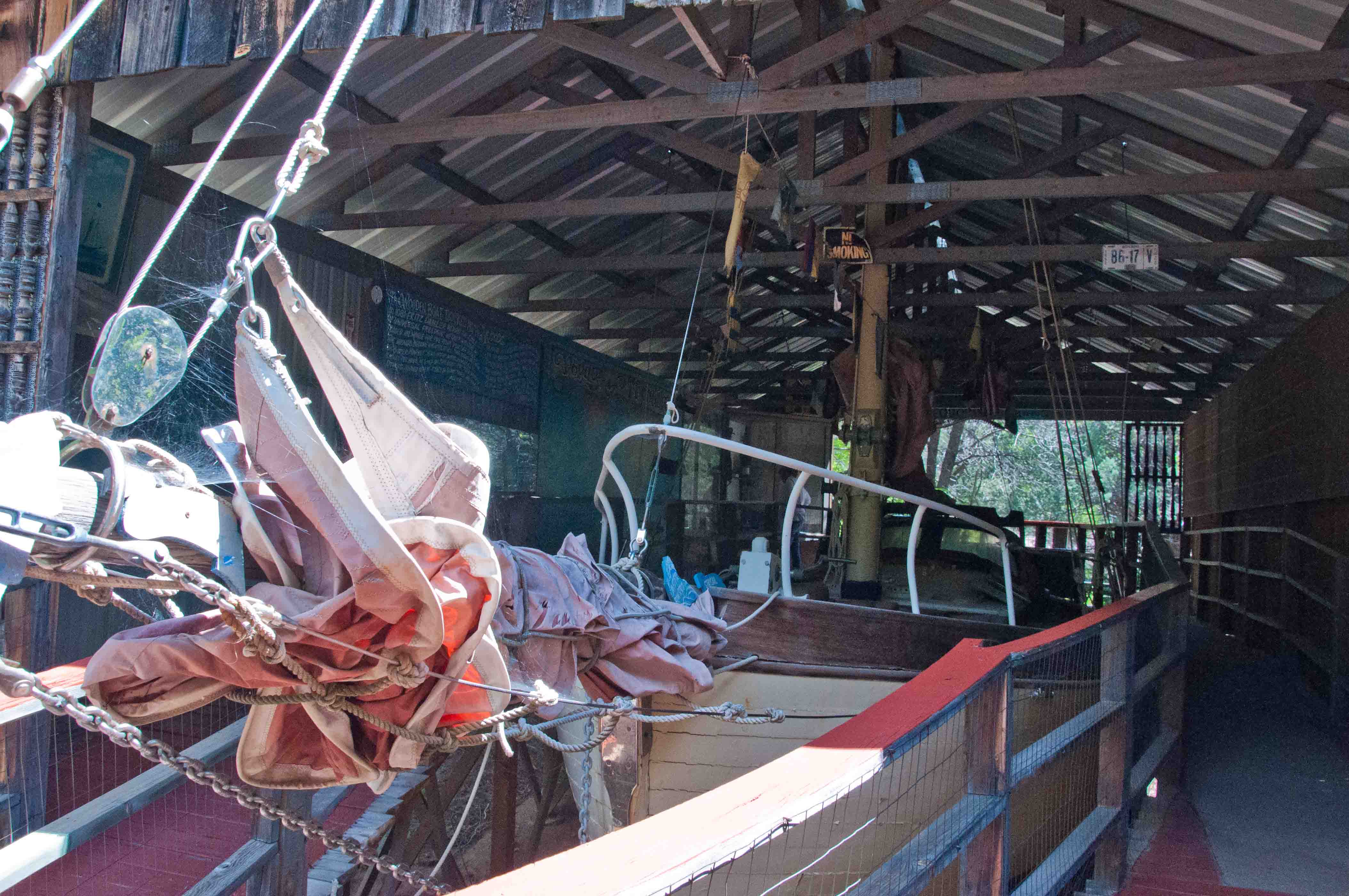 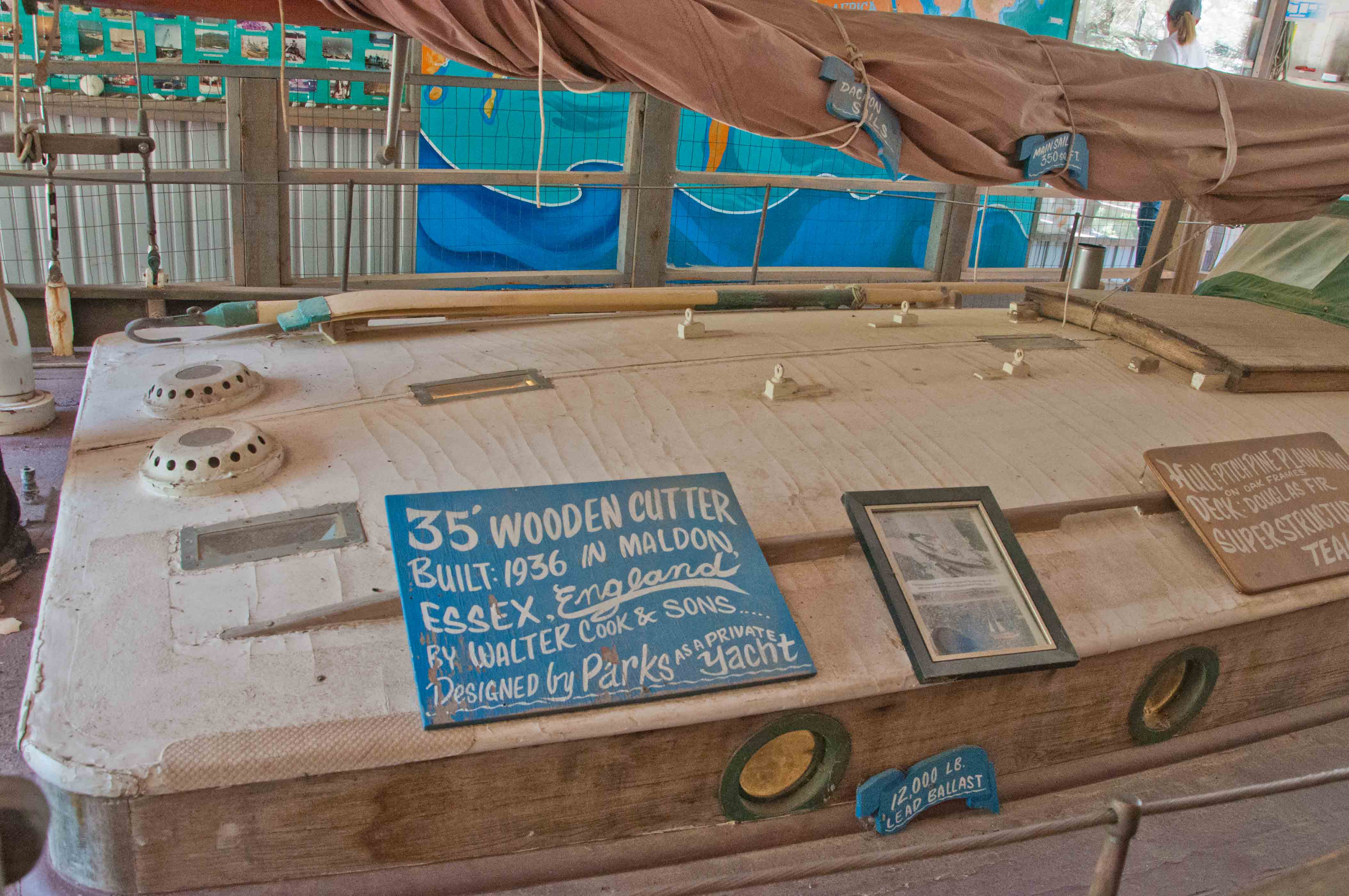 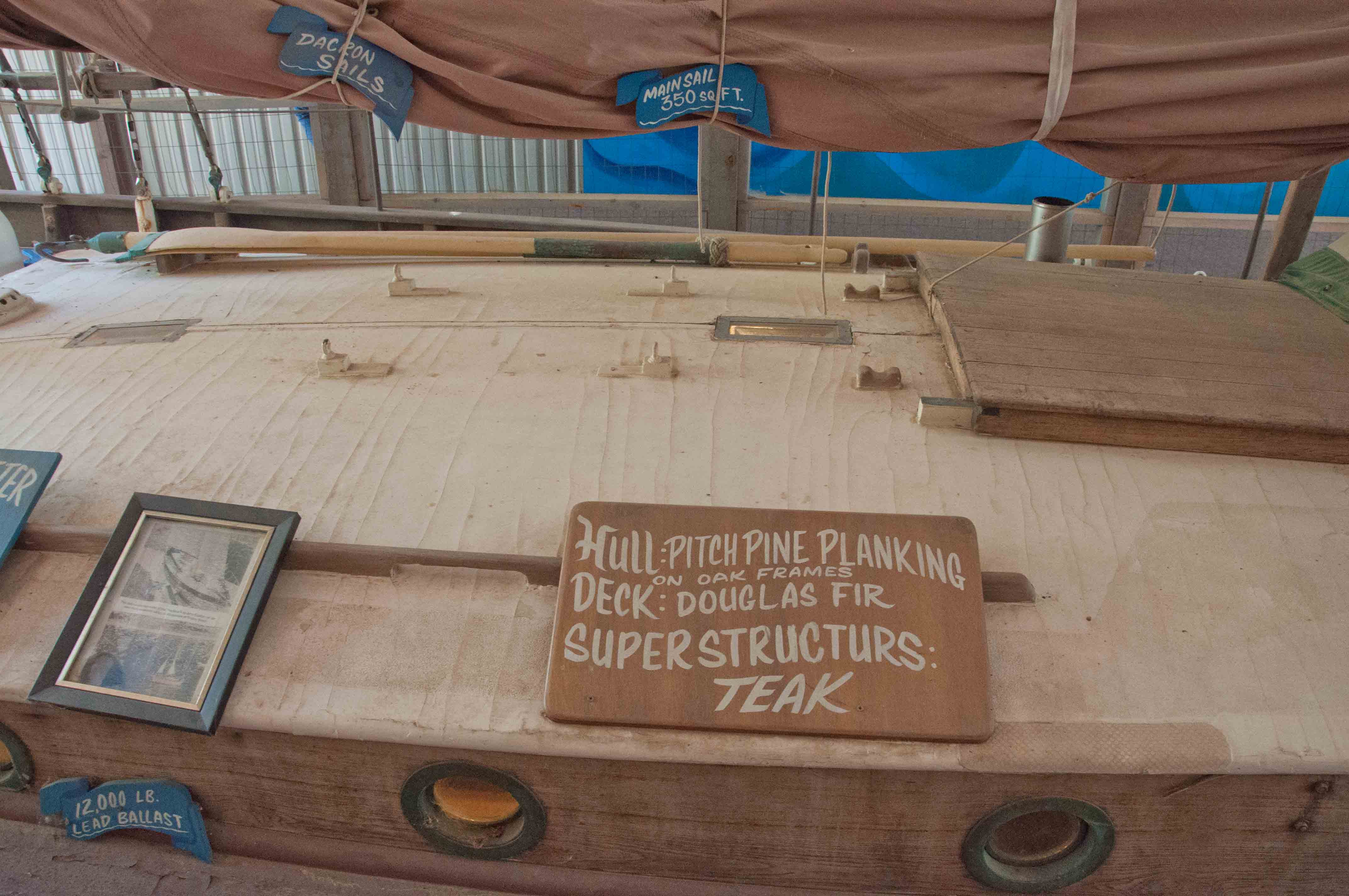 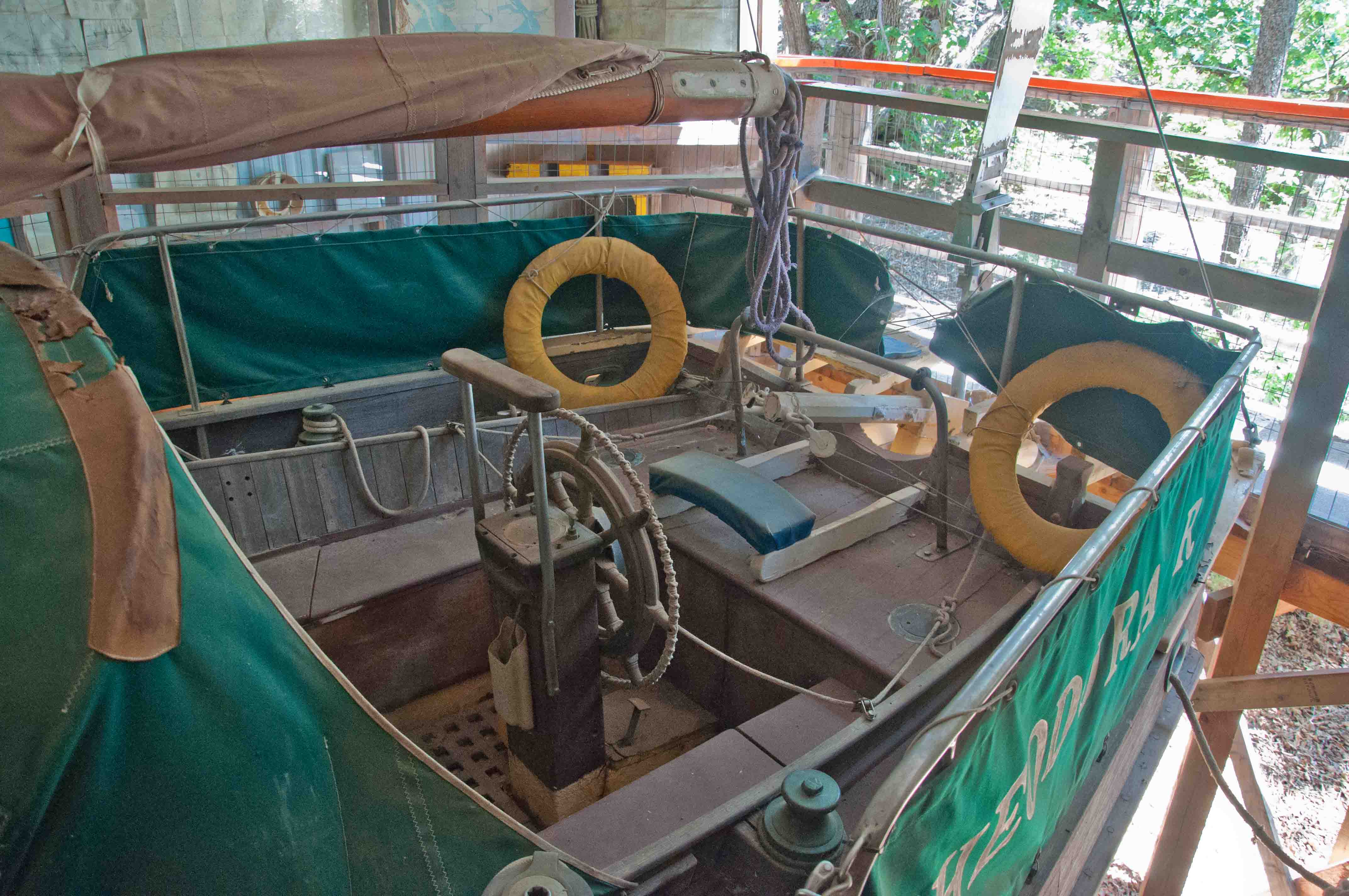 Just as funky as the inside is the outside.Today more than 50,000 glass bottles form walls around the 22-room museum with wagon wheels, metal sculptures, and western memorabilia complete the museum's exterior. 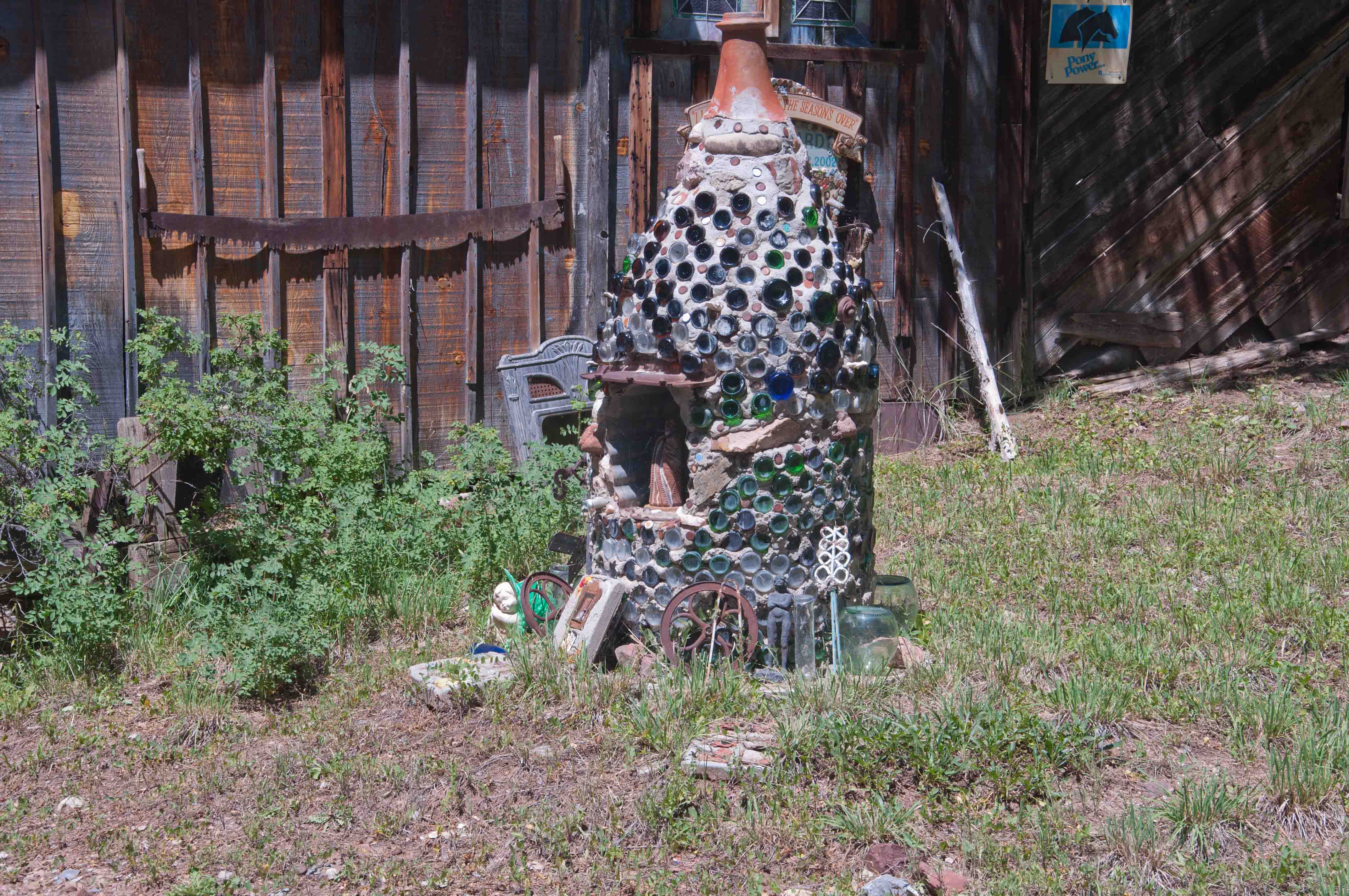 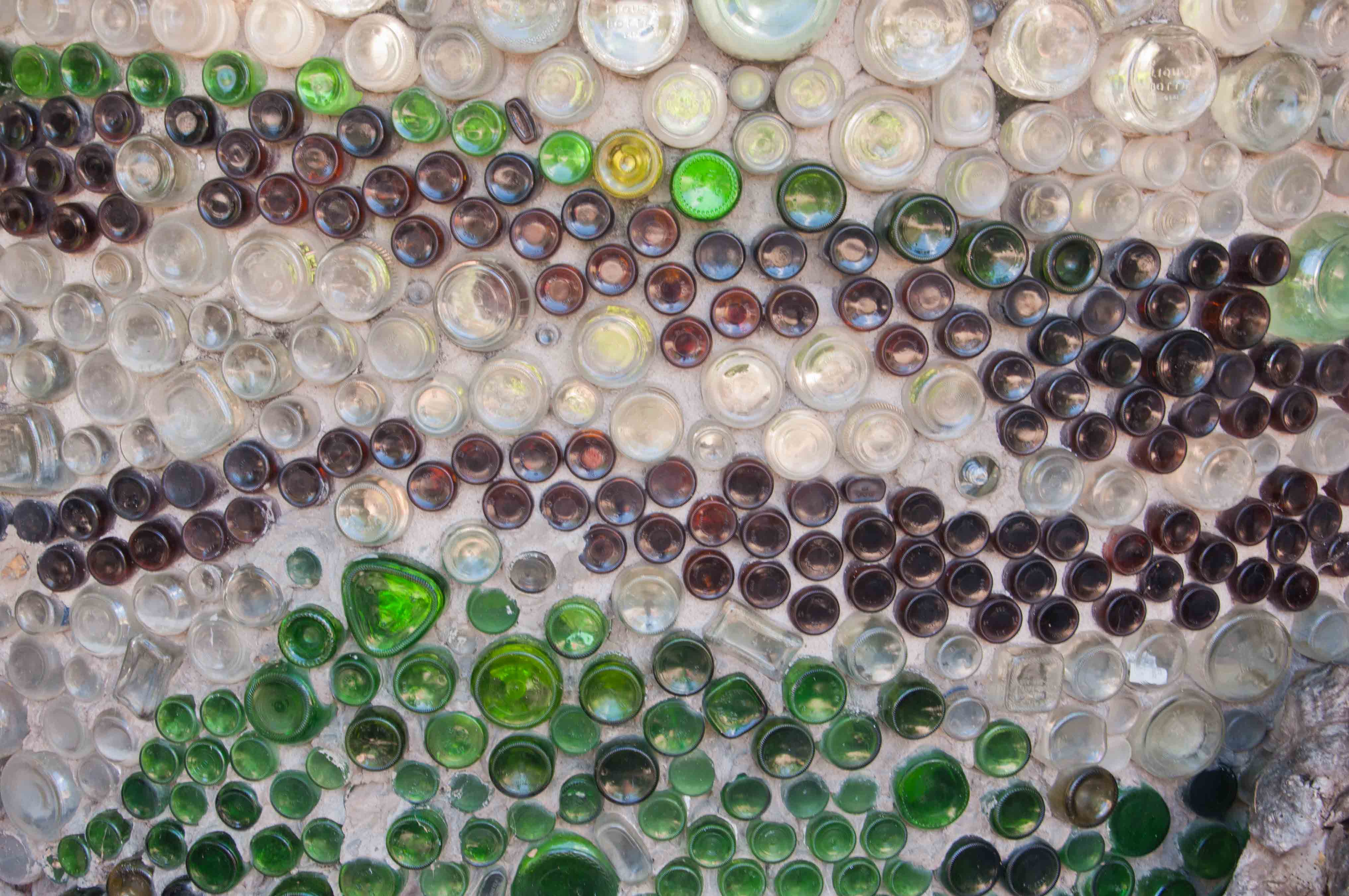 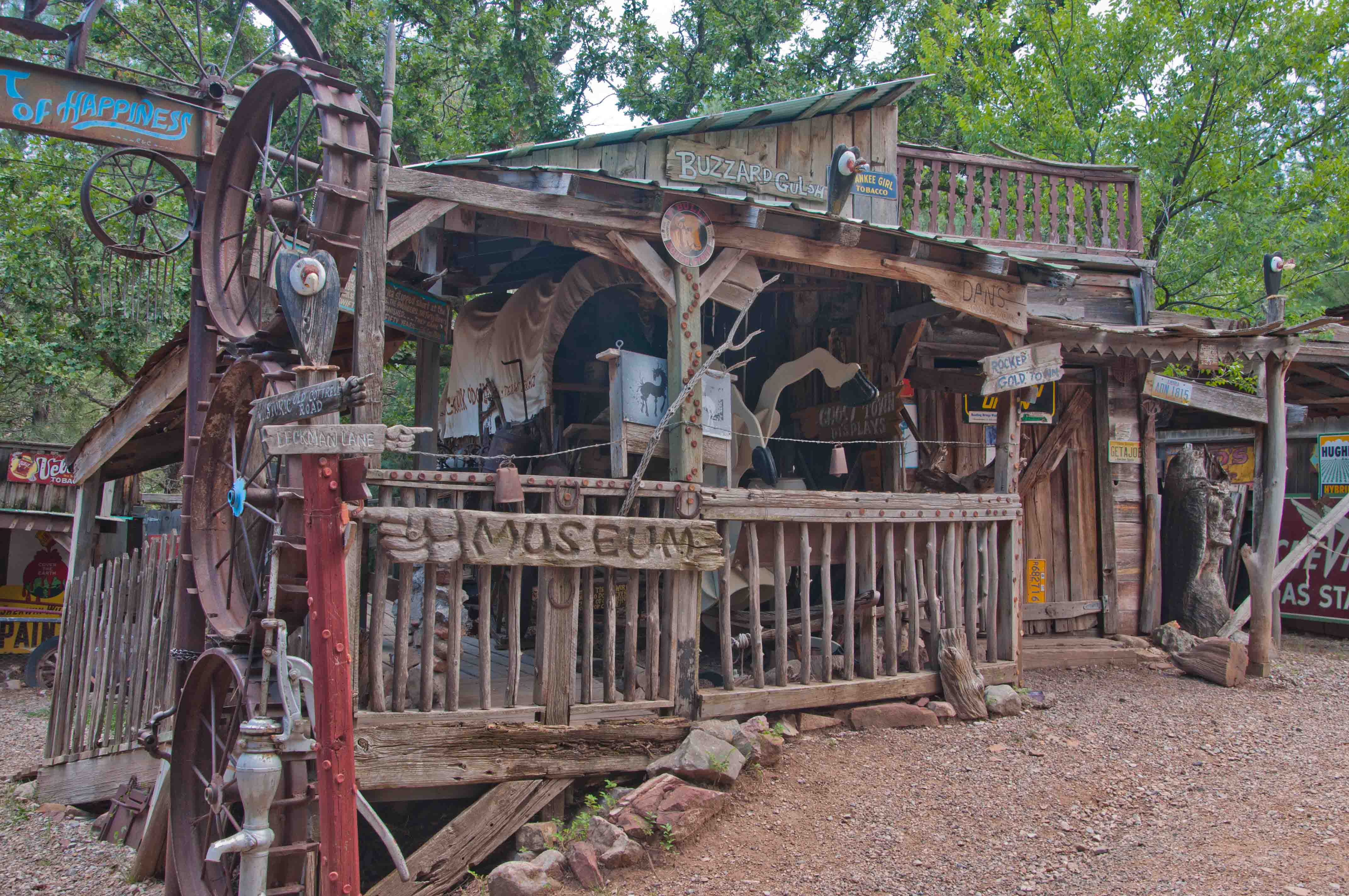 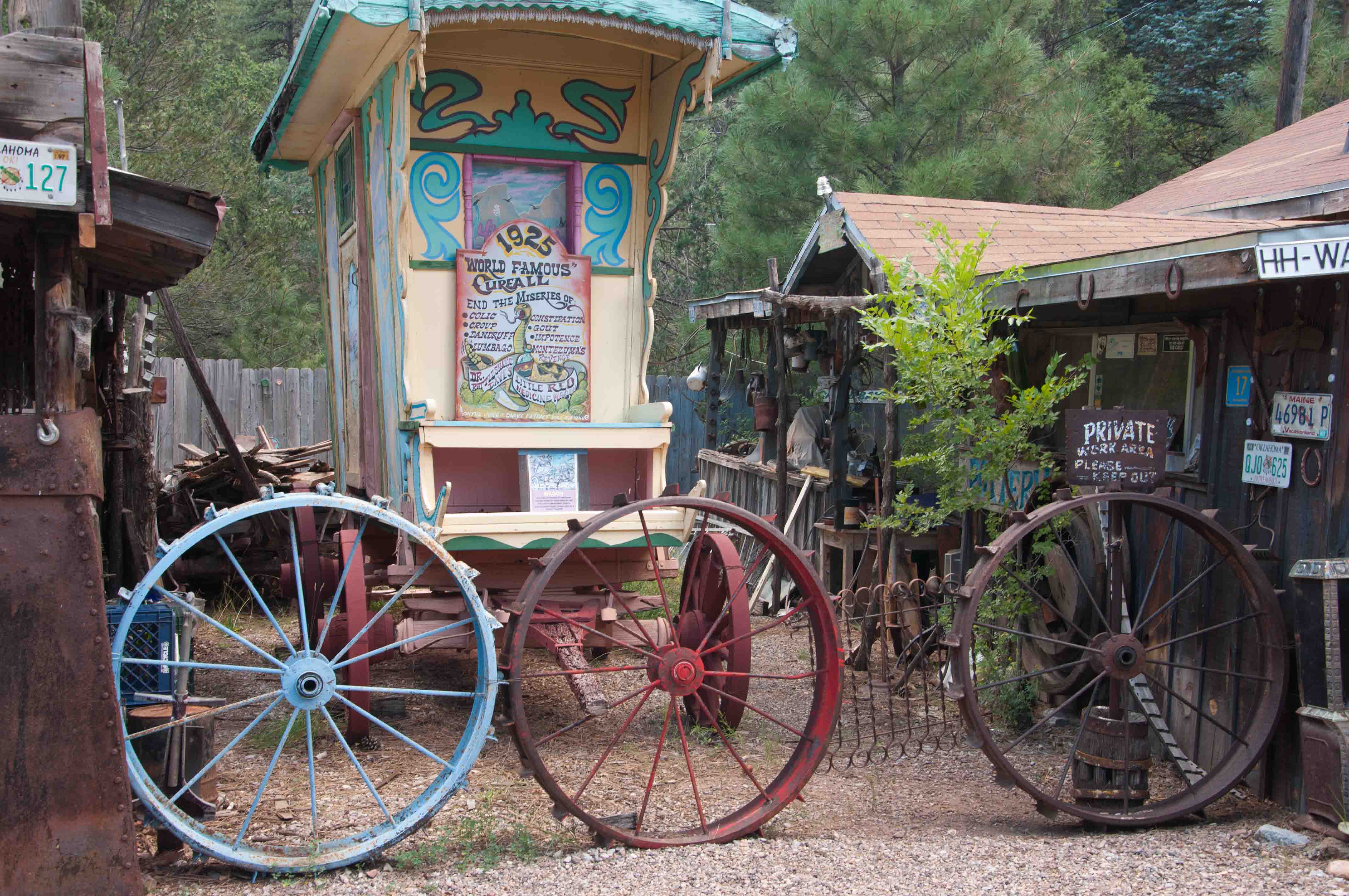 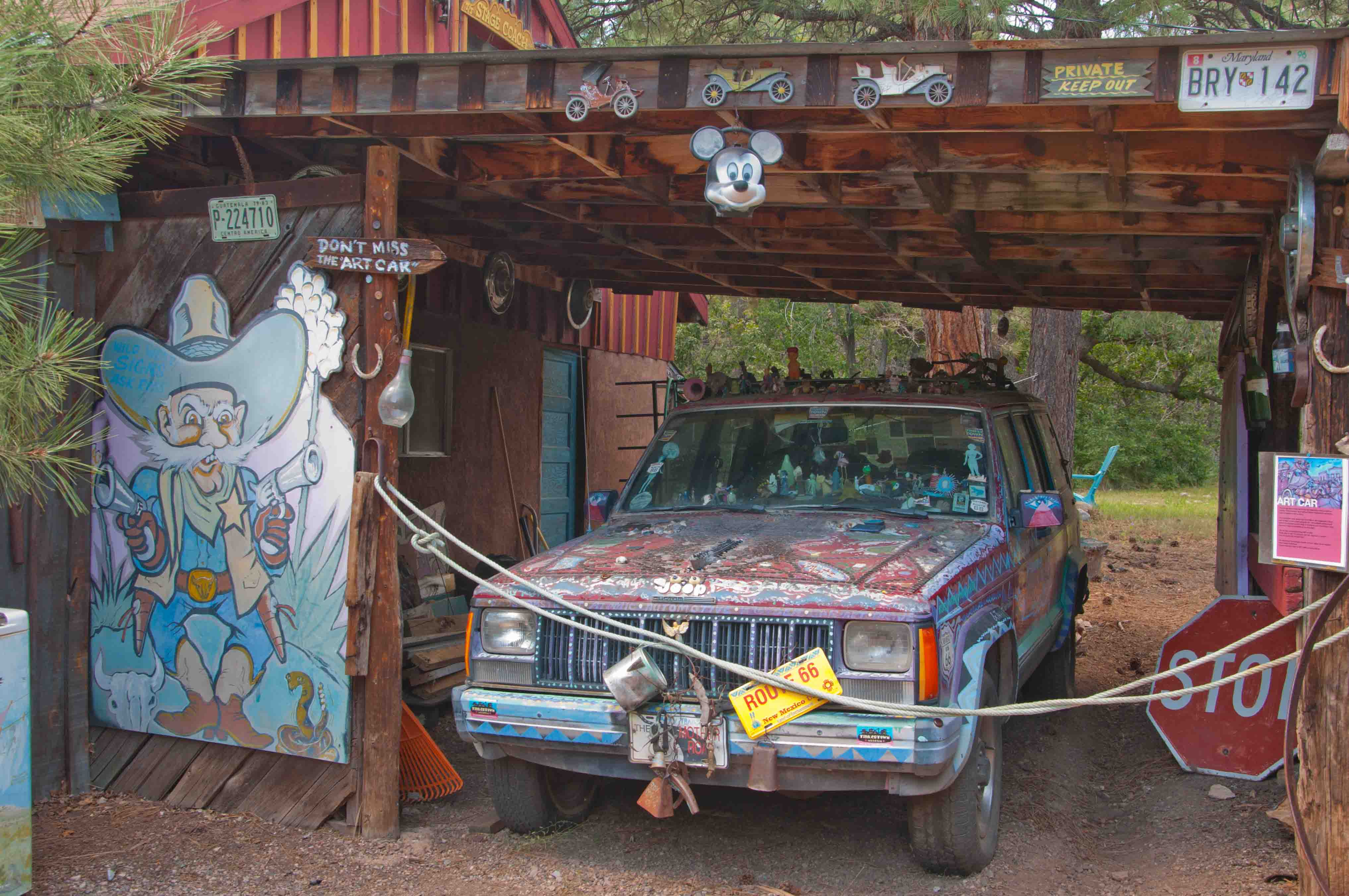 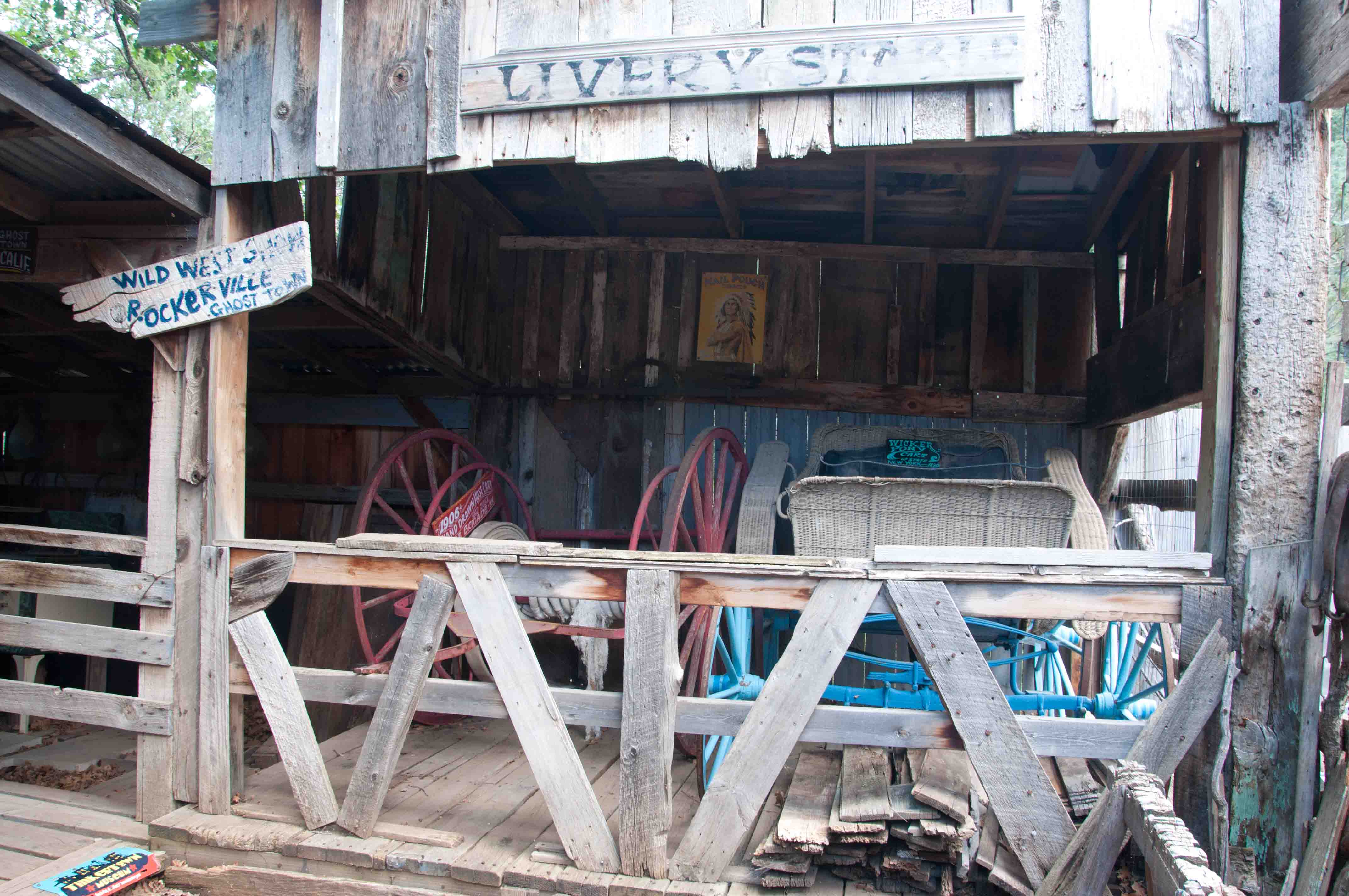 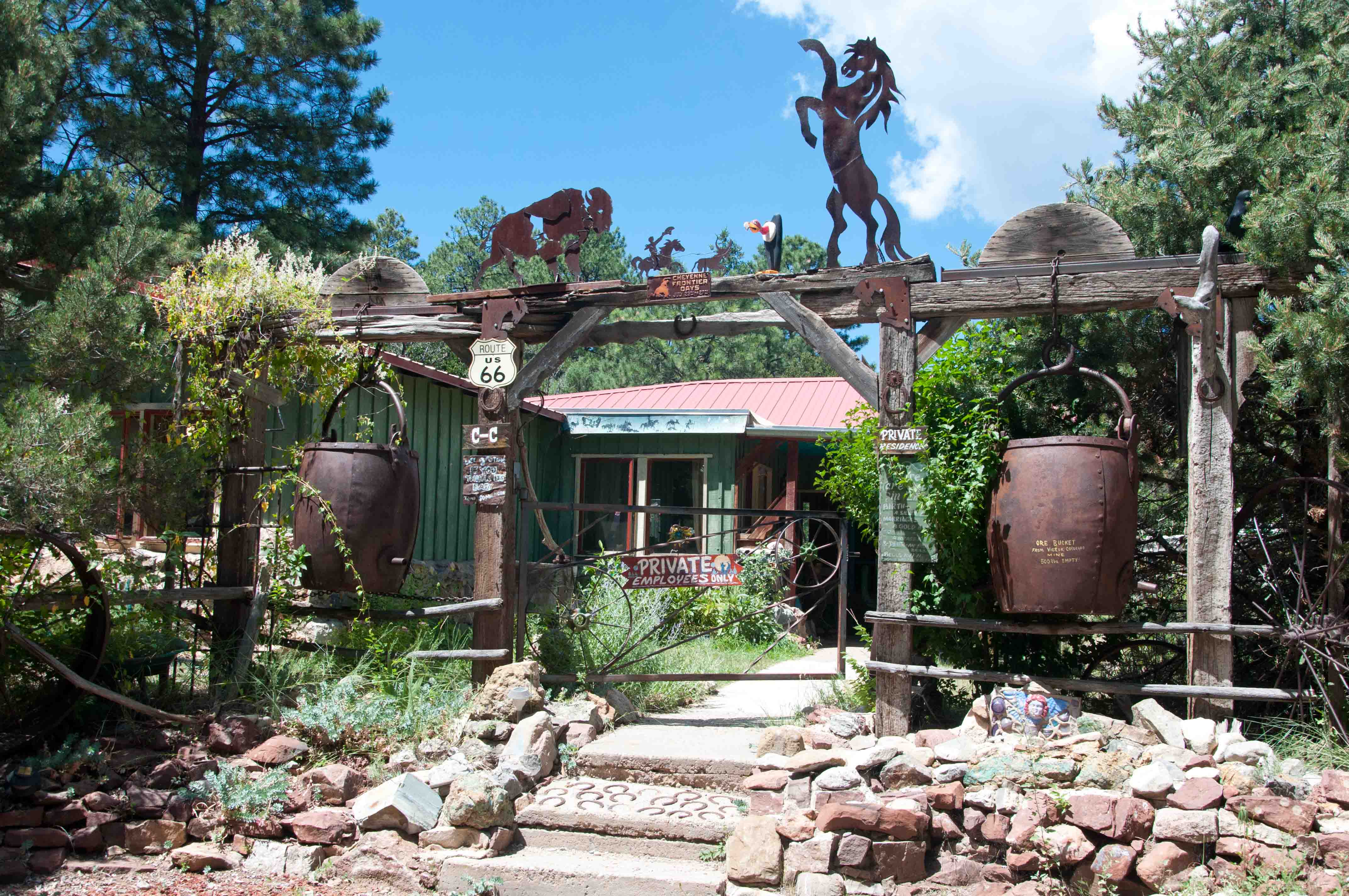 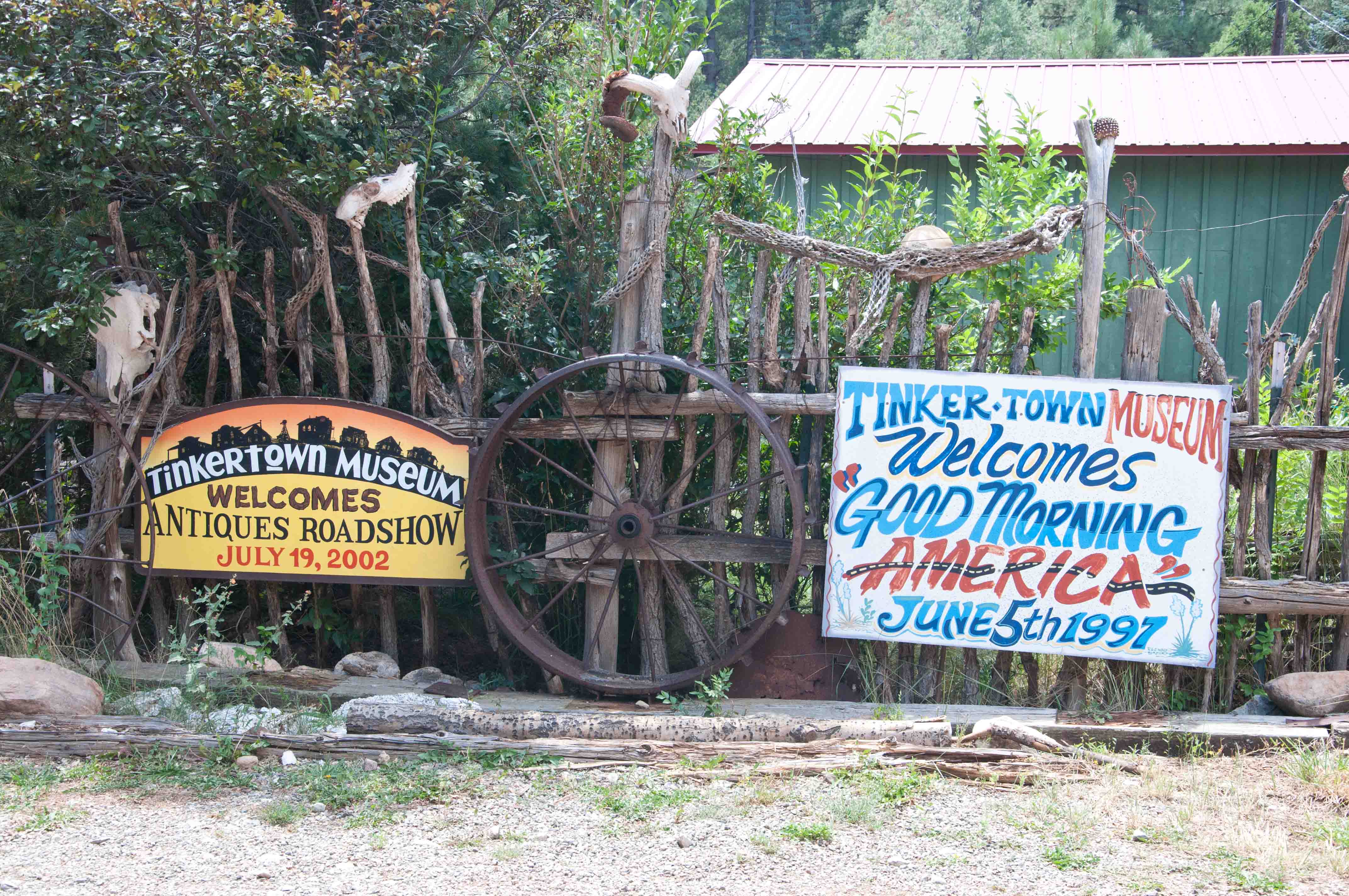 This concludes the tour of a truly wonderful, wacky place, Tinkertown.