The ghost town of Silver Reef is located about 15 miles northeast of St. George and 1 mile west of Leeds. It's accessed by turning onto Silver Reef Road from Utah State Route 228 in Leeds. Silver Reef was established following discovery of a vein of silver in a sandstone formation in 1866. The town started out as a miners' settlement named Rockpile. The place was renamed Silver Reef after miners and businesses began to relocate there as the silver mines in Pioche started to close. The town had a population of around 2000 by 1879. Most of the businesses in town were located along Main Street which was a mile long. A fire destroyed much of the town in May of 1879, but the residents quickly rebuilt. The mines eventually played out, and most were closed by 1884. By 1901 most of the buldings in Silver Reef had either been demolished of moved to Leeds.

The museum buildings are open Thursday, Saturday, and Monday from 10:00 AM to 3:00 PM. Unfortunately, I was there on a Wednesday in April of 2021. 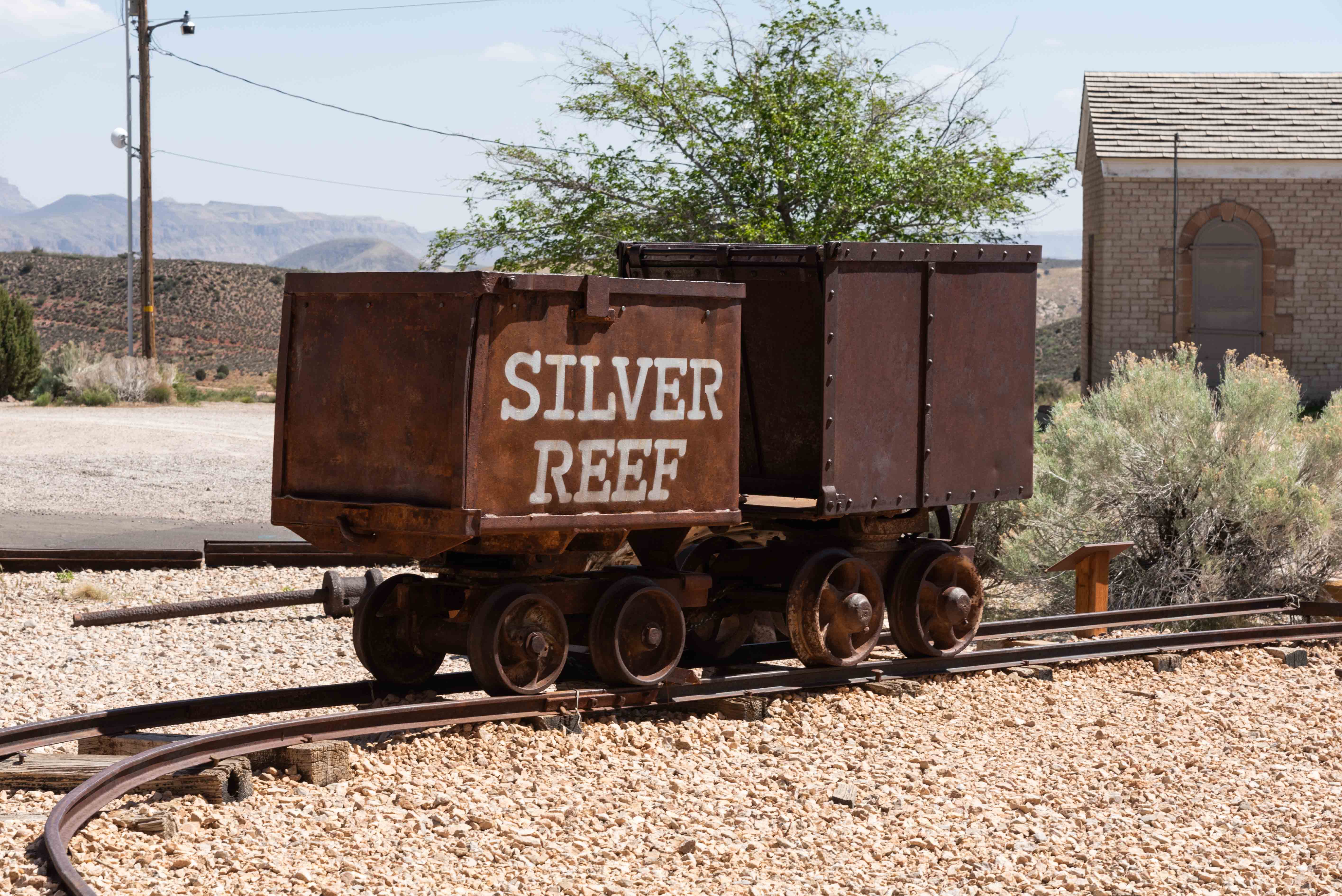 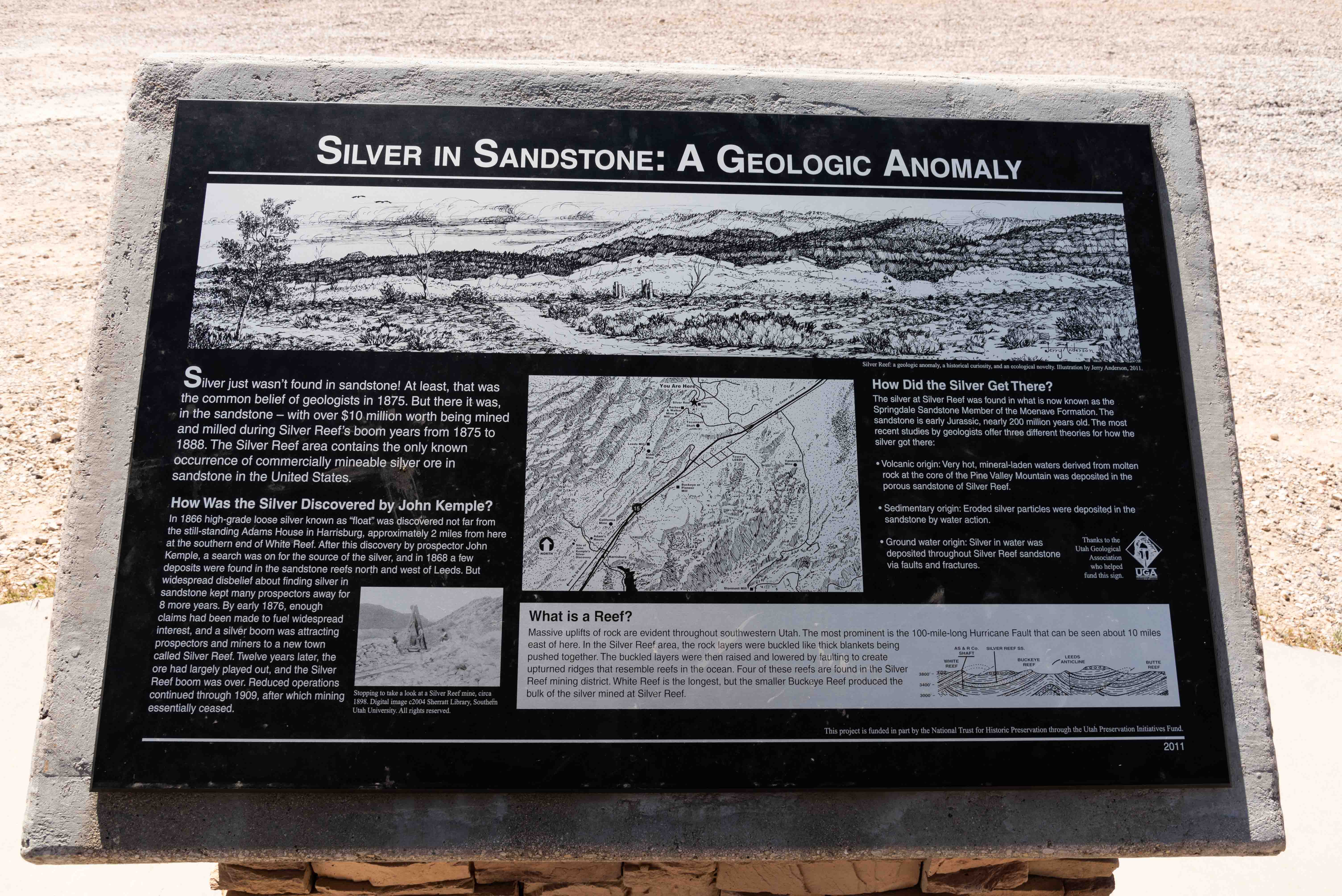 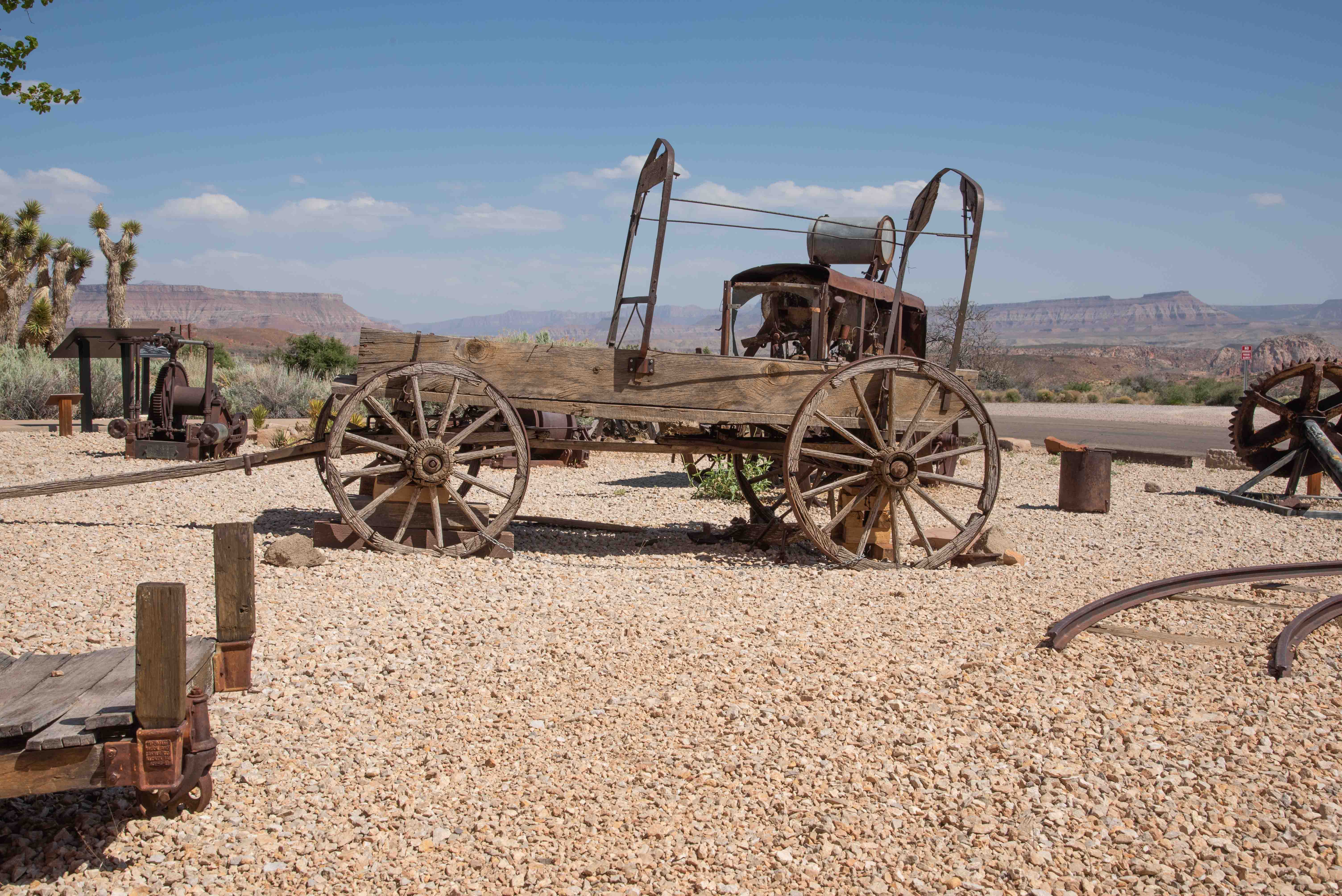 John Holt Rice built the two story bulding around 1876 which housed the Leeds Banking Company. The Rice bank building burned down in the great fire of May 1879. It was rebuilt sometime after that and used at various times as a private residence. The building was completely restored in 1991 and is currently occupied by the Leeds Domestic Water Association. 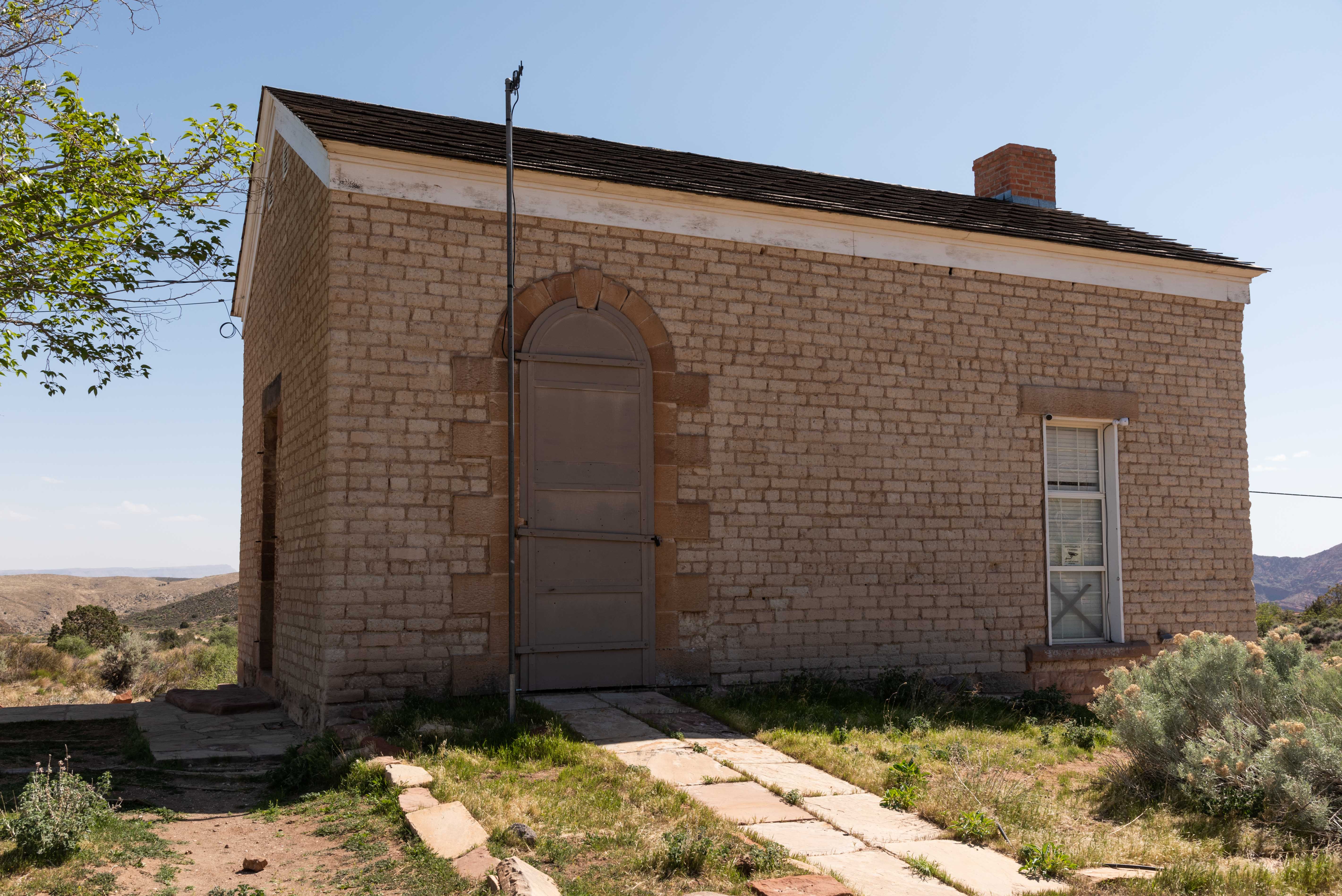 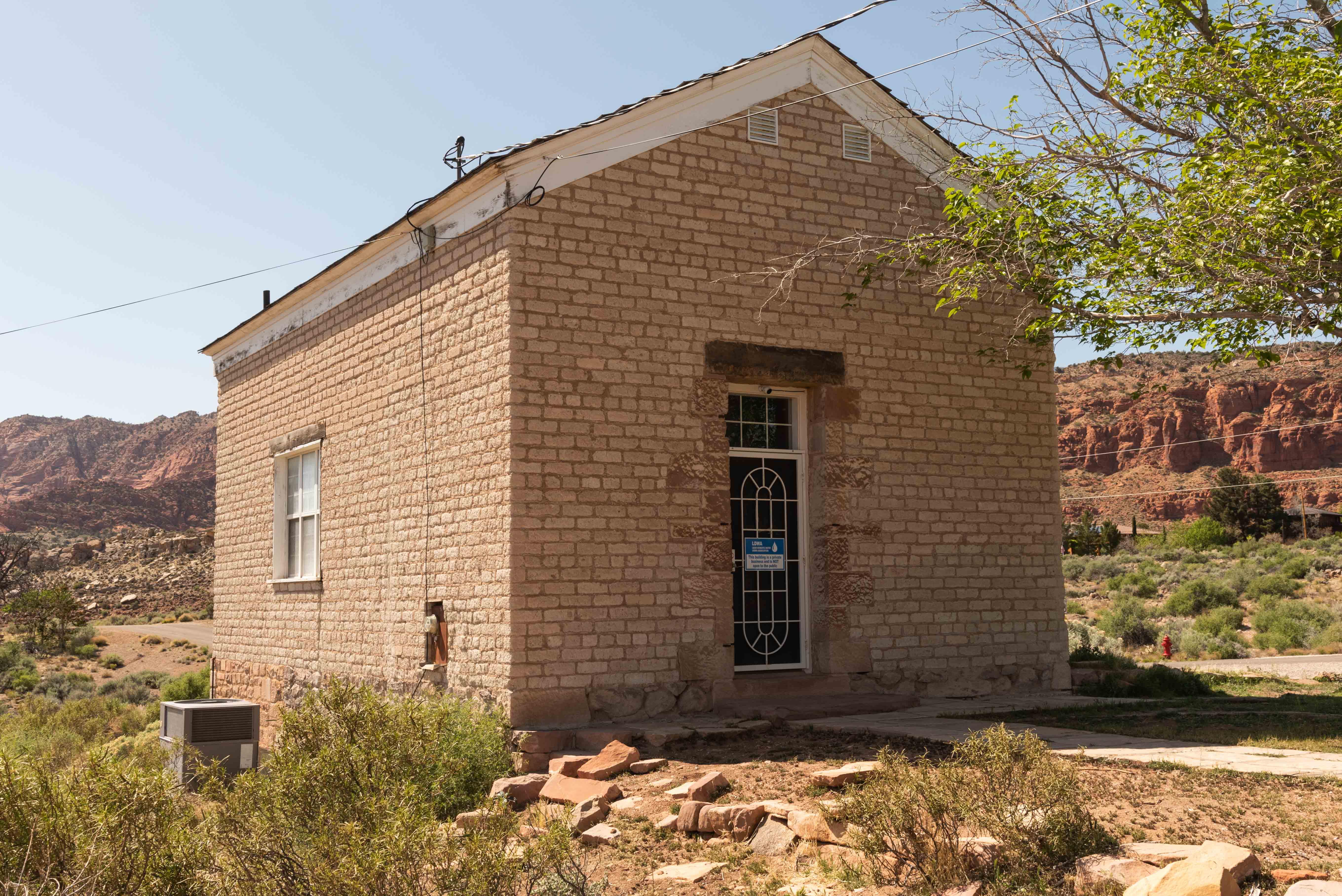 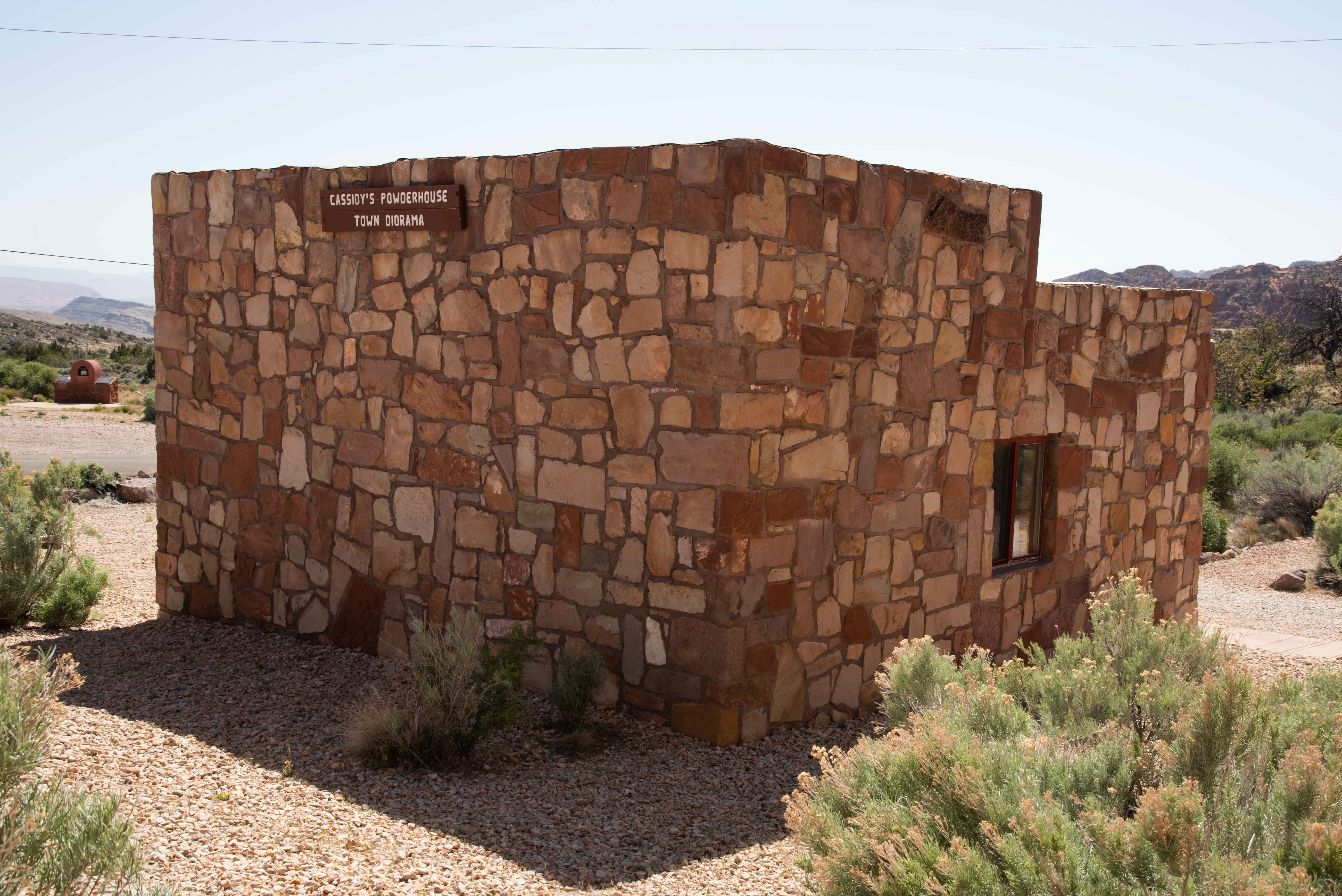 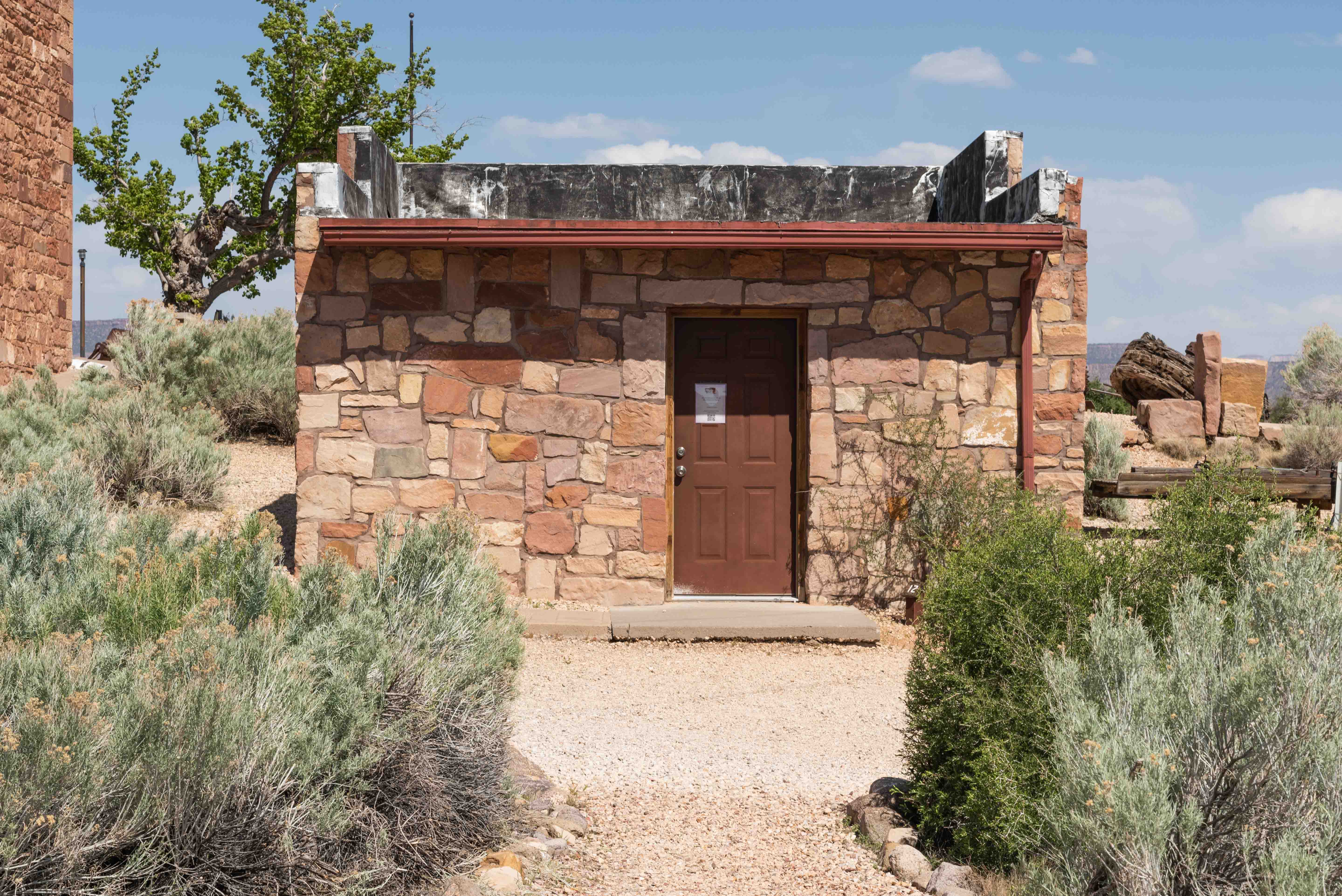 The original Cassidy Powder House was used to store explosives and was windowless. The reconstructed building has windows (for lighting). The building is open on Monday, Thursday, and Saturday, and contains a diorama of the original town and models of mining equipment.

The Wells Fargo building was built by John Rice in 1877. It's the oldest Wells Fargo Express Station still in existence and has the original vault used to store silver bullion from the mills. The building now houses the Silver Reef Museum and a small art gallery. 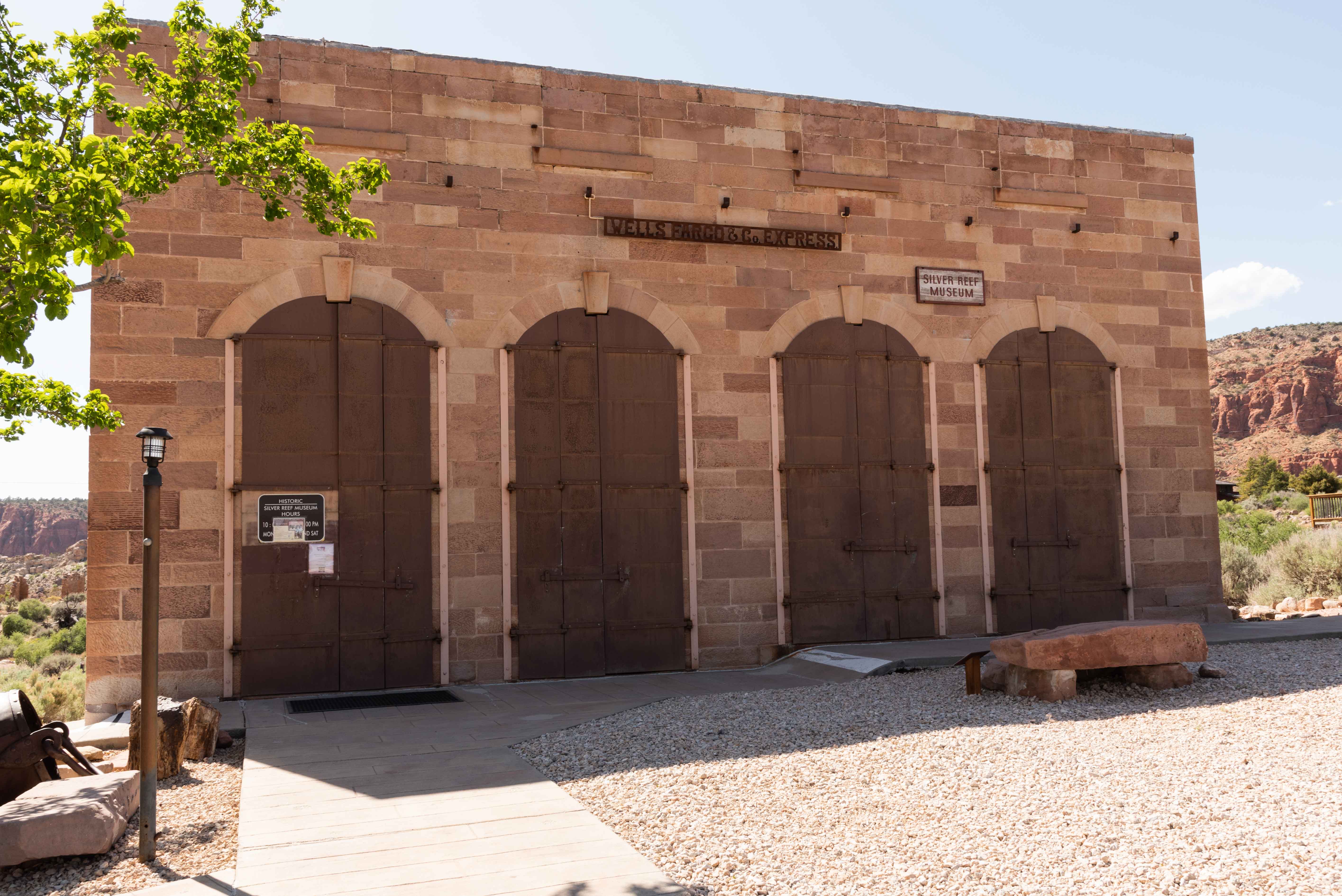 This building was first constructed in 1877 by Mrs. Margaret Grambs. The original building was destroyed by fire on May 30, 1879 along with much of the rest of the town. It was soon replaced by a larger building that Mrs. Grambs continued to operate as a restaurant until 1894. The current building was reconstructed on the original site and built to resemble the Cosmopolitan restaurant of the late 1800s. The building now serves as an event center used for museum functions and is rented out for private events. 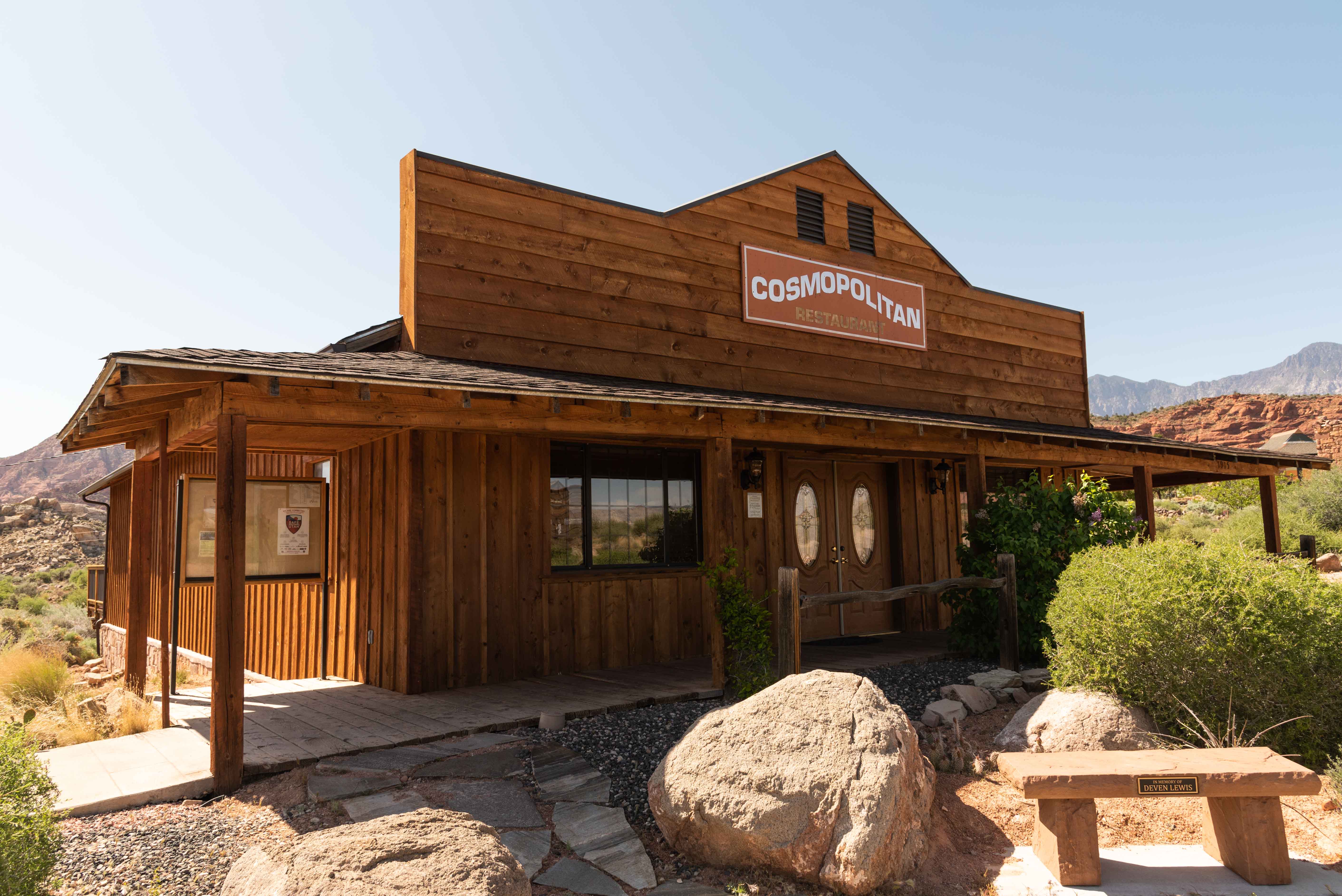 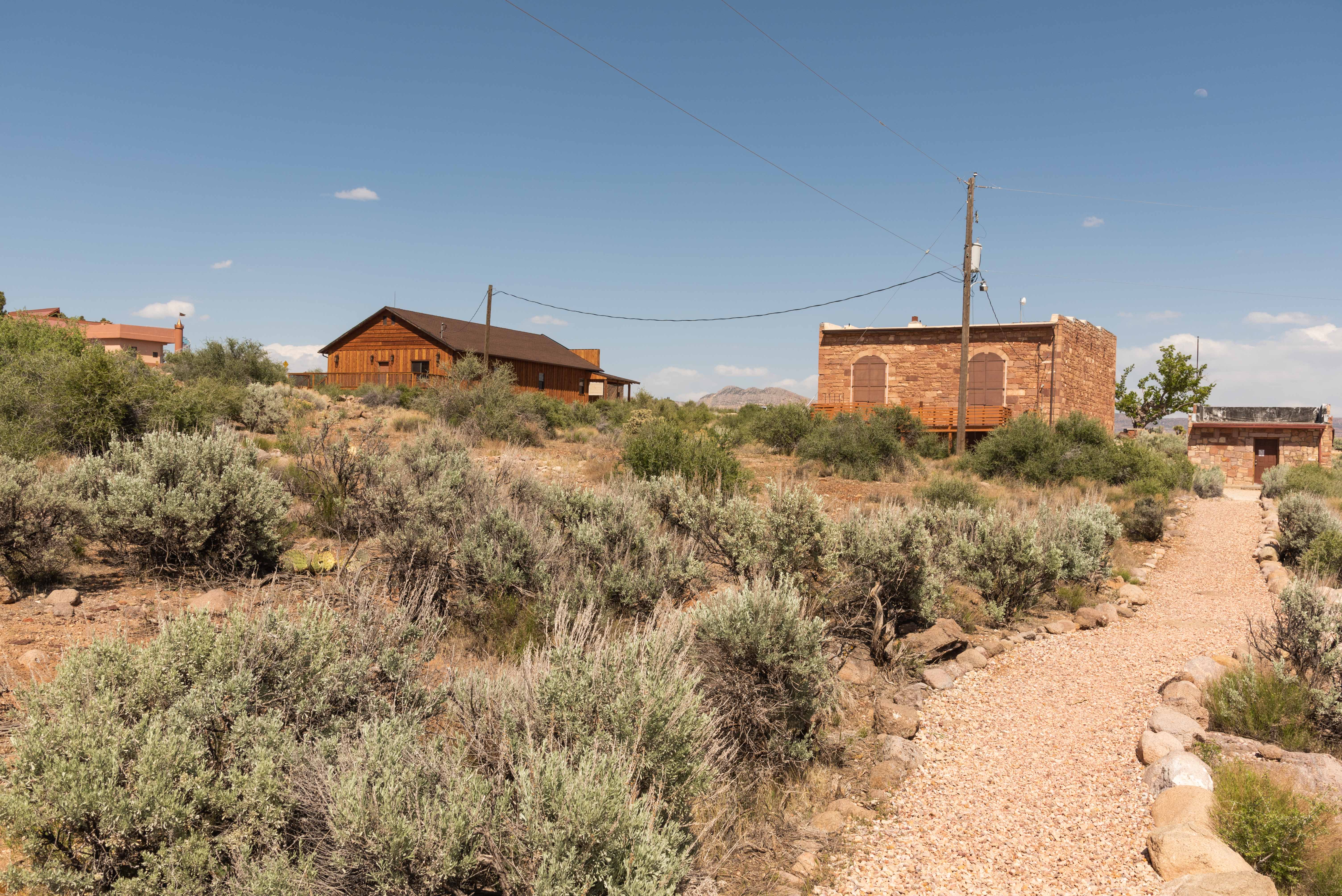 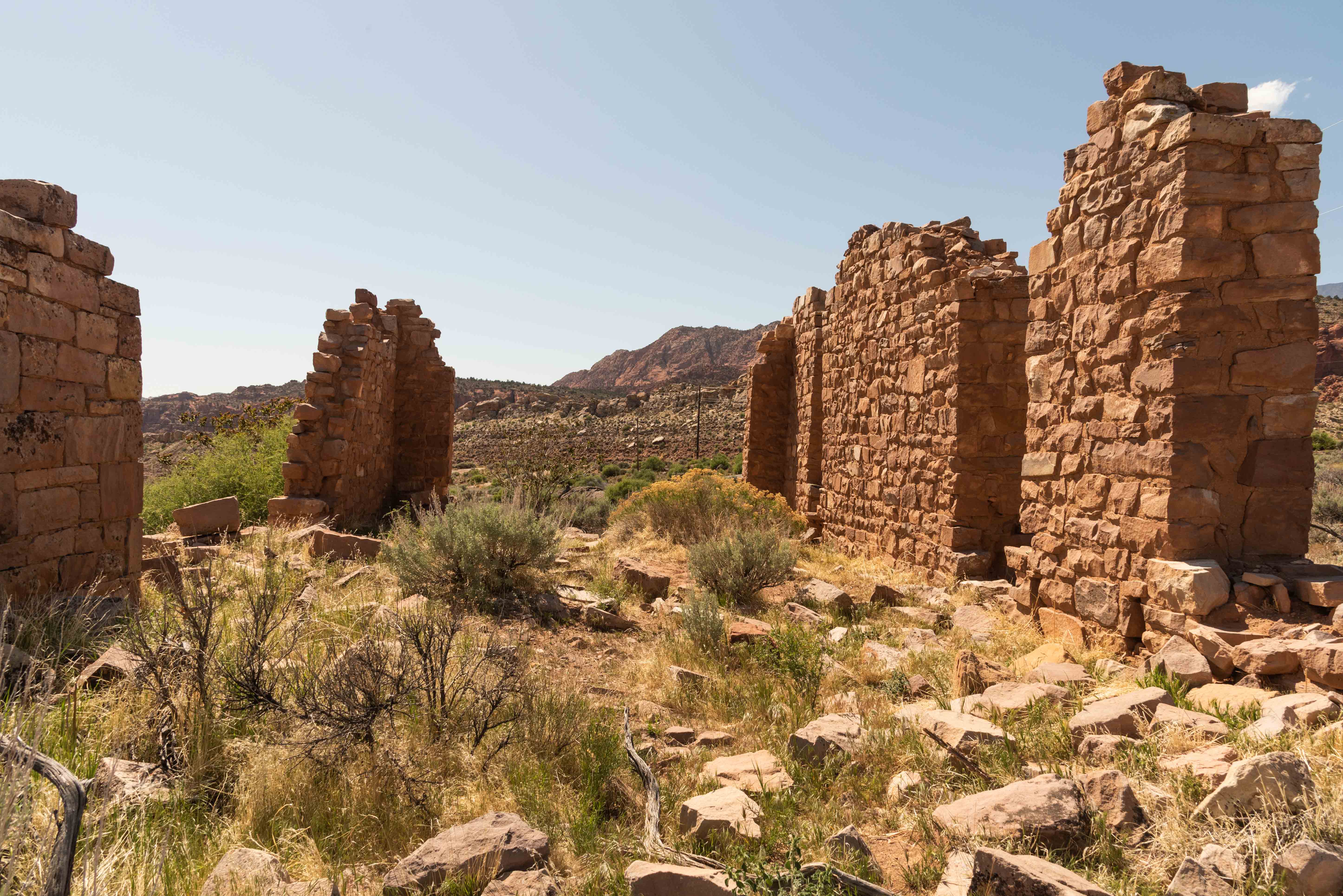 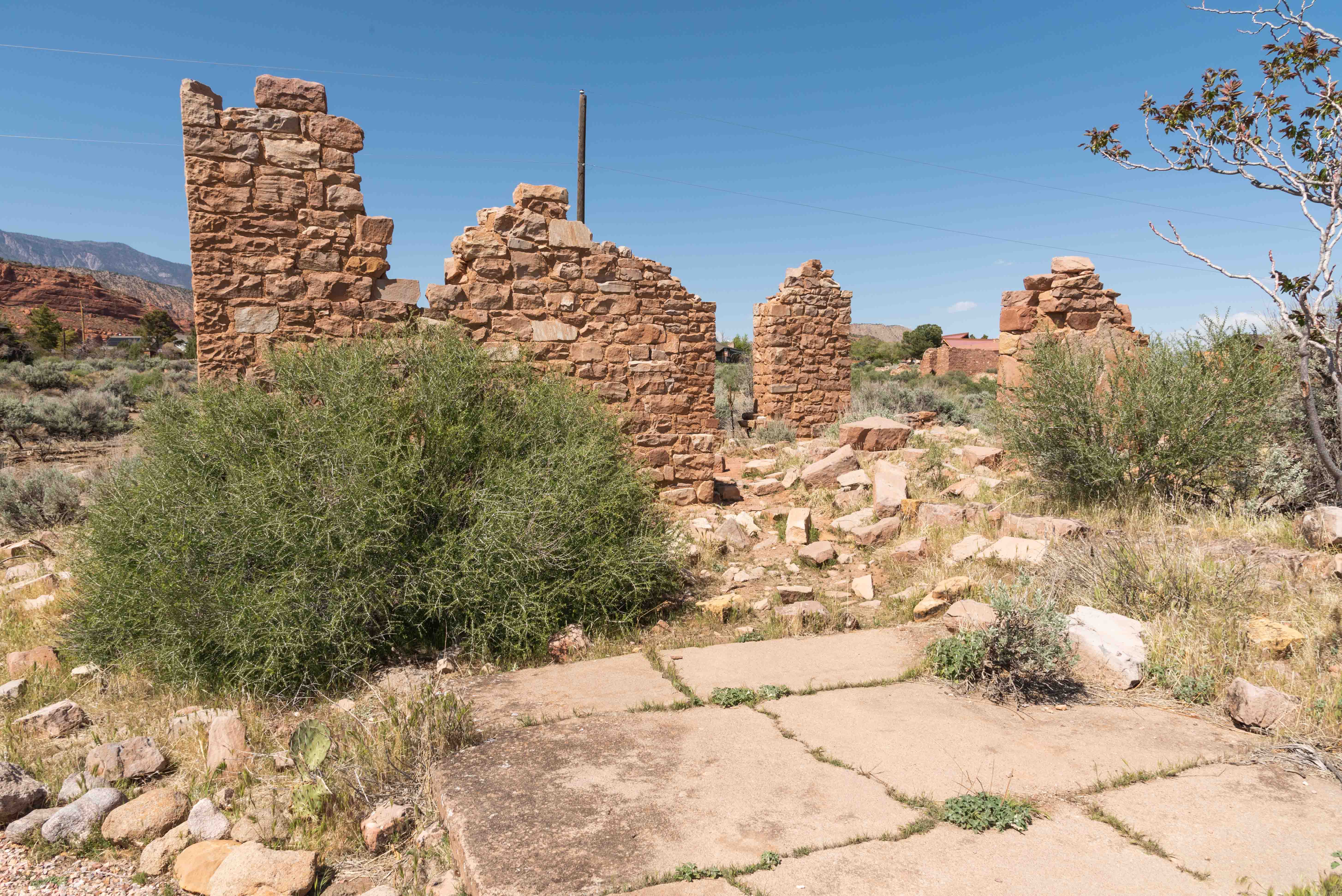 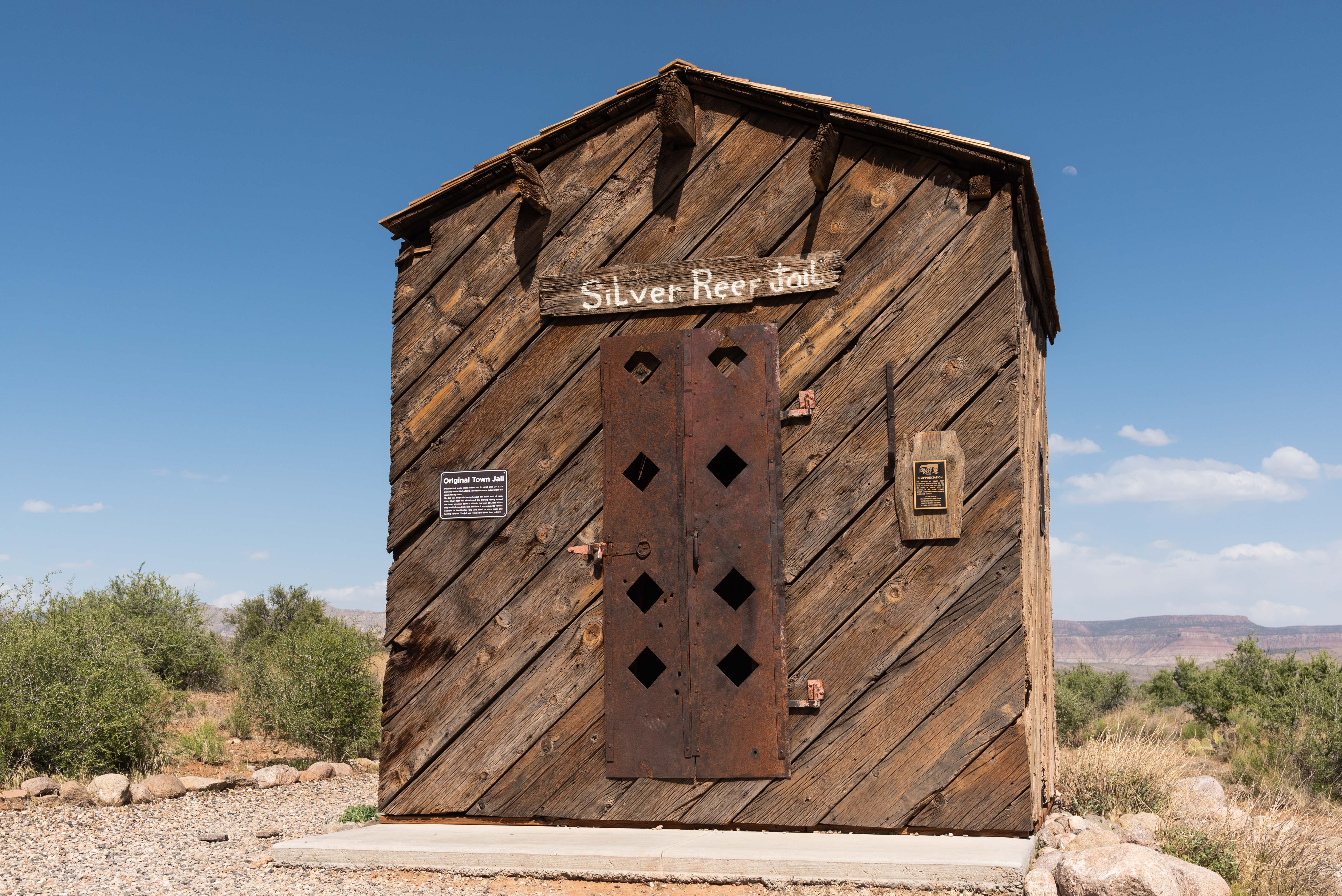 Harrison House was a two-story hotel with 45 rooms. The hotel featured a restaurant and stores on the first floor and guest rooms on the second. The hotel was completely rebuilt after being destroyed in the fire of 1879. 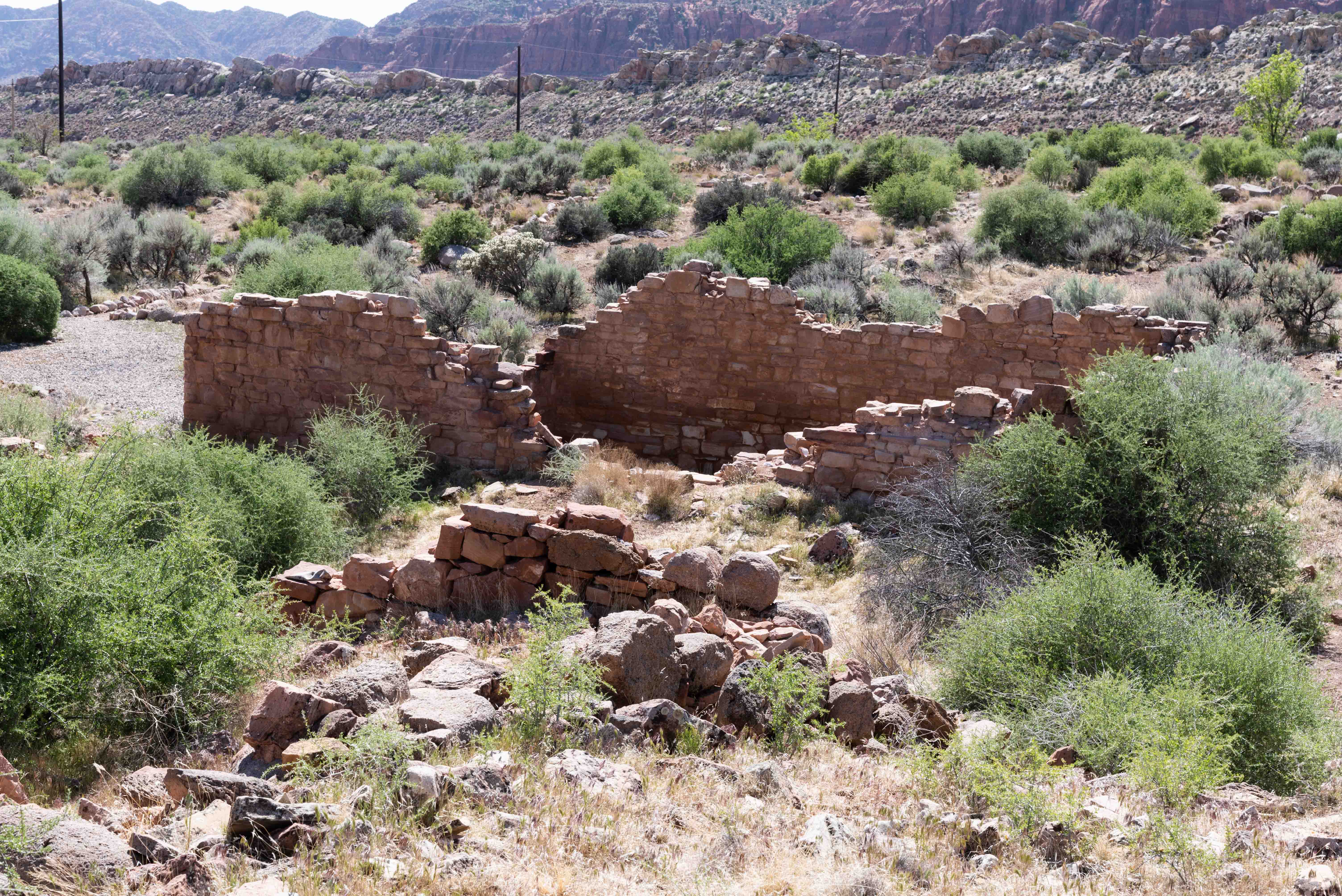 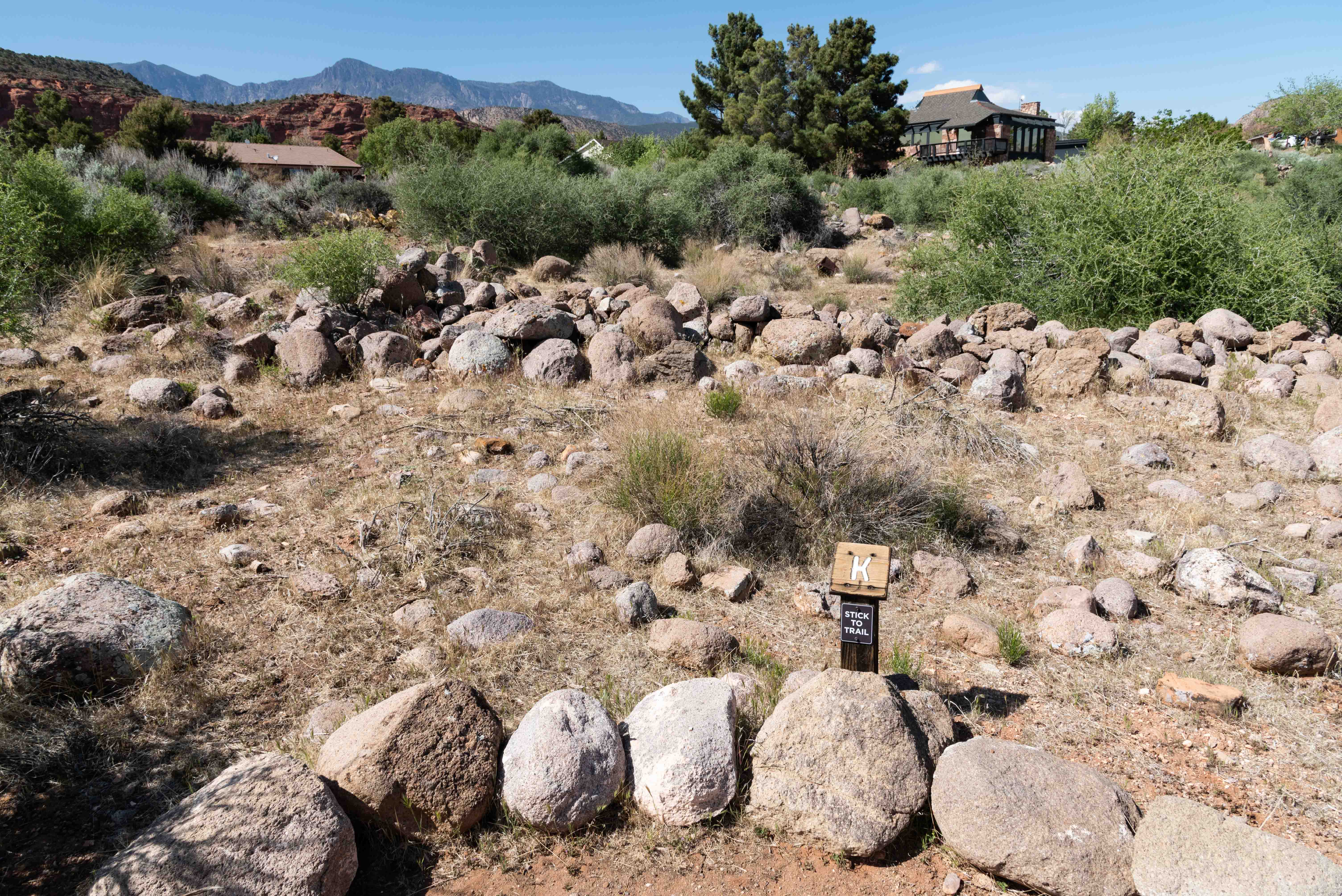 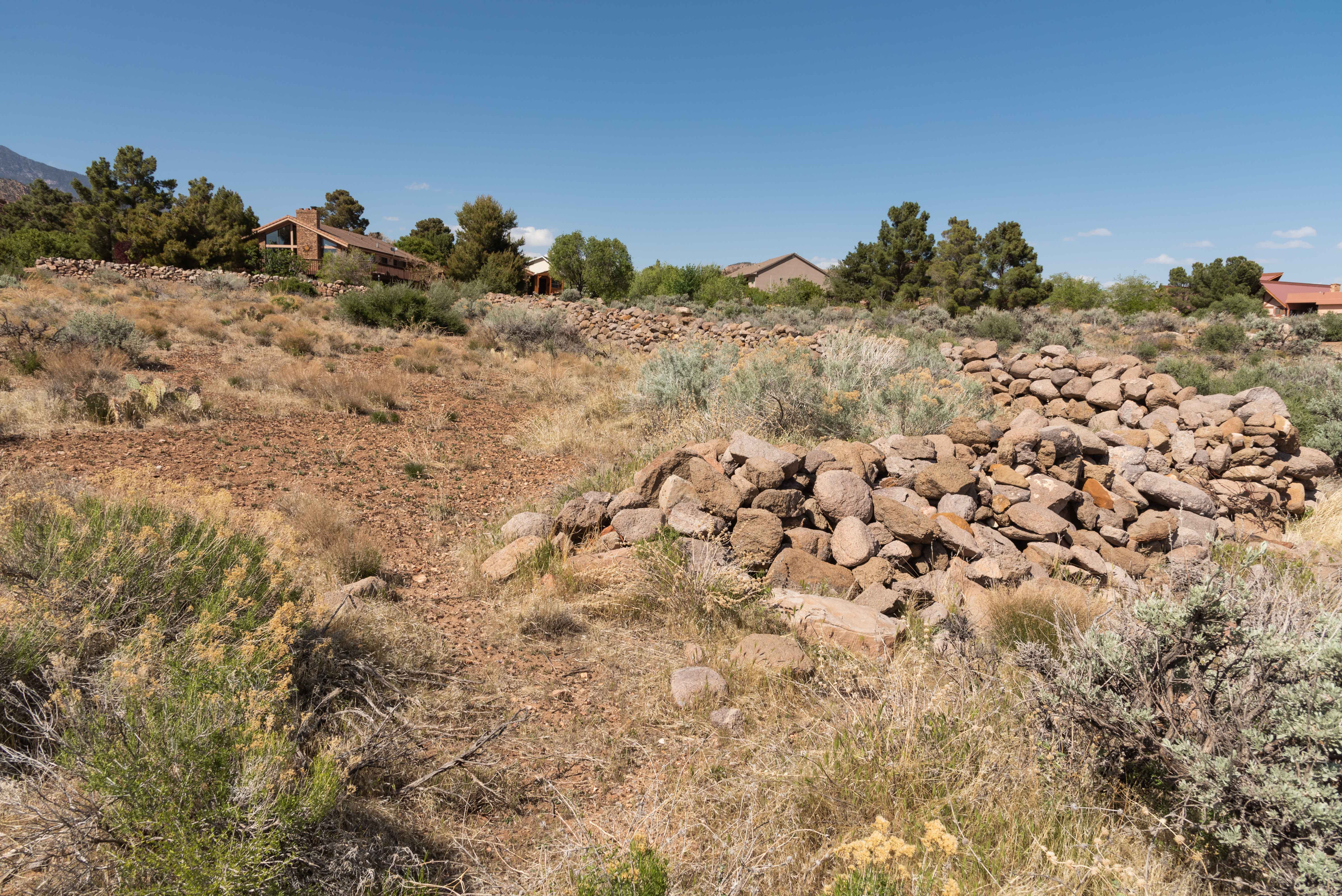 Site of Schoolhouse built in 1881
(area inside stone wall) 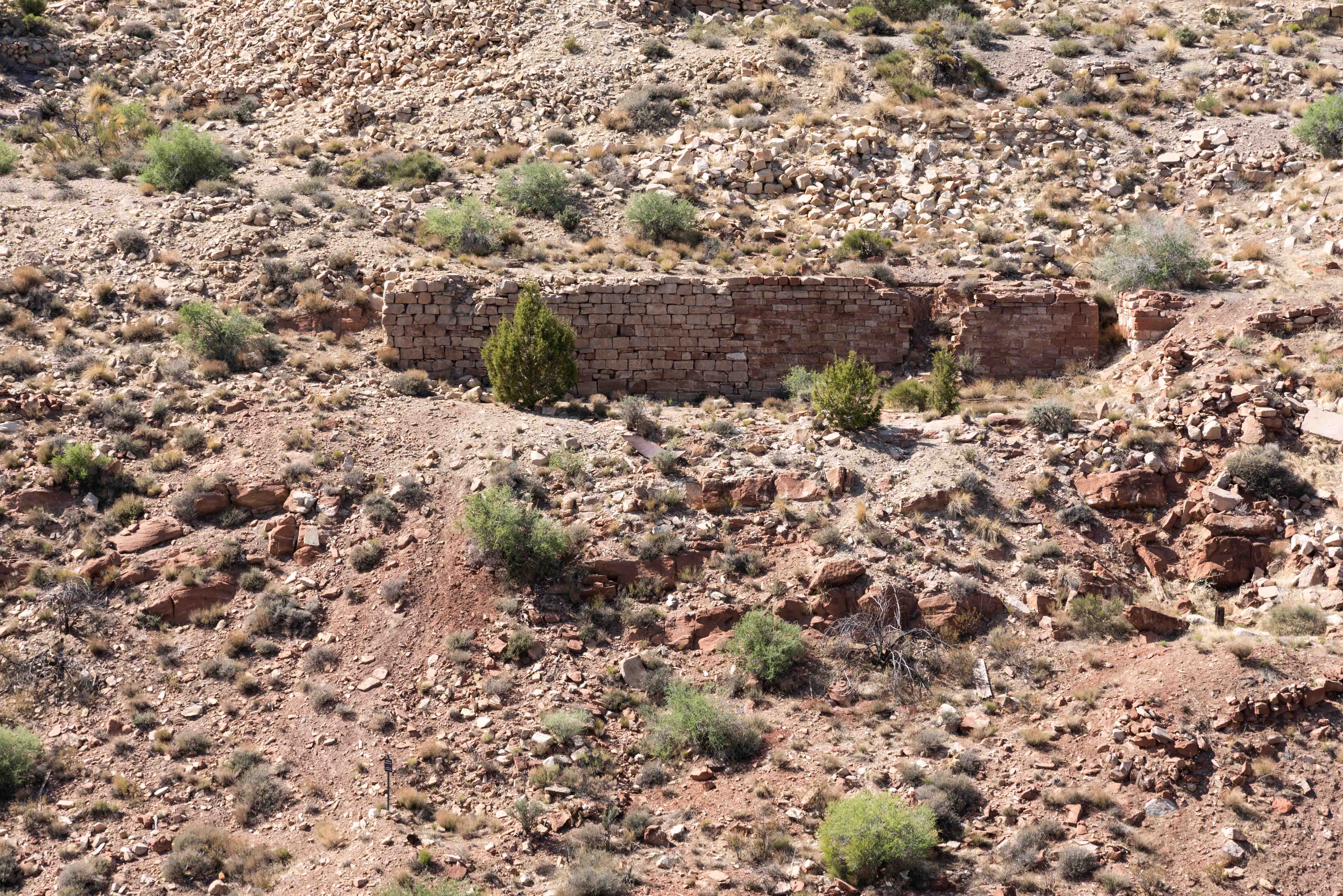 Remnants of Barbee and Walker mill

The Equipment Yard is located next to the Wells Fargo building and contains tools and equipment used by the mines and mills around Silver Reef. Among the equipment pictured below are a steam-powered hoist and a horse-powered whim that were used to haul equipment and ore in and out of the mine. 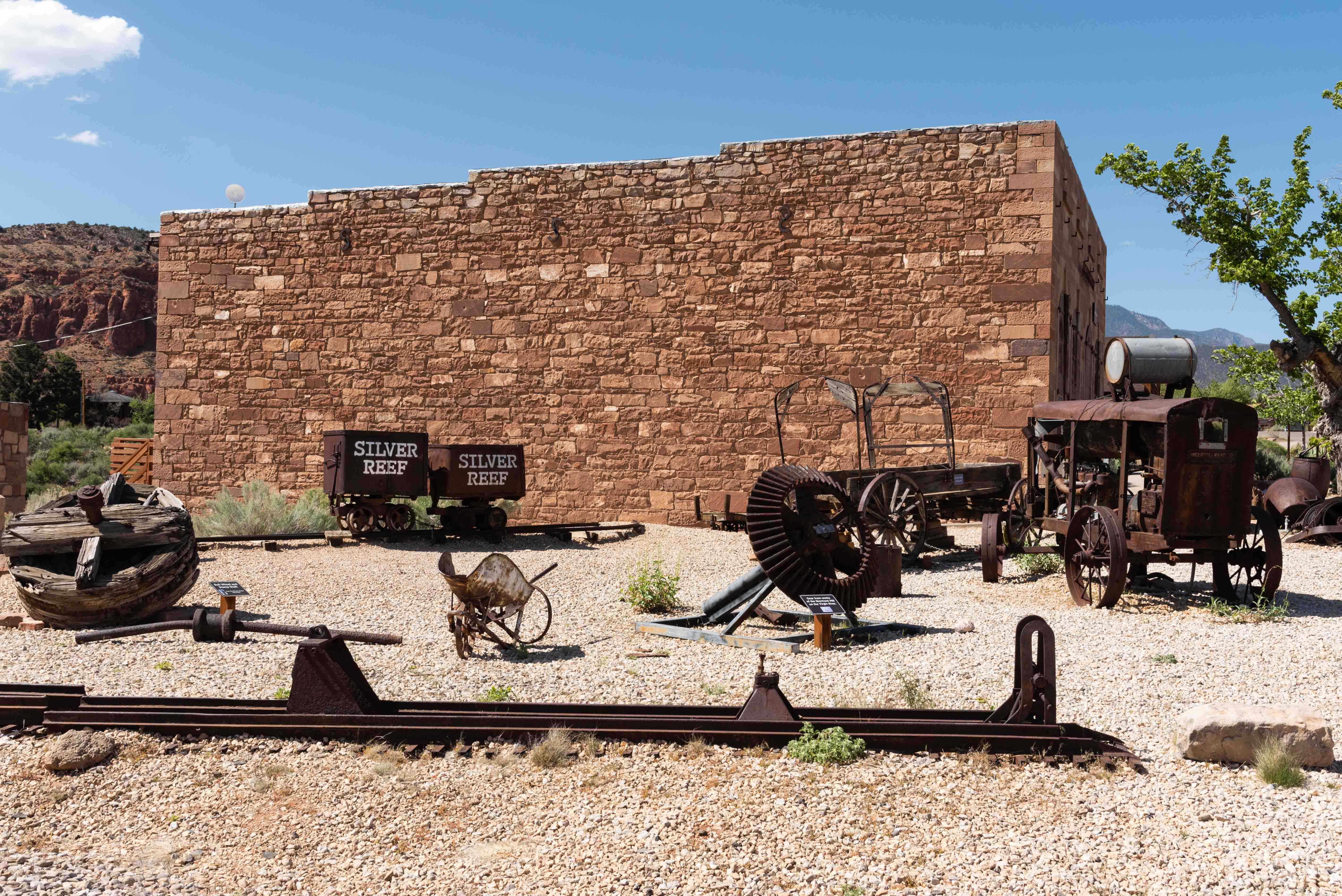 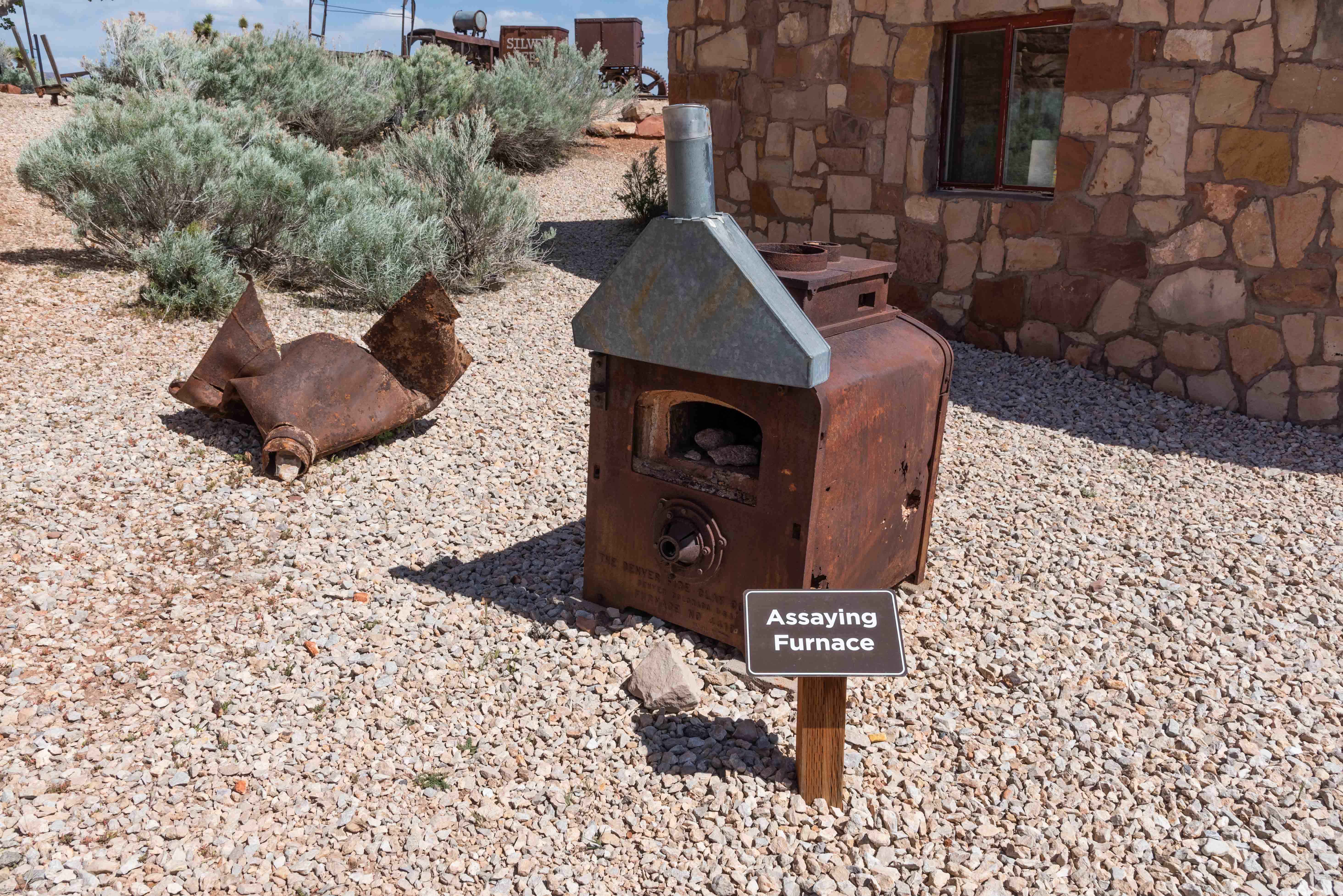 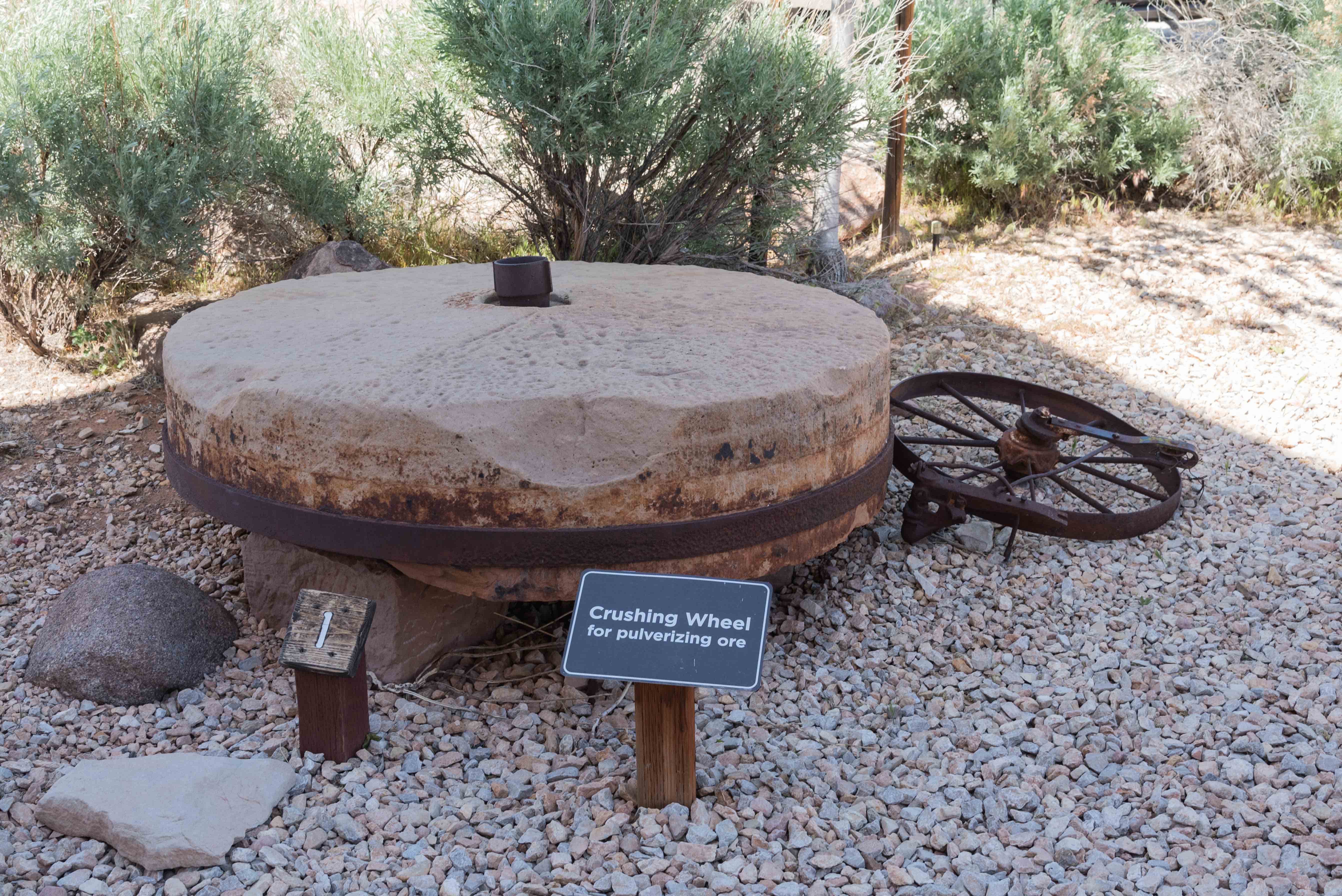 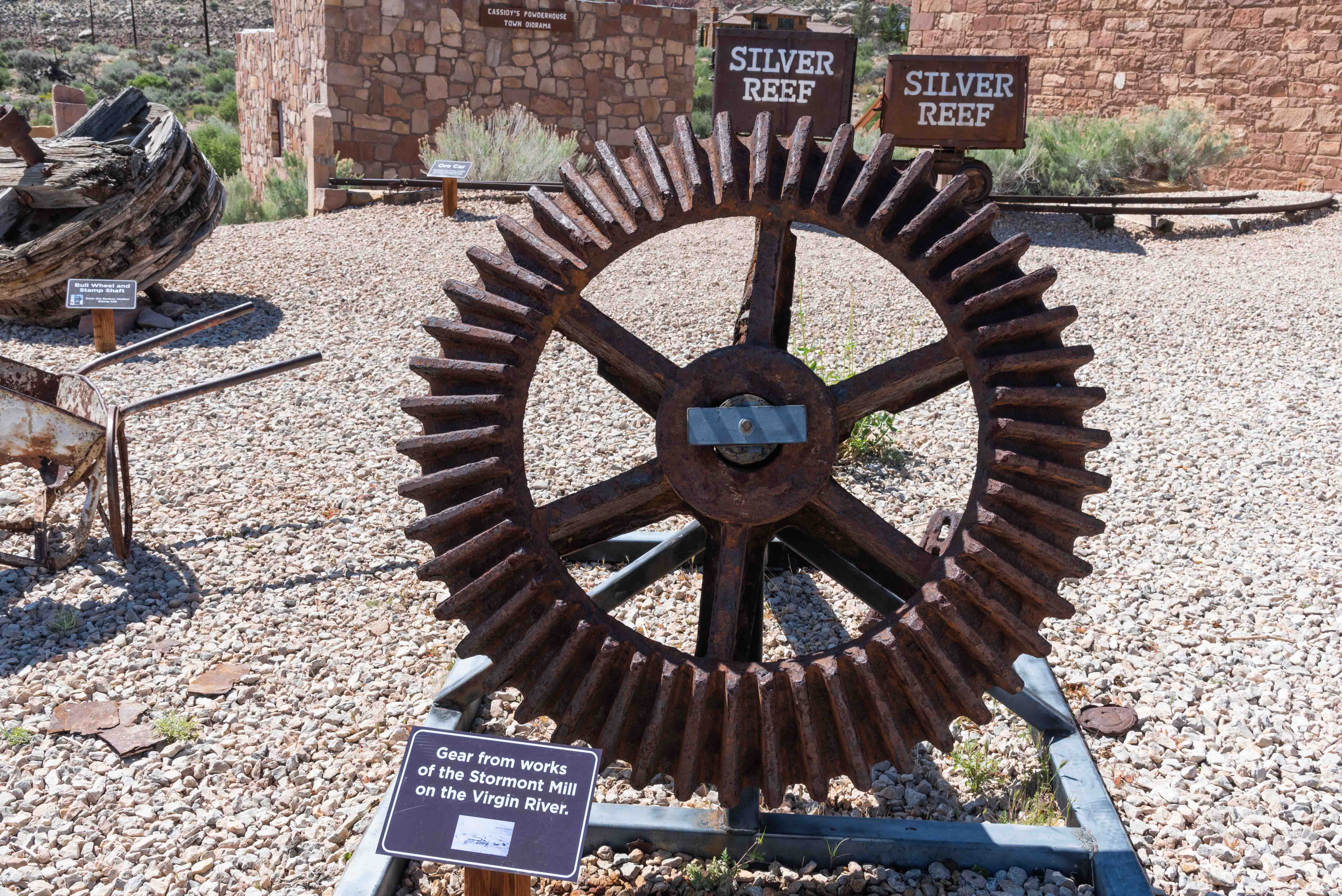 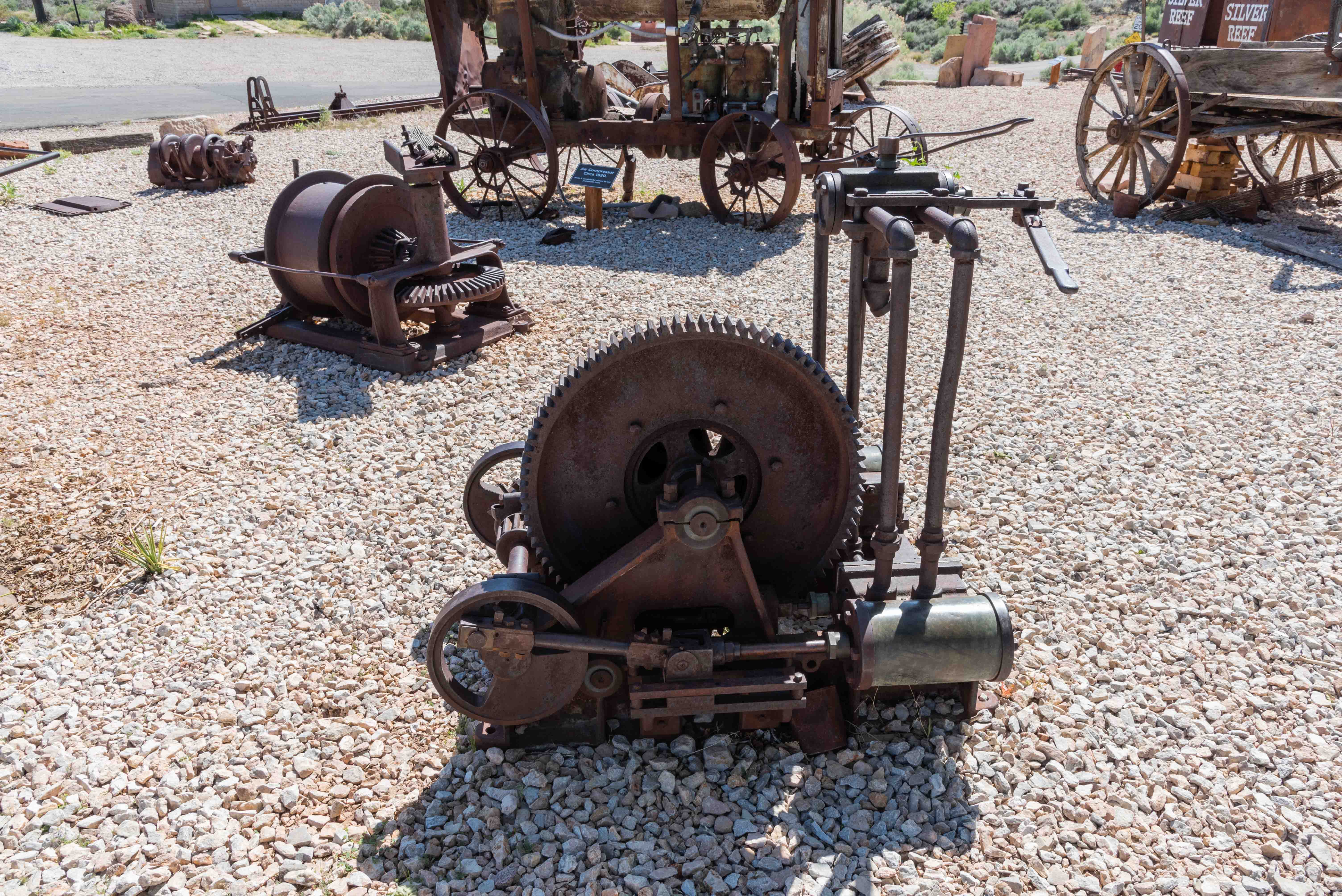 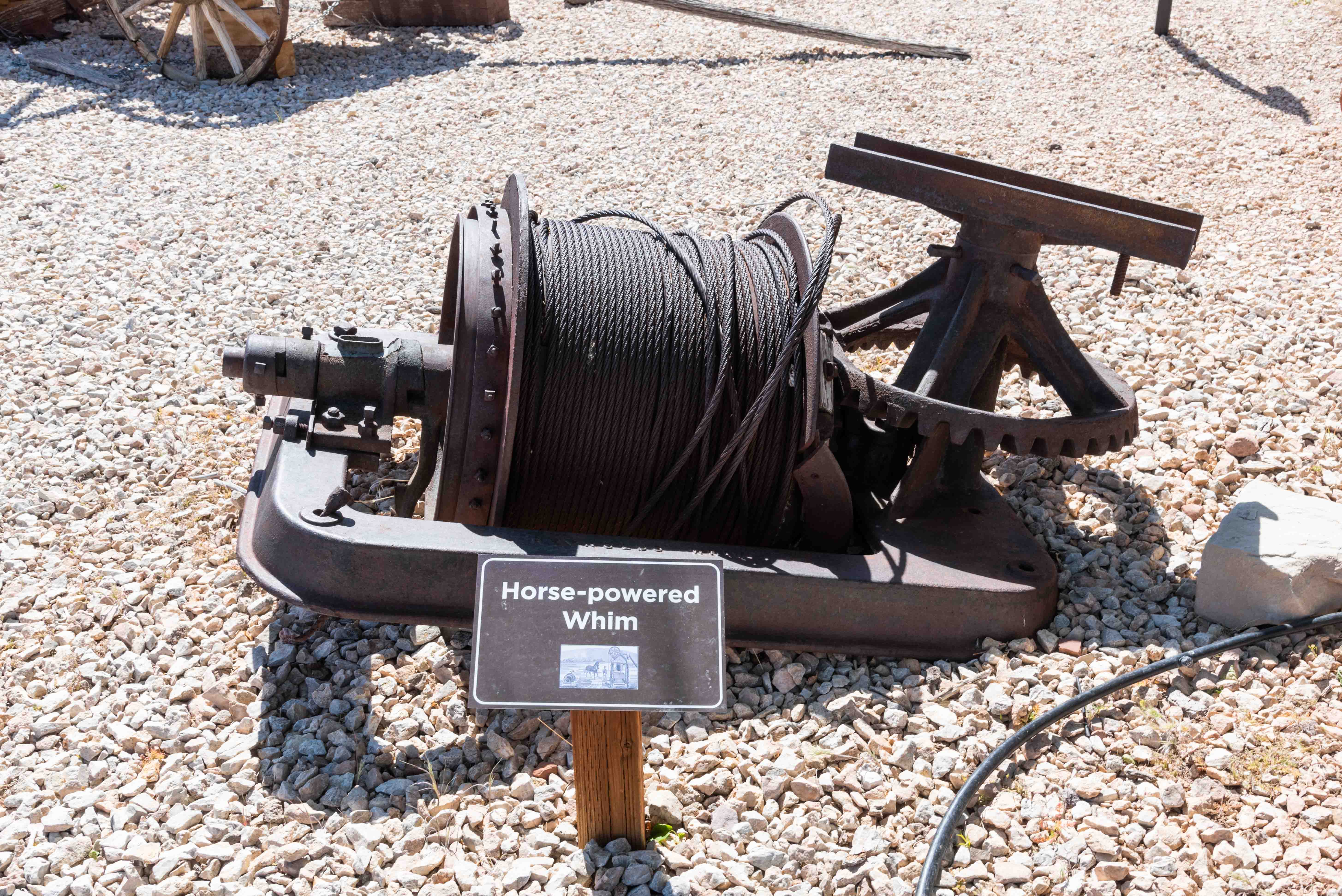 Most ghost towns I've explored are located off the beaten path in the boondocks. Not so for Silver Reef. It's surrounded and encroached upon by the suburbs of Leeds. You will find an art gallery next to ruined businesses on Main Street and mansions just yards from the old schoolhouse. 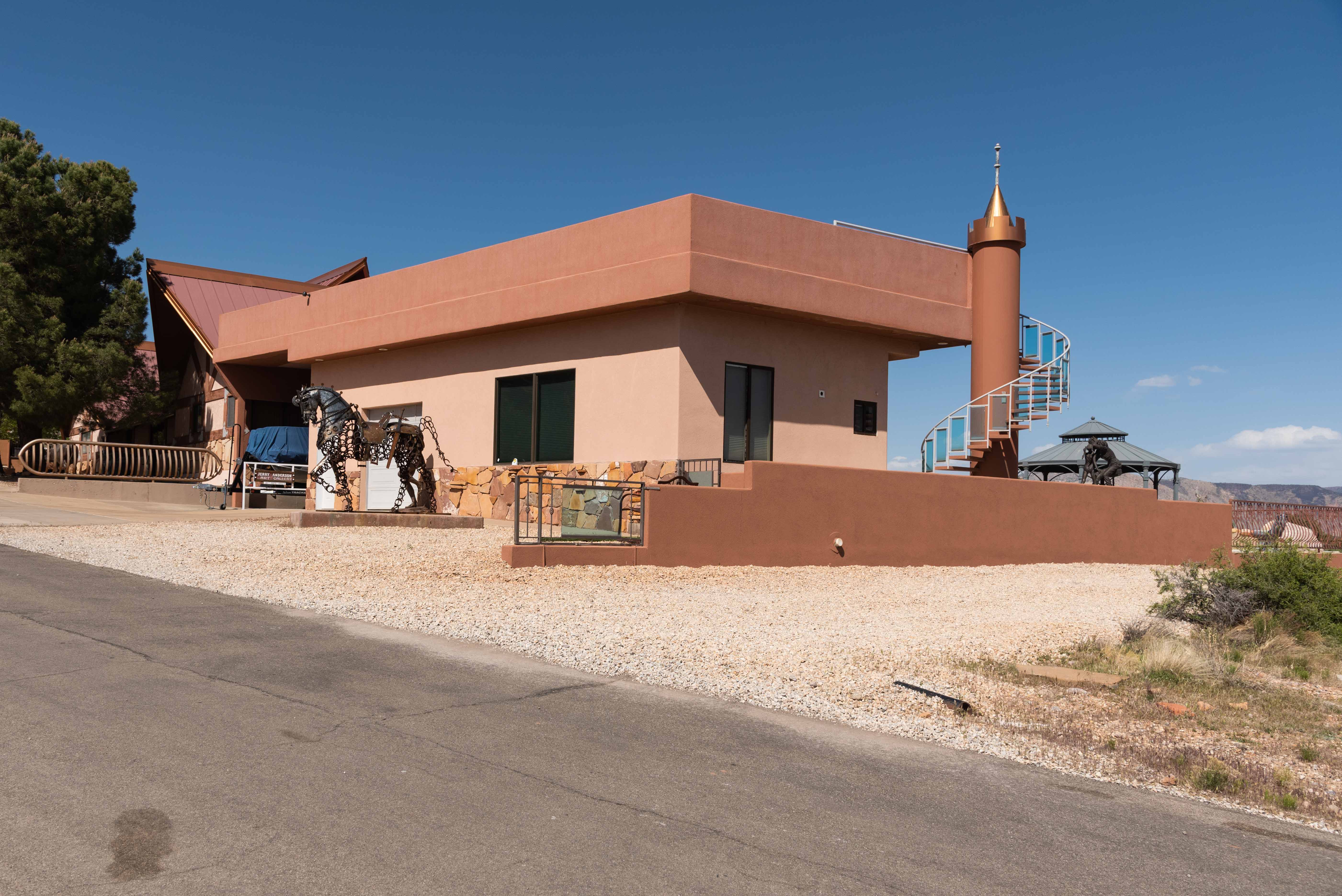 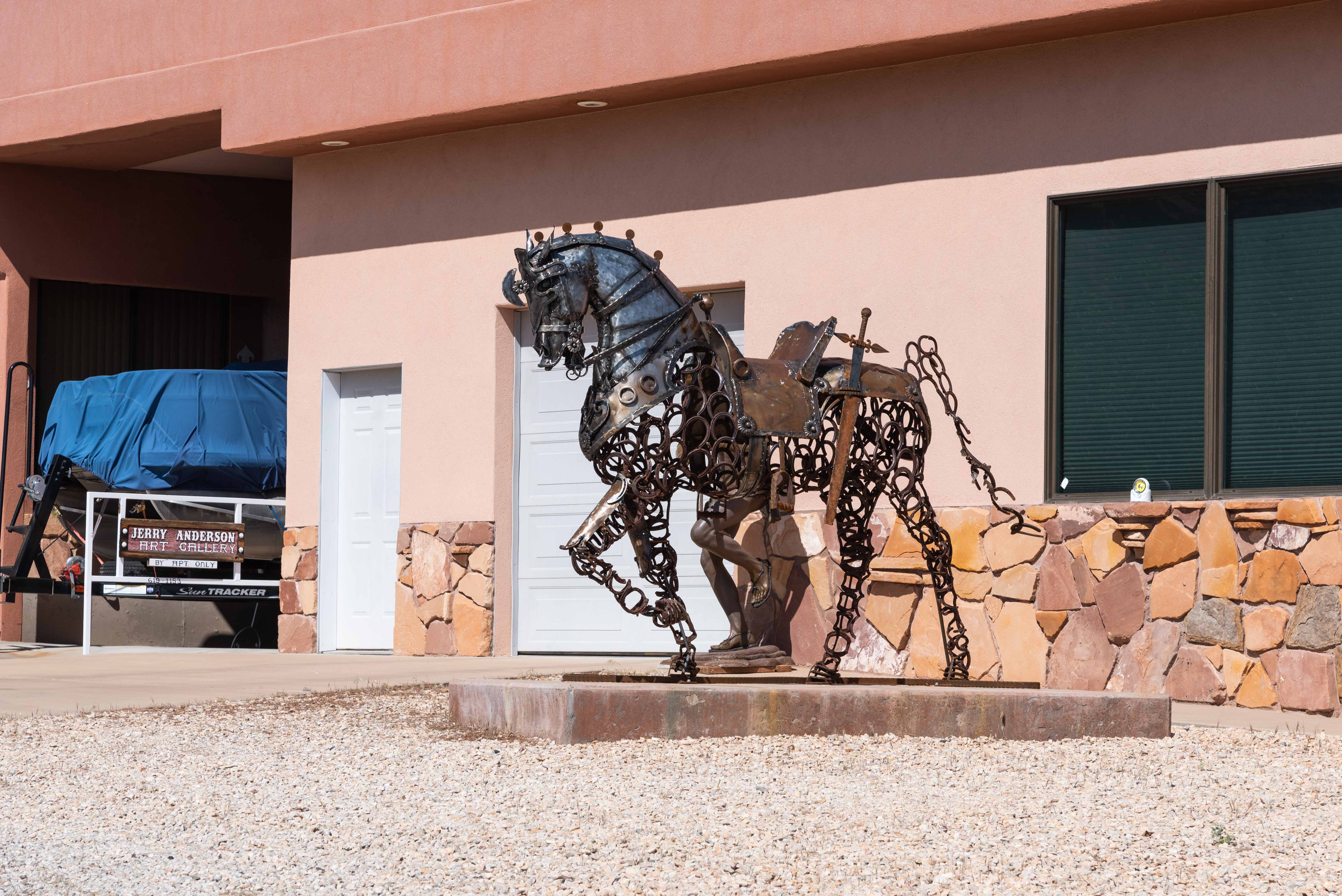 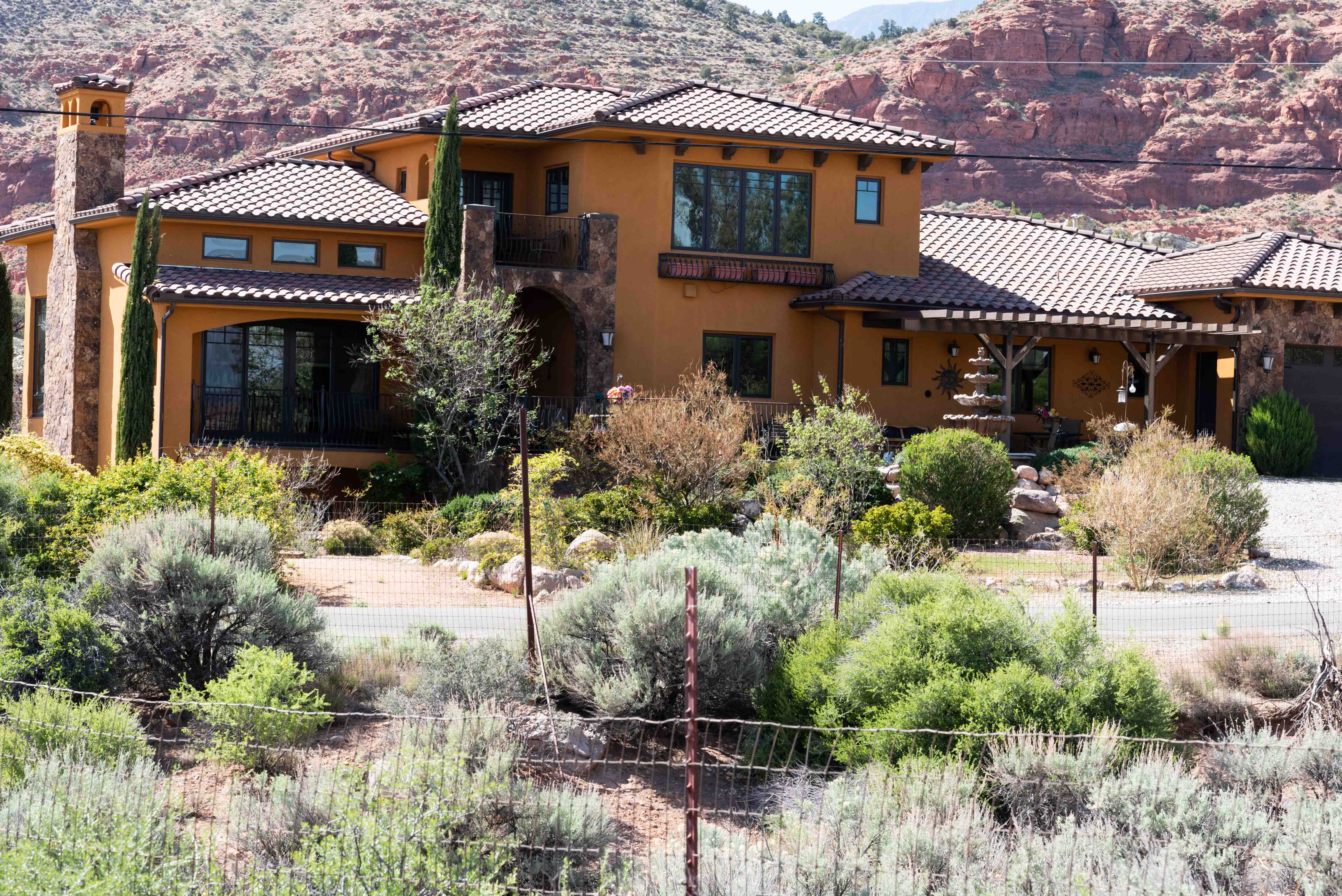 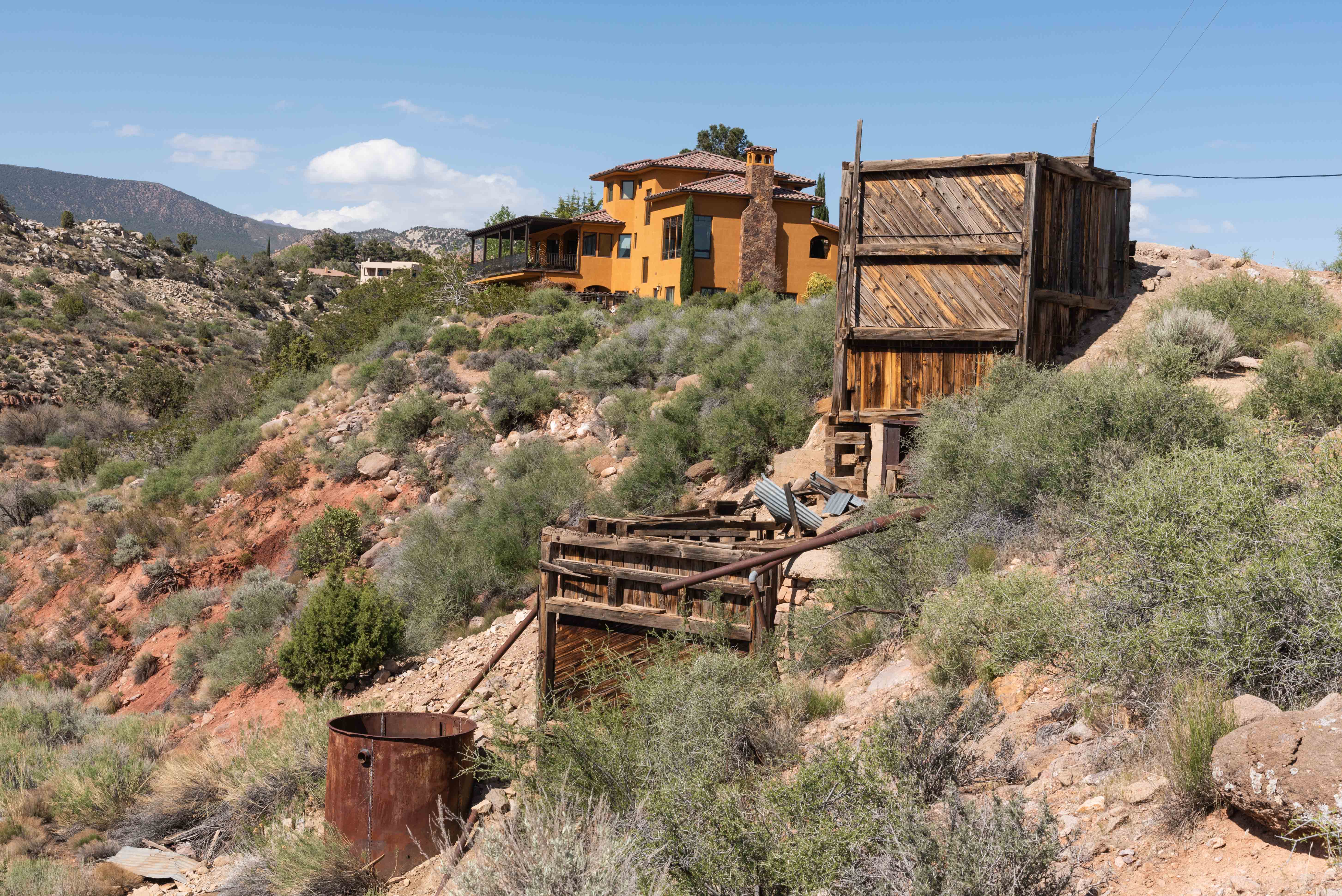 The Old and the New

Background information taken from the Silver Reef Trail Guide, Wikipedia, and other on-line sources.
Use the form on the Home Page to submit comments, questions, or suggestions.  TD Productions Copyright © 2021