Today we are traveling into Sego Canyon to visit the mining ghost town of Sego. Our journey starts at the town of Thompson Springs located just north of Interstate 70 at mile marker 187 in Utah. The distance to Sego Ghost town is 5 miles, and along the way we will stop to check out some pretty impressive rock art.

Thompson Springs, originally known as Thompson, was named after E.W. Thompson who operated a sawmill near the Bookcliffs. Thompson served as community center for a small number of farmers, ranchers, and sheepherders. The town eventually added a hotel, store, and saloon, and the Denver and Rio Grande Western added a depot. A post office was established in 1890 and the town became known as Thompson Springs. The town experienced a boom when coal was discovered around the turn of the 20th century. But every boom is usually followed by a bust, and when coal mining ceased in the 1950s Thompson Springs began a slow death spiral. Today Thompson Springs is virtually a ghost town. I would put the population at less than 20. 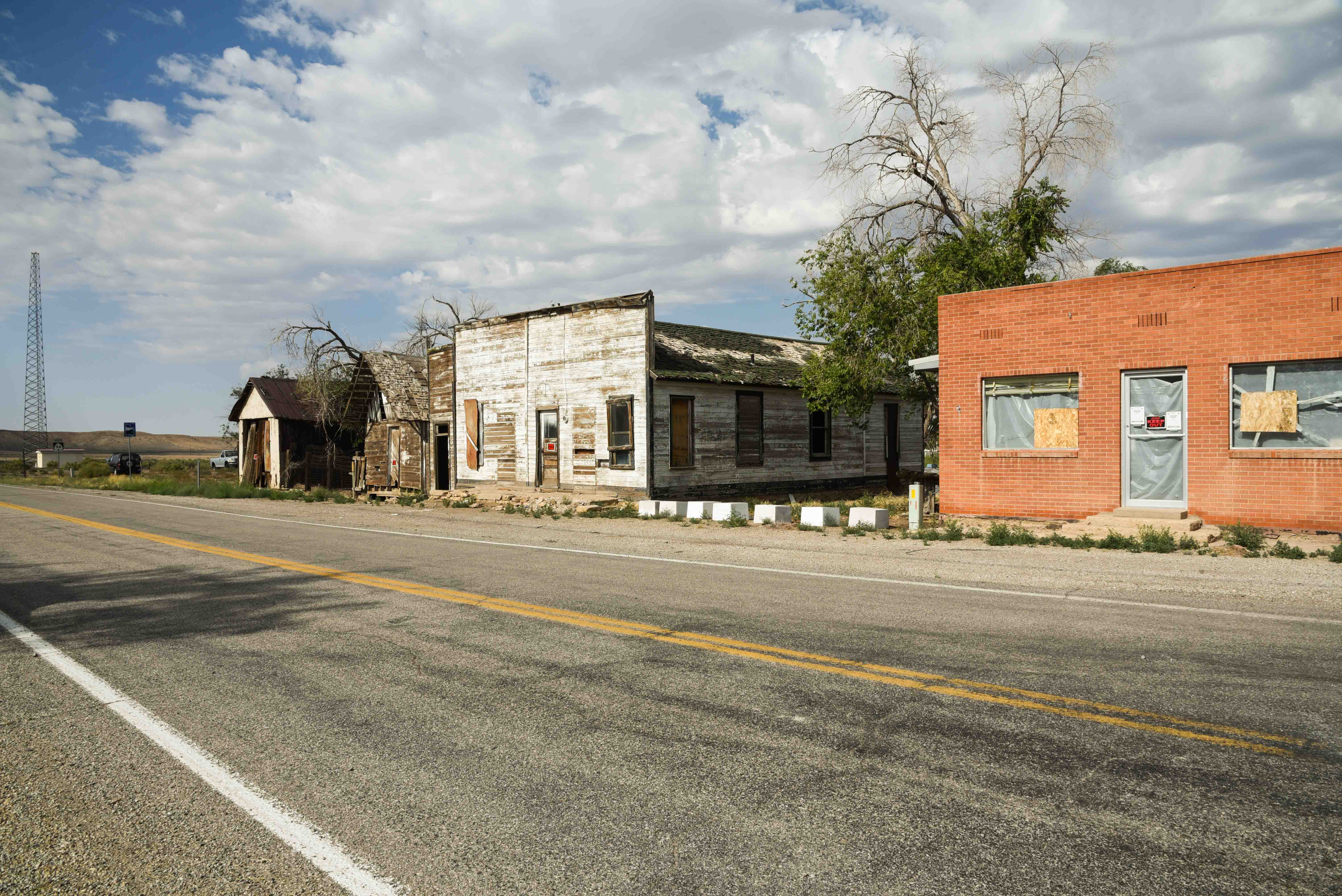 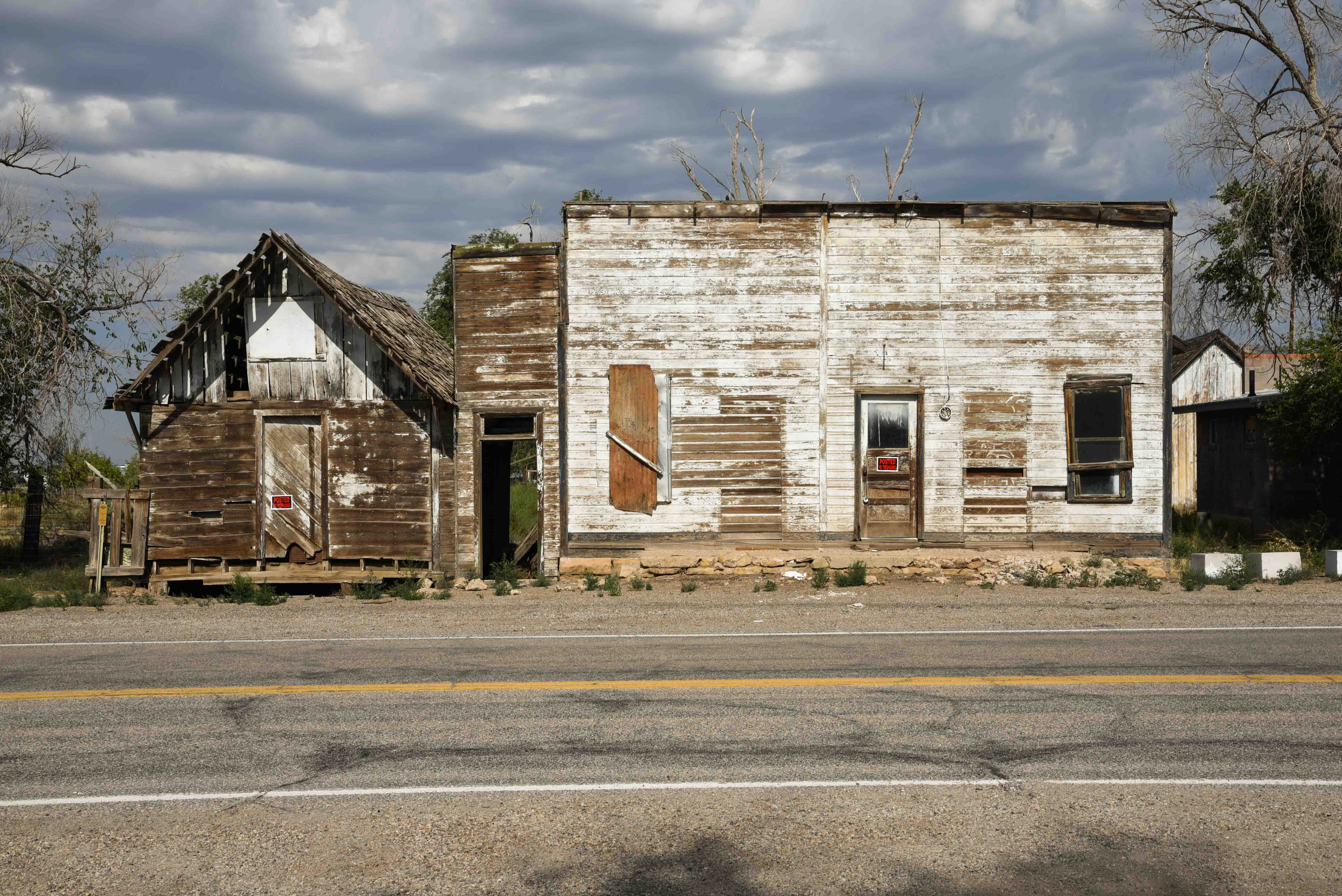 One building may have been a cafe 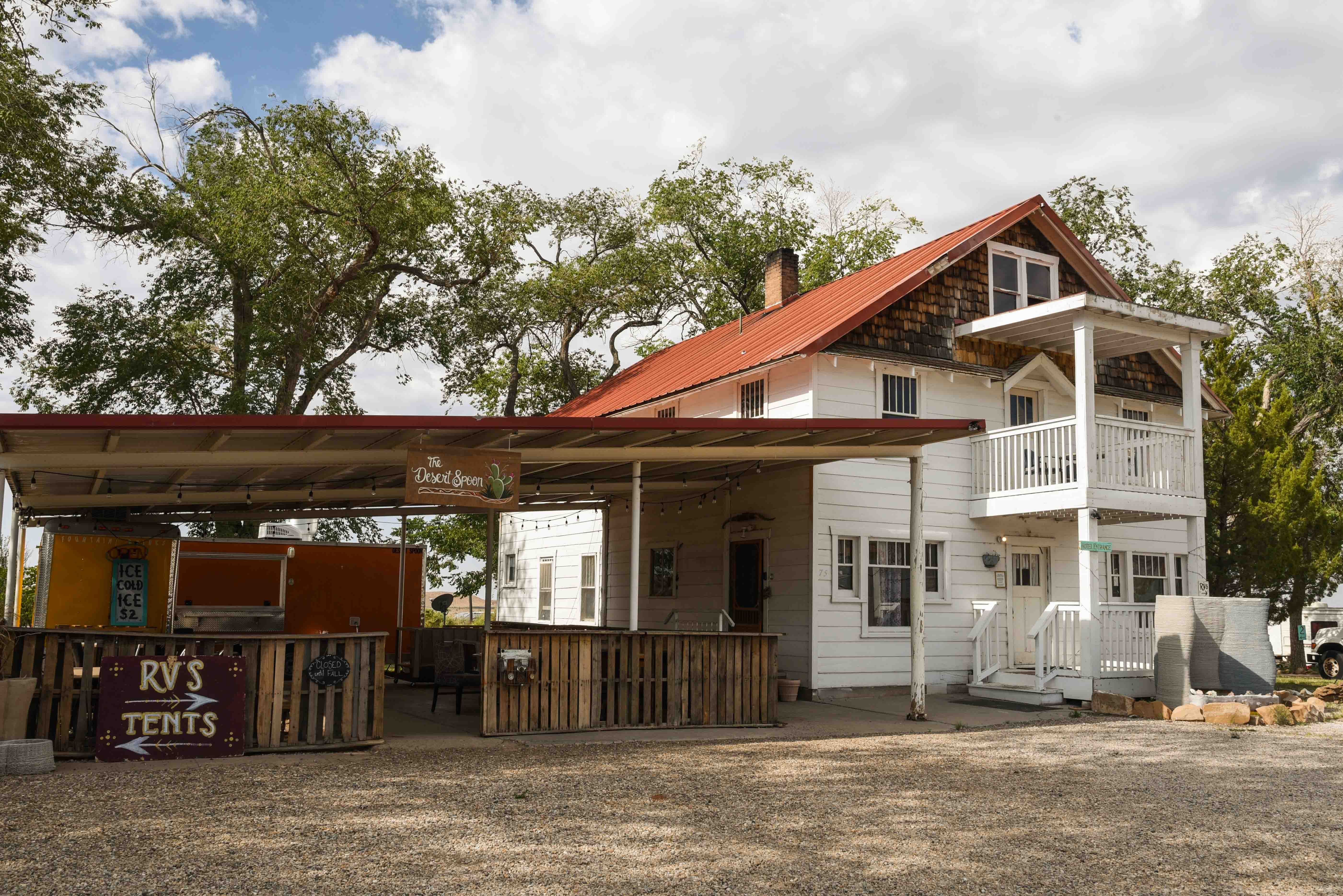 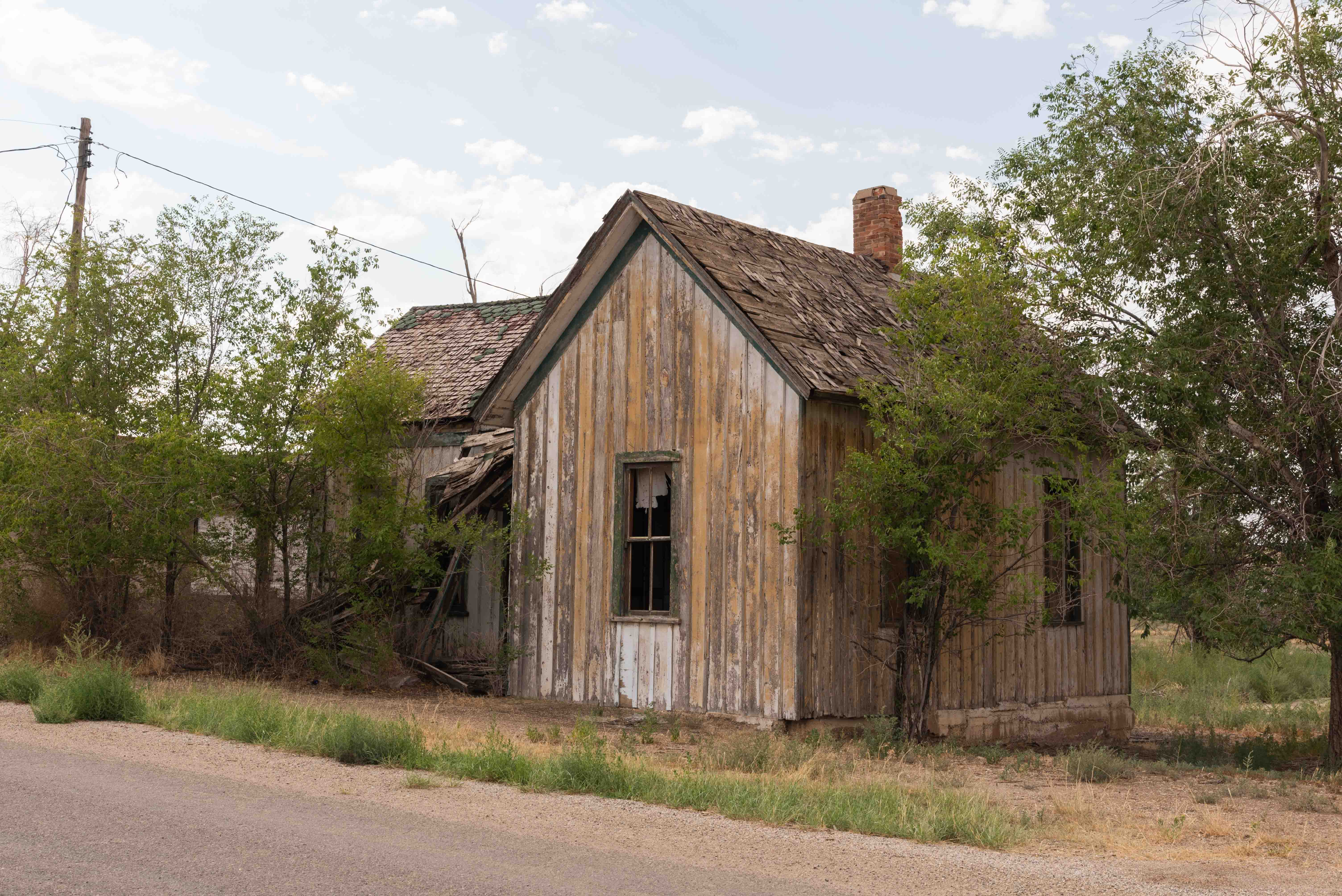 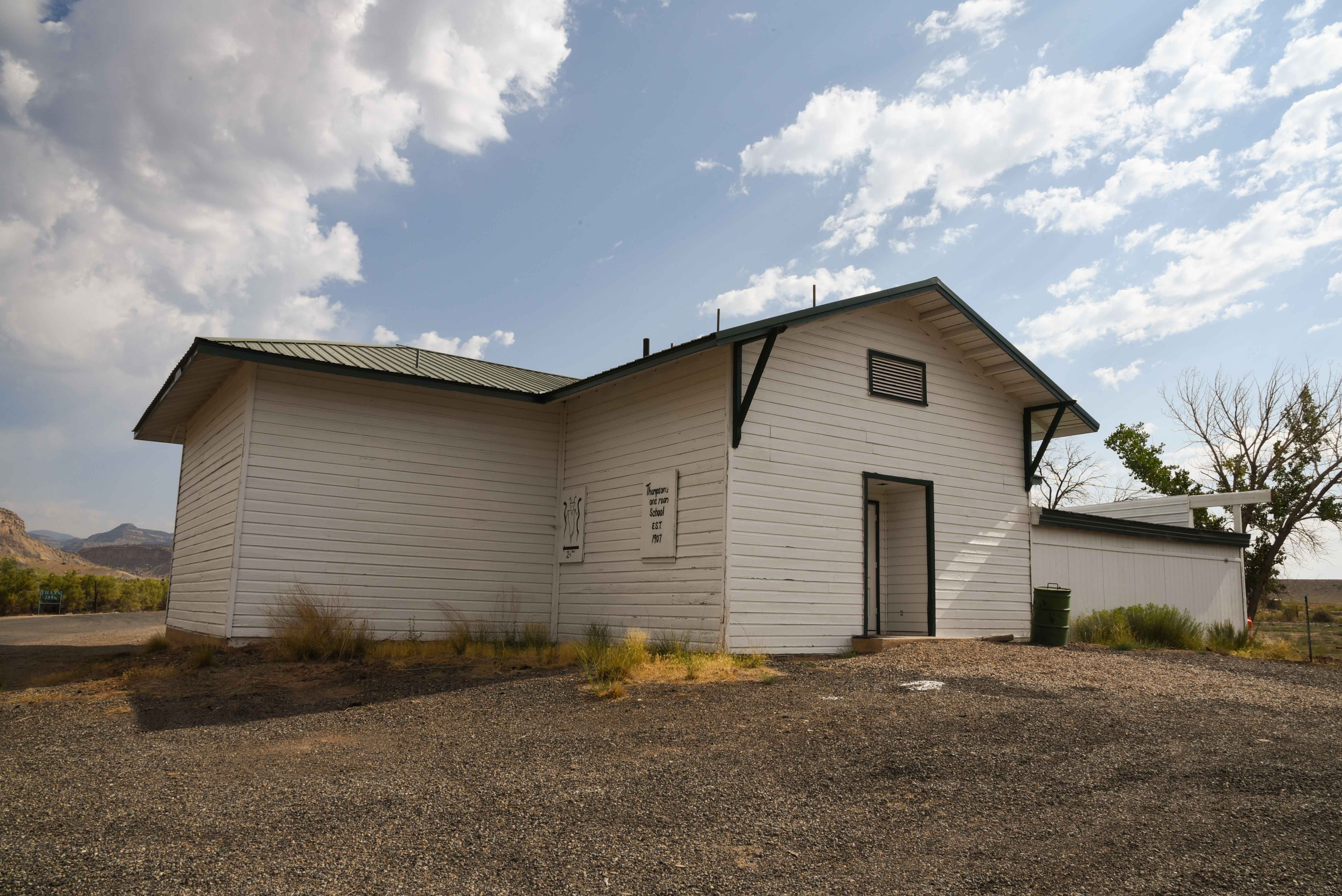 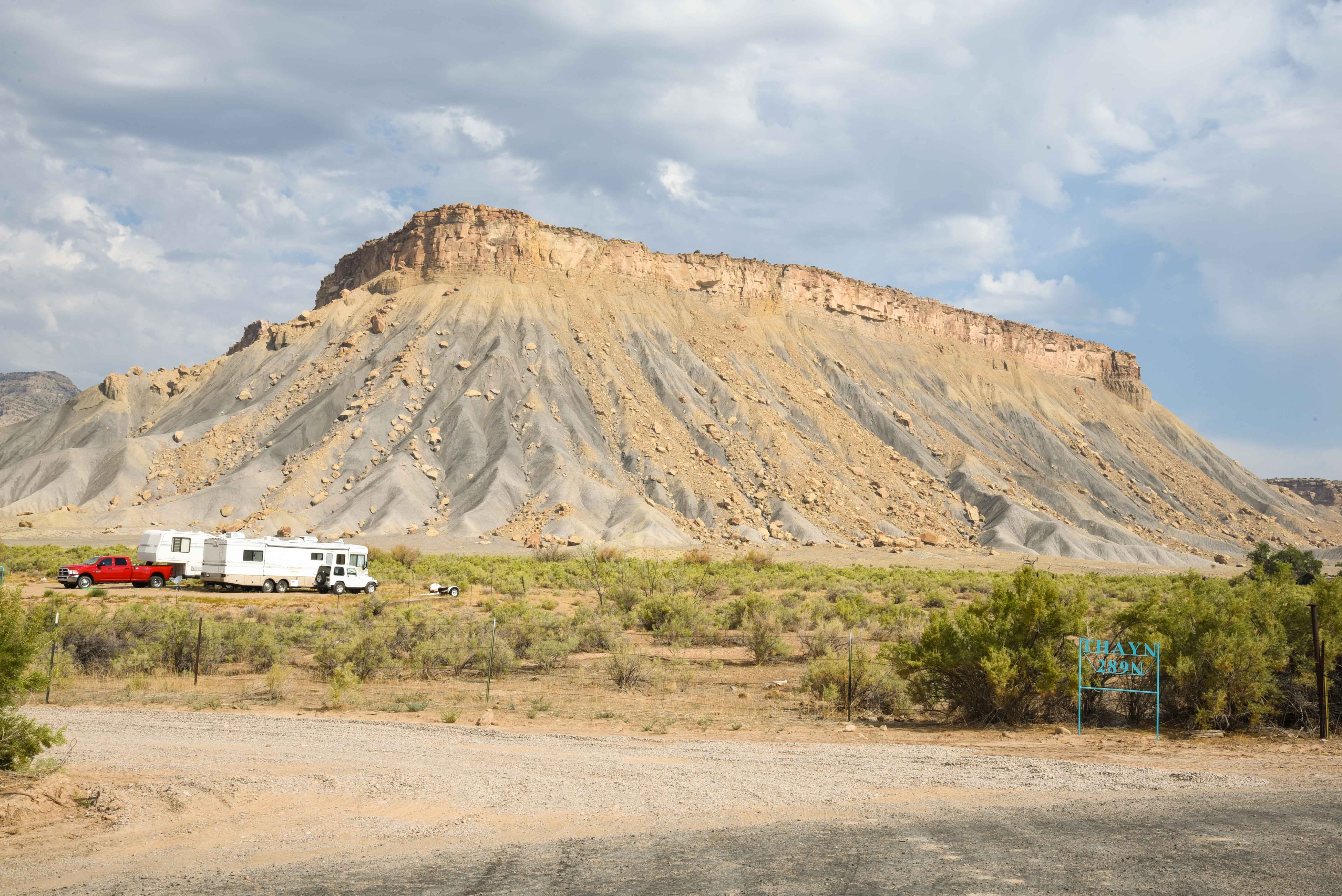 The next stop on our road trip is the Sego Canyon Rock Art, located about 3.5 miles north of Thompson Springs on BLM 159 which is the extension of Utah SR 94. The rock art site is really in Thompson Canyon, just a little south of its junction with Sego Canyon. Several pictograph panels are located on the west cliff face. These pictographs are drawn in what is termed the Barrier Canyon Style. This is a distinctive style found at many sites throughout eastern Utah and western Colorado. There is a famous example of this style called the Harvest Scene found in Canyonlands National Park. I have included a photograph I took of the Harvest Scene along side the Sego Rock Art panel for comparison. Barrier Canyon pictographs were created some 1500 to 4000 years ago by Archaic and Fremont cultures. 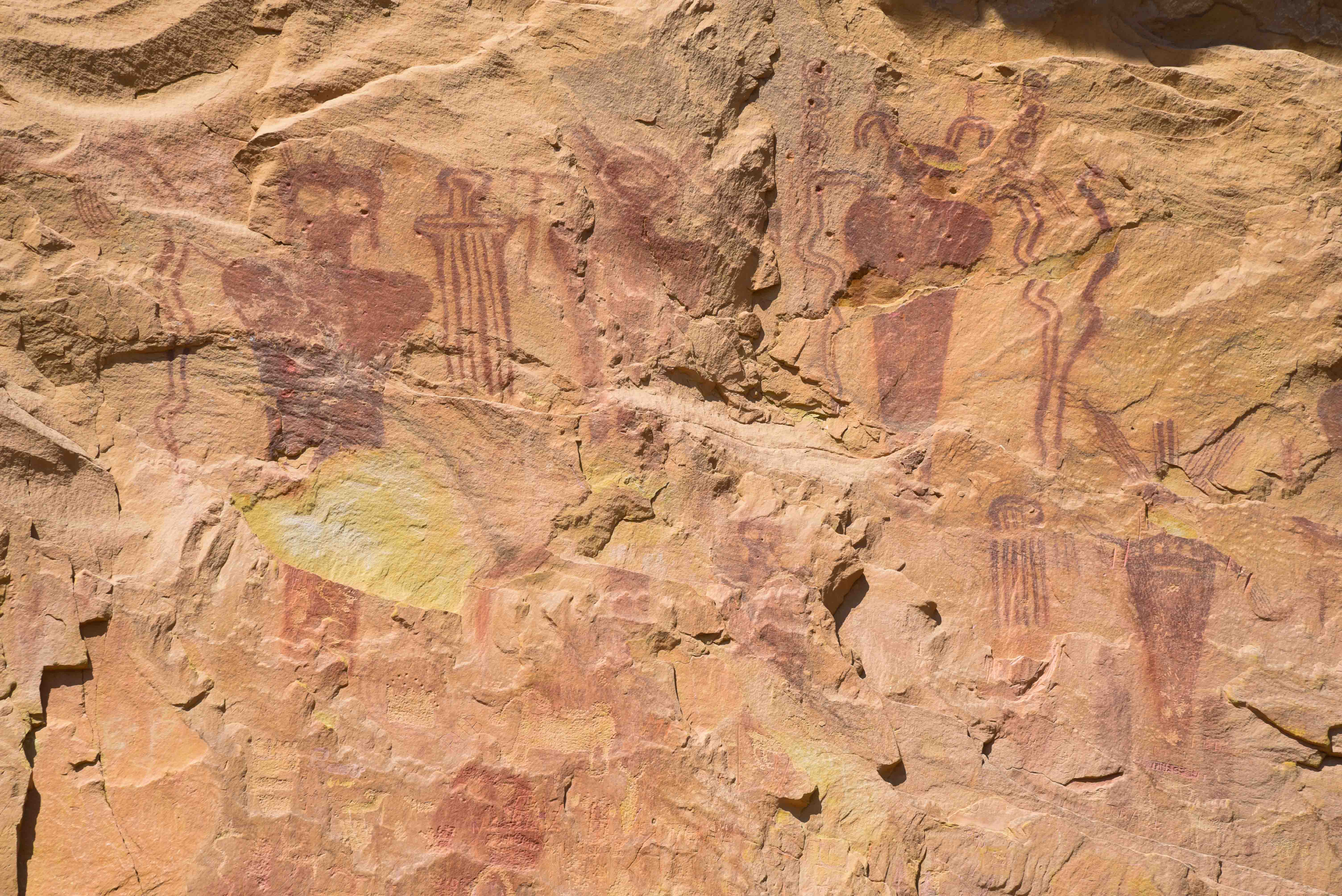 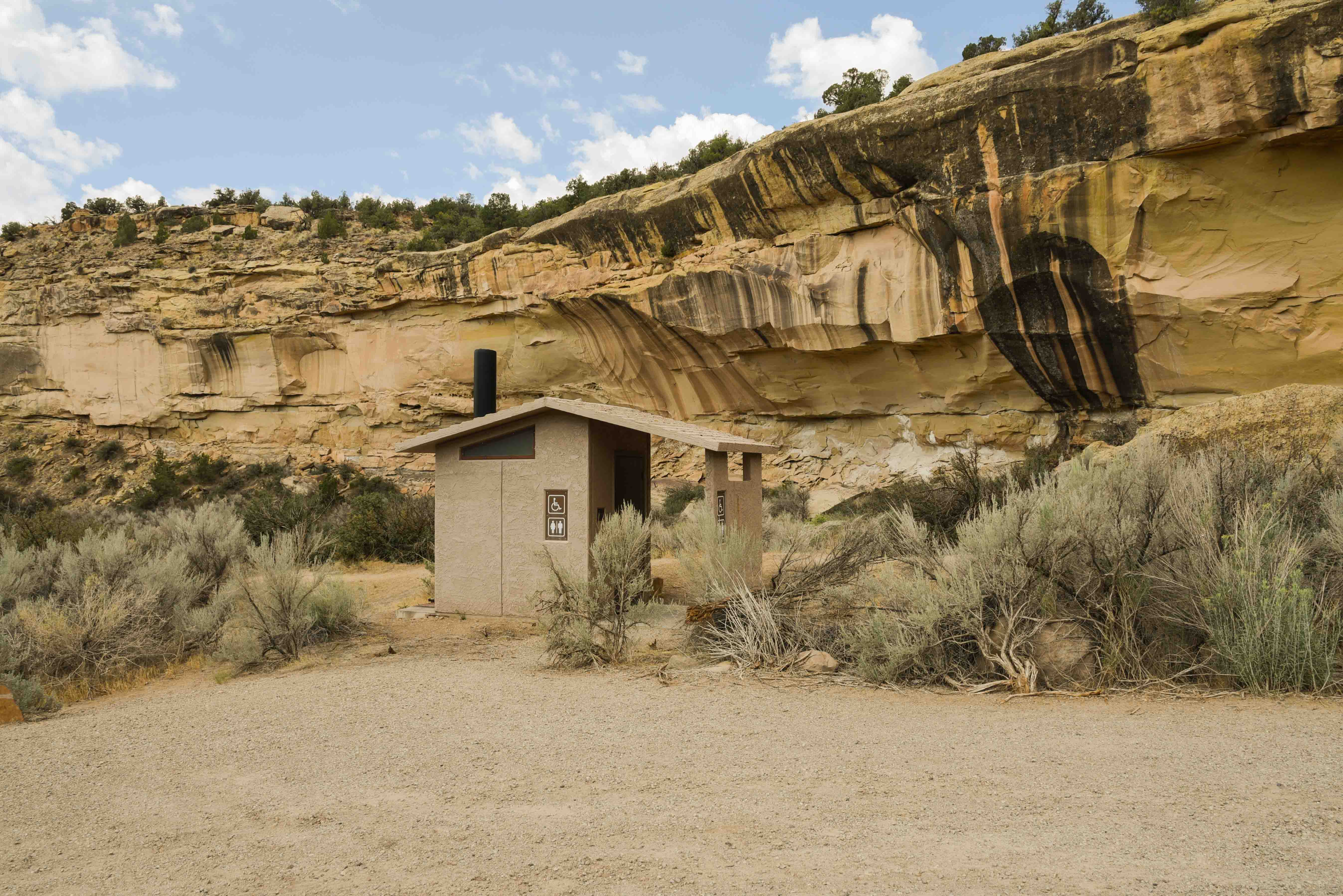 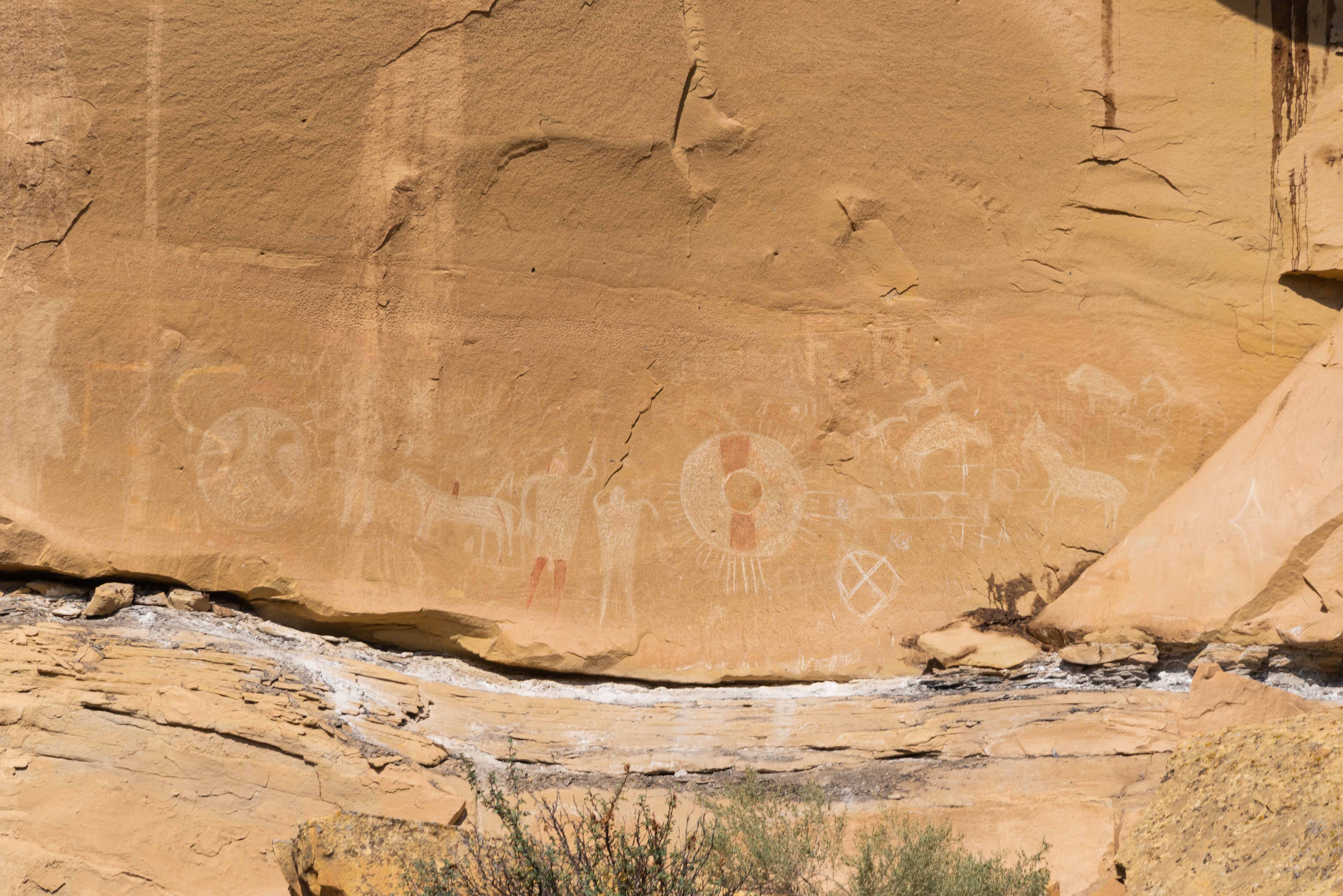 The panel on the left is probably Ute rock art because of the horses. The panel on the right is a petroglyph (figures pecked into the desert varnish instead of painted with pigments). Both panels have been extensively vandalized with modern graffiti. 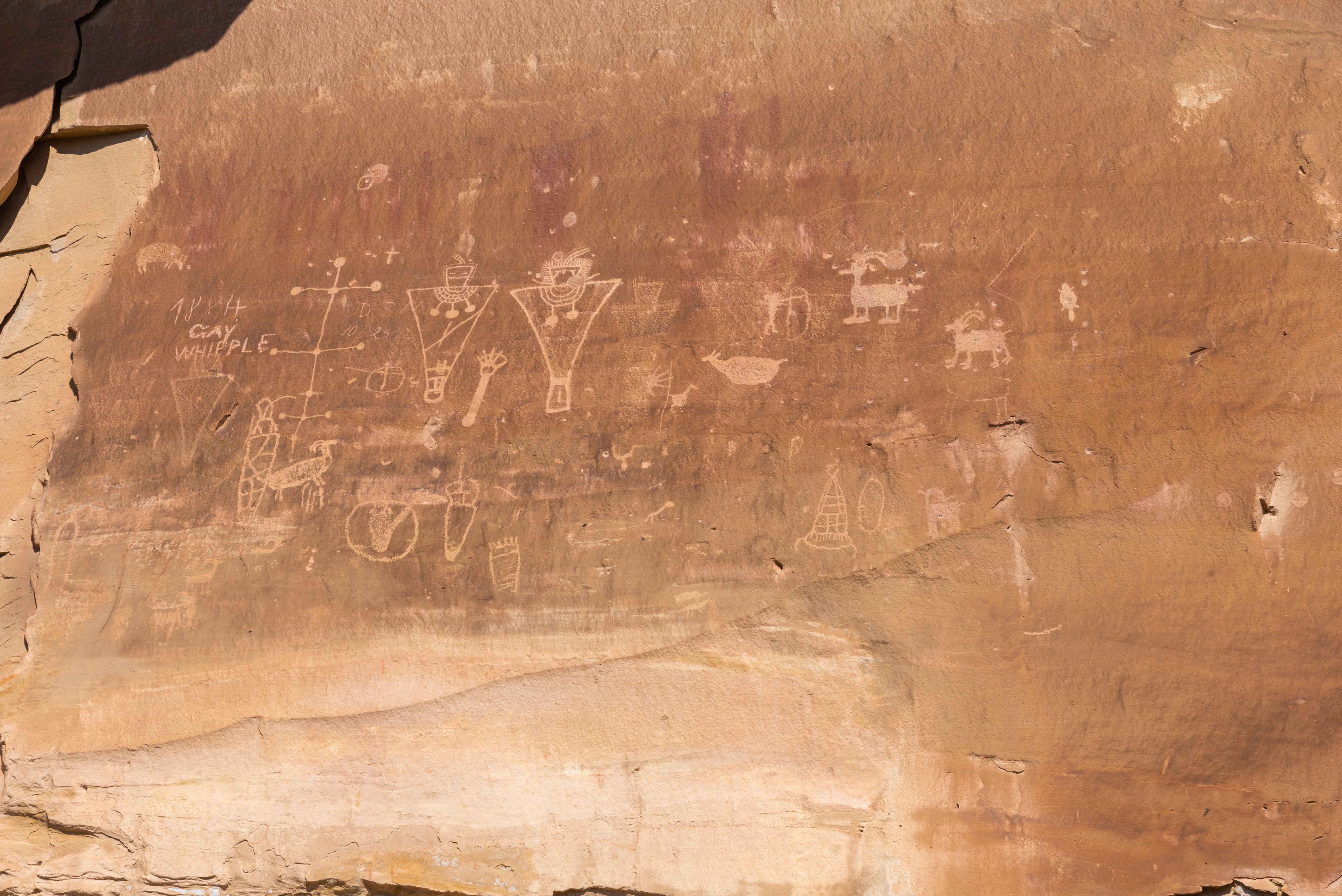 The ghost town of Sego is located in Sego Canyon, about 5 miles north of Thompson Springs. Turn right on to Sego Canyon Road (BLM 160) 0.4 mile north of the Sego Canyon Rock Art. Sego is about 1 mile from the intersection. Sego owed its existence to coal. Harry Ballard discovered the coal and started buying up property around the coal seam. This attracted the attention of E.W. Thompson and the two became partners, forming the Ballard and Thompson Railroad to transport the coal. The railroad ran from Sego, which was originally named Ballard, to Thompson where it connected with the Denver and Rio Grande Western. The mine and much of the surrounding property was purchased by B.F. Bauer and operated as the American Fuel Company starting in 1911. The coal mine operated more or less profitably under various owners from 1911 to 1947. Local coal mining continued into the early 1950s to supply coal to the Denver and Rio Grande Western railroad, but came to an abrupt halt when the railroad switched from coal to diesel. The town officially achieved ghost status in 1955. Many of the town's buildings were moved to Thompson, and fire and flood took the rest. Sego and the surrounding area was listed on the National Register of Historic Places as the Ballard-Sego Coal Mine Historic District in October of 2017. 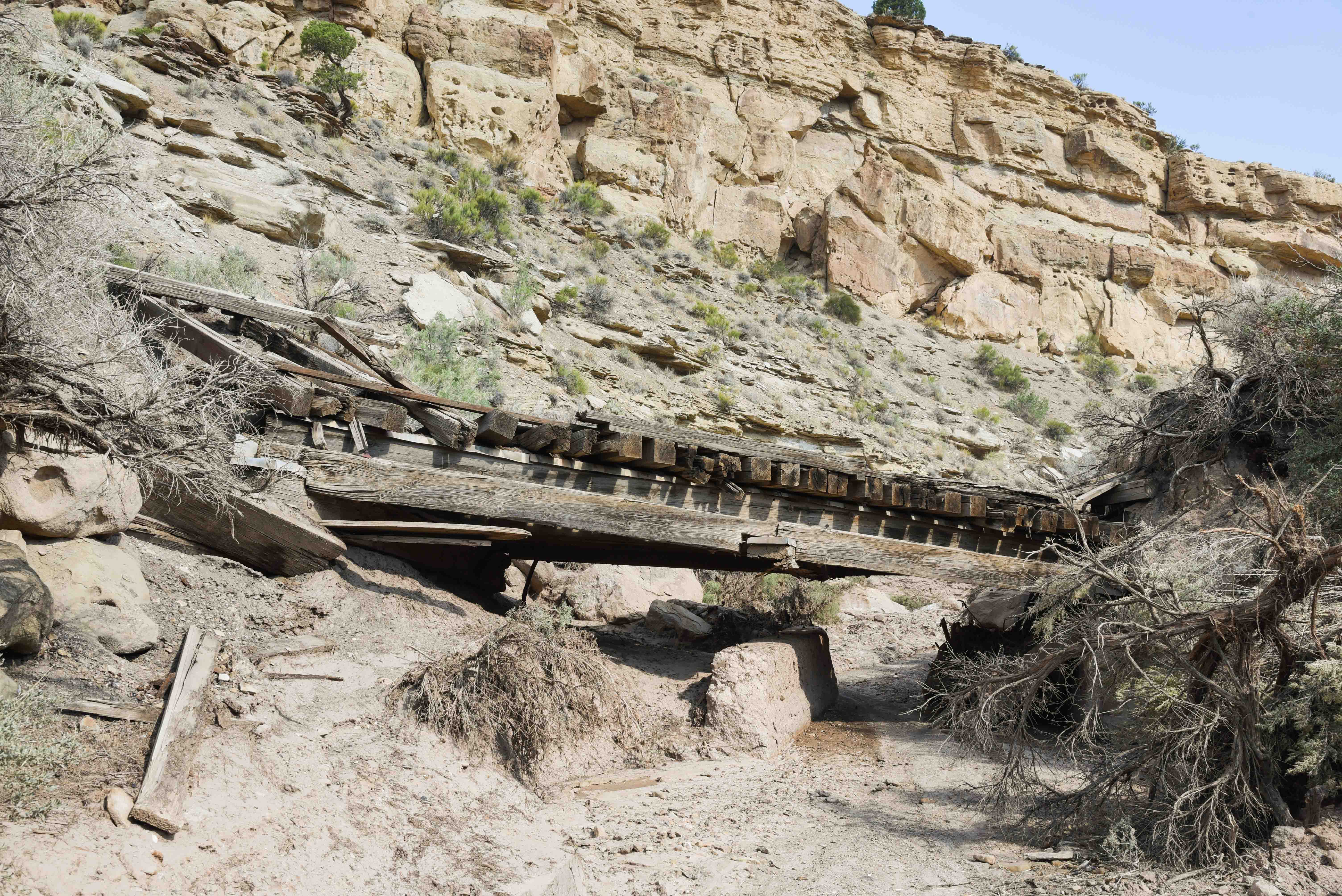 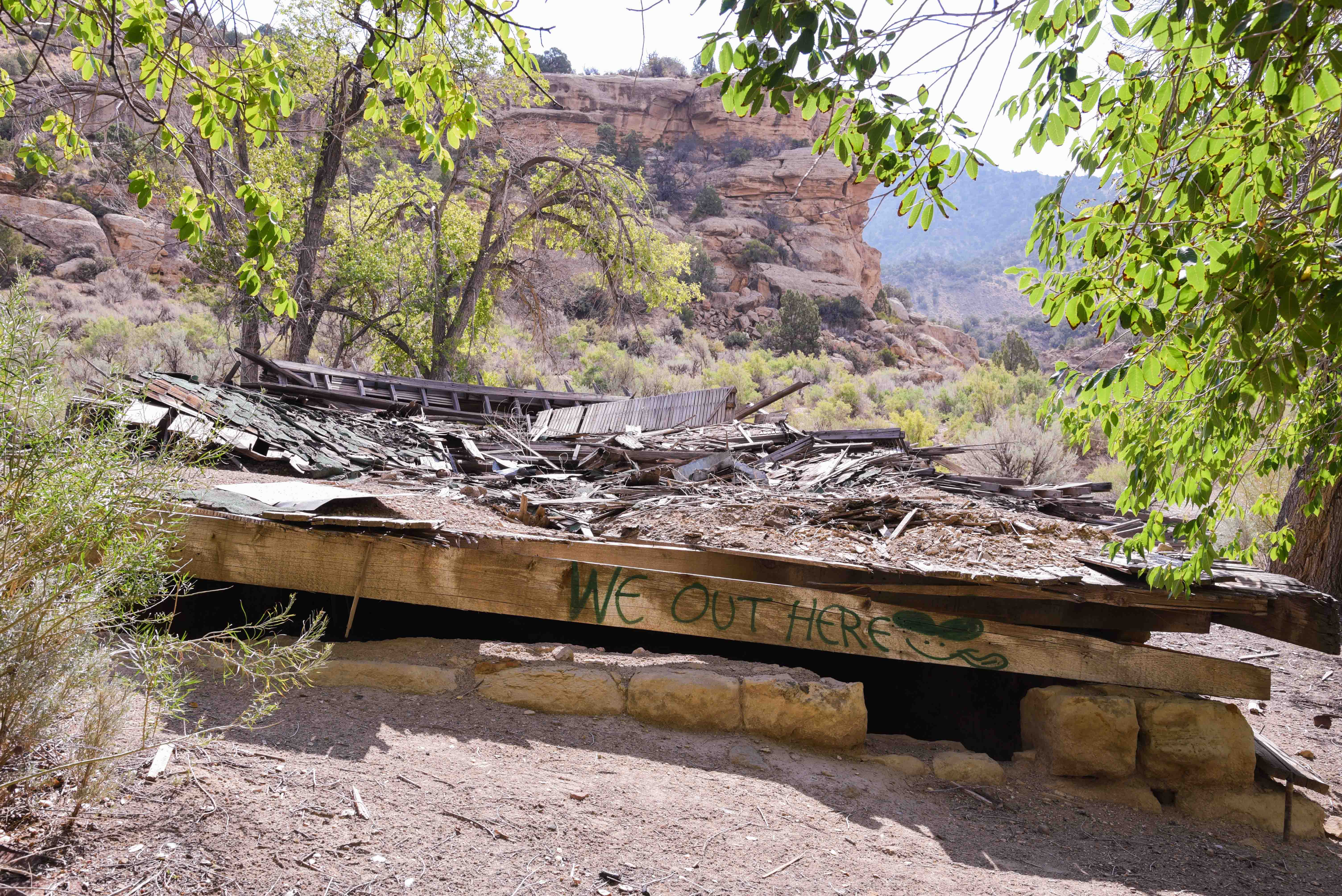 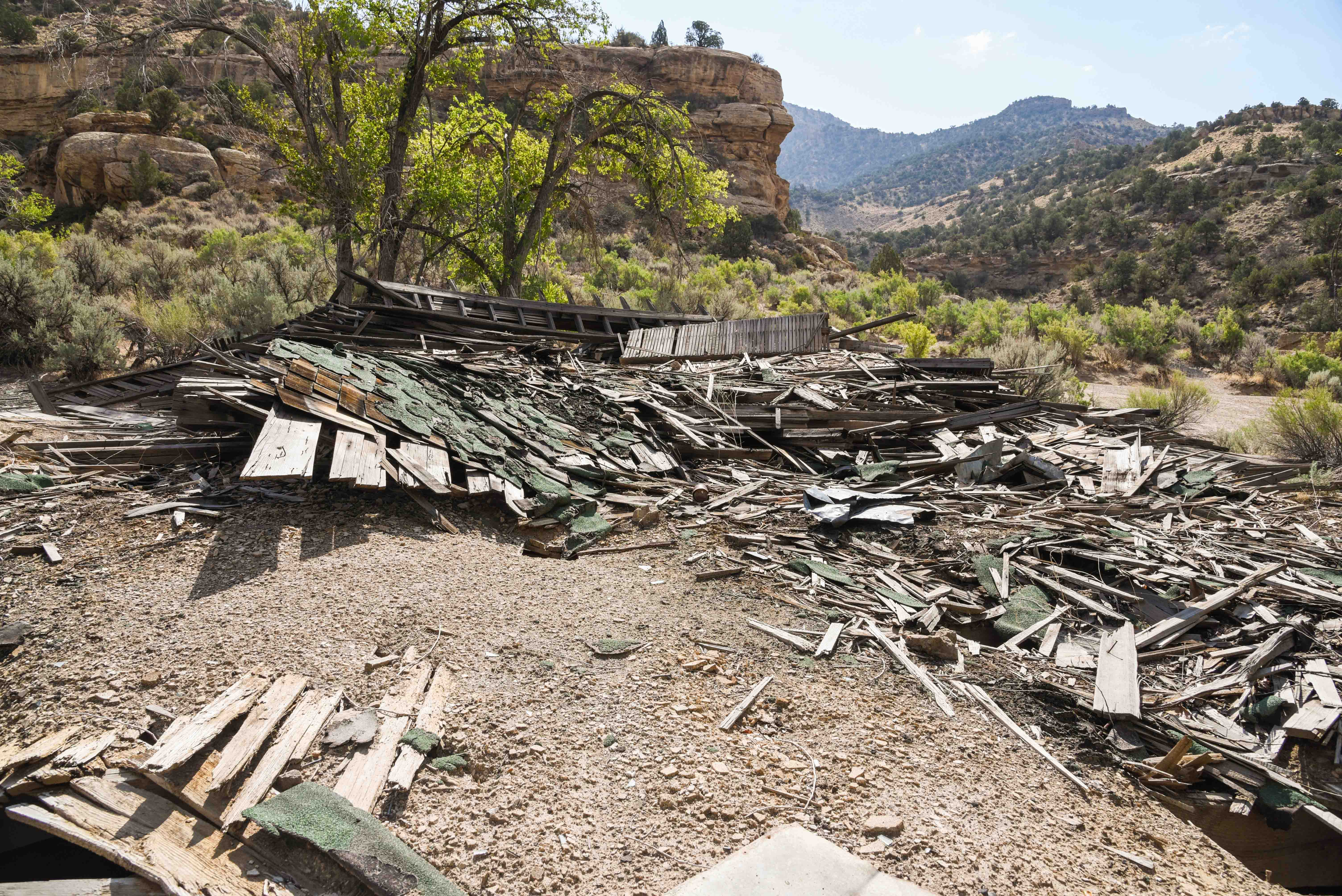 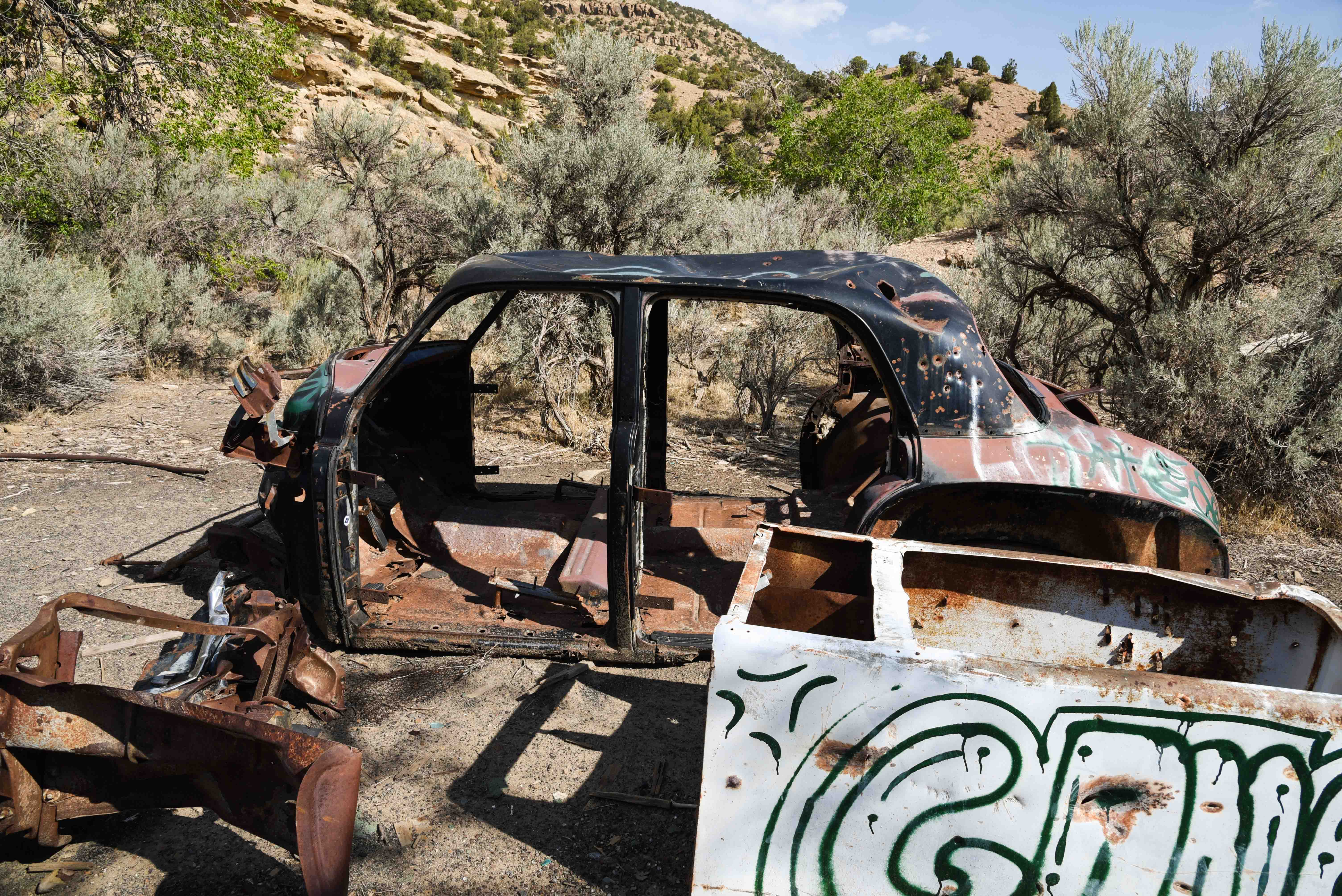 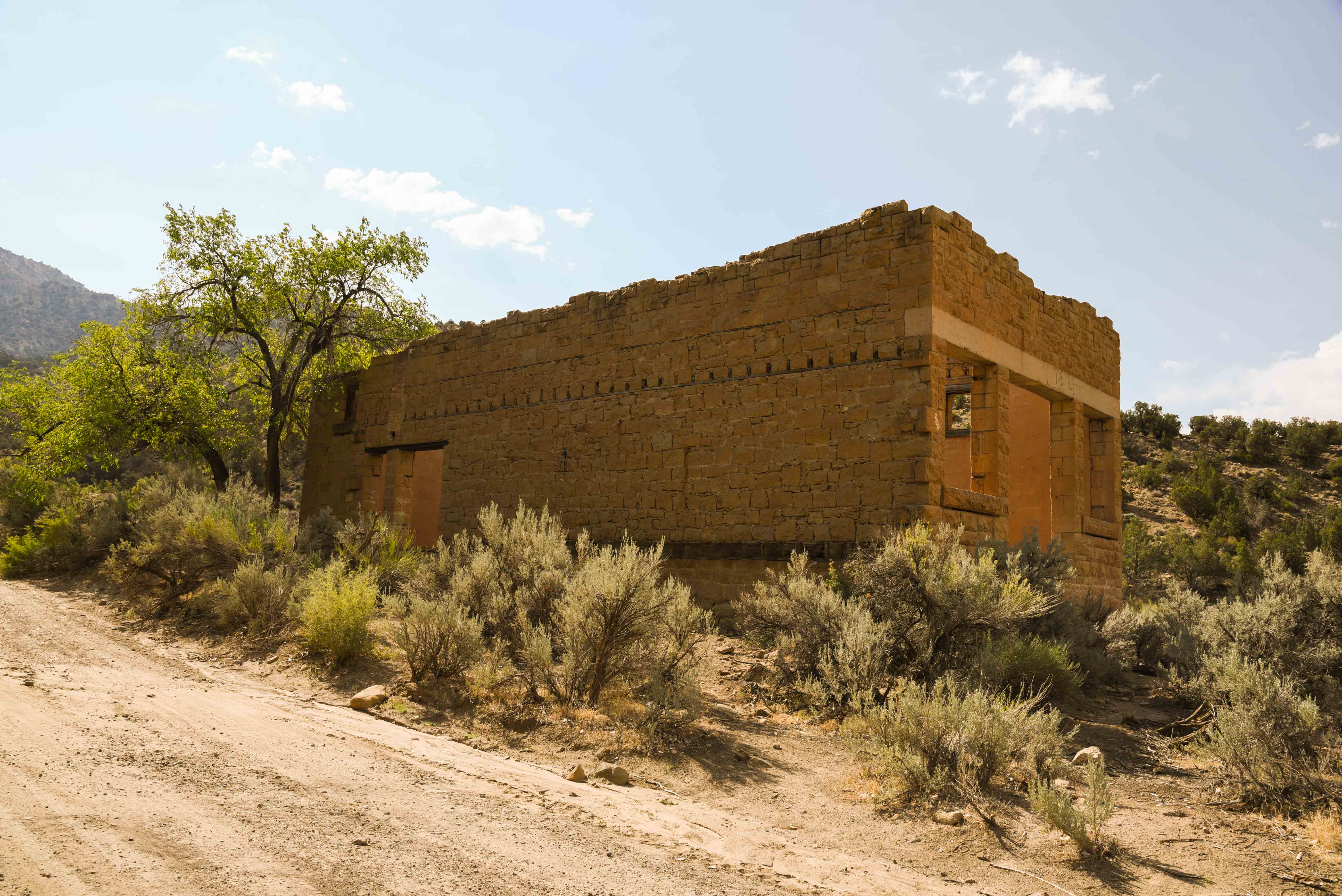 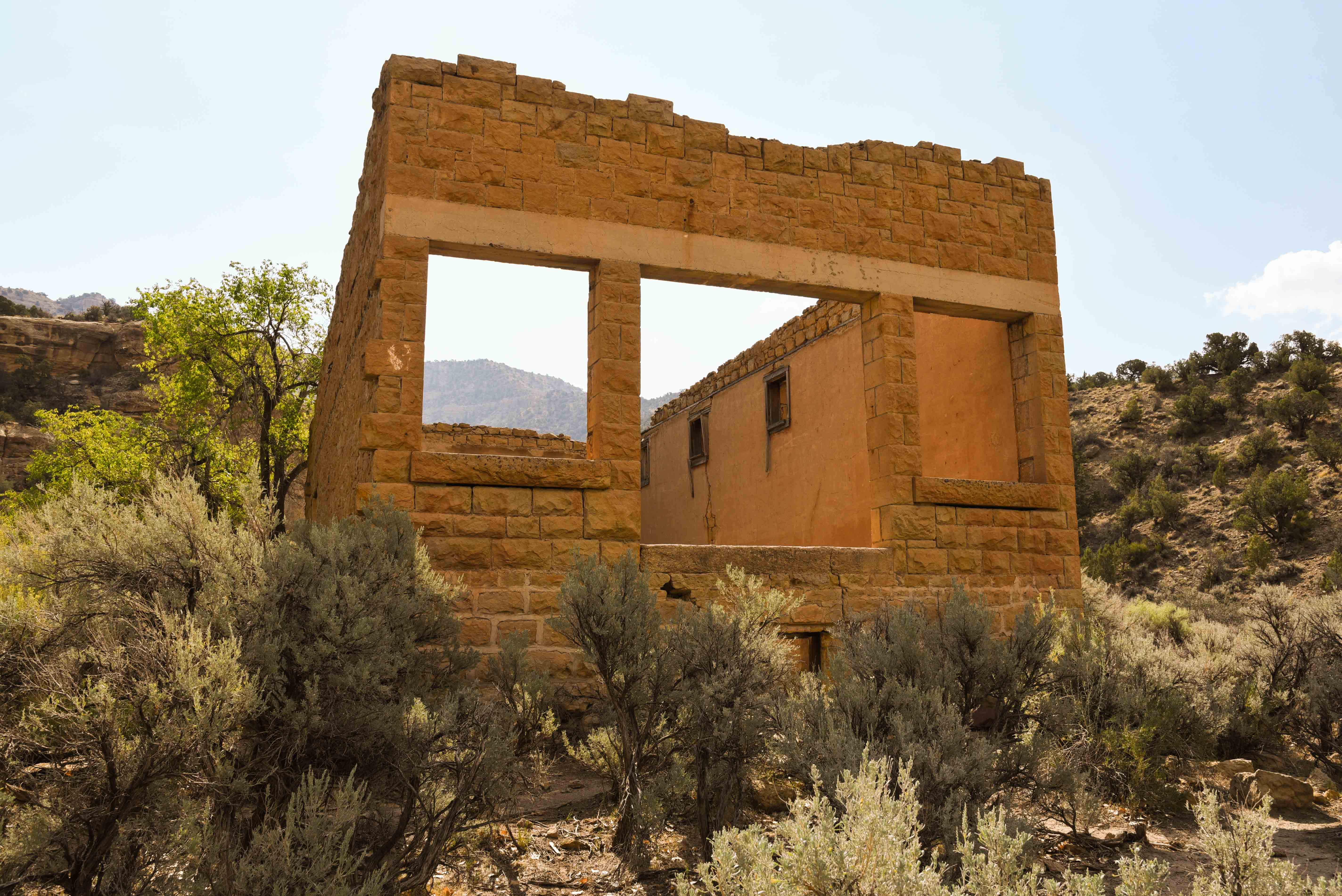 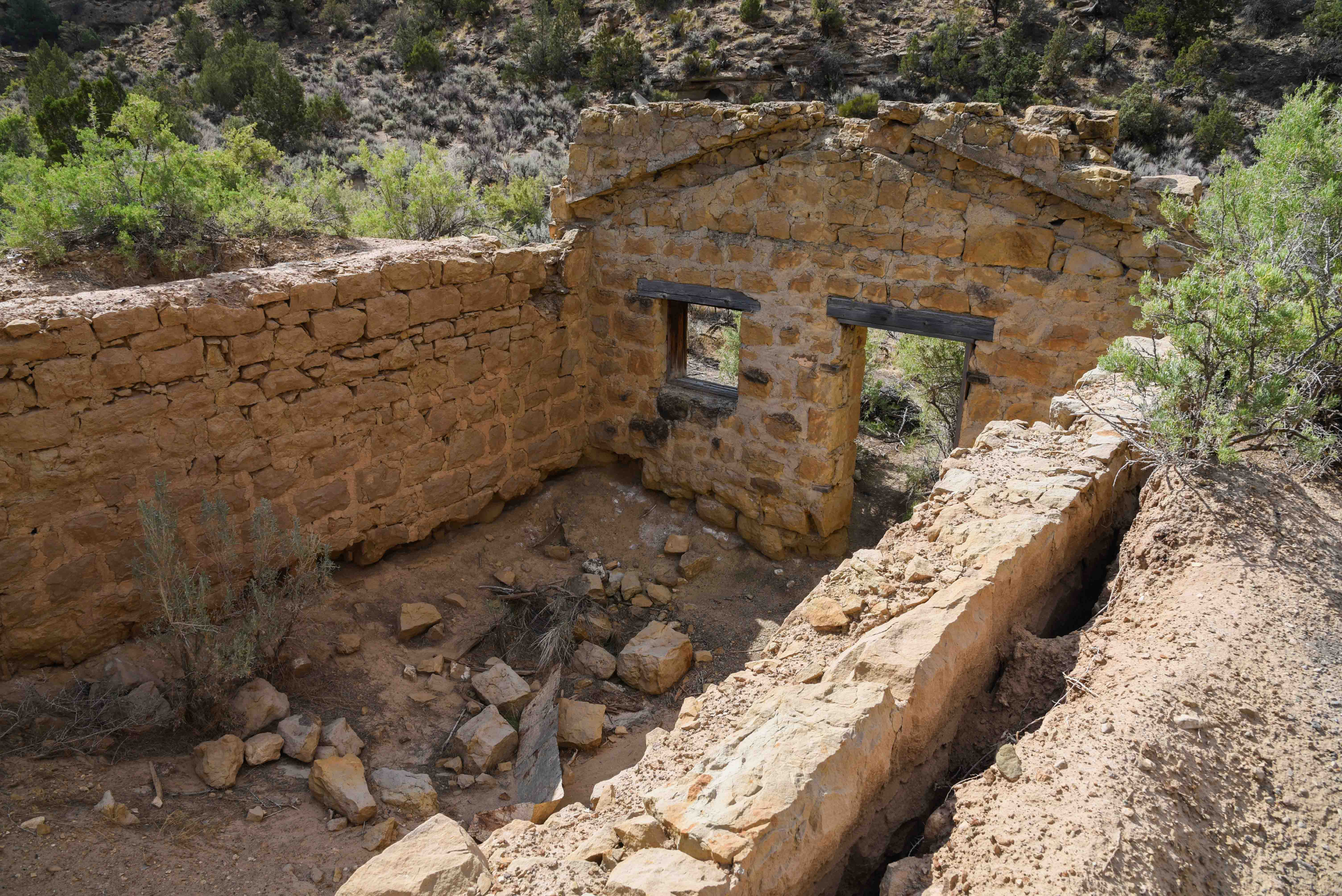 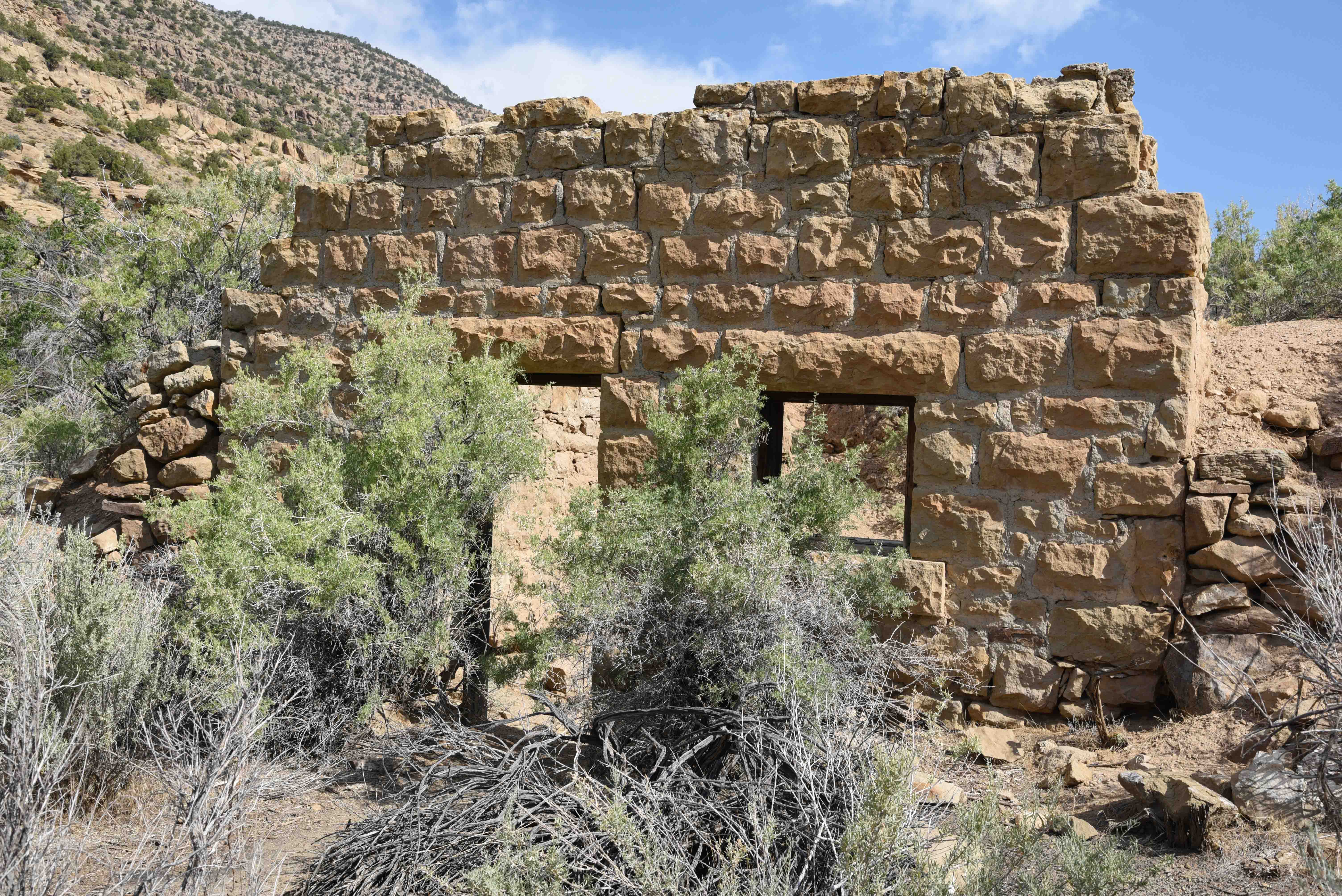 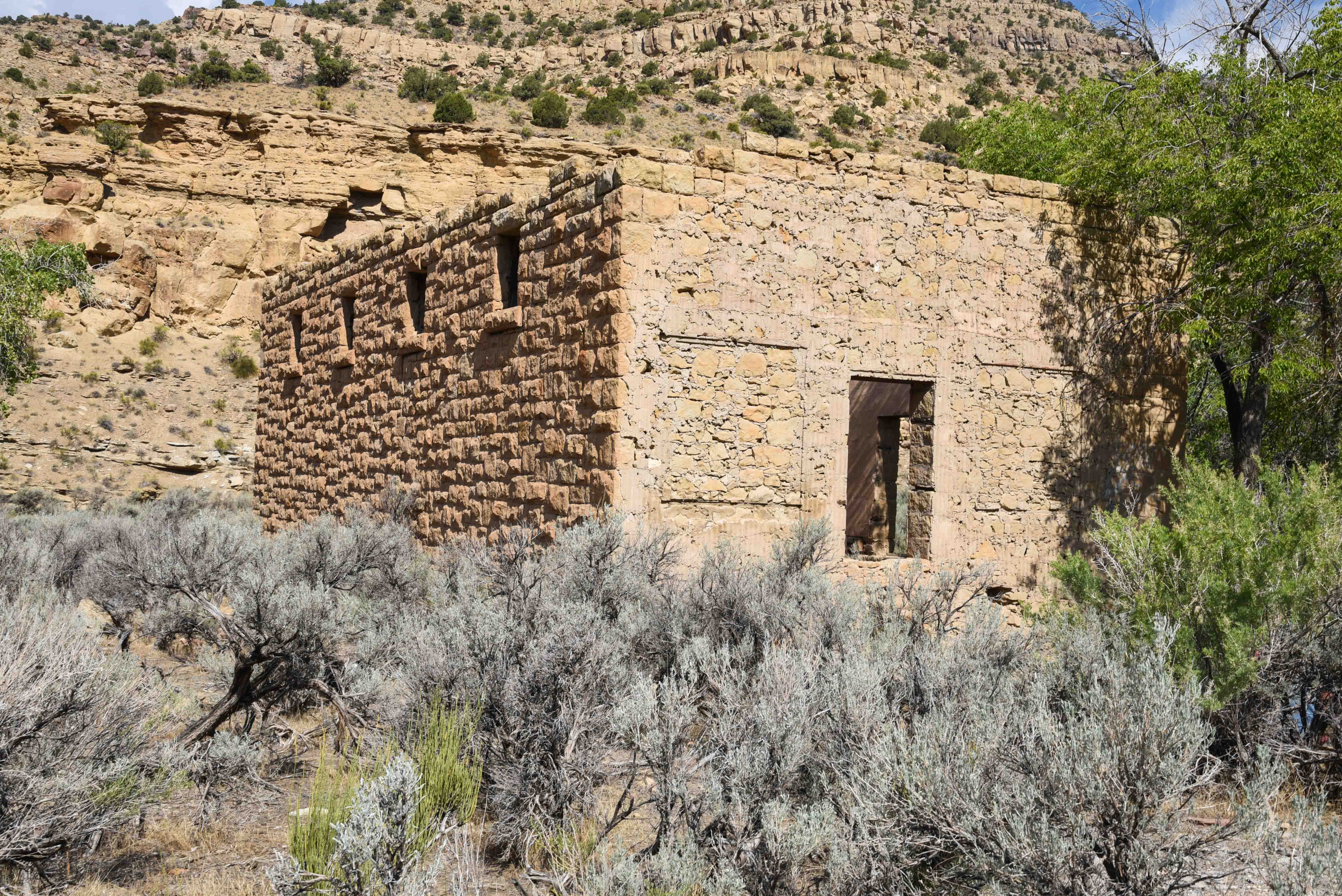 Have no idea what this is 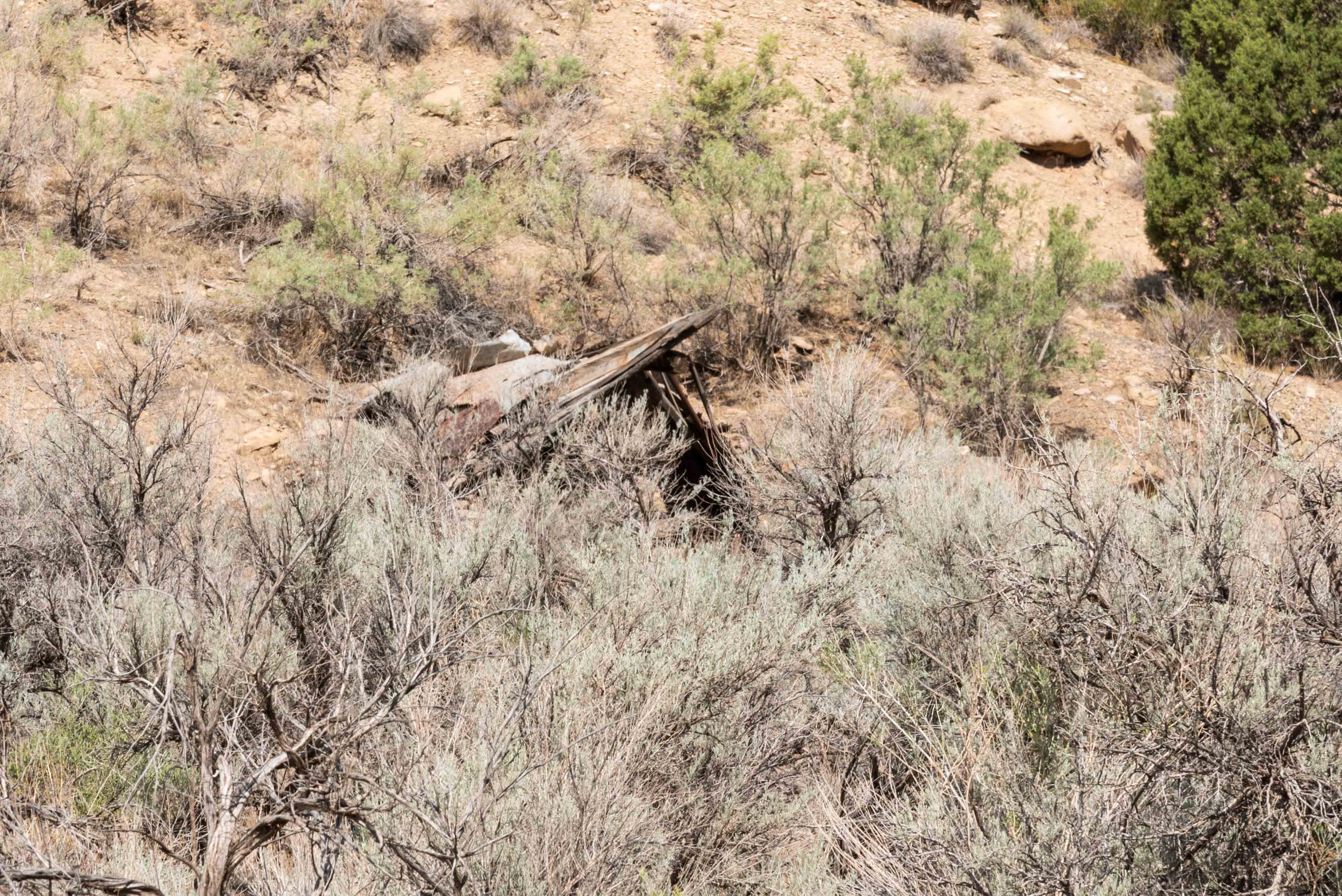 Could be an old miner's shack 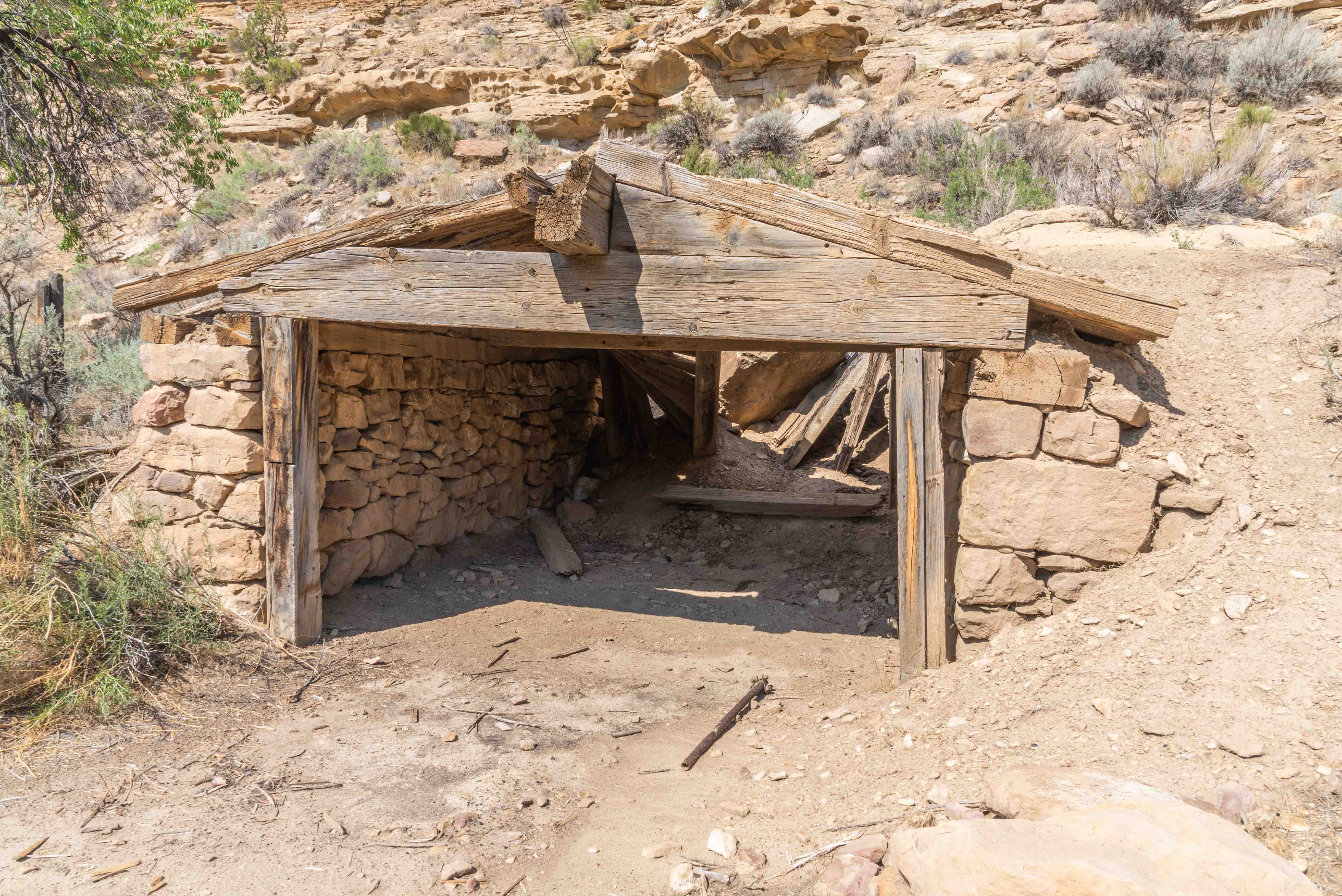 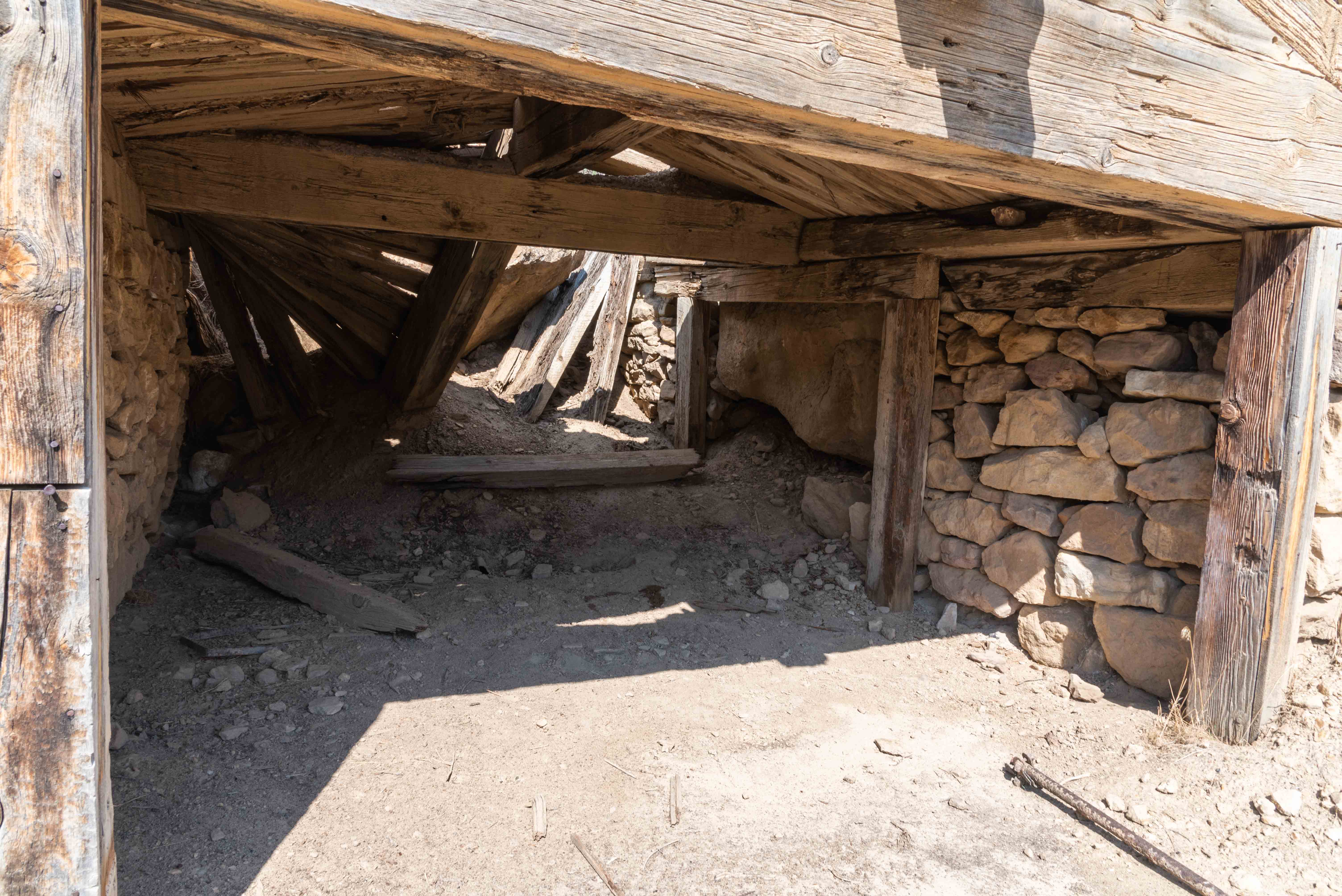 The Sego Cemetery is located near the junction of Sego and Thompson Canyons. Many of the older graves are very plain with no headstones or anything else to identify the occupants. 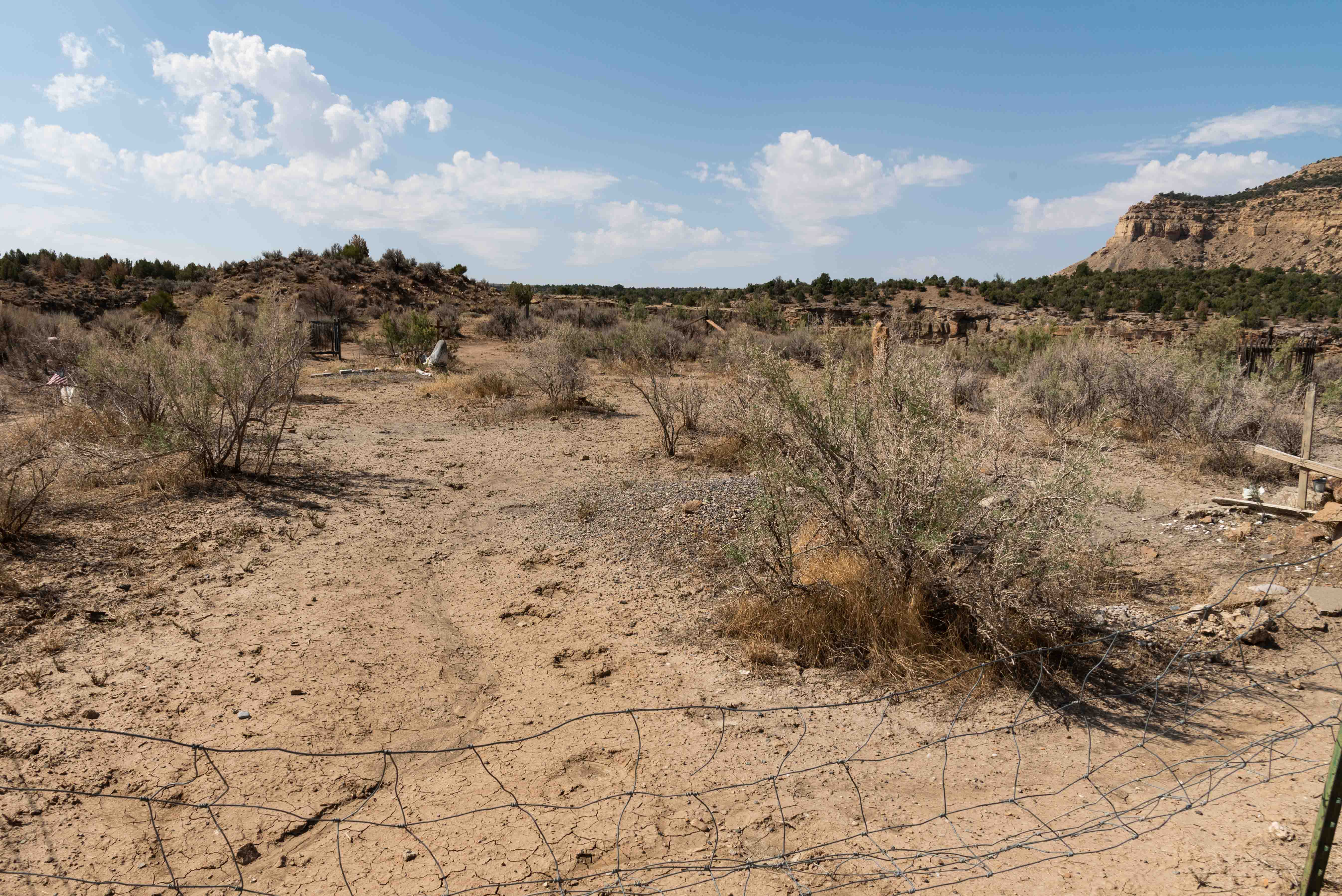 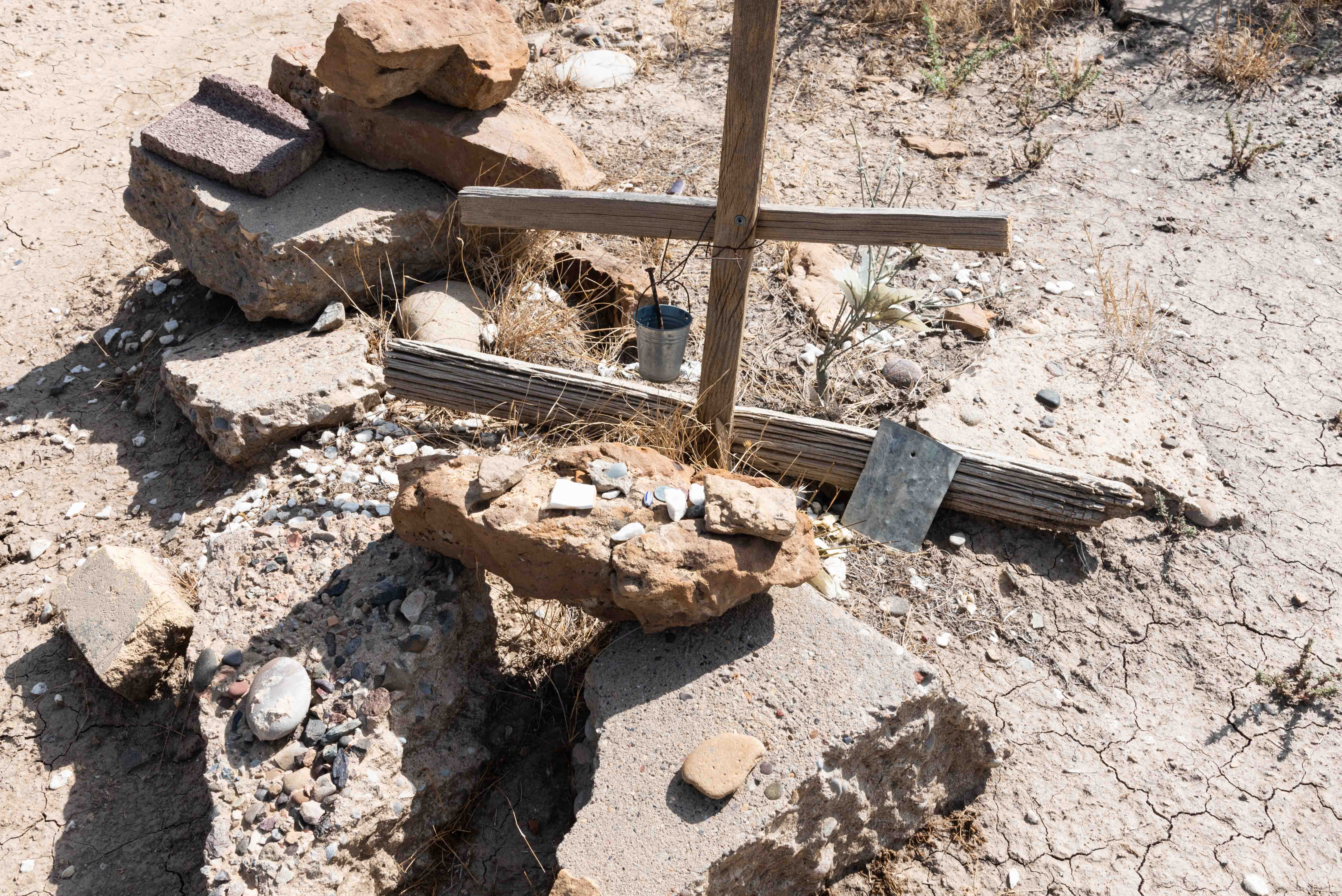 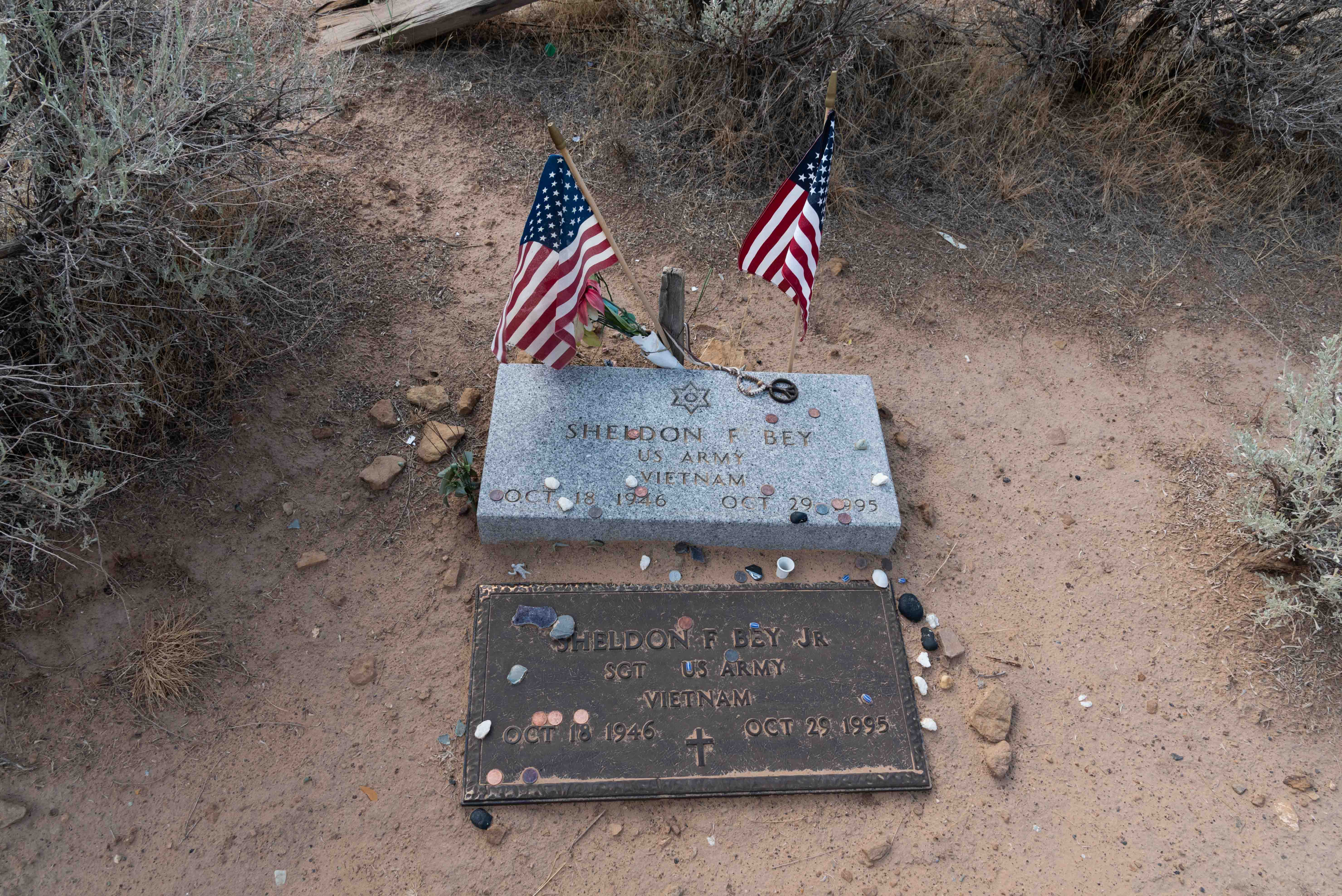 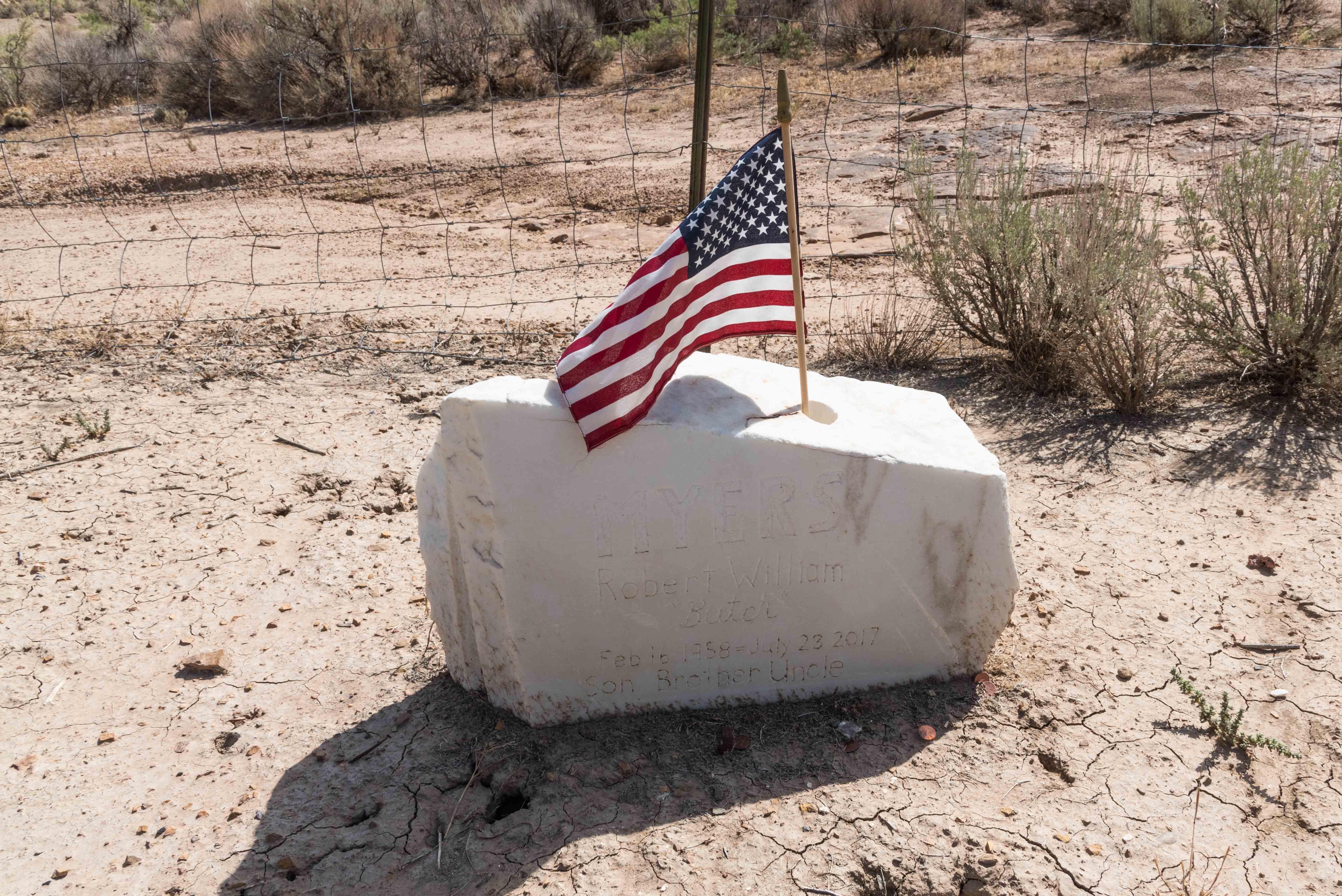 Giovanni Ascani was a coal miner who died of influenza during the Spanish Flu epidemic. 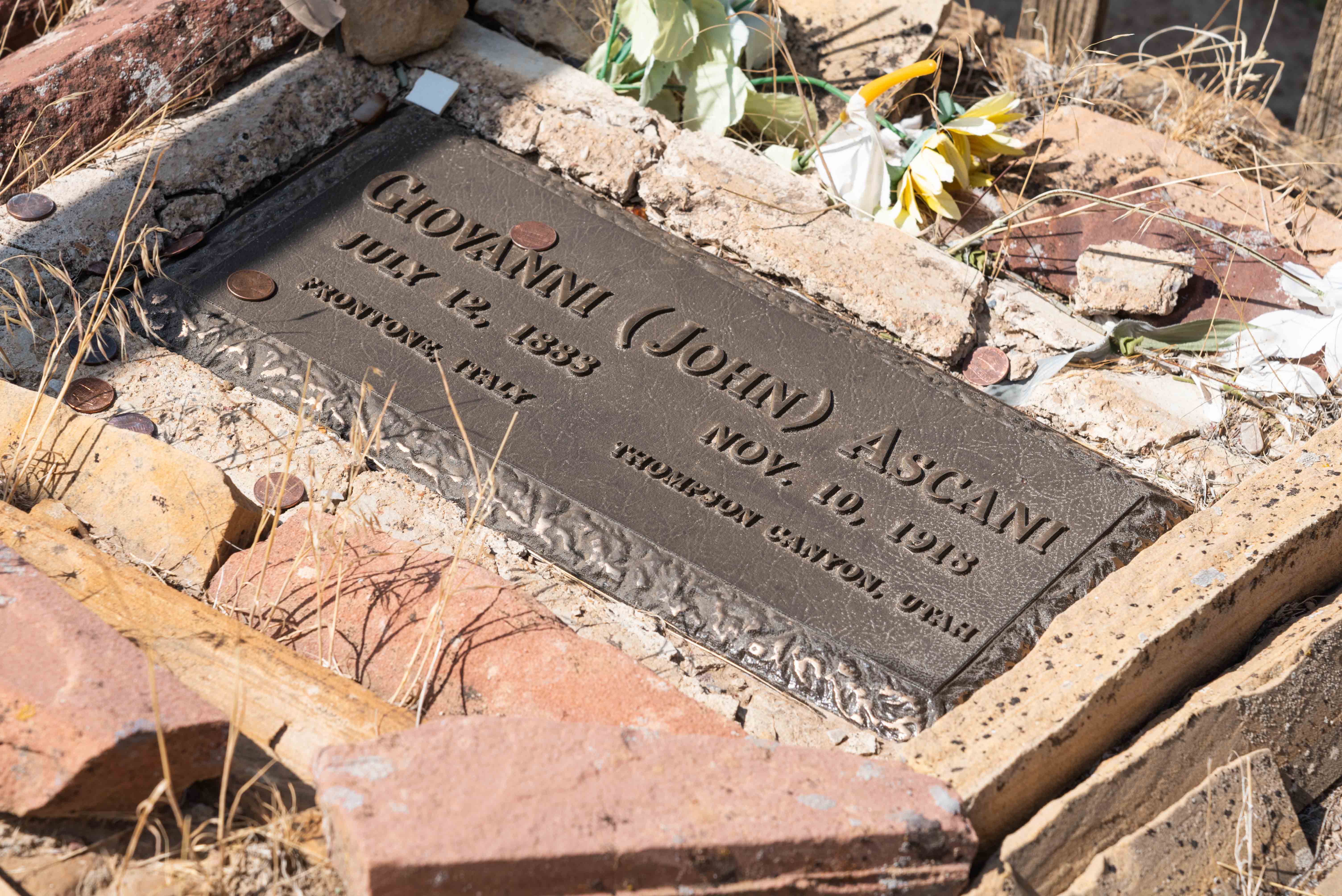 This concludes our tour of Sego Canyon, Hope you enjoyed it.

Background information obtained from Wikipedia and other on-line sources.
Use the form on the Home Page to submit comments, questions, or suggestions.  TD Productions Copyright © 2021