Montpelier is both the state capital of Vermont and the county seat of Washington County, and has the distinction of being the least populous state capital in the country. The Town of Montpelier was originally laid out in August of 1781, and the first permanent settlement began in May of 1787. Montpelier became the State Capital in 1805. A large fire destroyed many of the downtown buildings in 1875. The city suffered a particularly disastrous flood in 1927 and another in 1992. Montpelier recovered after each of these misfortunes and is doing just fine today. So, what do you do in Montpelier? You check out the plethora of boutiques, antique shops, art galleries and restaurants. 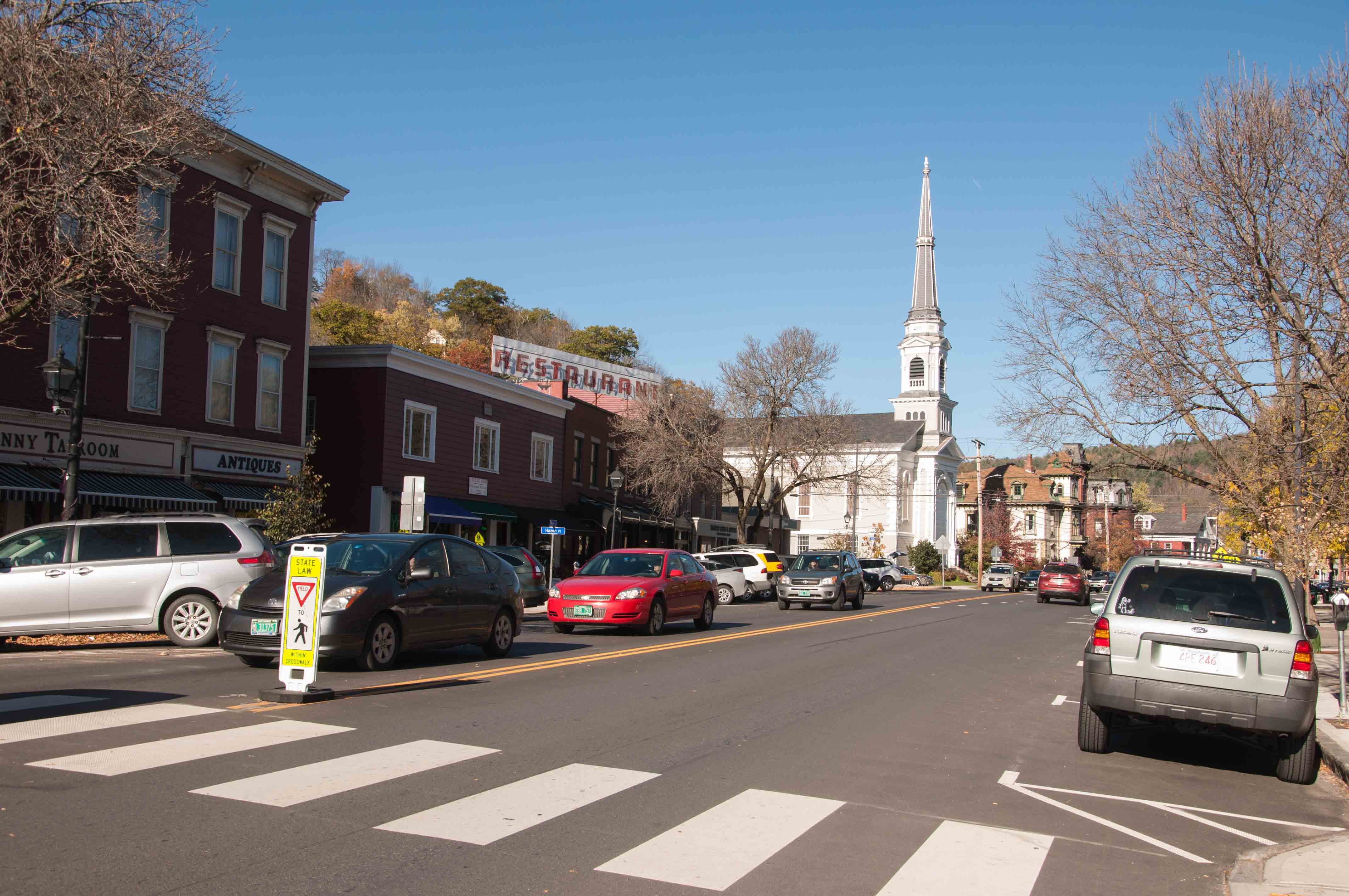 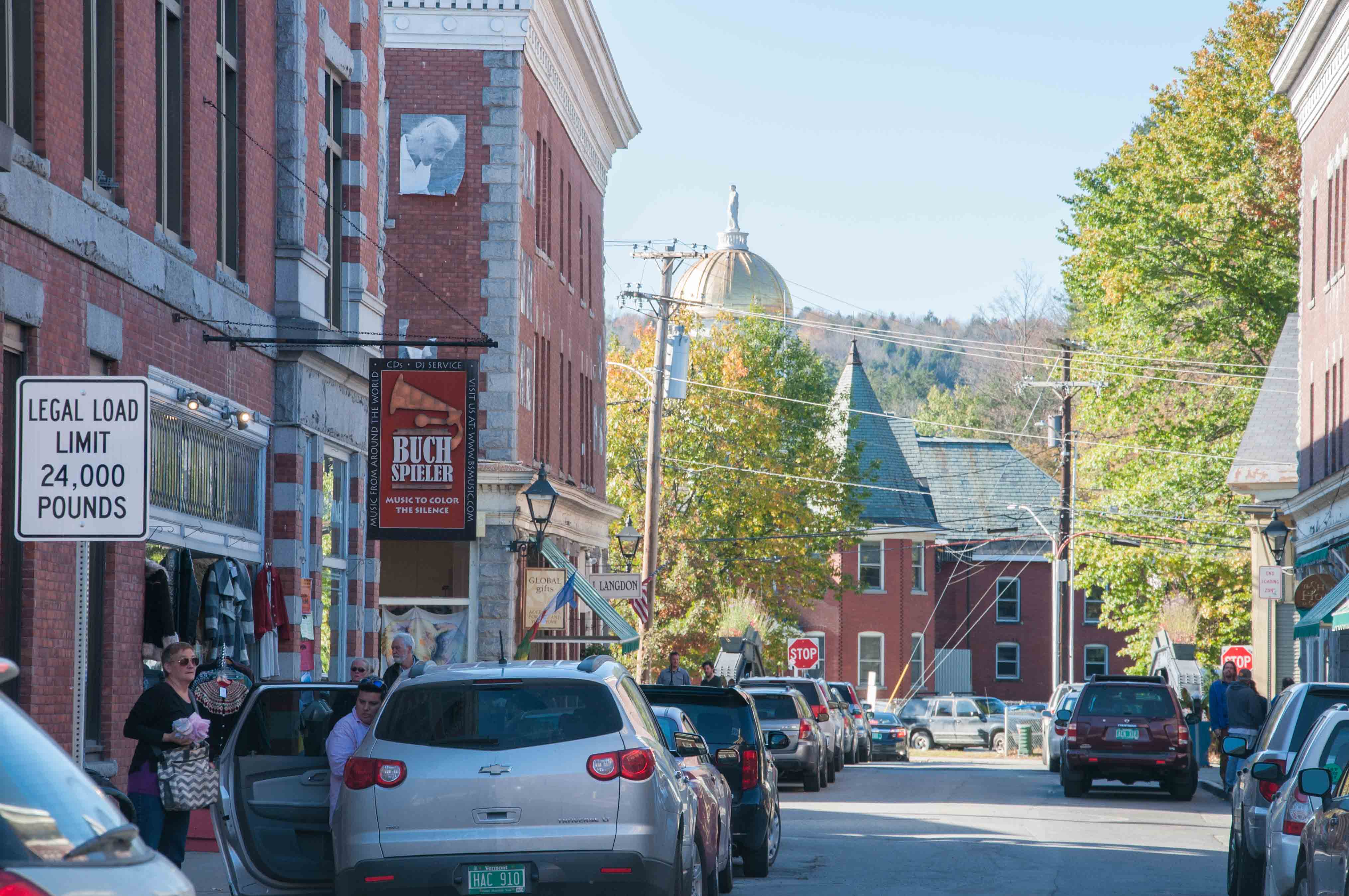 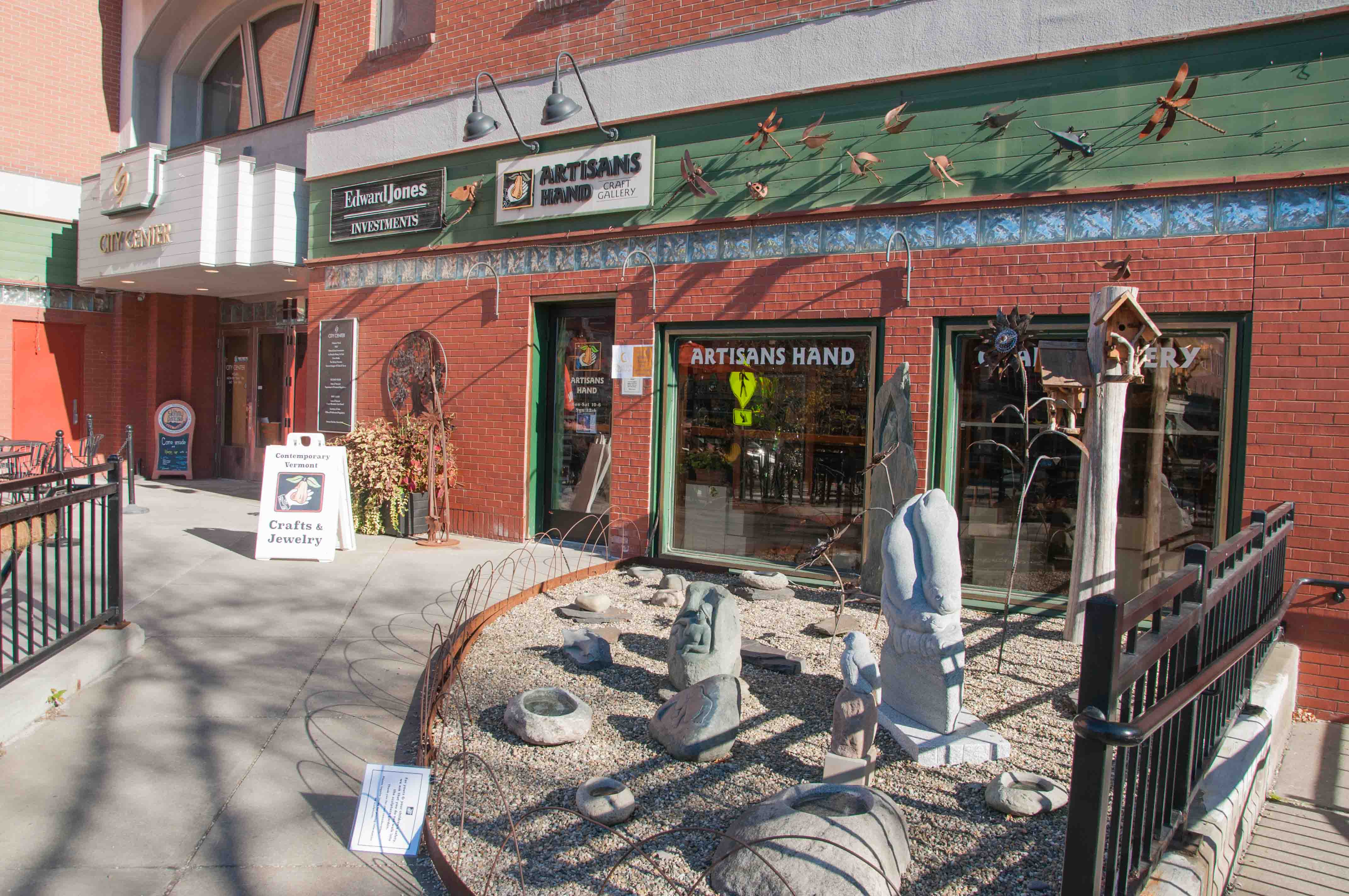 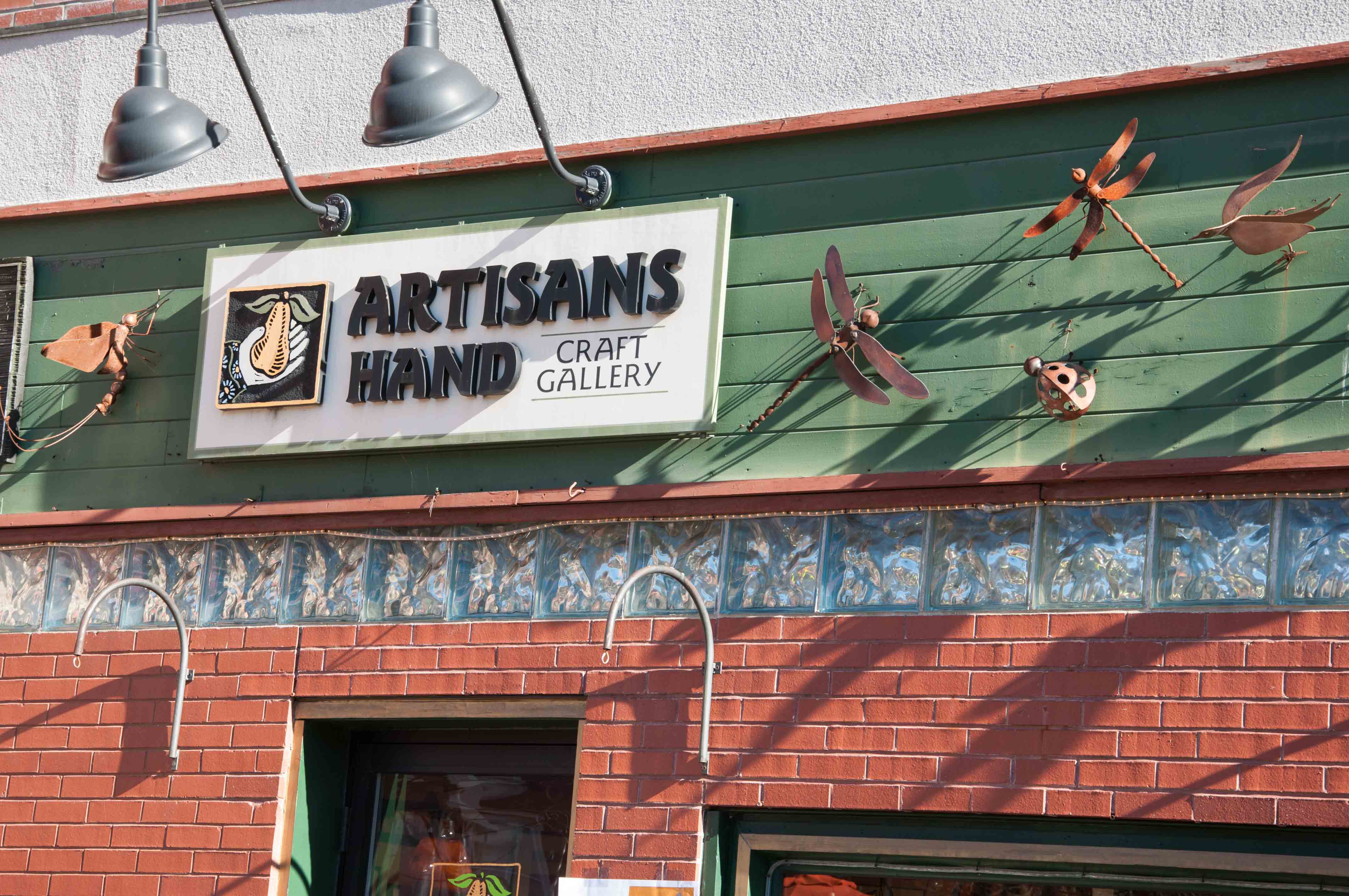 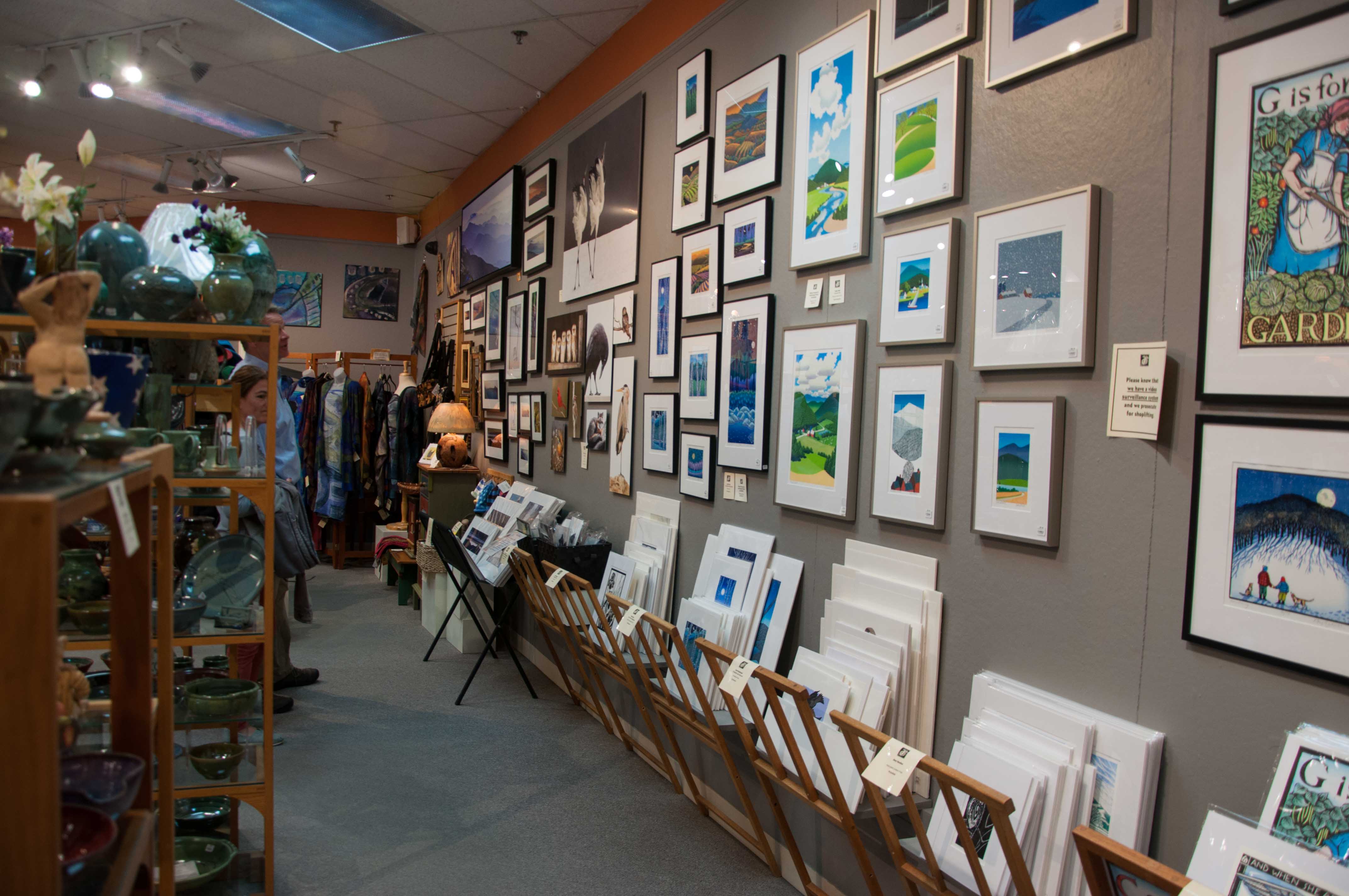 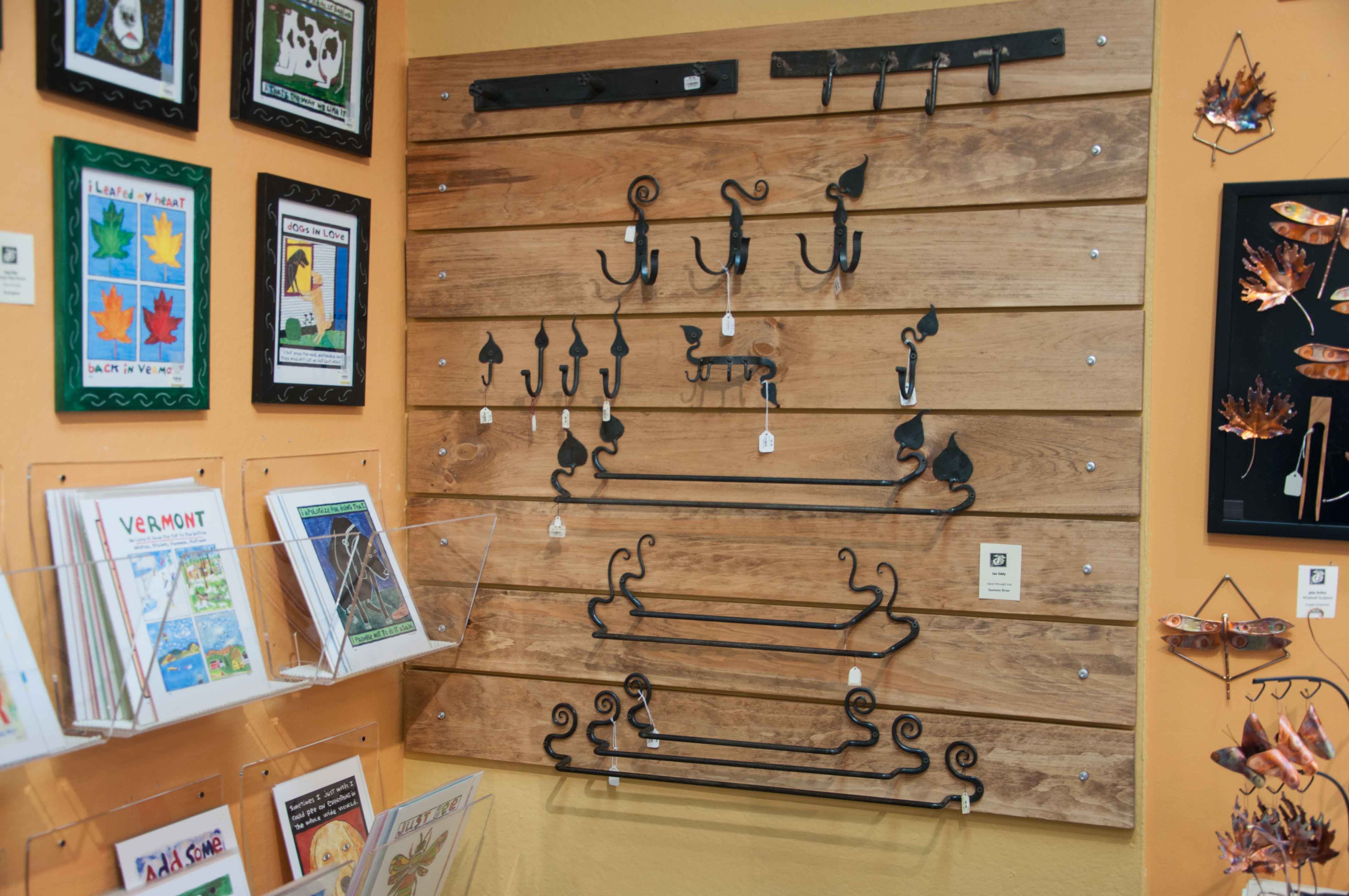 Crafts in the Craft Gallery 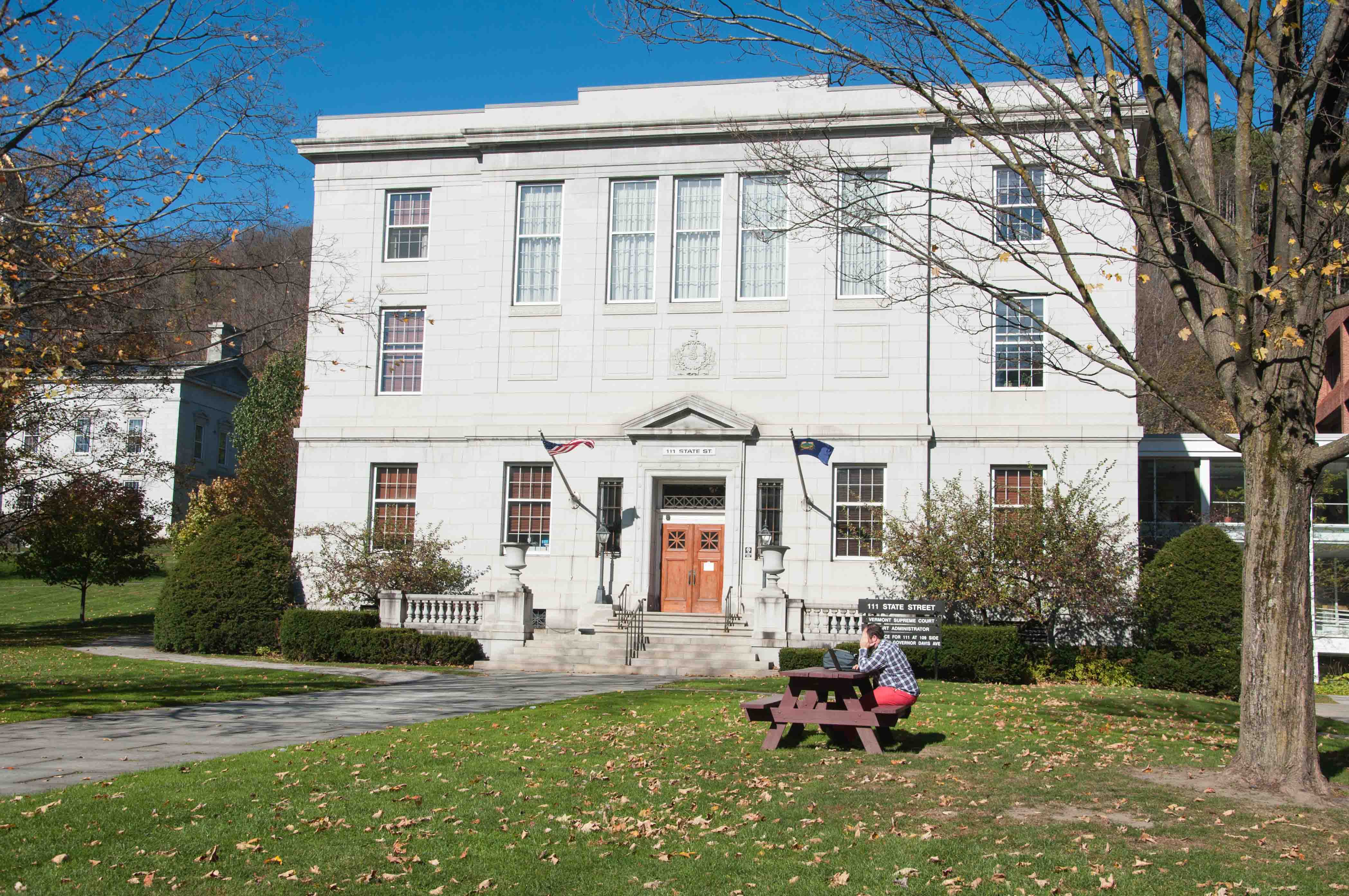 A must-do thing while in Montpelier is a tour of the Vermont State House. The current State House is the third building built on the same site and was origianlly occupied in 1859. Much of the capital building has been retored to its original condition, and contains many historical paintings and statuary as well as contemporary art. As an aside, the statue of the goddess Ceres on the capital dome (shown below) was removed in April of 2018 for cleaning. 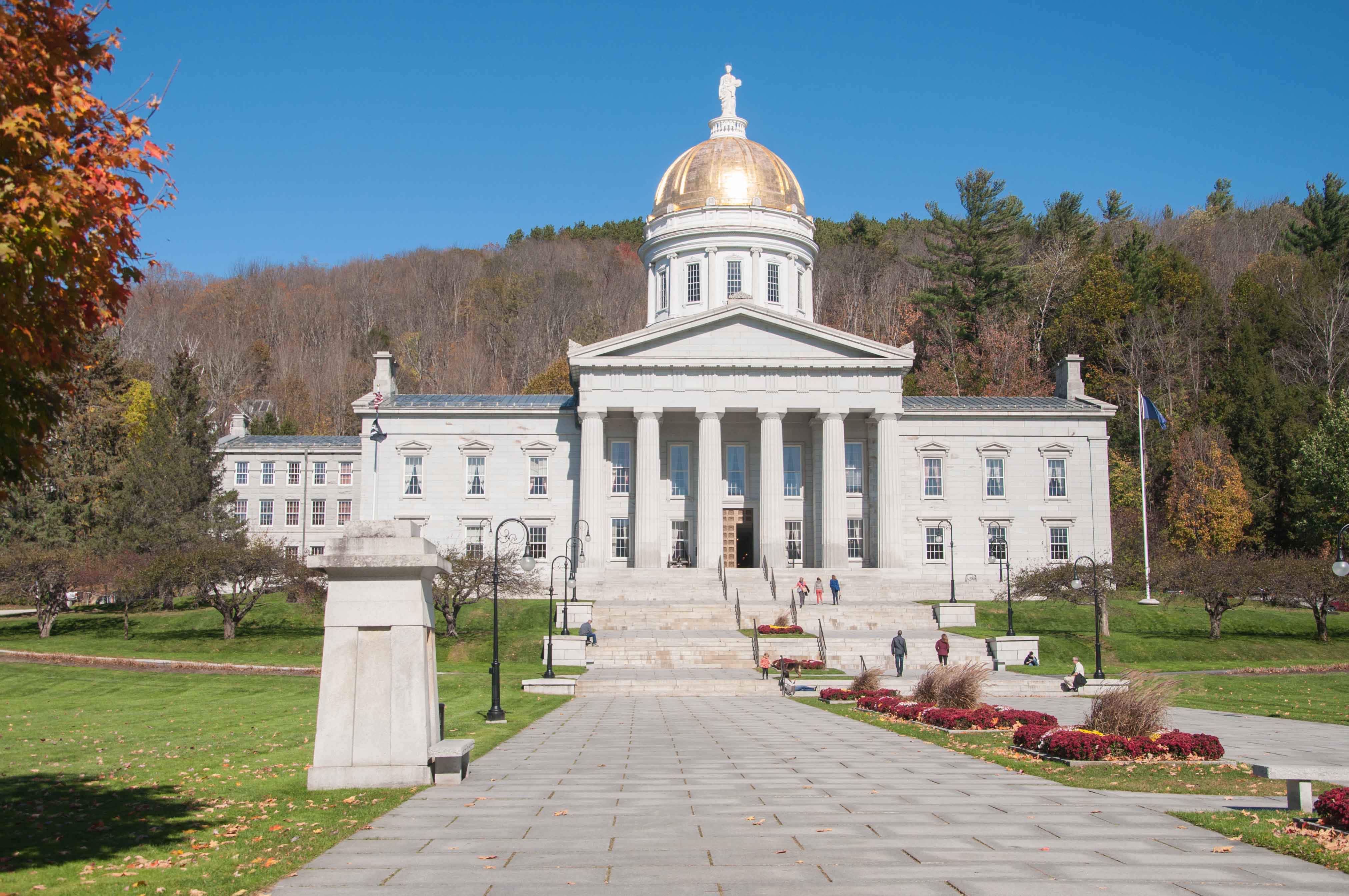 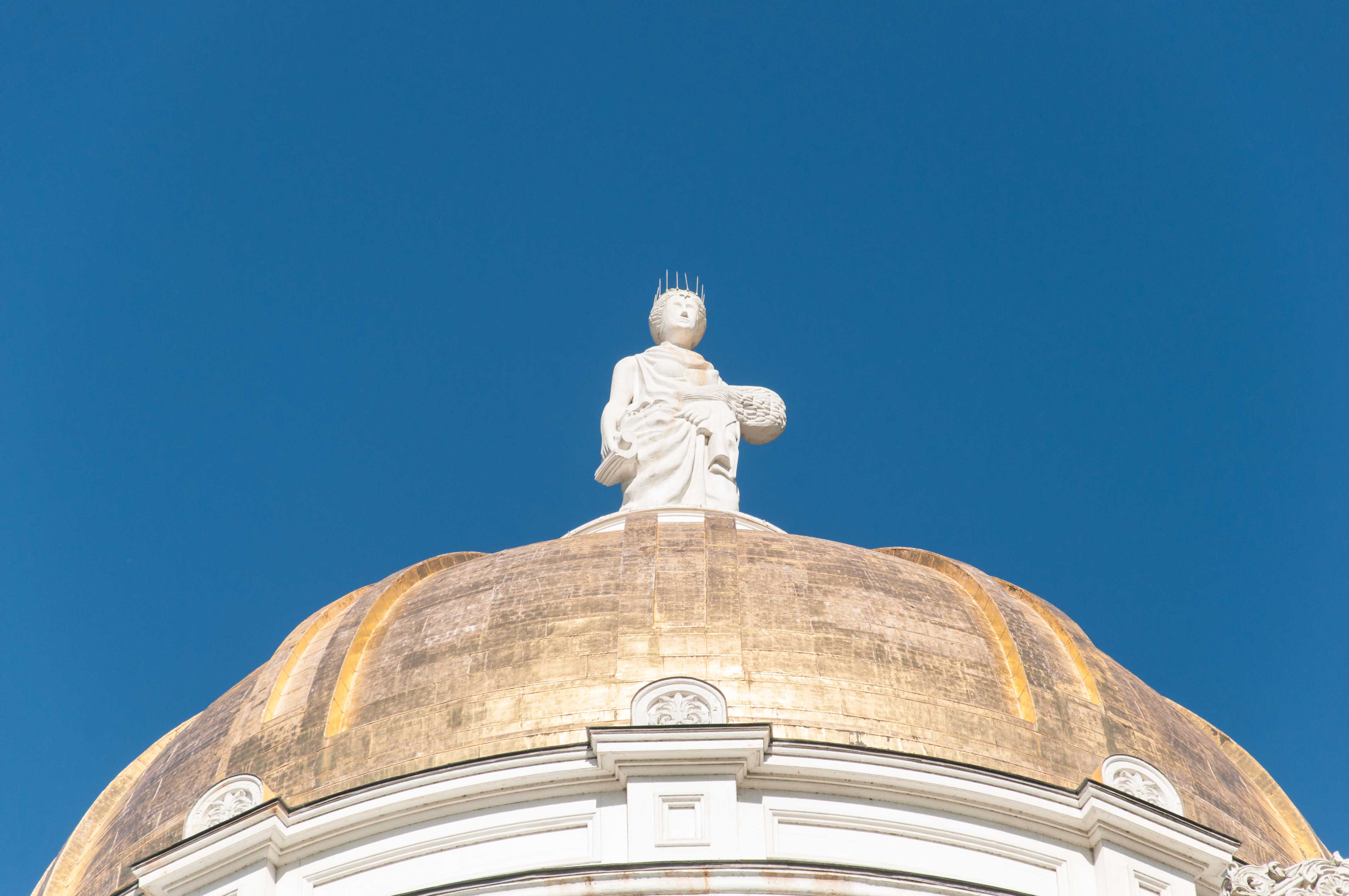 Statue of Ceres on capital dome 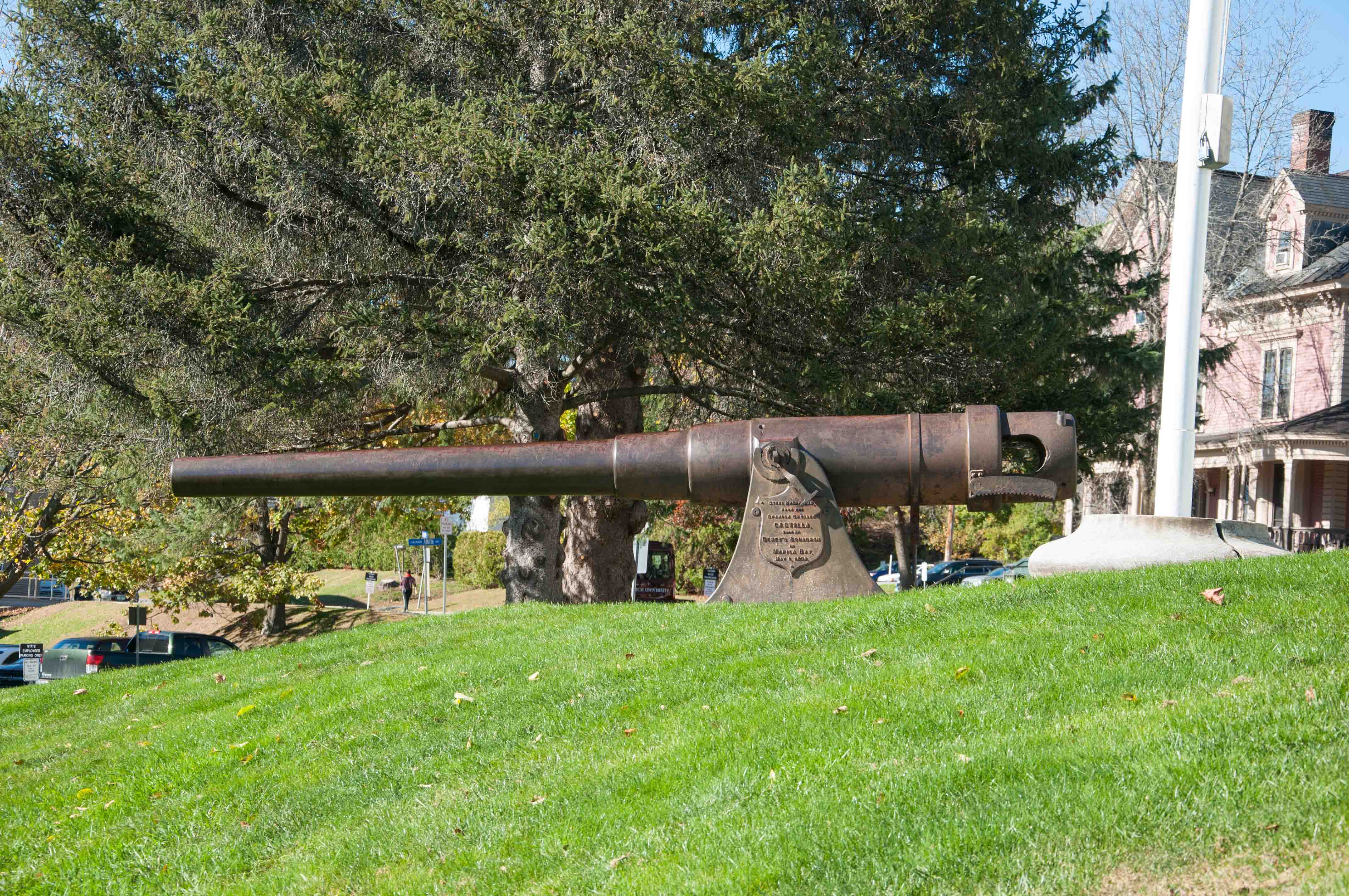 Everyone needs a big gun on the front lawn. 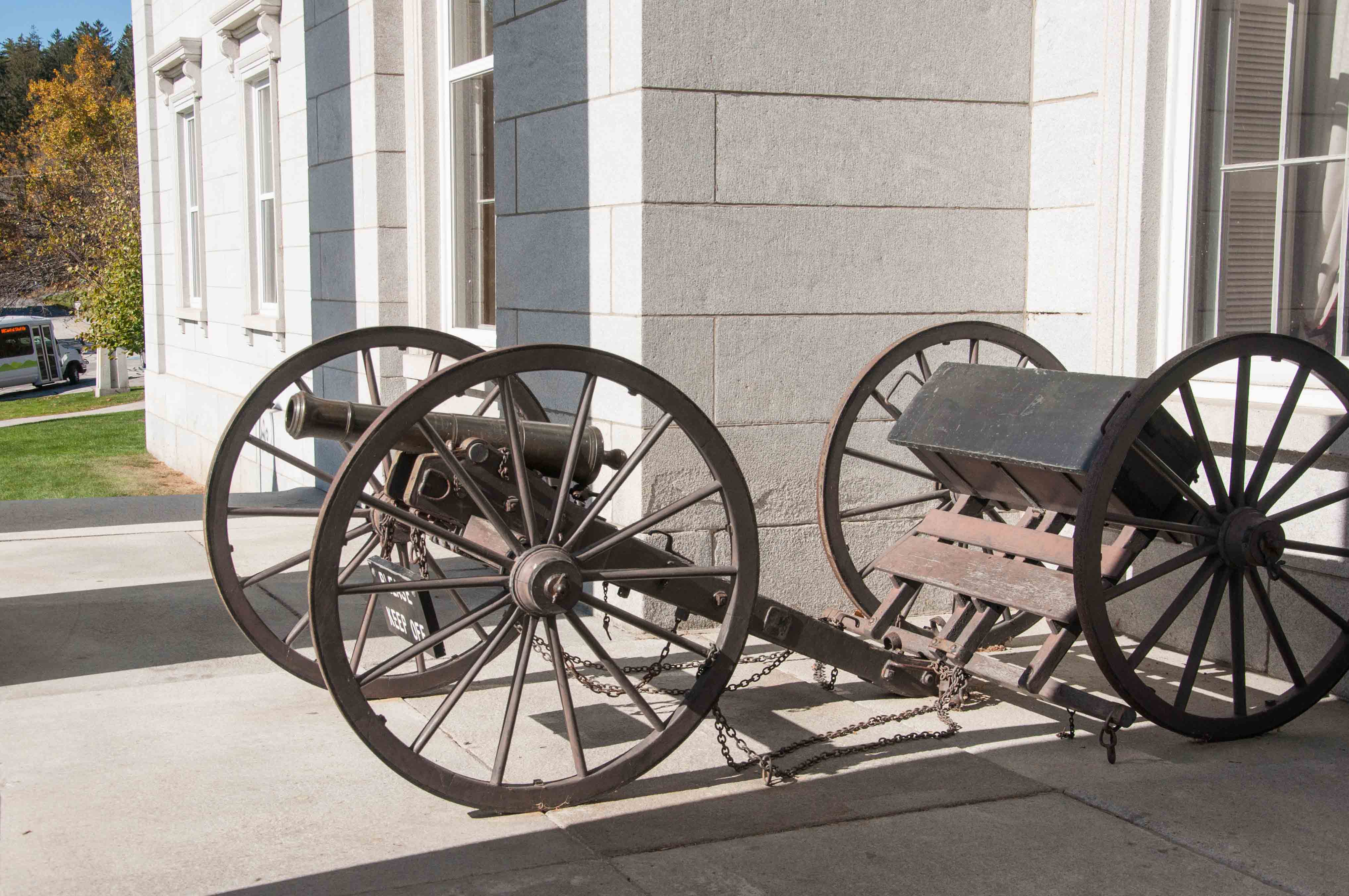 And a smaller one on the front porch. 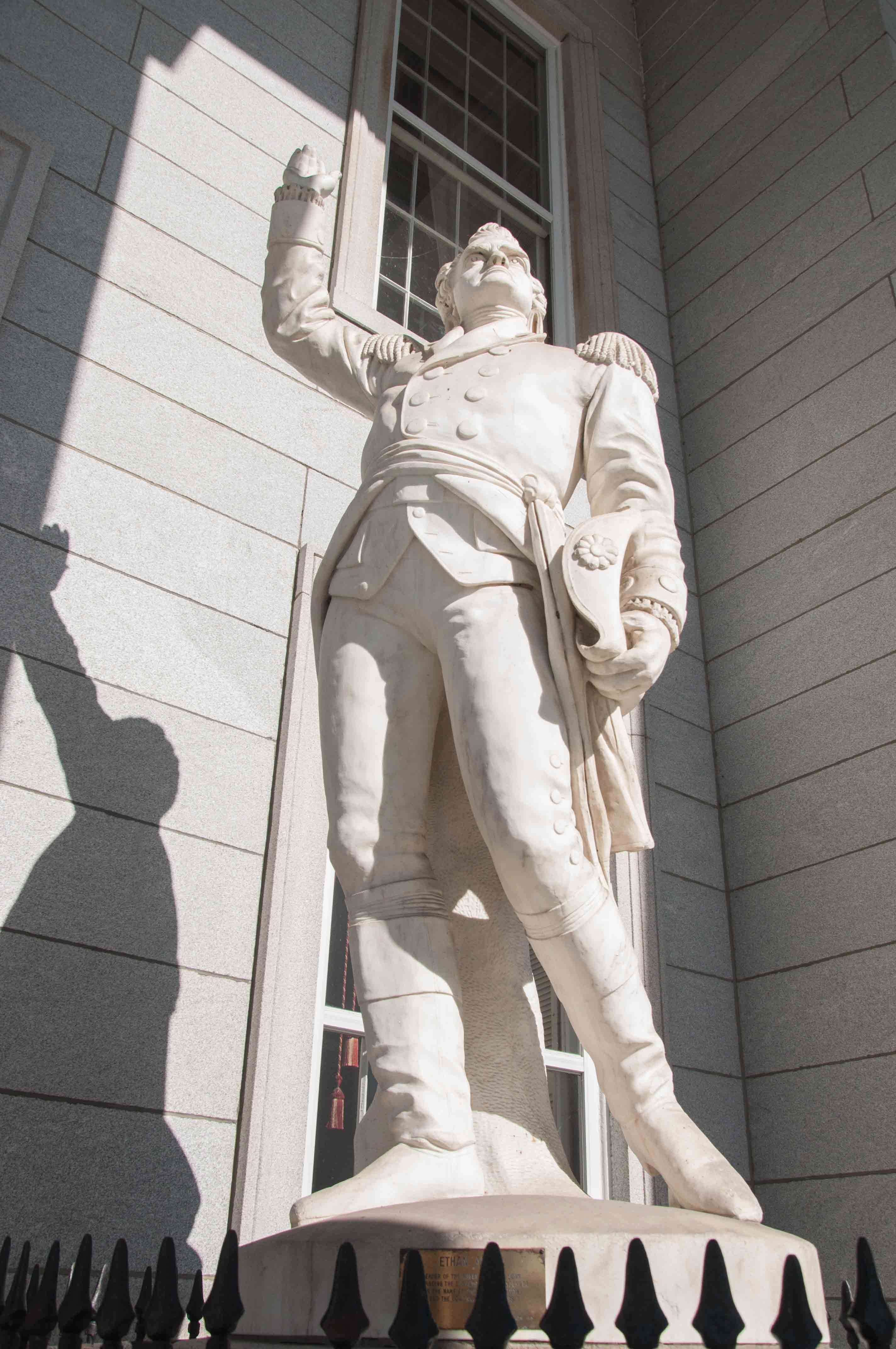 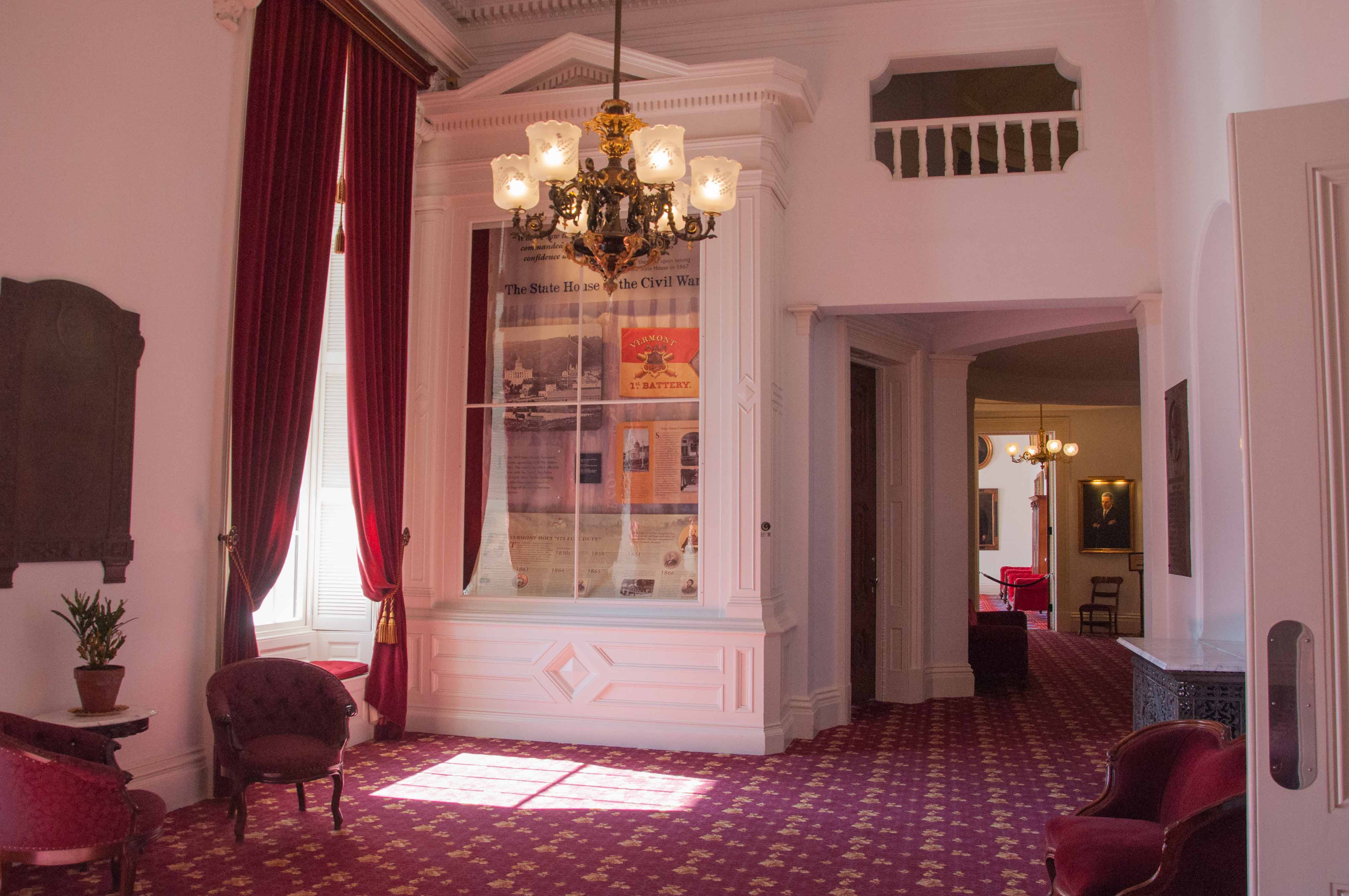 Lobby of the State House 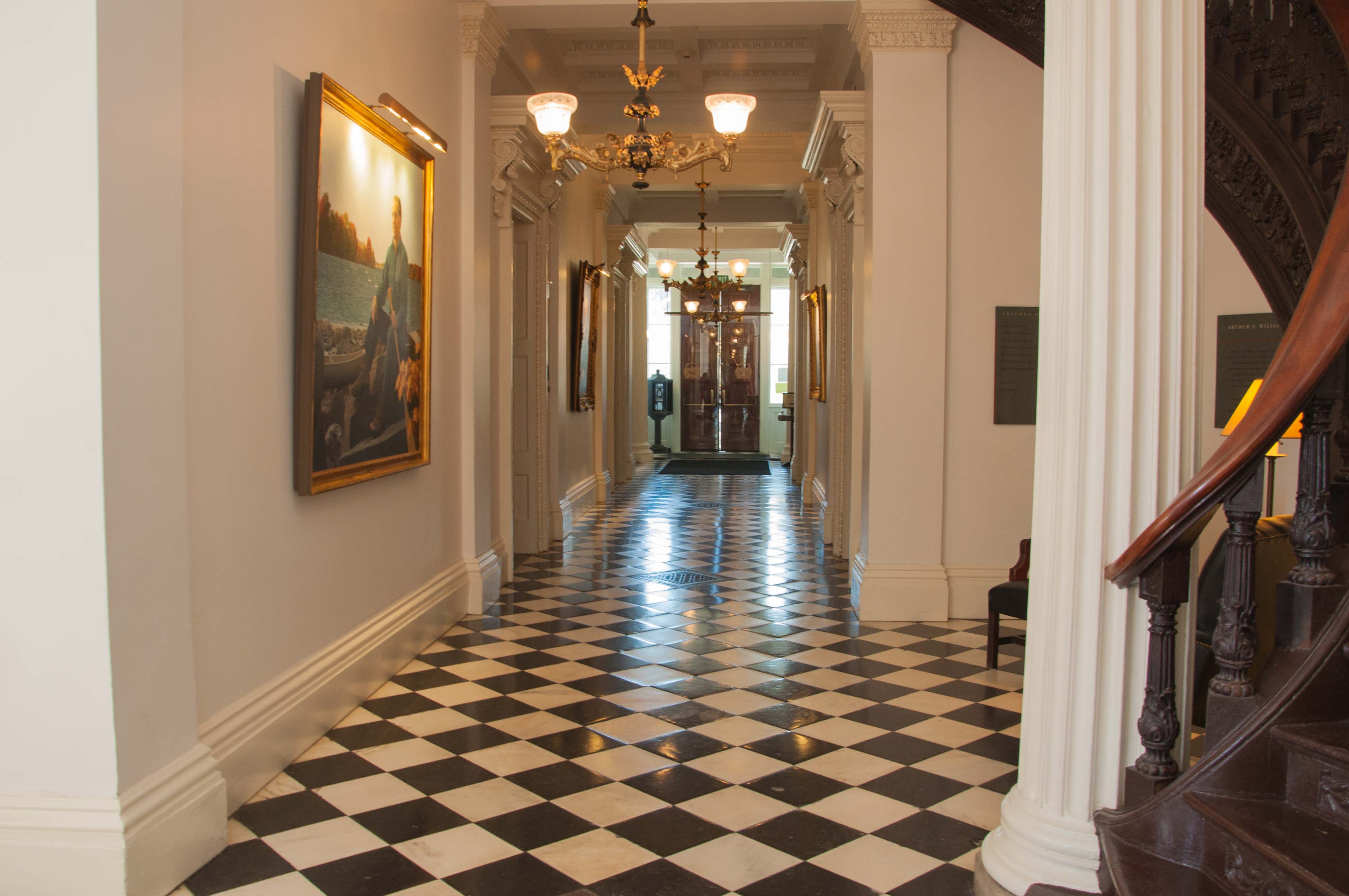 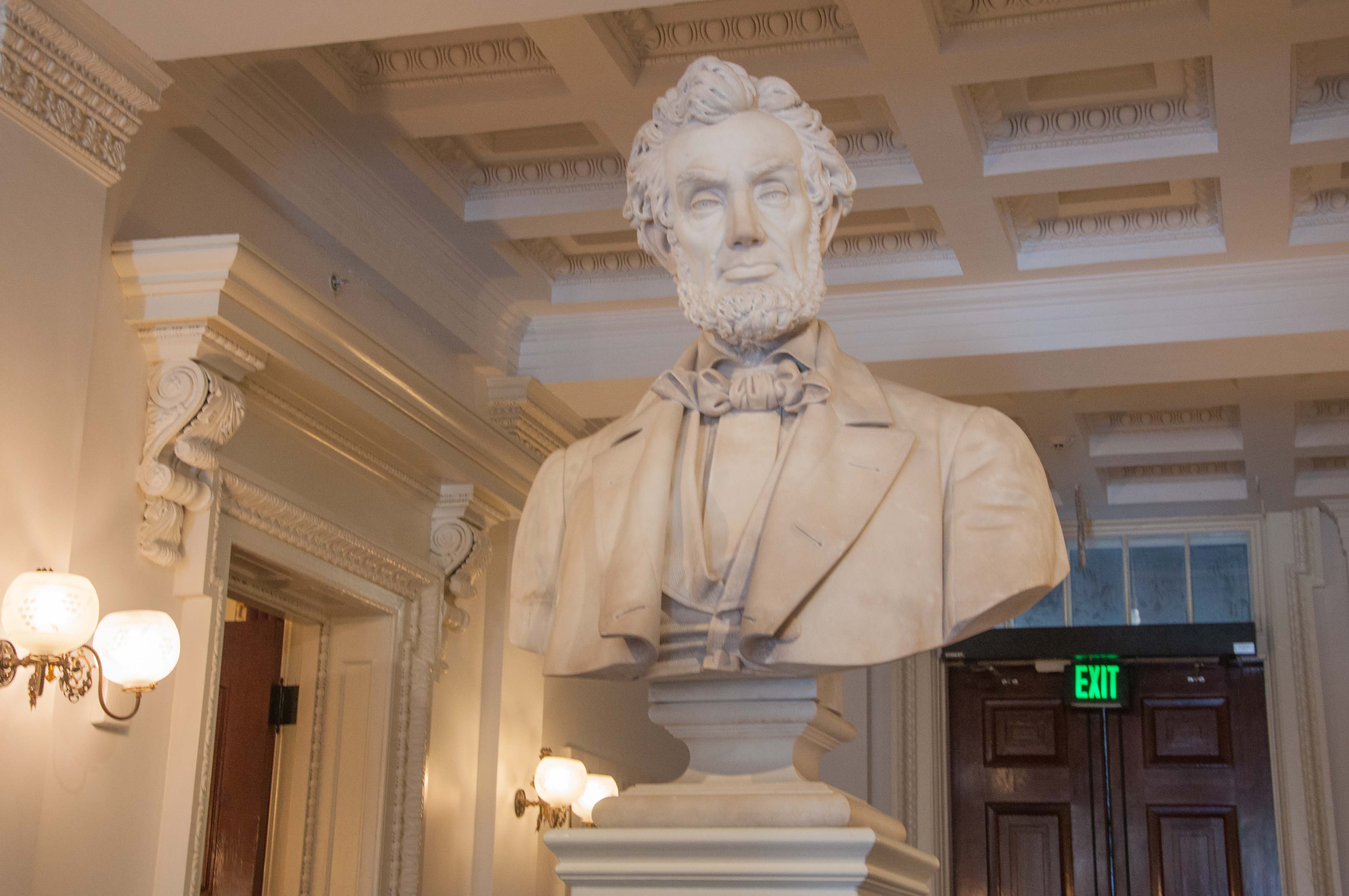 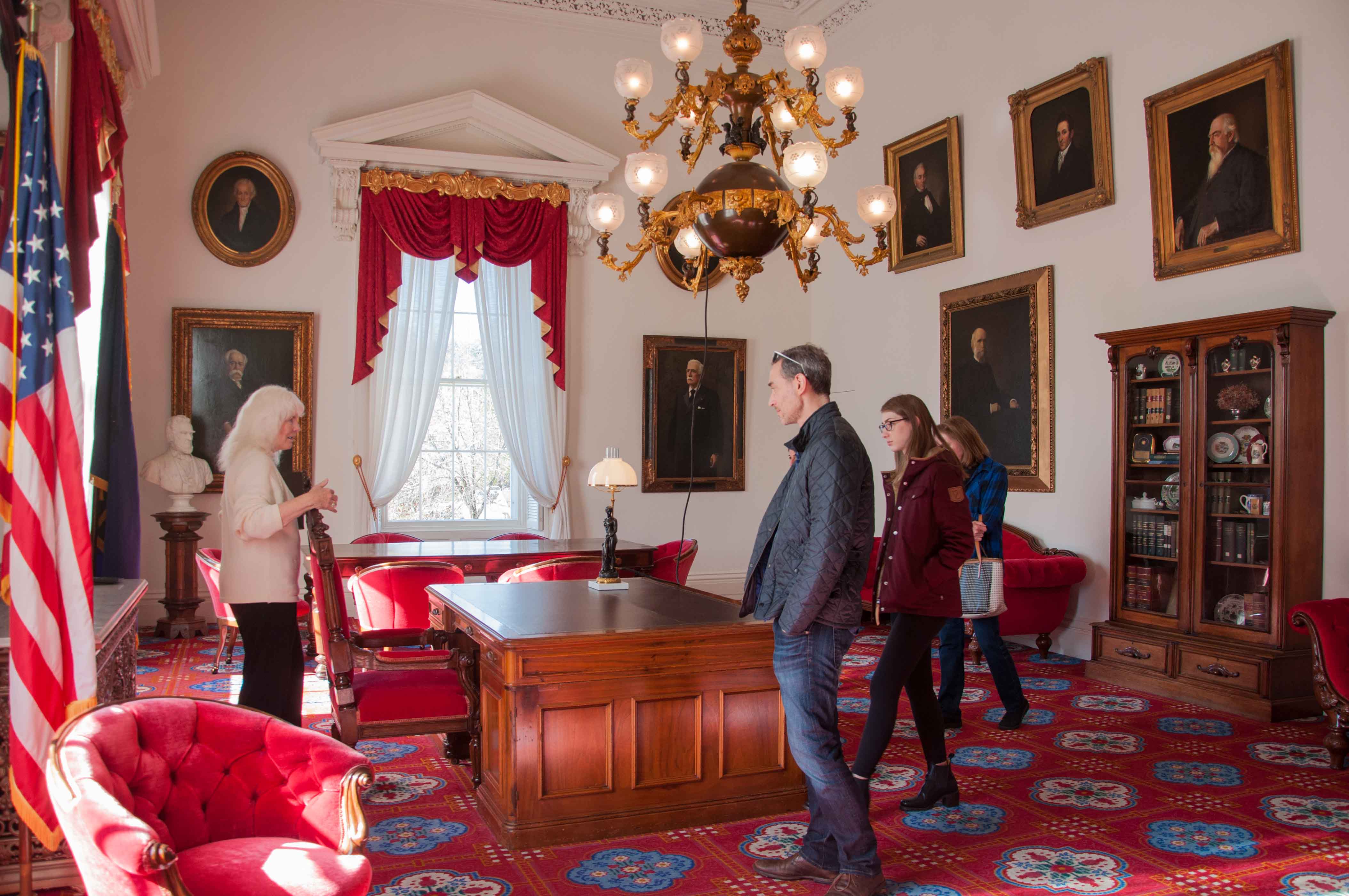 The two chambers of the Vermont General Assembly are on the second floor of the State House. Both chambers have overhead visitors' galleries on a third-floor mezzanine, but visitors are welcome to sit quietly on the main floor of the chambers. The Senate Chamber is decorated in green and gold, and the Representatives Hall is done in red and gold. A large portrait of George Washington, painted around 1837 by George Gassner, hangs above the speaker's chair in Representatives Hall. 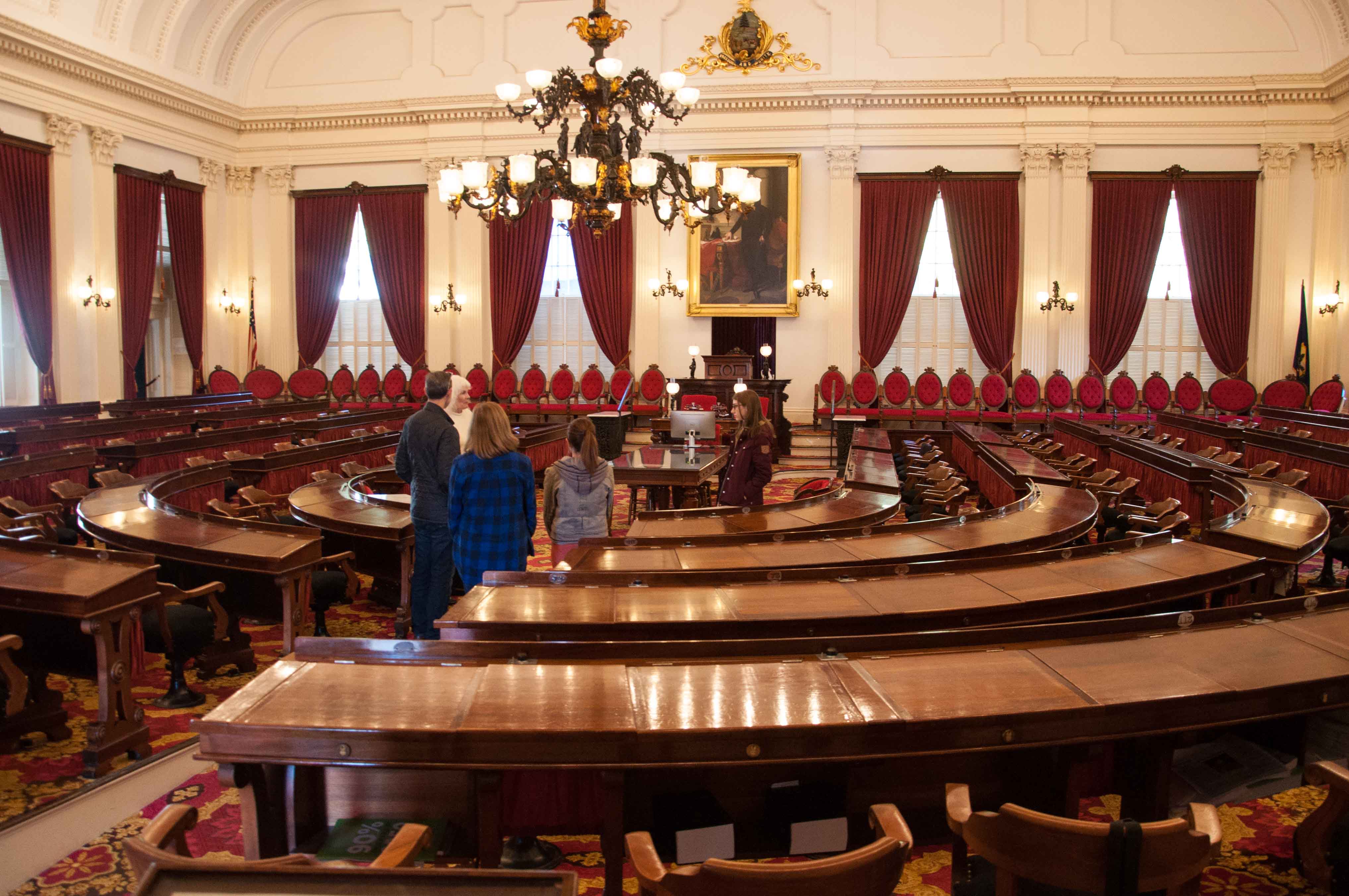 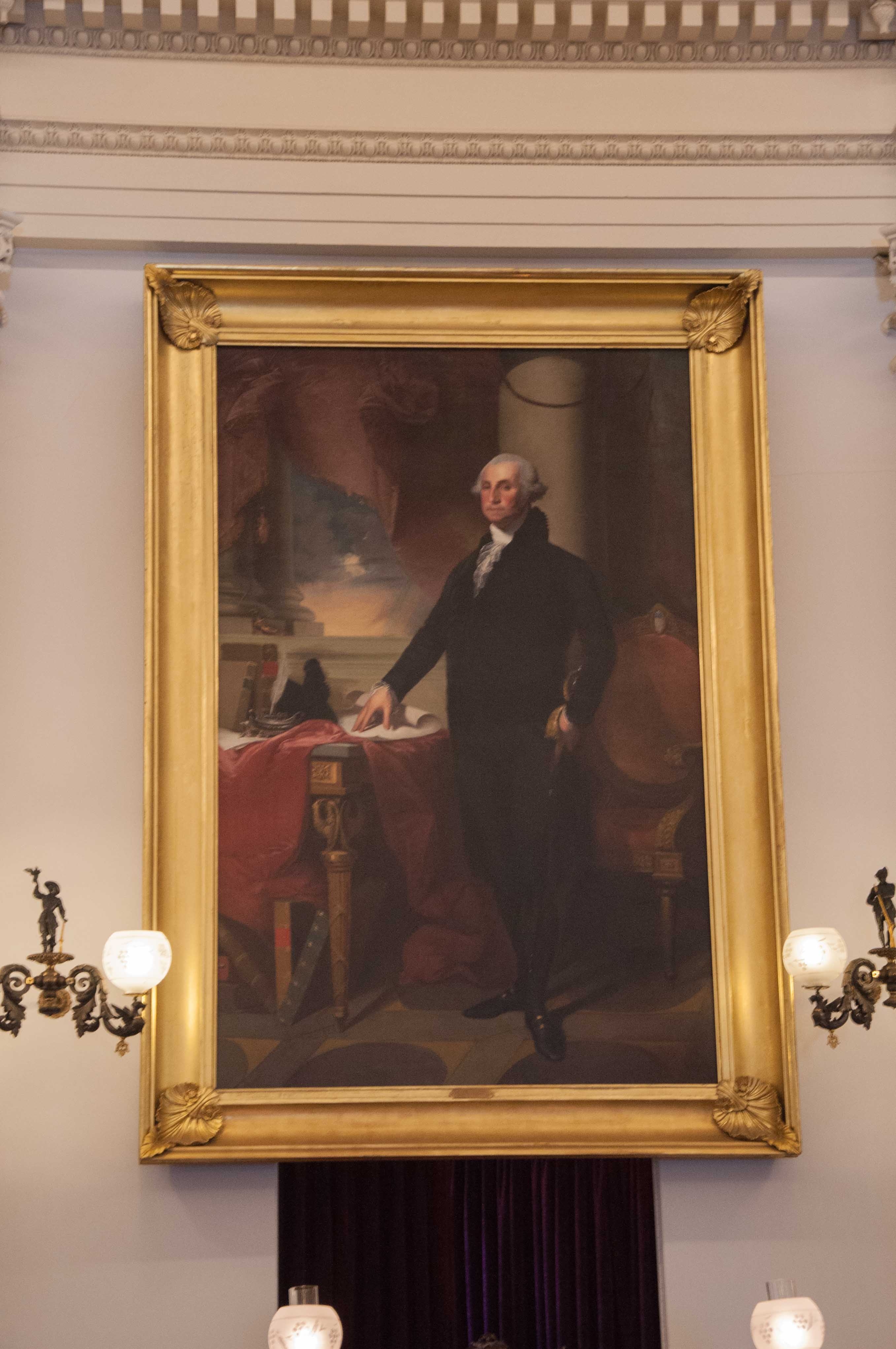 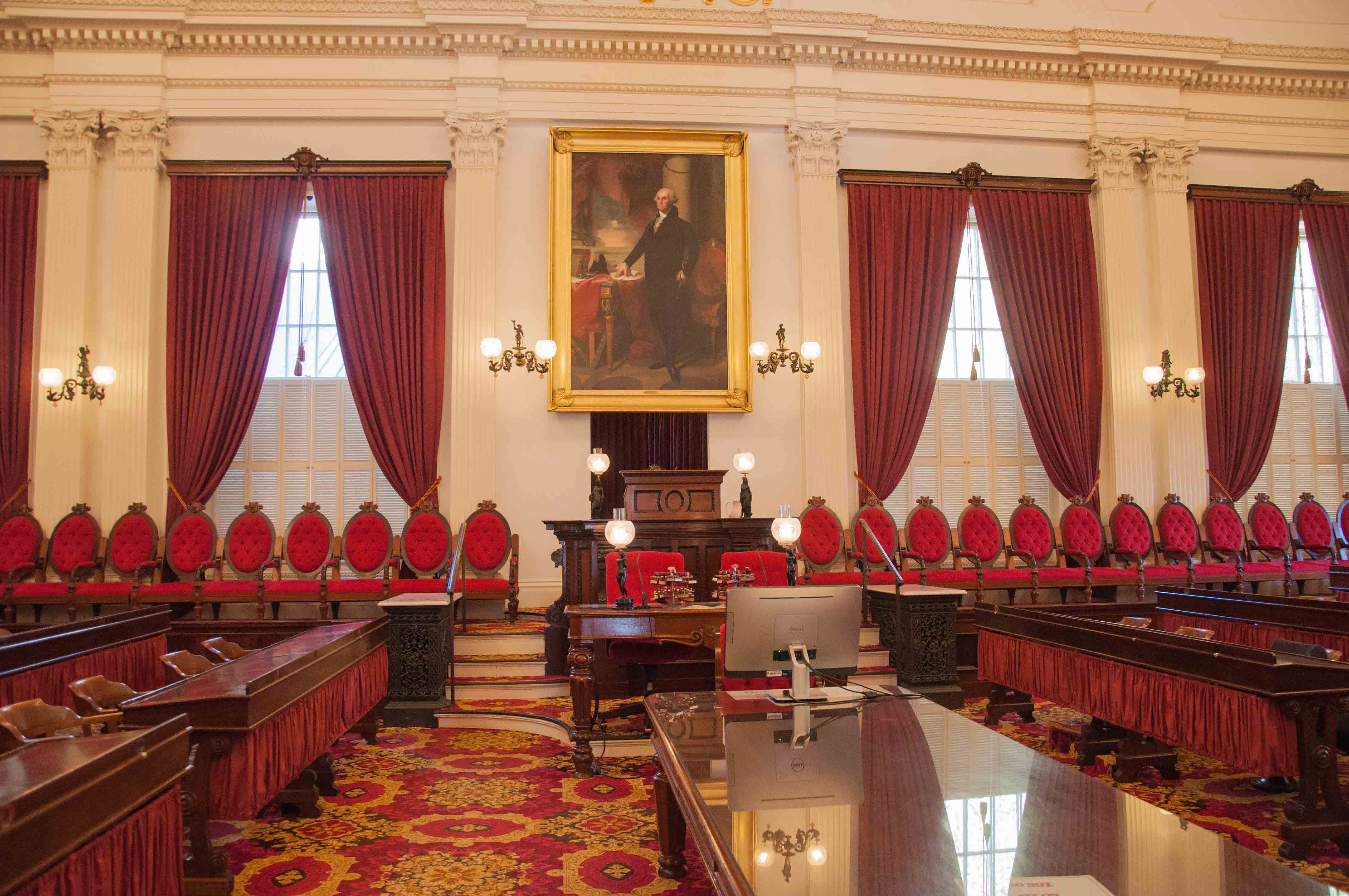 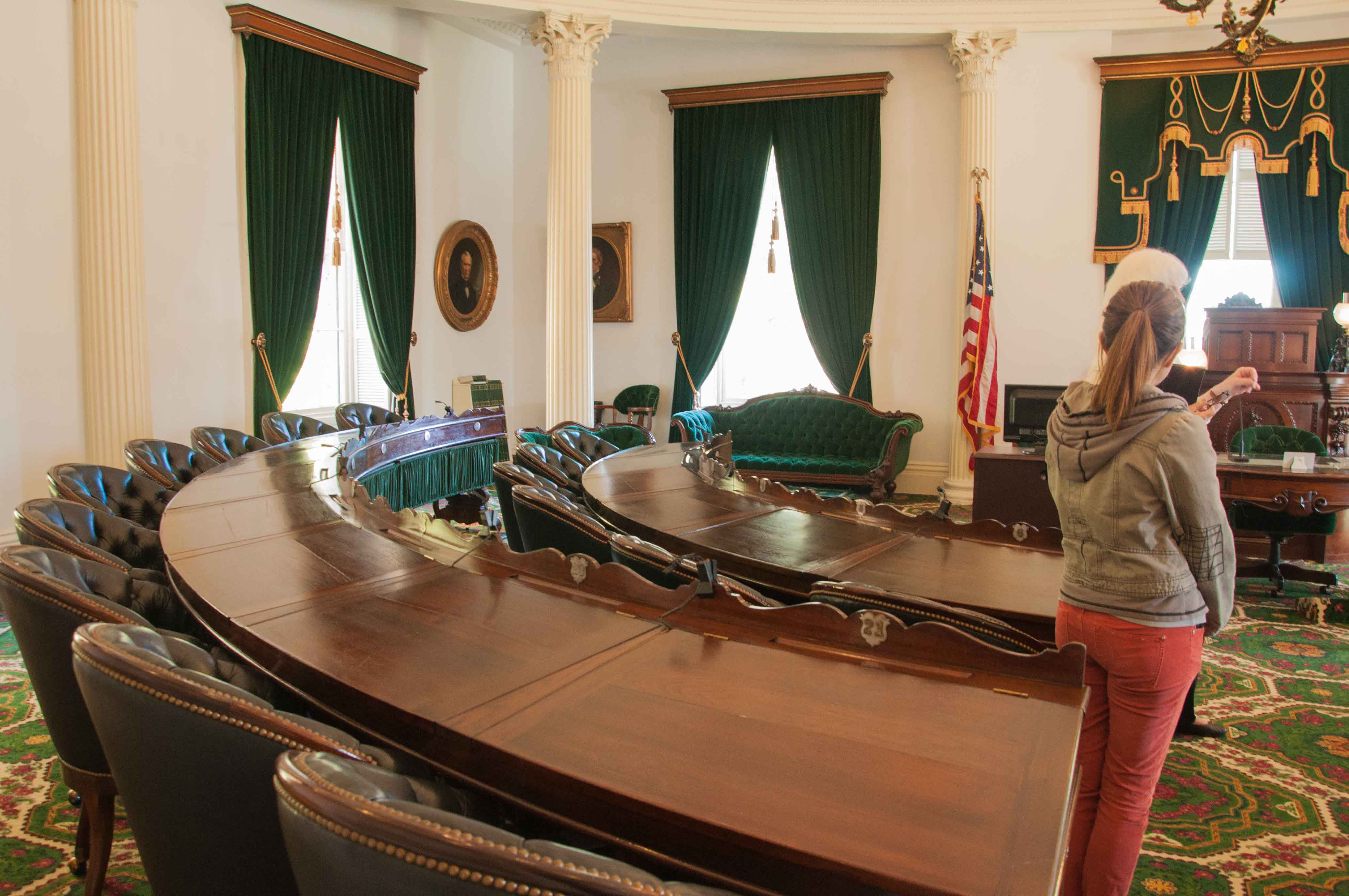 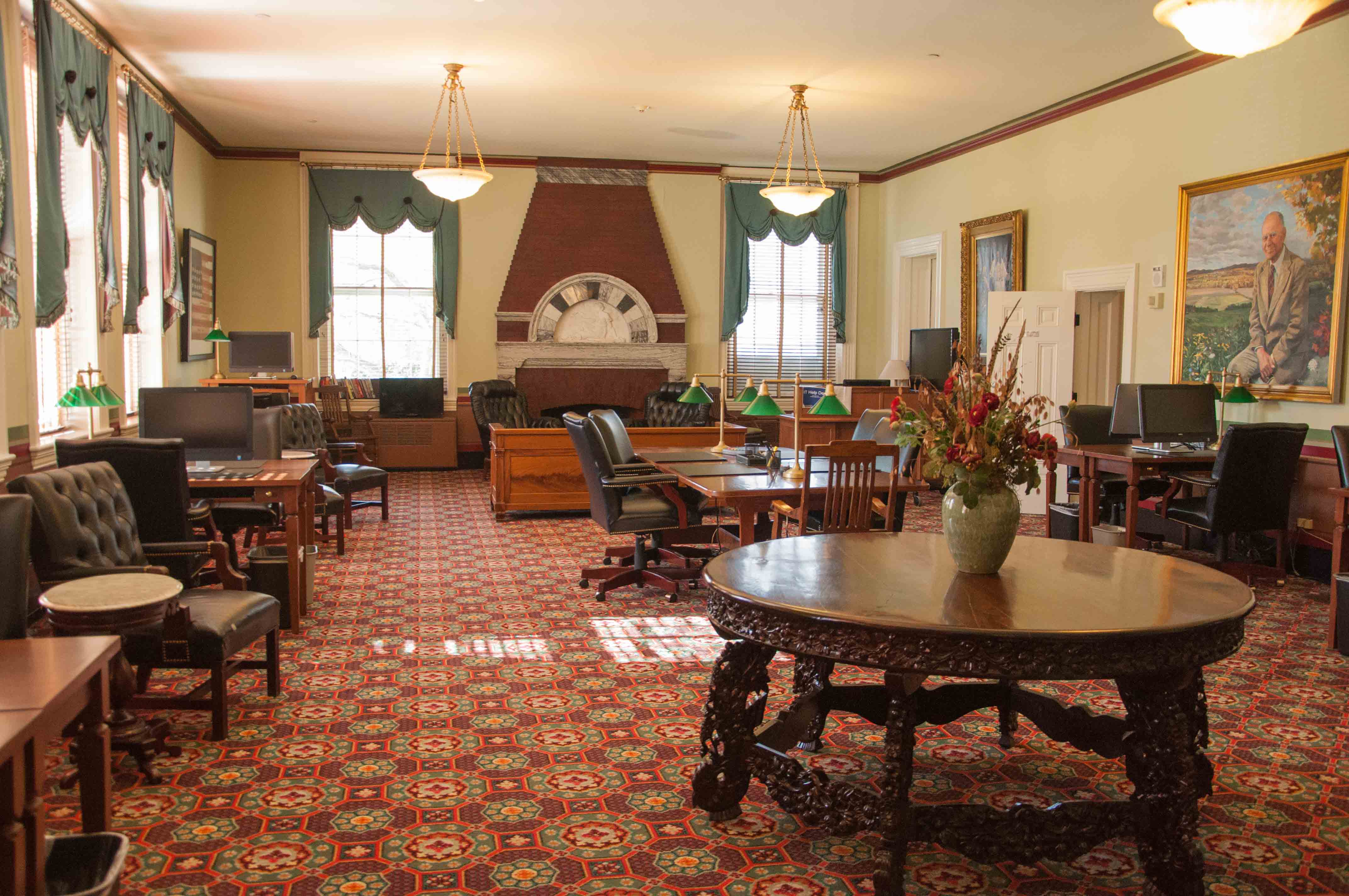 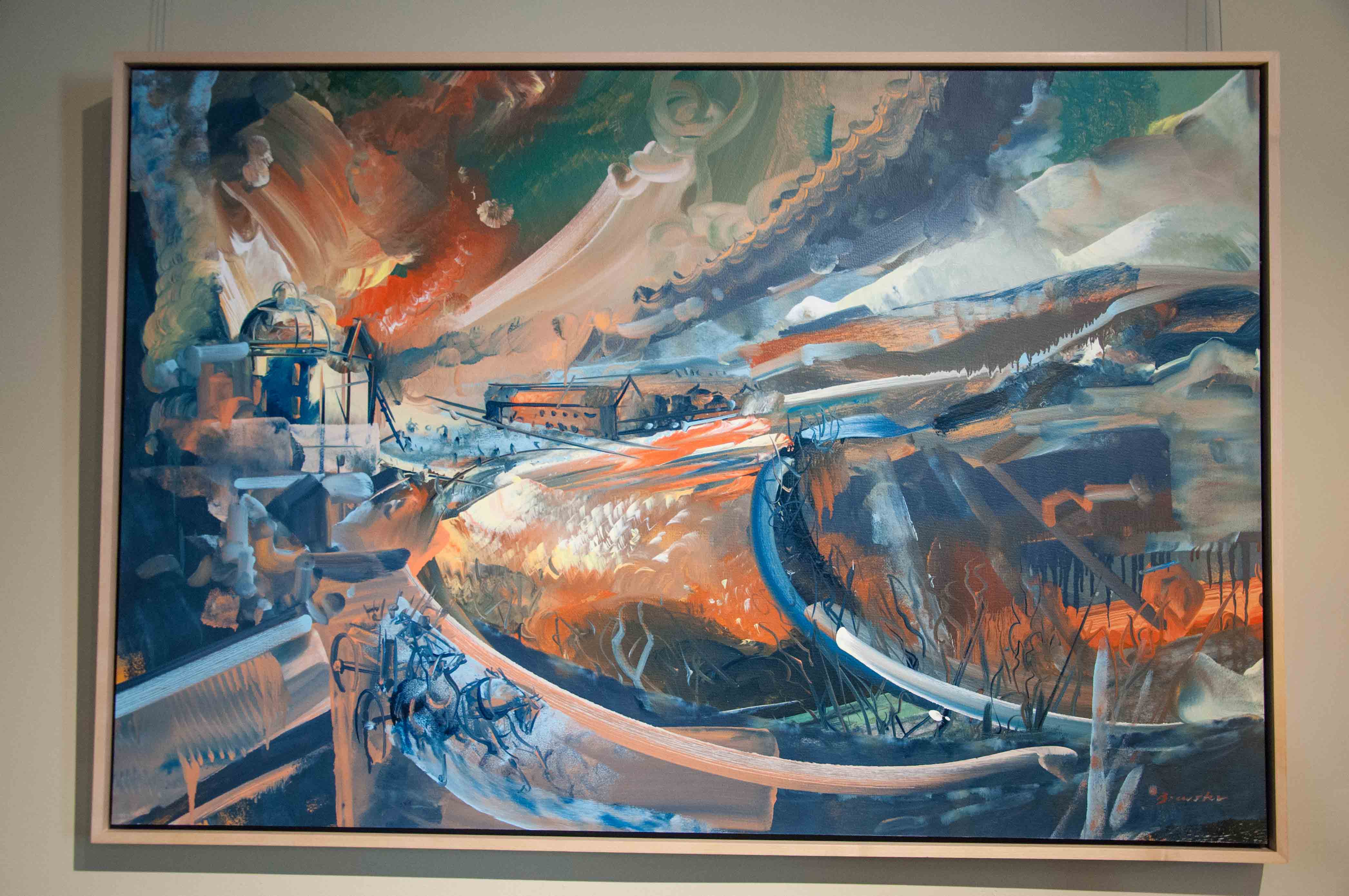 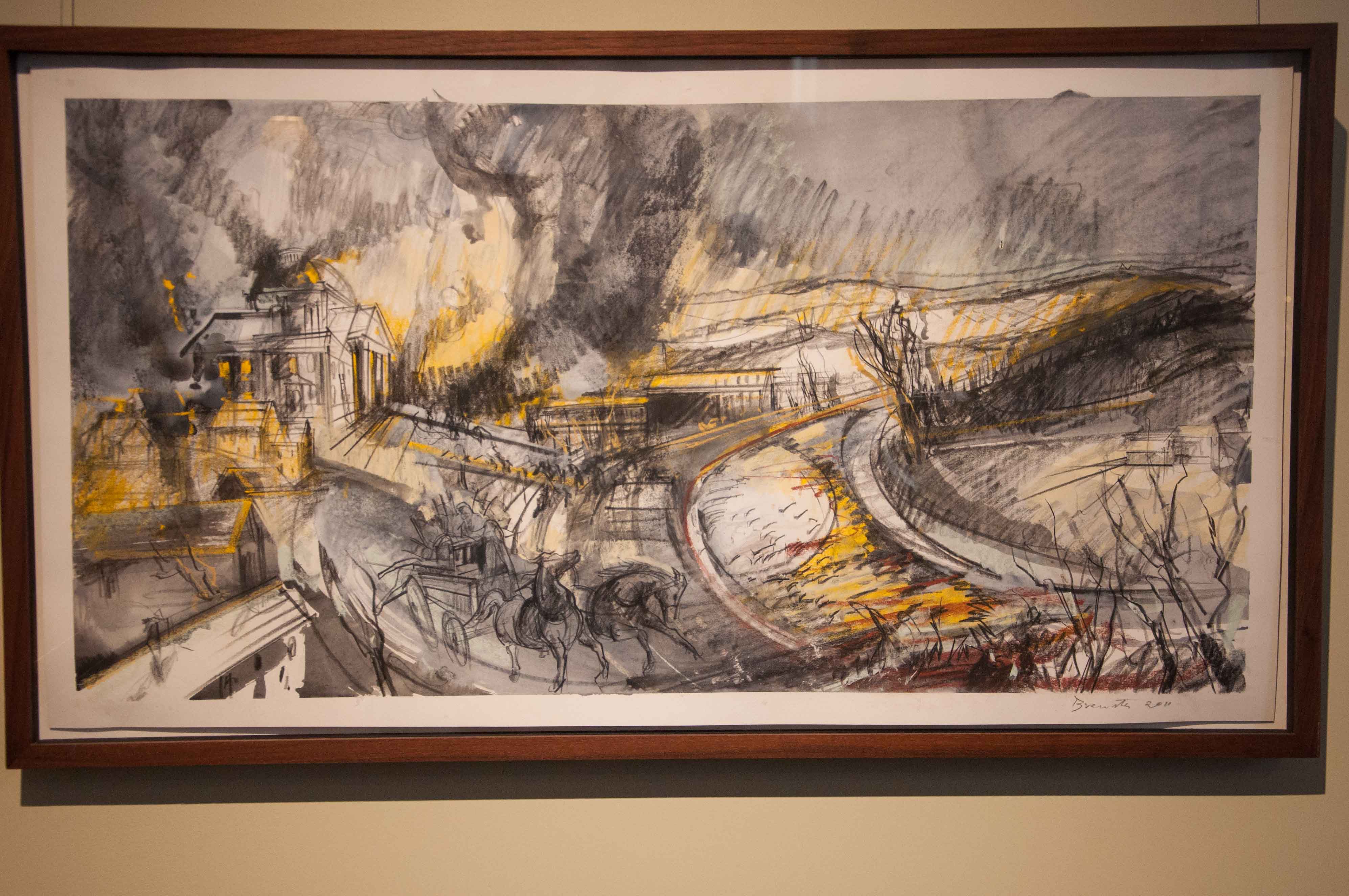 A large reception room called the Cedar Creek Room is located on the second floor. It features a large mural on the south wall painted by Julian Scott in 1874. It depicts the Battle of Cedar Creek during the American Civil War. There are two restored stained glass skylights in the ceiling. One skylight depicts the front of the Vermont coat-of-arms with the head of a white-tailed buck. The other skylight shows the reverse of the state coat-of-arms with a female representation of Vermont known as "Vermontannia" (not making that up). 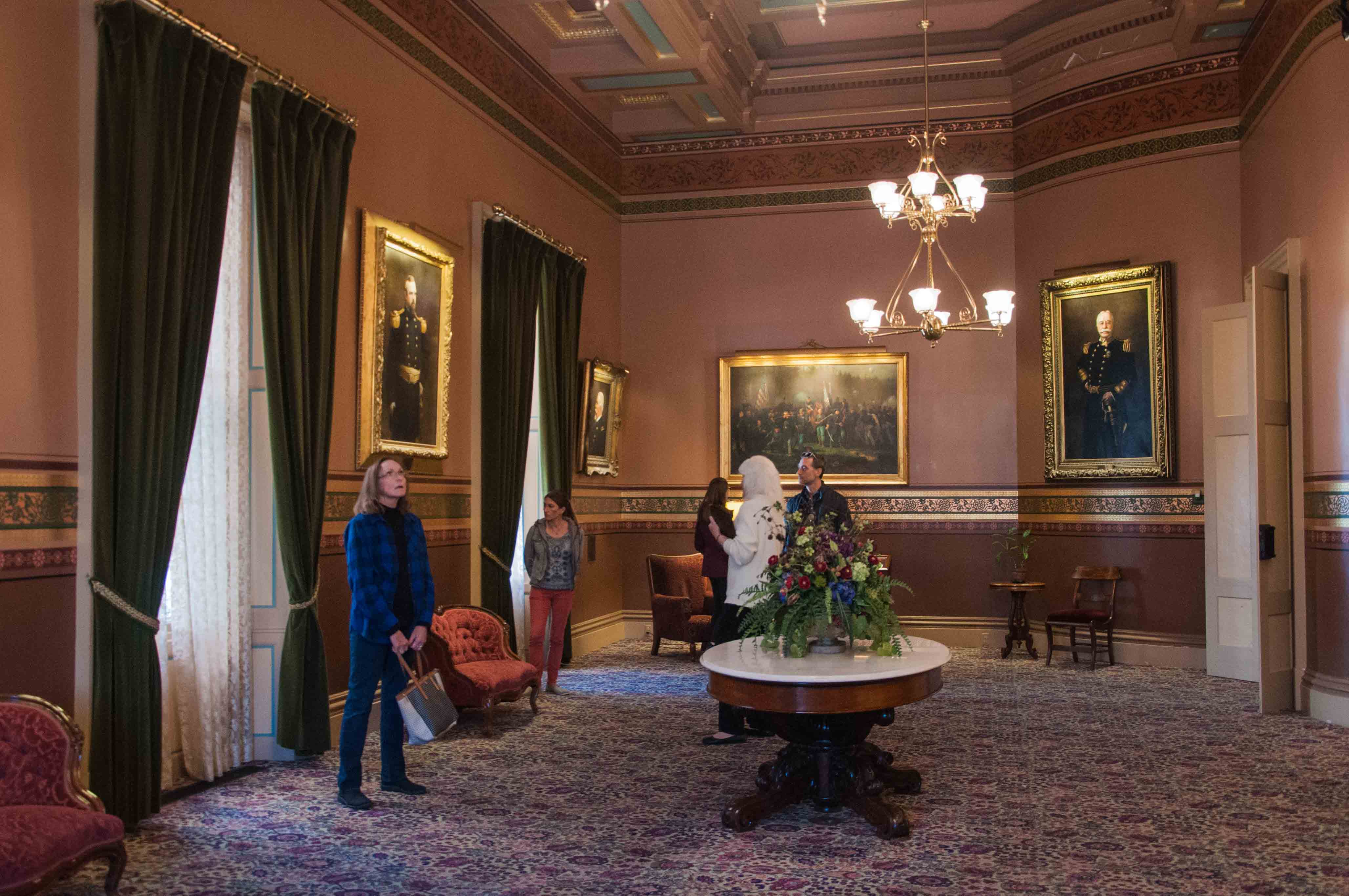 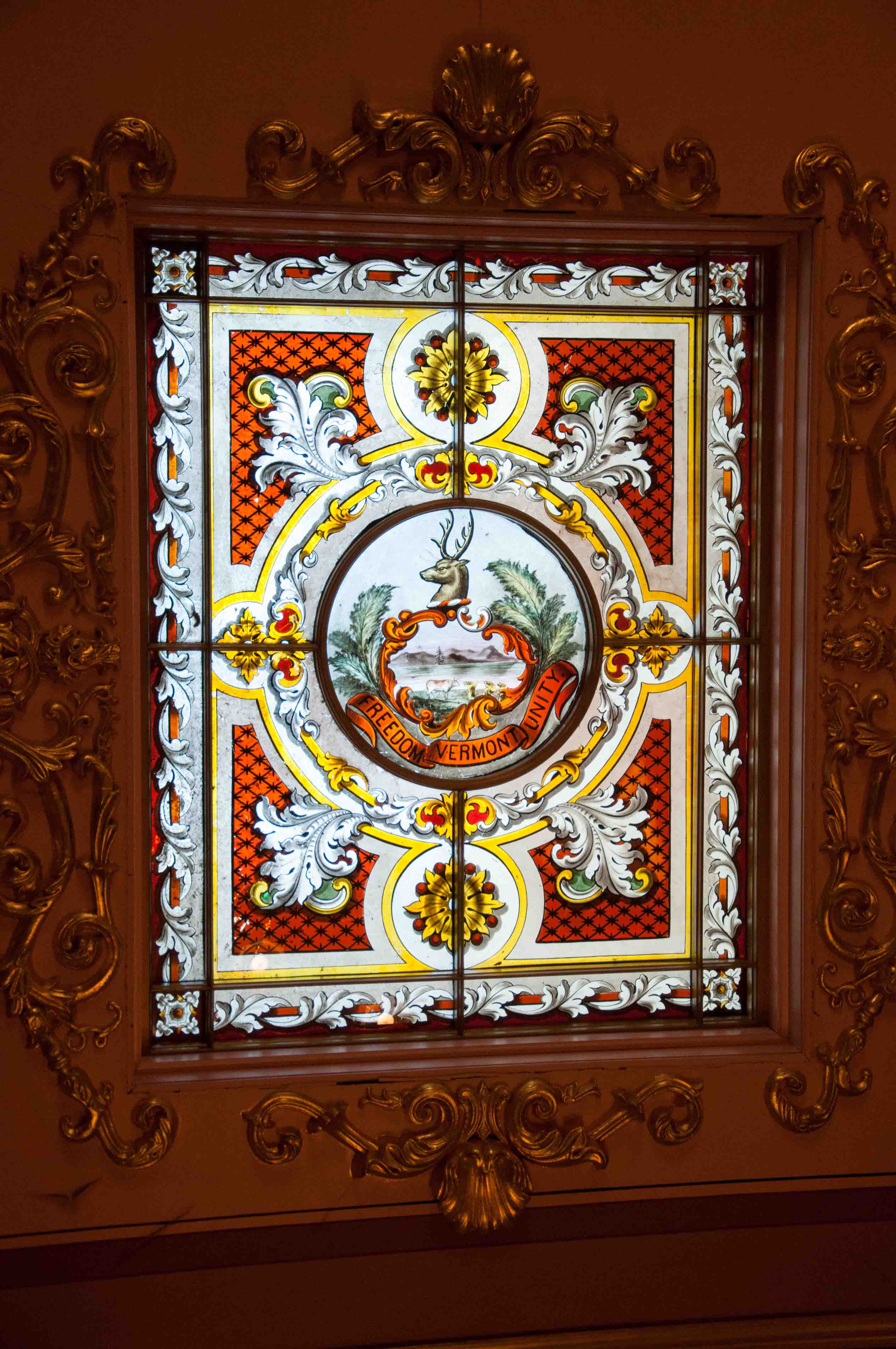 Skylight depicting the front of the Vermont coat-of-arms 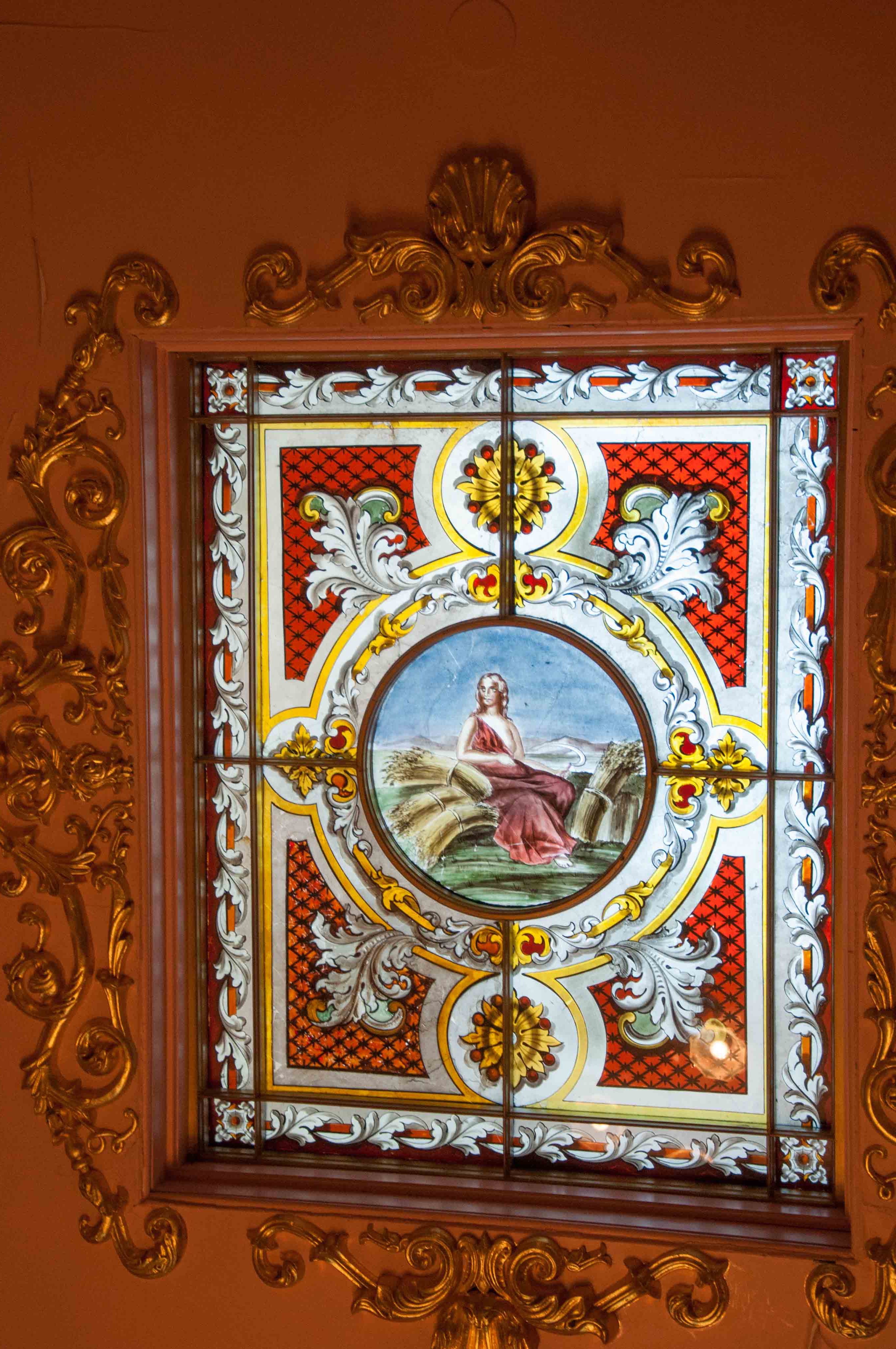 Skylight depicting the back of the Vermont coat-of-arms 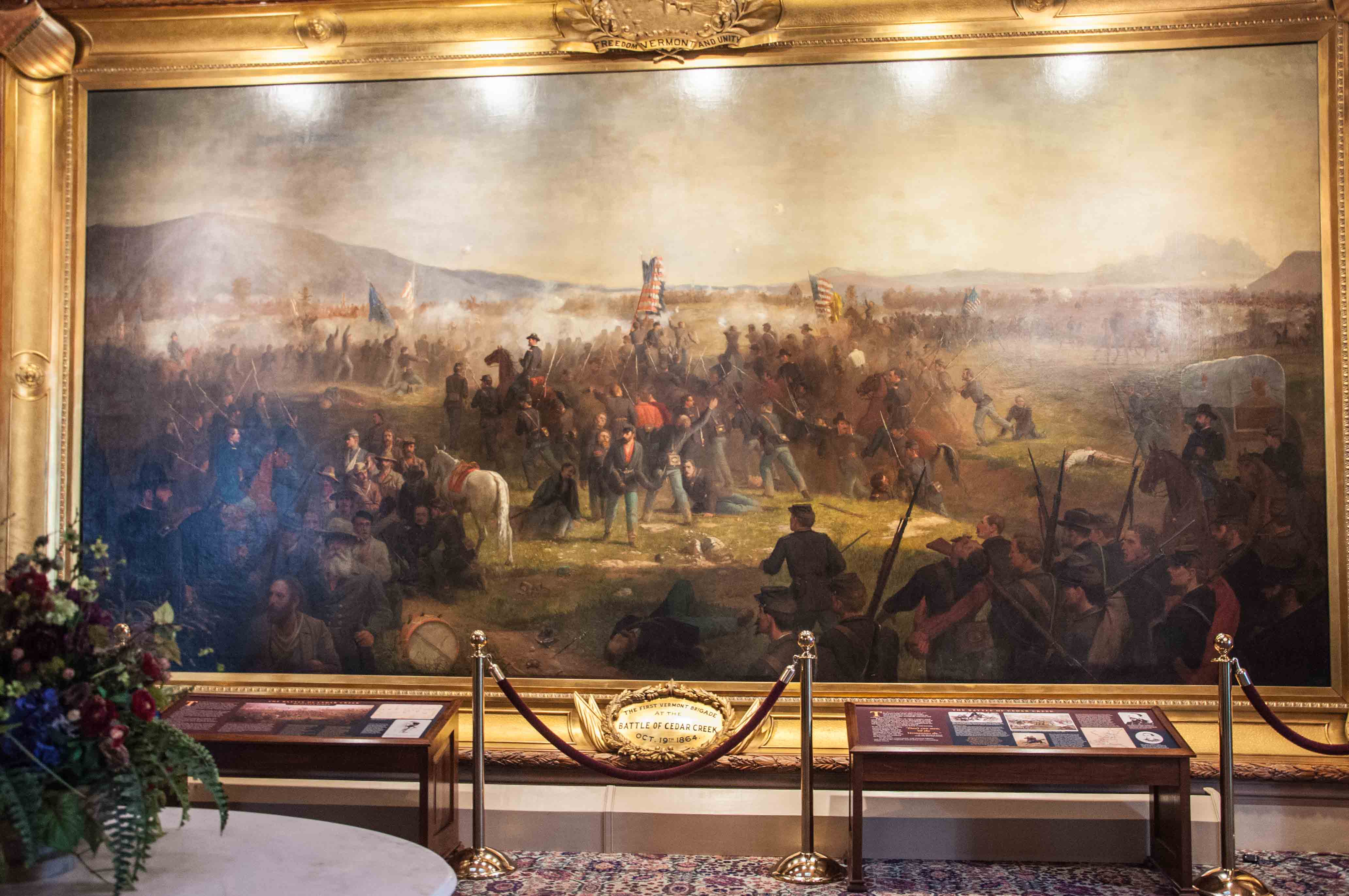 Background content obtained from Wikipedia and from information provided by the State of Vermont.