Meteor Crater is one of the best preserved meteorite impact craters on Earth. It is located just south of I-40 about 18 miles west of Winslow, AZ. Take exit 233 to visit it. The crater was formed by a meteor impact about 50,000 years ago. The crater is about 3,900 feet in diameter, 560 feet deep, and lies at an elevation of 5,710 ft above sea level in the northern Arizona desert. The crater rim rises an average of 148 ft above the surrounding plains. The meteorite itself was of iron-nickel composition and estimated to be 160 ft across. It is believed to have been travelling at 8 to 12 miles per second when it impacted with a force of about 10 megatons. The meteorite was mostly vaporized on impact. 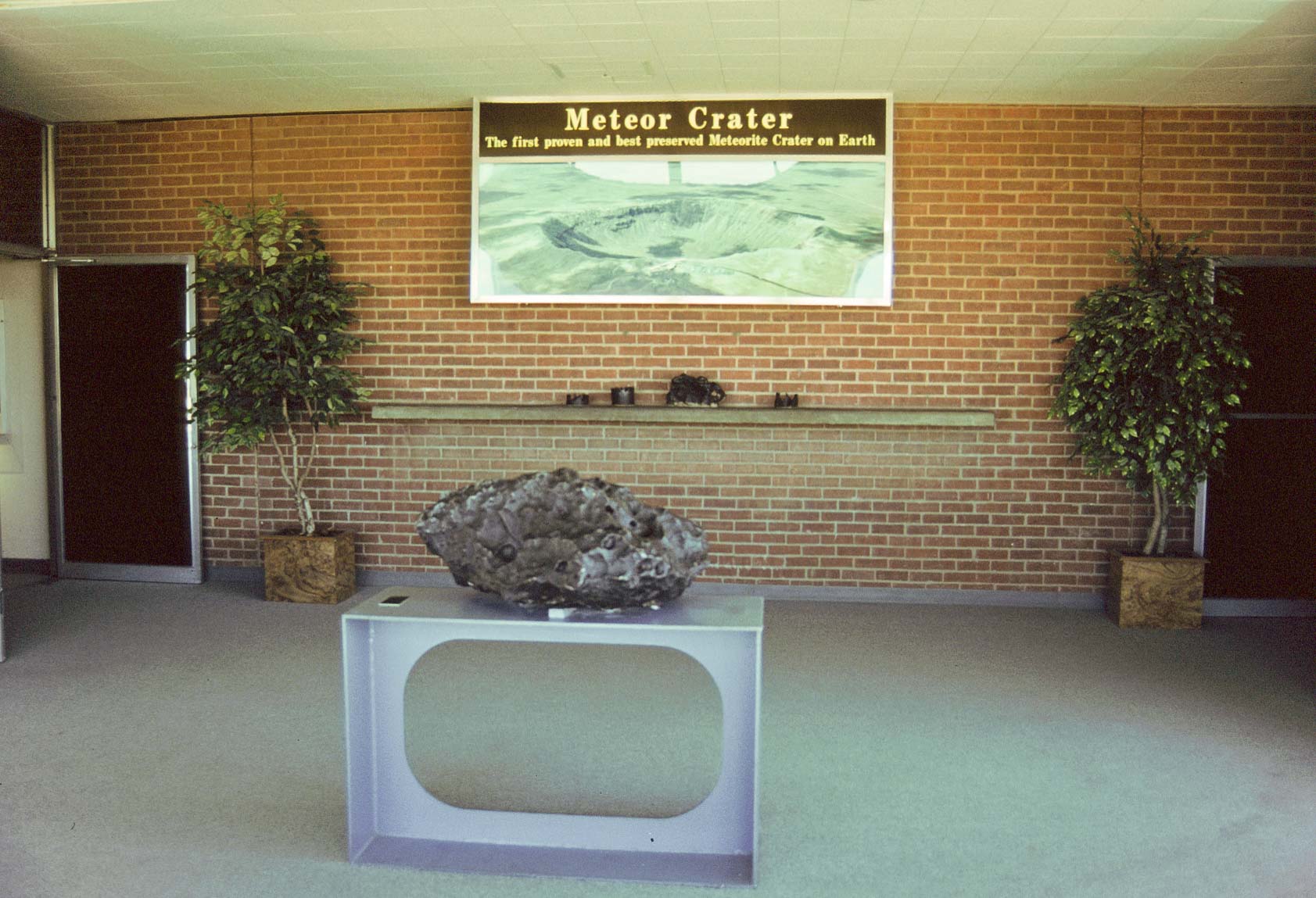 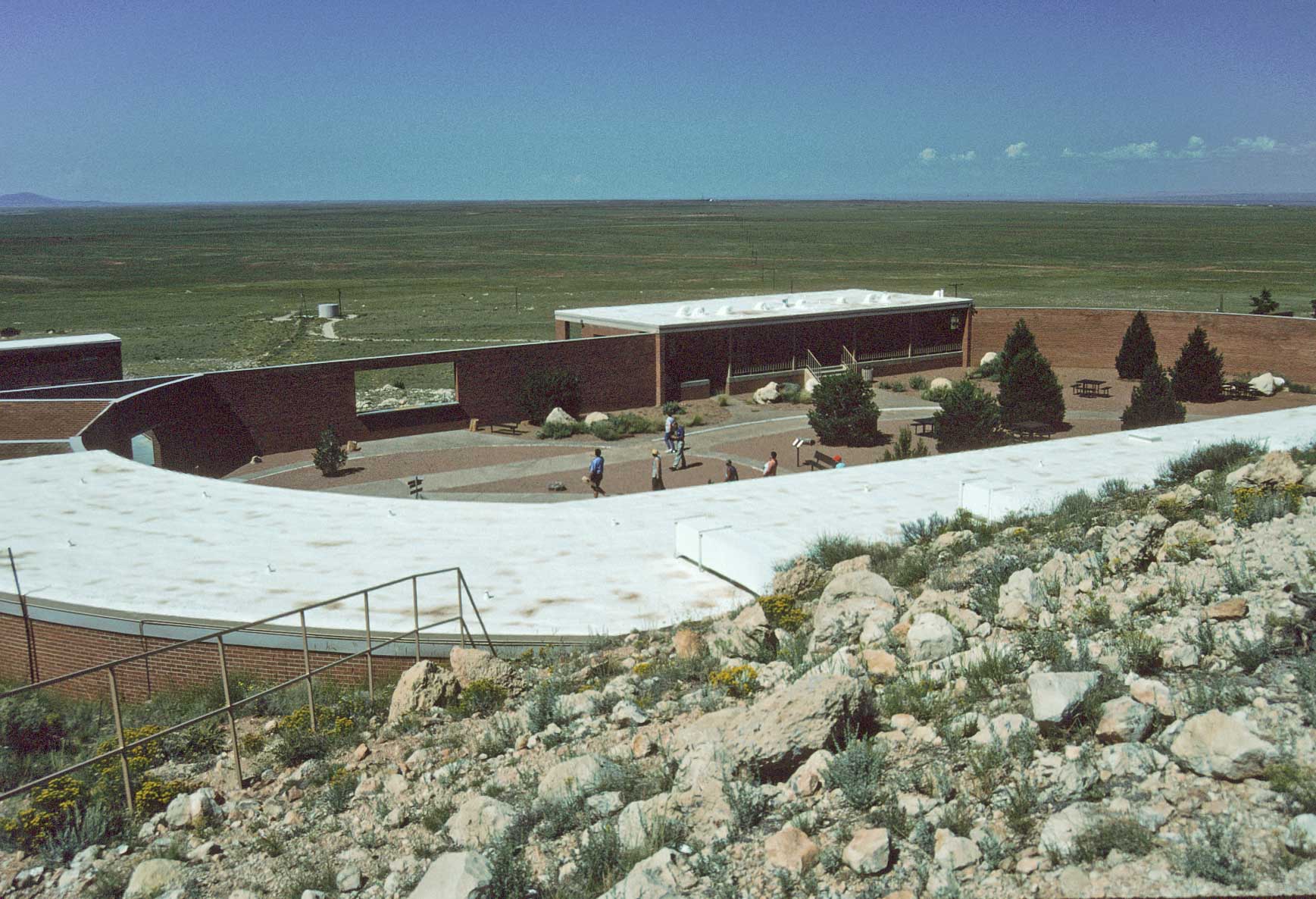 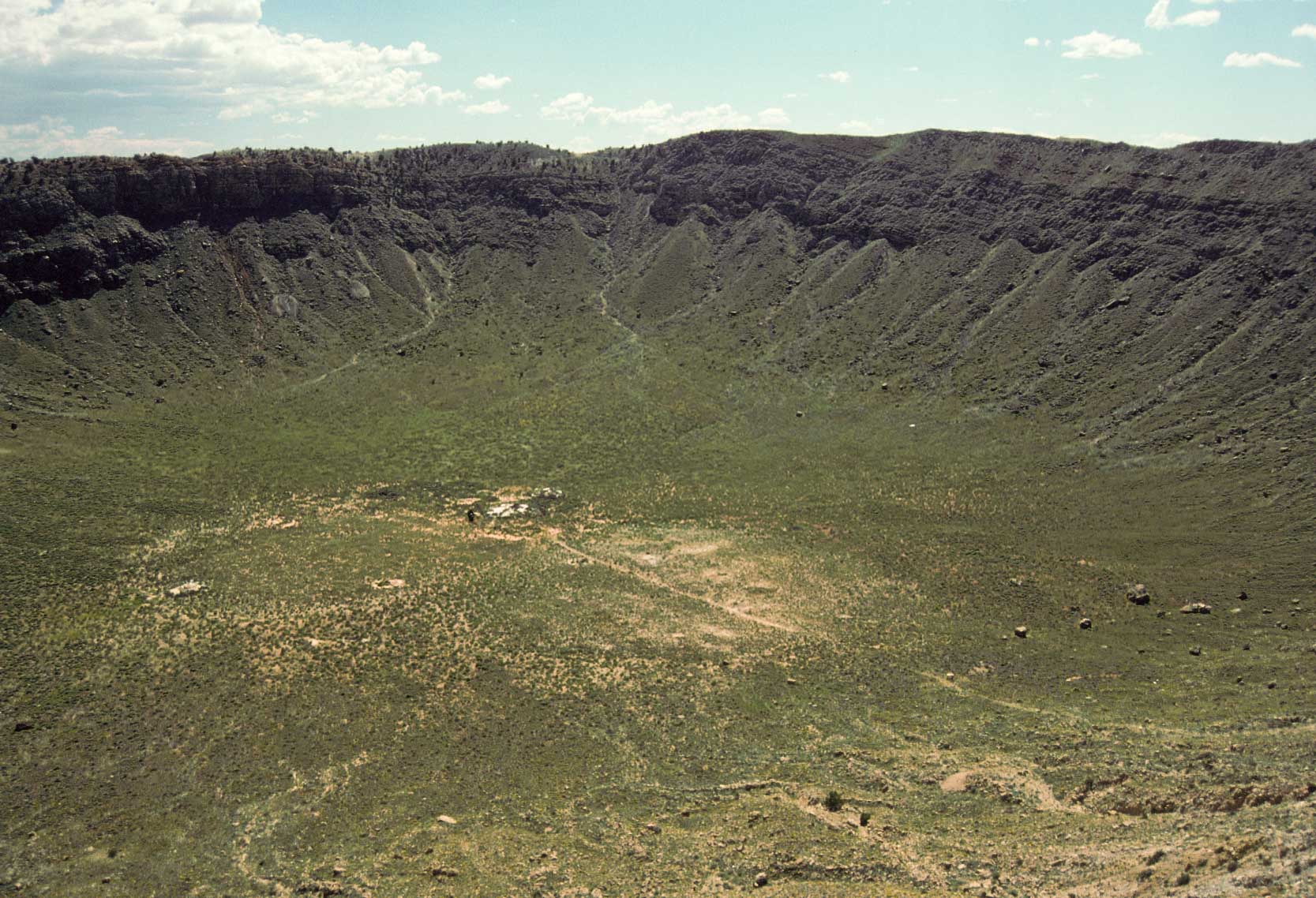 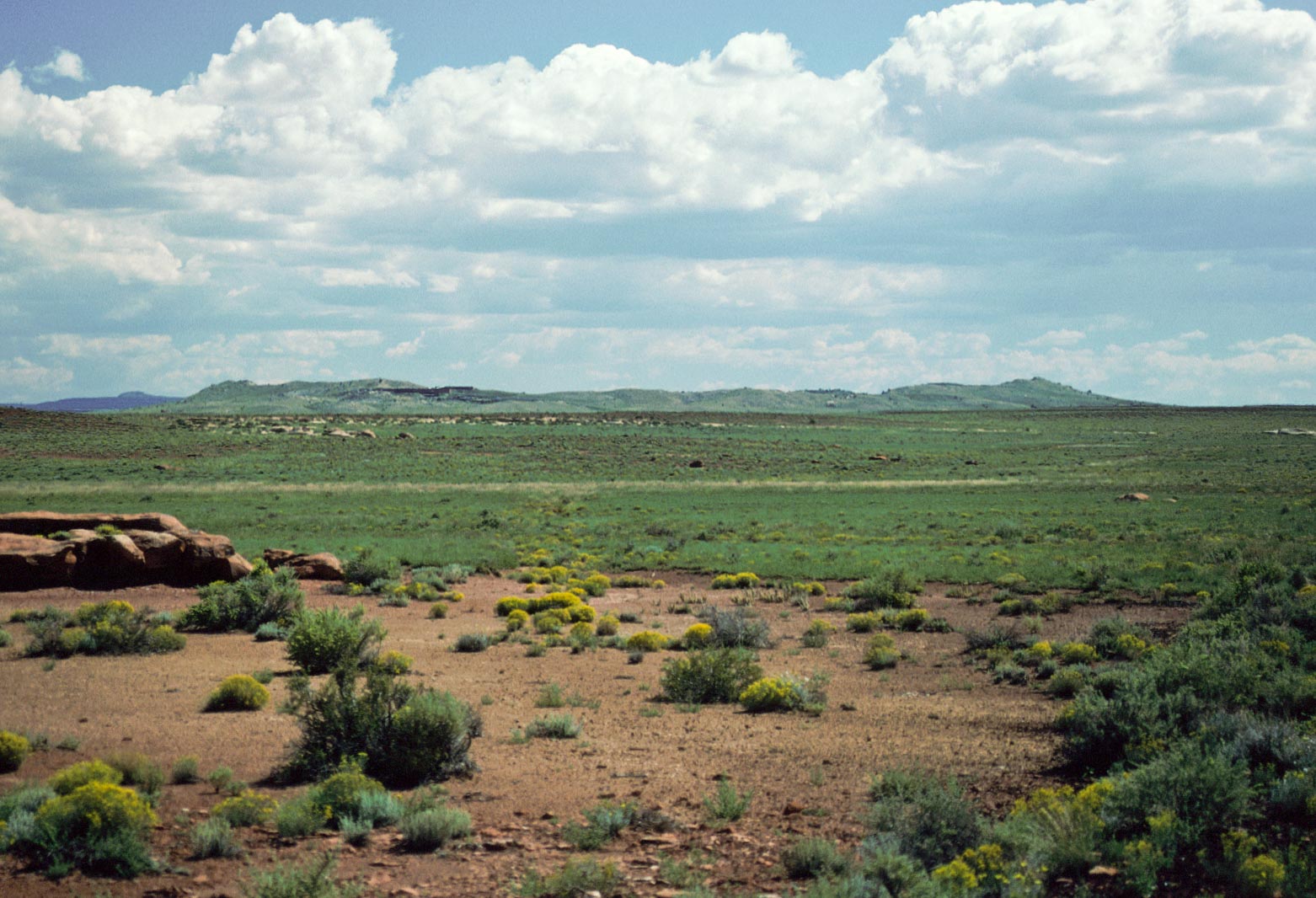 View of Meteor Crater in the Distance

In addition to Meteor Crater we have Meteor City. Meteor City is not a city at all, but an old eclectic trading post. It is one of a half dozen trading posts built along US Route 66 ("The Mother Road") in Arizona. It is located on a frontage road (once part of Route 66) just west of I-40's exit 239. It was built in 1938 as a stucco sided building, and obviously got its name from nearby Meteor Crater. A distinctive geodesic dome was added in 1979. Unfortunately, construction of I-40 led to the demise of Meteor City along with the other trading posts along old Route 66. In its heyday it was famous for a mural painted by Bob Waldmire billed as the "World's Longest Map of Route 66" and also for "The World's Largest Dream Catcher". The mural is gone but the dream catcher remains (see photo below). 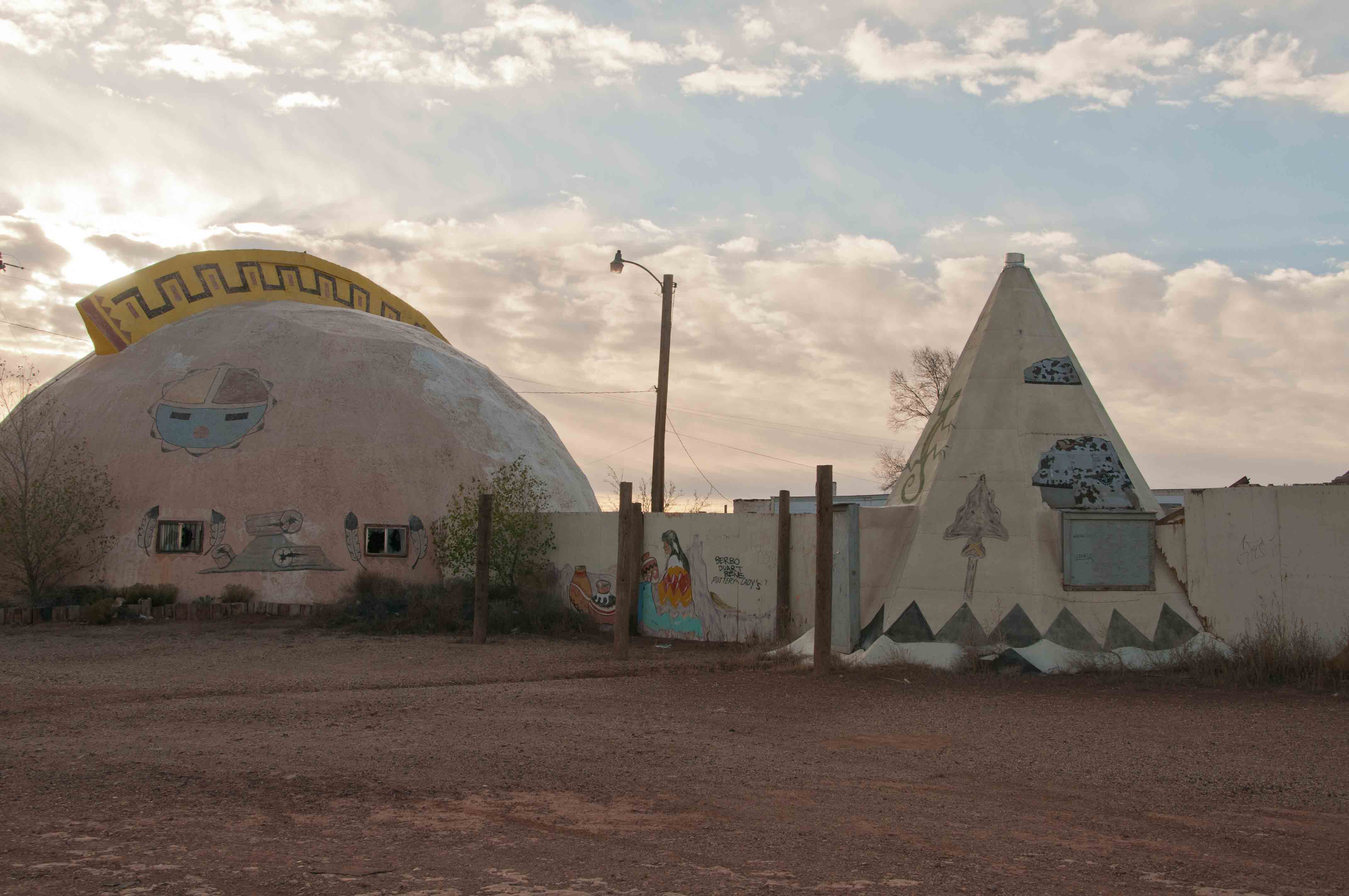 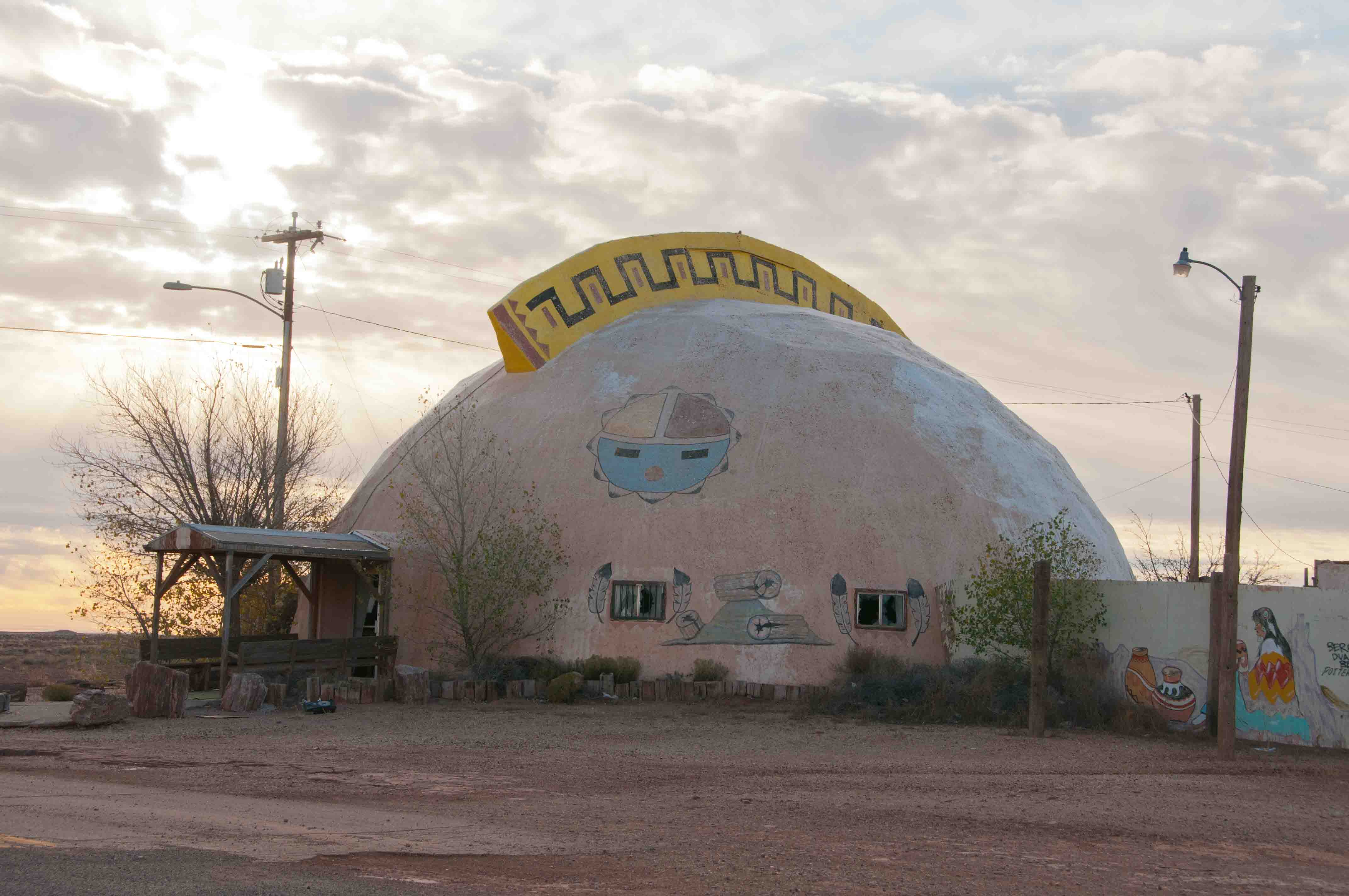 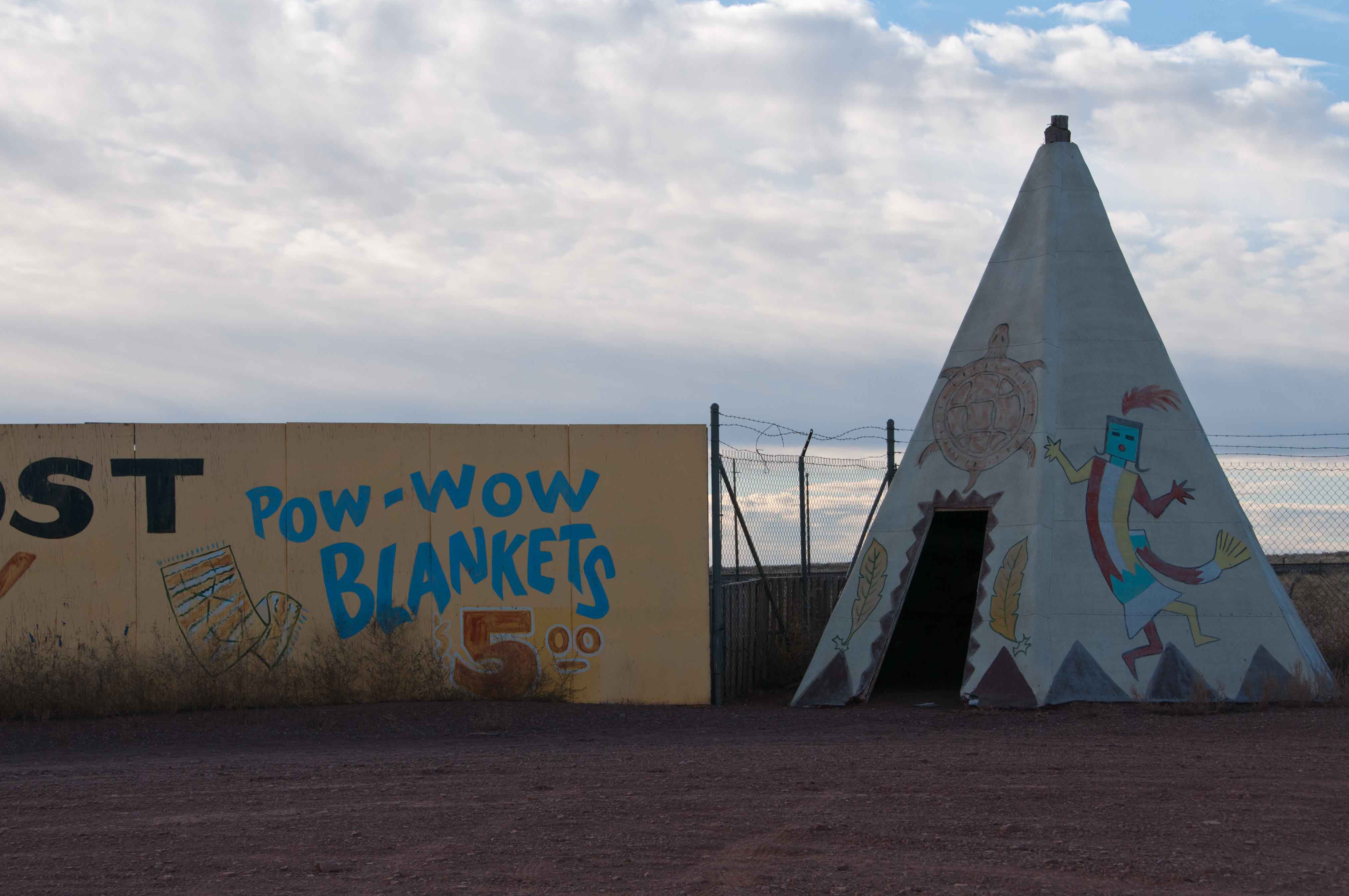 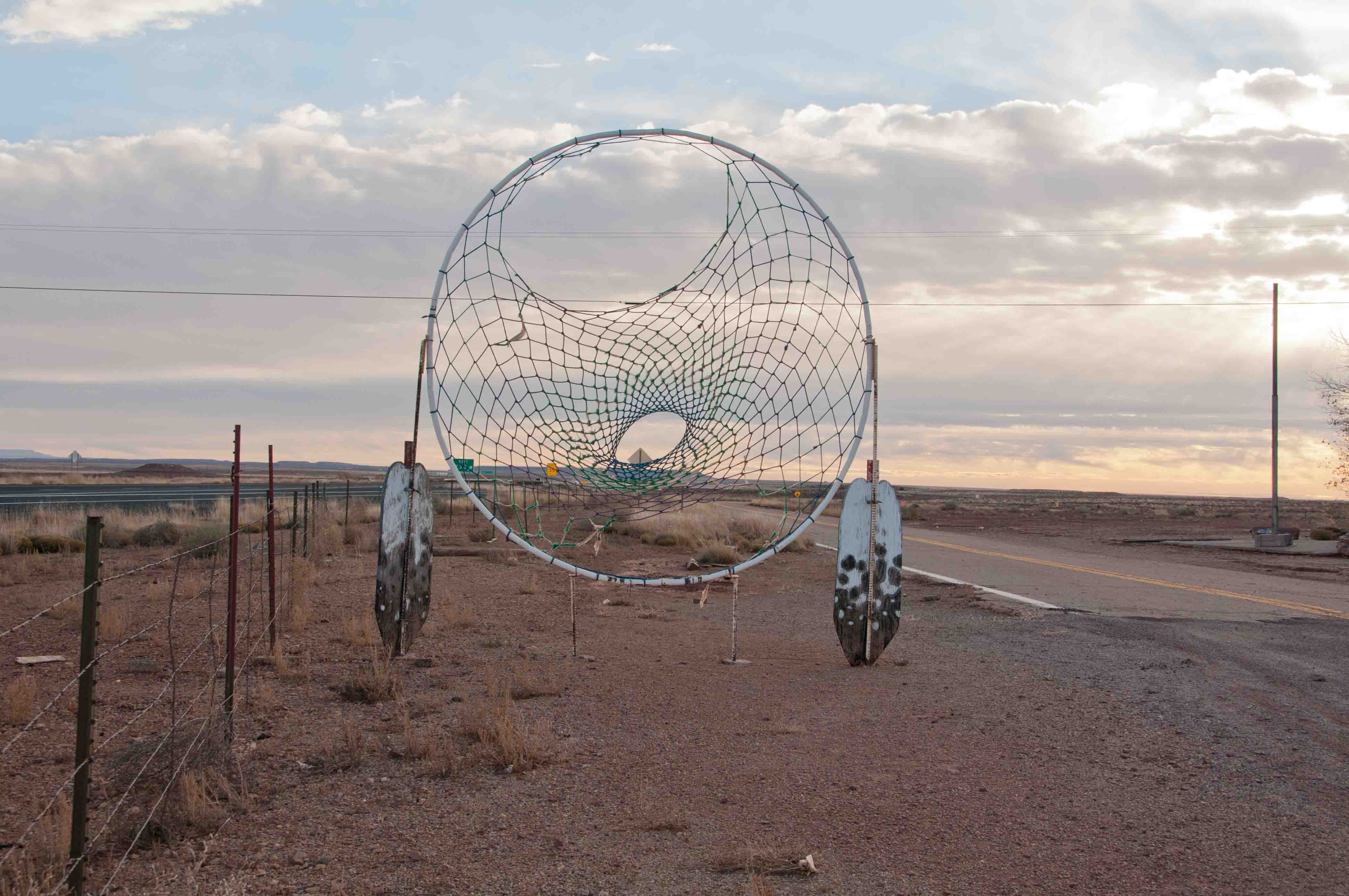