If you're ever at Capitol Reef National Park and have the time you should definitely take the Loop the Fold Tour. It's a 125 mile drive that circumnavigates much of the southern Waterpocket Fold. The tour starts at the Capitol Reef Visitor Center, and I recommend doing it in a clockwise direction. Take UT SR 24 east, then the Notom-Bullfrog Road south along the eastern edge of the Waterpocket Fold, then west on Burr Trail Road across both Capitol Reef NP and Grand Staircase-Escalante NM, then north on Utah Highway 12 (the "All American Road"), then east on UT SR 24 back to Capital Reef Visitor Center. The Capitol Reef Natural History Association publishes the Loop the Fold Road Guide (available at the Visitor Center) that includes numbered stops of interest with the mileage from the Visitor Center for each stop. I have used the same numbers for the stops I made. I made the tour in 6 hours, but it can be done in 4 if you're in a hurry.

The two stops to the right are buildings in the Fruita Historic District not far from the Visitor Center. Both are located along Utah SR 24. 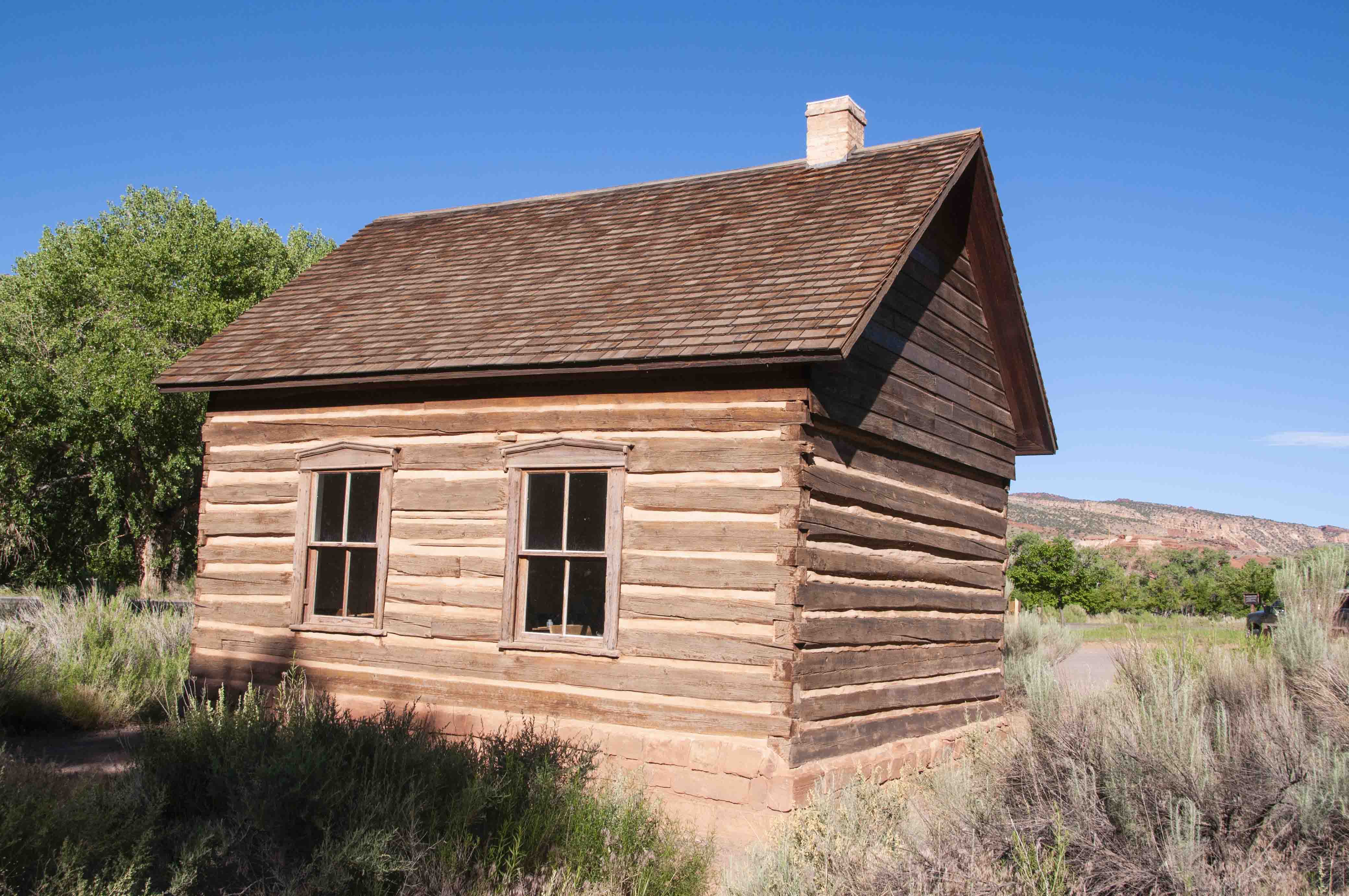 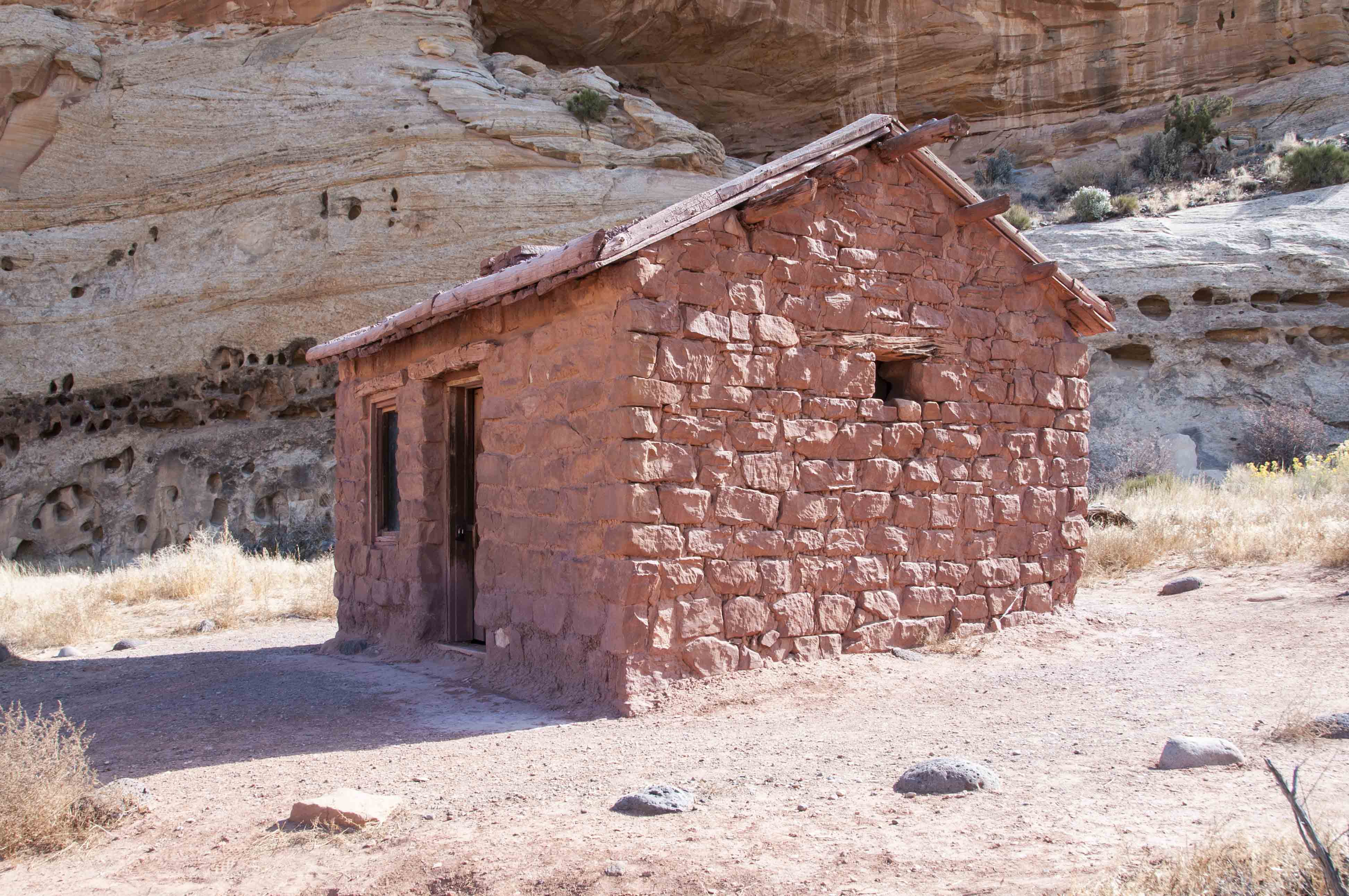 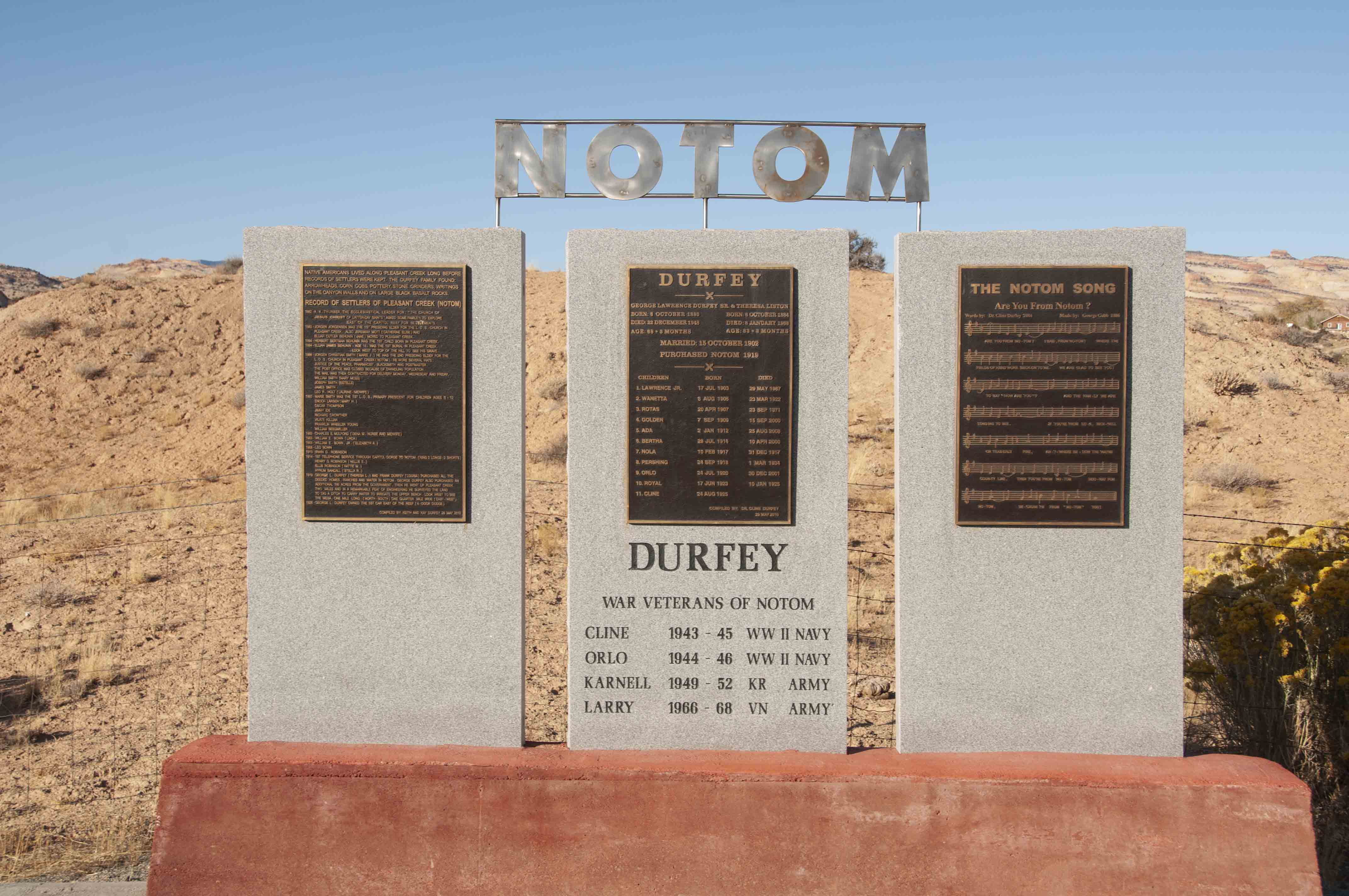 The settlement of Notom is featured at Stop 8, mile 14. The historical marker in the photo on the left provides a brief history of Notom and information about the Durfey family, who purchased Notom in 1919. The picket fence in the right-hand photo marks the grave of one of Elijah Behunin's sons. The Golden Throne can be seen in the distance. 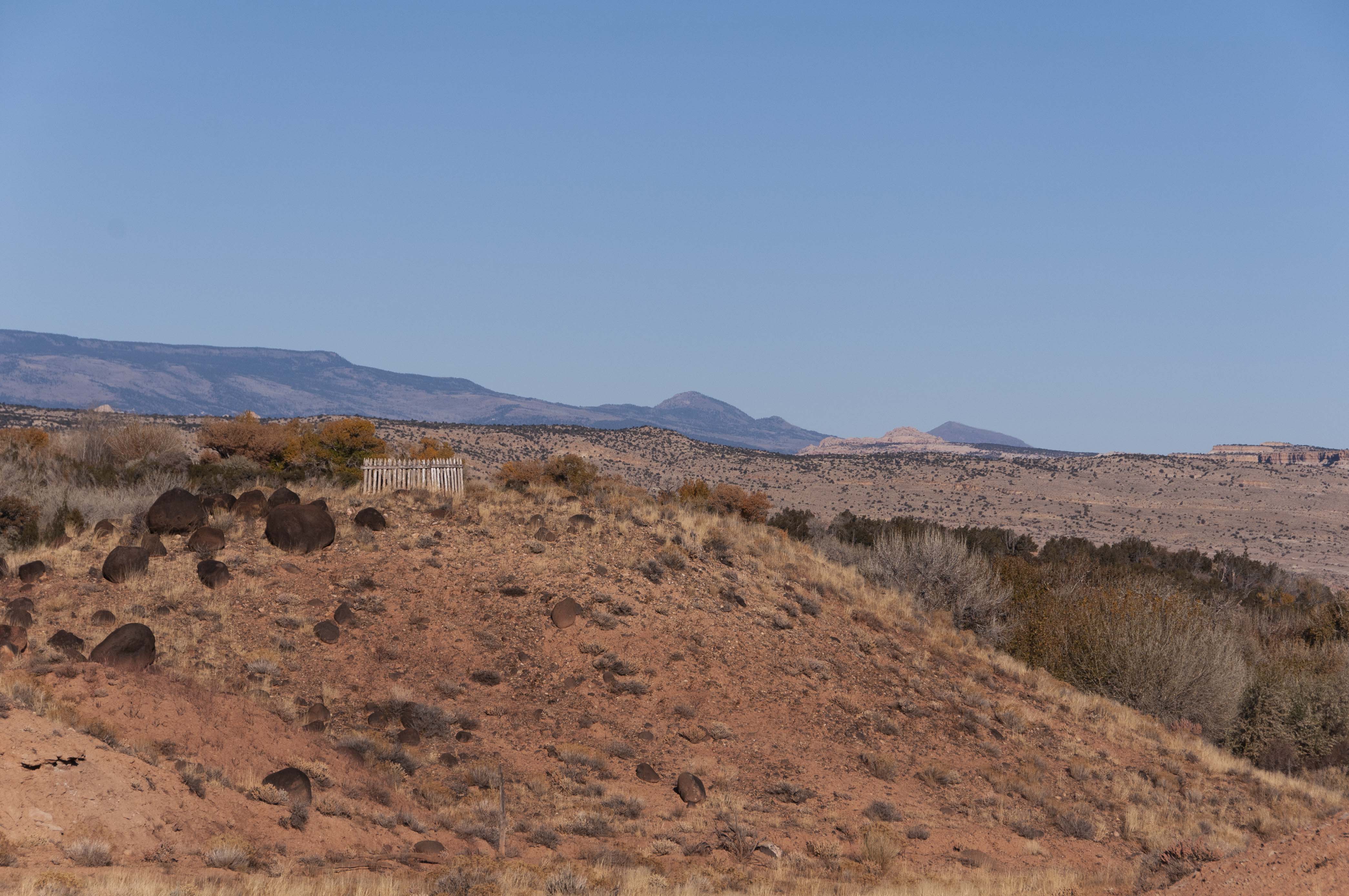 Stop 14, mile 24. The Henry Mountains are to the east and the alfalfa fields of Sandy Ranch are immediately to the west along the road. The Henrys are home to one of only four genetically-pure bison herds left in the U.S. 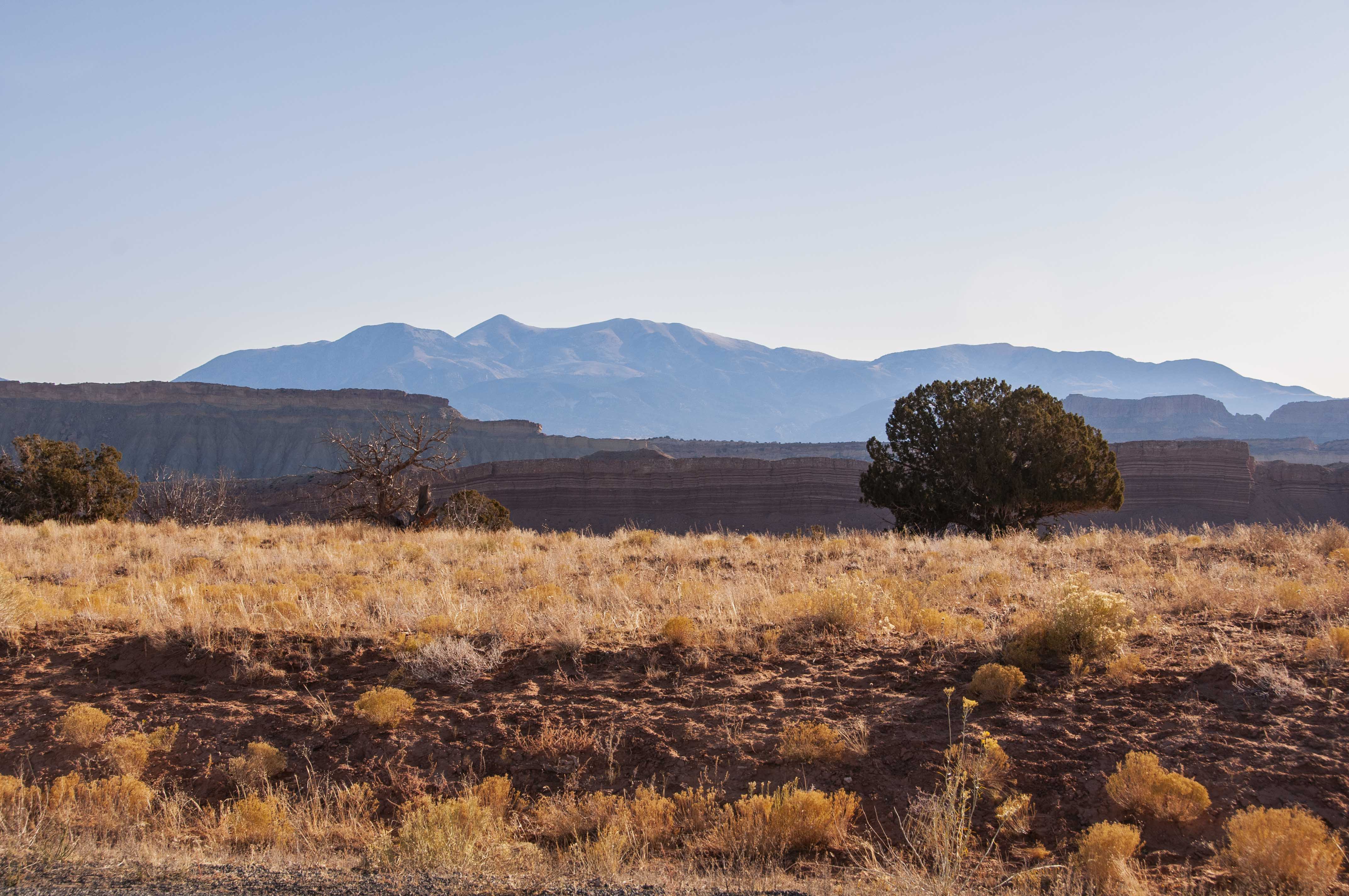 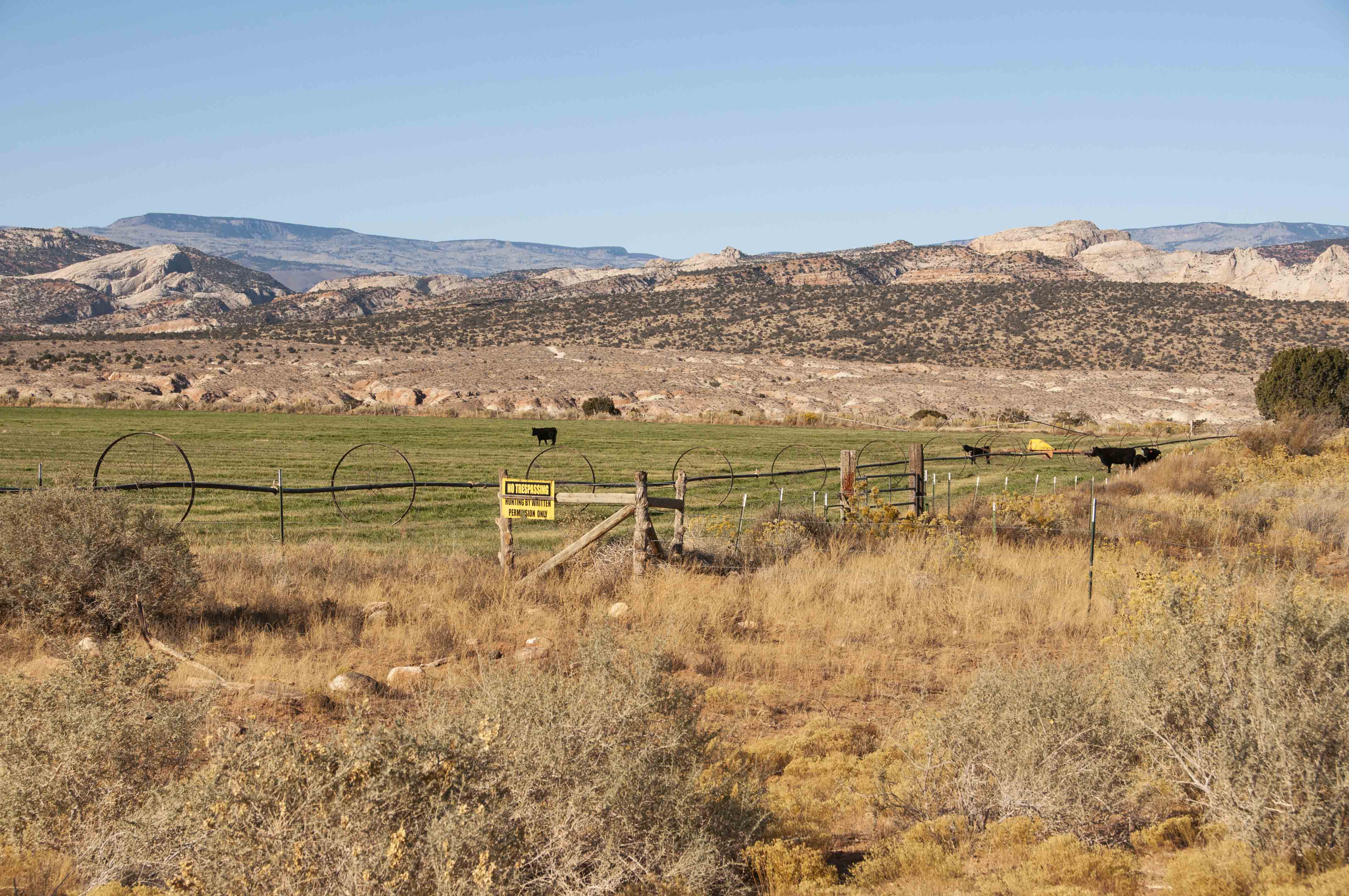 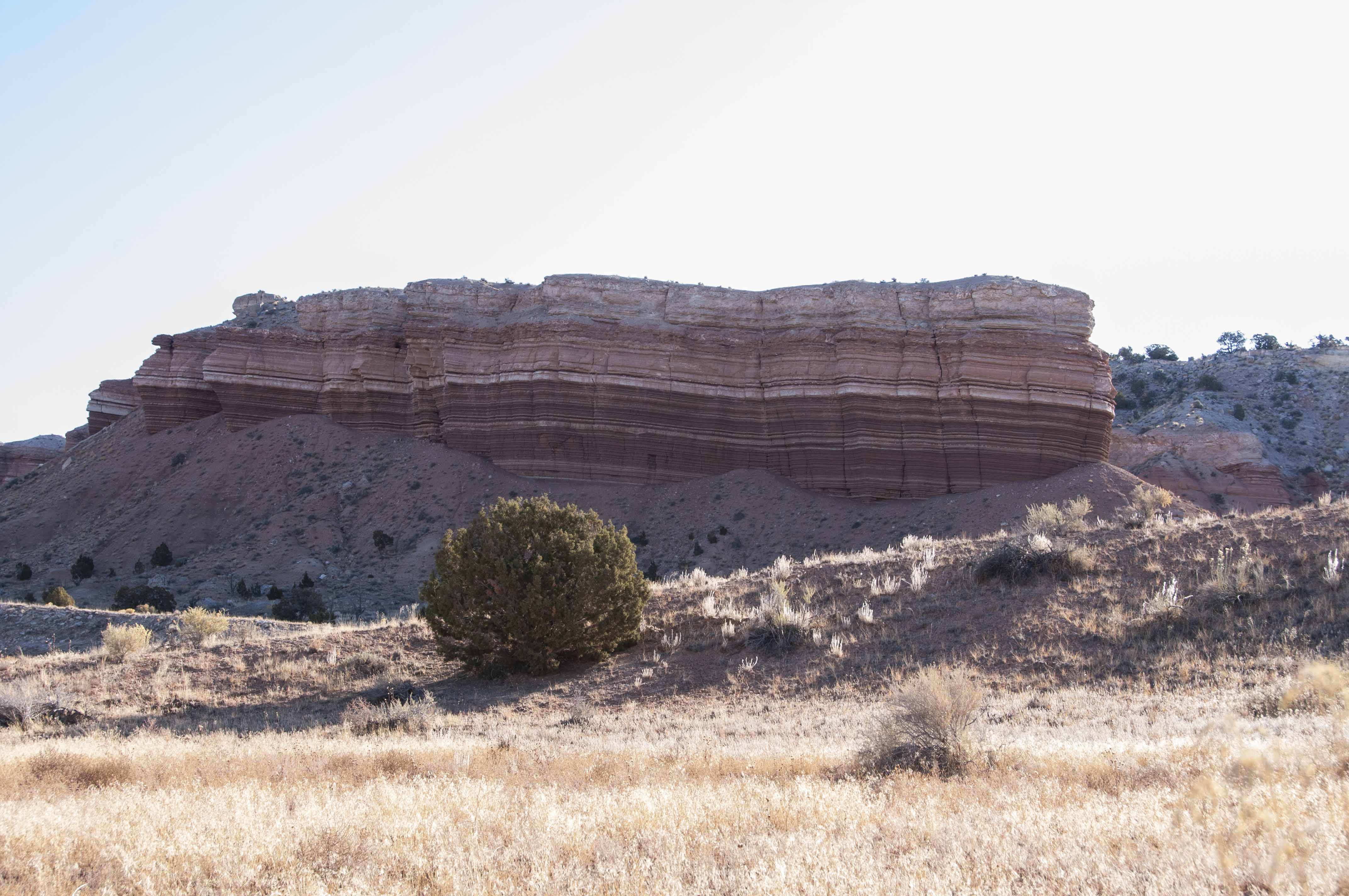 Stop 15, mile 28.1. The Summerville Formation is located to the east. This is a sedimentary rock formation with many narrow bands of mudstone, siltstone, sandstone, and gypsum.

Stop 16, mile 30.6. The turnoff for Cedar Mesa Campground is located at this stop. This is a primitive campground with five sites that have picnic tables at fire rings. There is a vault toilet. No water or trash cans, so bring water and pack out your trash. Bring your telescope too, because there is no light pollution at Cedar Mesa. Red Canyon Trail leaves from the campground. 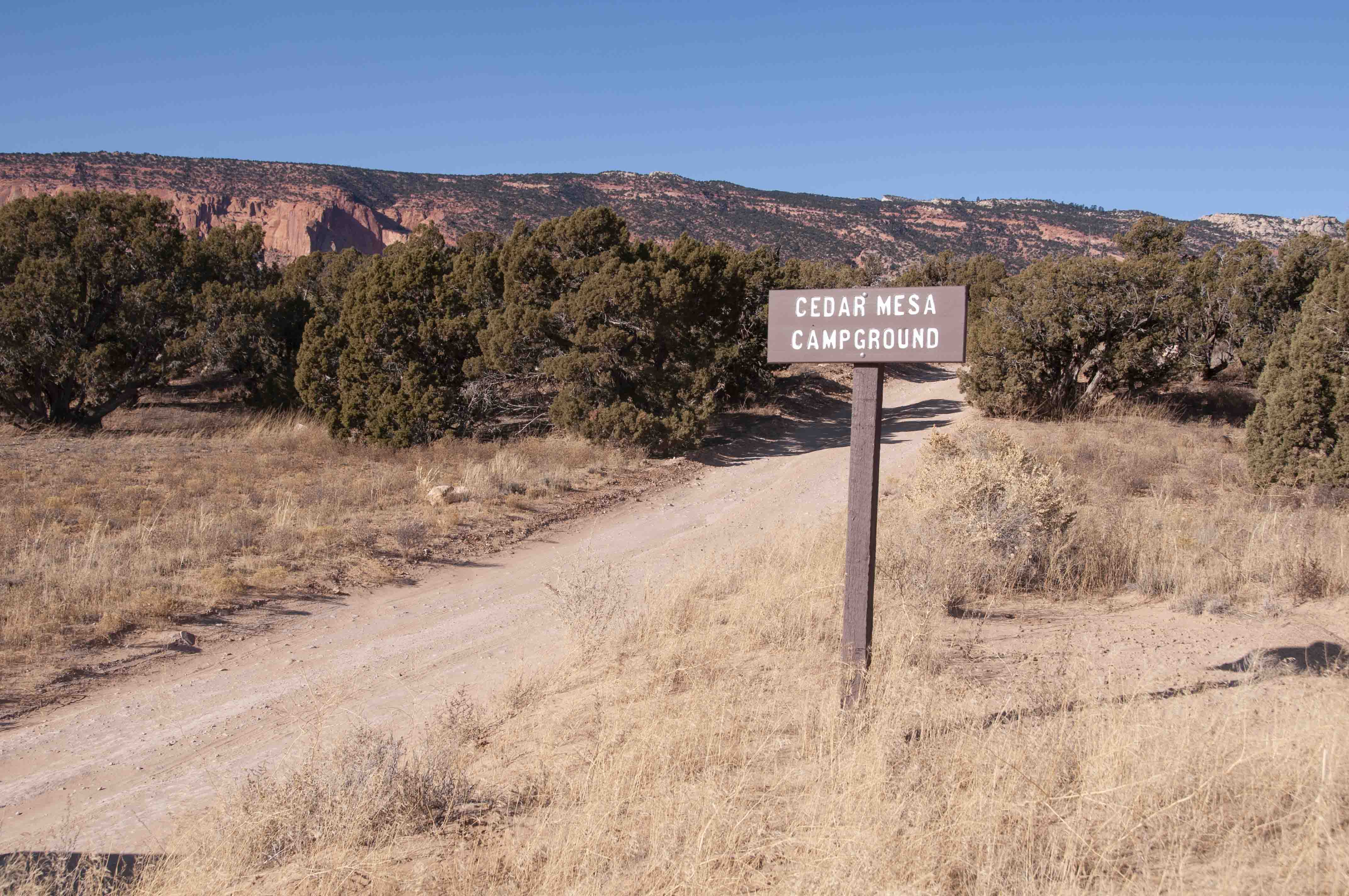 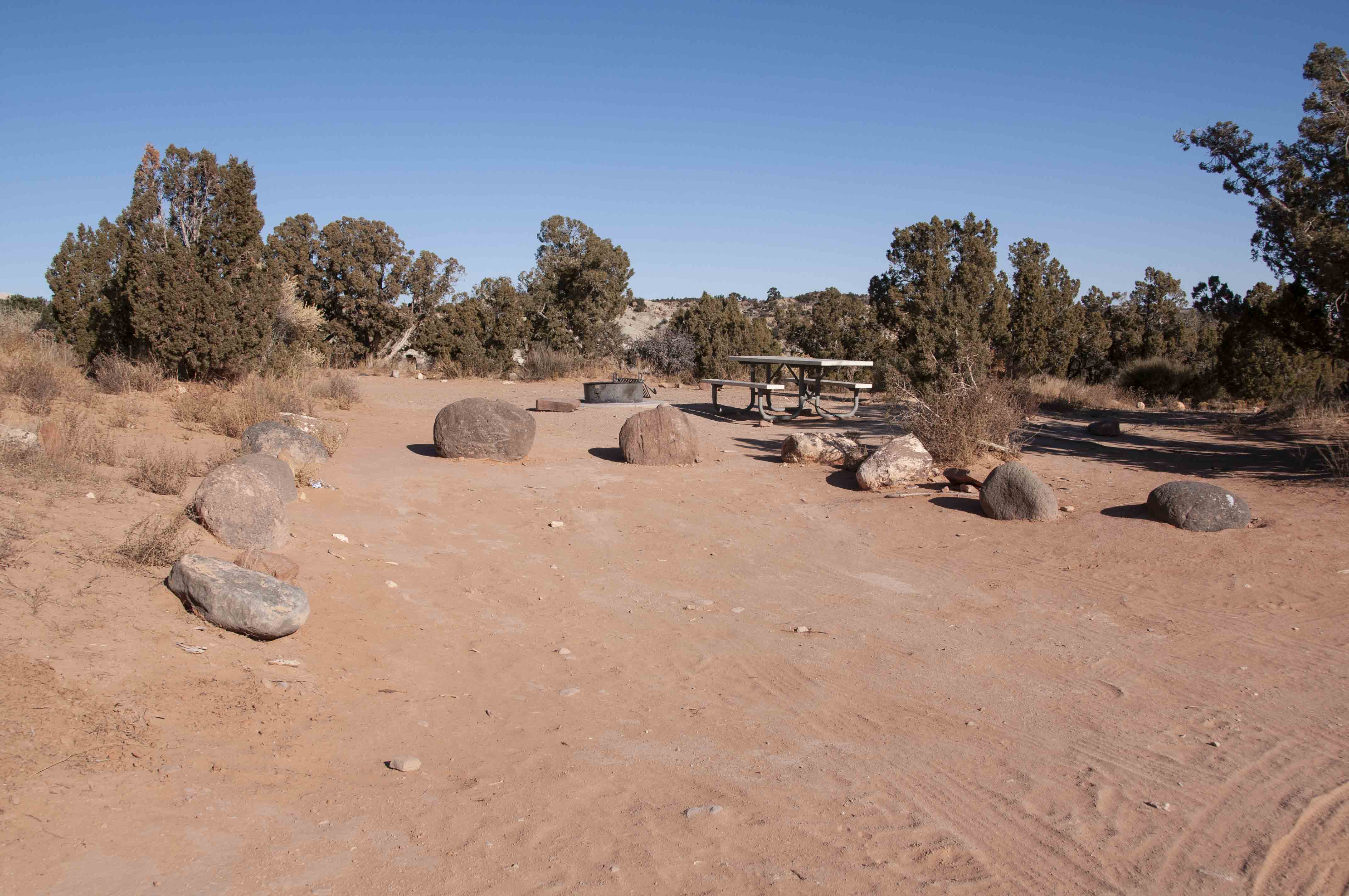 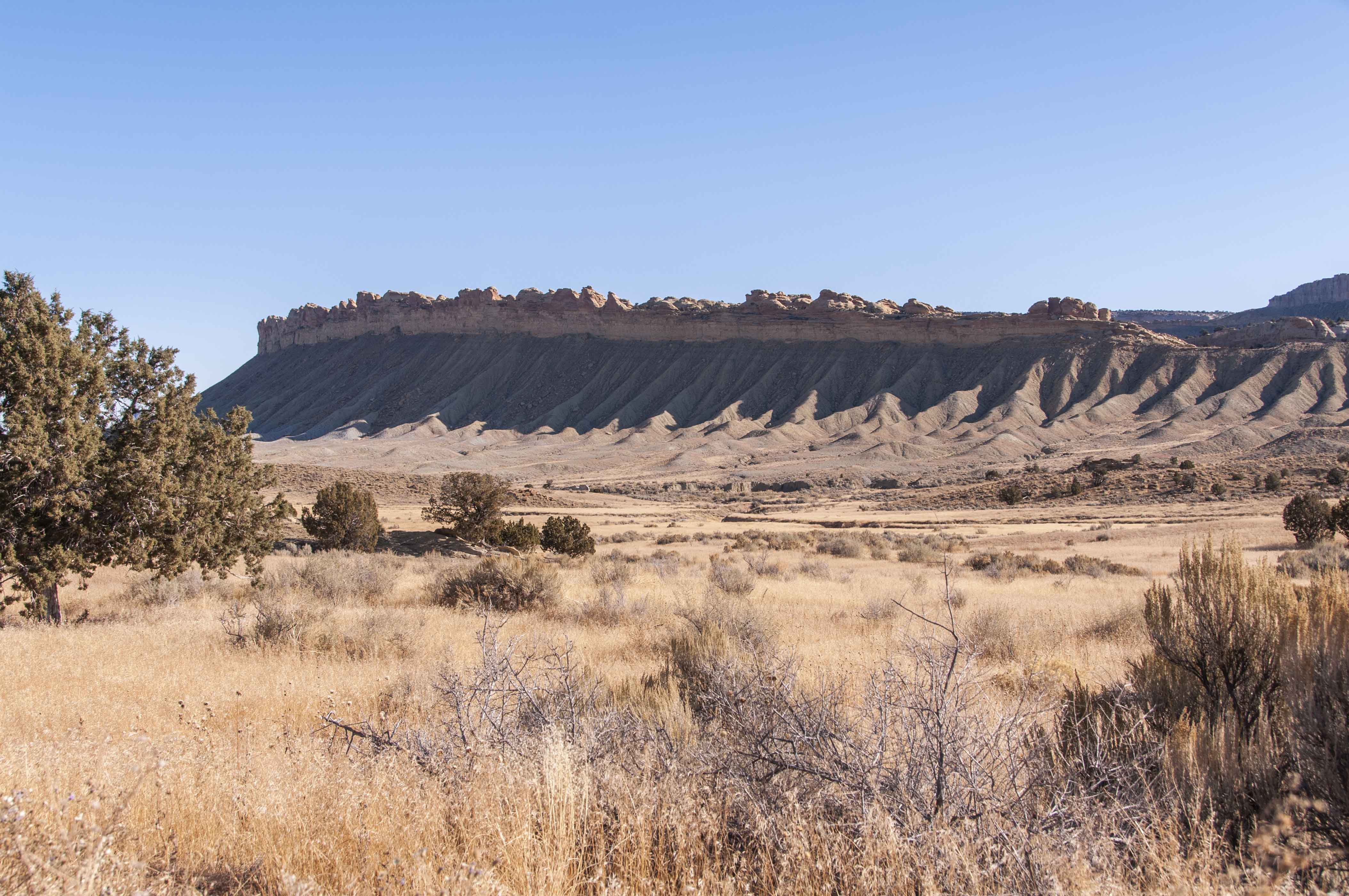 Stop 17, mile 32.3. Oyster Shell Reef runs parallel to the east side of the road at this stop. This ridge is an outcrop of 95 million year old Dakota Sandstone. 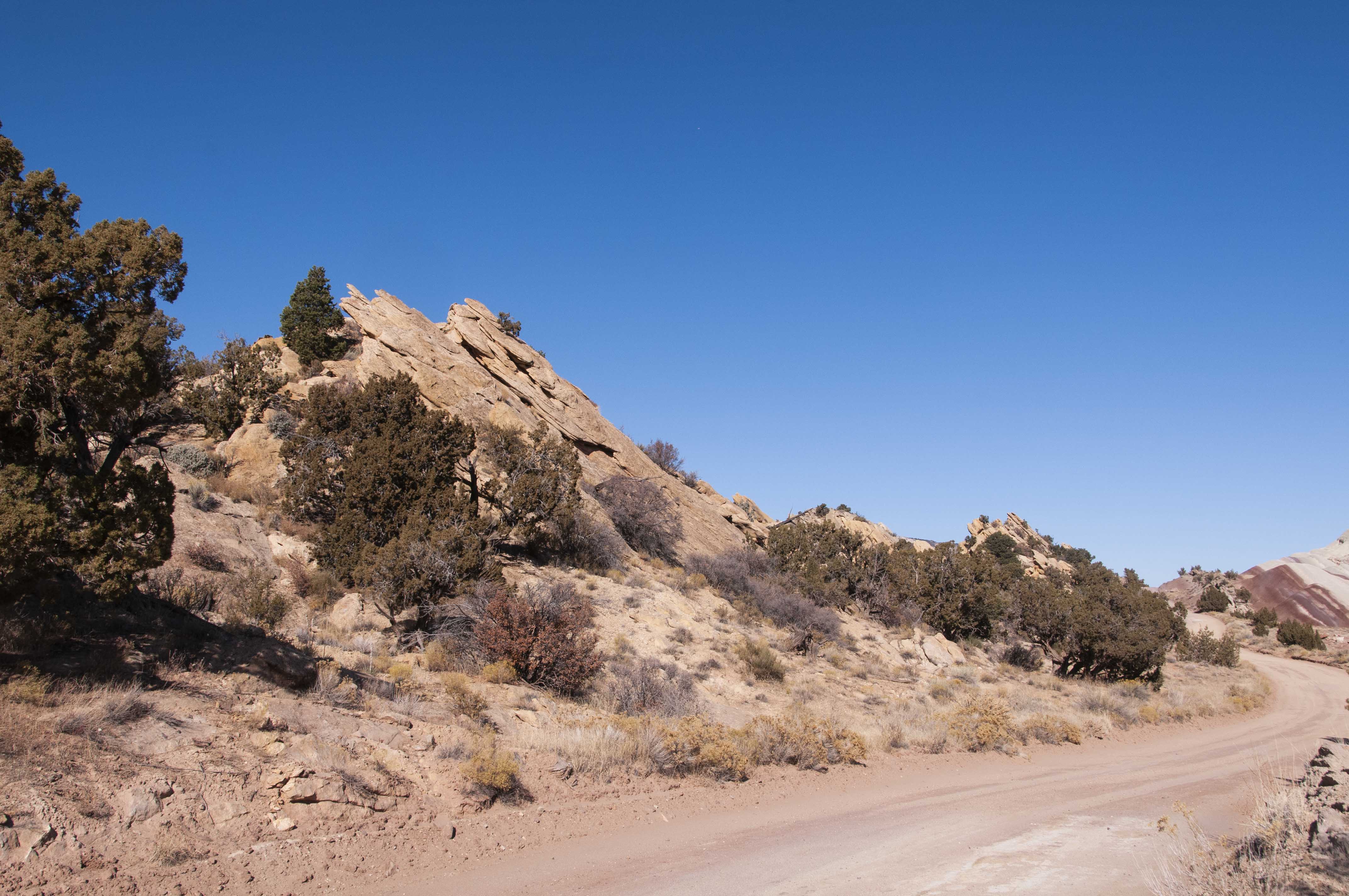 Stop 18, mile 39.0-39.6. At this point the road passes between two layers of the 150 million year old Morrison Formation. The Salt Wash Layer of tan sandstone is on the west side (left photo) and the multi-colored claystone hills of the Brushy Basin Layer are on the east side (right photo). The layers of the Waterpocket Fold are the most steeply tilted in this part of the park. 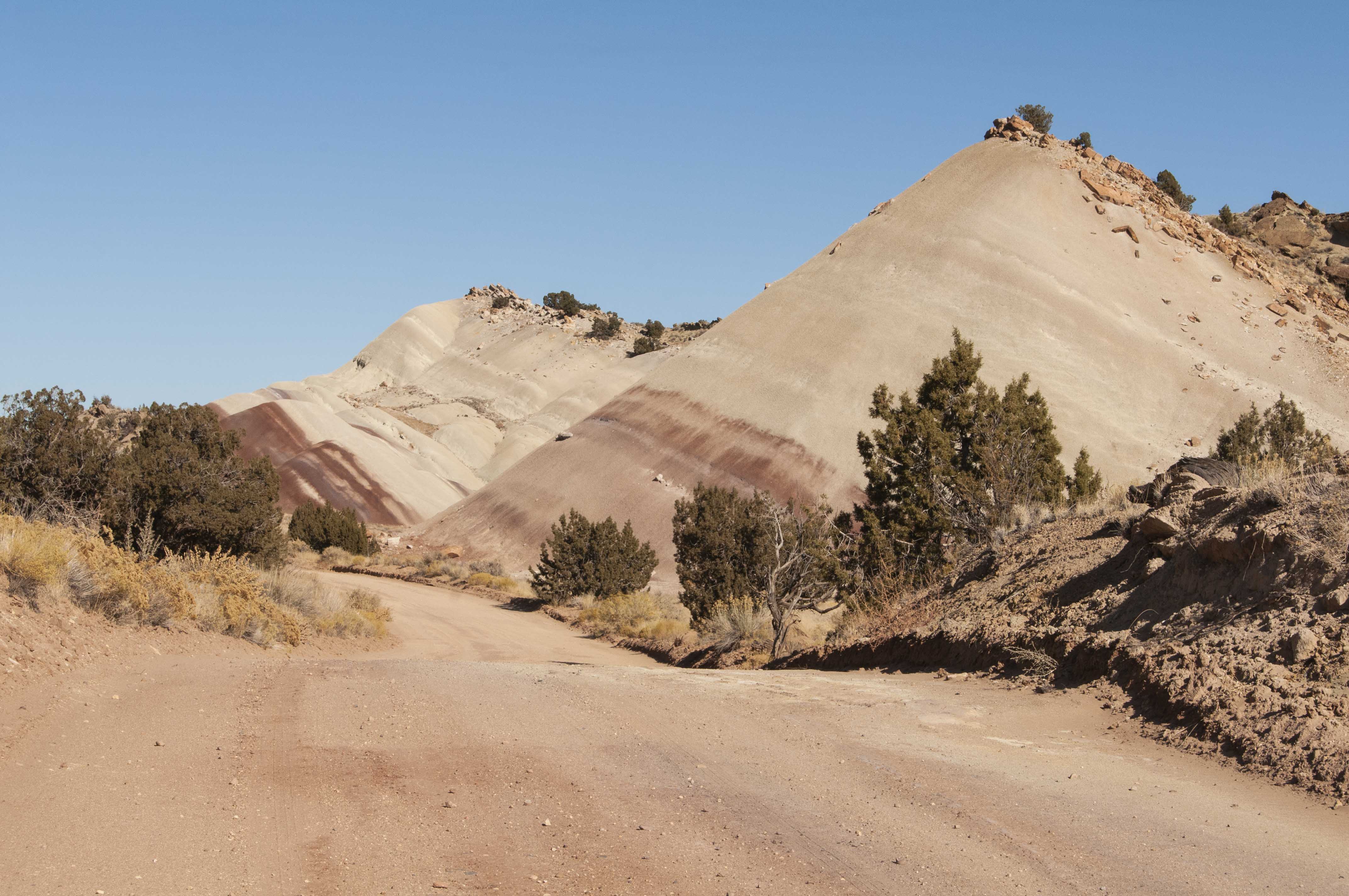 Stop 19, mile 39.8. This stop provides a good view of the steeply-tilted eastern face of the Waterpocket Fold. There is a sharp delineation between the red Carmel Layer and the white Navajo sandsone. 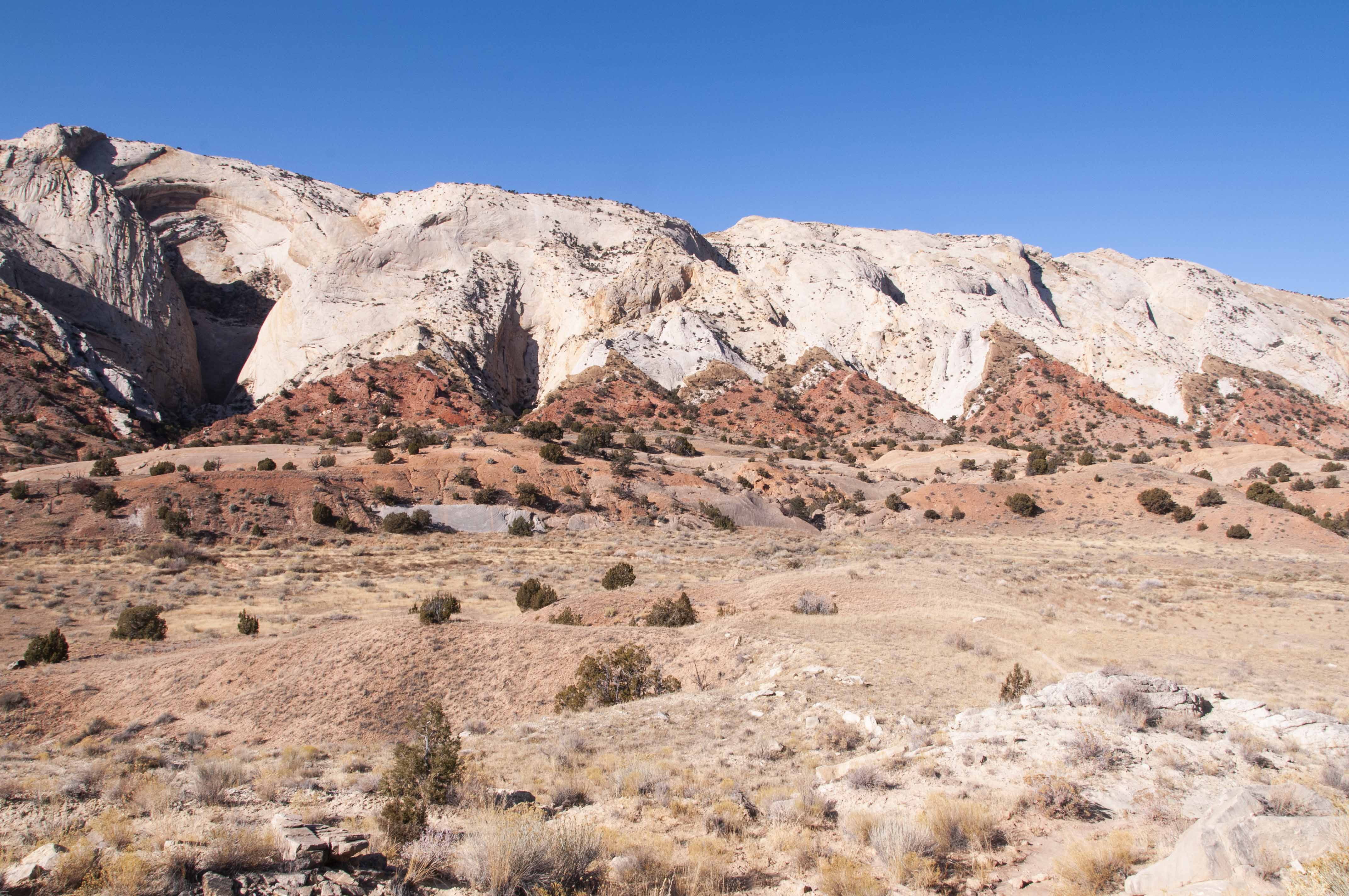 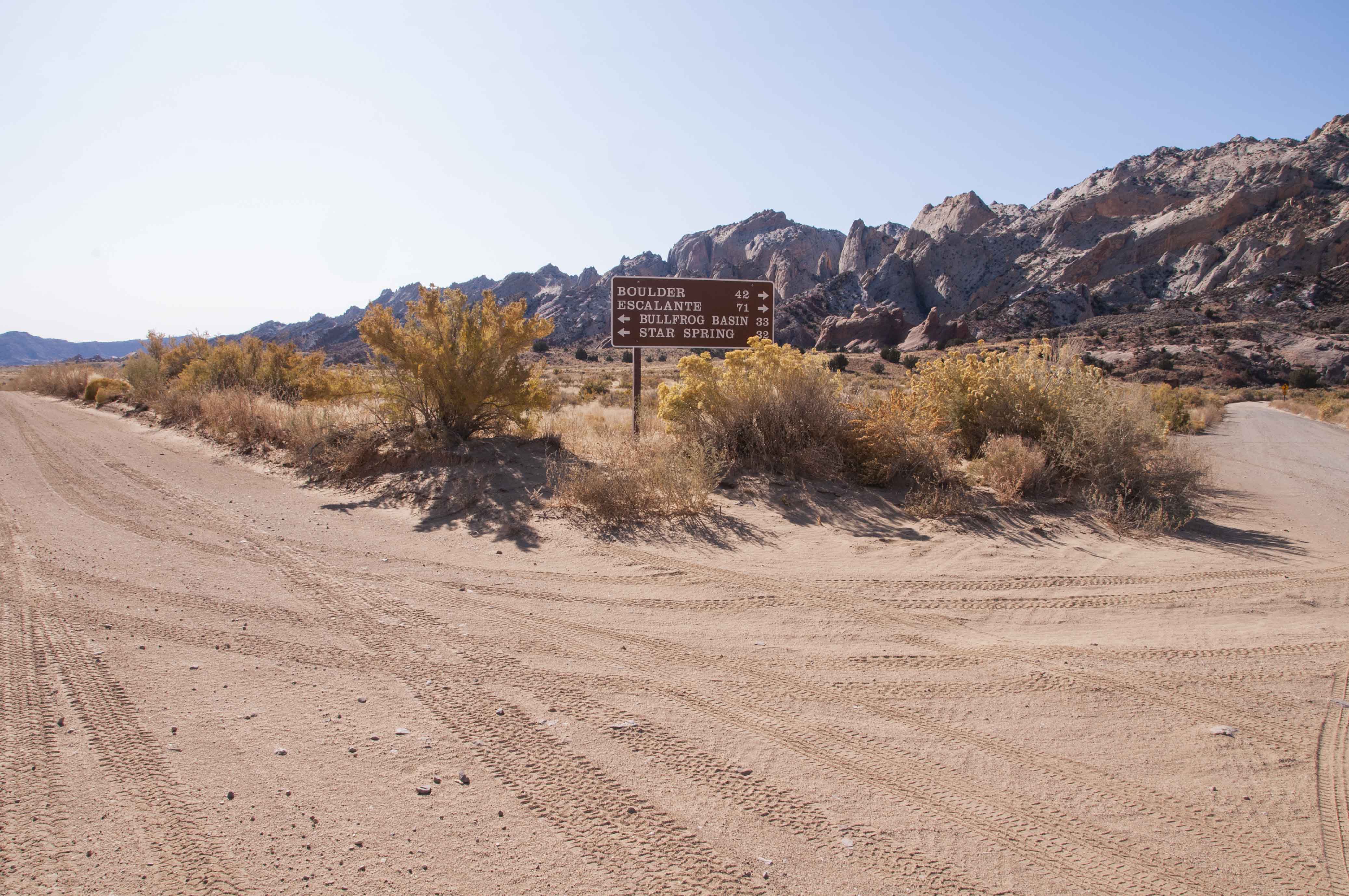 Stop 20, mile 42.1. The Notam-Bullfrog and Bur Trail Roads intersect at this point. Take the fork to the right onto Burr Trail Road to continue the Loop-the-Fold tour.

Stop 22, mile 42.9. The Burr Trail switchbacks are part of a rough trail built by John Atlantic Burr to move his cattle between summer and winter grazing ranges. The switchbacks were graded for vehicles during the Cold War uranium boom. 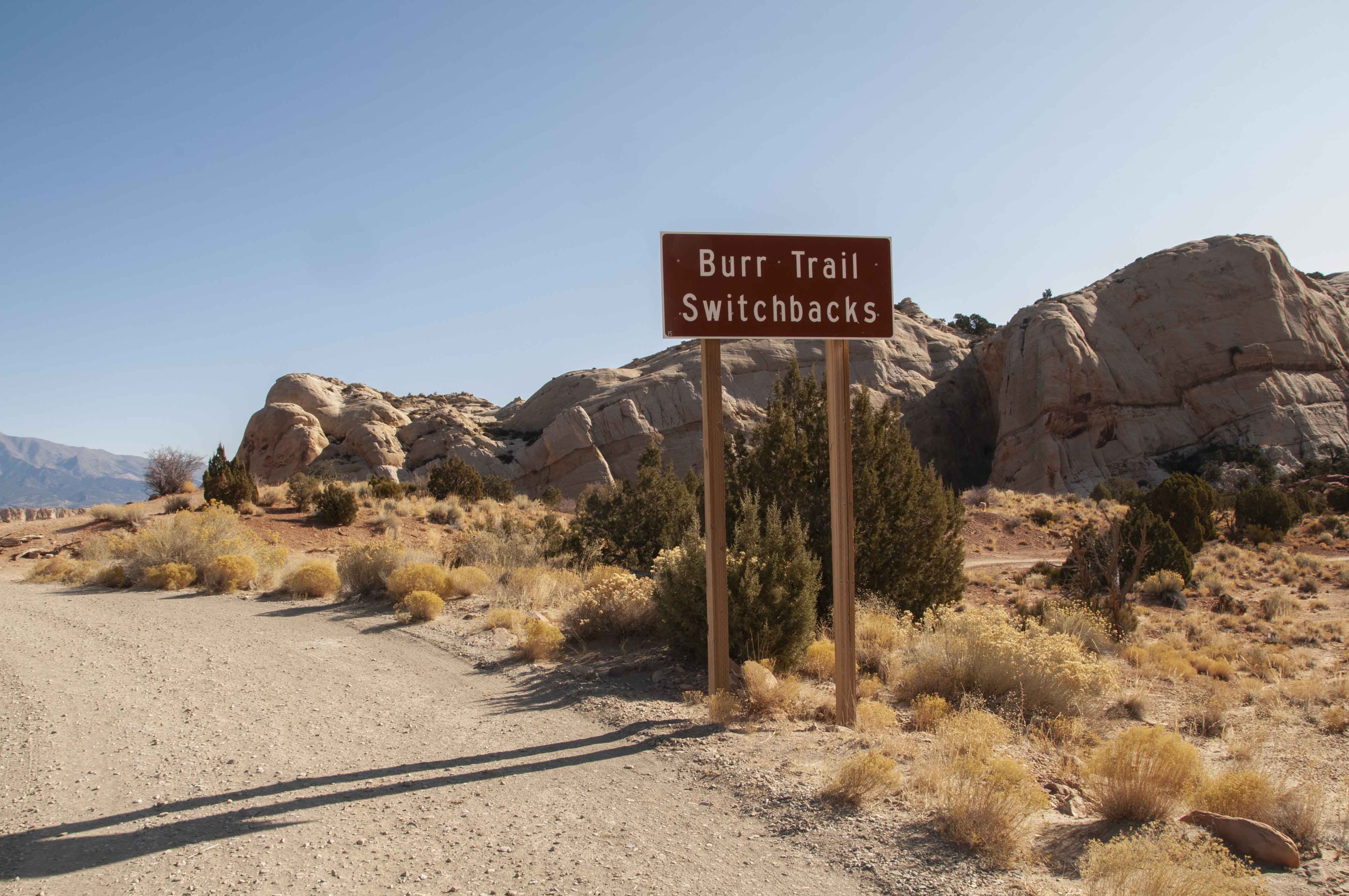 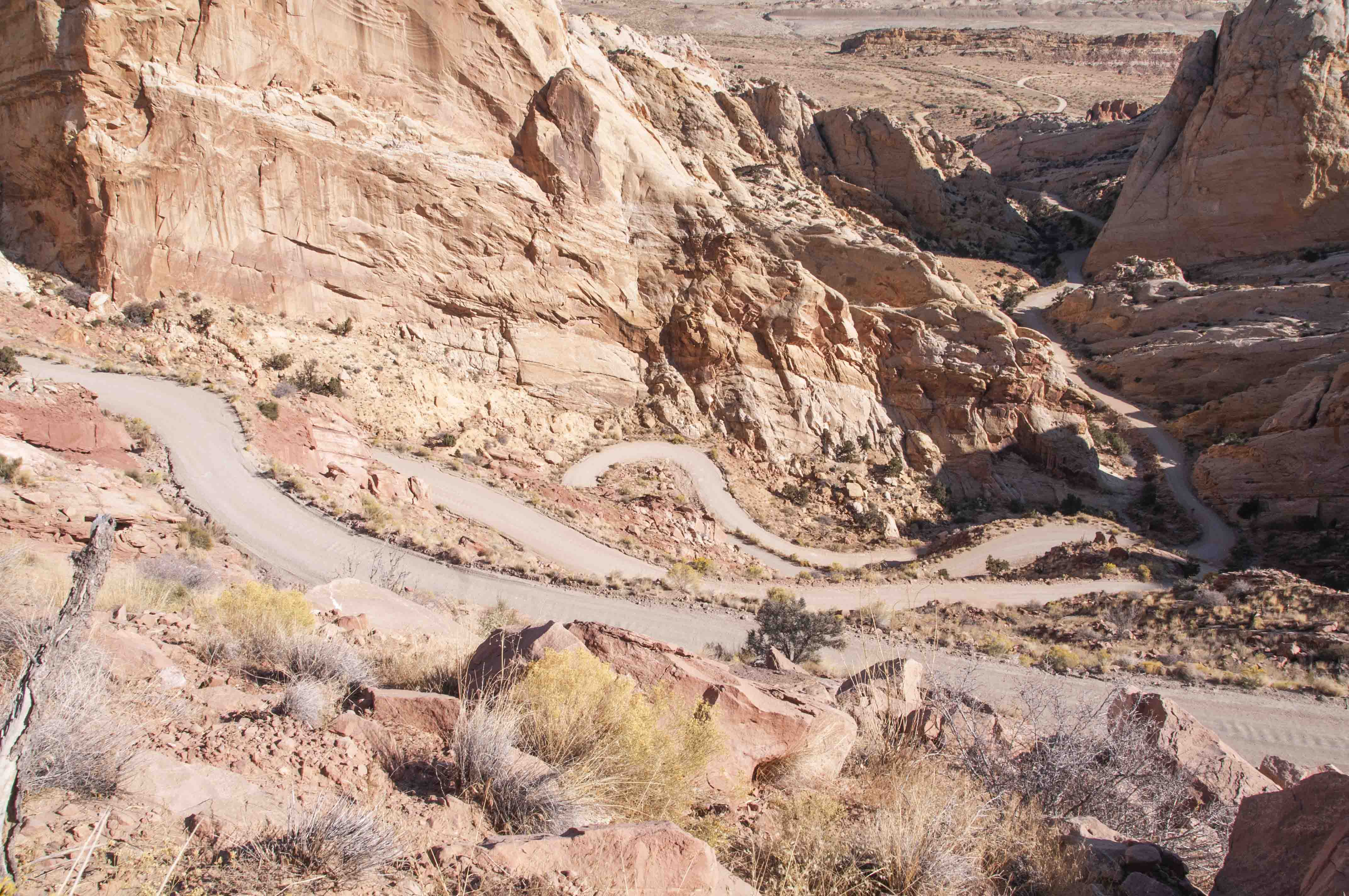 Burr Trail Road crosses into Grand Staircase-Escalante National Monument at mile 47.5 where it turns to pavement.
Stop 25, mile 61.6 There is a generous pullout at this stop which marks the upper end of Long Canyon. The panoramic view from here includes the multi-colored hills of the Chinle Formation, the Circle Cliffs, and the Henry Mountains. We had lunch at this stop - very picturesque. The Burr Trail Road continues through Long Canyon for 6 miles after this stop. 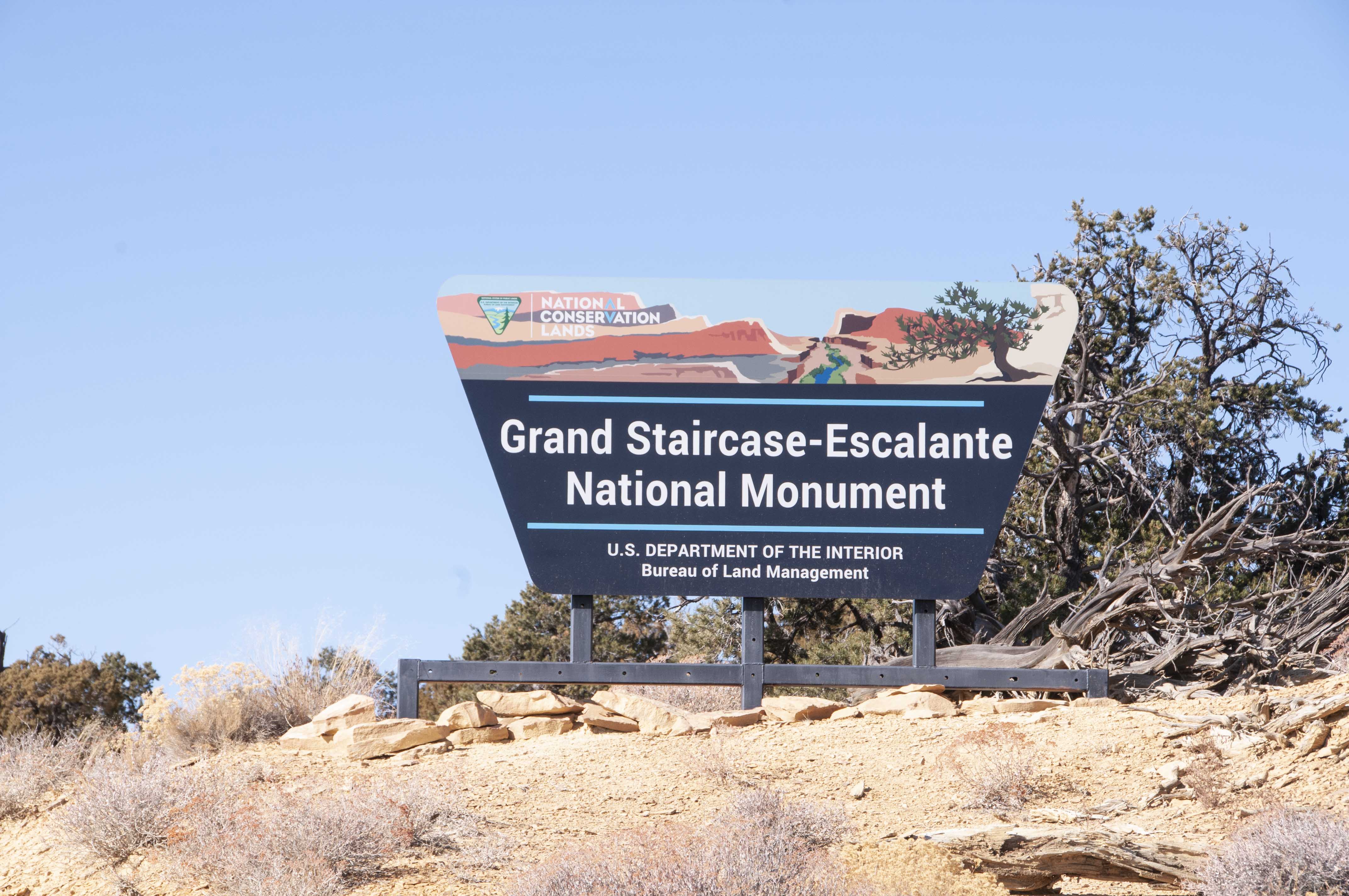 Stop 26, mile 66.9. A short path leads into a deep vertical crevice in the Wingate Sandstone cliff of Long Canyon. 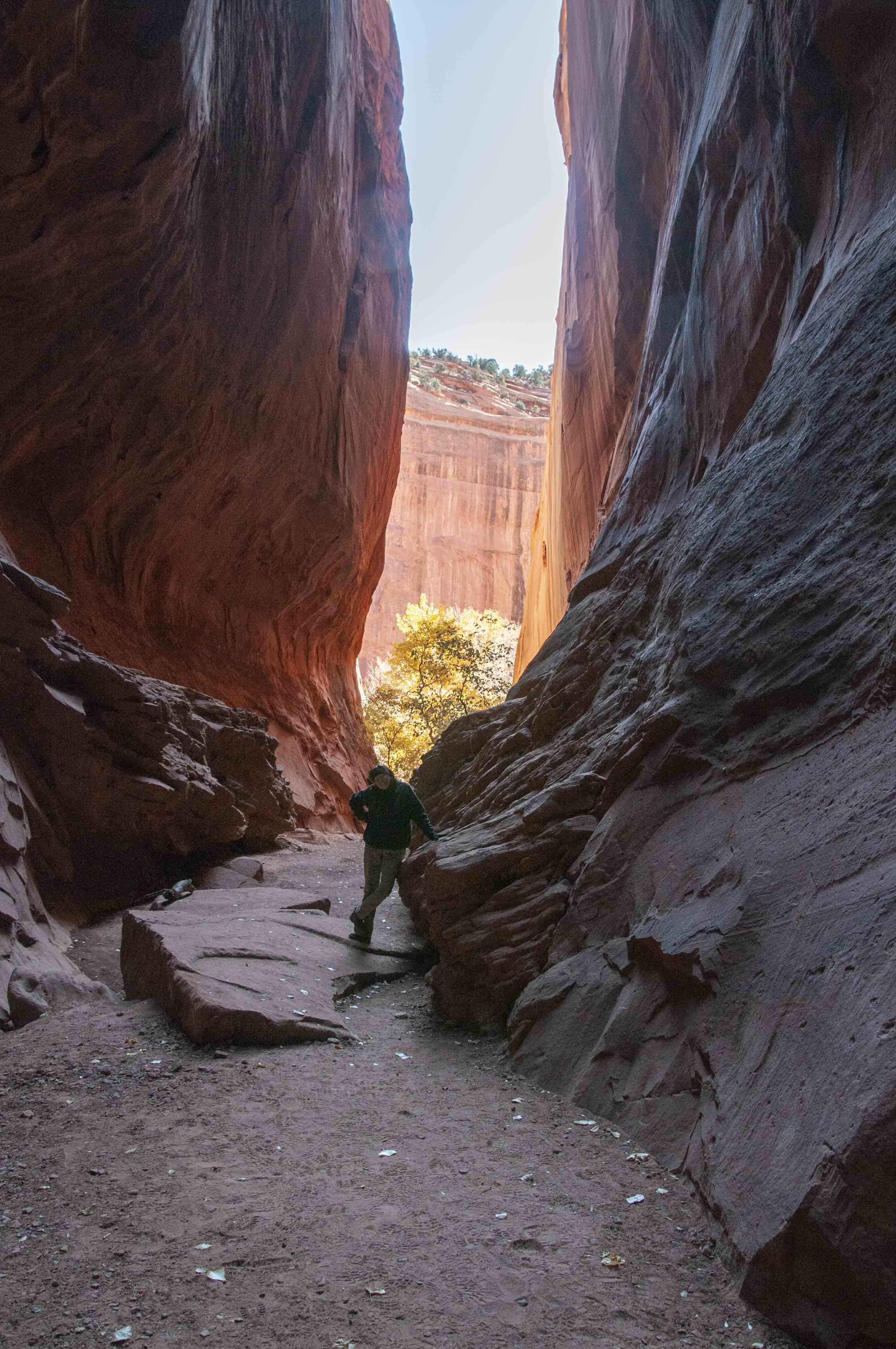 Crevice in the cliff 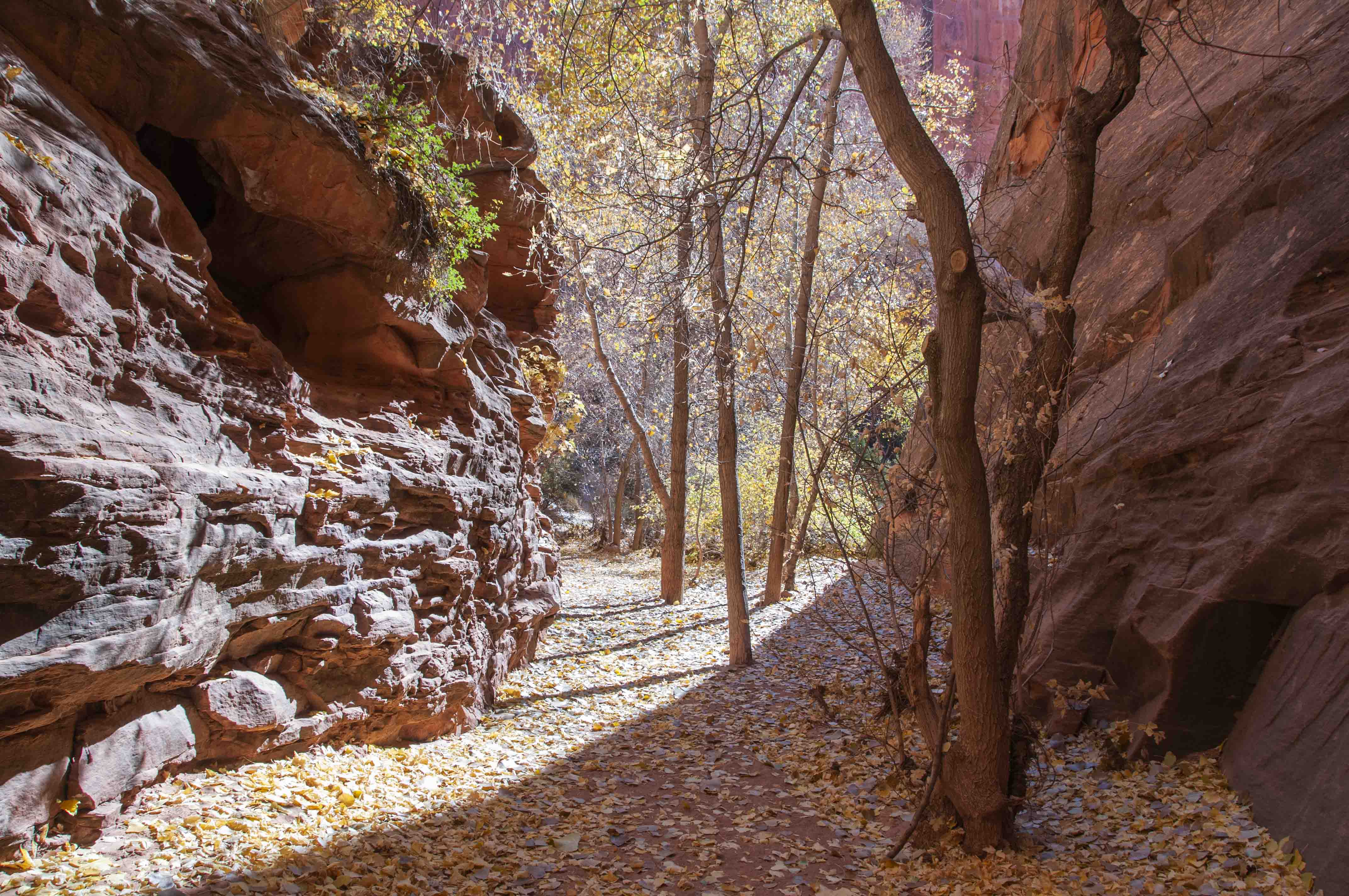 Box elders at the entrance to the cliff crevice 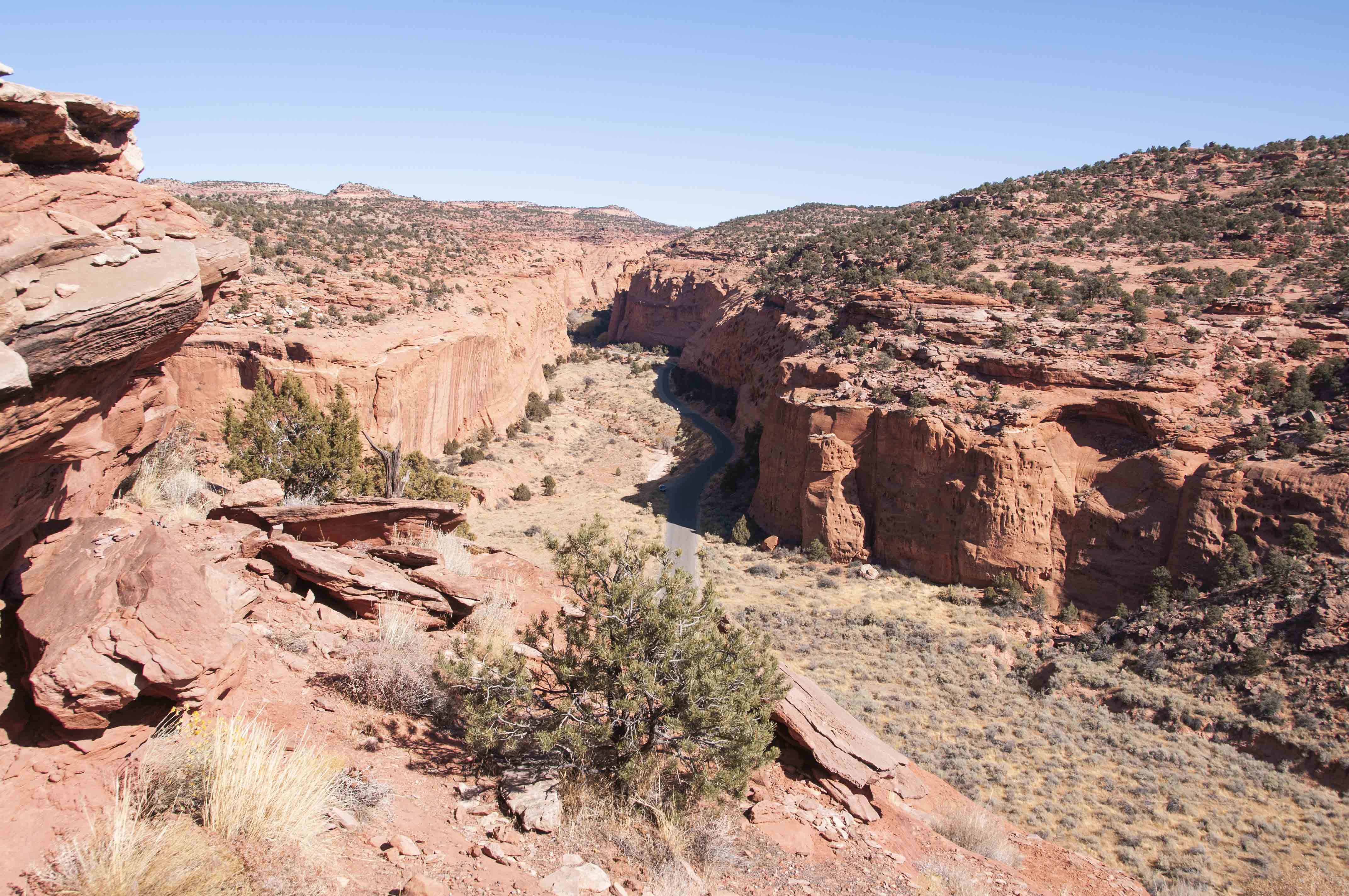 Stop 28, mile 68.7. After a steep climb, a small pullout on the east side of Burr Trail Road offers a good view of Long Canyon.

Stop 29, mile 76.5. At this stop Burr Trail Road passes expanses of fractured Navajo Sandstone dotted with rounded boulders of black lava. The boulders were originally fragments of 25 million year old lava flows ground down by glacial action an subsequent floods that deposited them in the floodplains. 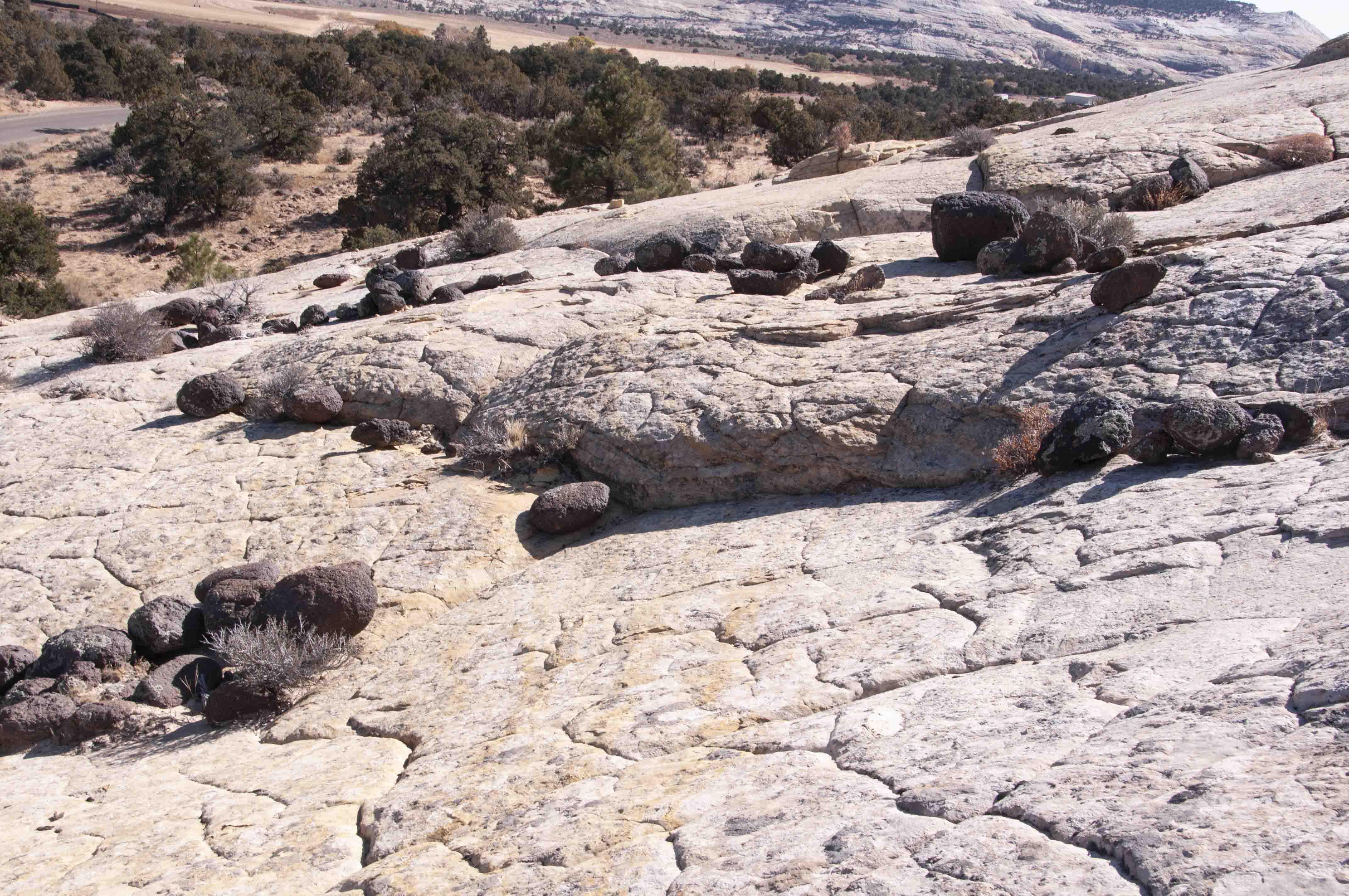 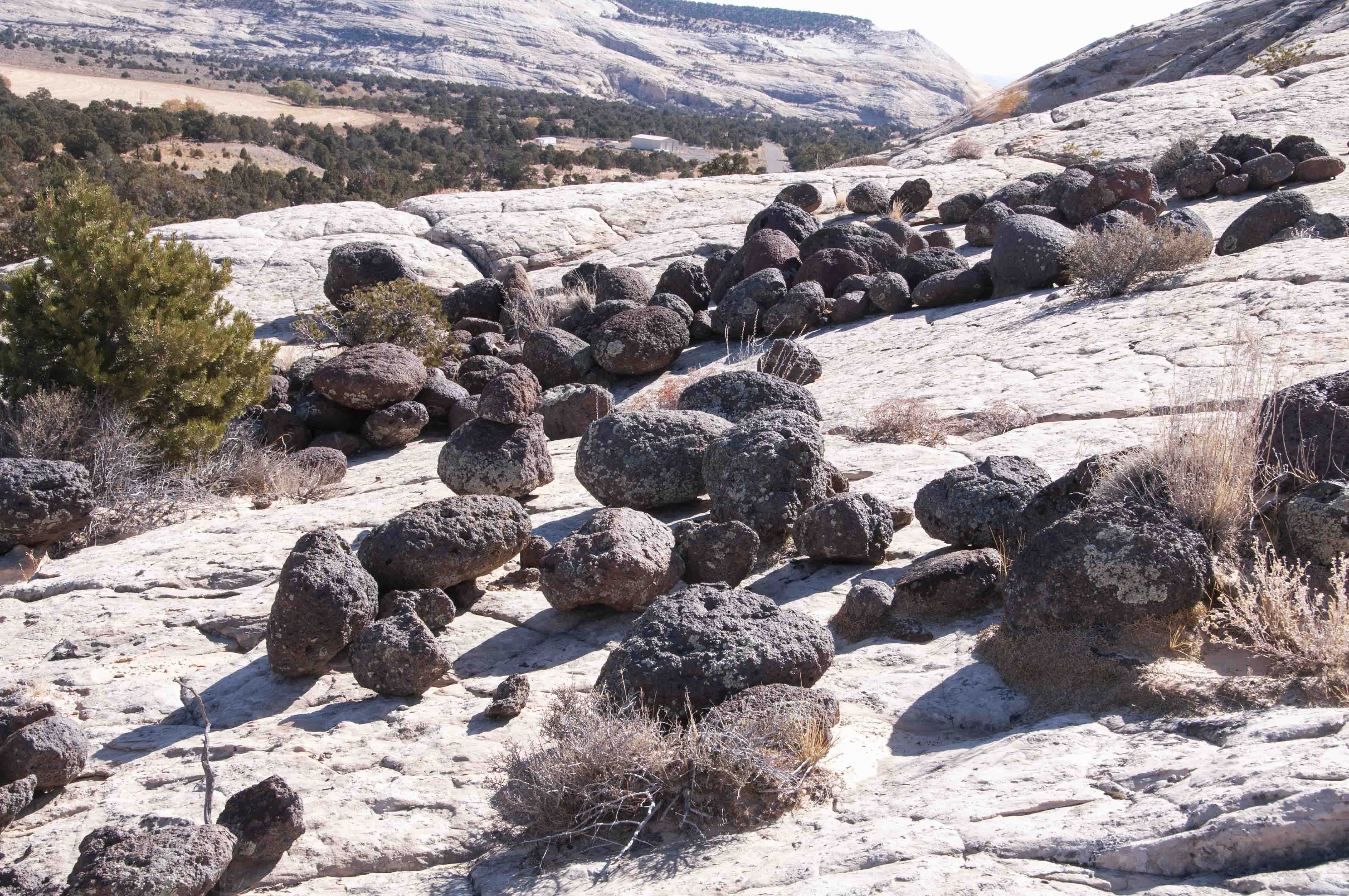 Burr Trail Road ends in the town of Boulder at the intersection with Utah Highway 12 (Stop 30, mile 78.6). UT Hwy 12 is a scenic byway dubbed "The All American Road", and it is scenic. Turn right (north) onto UT 12 and continue a little ways to Stop 31 at mile 79.3. This is Anasazi State Park. The park contains a partially excavated Ancestral Puebloan village called the Coombs Site, a room block replica, visitor center, and museum. 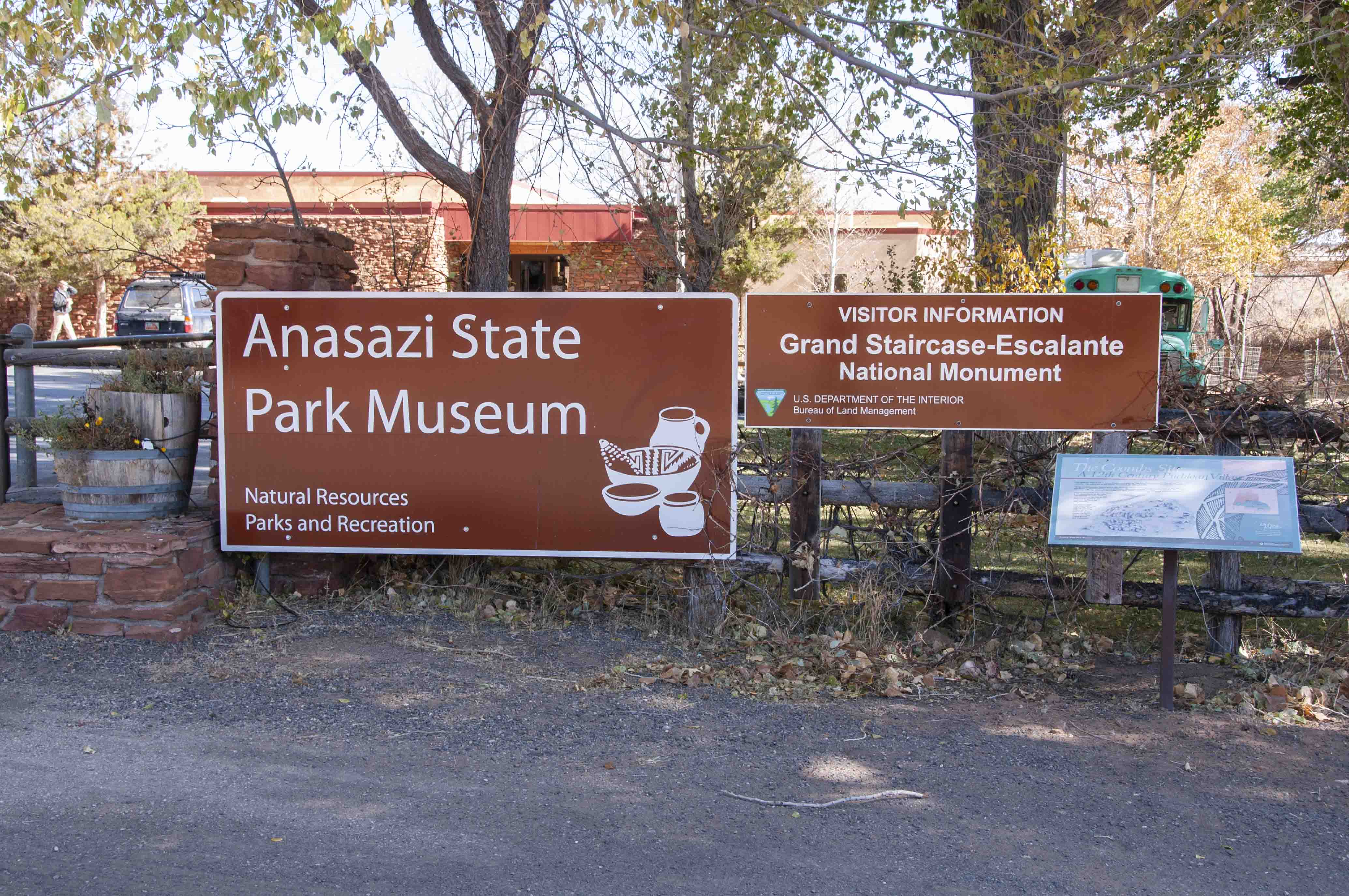 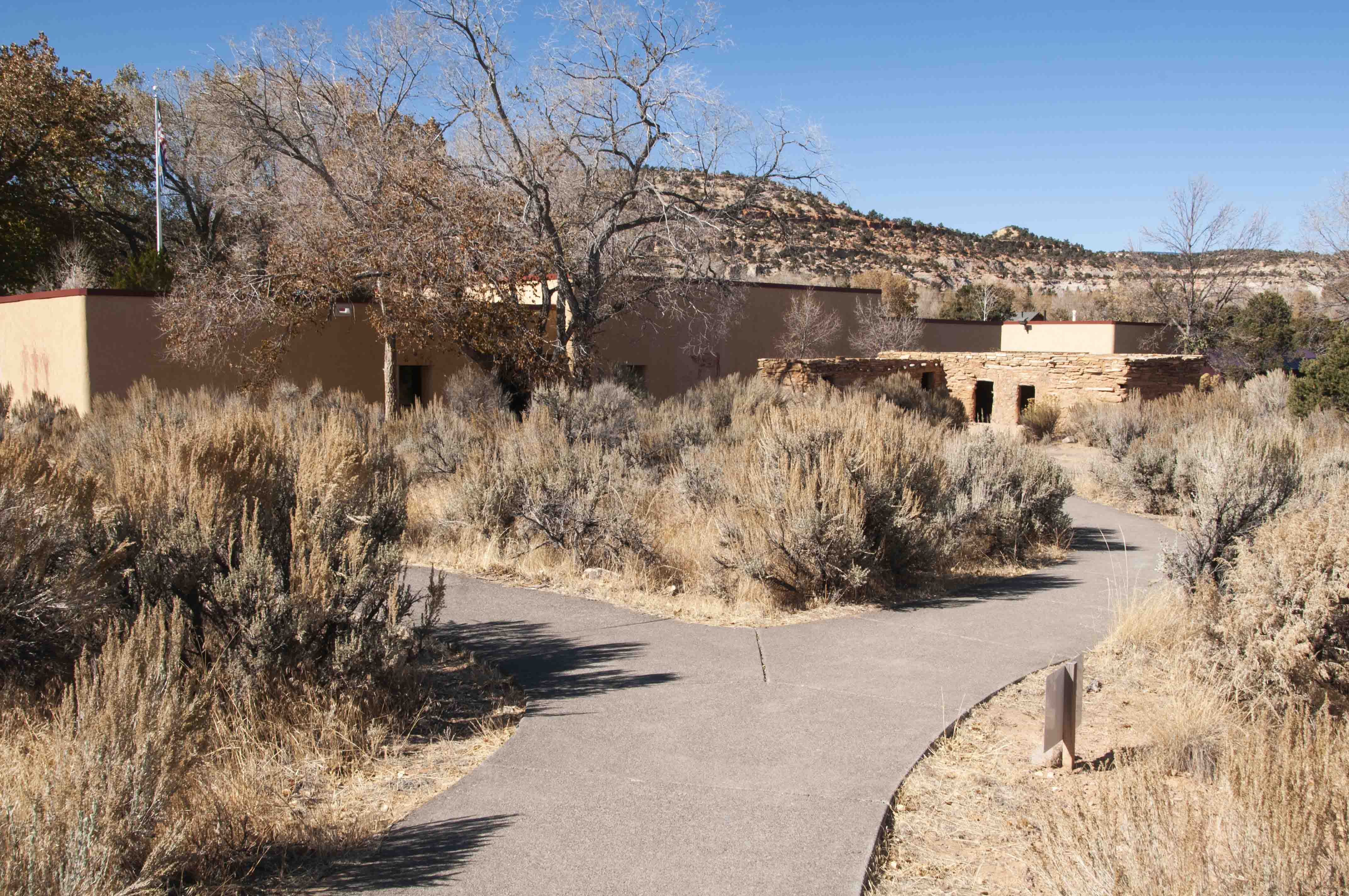 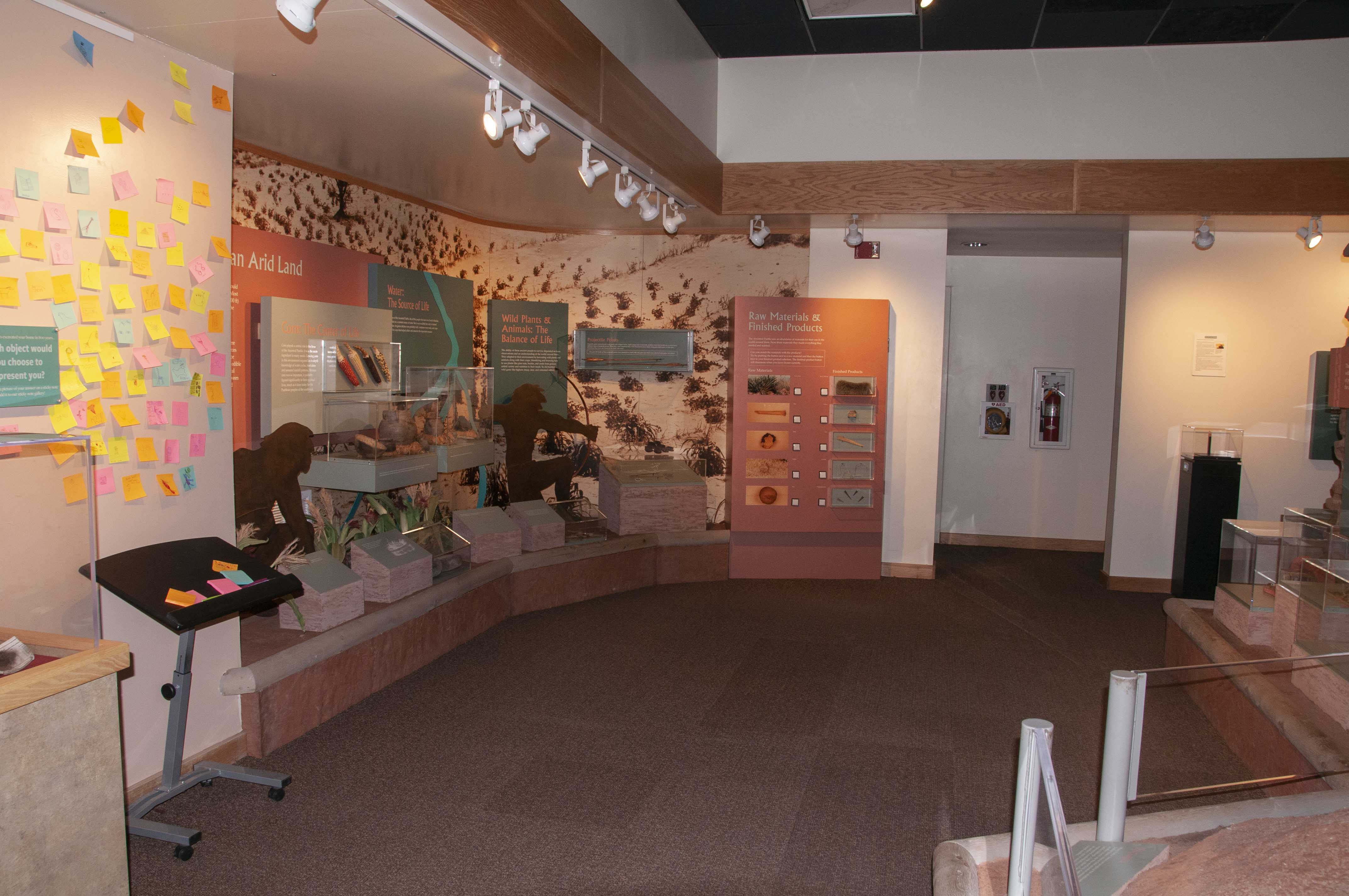 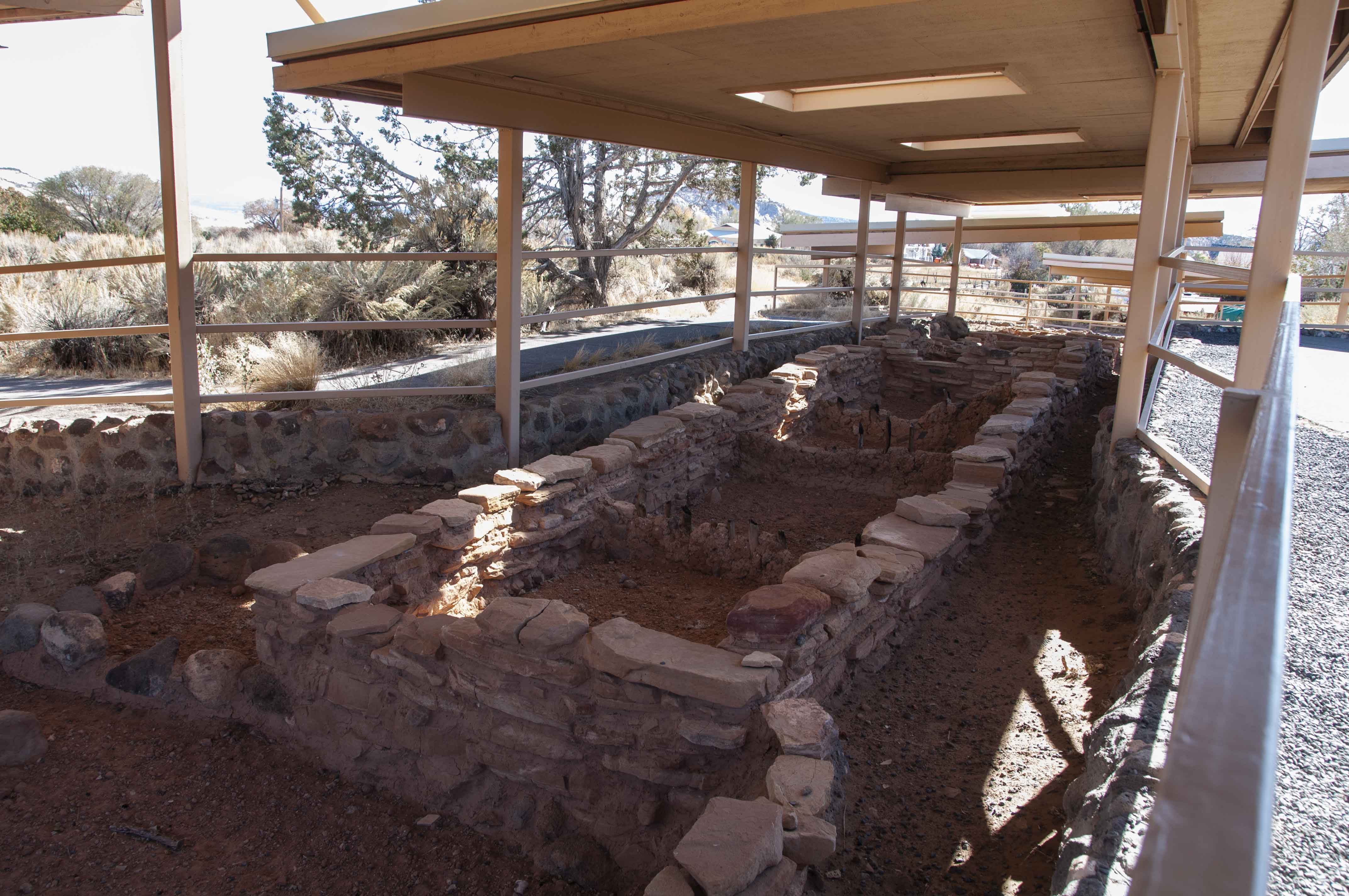 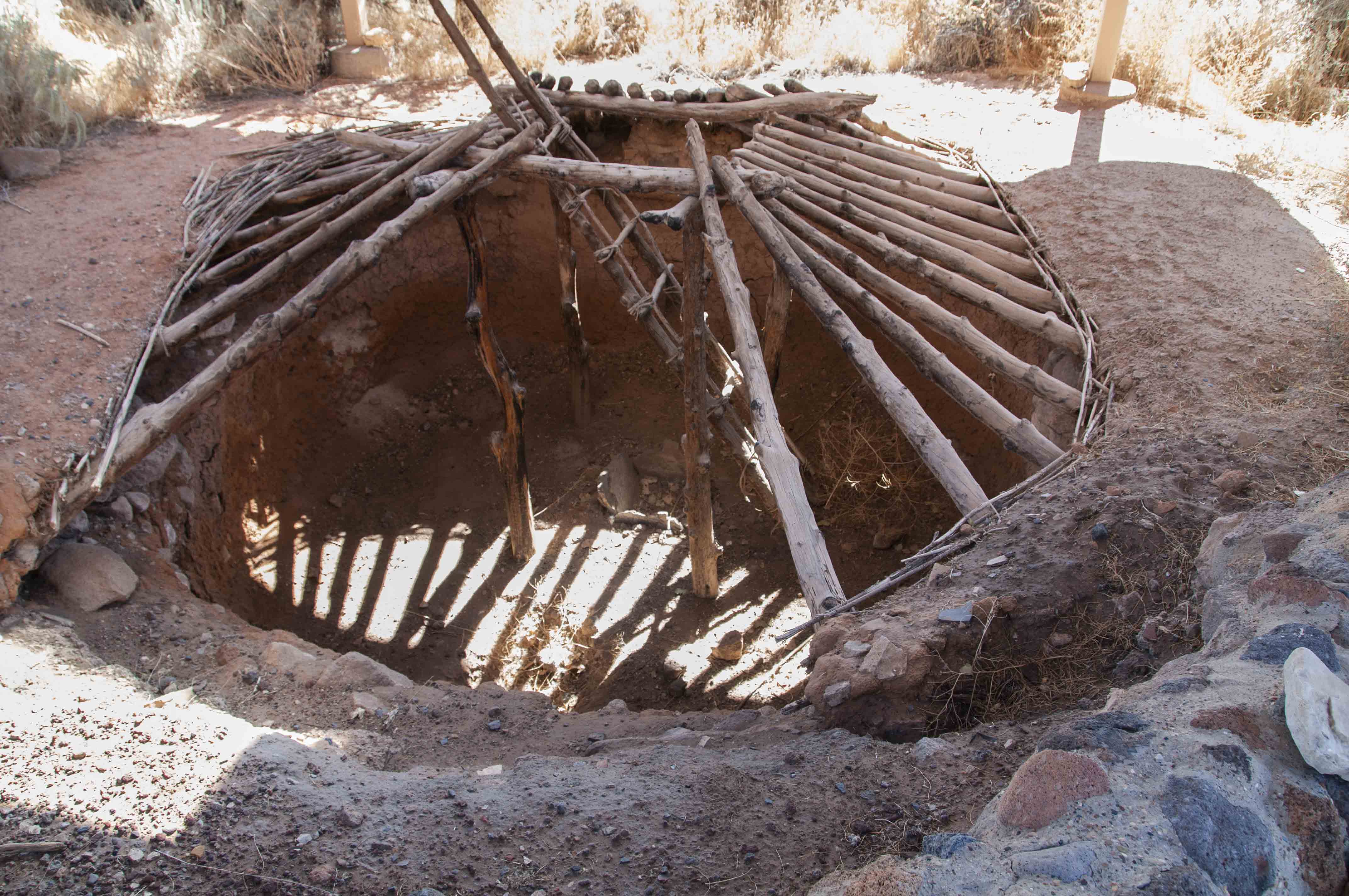 Utah Highway 12 continues north through Dixie and Fishlake National Forests, climbing around the east flank of Boulder Mountain. There are several viewpoints along the way, and one of the best is Larb Hollow Overlook (Stop 34, mile 101.4). This overlook offers a panorama of Capitol Reef, Factory Butte, the Henry Mountains, and even the La Sal mountains on a clear day. 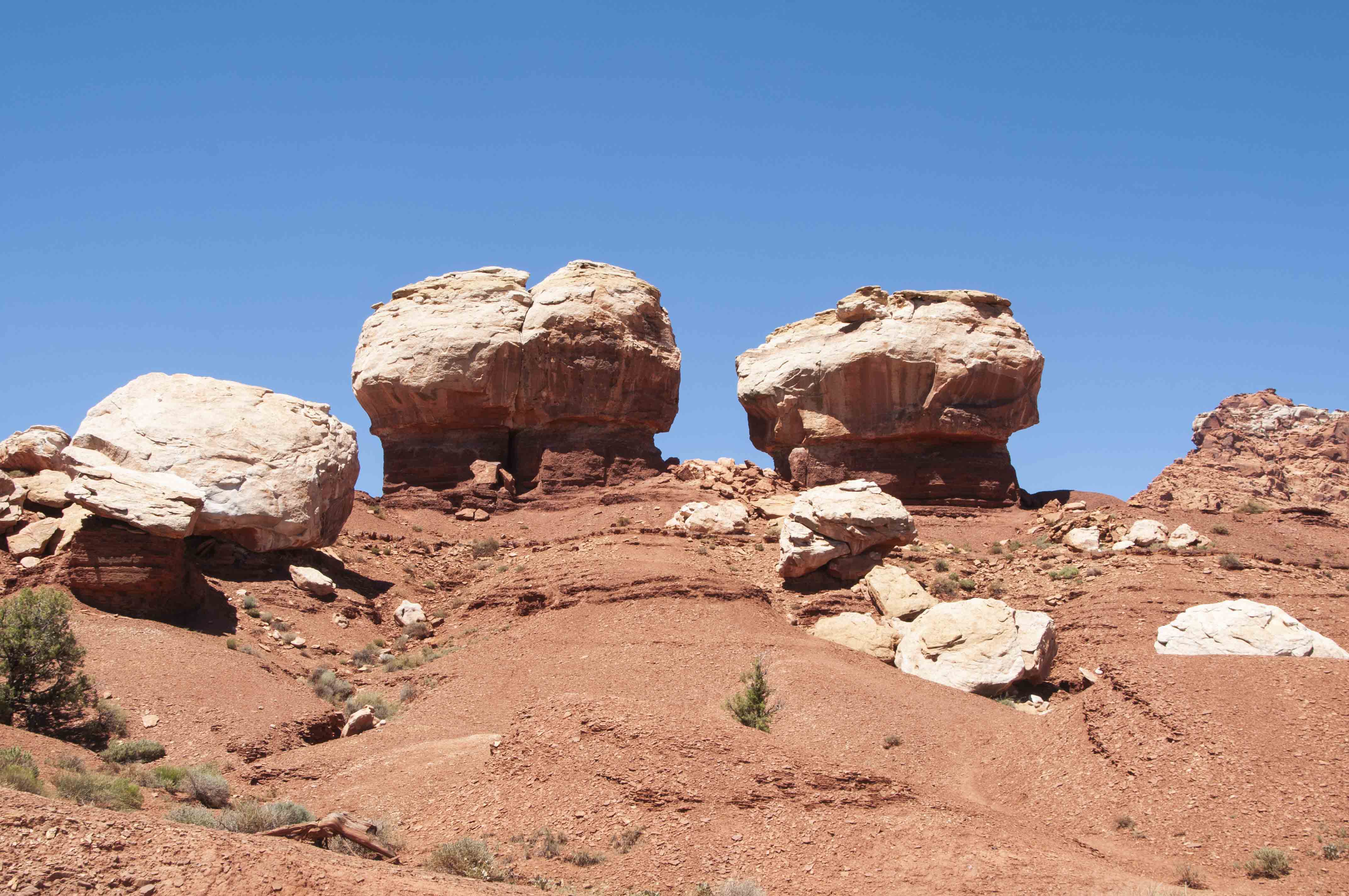 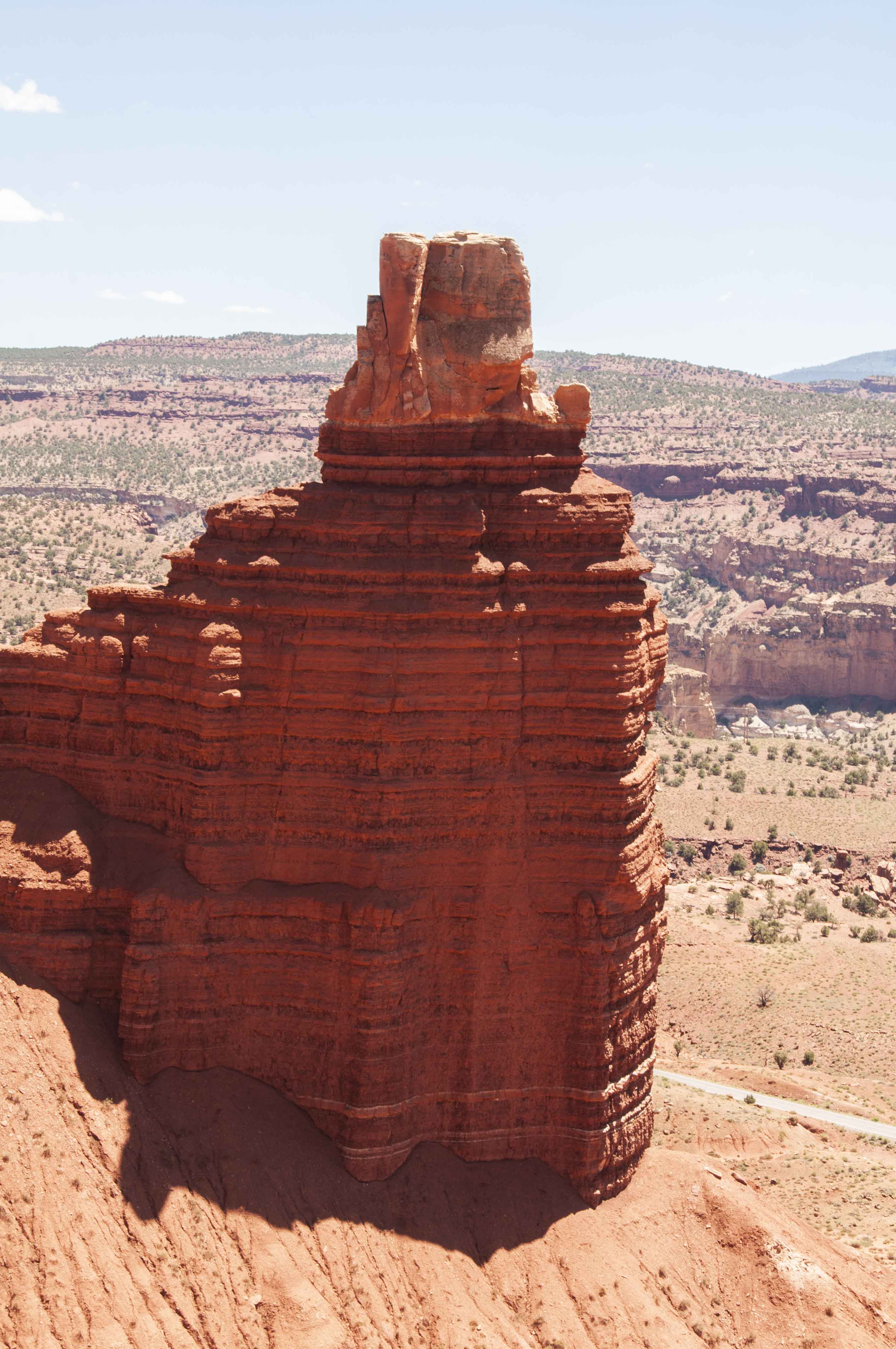 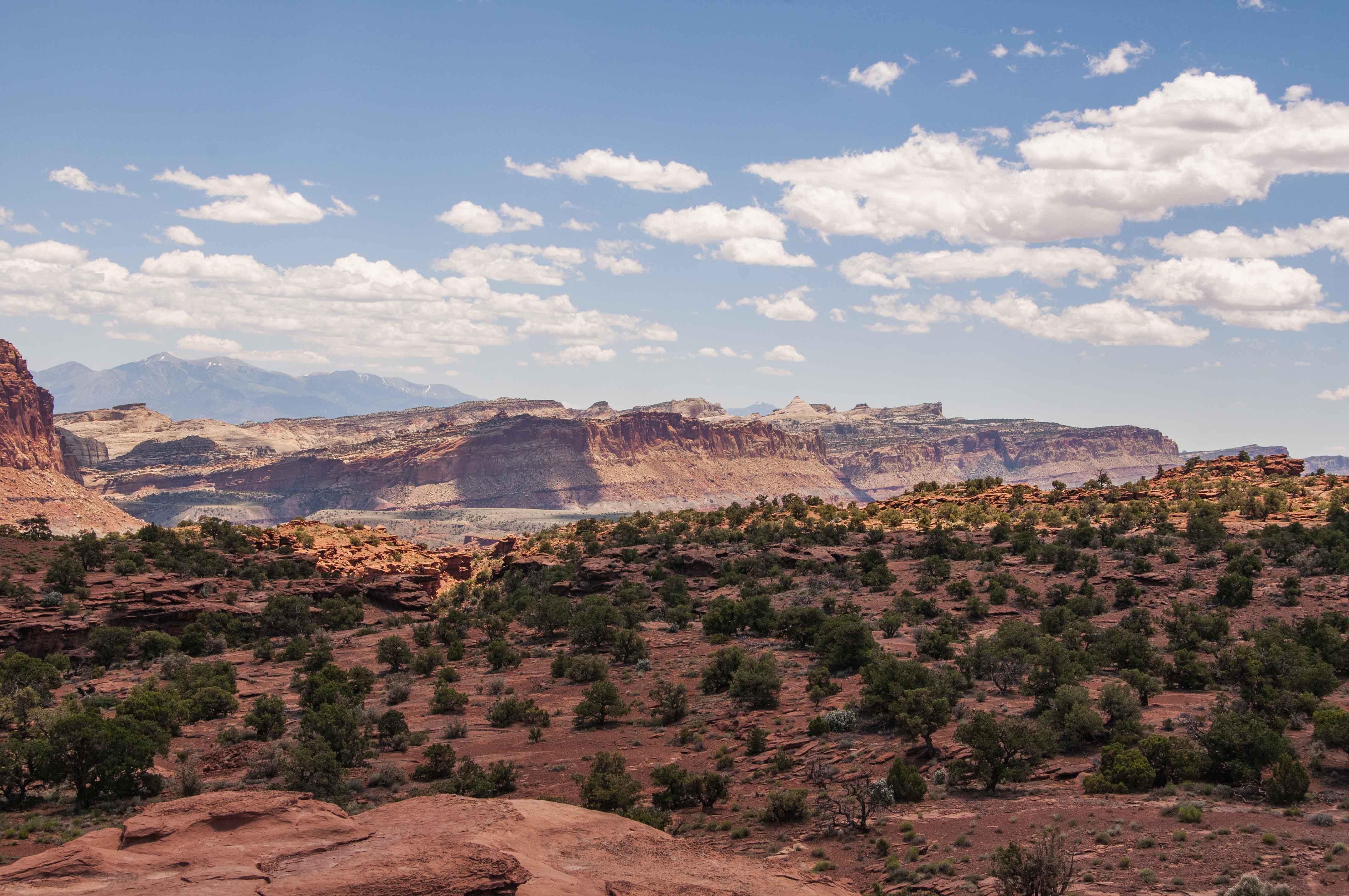