Kodachrome Basin State Park is a geological jewel in south central Utah nestled between Grand Staircase-Escalante National Monument to the east and Bryce Canyon National Park just over 20 miles to the northwest. National Geograhic Society members visiting the park in 1948 named it after the Kodak film. Take Utah Scenic Byway 12 to Cannonville, then south 9 miles on Kodachrome Road/Cottonwood Canyon Road to Kodachrome Basin. The park contains around 70 sandstone columns or spires (known more formally as sedimentary pipes) which are its main geologic attraction.
The Visitor Center has a small gift shop and some exhibits. The park offers horseback tours and has a laundromat. There are 3 campgrounds, Arch, Bryce View, and Basin. Basin campground is the best choice for larger RVs and travel trailers. It has paved parking areas, some of which are pull through, bathroom, and probably the best showers I have ever used at a national or state park. I stayed in campsite 26 in Basin Campground which was a pull through with electric and water hookups. 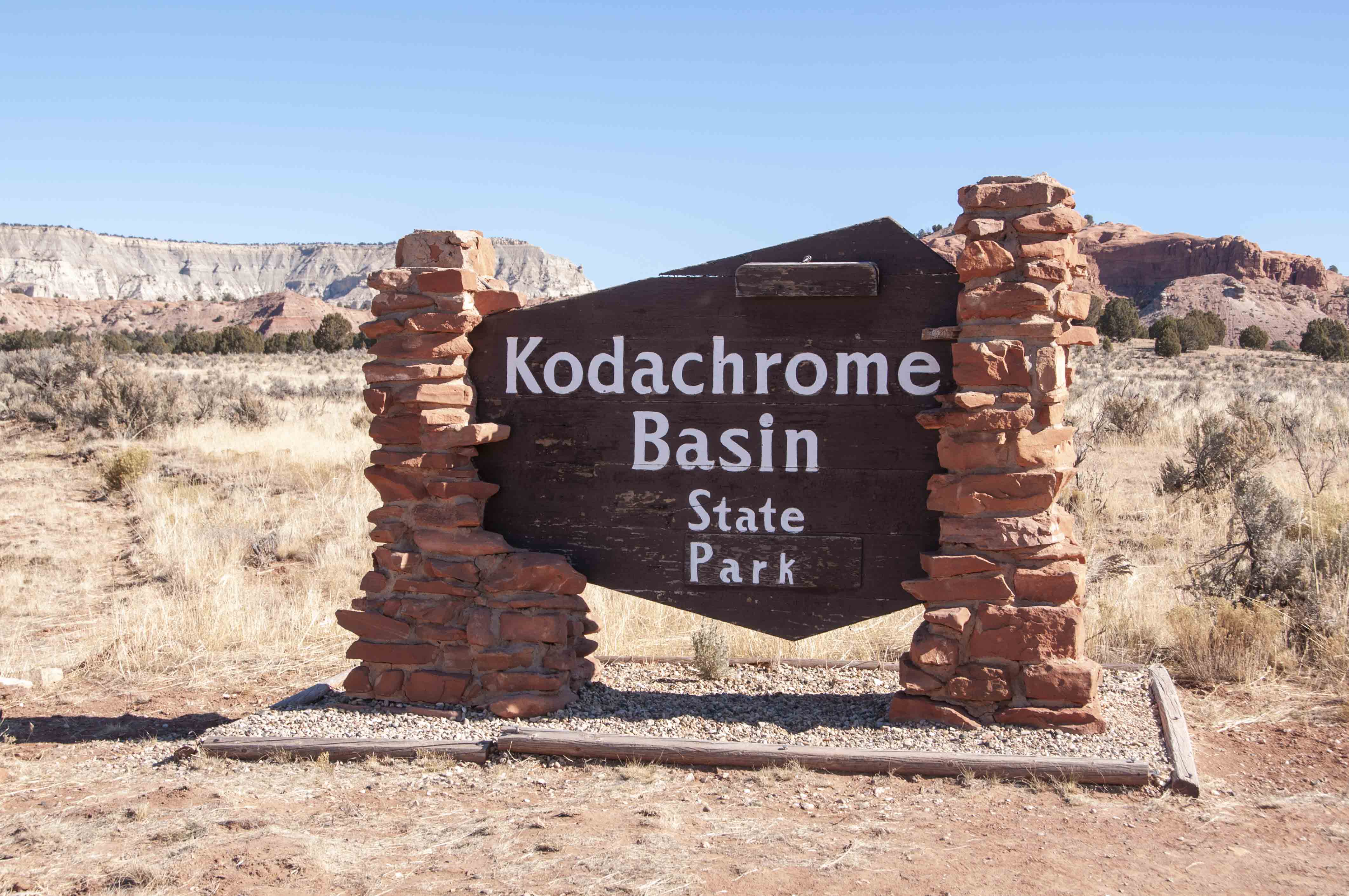 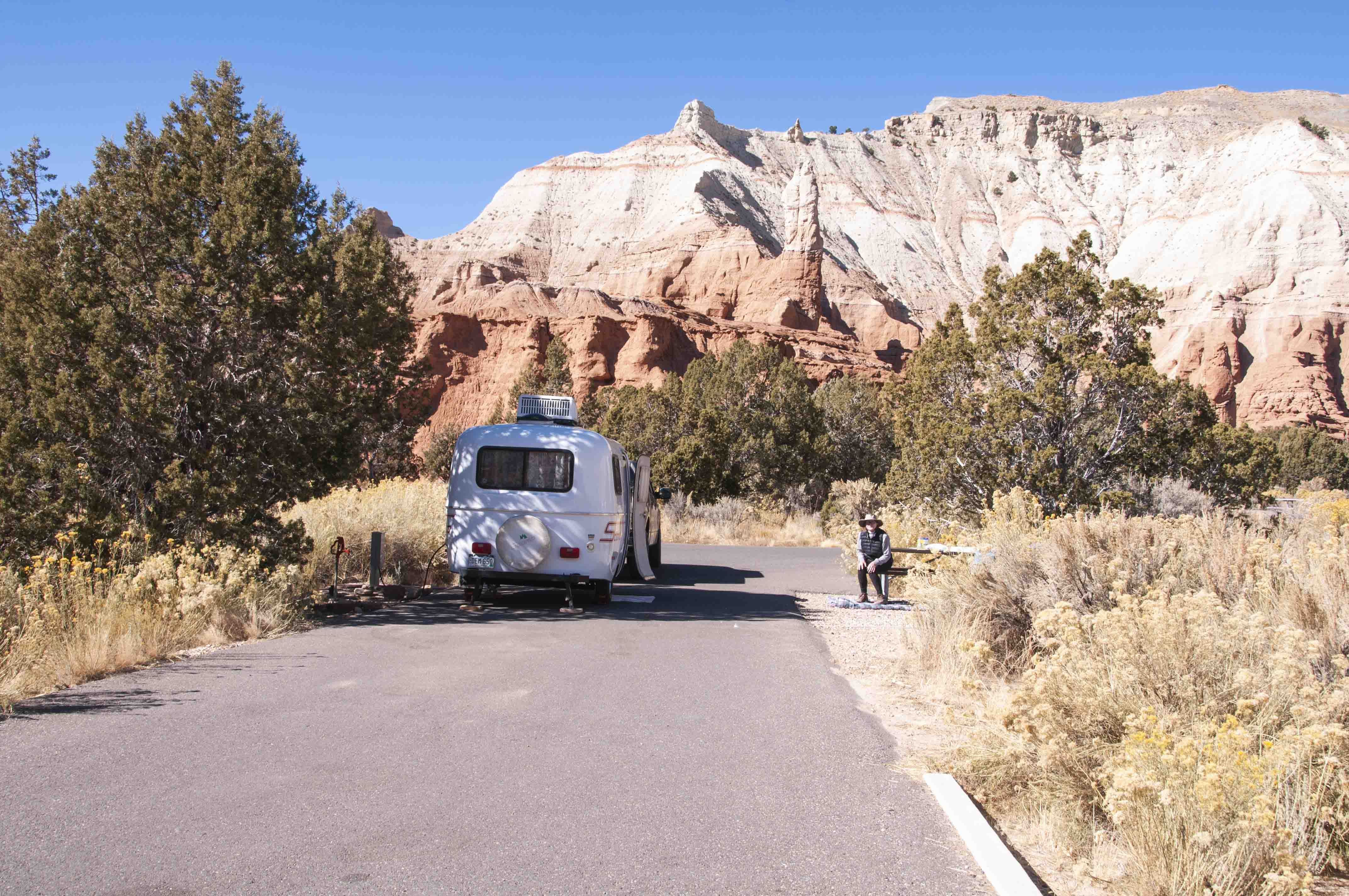 Stephanie and our Scamp in Campsite 26 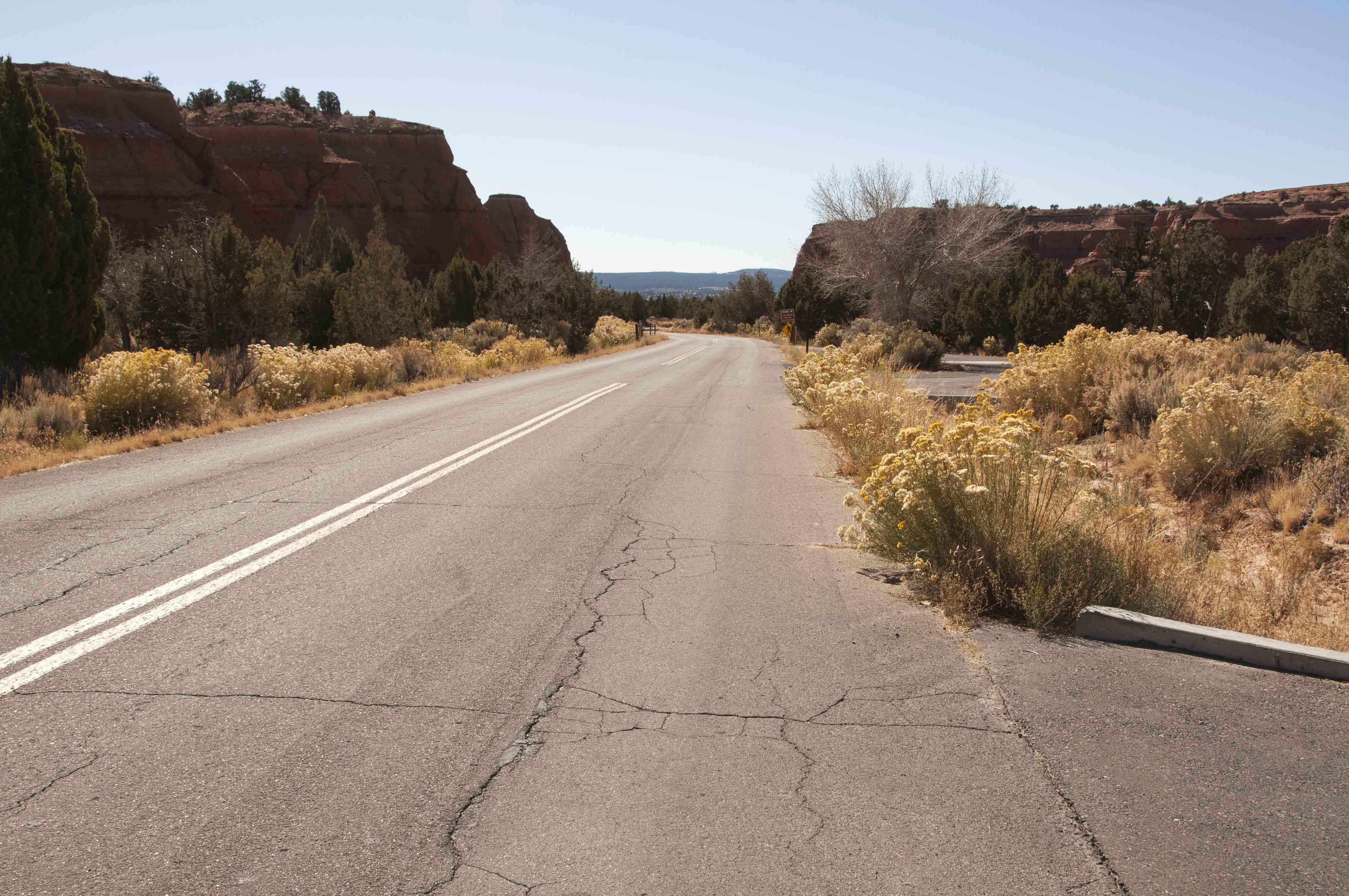 There are four easy (to moderate) trails near the campgrounds that vary in length from 0.5 to ~ 6 miles. Probably the most popular is Angel's Palace Trail, but the most interesting to me was the Panorama trail.

Very popular and scenic trail and very near Basin Campground. 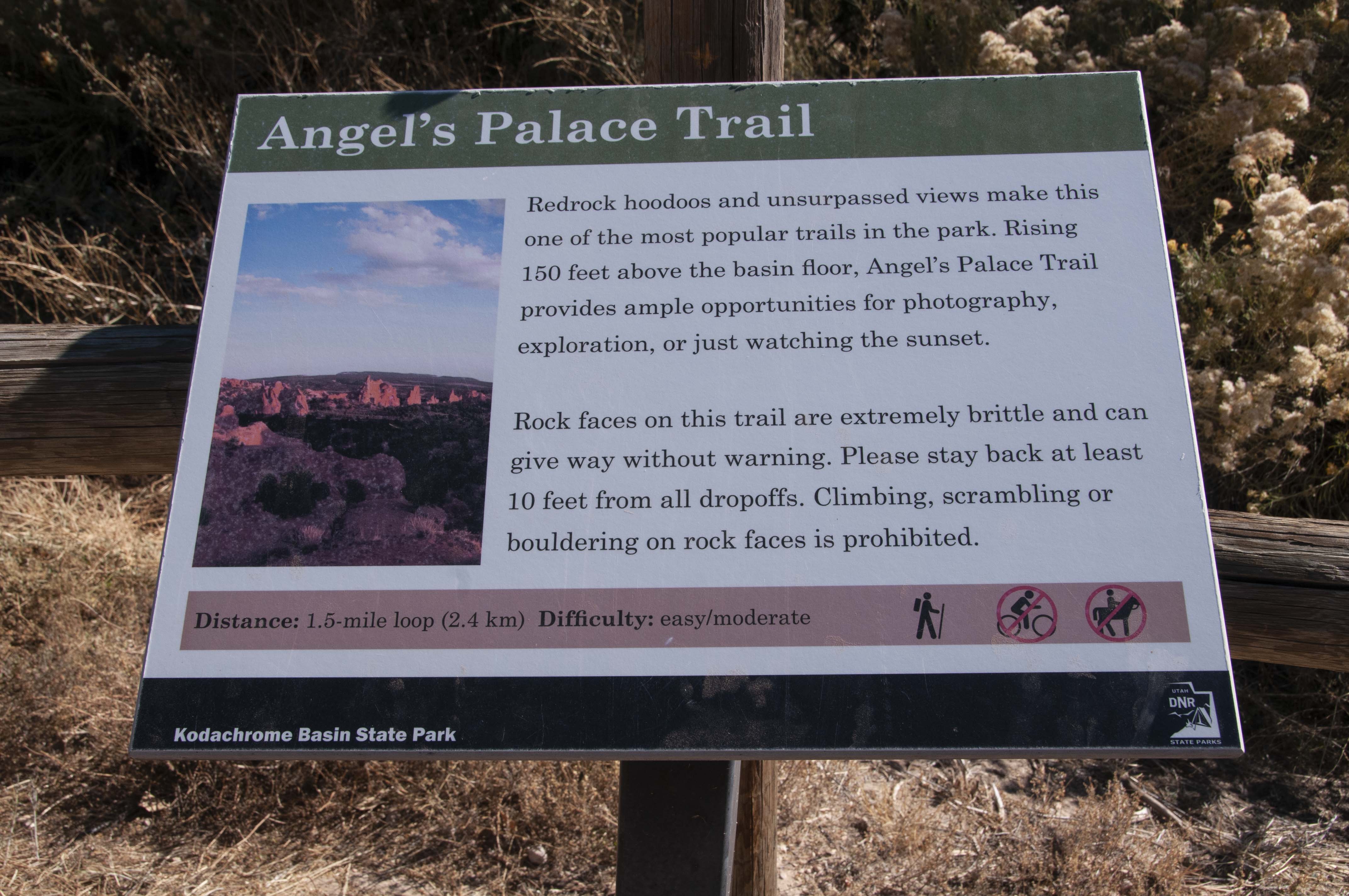 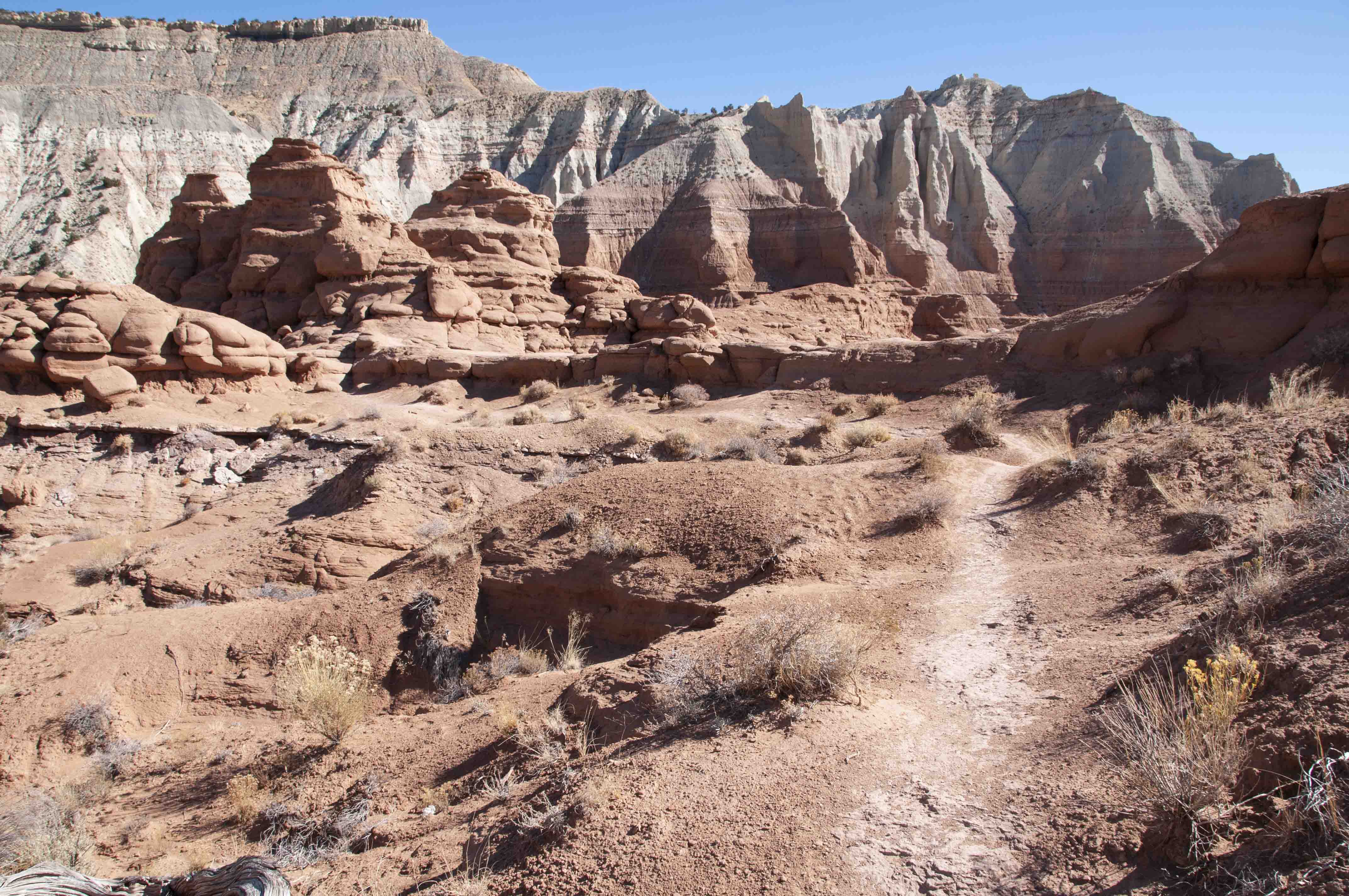 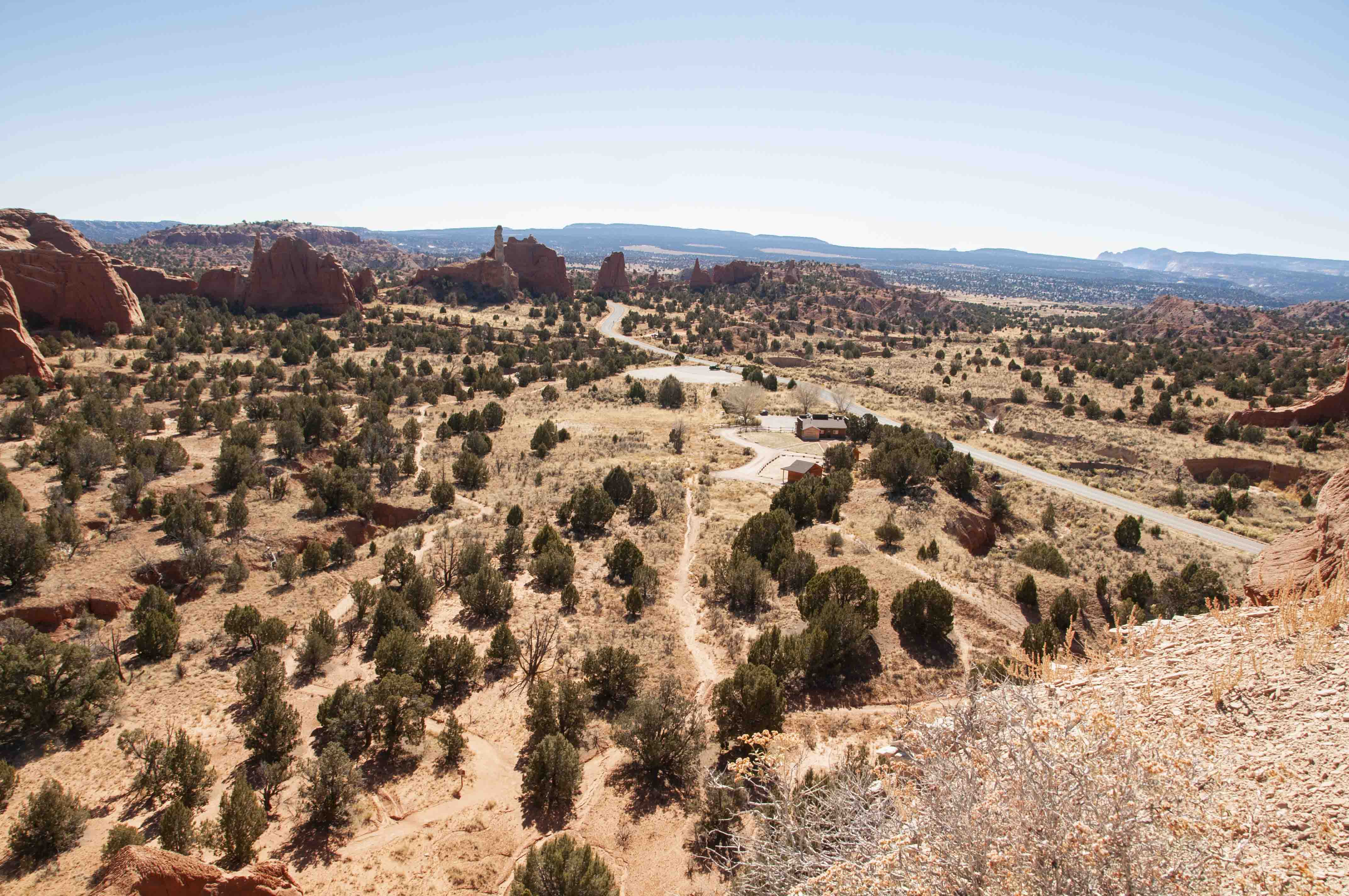 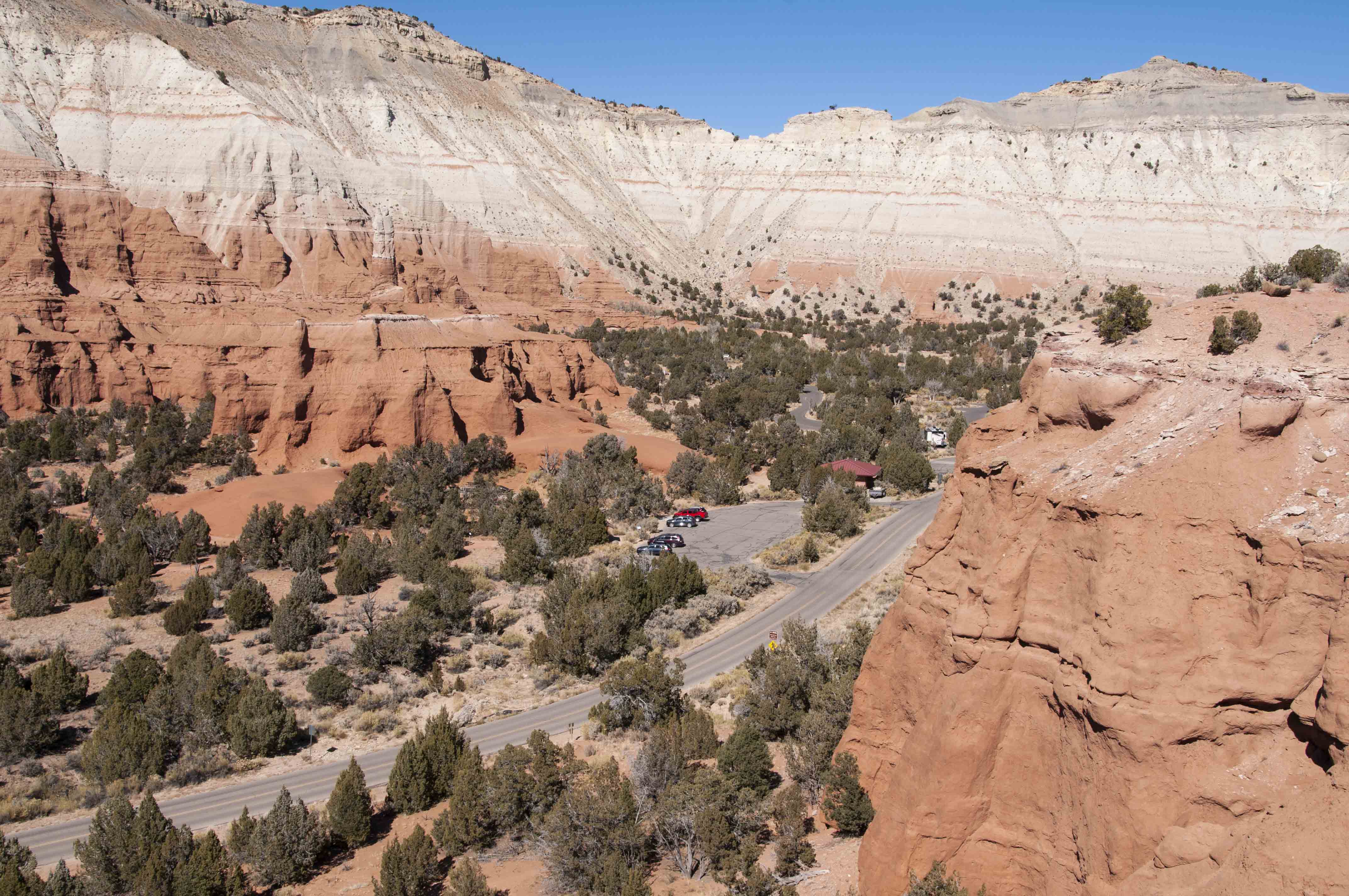 View north from Angel's Palace Trail. Part of Basin Campground and its bathroom are visible. 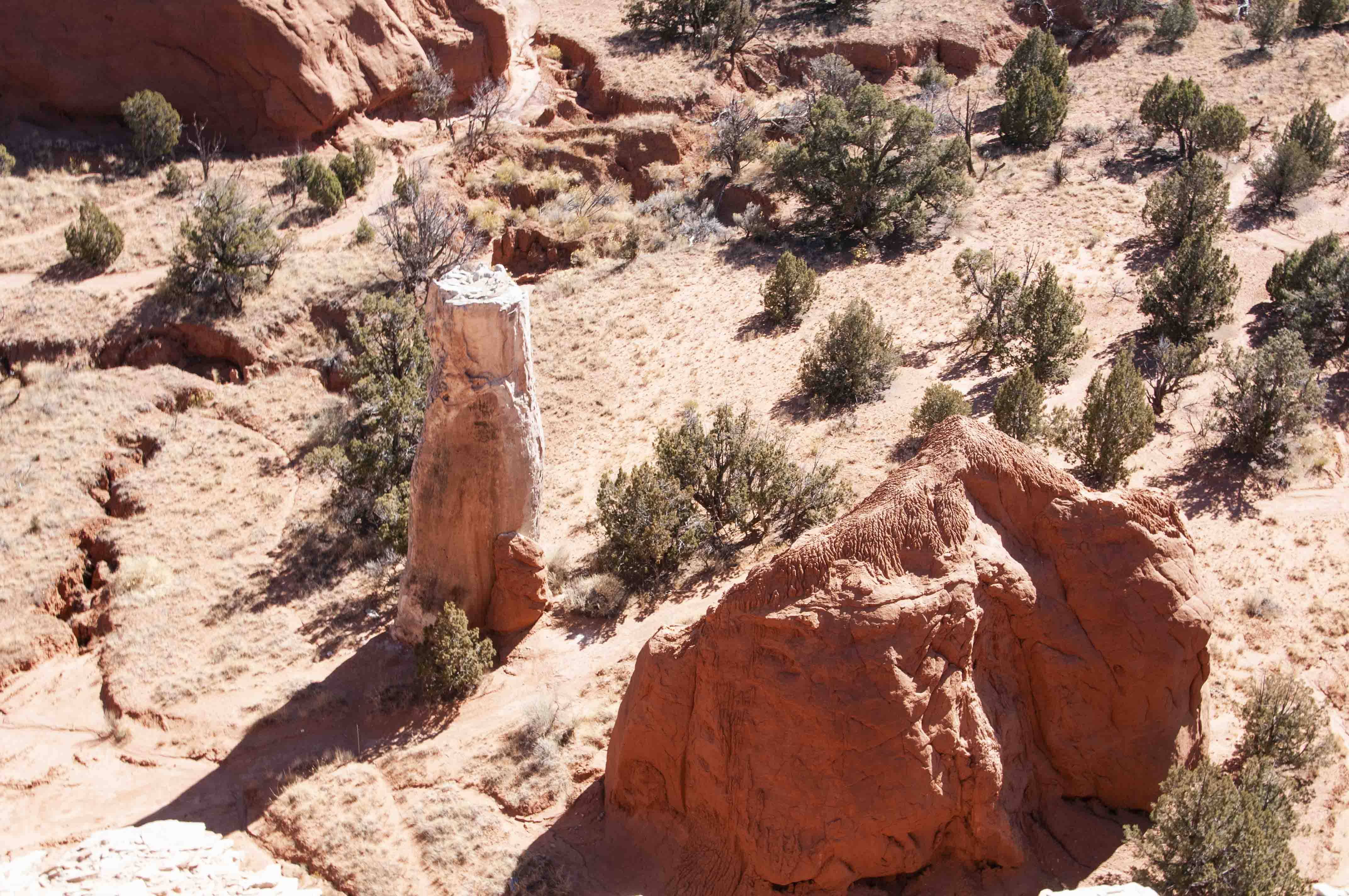 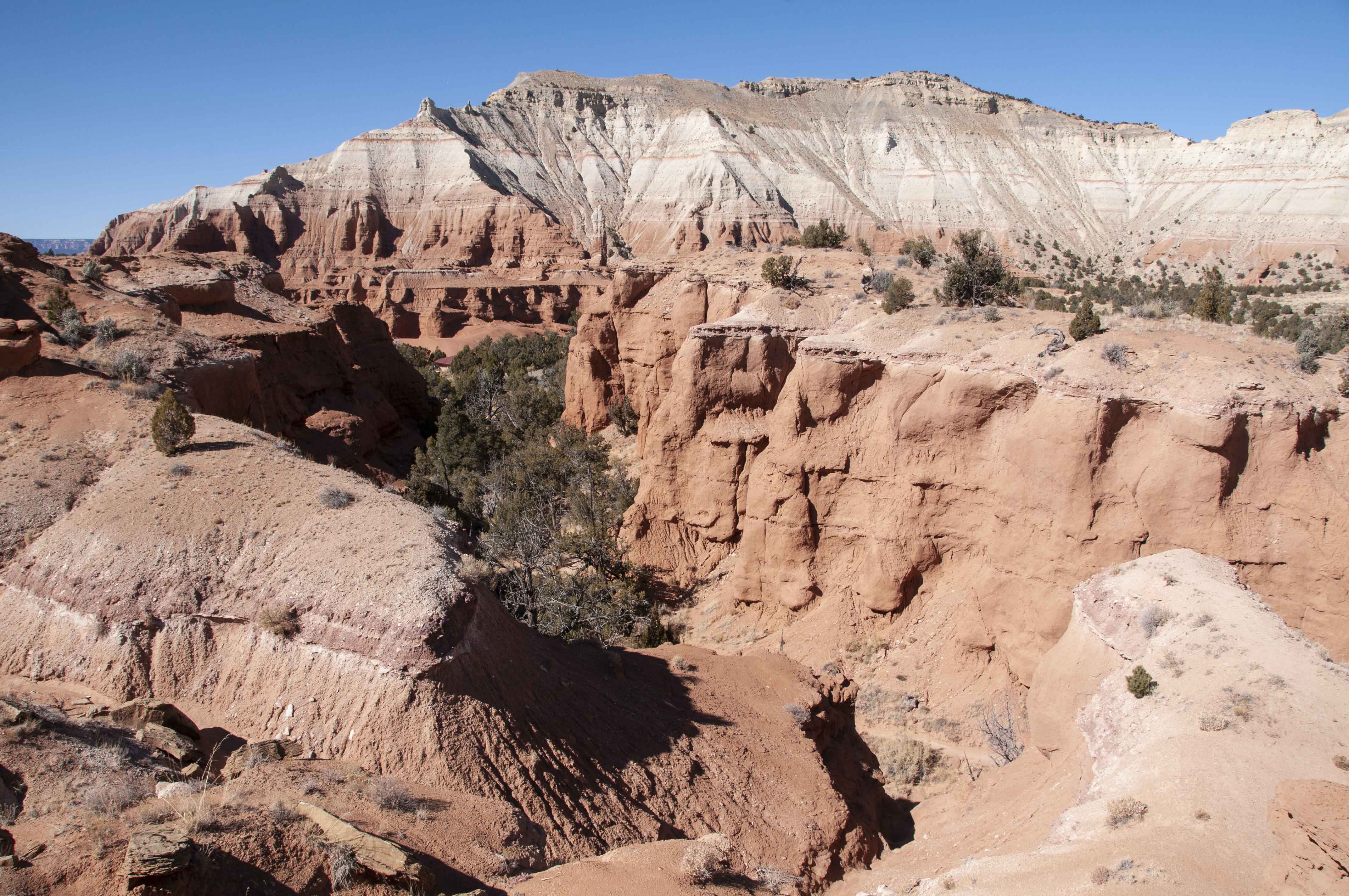 Very short and very easy. Descriptions of geology, flora, and fauna along the way. 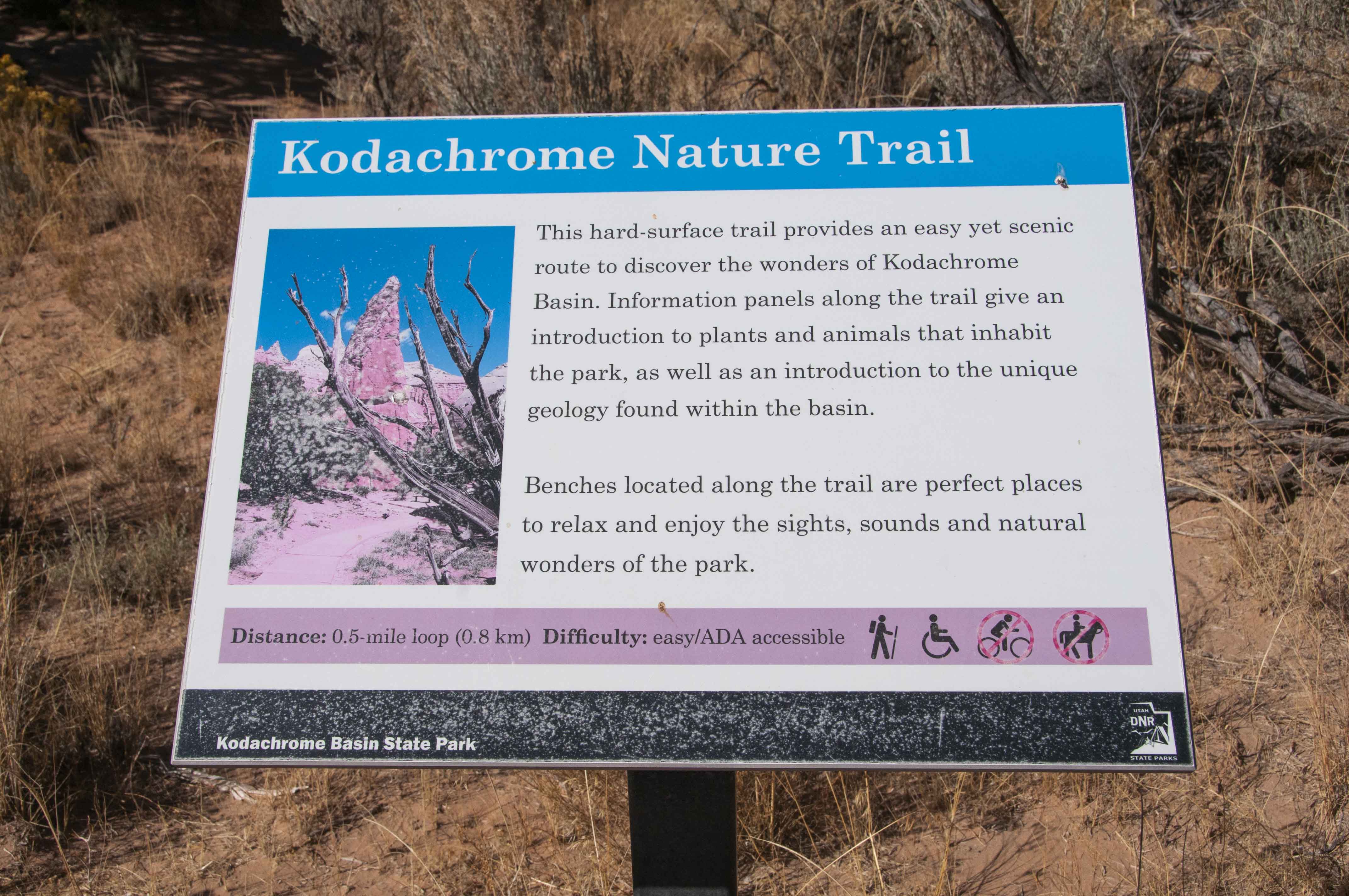 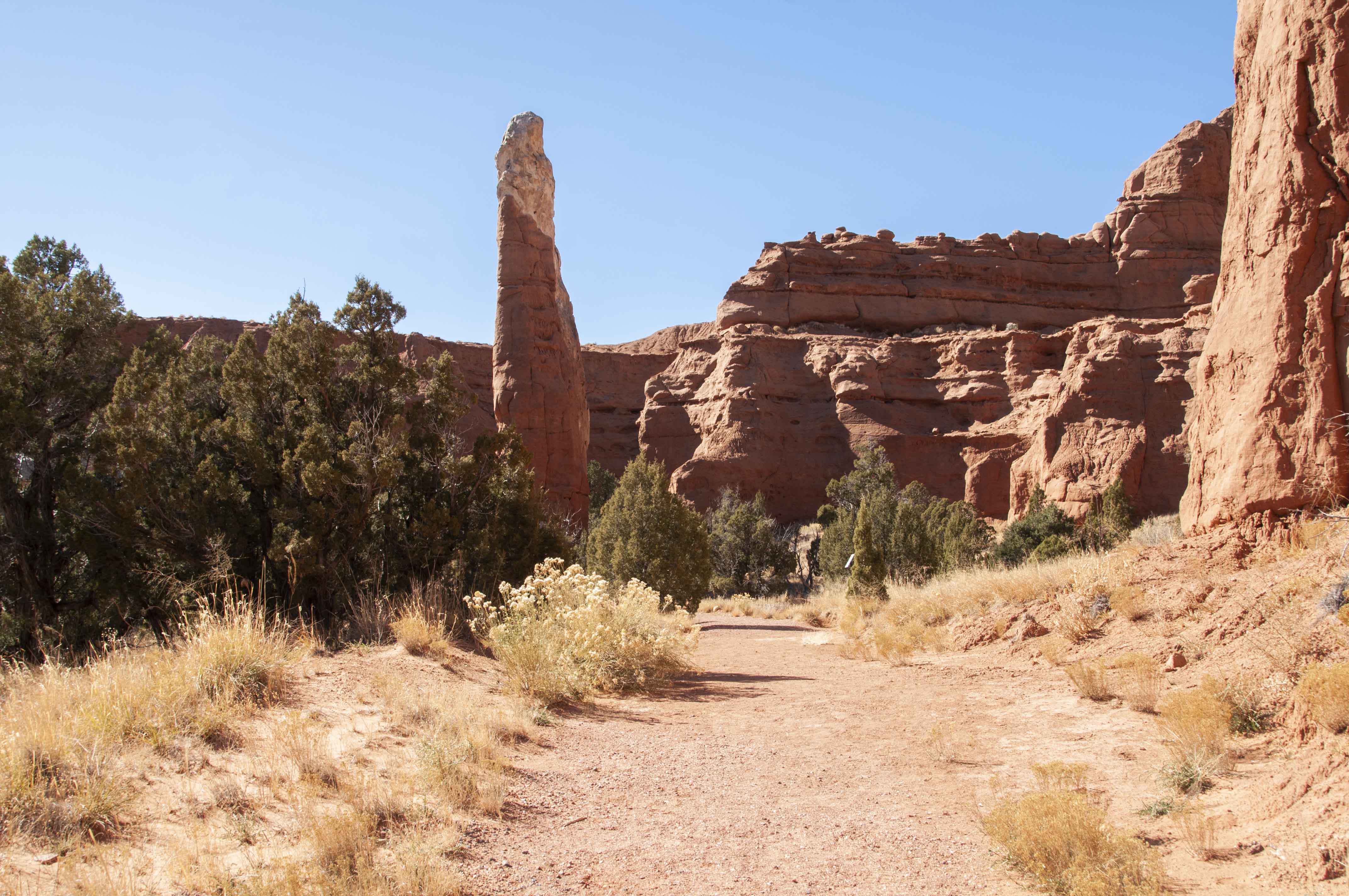 One of the many sandstone monoliths 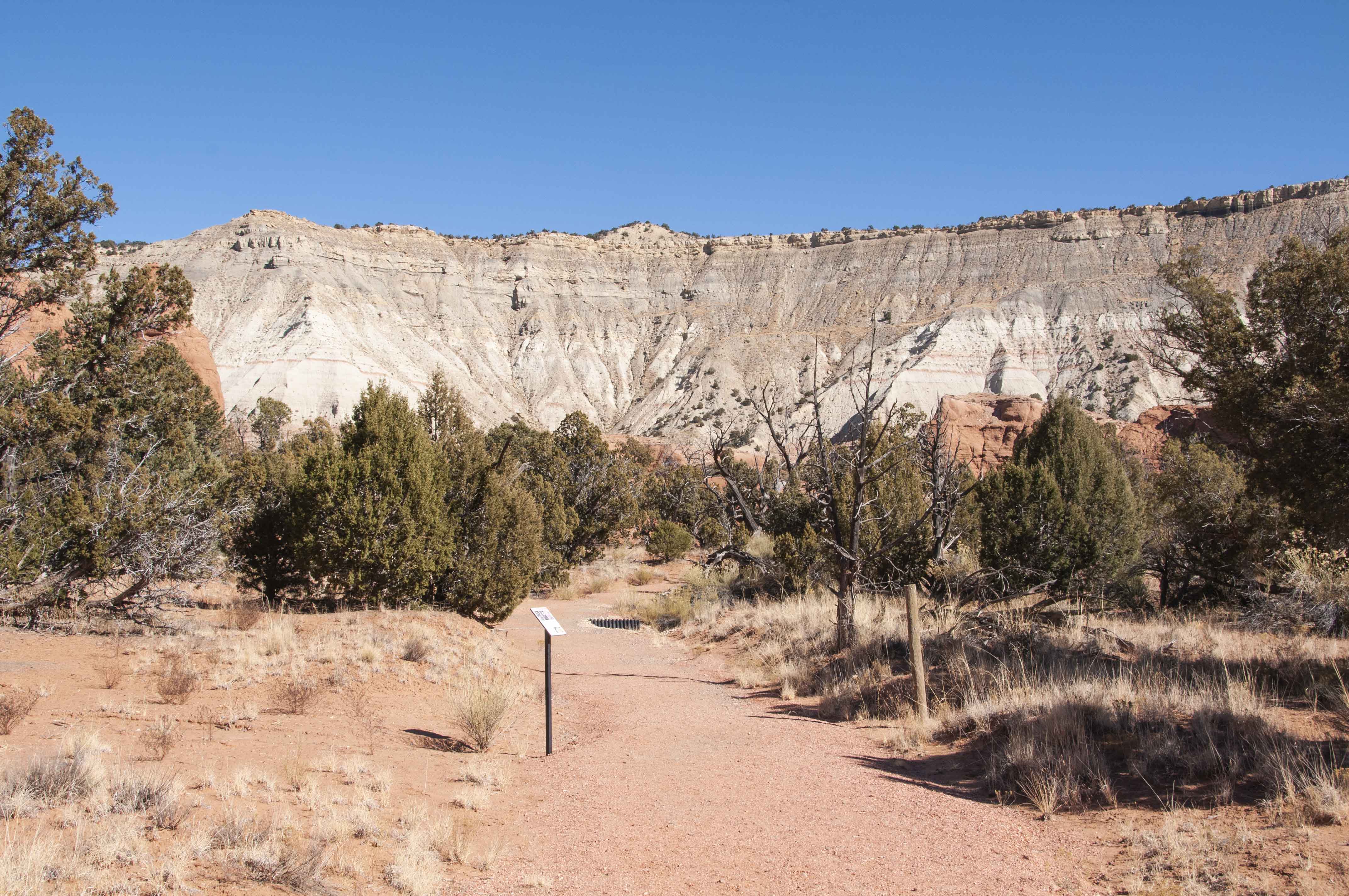 This is probably the most difficult (but not very) of the trails if you take the long way around - a lot of up and down. Spoiler alert: das bogen ist kaput! 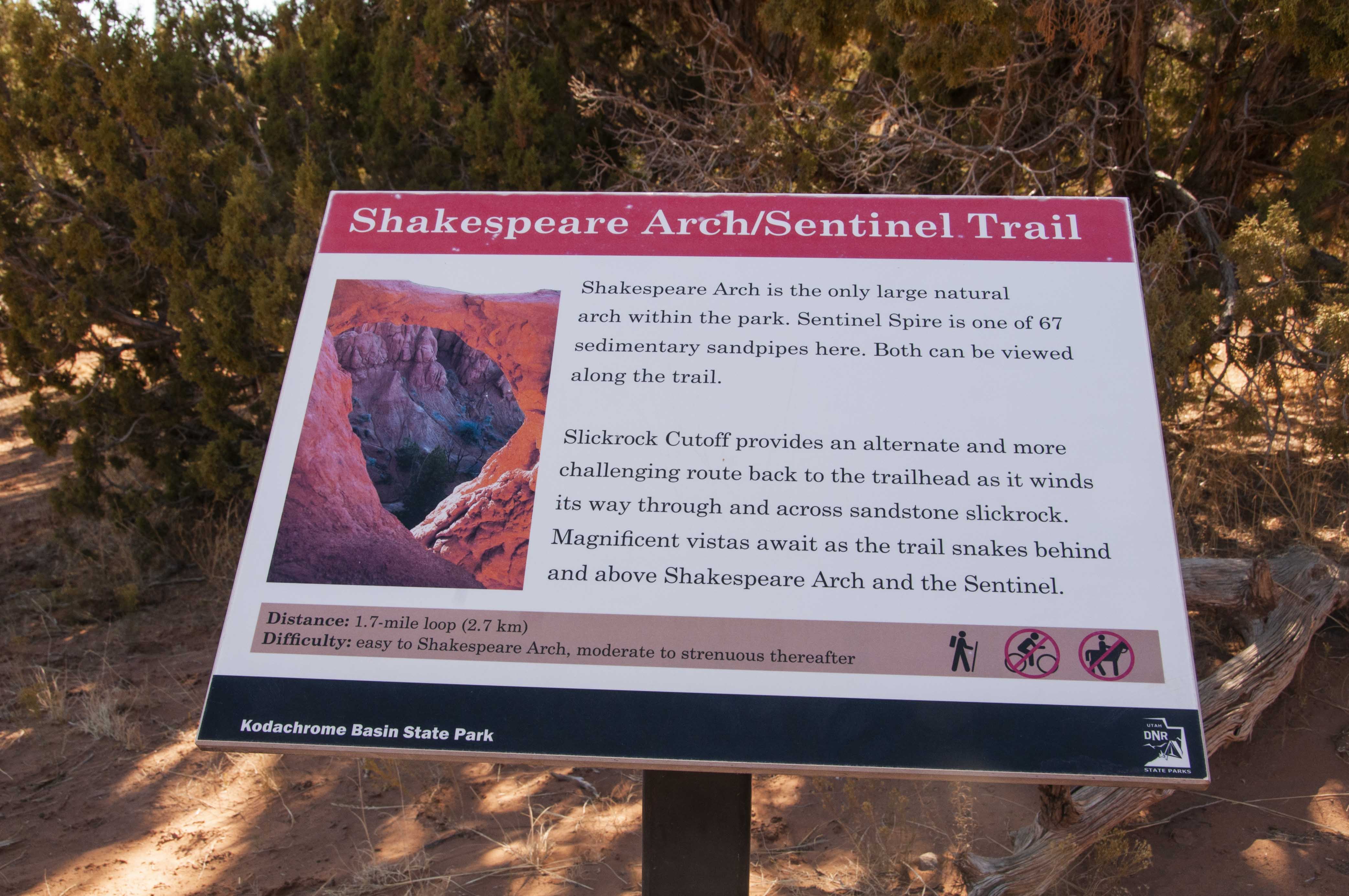 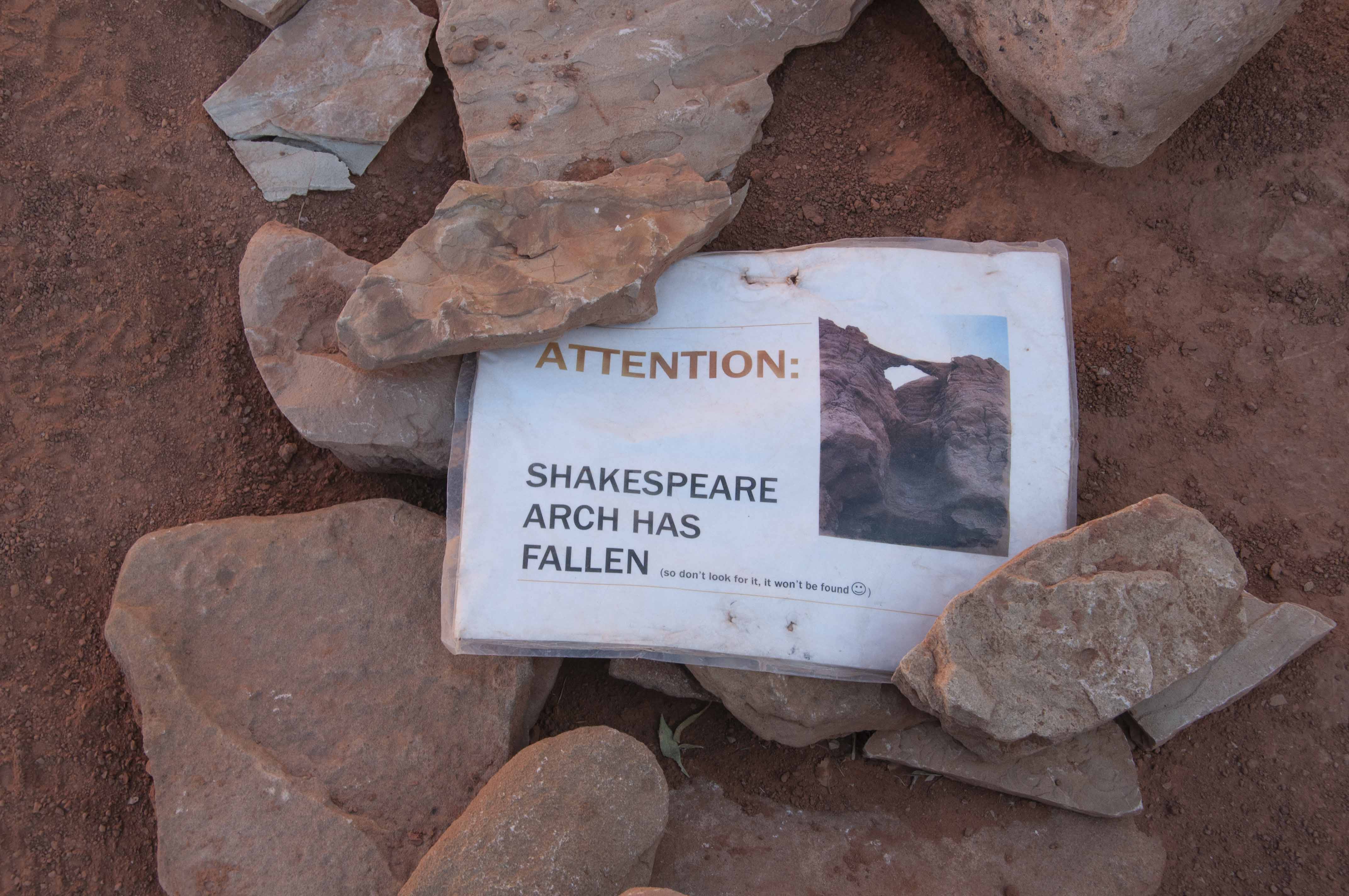 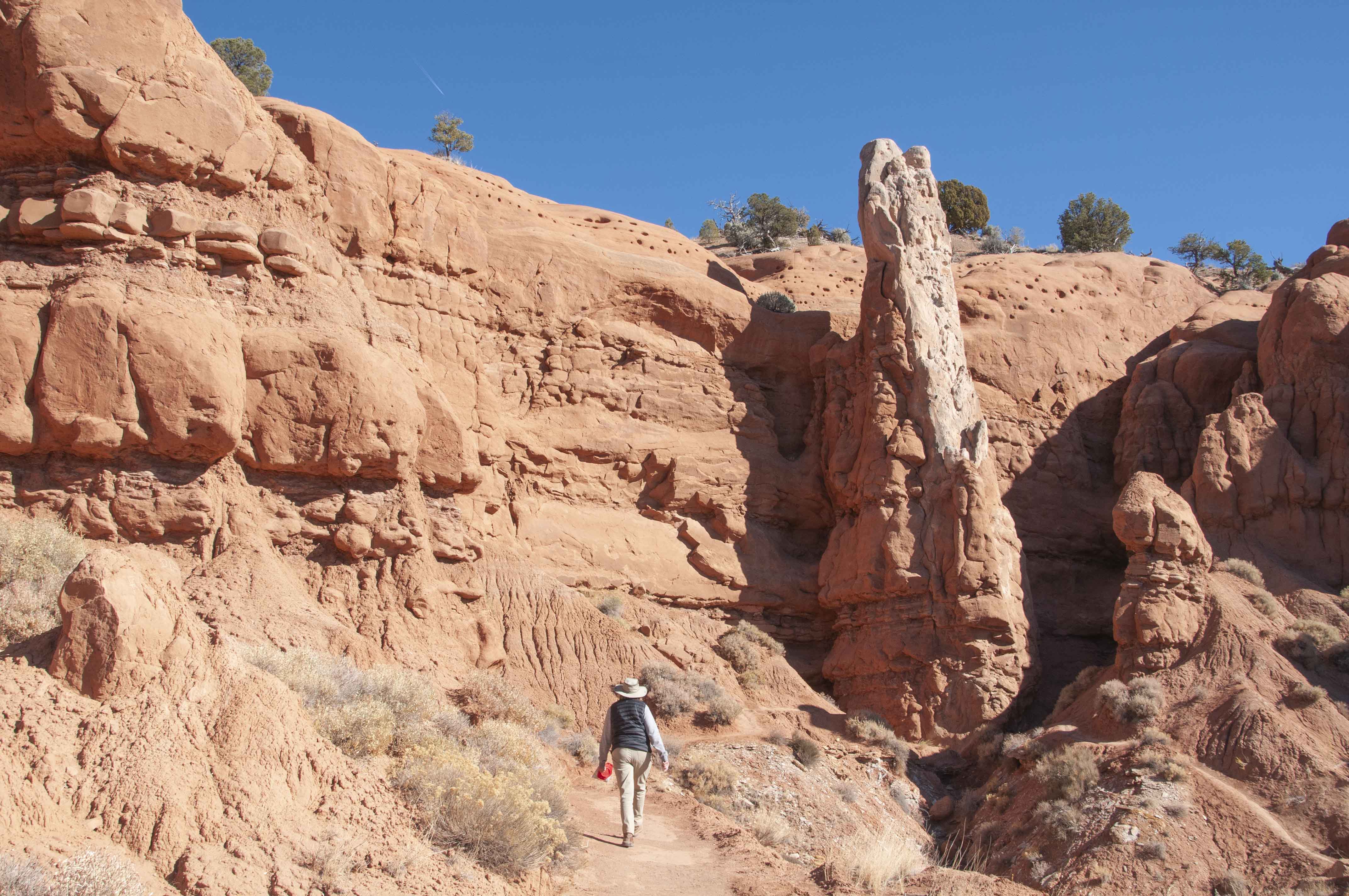 Stephanie and the Sentinel 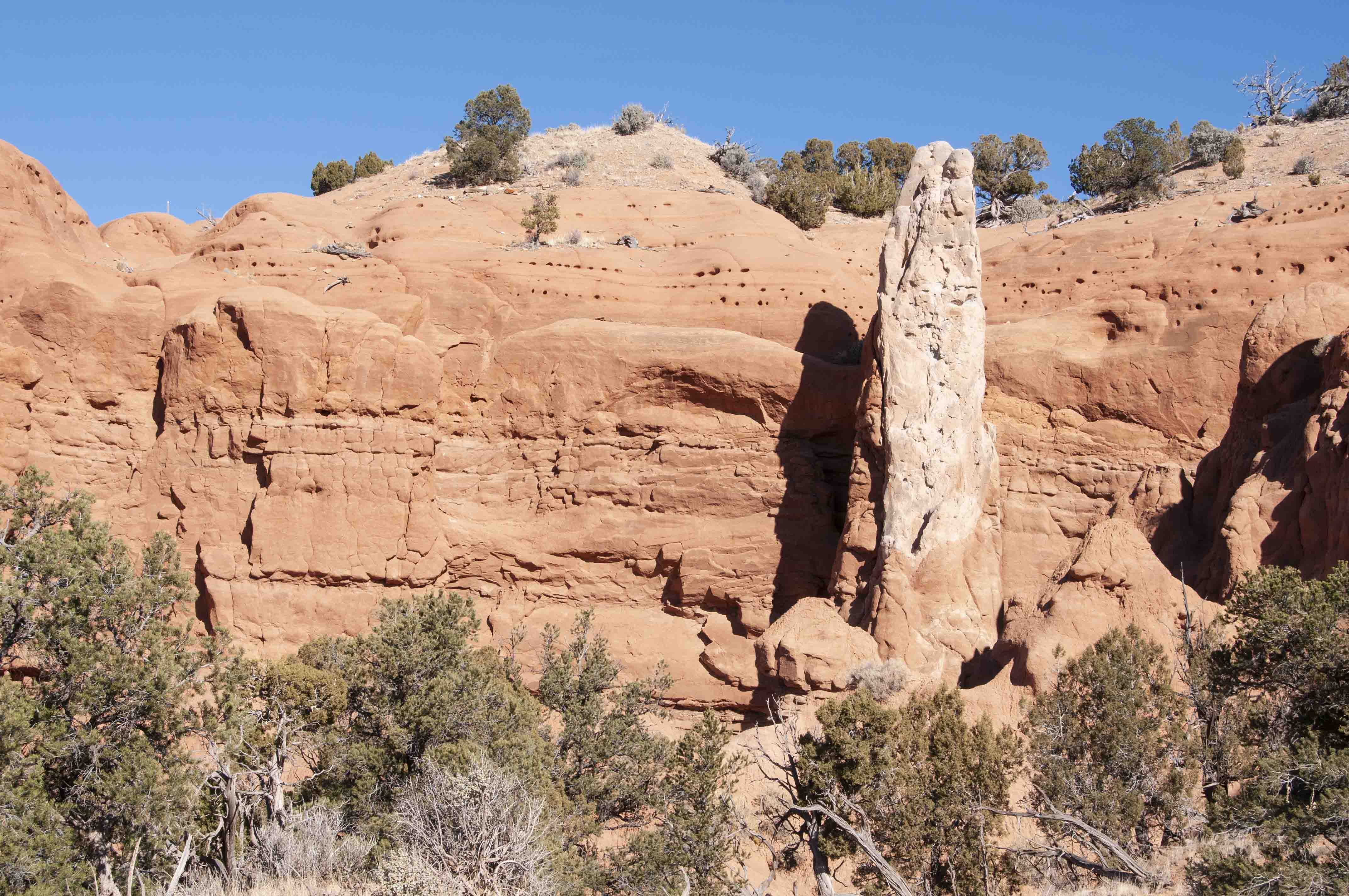 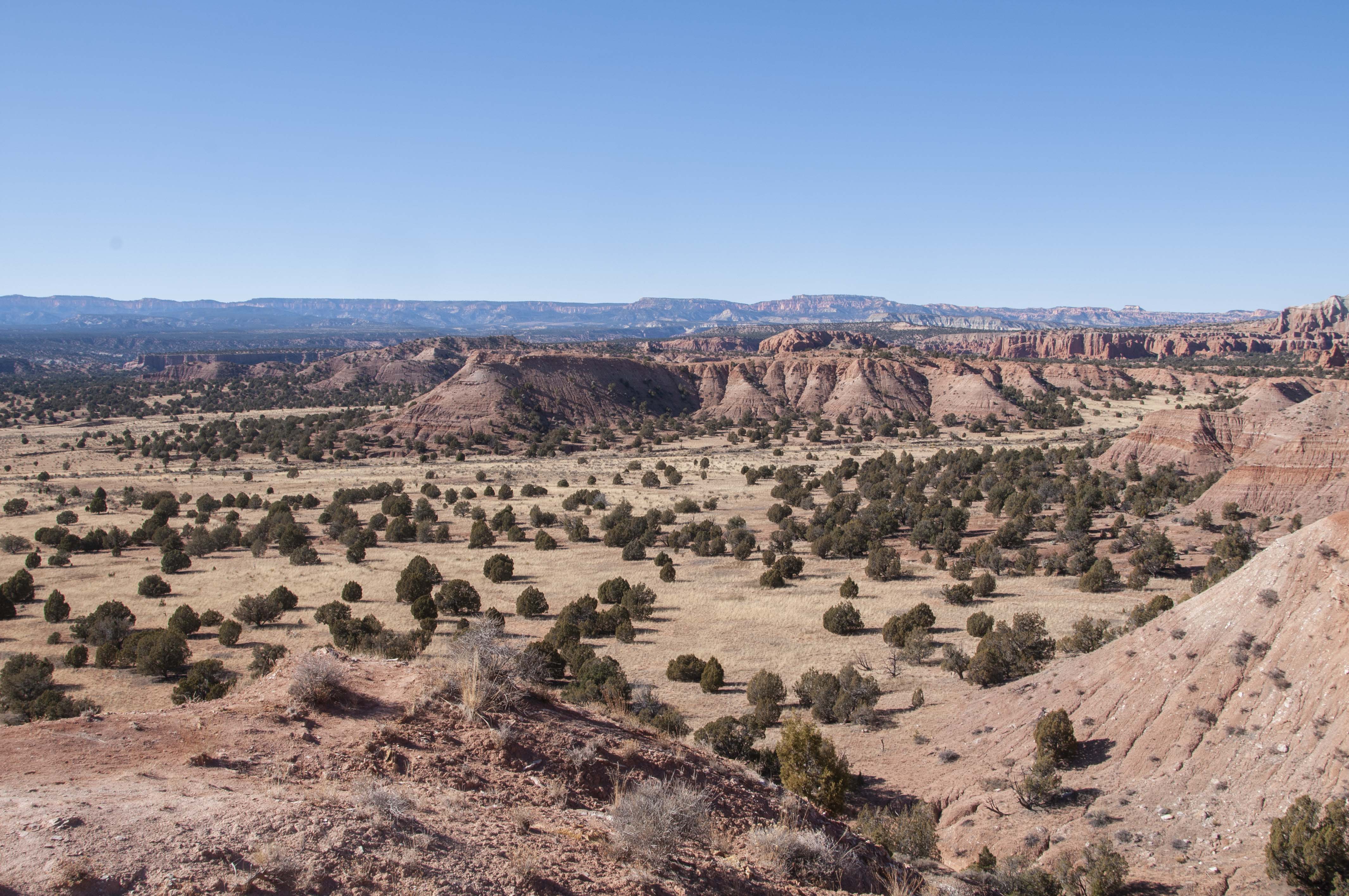 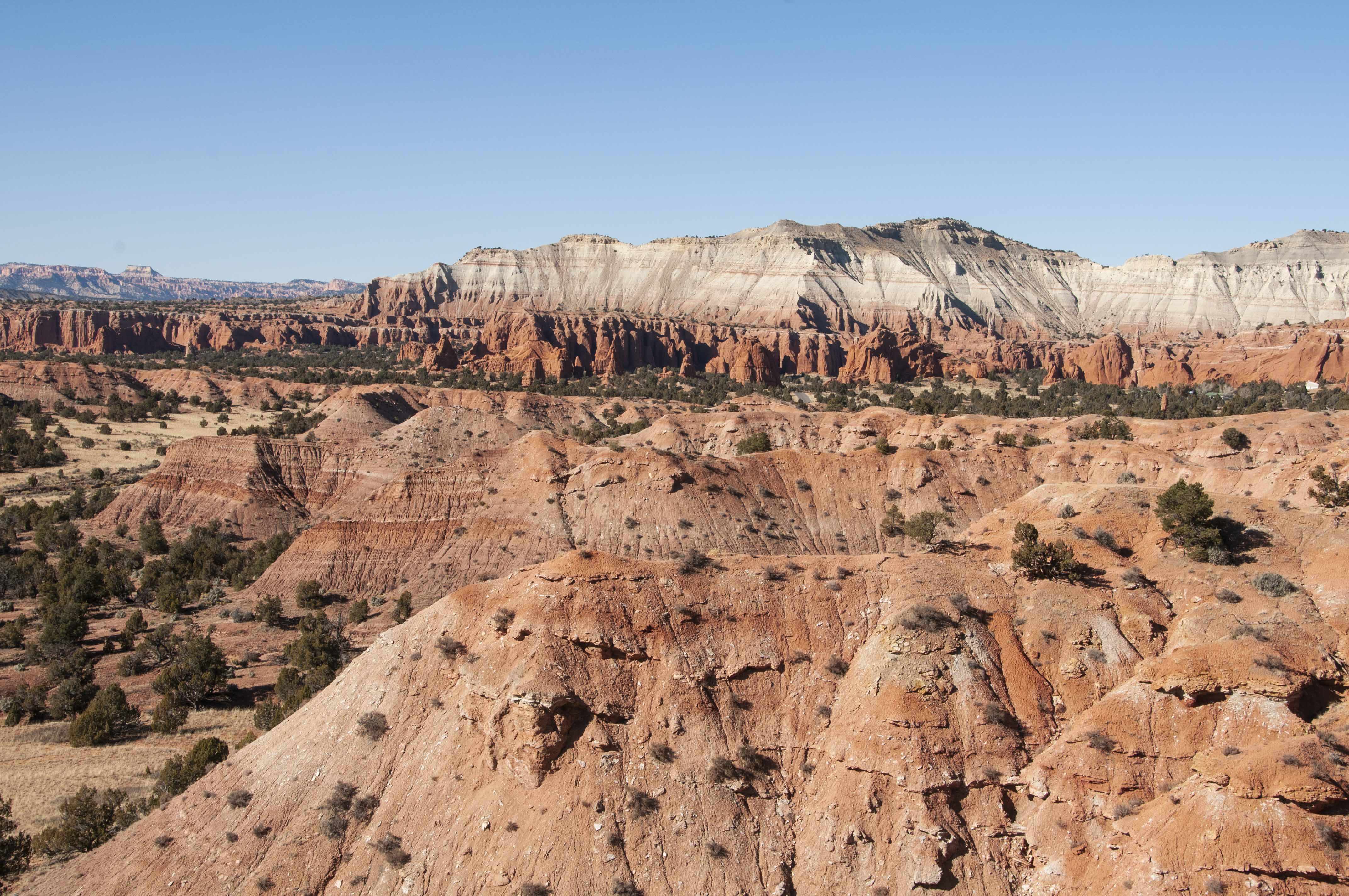 This trail is fairly long (~ 6 miles) but flat. There are several interesting things to see along the way (most of which I didn't see - had to cut the hike short due to time constraints). 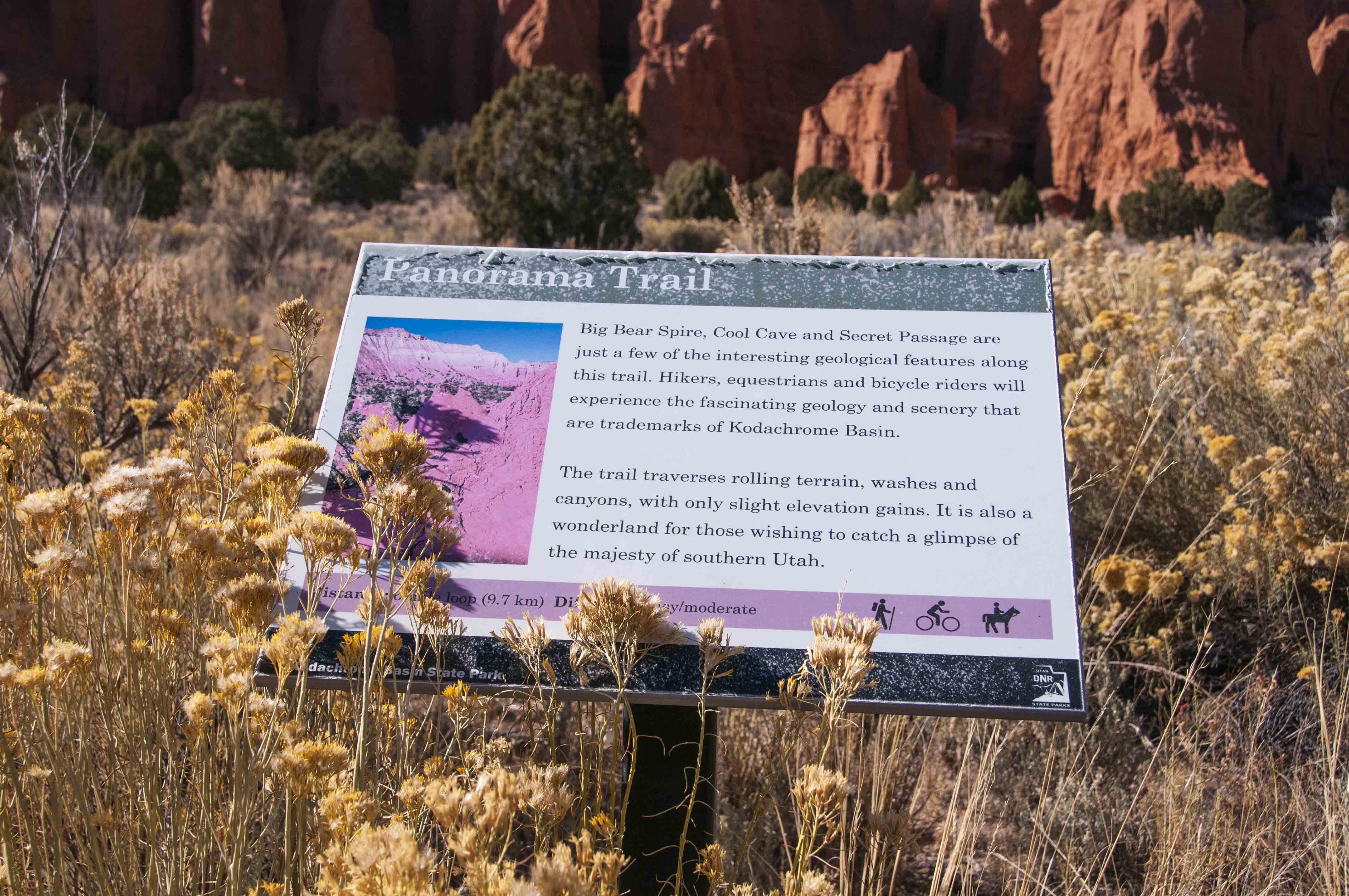 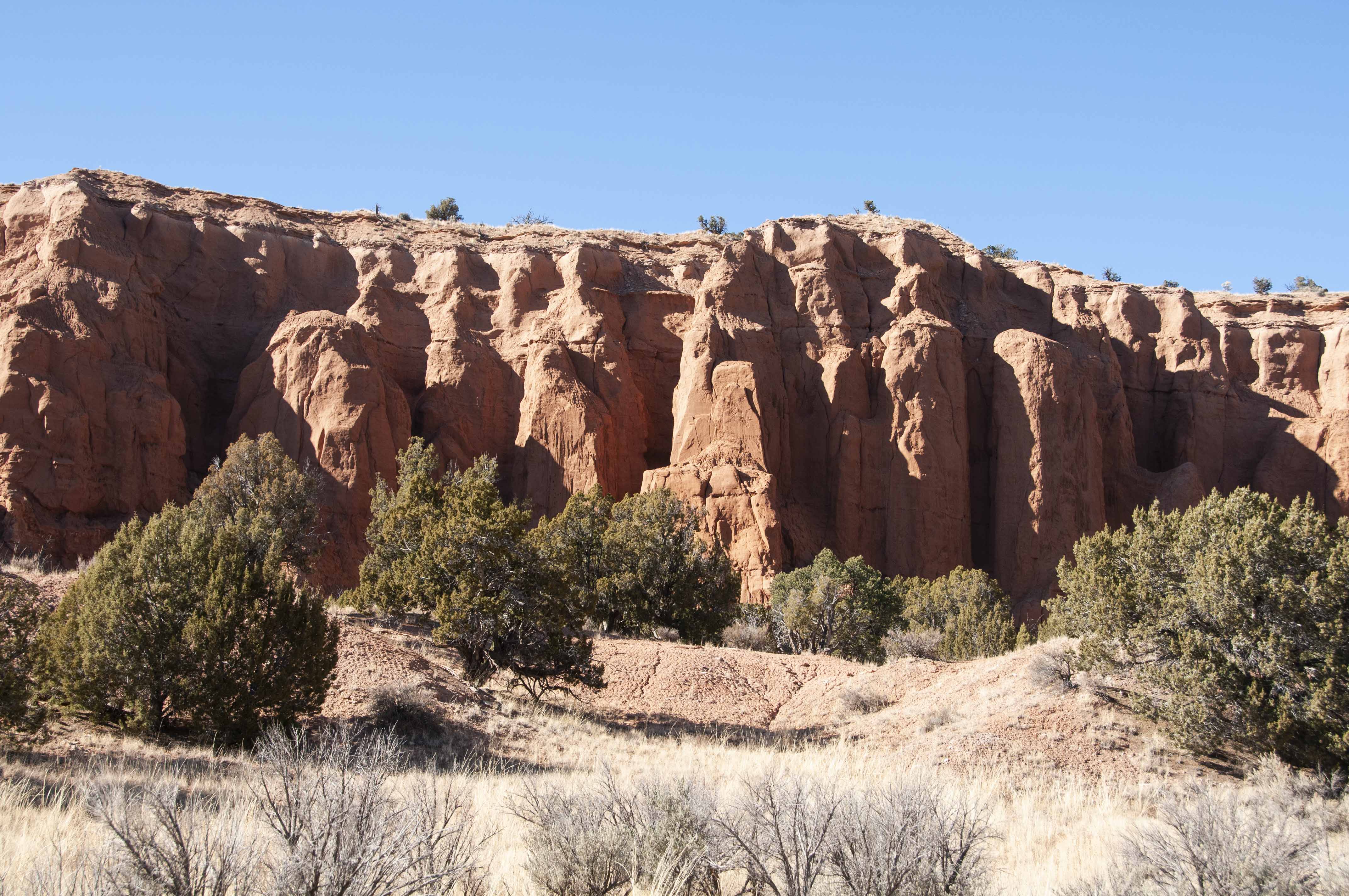 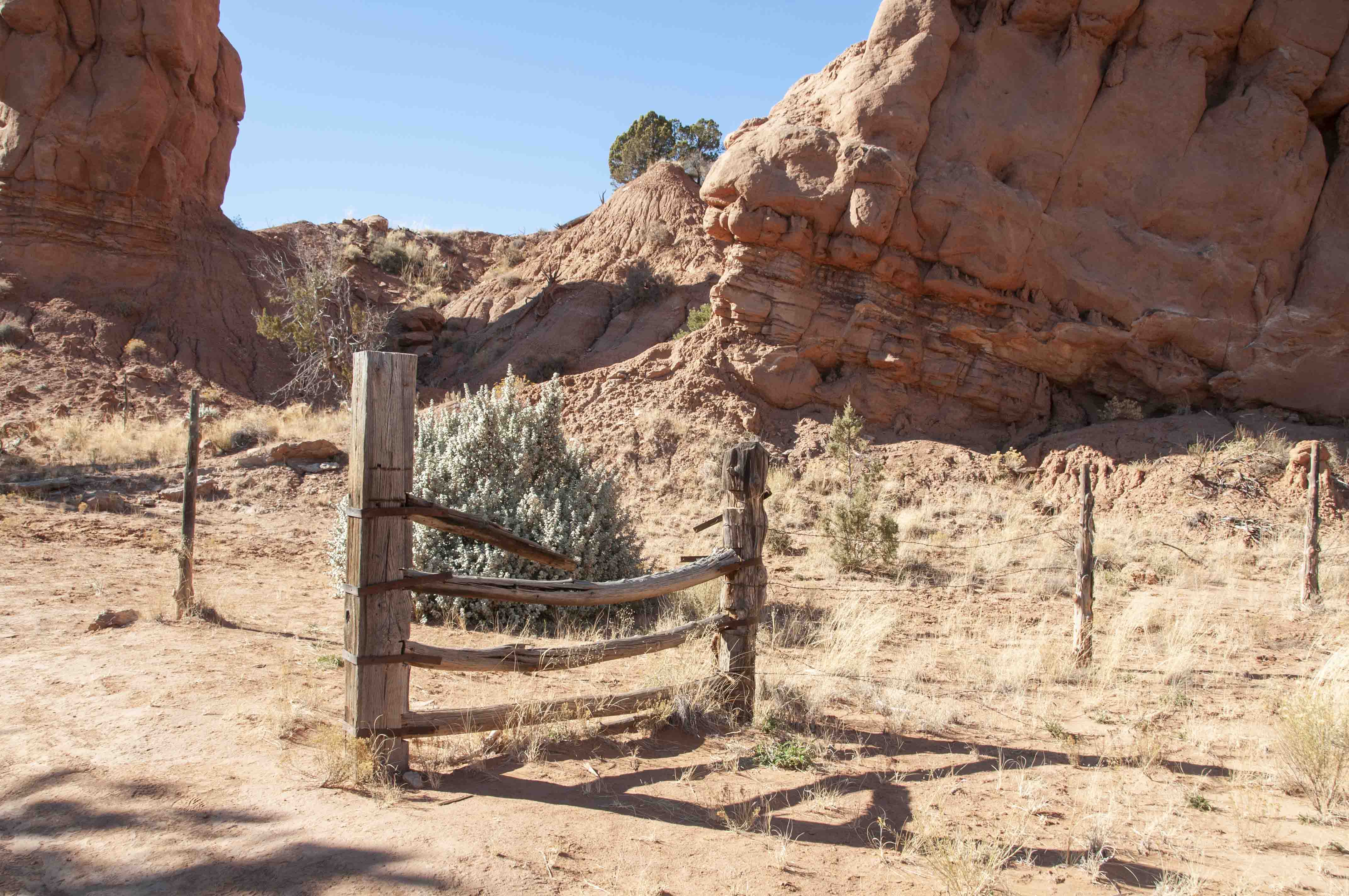 Used to be a cattle fence 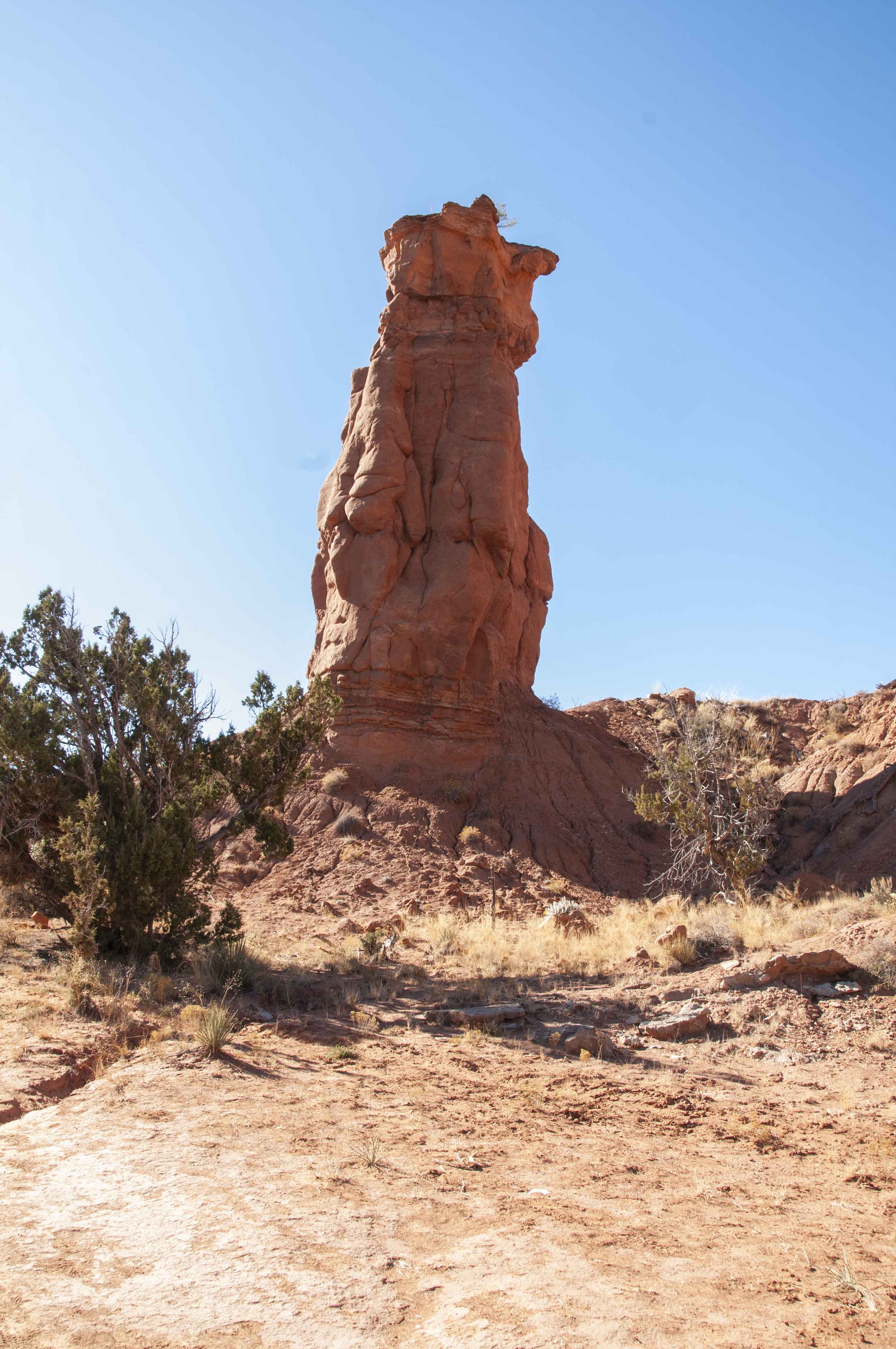 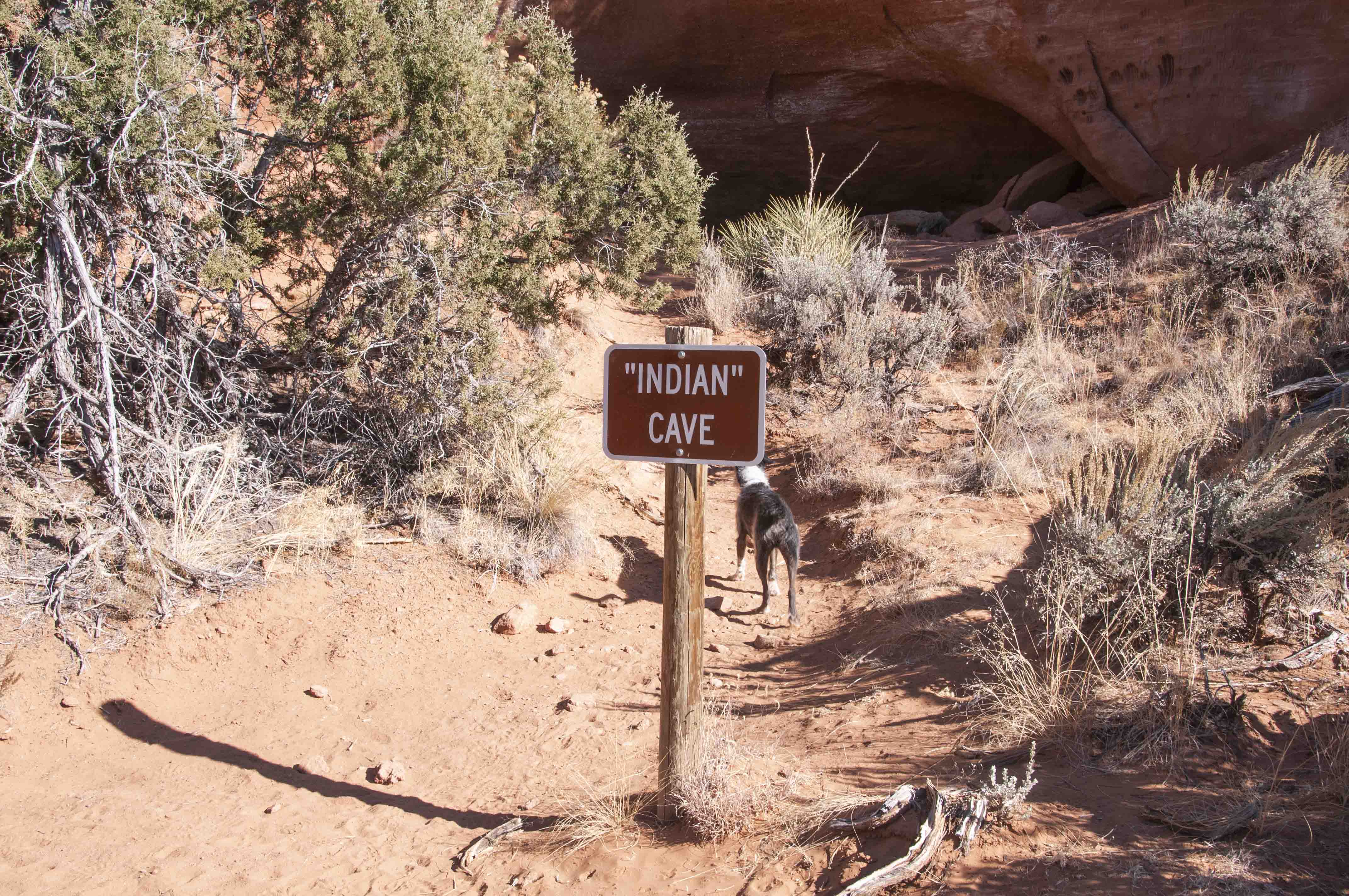 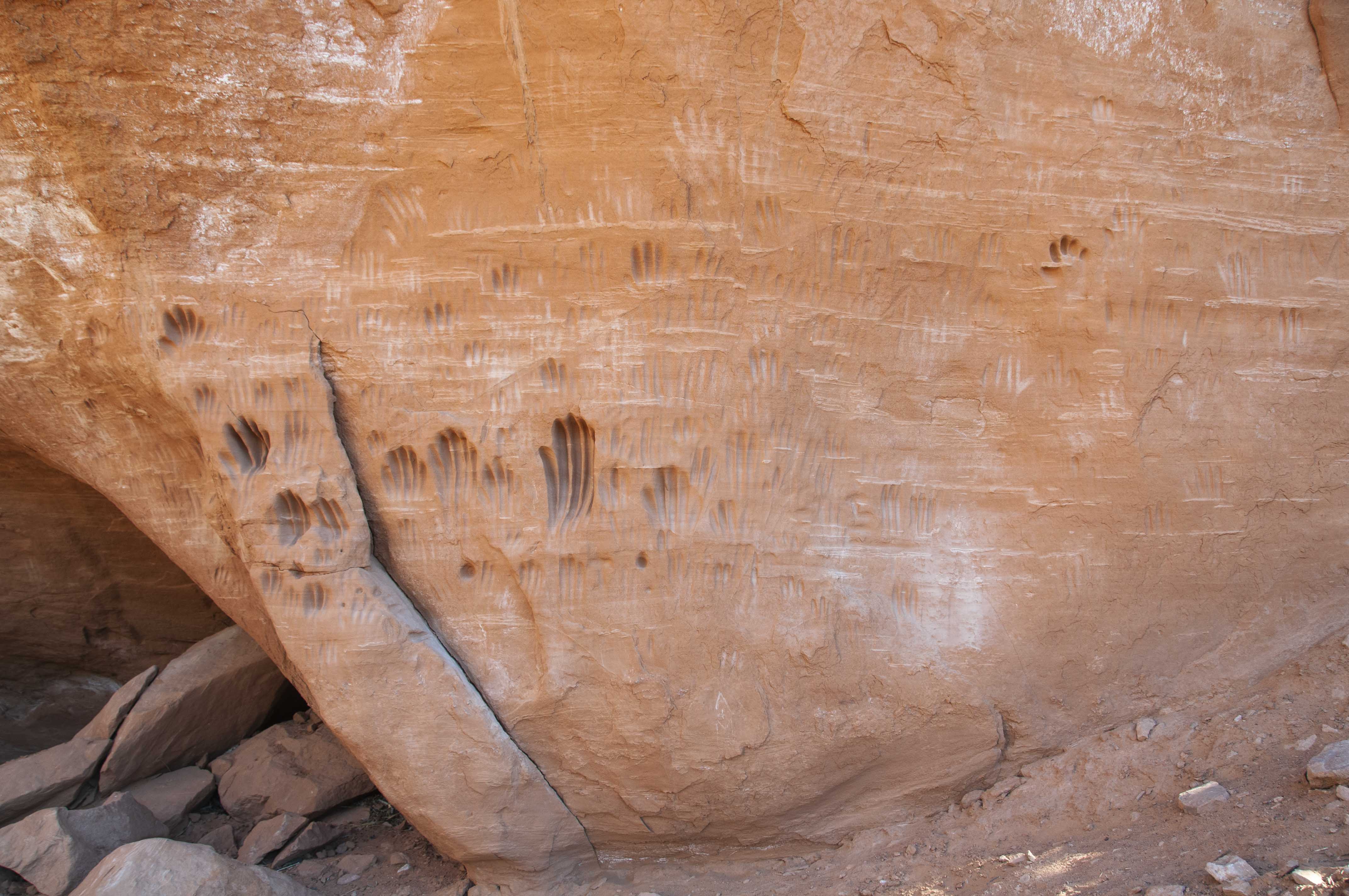 Have no clue what these are 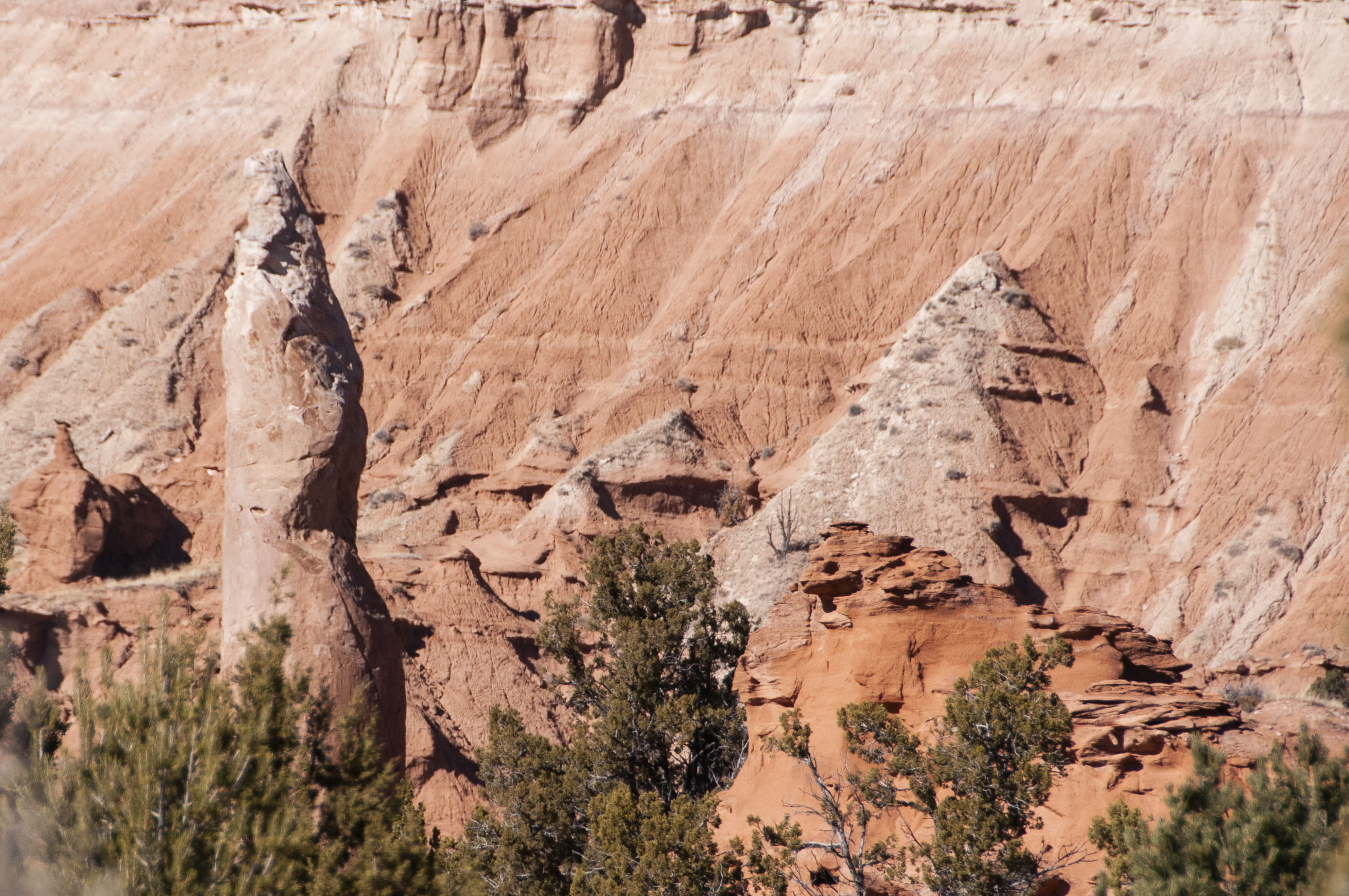