The Battle of Gettysburg was fought over 3 days (July 1-3, 1863) and marked a turning point in the Civil War. It was a disastrous defeat for the Confederacy that ended General Robert E. Lee's second invasion of the North.
July 1: Confederate forces drove Union defenders out of the town of Gettysburg onto Cemetery Hill. Reinforcements for both sides arrived during the night.
July 2: Longstreet's and Hill's divisions first struck the Union left flank at the Peach Orchard, Wheatfield, Devil’s Den, and the Round Tops. Then Ewell's Second Corps attacked the Union right flank on Culp’s and East Cemetery Hills. By the end of the day, Union forces still held Little Round Top and had repulsed most of Ewell’s men.
July 3: Union forces regained control of Culp's Hill during the morning. That afternoon Lee attacked the Union center on Cemetery Ridge. The assault, commonly called Pickett’s Charge, momentarily breached the Union line but was driven back with severe casualties. The Army of Northern Virgina was spent, and on the night of July 4th, Lee began his retreat across the Potomac River into Virginia.
The battlefield became a national military park in 1895, and came under the jurisdiction of the National Park Service in 1933. 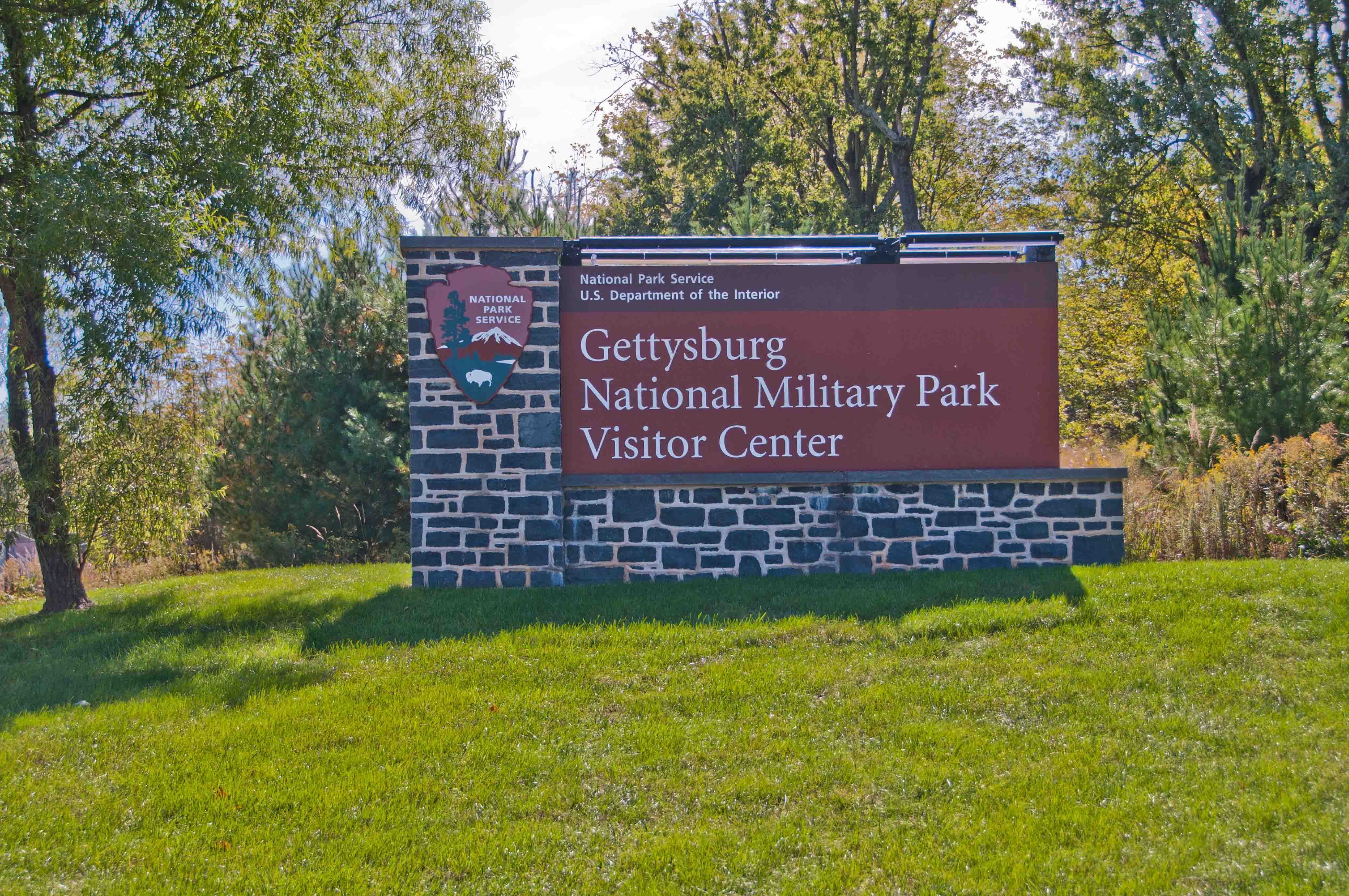 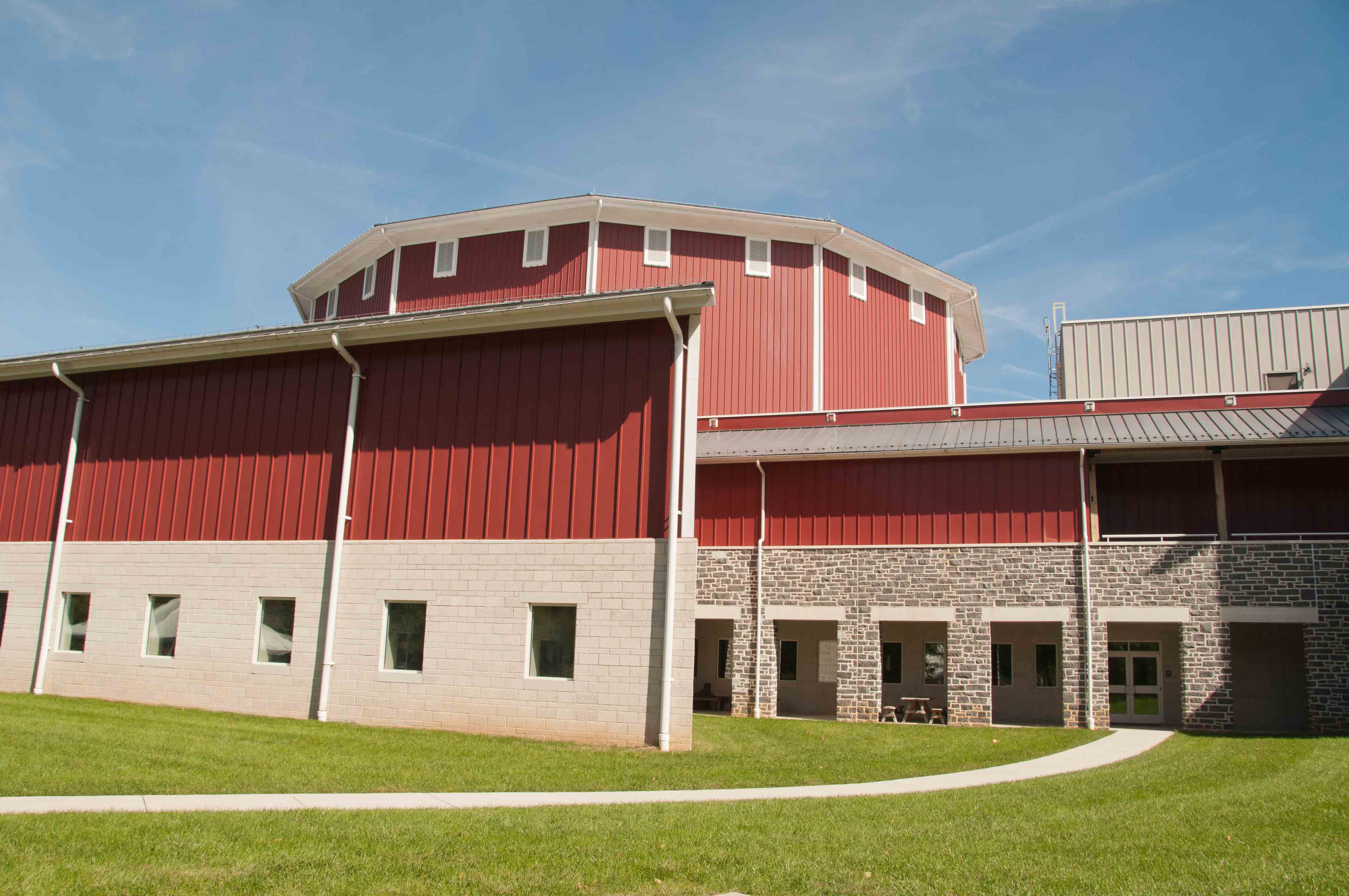 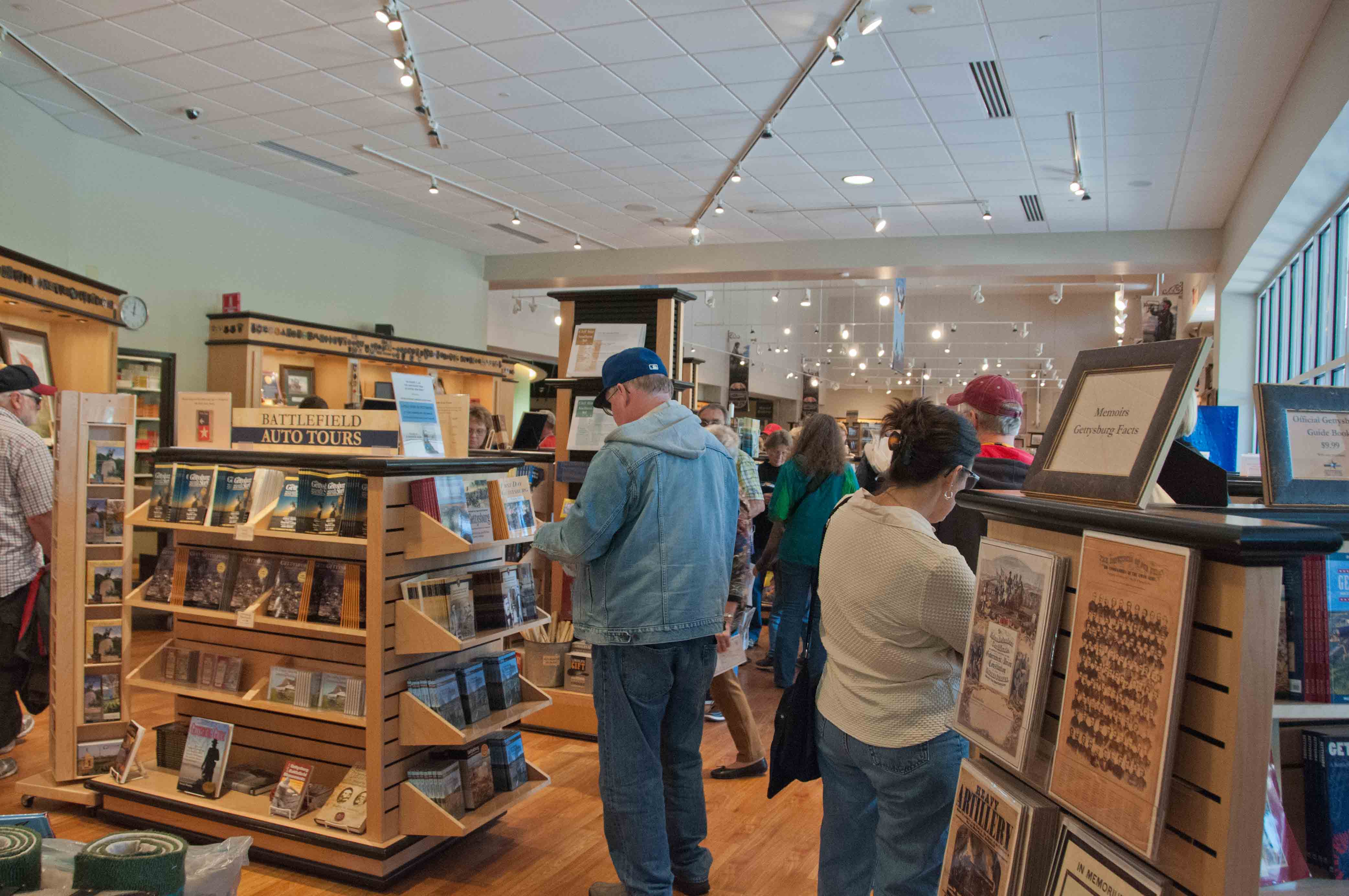 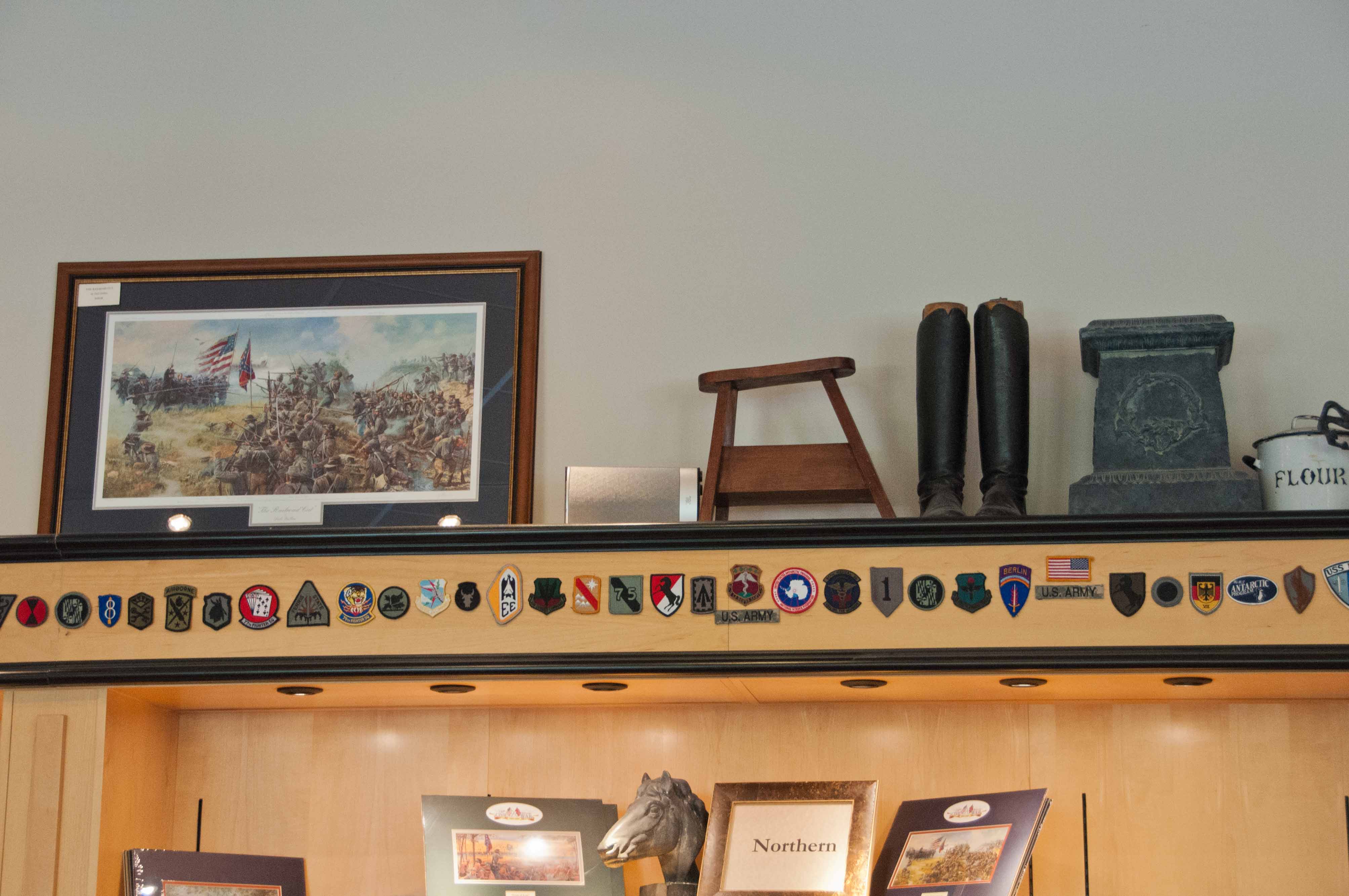 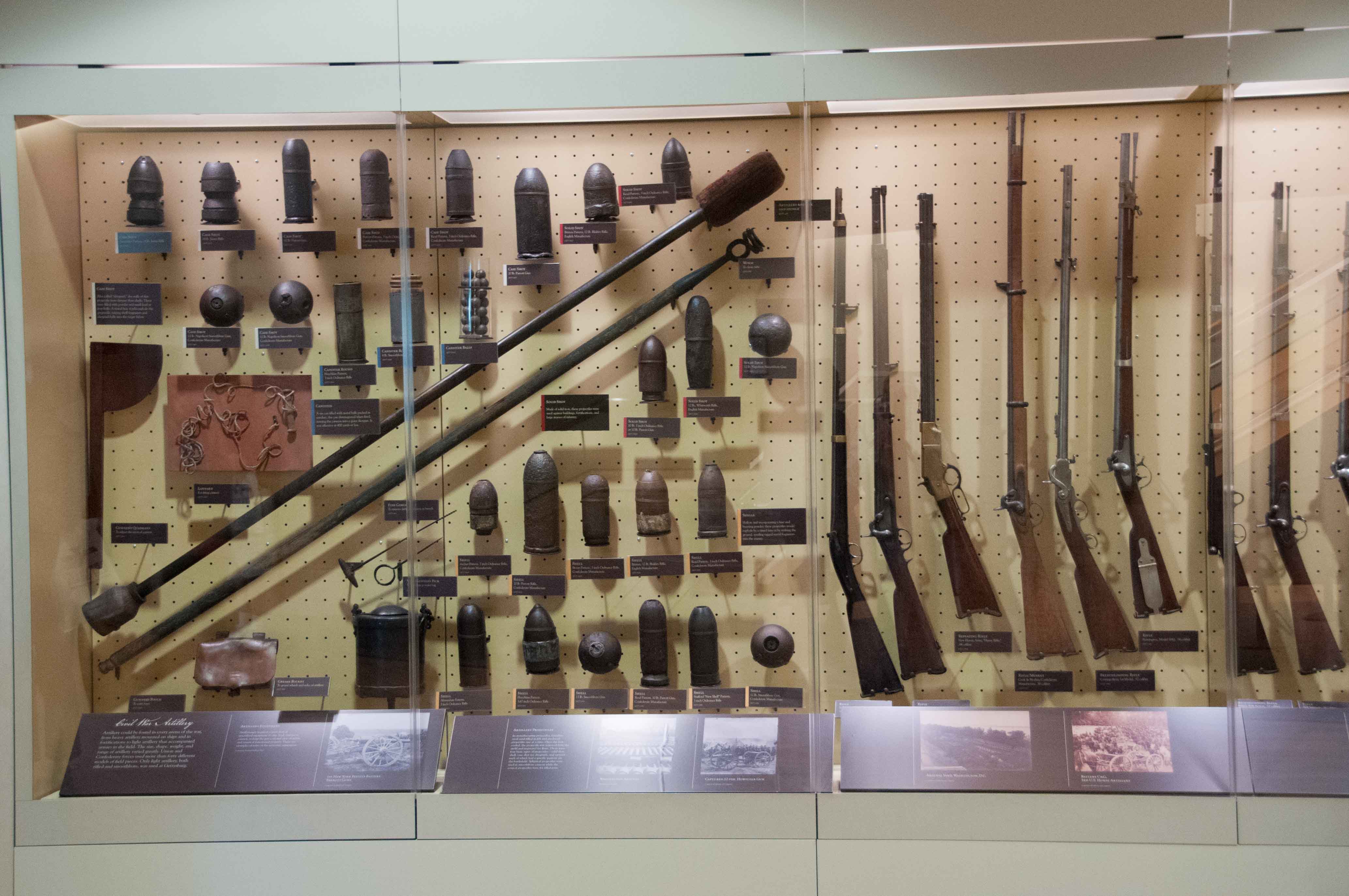 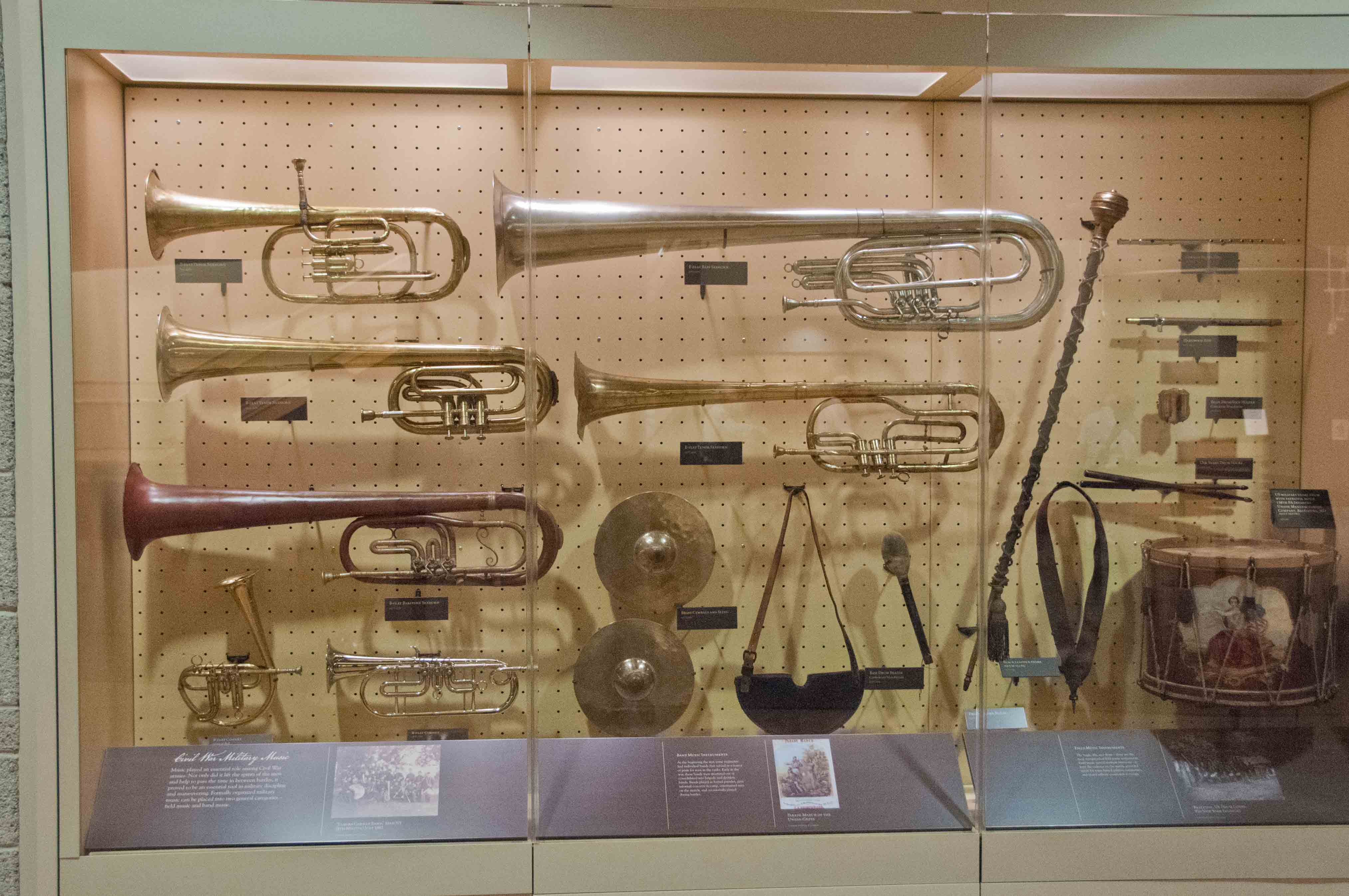 The Army of Northern Virginia commanded by Robert E. Lee numbered about 72,000 men divided into 3 corps. Each corps was divided into 3 divisions, and each division divided into 3 or 4 brigades plus an artillery battalion. Each brigade in turn contained 4 or 5 regiments plus an occasional additional unit (sharpshooter battalion, etc). There was also an artillery reserve and Jeb Stuart's cavalry division. Practically all of First Corps and most of Second and Third Corps regimental commanders were killed, wounded, or captured during the 3 day battle. Confederate forces took up positions on Seminary and Warfield Ridges. A valley containing the Peach Orchard, the Wheatfield, and Devils Den separated them from the Union Forces. 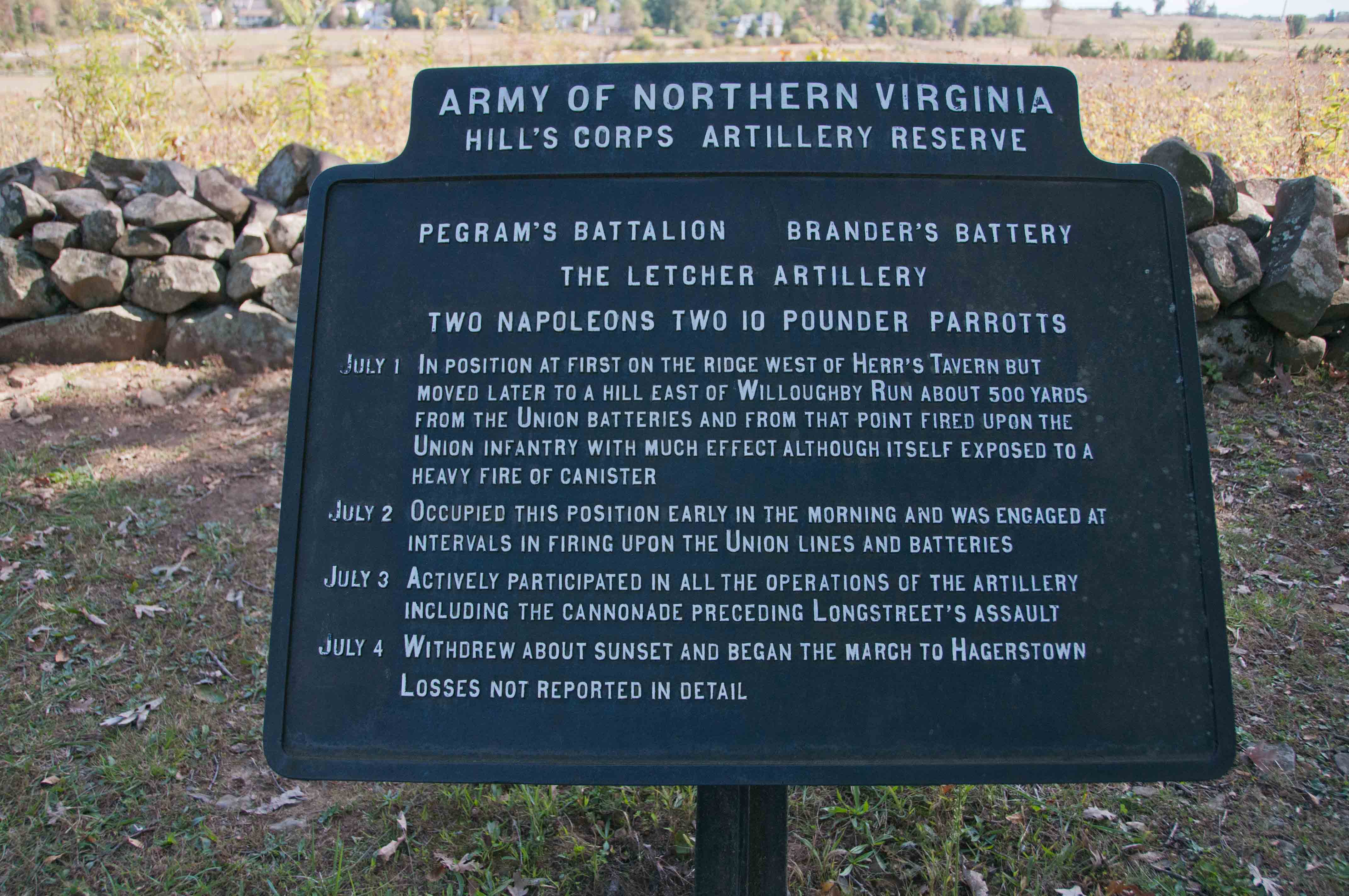 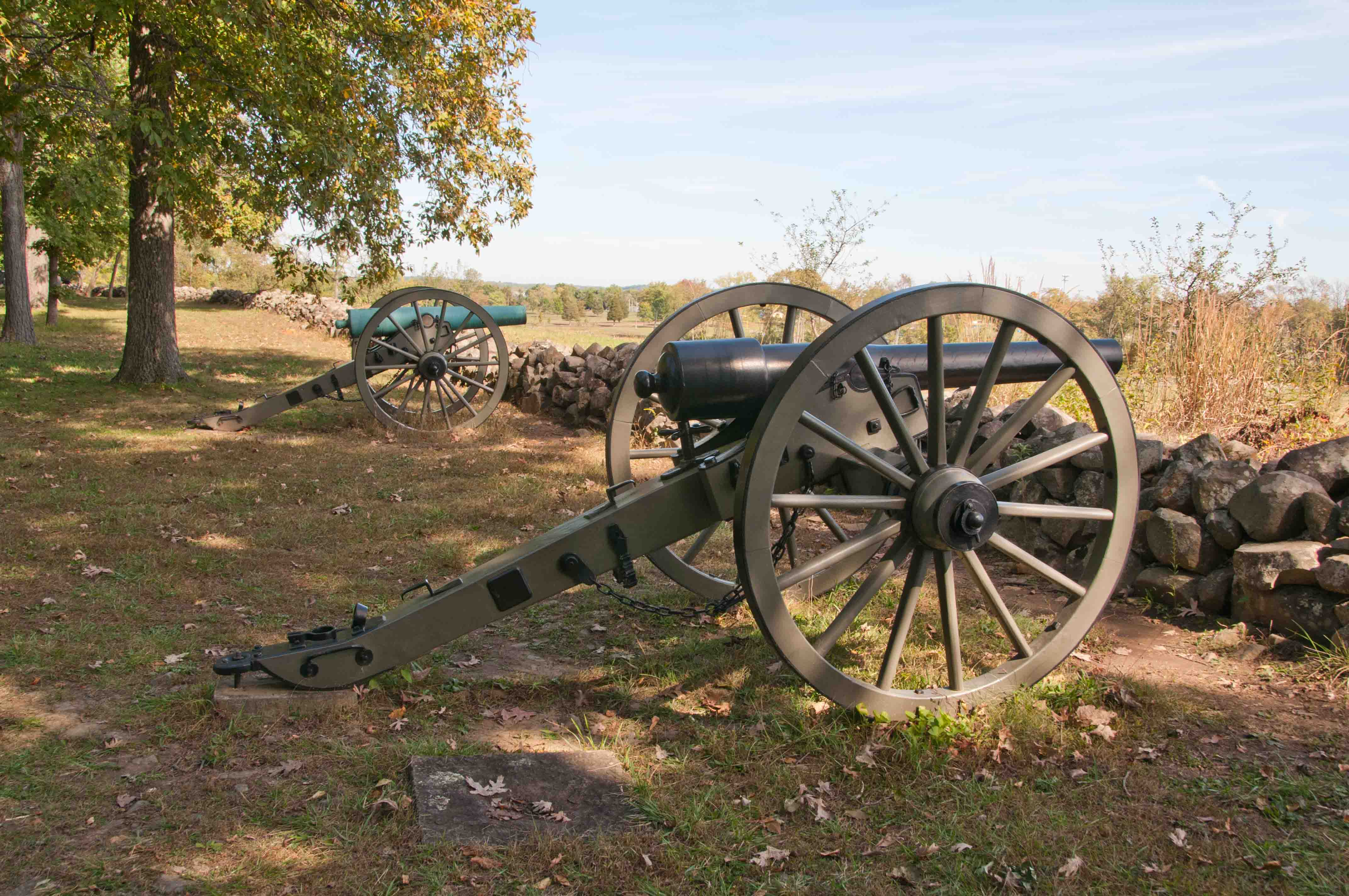 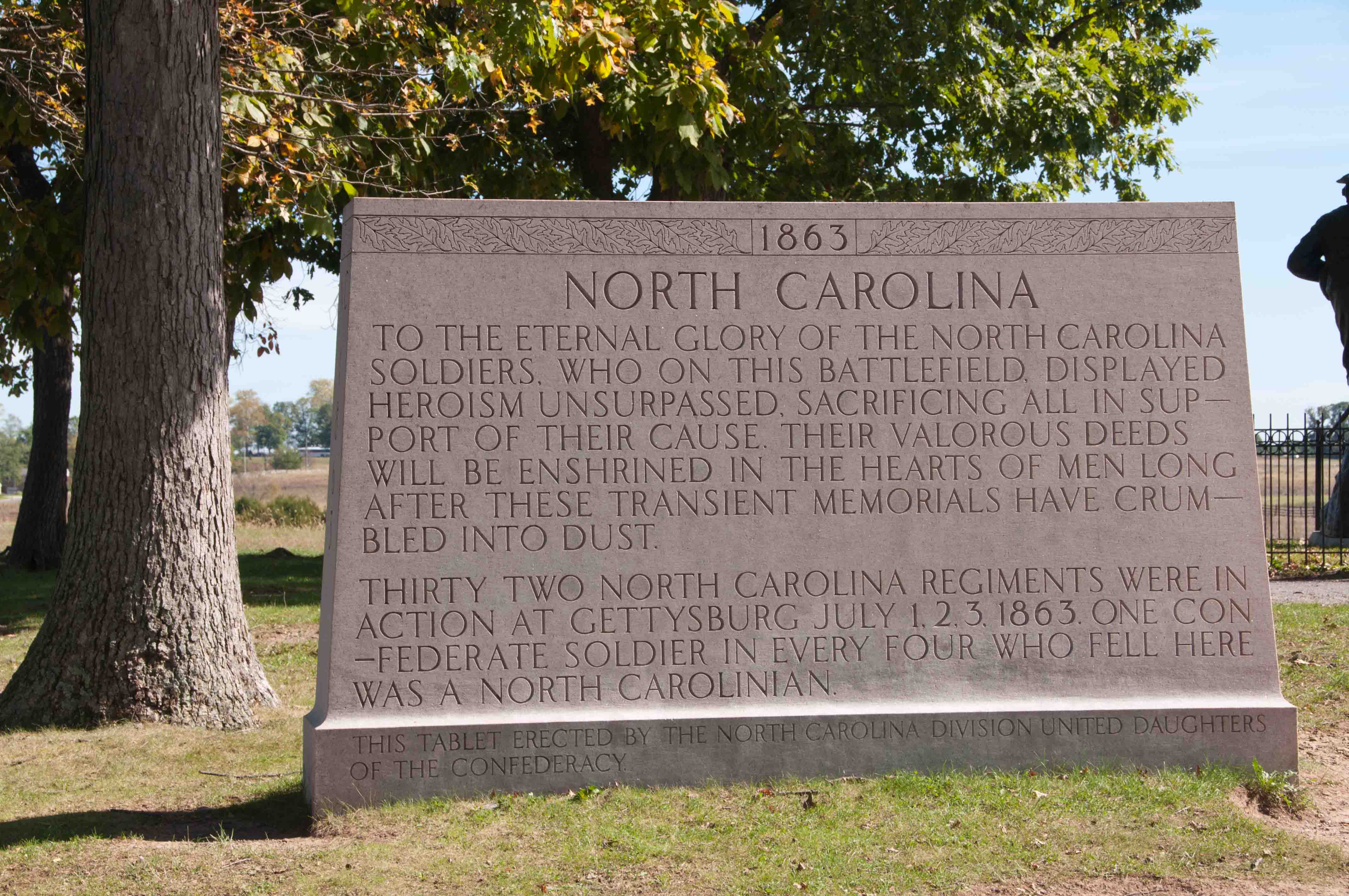 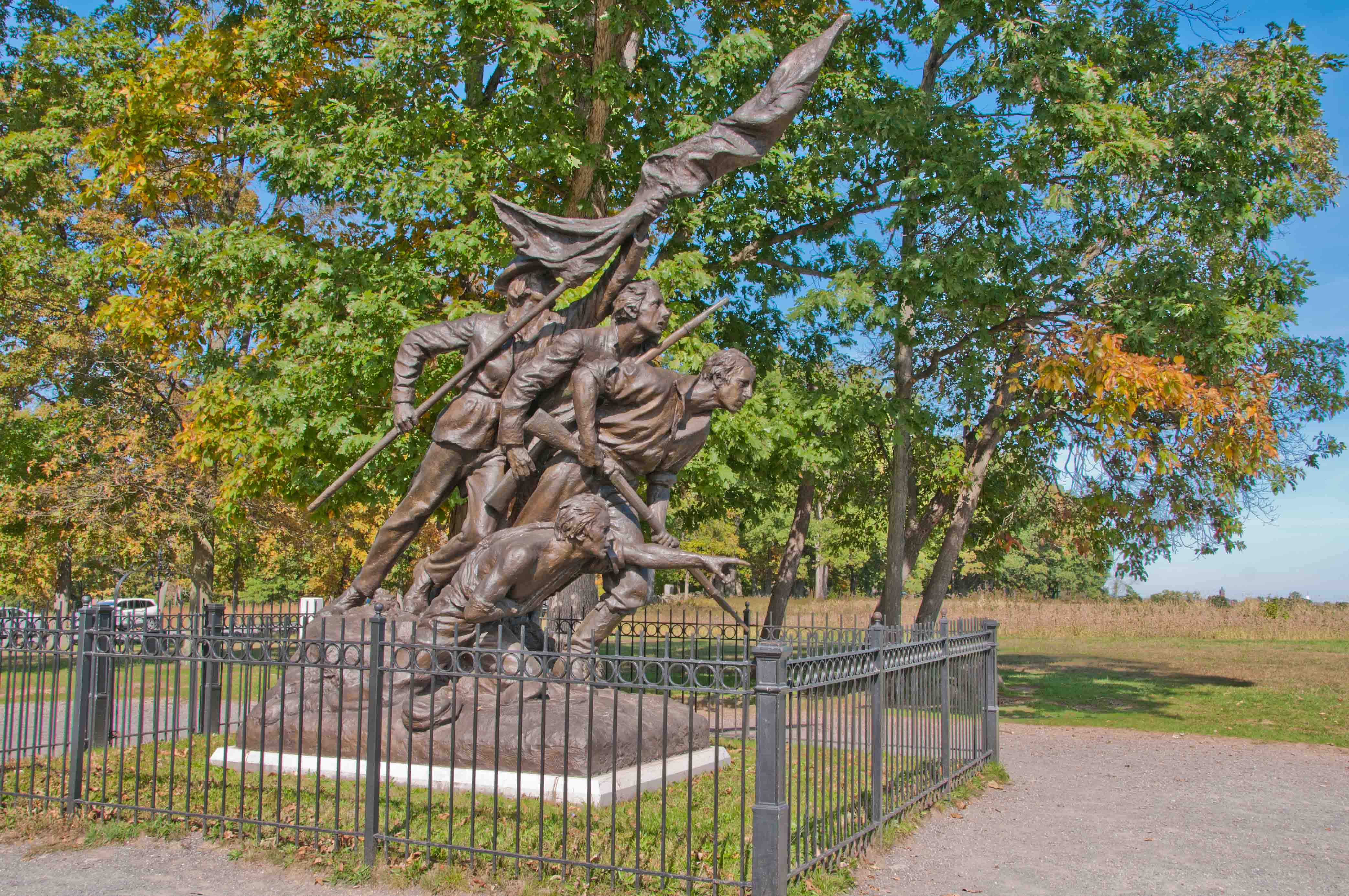 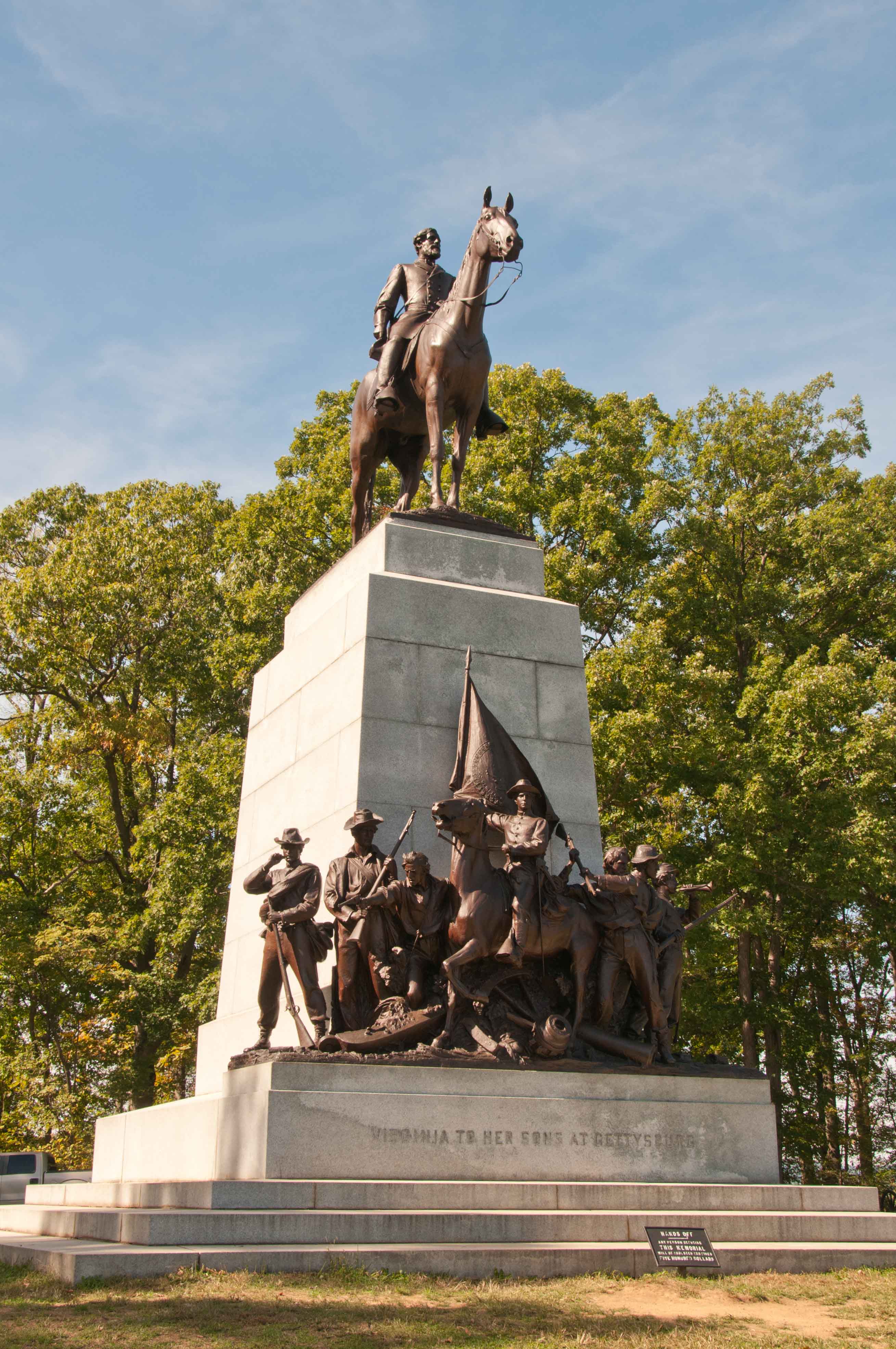 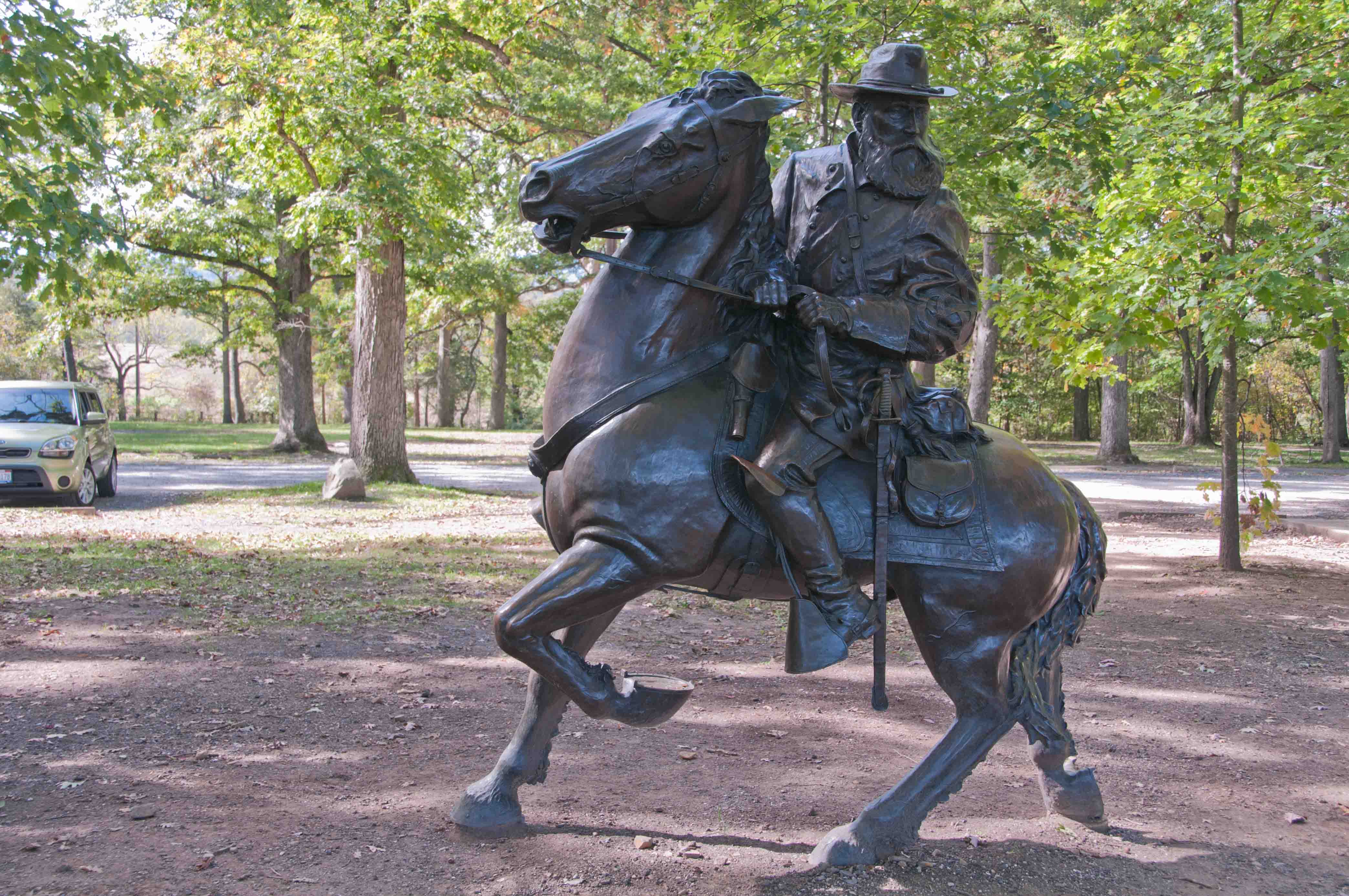 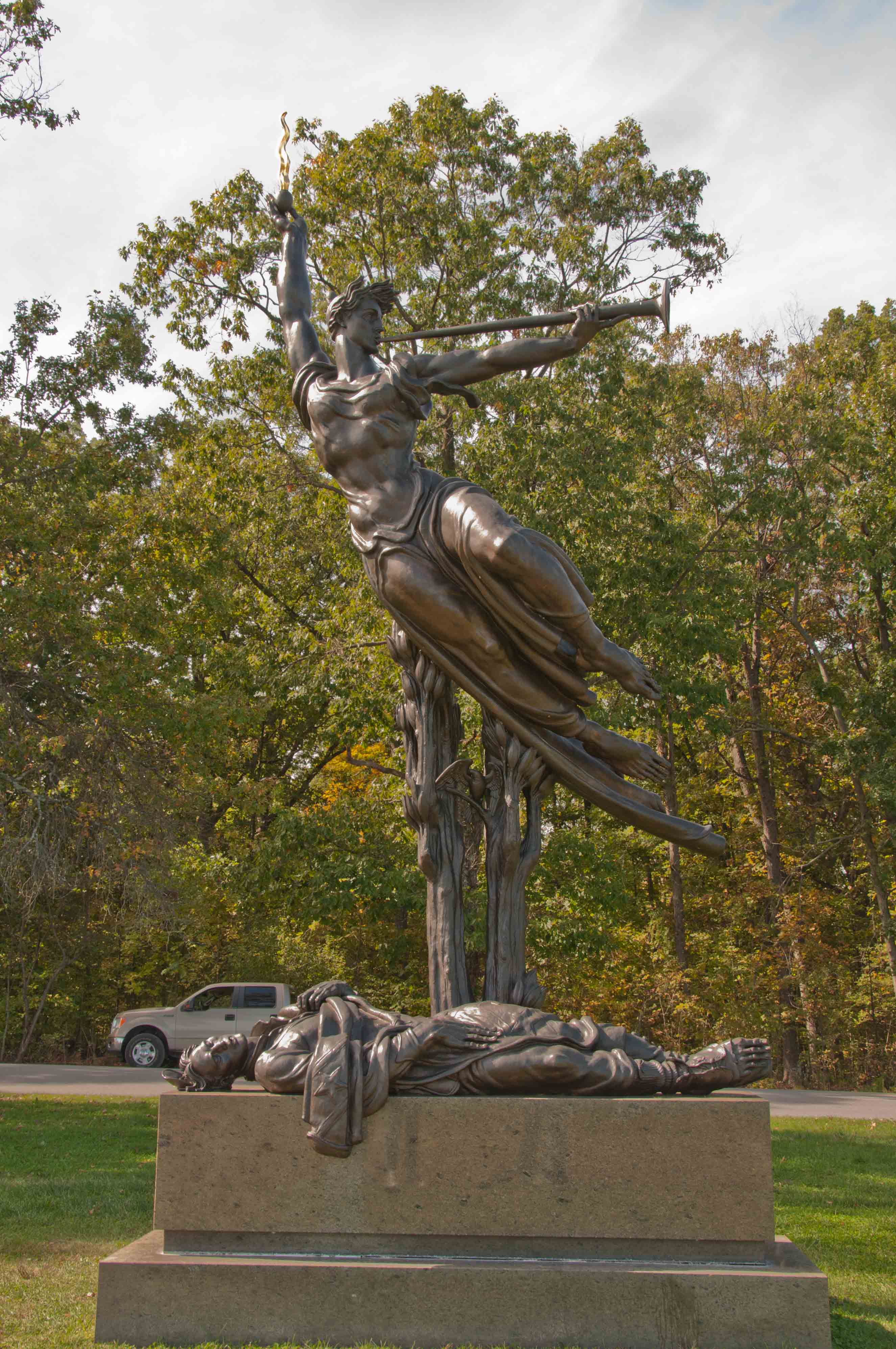 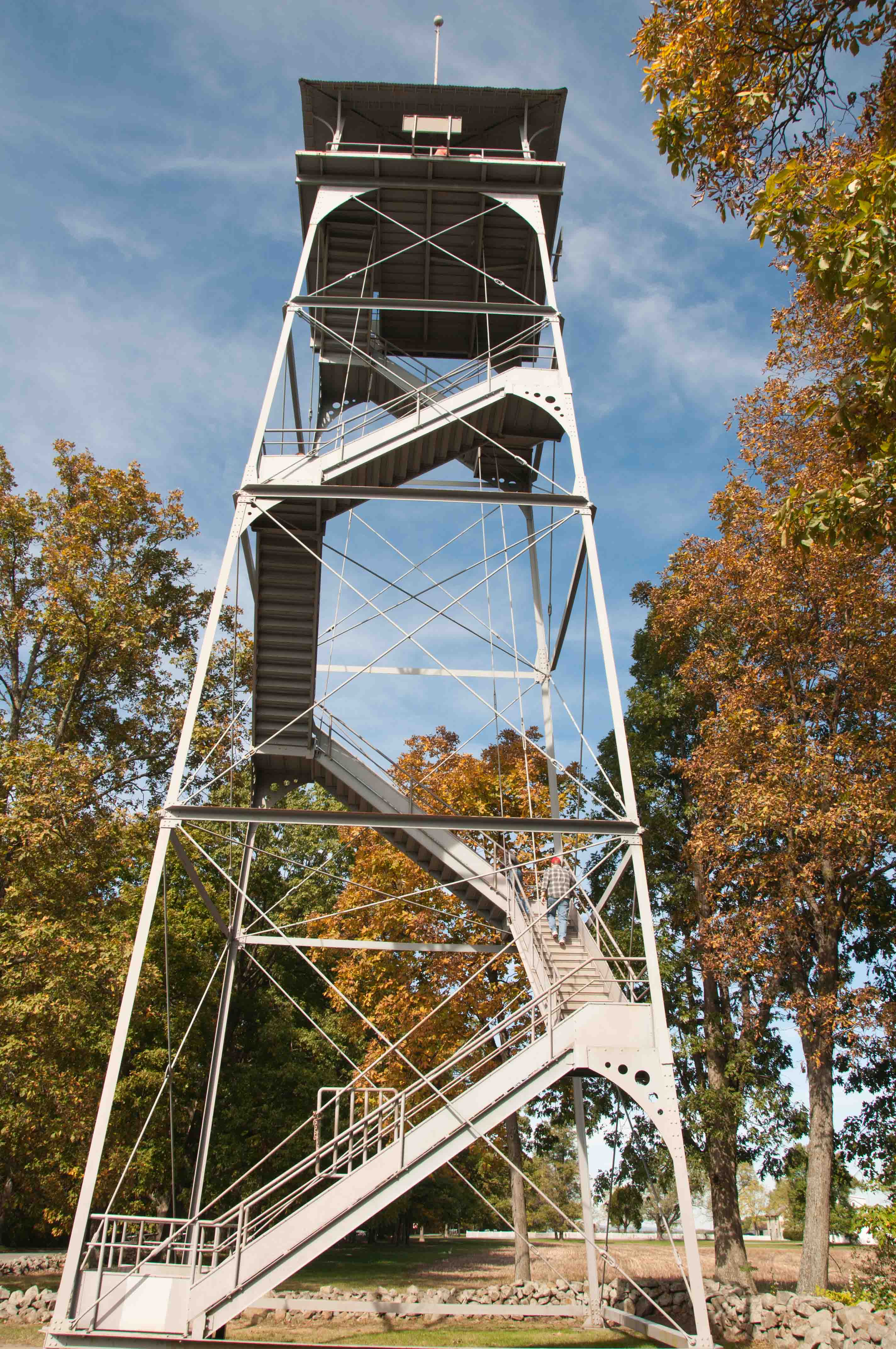 The Army of the Potomac, commanded by George G. Meade, numbered about 94,000 troops divided into 7 corps (I, II, III, V, VI, XI, and XII) plus a calvary crops and artillery reserve. Each corps was divided into 2 or 3 divisions, and each division into 2 or 3 brigades. Some divisions also contained an artillery brigade. Brigades were further divided into 3 to 6 regiments, usually designated by a number and the state where the regiment was formed (4th Maine, 72nd New York, etc). Regular army units were designated as United States regiments (6th U.S. regiment). Referencing the photos below, Col. O'Rourke was ordered by Gen. Warren to defend Little Roundtop. This he successfully did, driving the Confederates from the hill, although at the cost of his life. 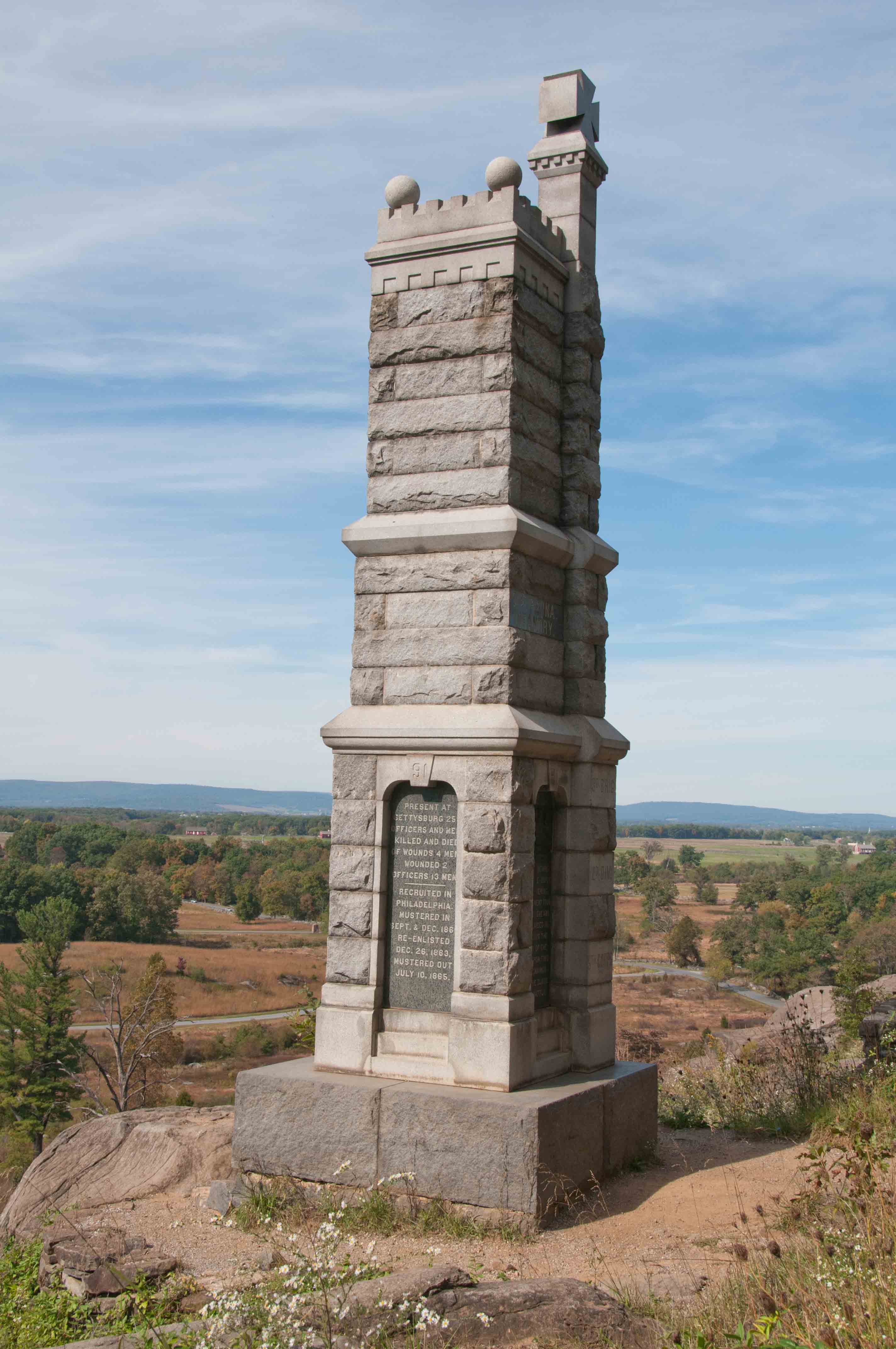 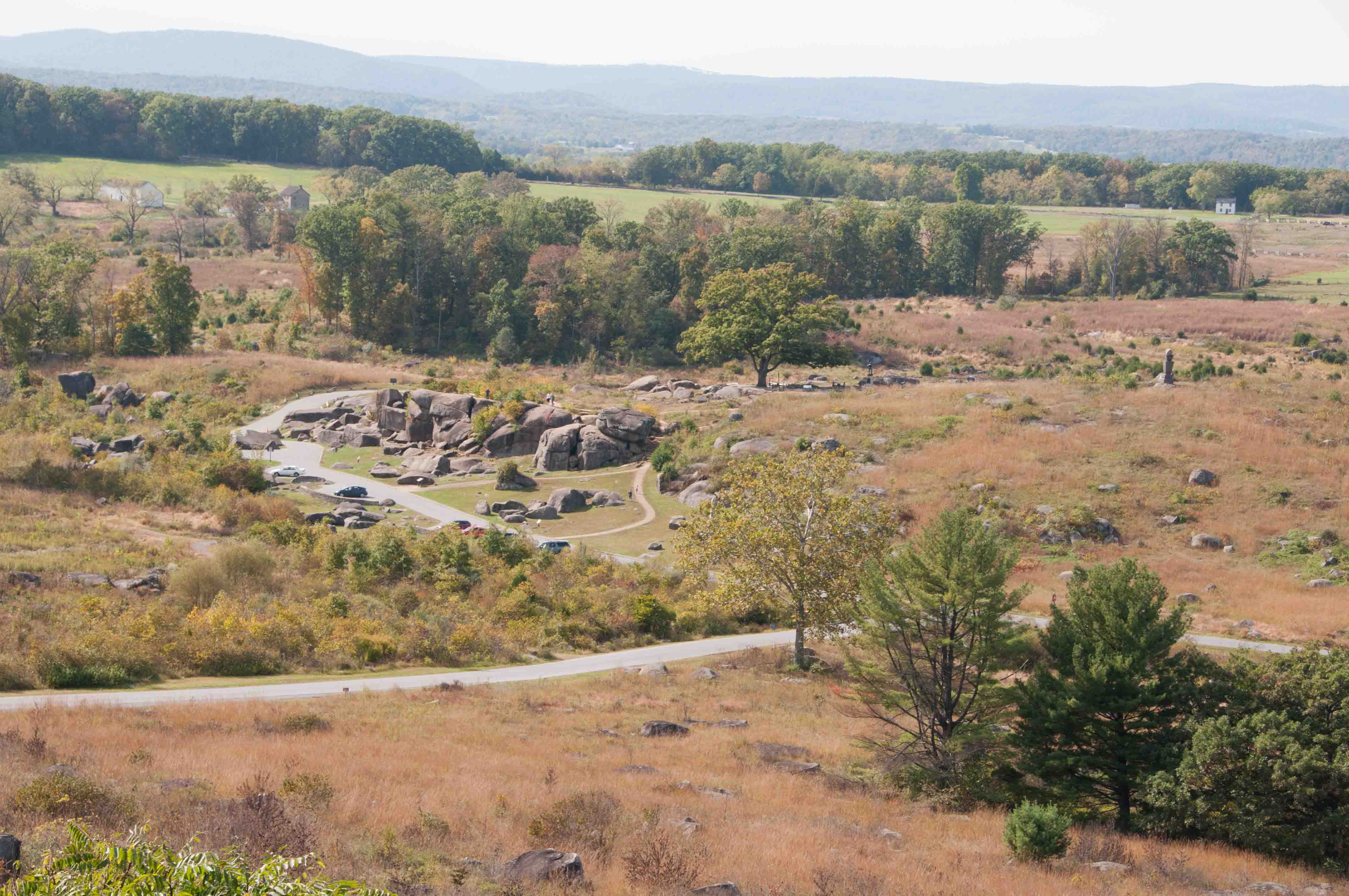 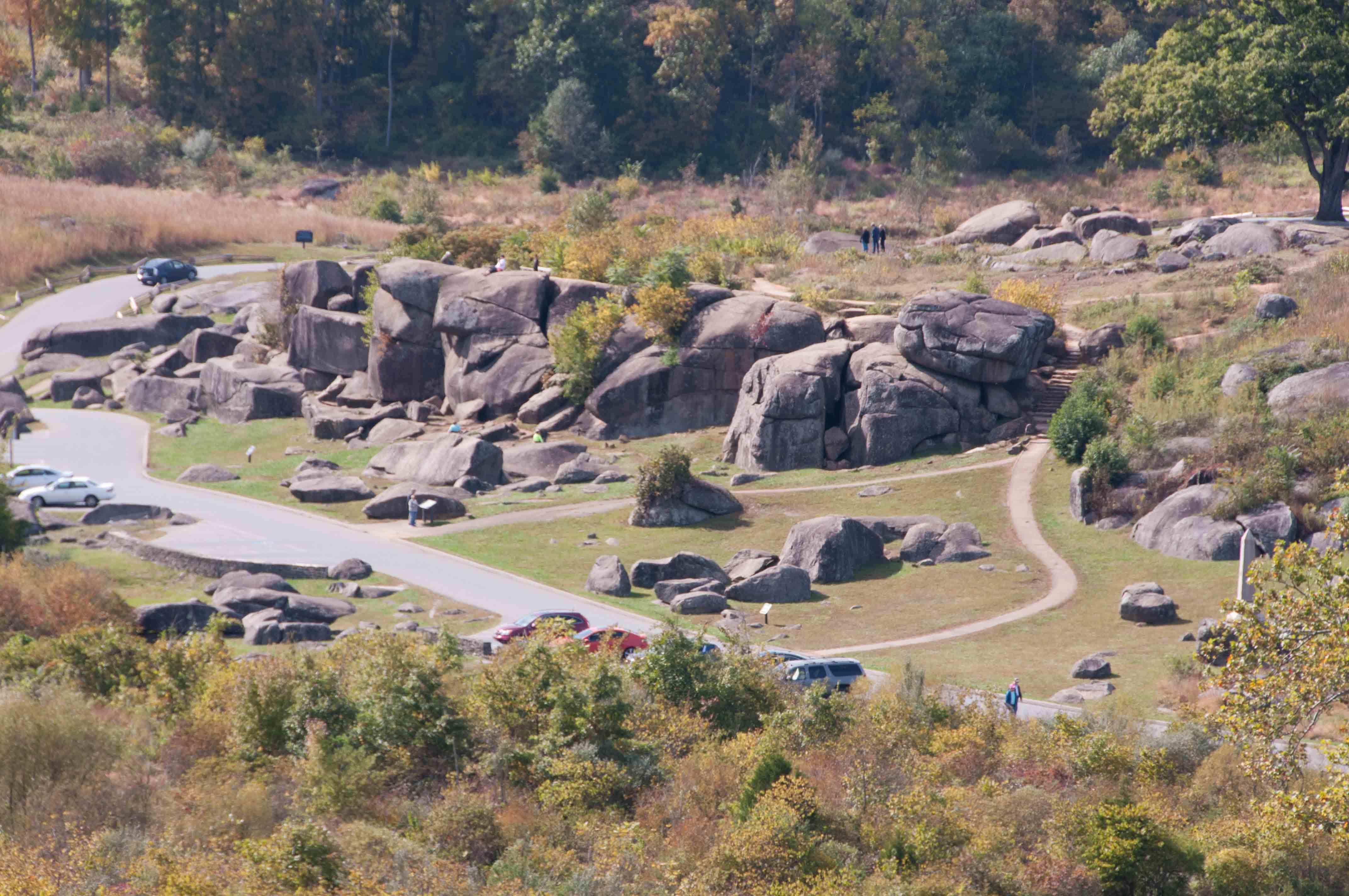 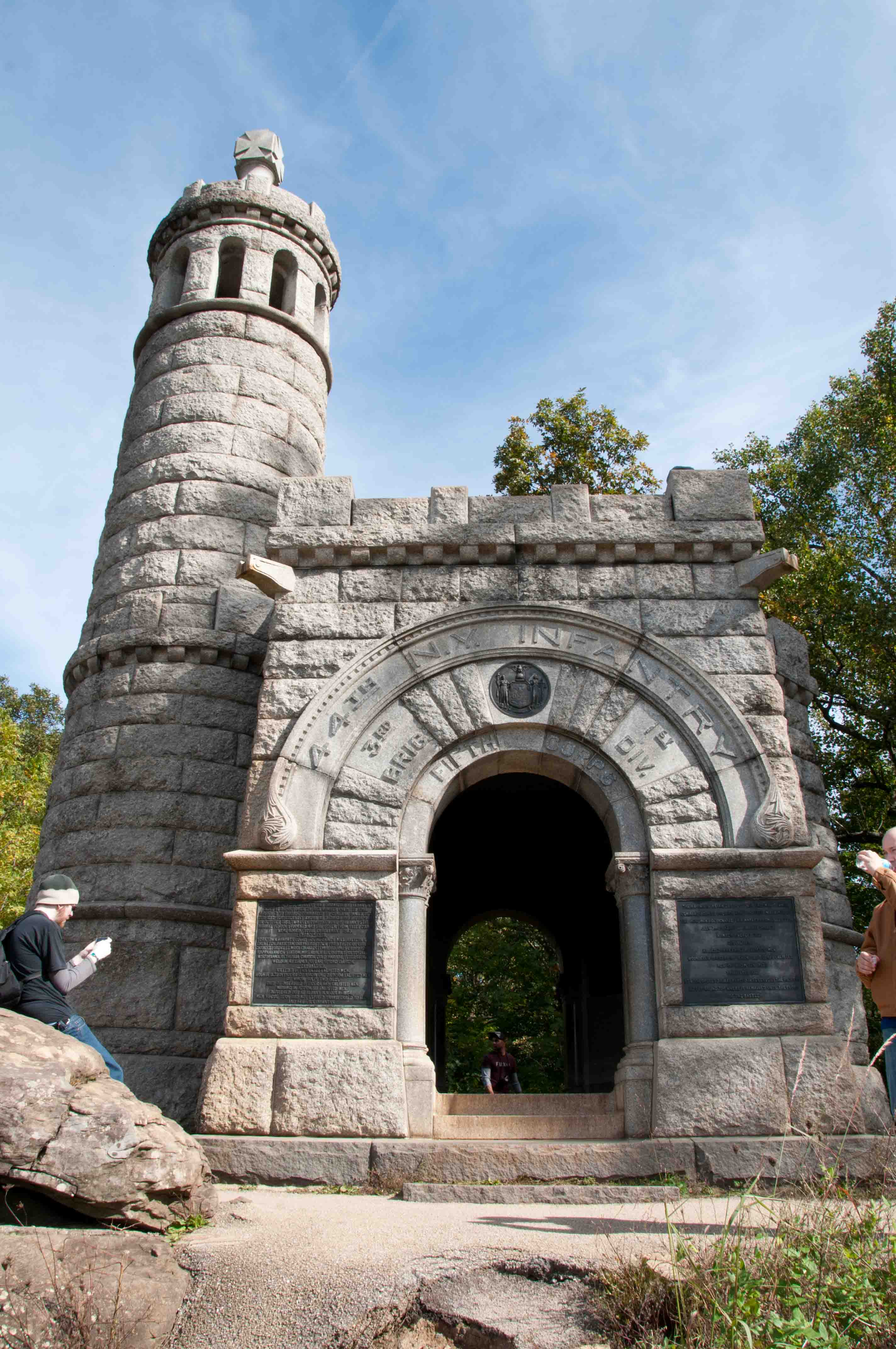 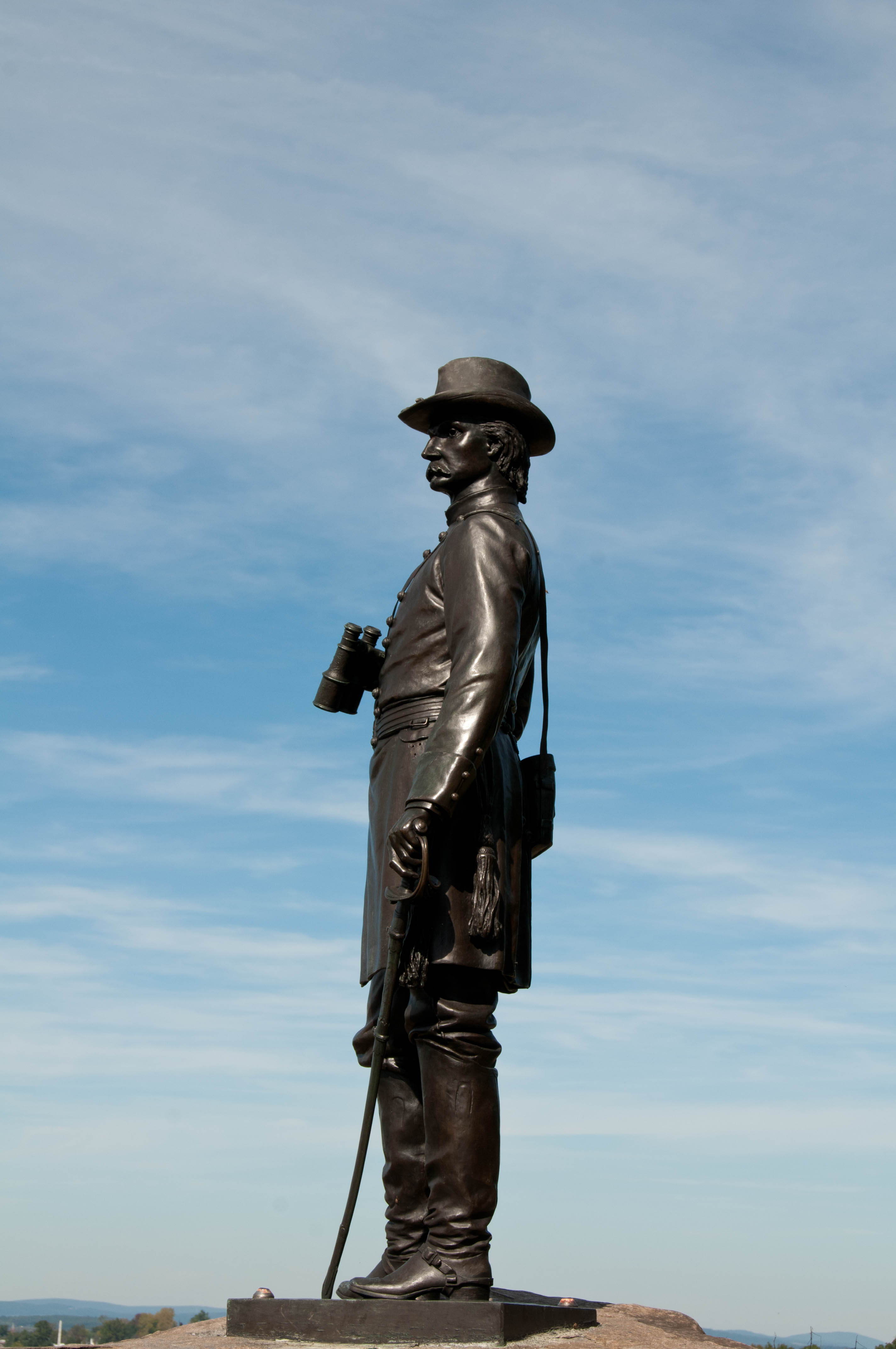 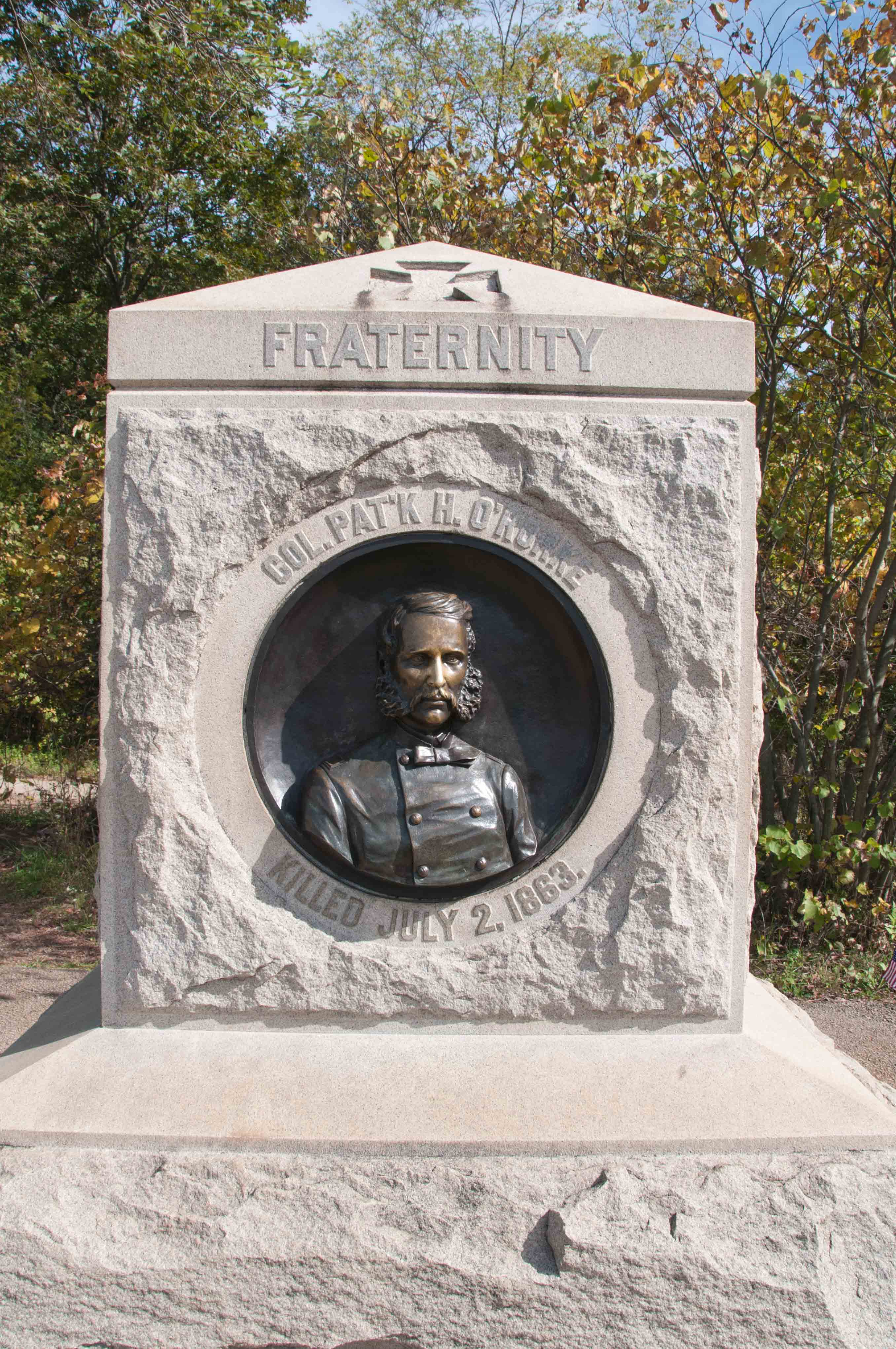 The Battle of Gettysburg produced the highest number of casualties of any battle of the Civil War, although Antietam had the most casualties in a single day. Casualties numbered about 23,000 out of 94,000 Union troops (with more than 3,100 killed); About 28,000 of the more than 71,000 Southerners were casualties (with 3,900 killed). The Soldiers' National Cemetery (now called the Gettysburg National Cemetery) was dedicated at the site in November 1863. It was during this dedication that Pres. Abraham Lincoln delivered his famous Gettysburg Address. 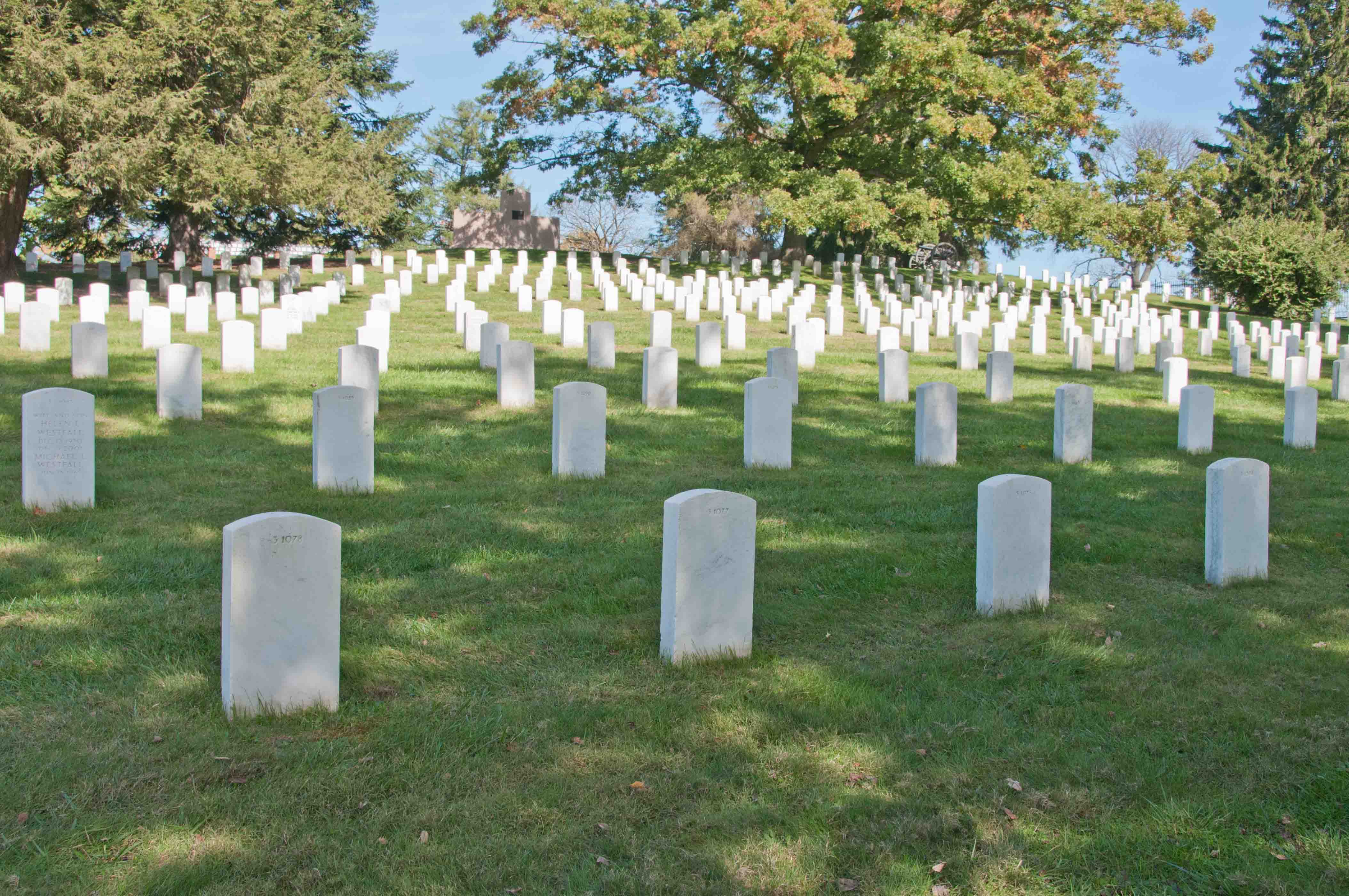 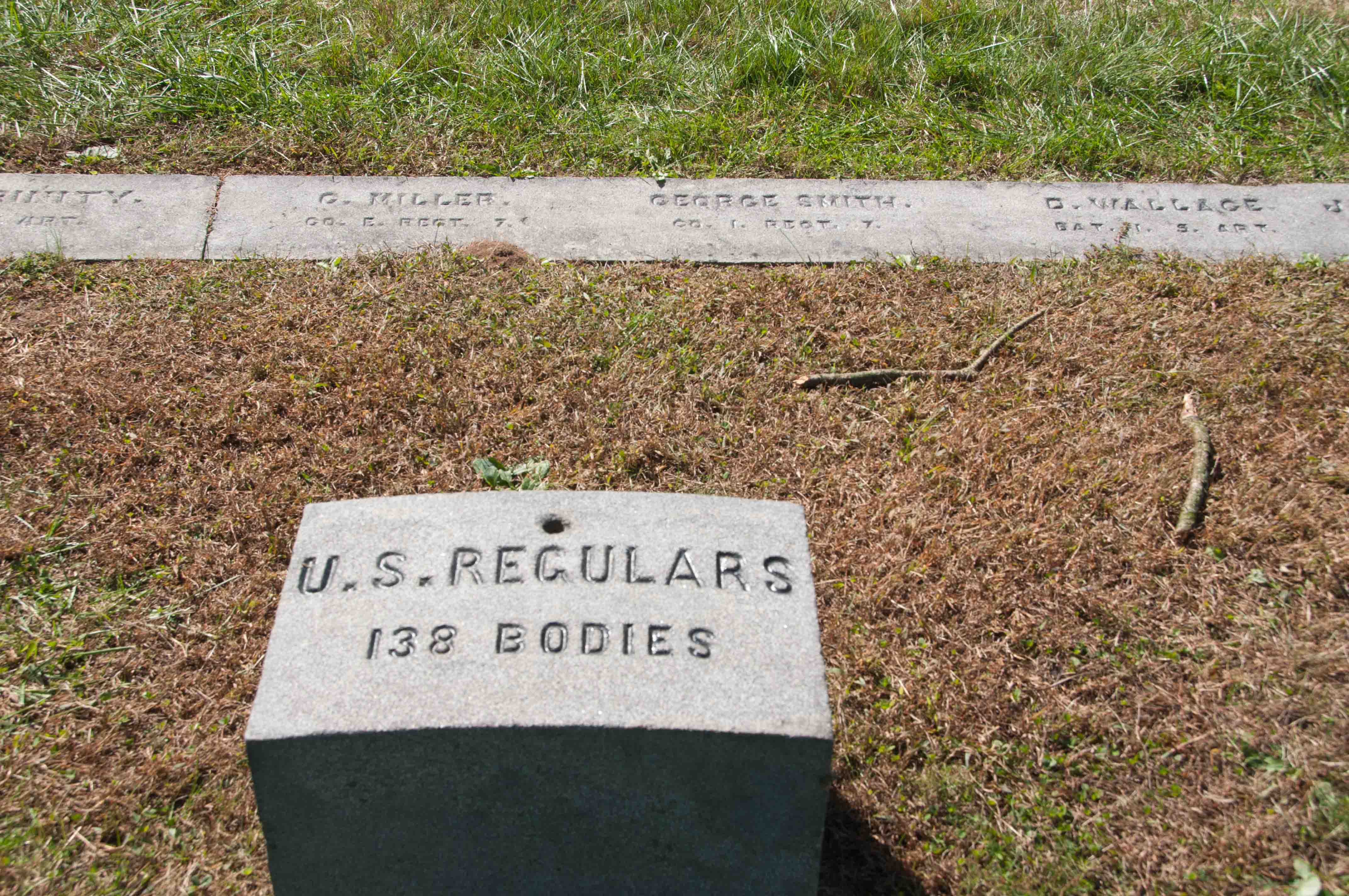 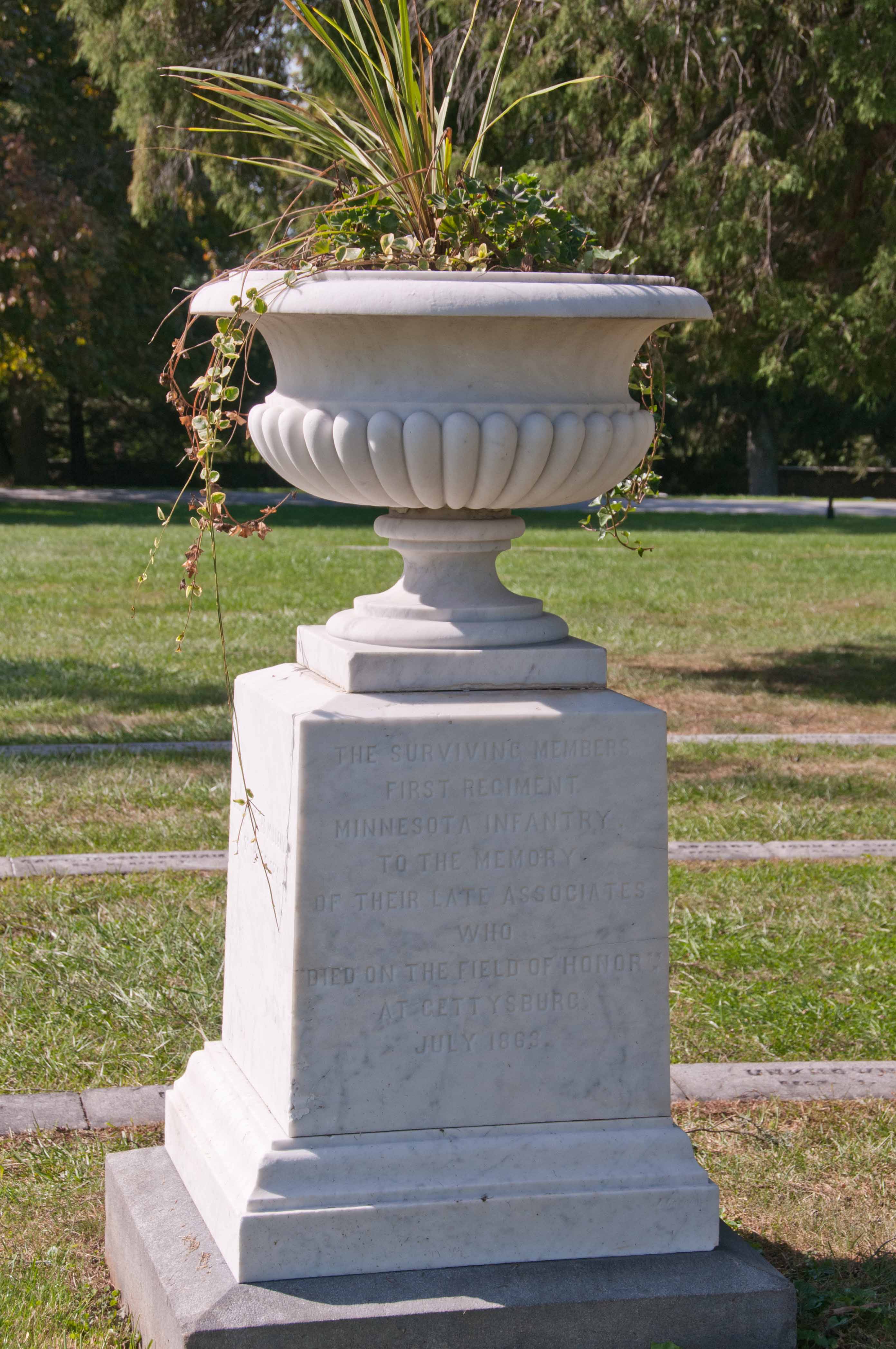 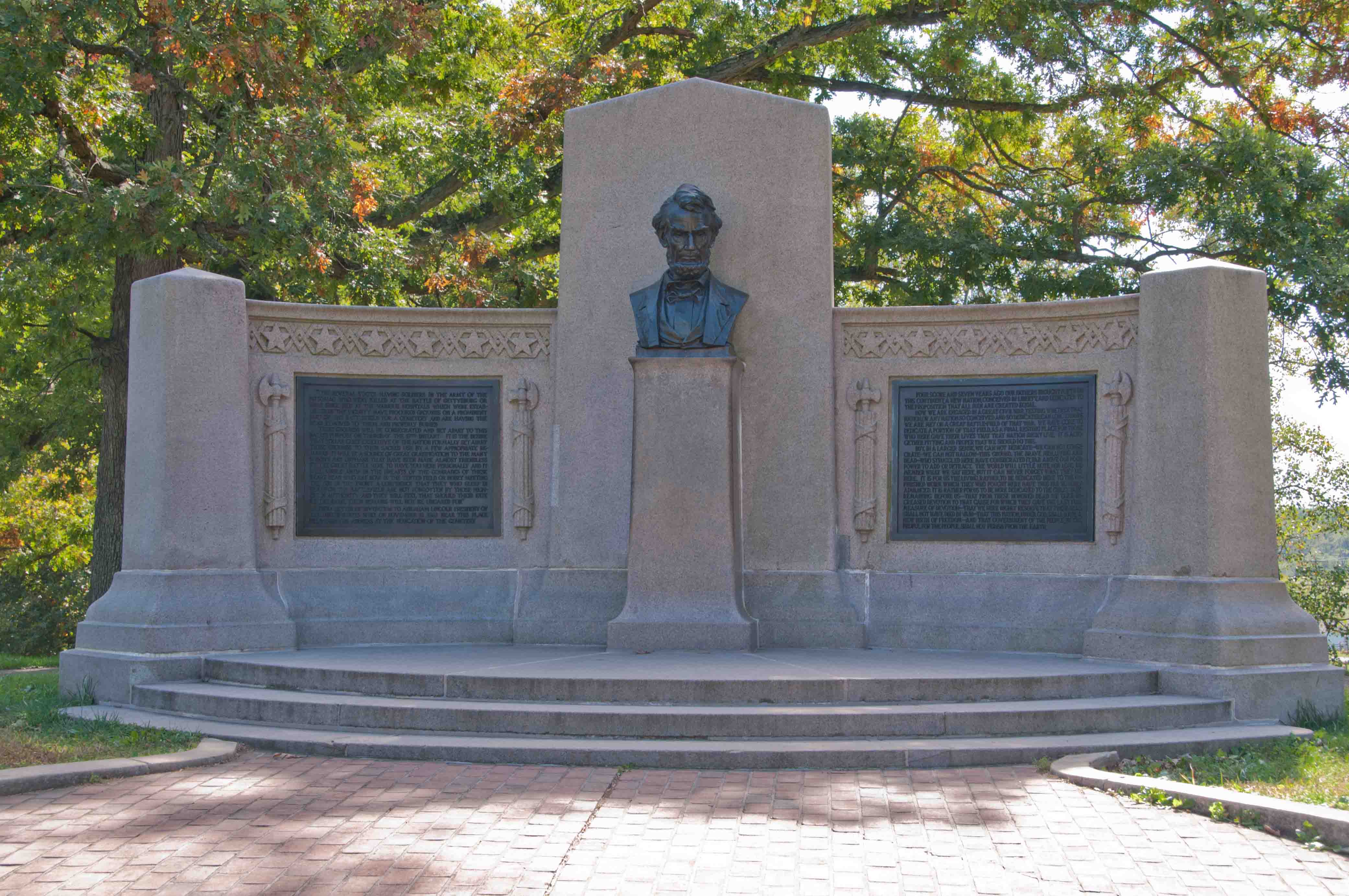 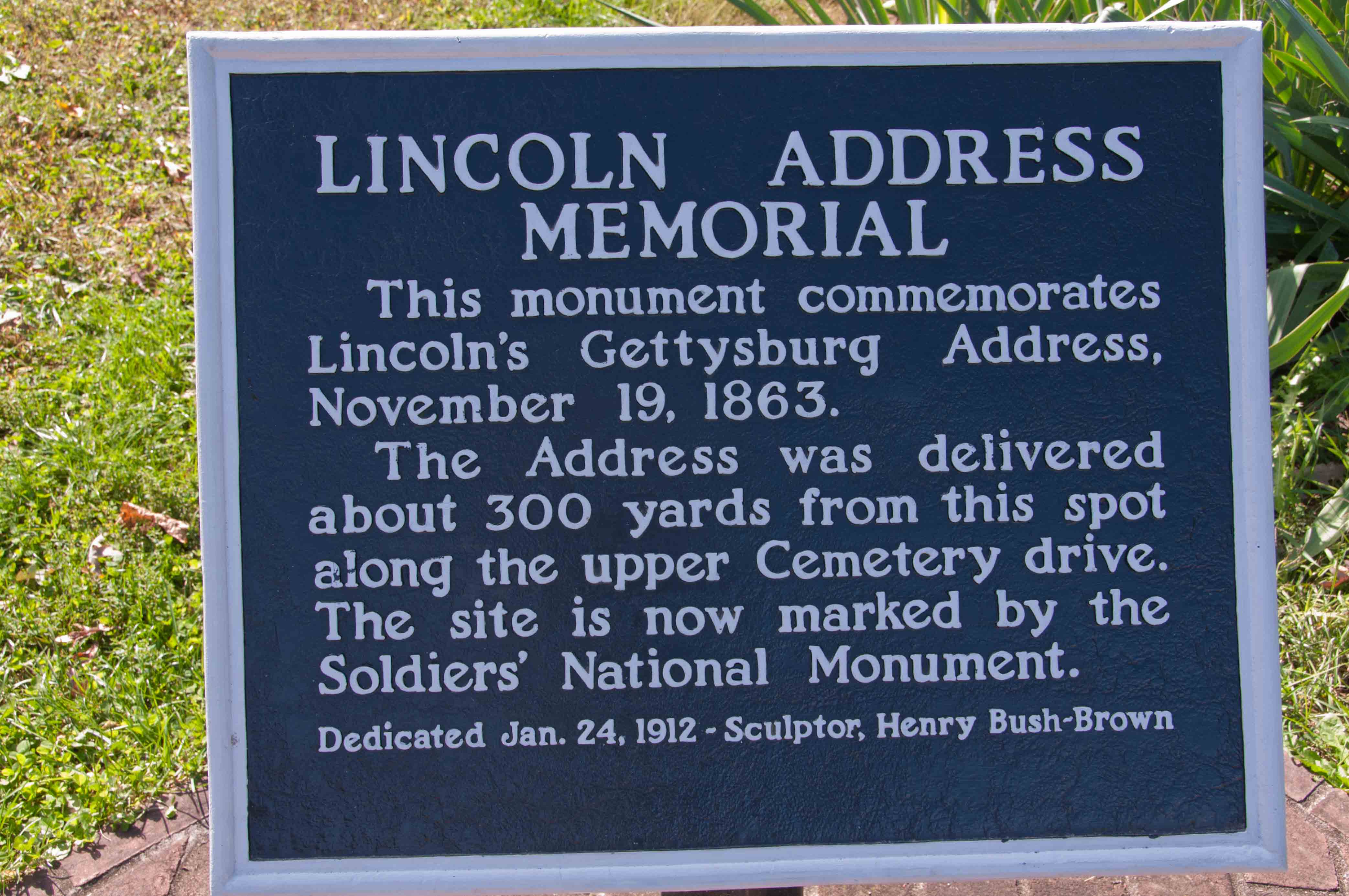 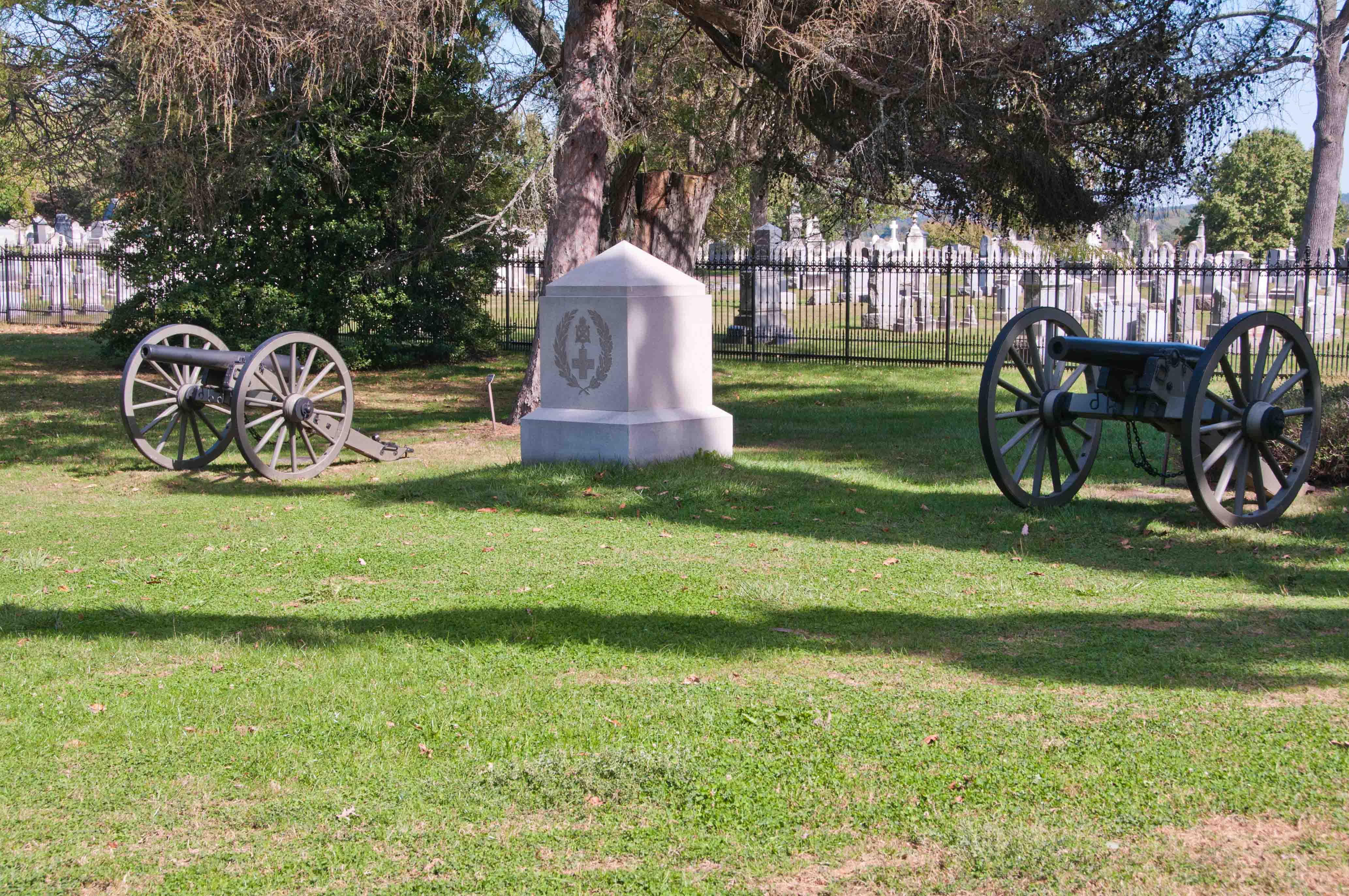 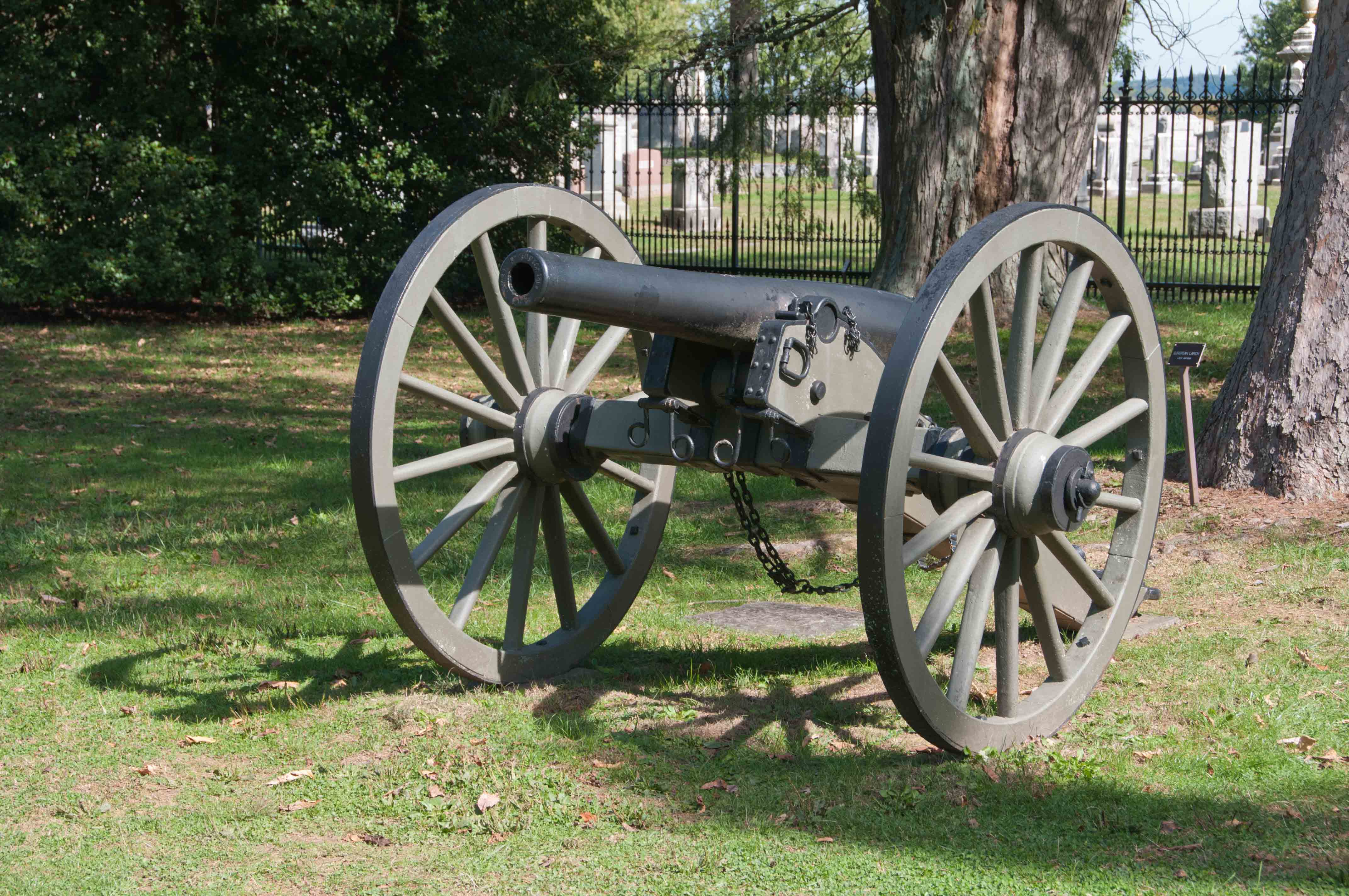 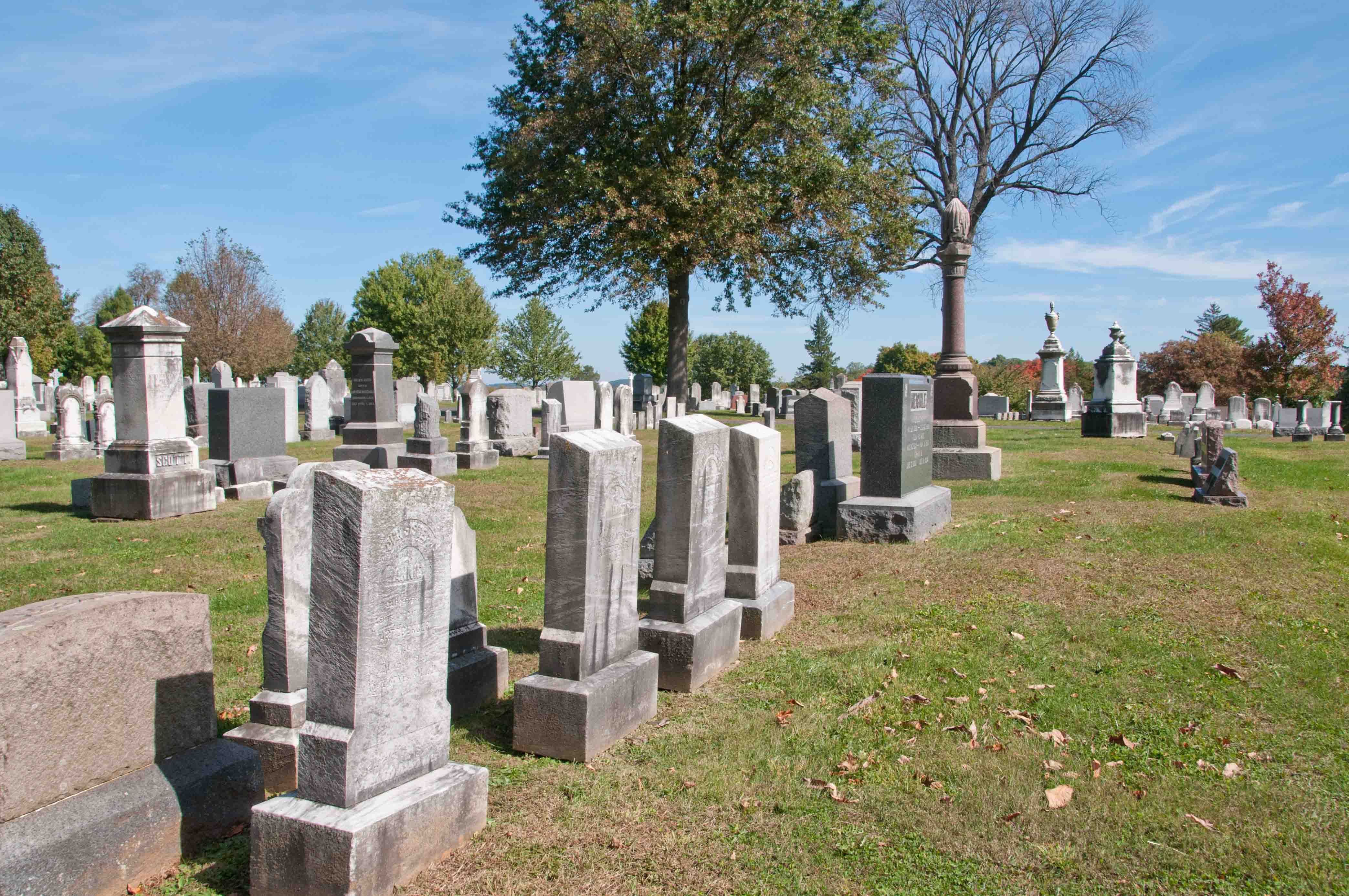 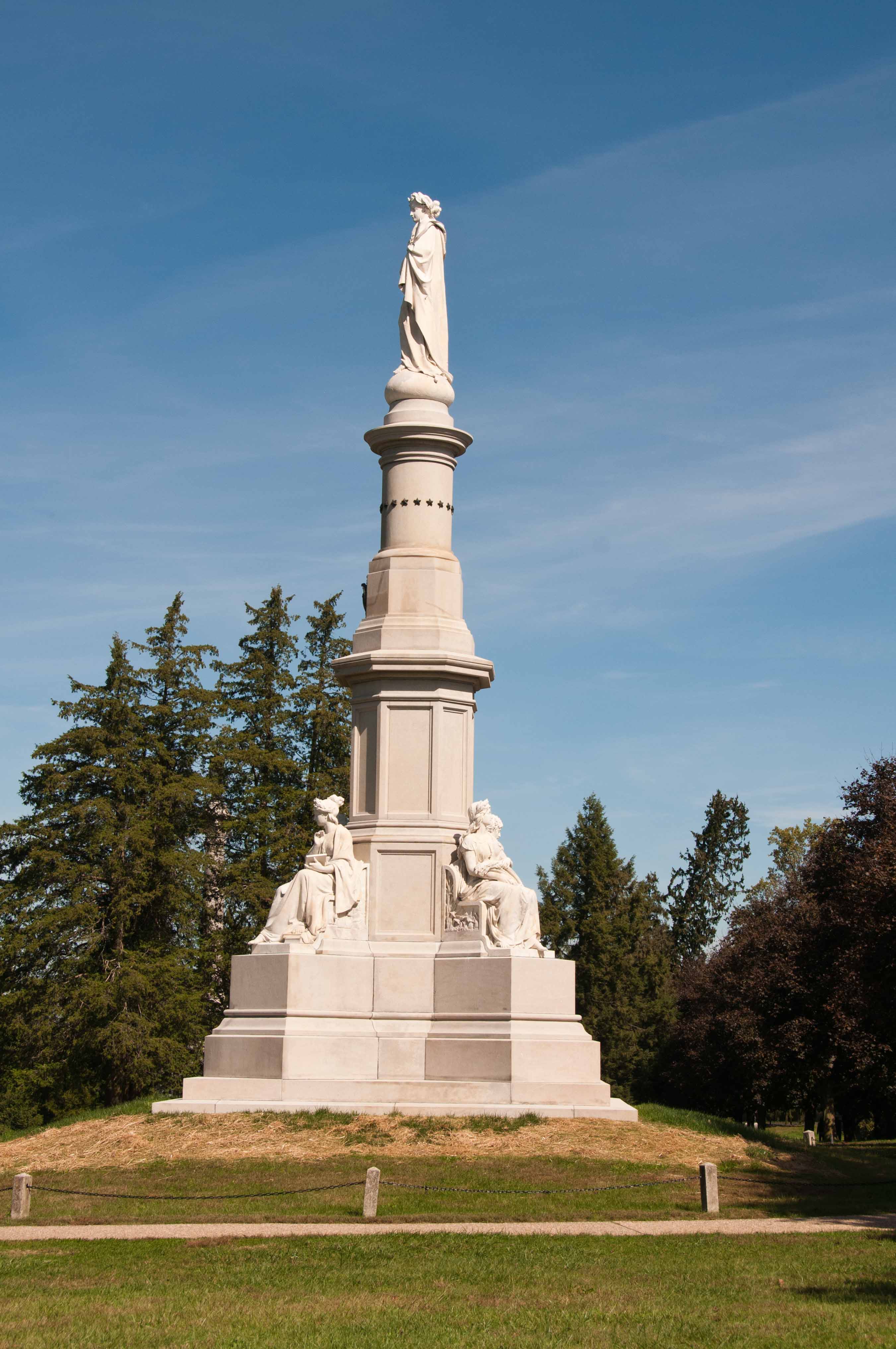 Background content obtained from the National Park Service and Wikipedia.