Fort Reno is located off Interstate 40 about 6 miles from El Reno, OK. The Fort was initially established as a military camp near the Darlington Indian Agency, and became a permanent military reservation in 1874. Fort Reno was named after Jesse L. Reno, a Union general killed in the Civil War. Fort Reno was home to US Army Cavalry and Infantry units from 1875 to 1907. Although initially established to control and protect the Southern Cheyenne and Southern Arapaho reservations, Fort Reno's role expanded to maintain peace and order on the southern plains through the turn of the century. The soldiers of Fort Reno participated in missions against renegade Cheyenne and Arapaho, Boomers (illegal settlers in the Unassigned Lands of Indian Territory), and Sooners (those trying to stake claims prior to the official starts of the Oklahoma Land Runs). Fort Reno served as a remount station during the first half of the 20th century, providing horses and mules to all branches of the military during World Wars I and II. An internment camp was constructed on a portion of Fort Reno land to house German prisoners during World War II. Fort Reno was included in the National Register of Historic Places in 1970. The Fort is currently administered by Historic Fort Reno, Inc., with grants from the National Park Service and others for restoration and maintenance of the Fort's building and artifacts. The Fort Reno Visitor Center and Museum has a large display of artifacts, photographs, German POW letters, historical dress, and much more. 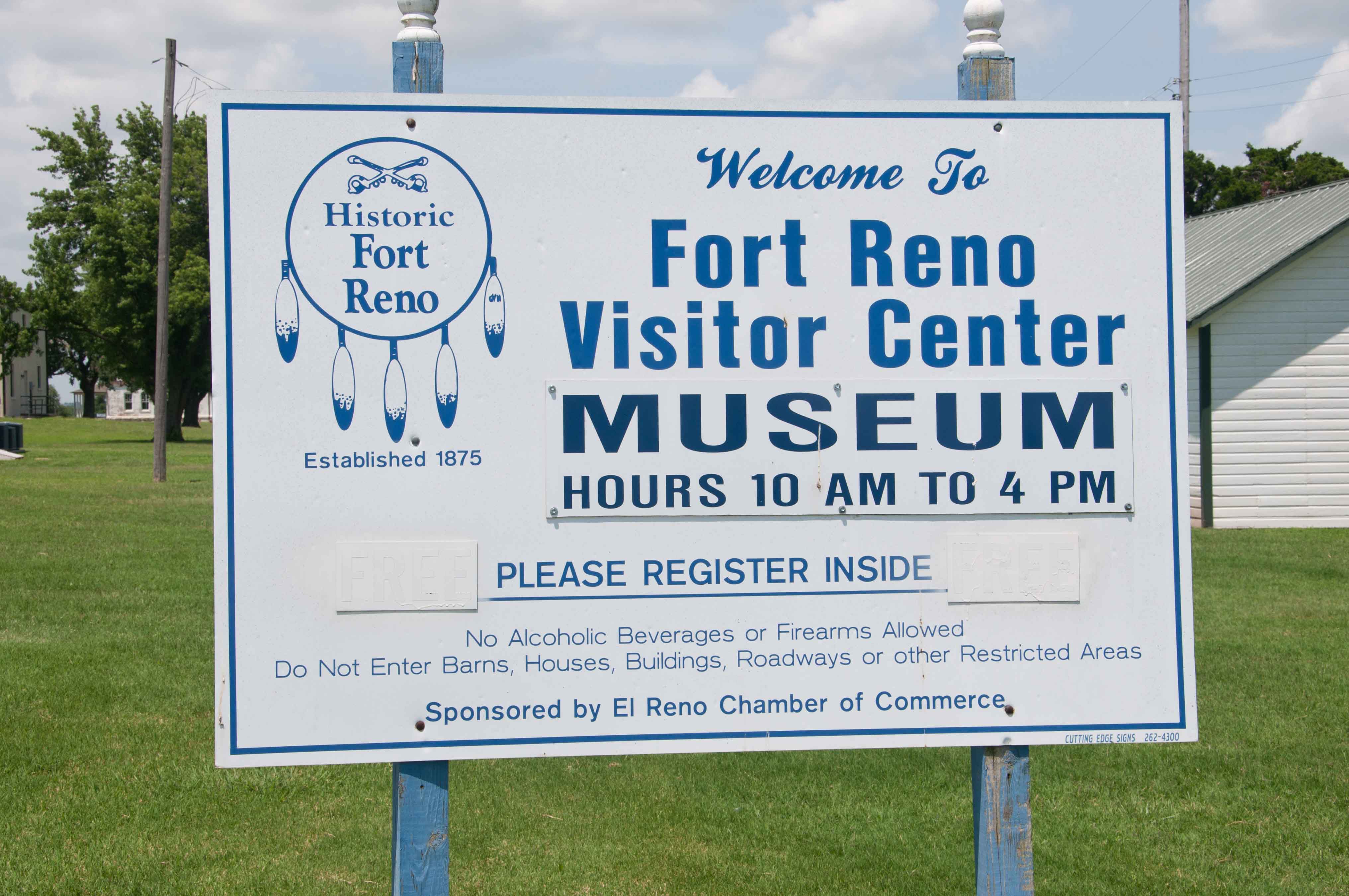 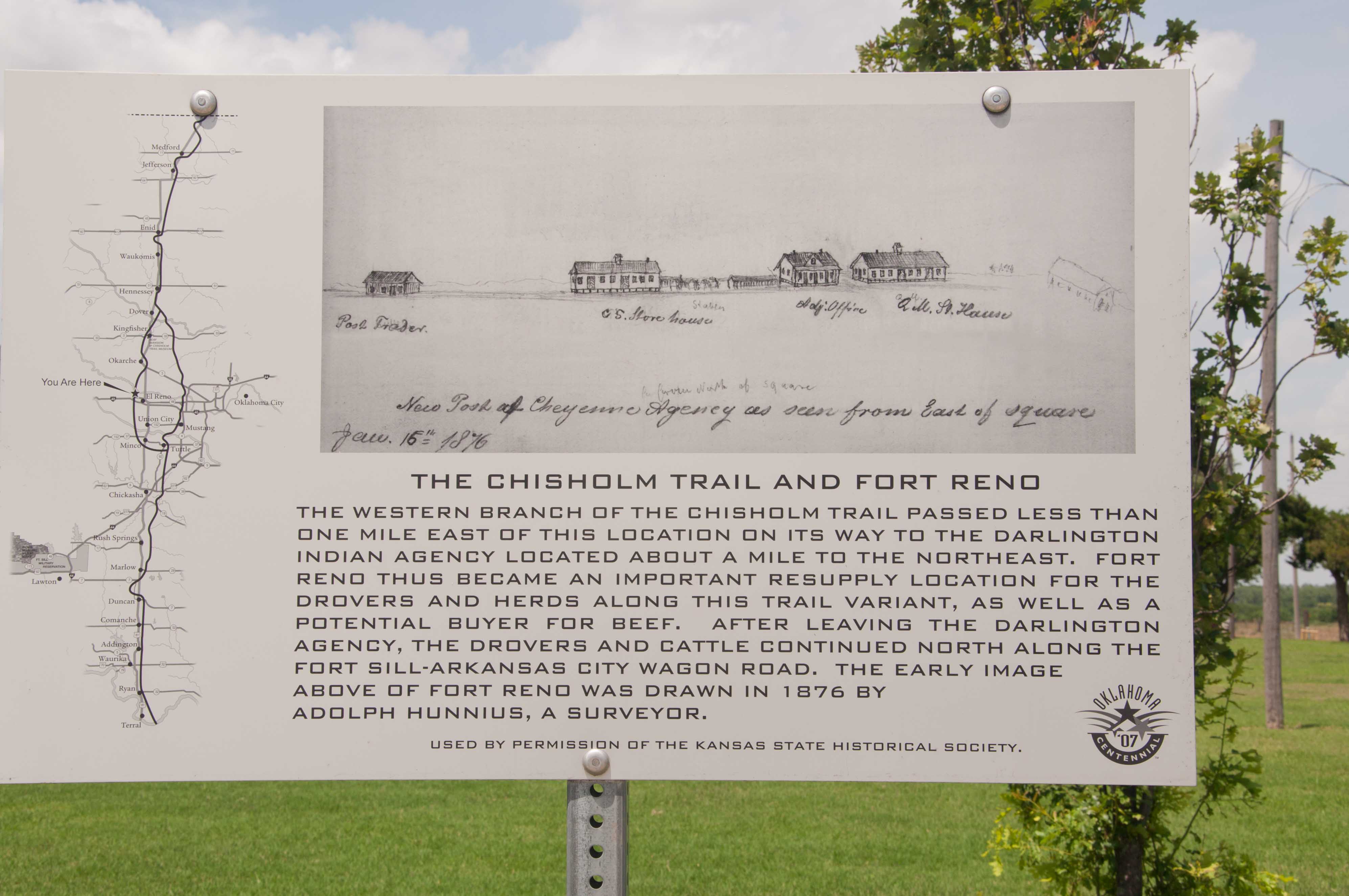 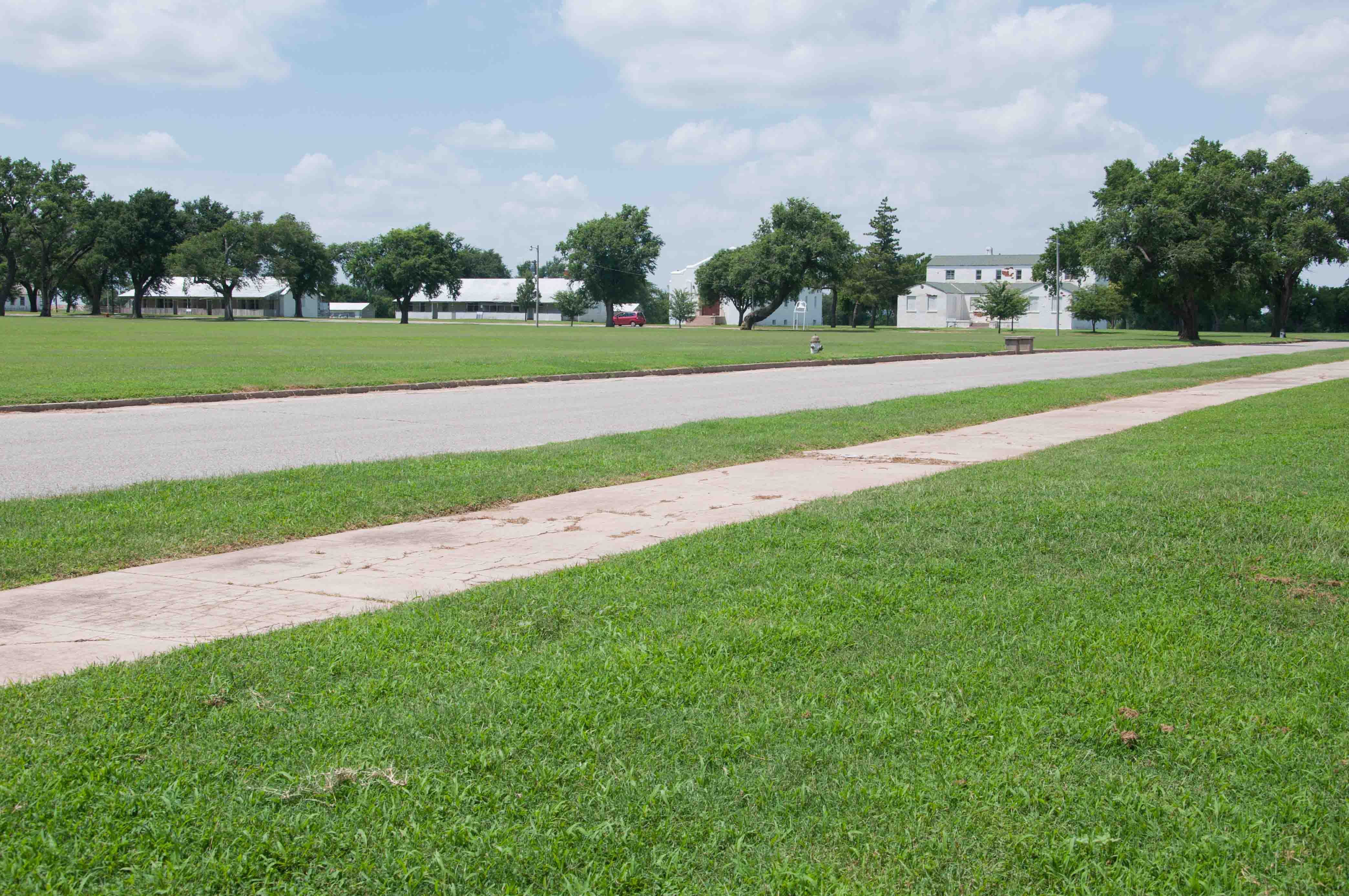 Buildings on north side of quadrangle 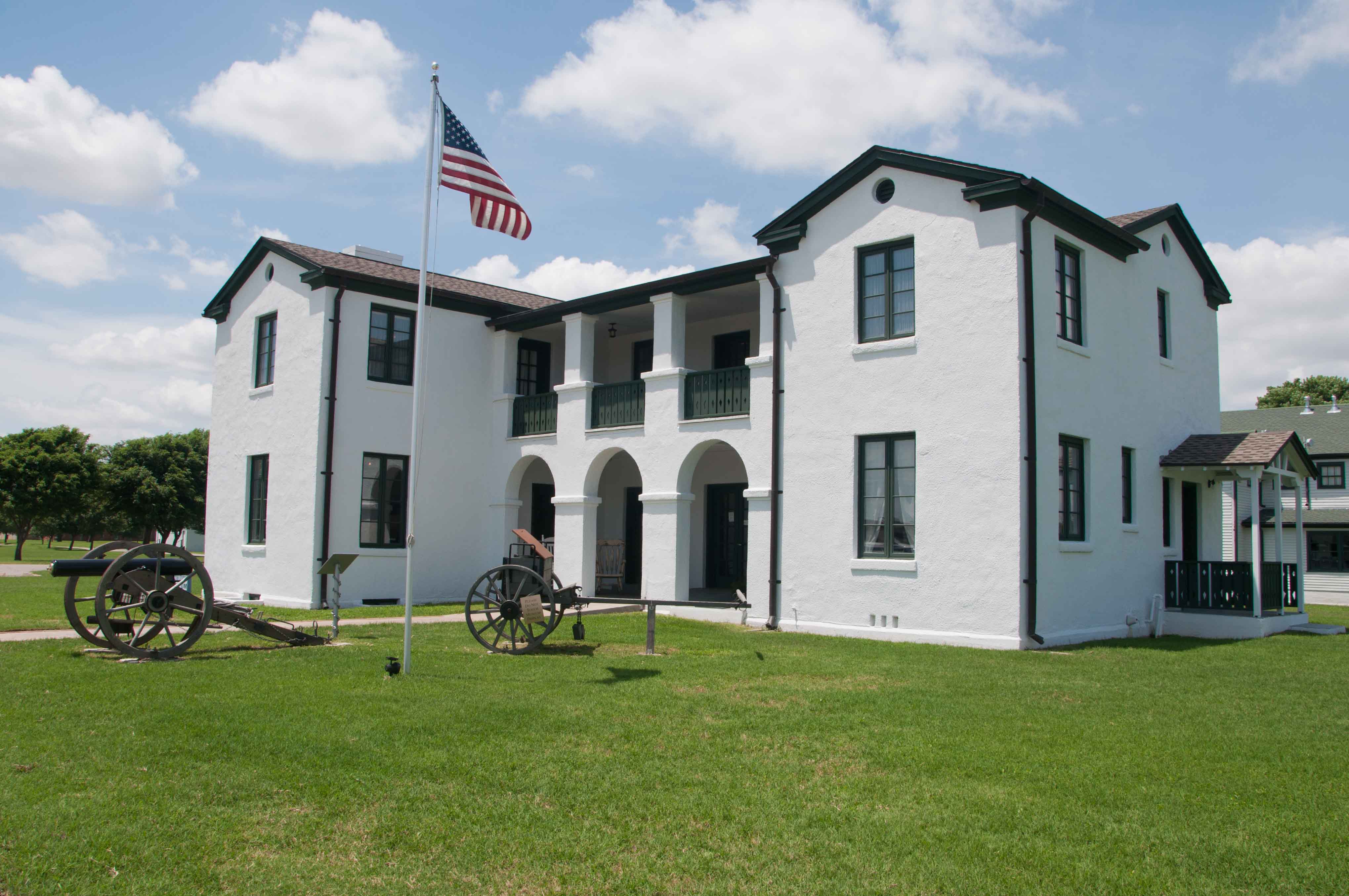 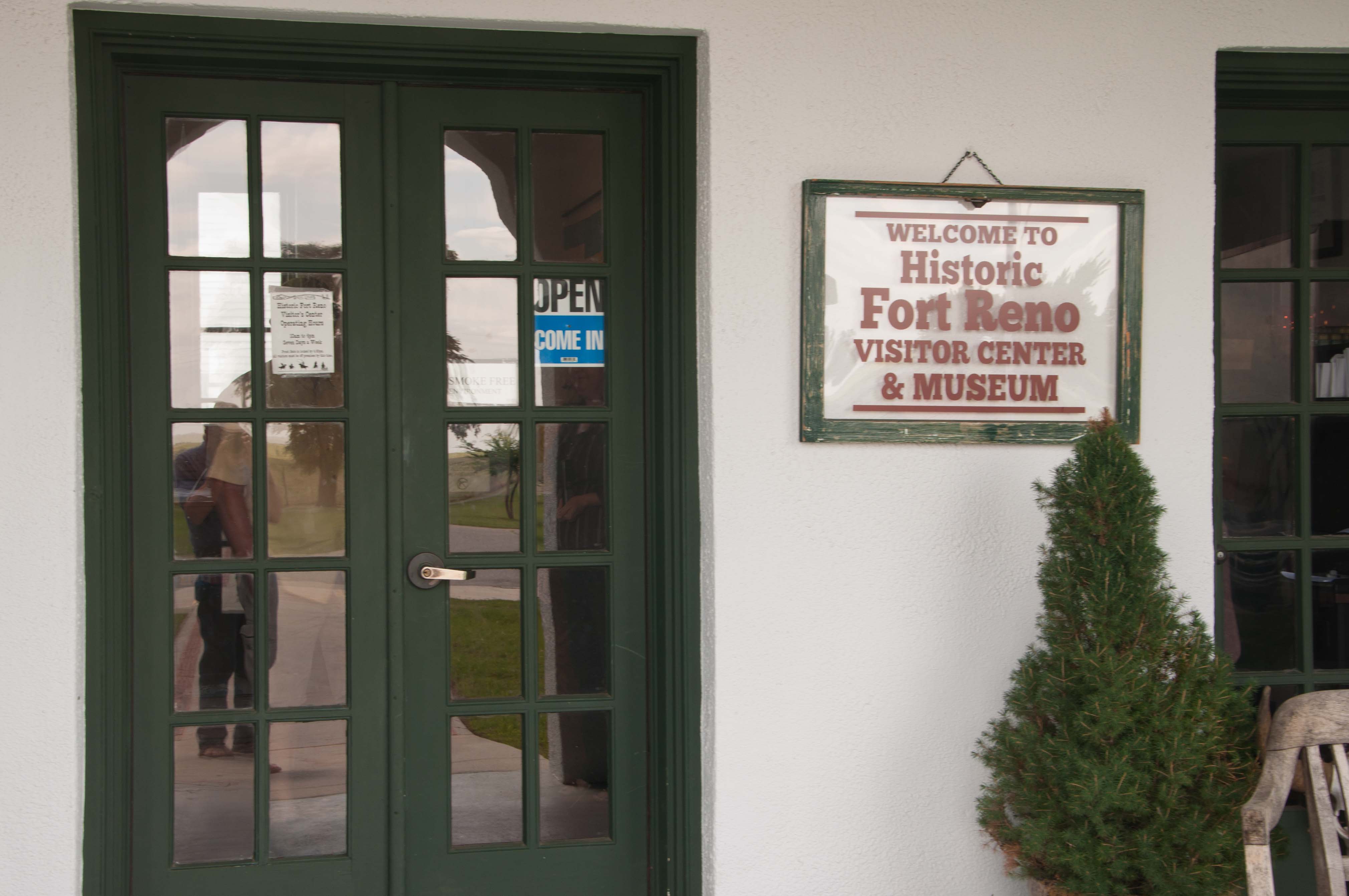 In 1866 Congress approved legislation creating all-Black army units. Two cavalry regiments (the 9th and 10th) andtwo infantry regiments (the 24th and 25th) were formed. The 9th and 10th Cavalry were stationed at Fort Reno beginning in 1874. Native Americans called the 10th Cavalry “Buffalo Soldiers” because their hair was said to resemble the color and texture of the hair between the horns of buffalo. Eventually all Black regiments were called Buffalo Soldiers. Buffalo Soldiers earned a sterling reputation in fighting against Anglo outlaws, Mexicans and Indians. 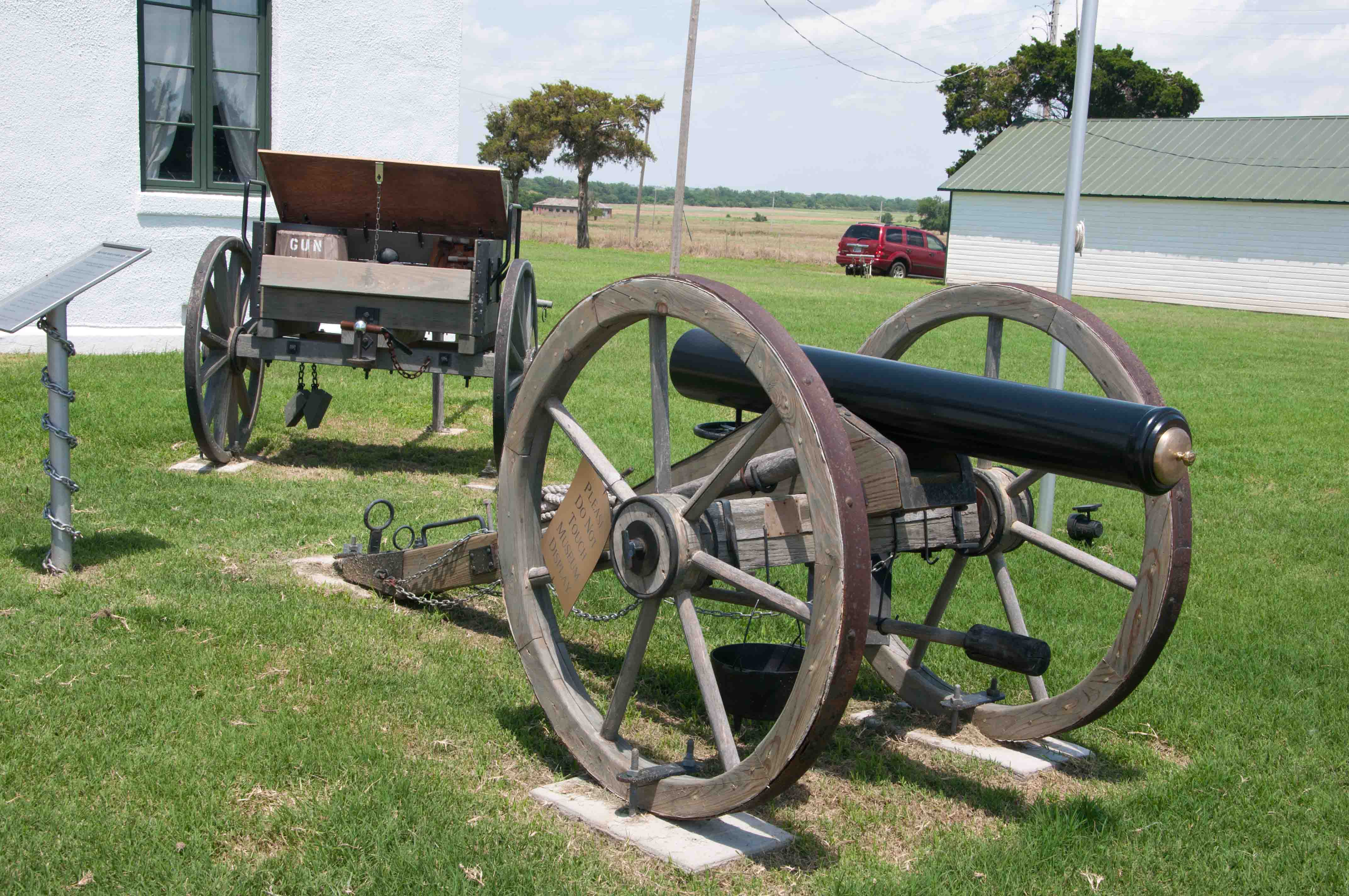 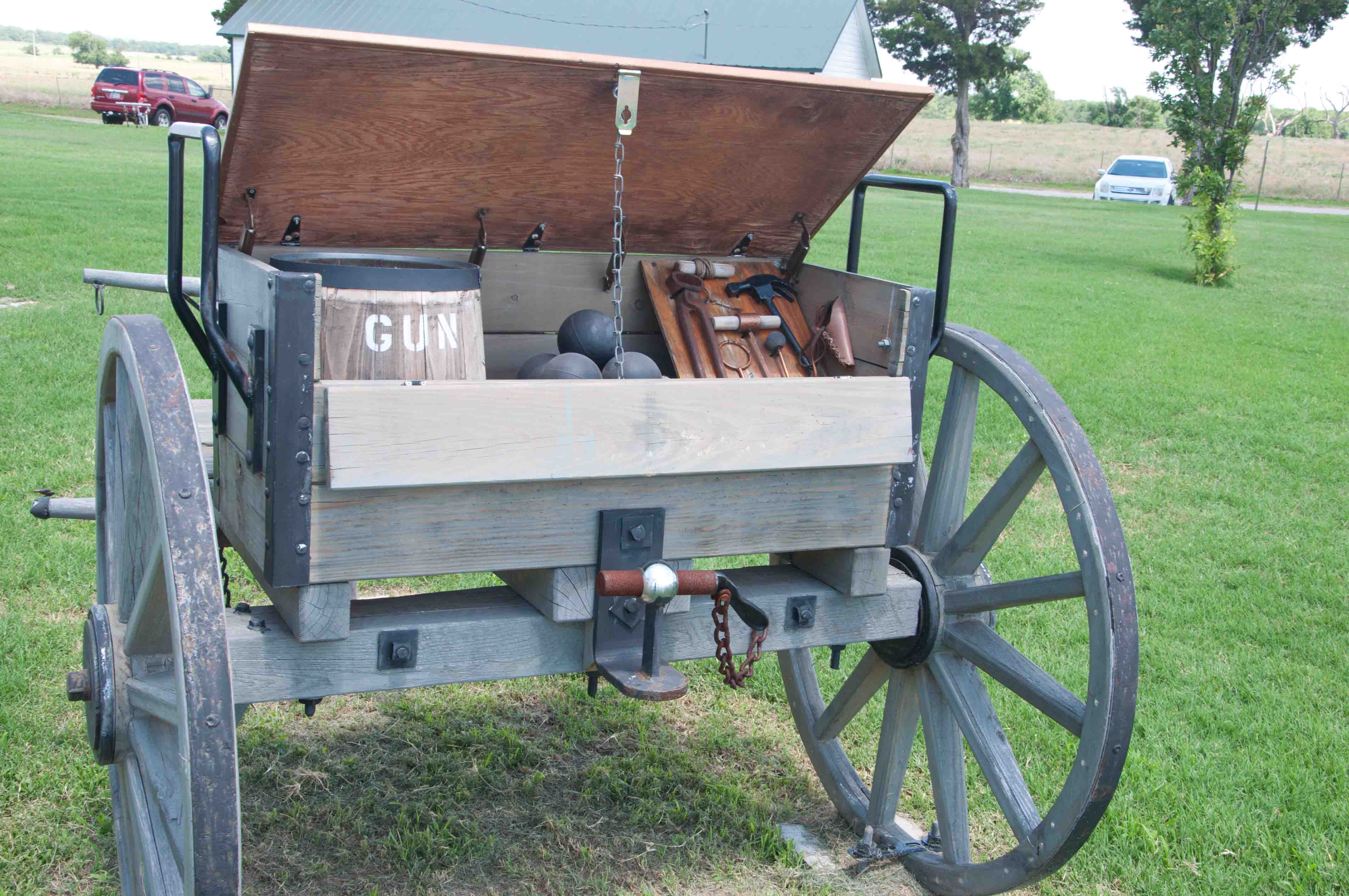 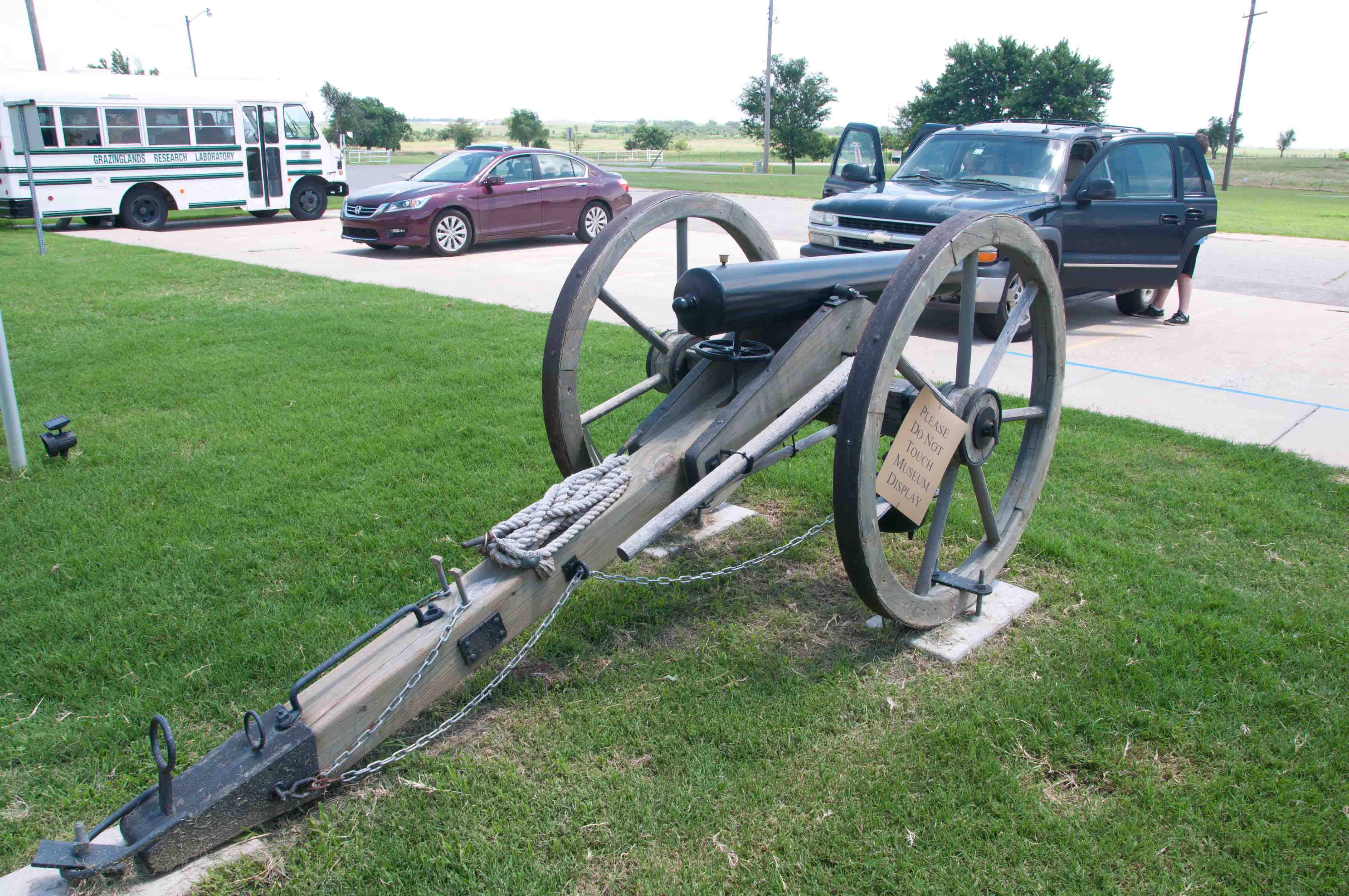 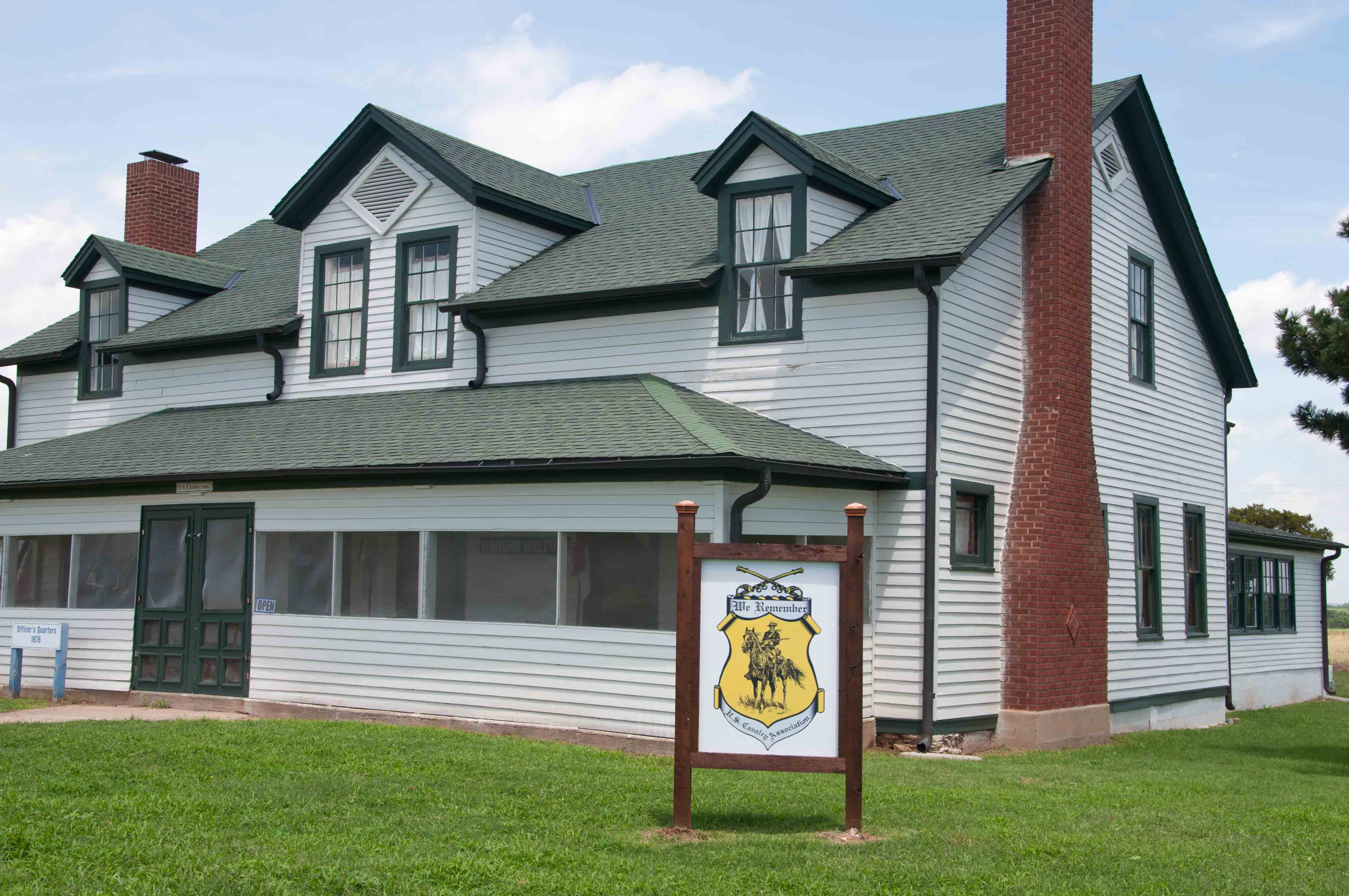 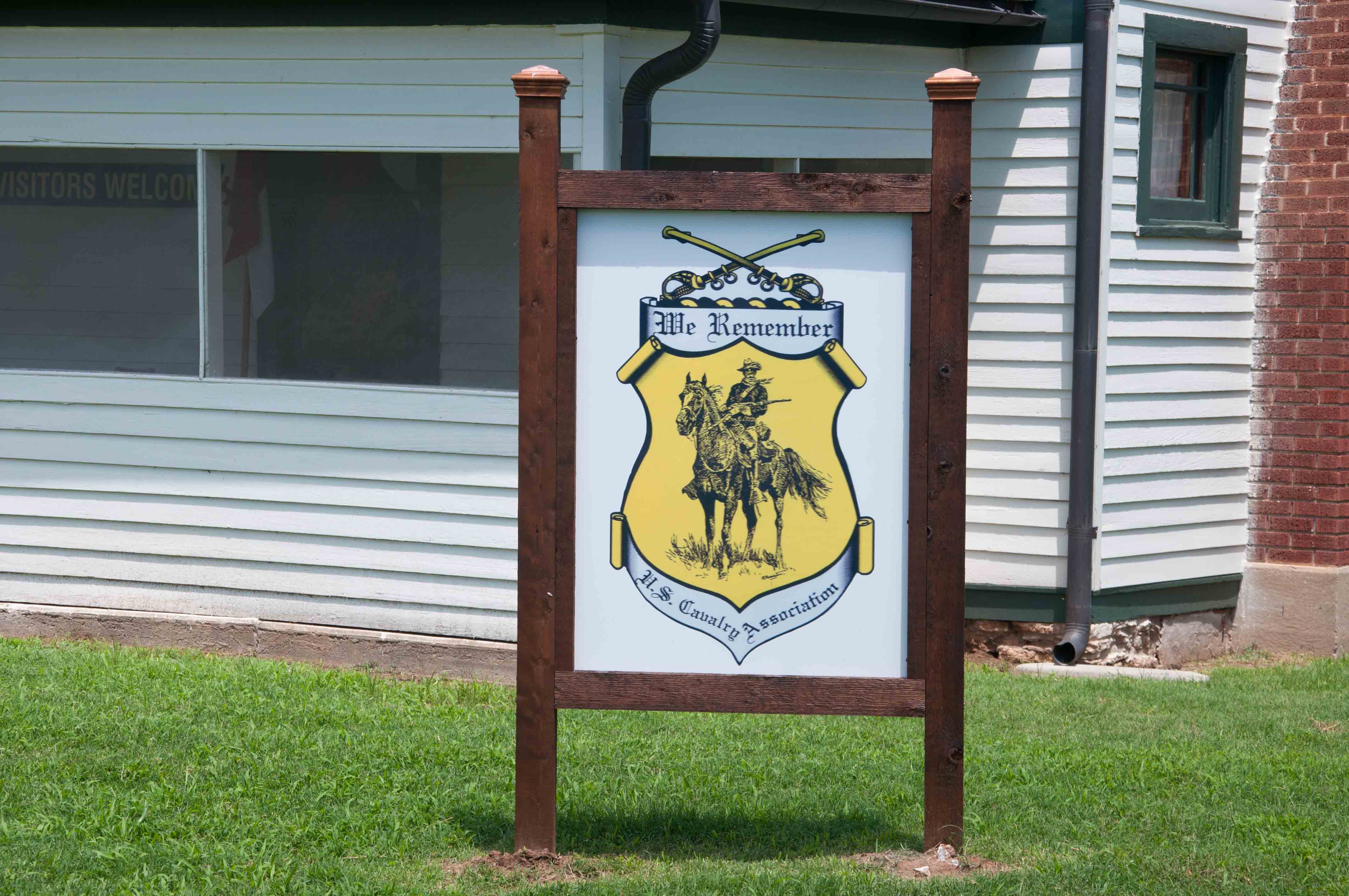 Fort Reno served as an Army Quartermaster Remount Station from 1908 to 1947. A remount station raises and trains horses and pack mules for all branches of the military. Horses and mules were shipped from Fort Reno to the South Pacific, Italy, Greece, China, Burma and India primarily for use in mountainous areas. Social activities at Fort Reno revolved around the horses and included polo matches, horse races, horse shows and auctions. The principal Remount units were the 252nd and the 253rd Quartermaster Remount Squadrons, plus a unit of “Fort Reno Remount Cowboys”, real cowboys, who broke and trained the horses and mules. The Fort is currently the site of the U.S. Dept.of Agriculture’s Grazinglands Research Laboratory. 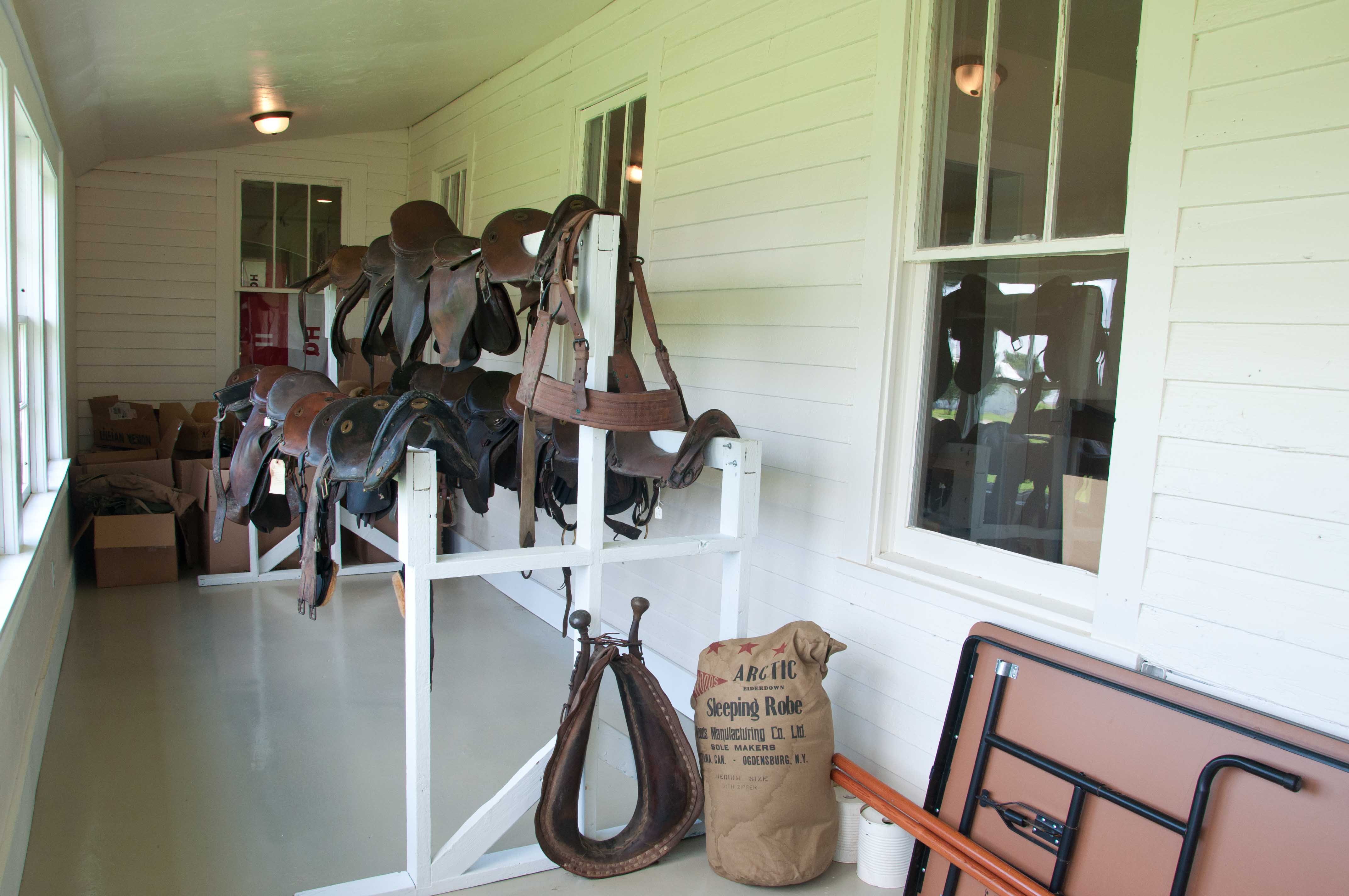 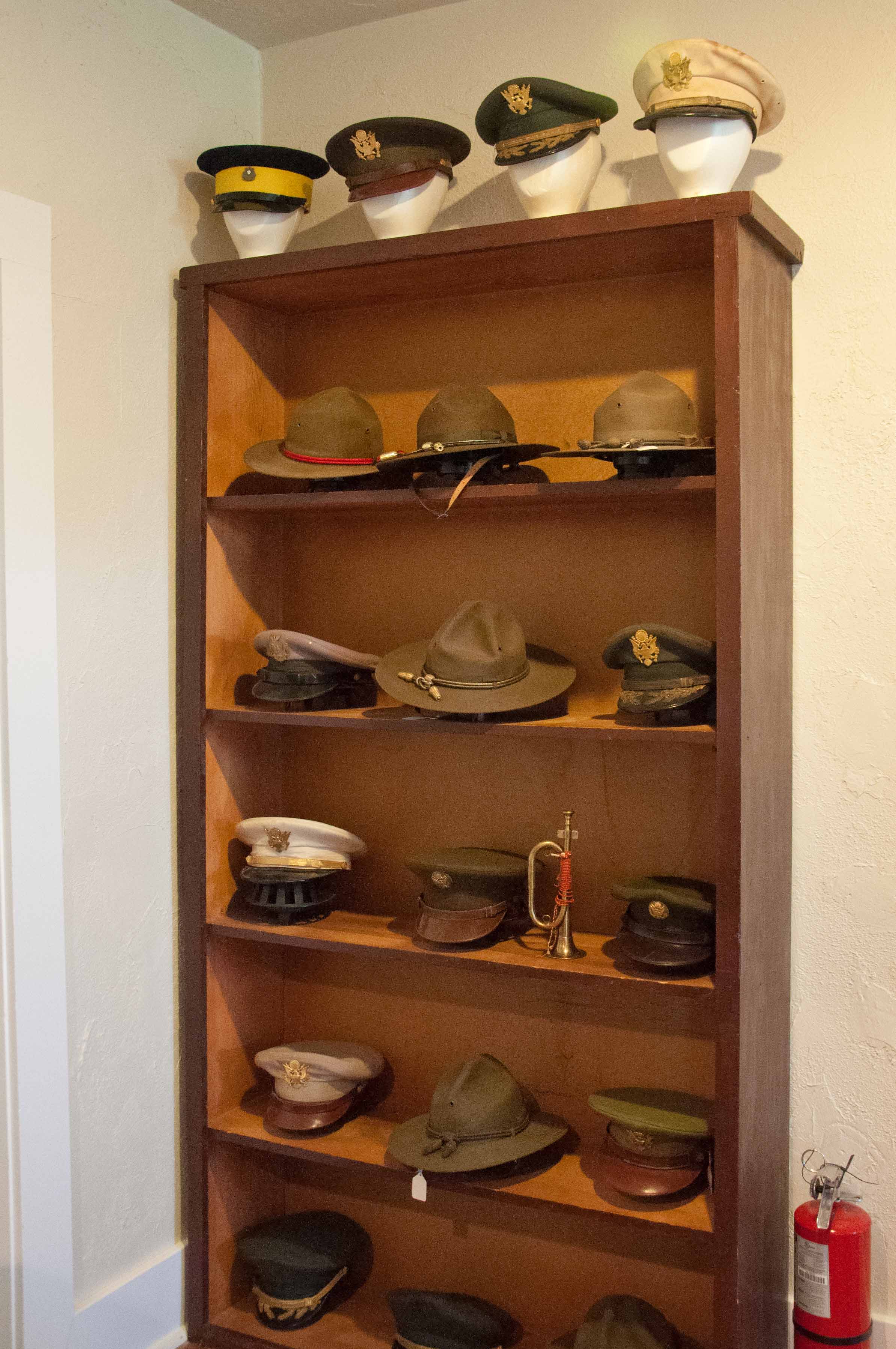 Military hats over the years 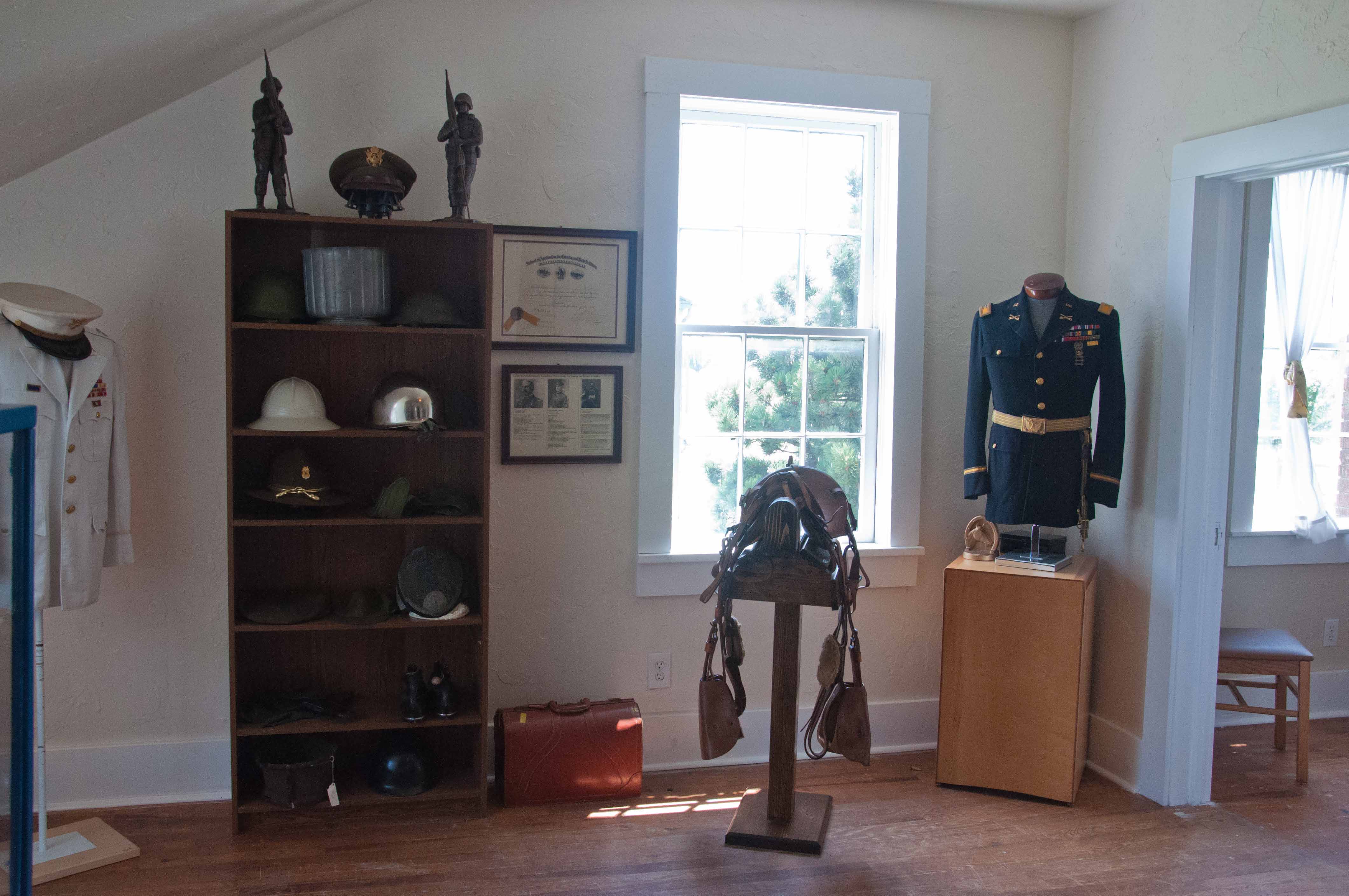 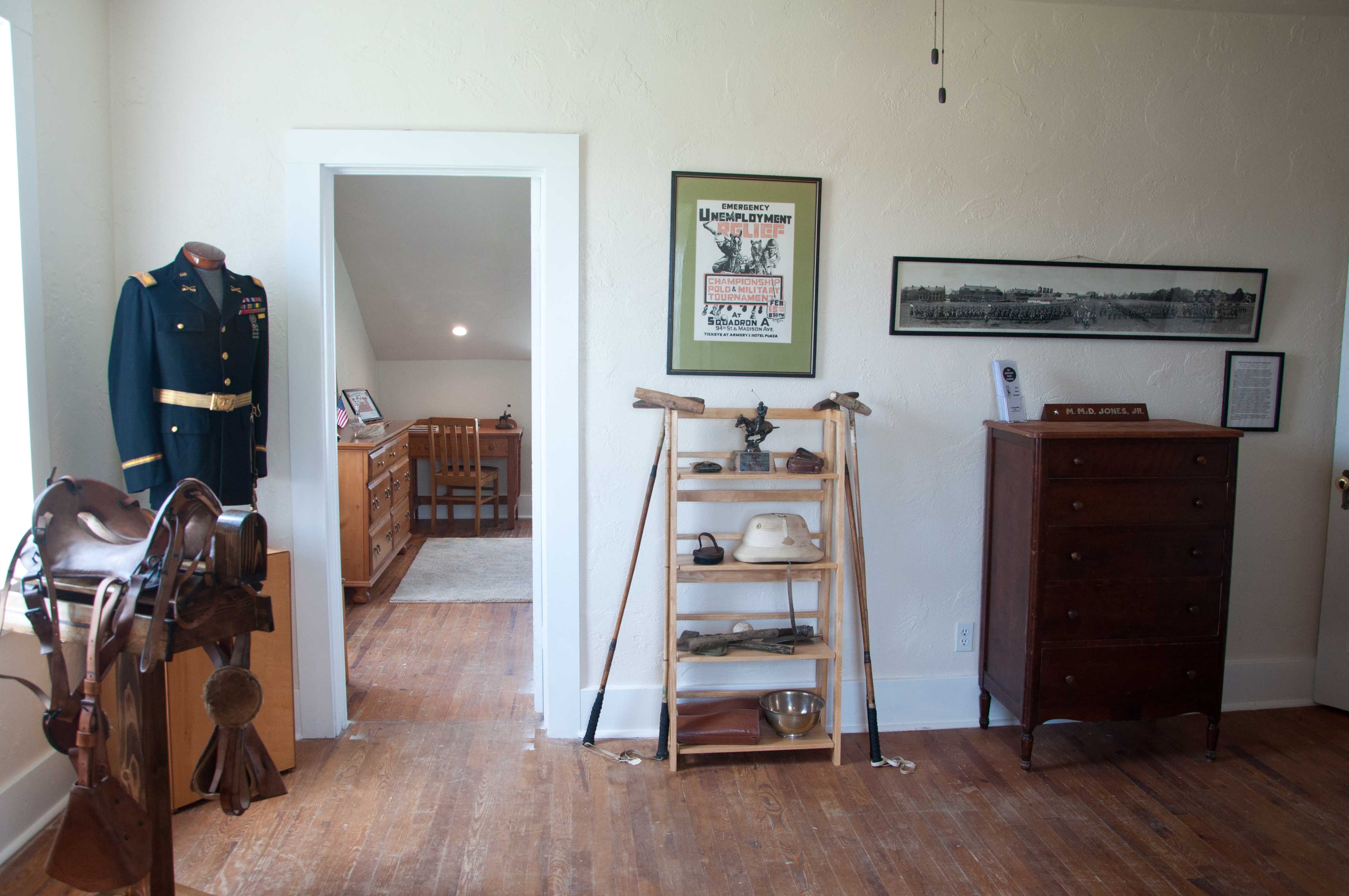 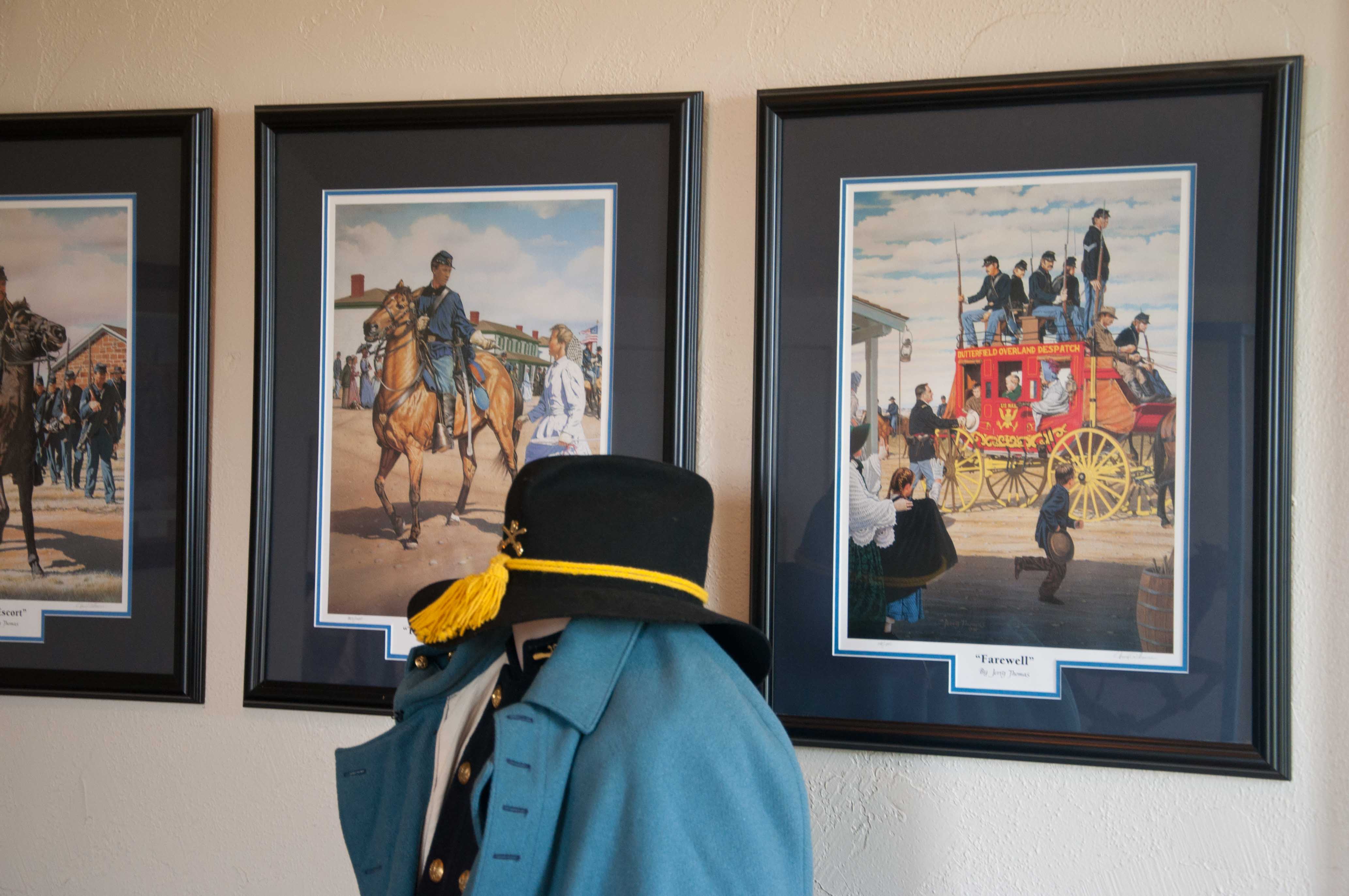 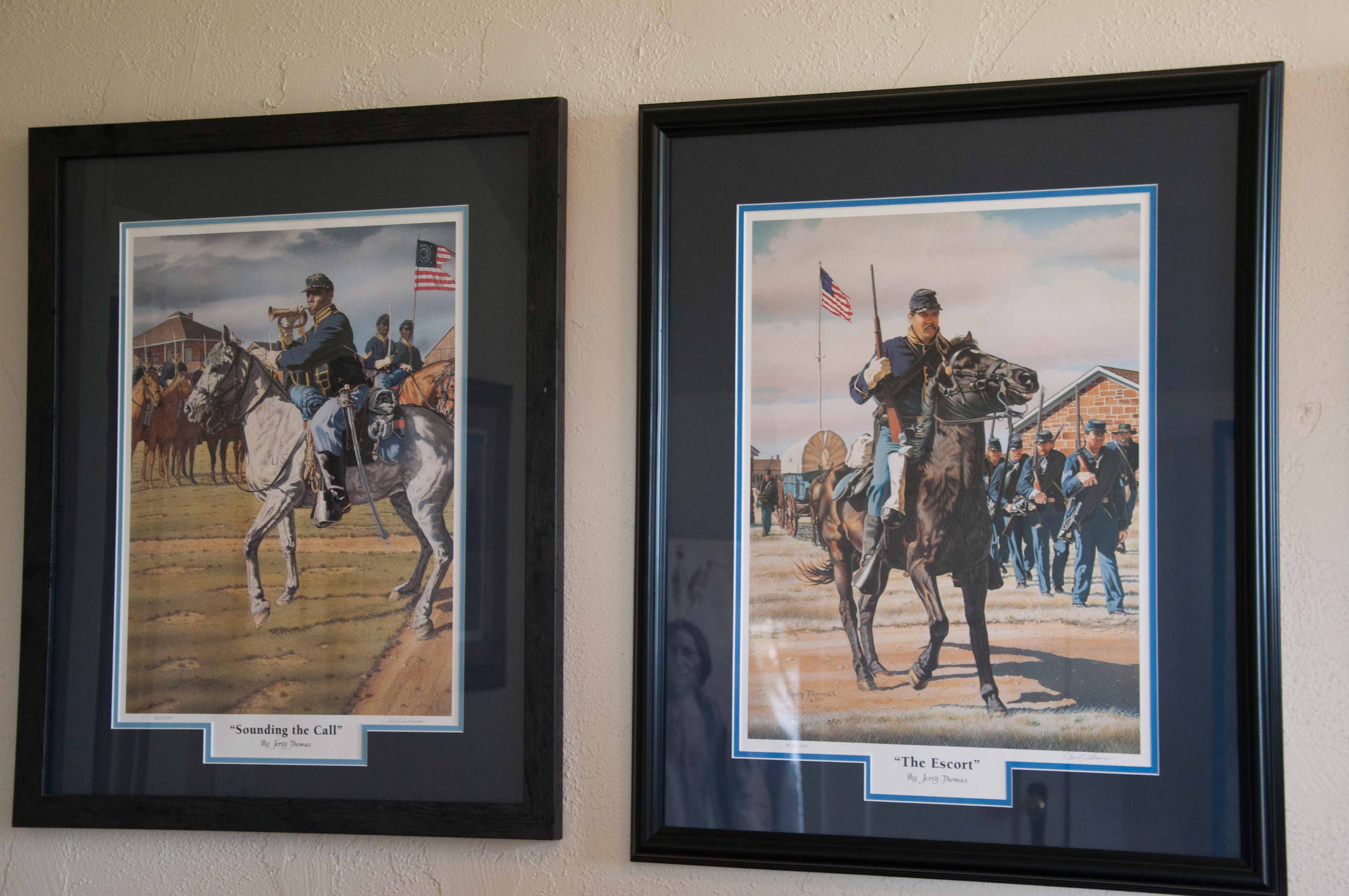 "Sounding the Call" and "The Escort"
Prints by Jerry Thomas

During World War II, a camp was built on 94 acres in the eastern portion of Fort Reno to house German prisoners of war. Over 1,300 Germans captured in North Africa were brought to Fort Reno by rail. German POW’s were hired as laborers by local farmers. Prisoners also built the Chapel located to the north of the Parade Grounds. Seventy German and Italian POWs are buried on the west side of the historic military cemetery. 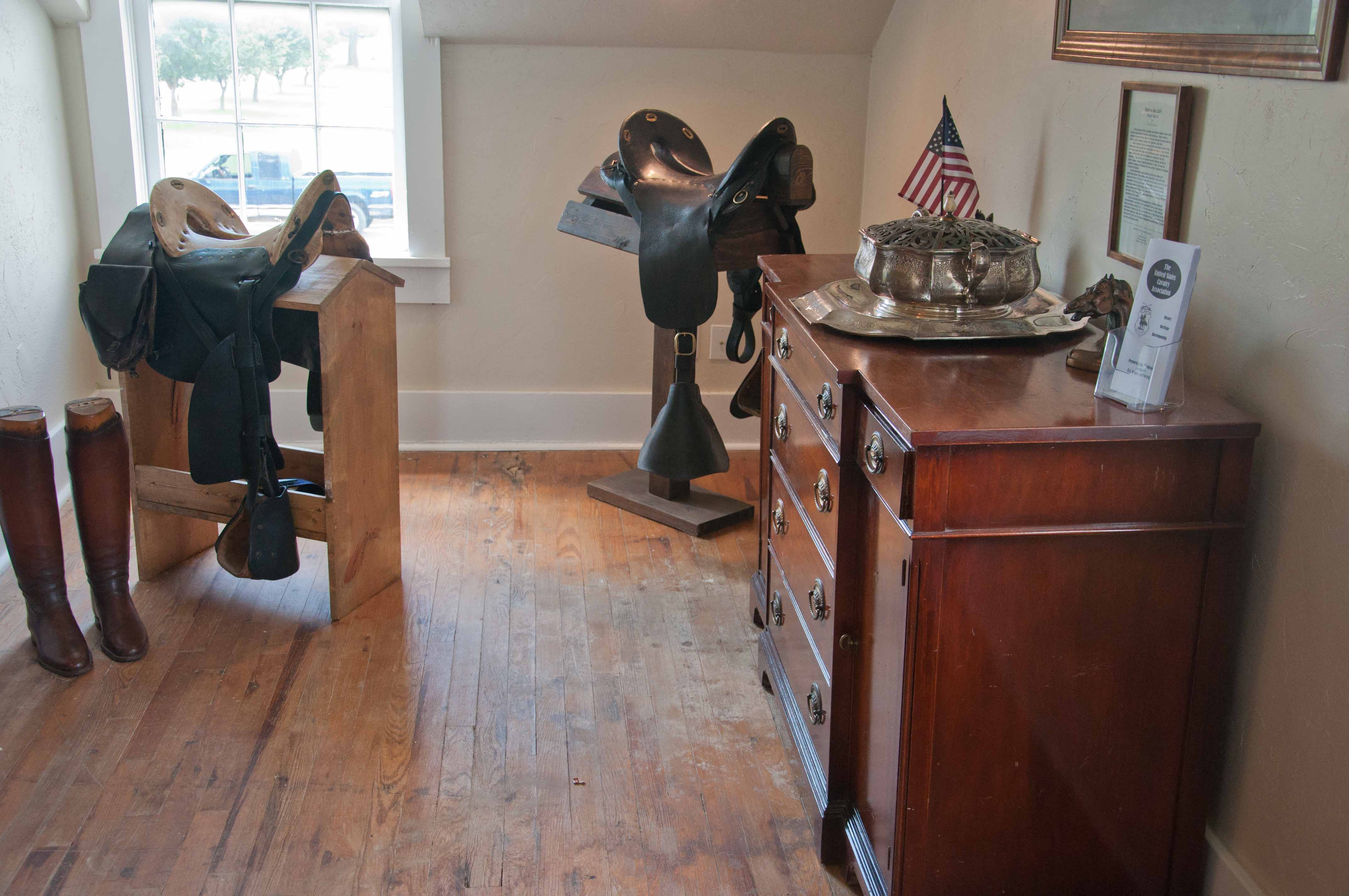 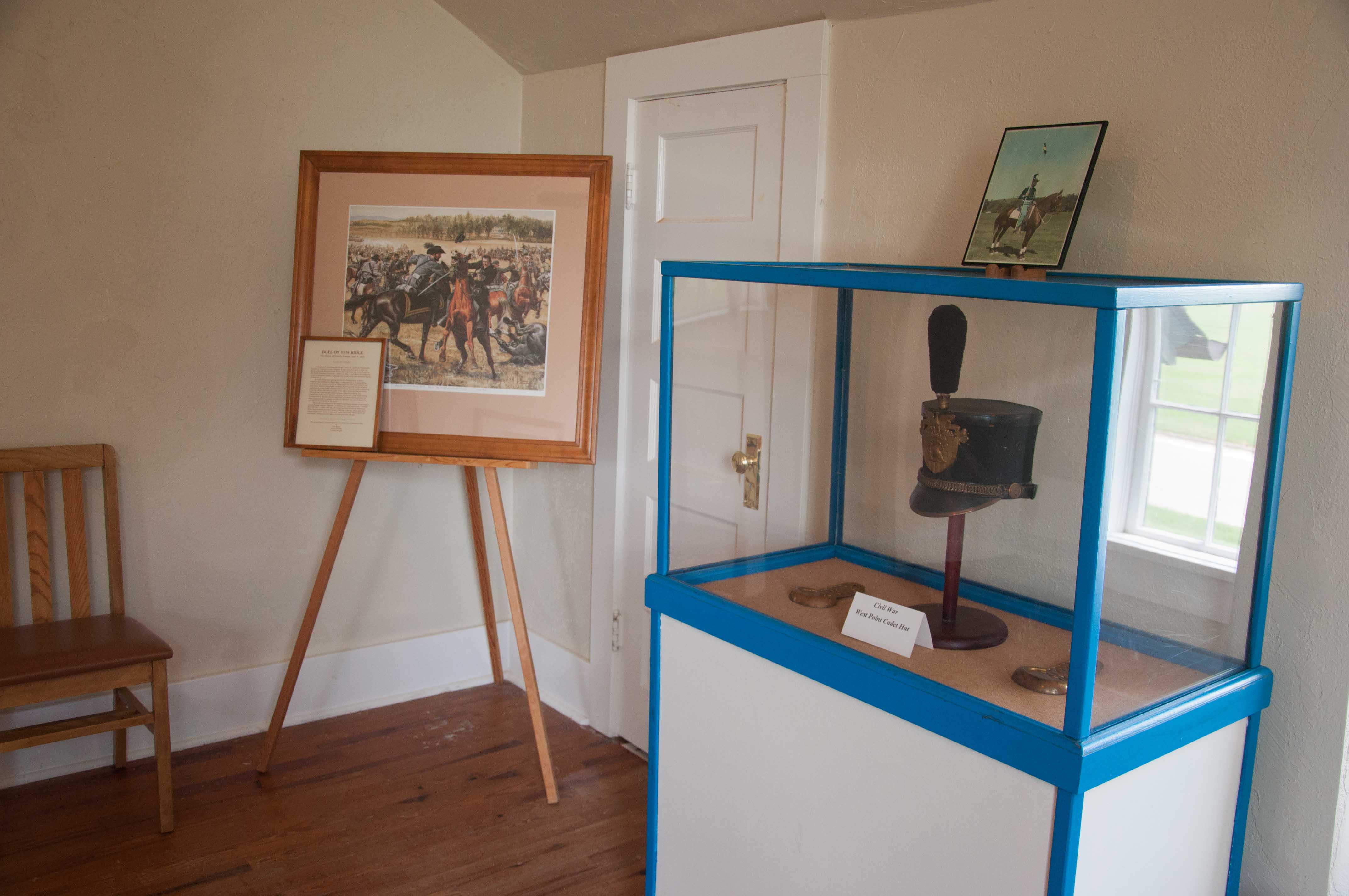 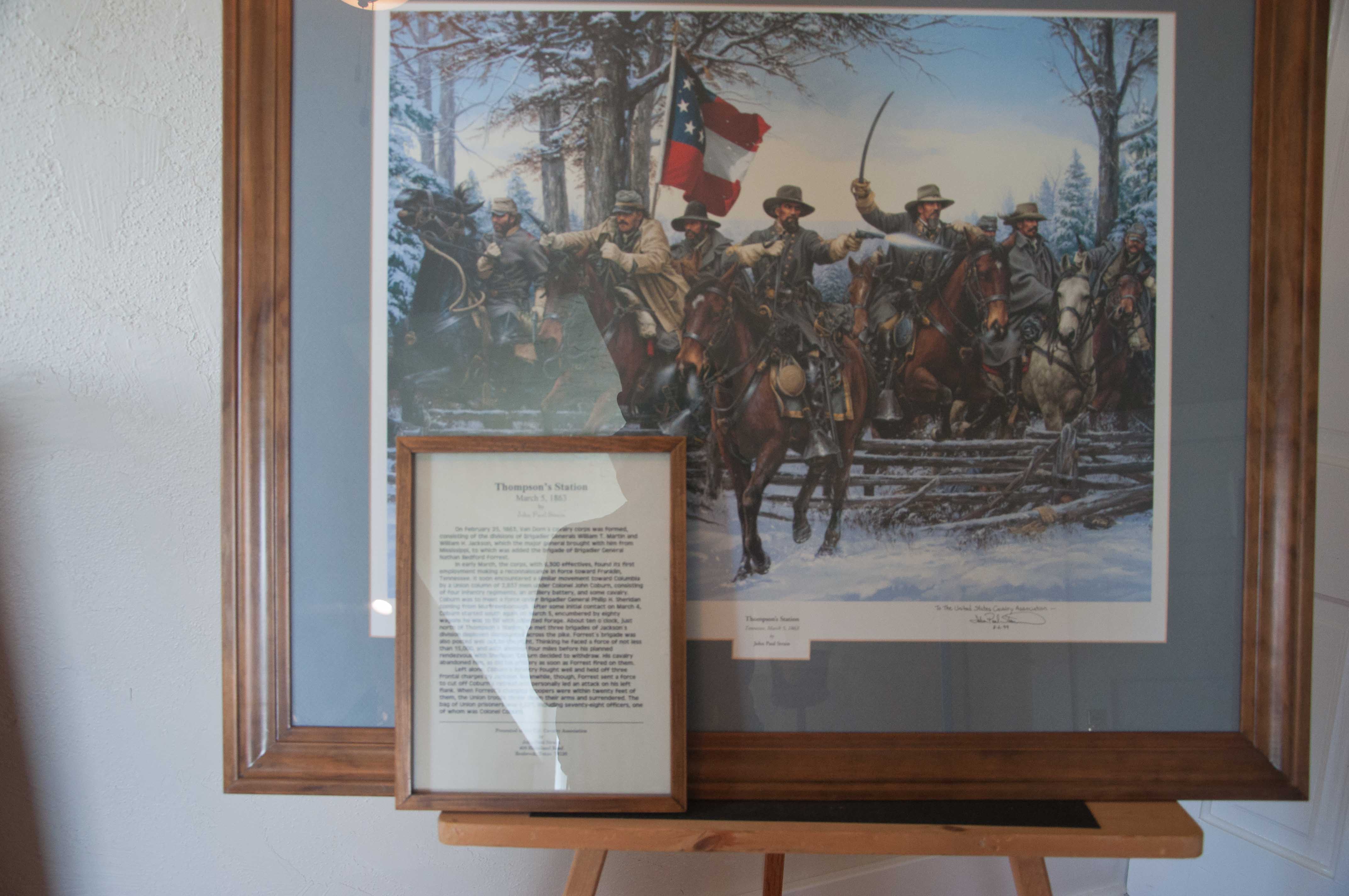