El Morro (Spanish for bluff, or headland) is a sandstone bluff that juts out from the eastern end of El Morro Mesa. It's located in El Morro Valley, and importantly, has a pool at its base that is filled with water year round. This has been an important watering hole for thousands of years, first for Ancestral Puebloans, and then for both Spanish and American travelers leaving from Albuquerque for points west. The early Native Americans built a pueblo on the mesa top which they inhabited for 200 years. Spanish colonists rested at El Moro when the southwest belonged to Spain, as did the Americans when exploring their newly acquired territory following the Mexican-American War. All three of these cultures left petroglyphs, names, dates, and other inscriptions carved into the base of Inscription Rock at the end of El Morro, a kind of unique petrohistory. The pueblo ruin and inscriptions are now preserved within the boundries of El Morro National Monument. To get to El Morro, take NM State Road 53 west (south) at its junction with Interstate 40 in Grants, NM. Be aware that there are only 9 campsites with no RV hookups in the Park. These are open year round on a first come-first served basis (no reservations), but water is turned off in the winter. 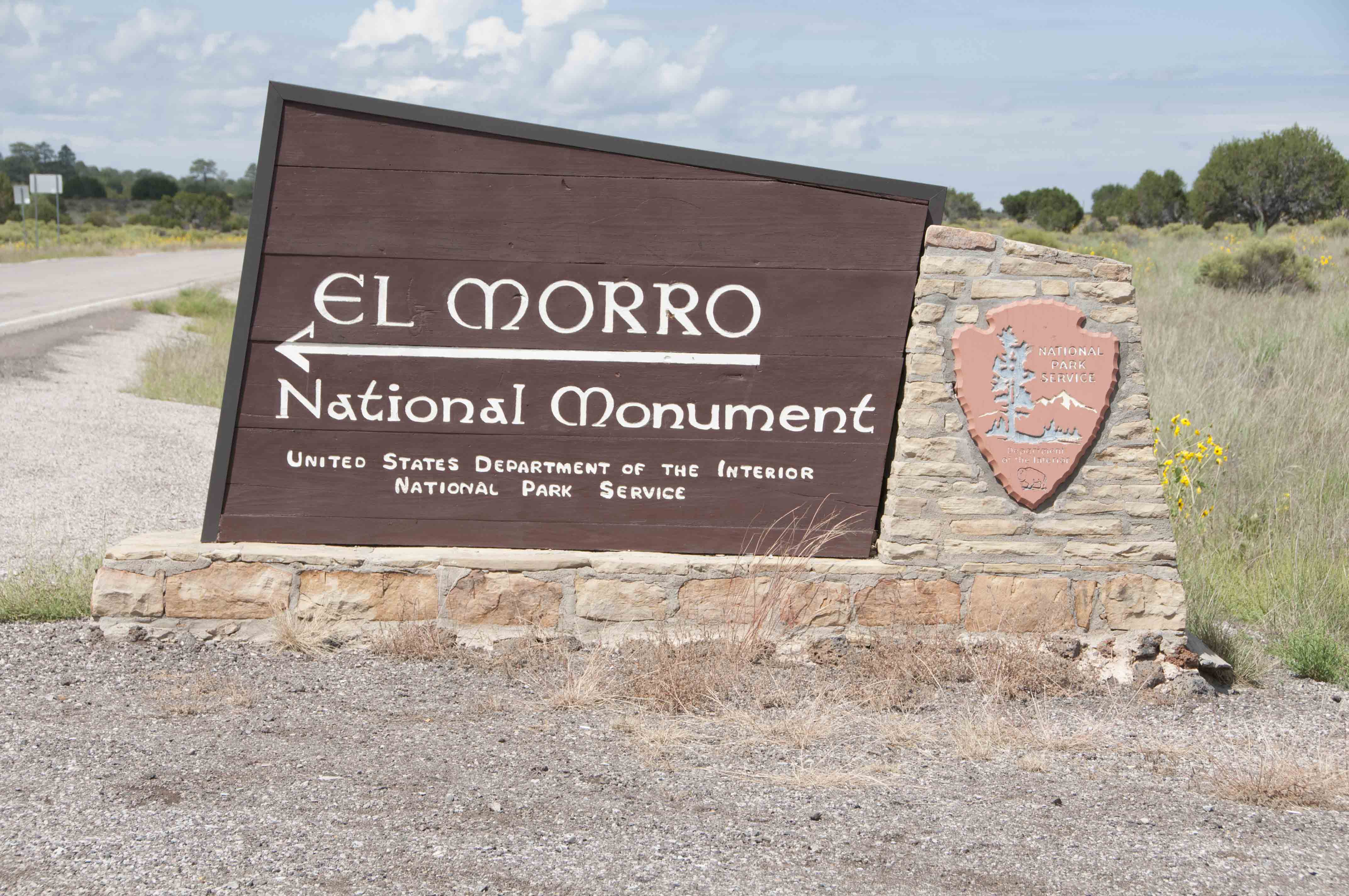 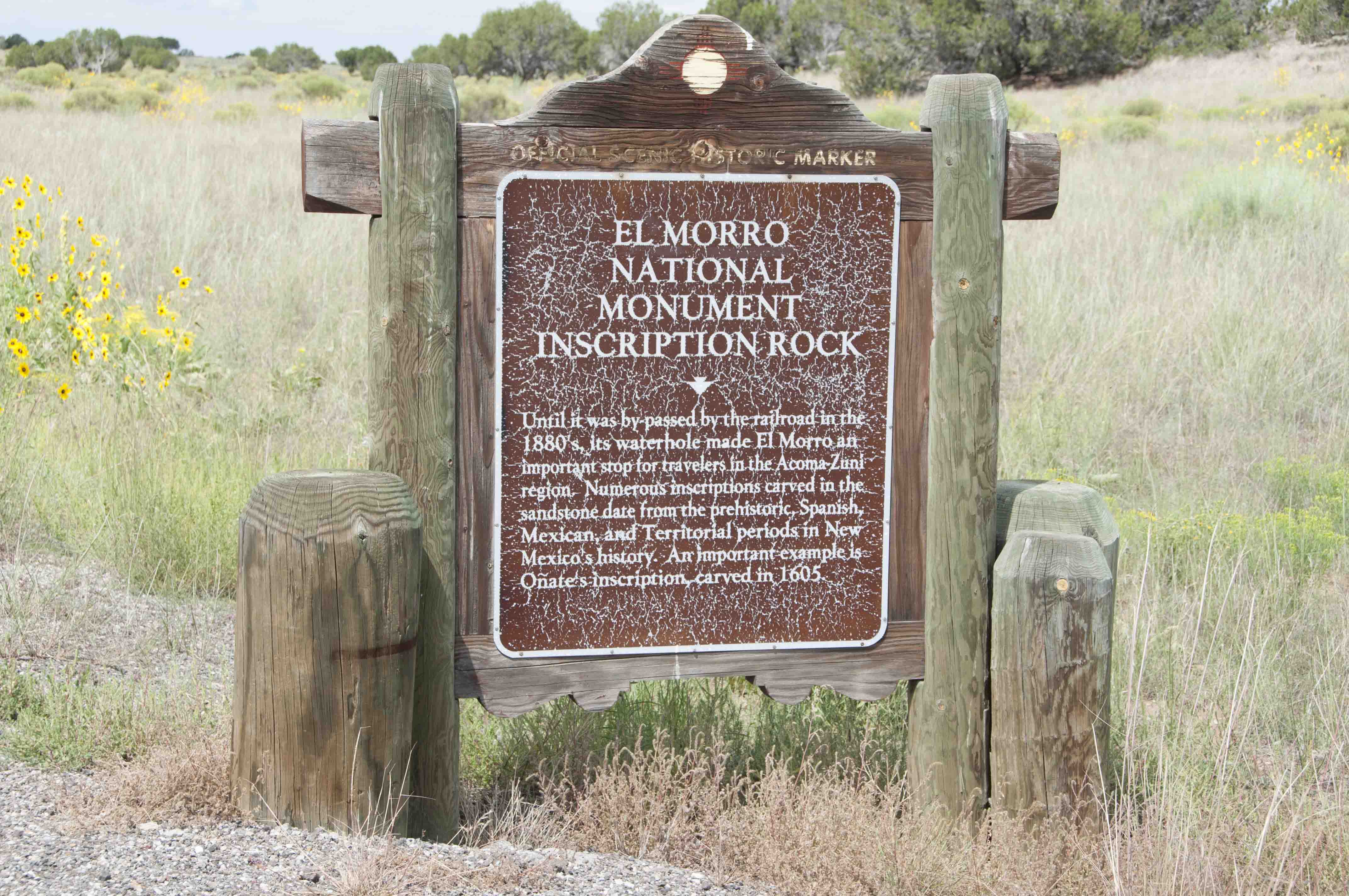 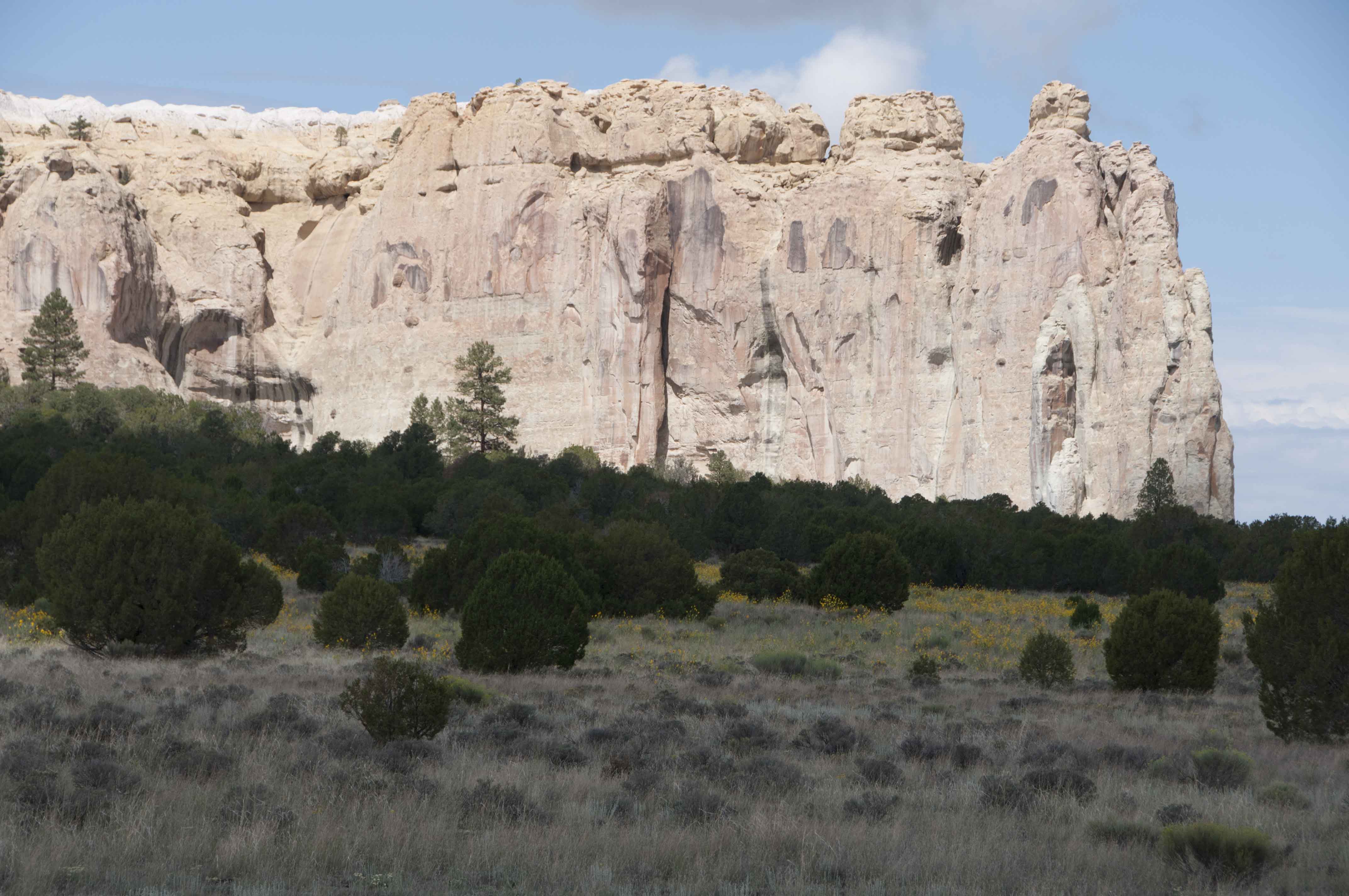 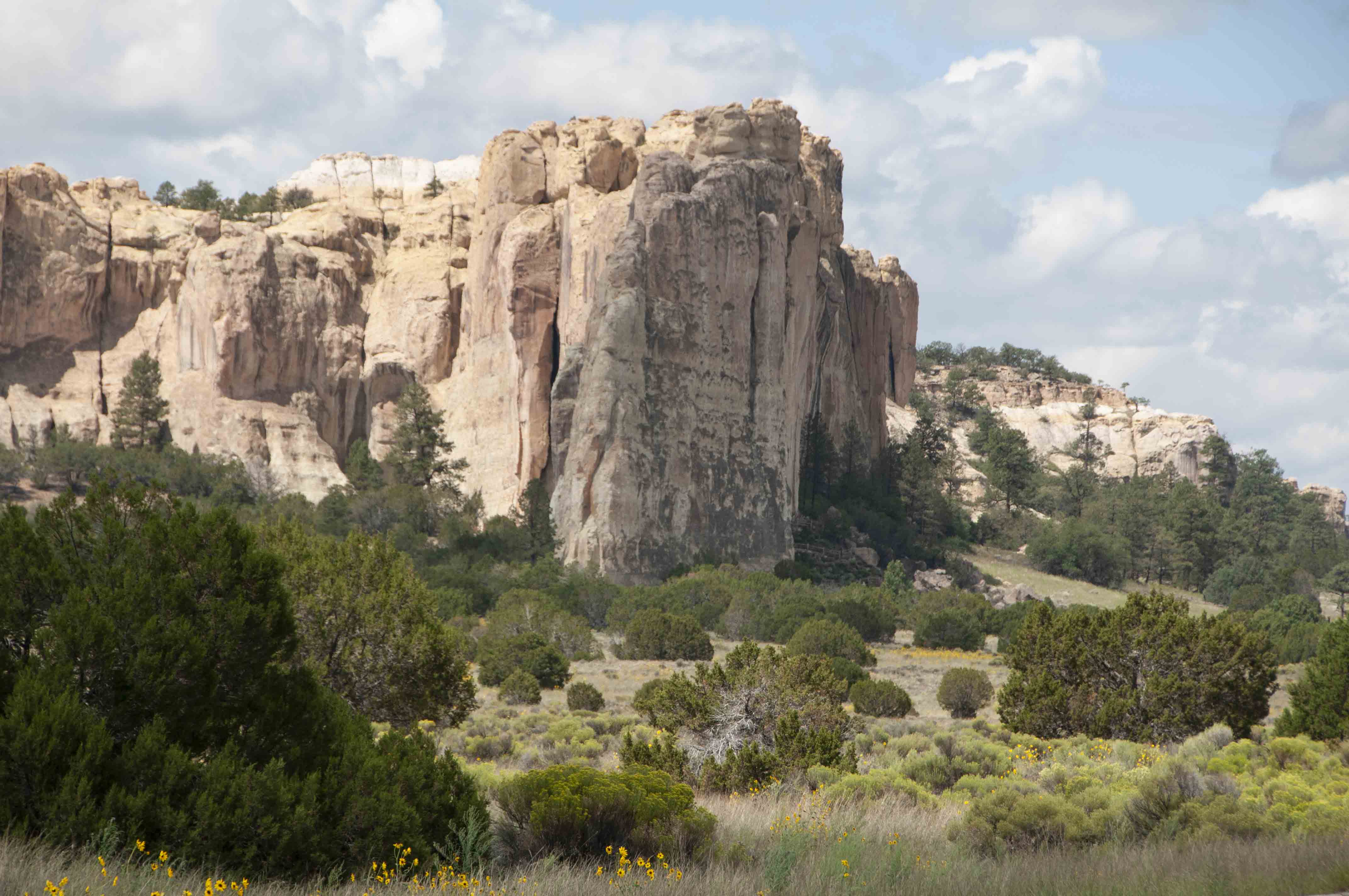 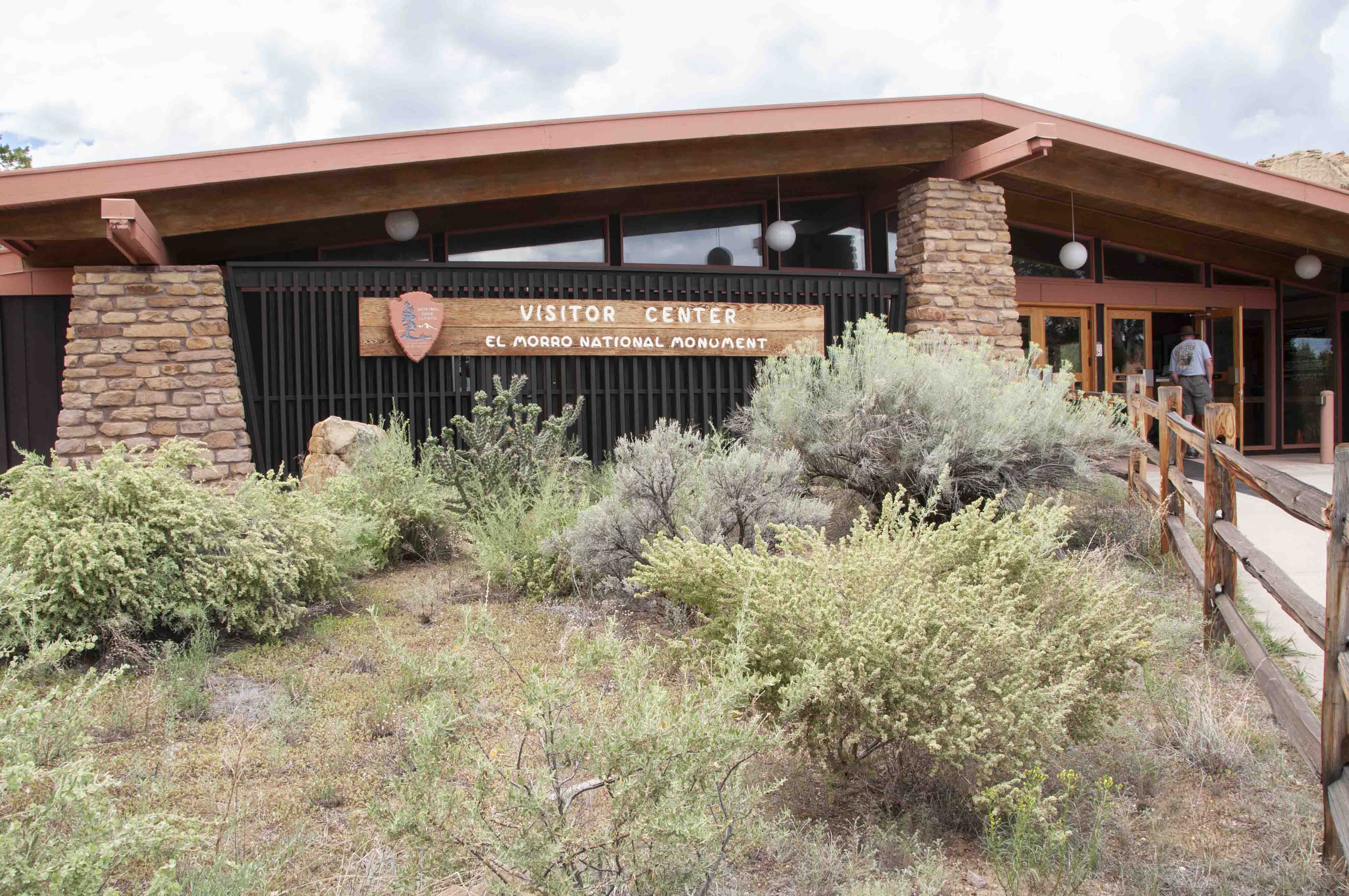 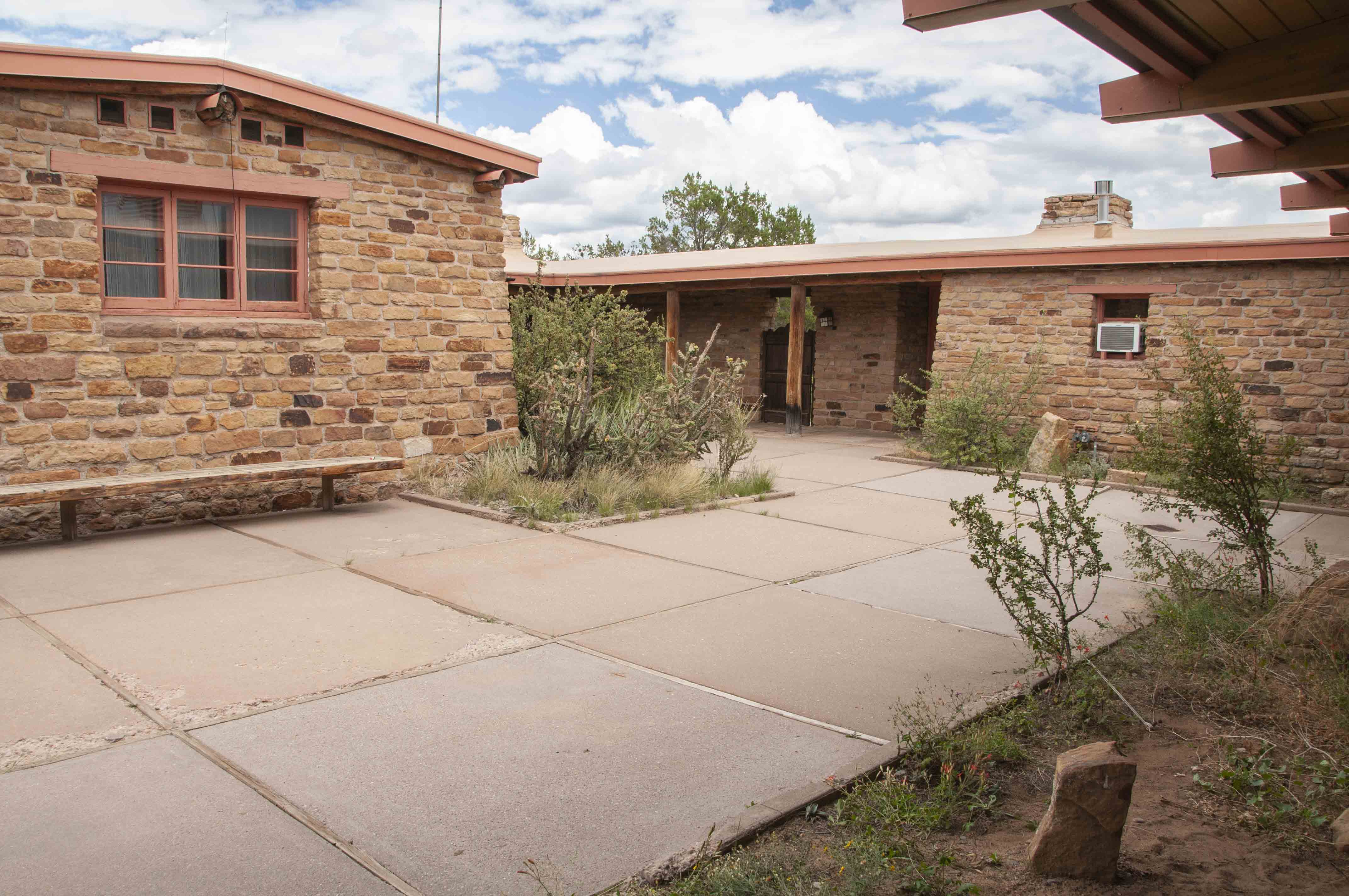 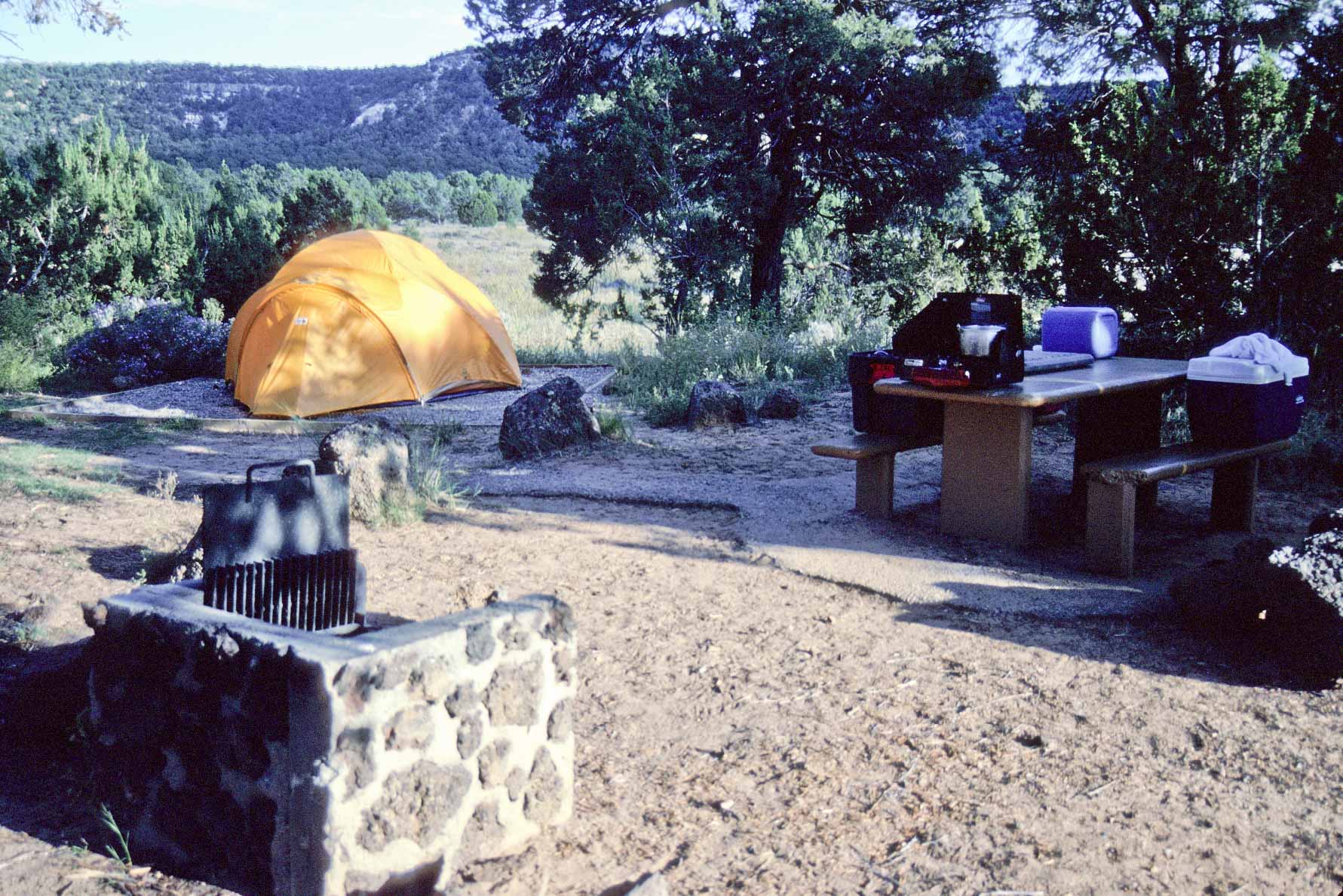 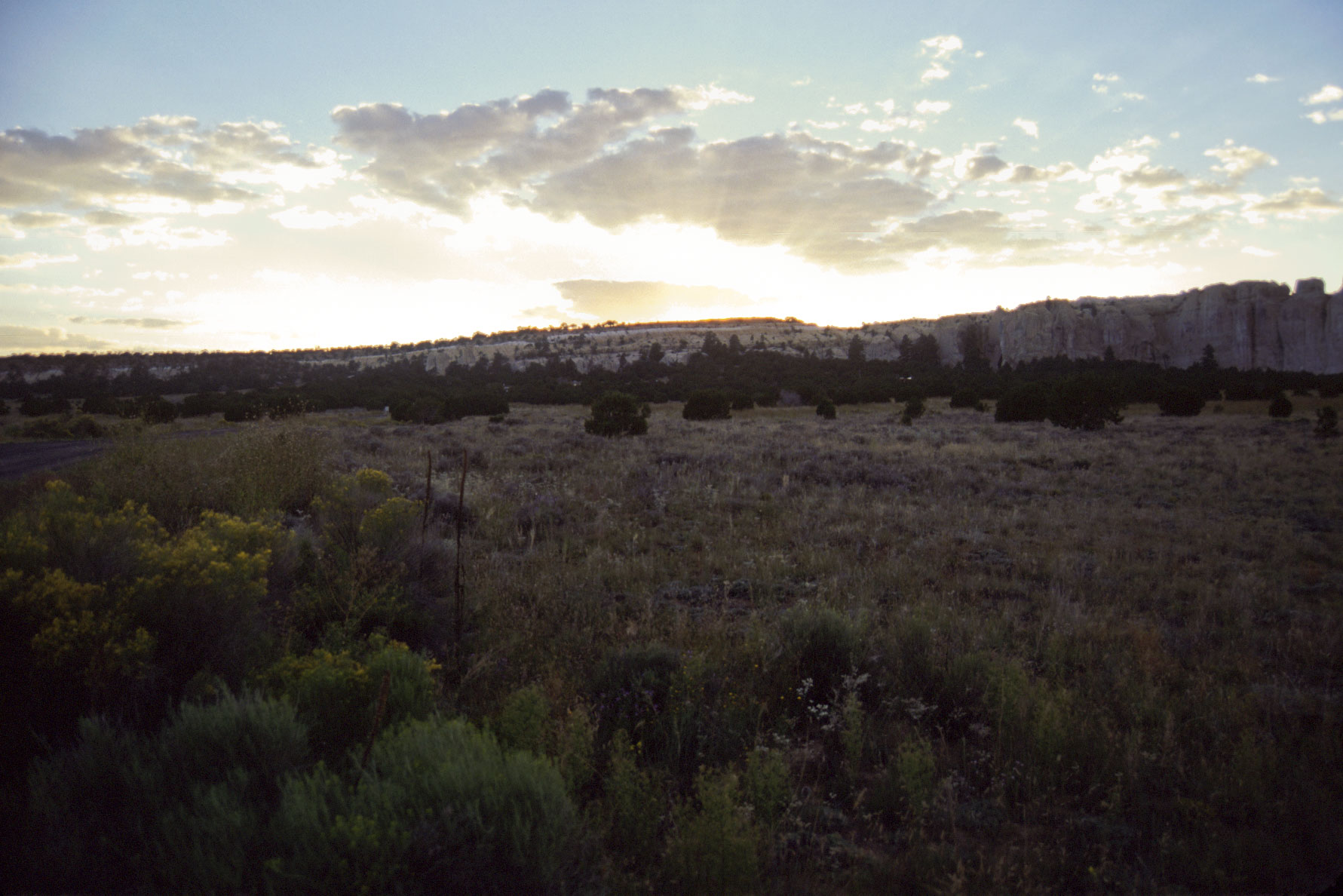 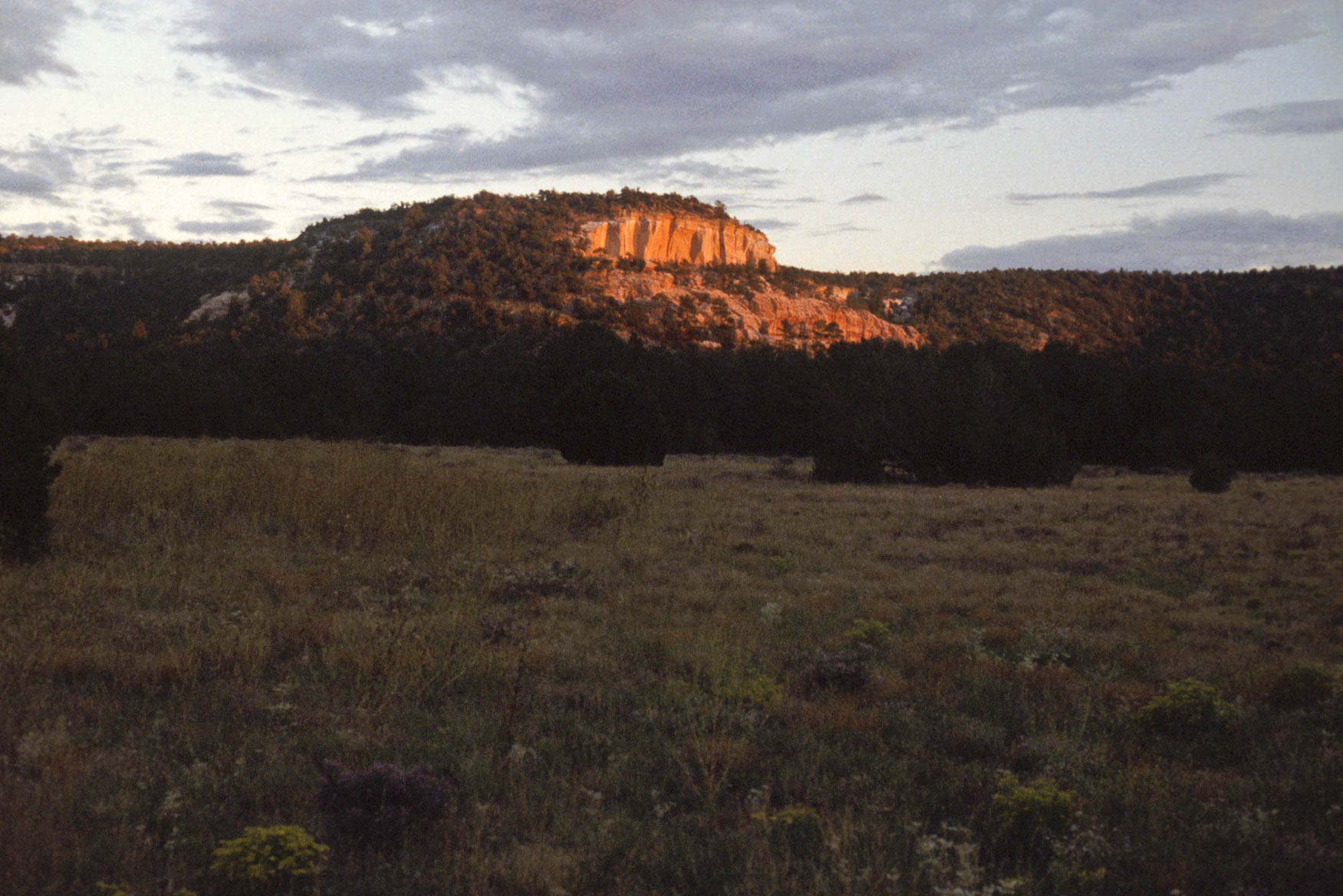 The permanent pool at the base of El Morro has quenched the thirst of travelers for hundreds of years. The pool was probably the reason Ancestral Puebloans established a settlement on top of the mesa. El estanque de peñol (the pool by the great rock) was a frequent stop of the colonial Spaniards as they traveled about Nuevo México. Later, it provided water and a welcome rest stop for Americans traveling into the southwest and California to fulfill their manifest destiny. 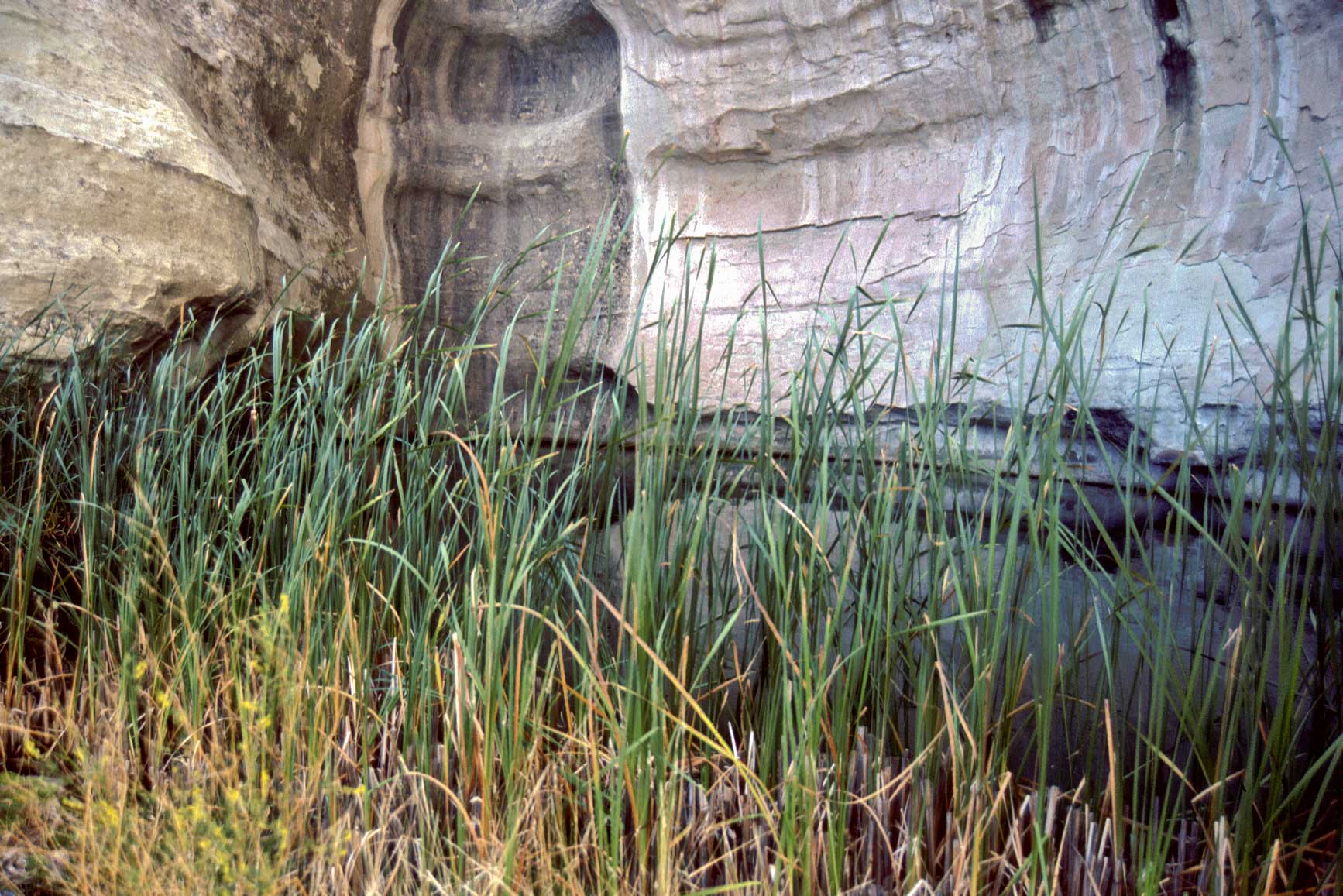 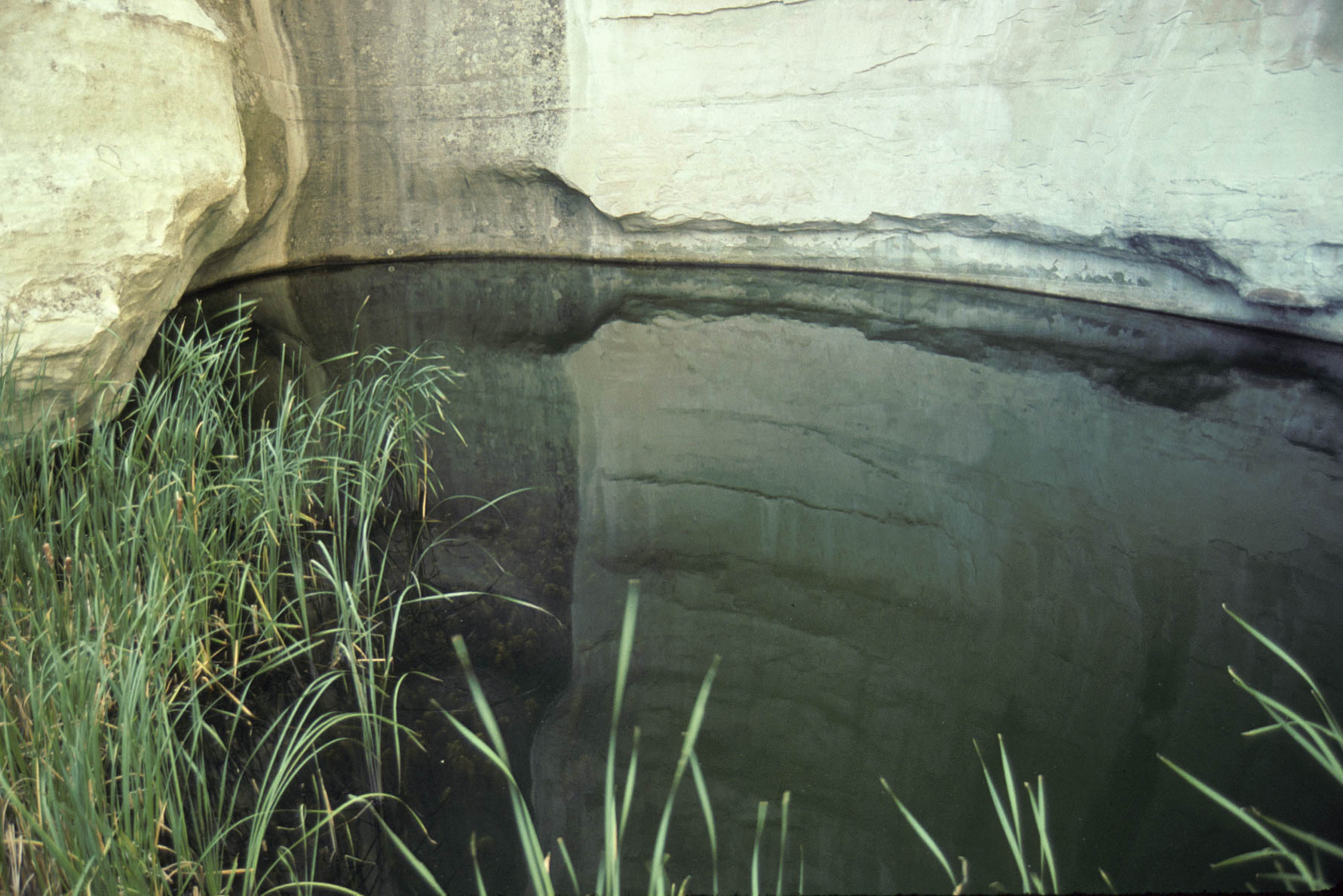 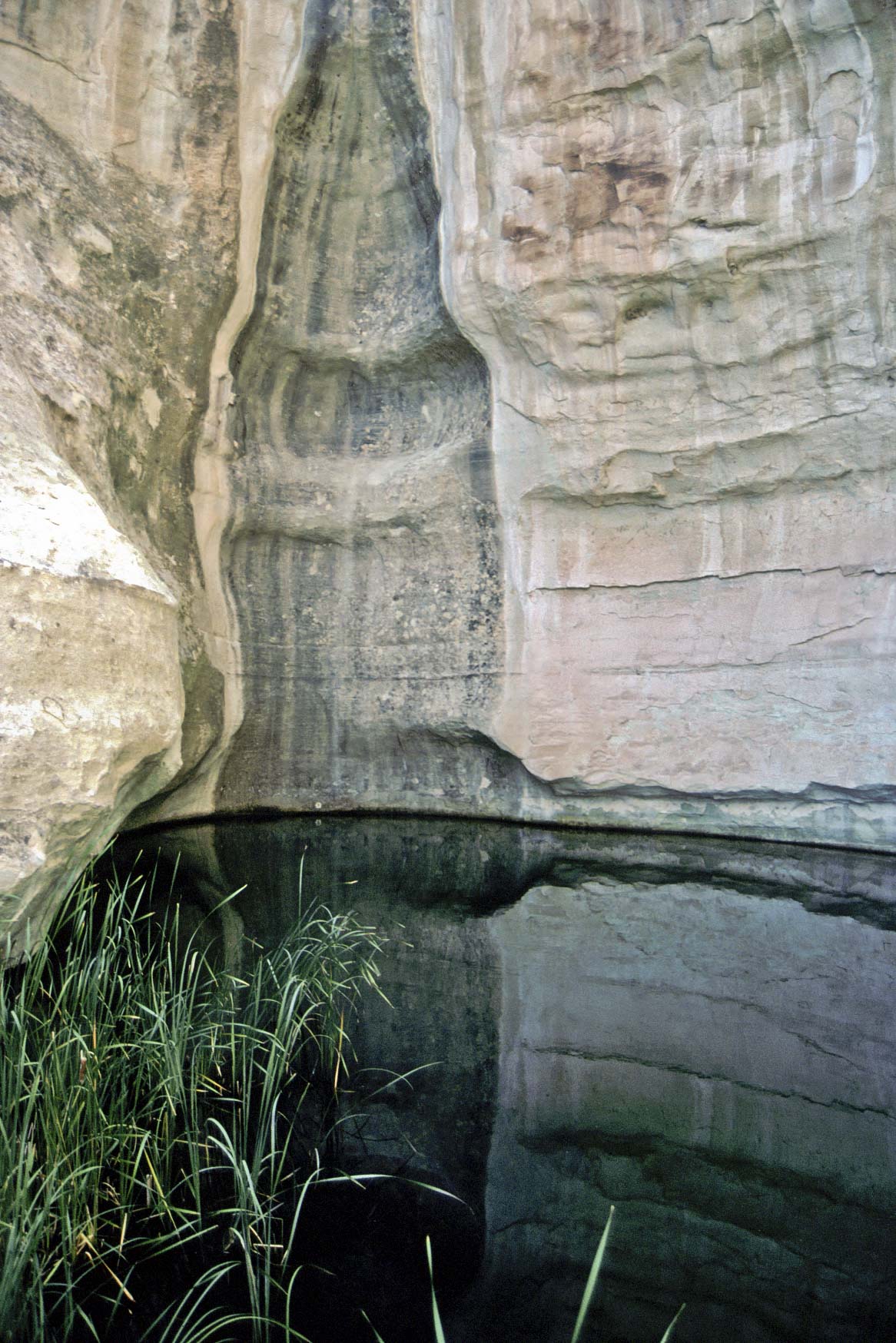 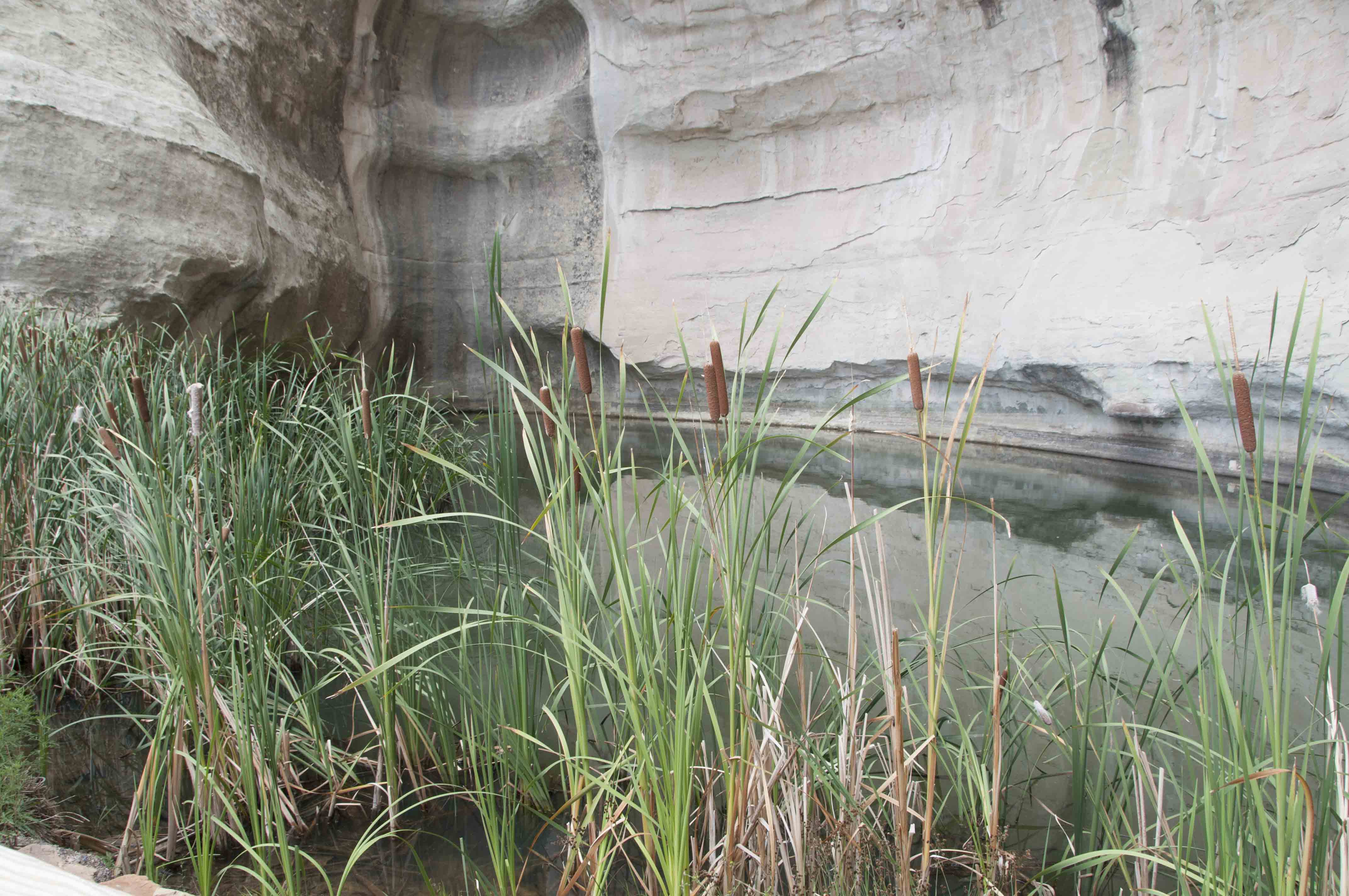 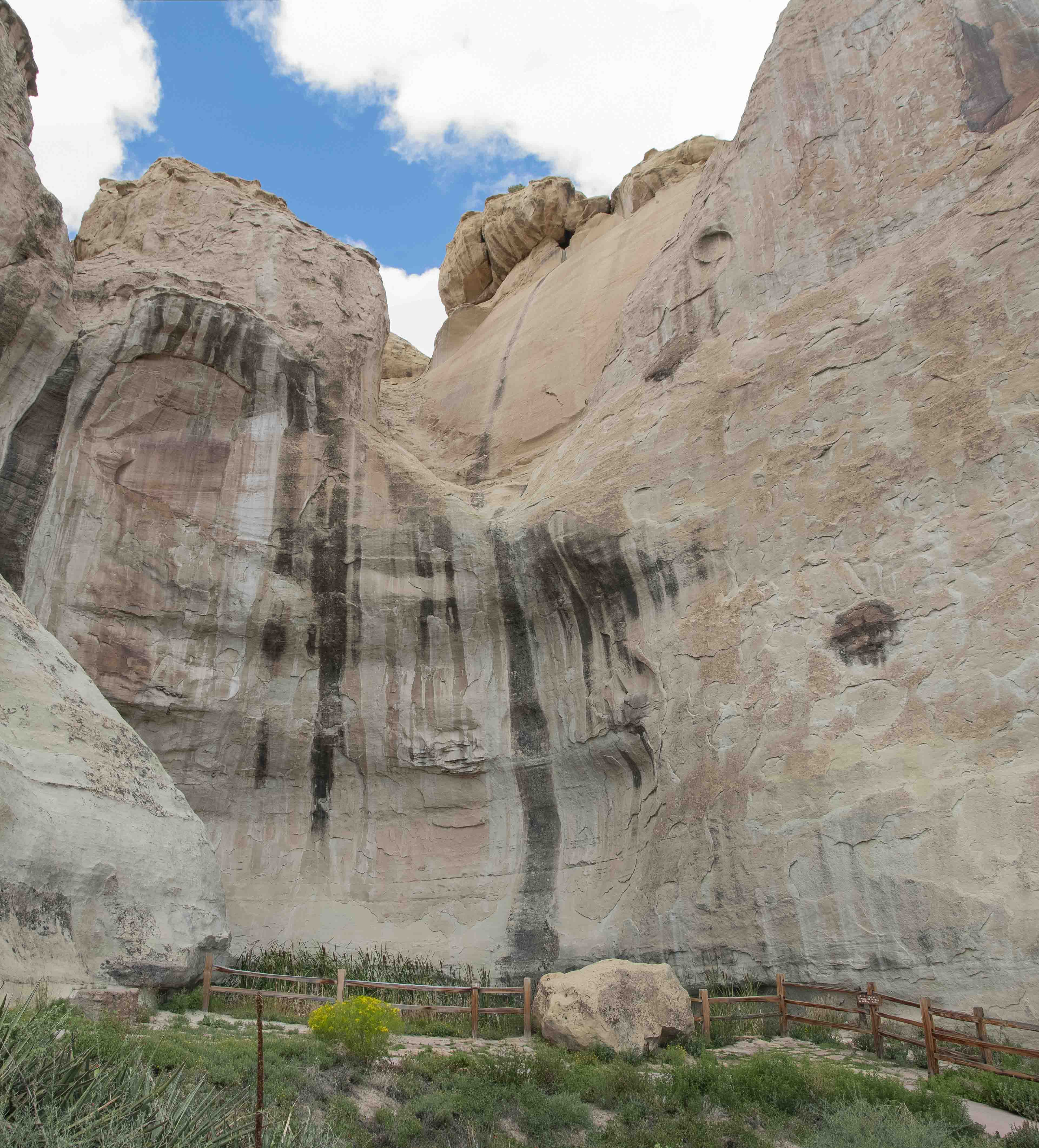 Sandstone cliff with the pool at its base 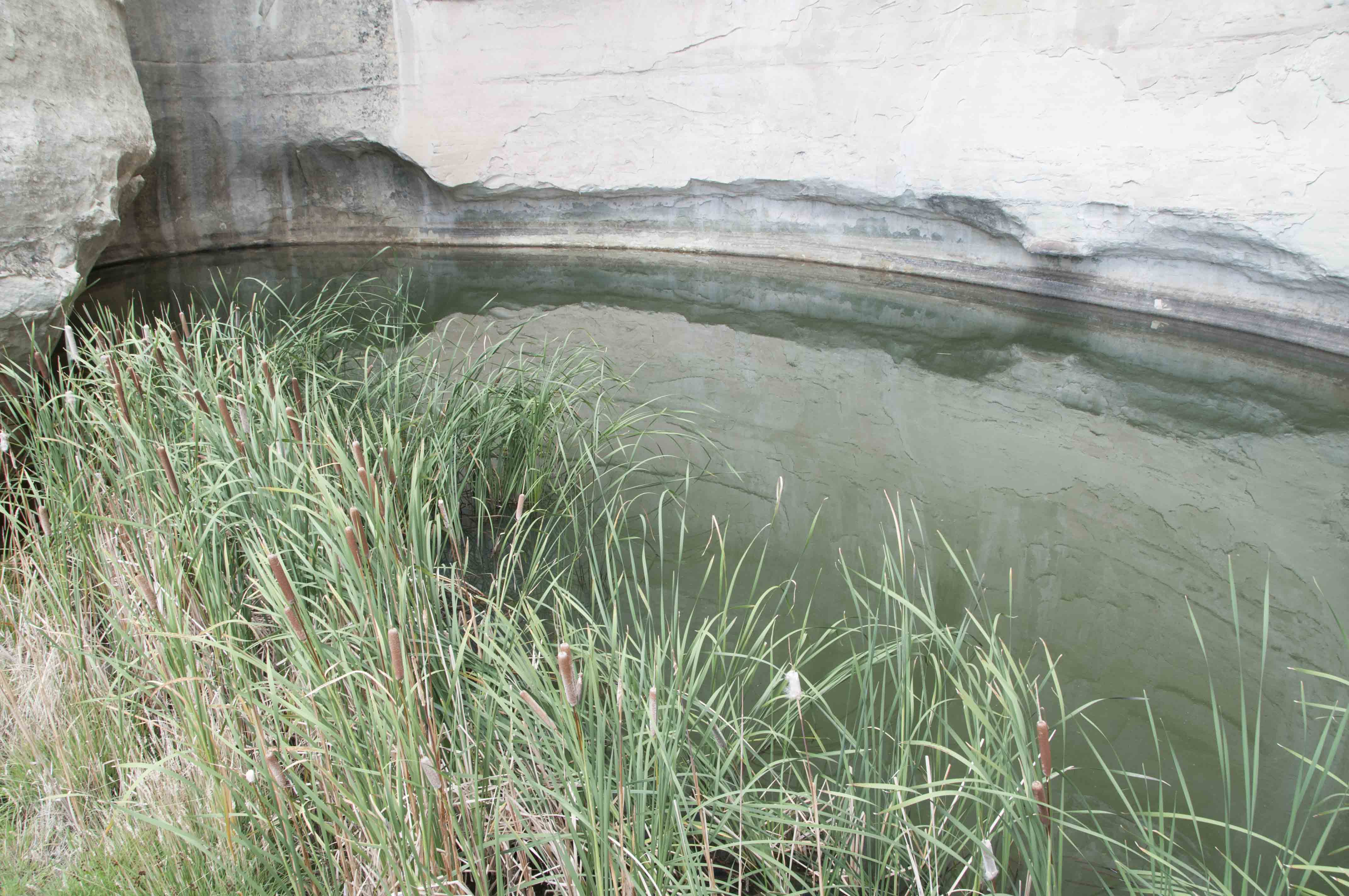 Cattails on the side of the pool 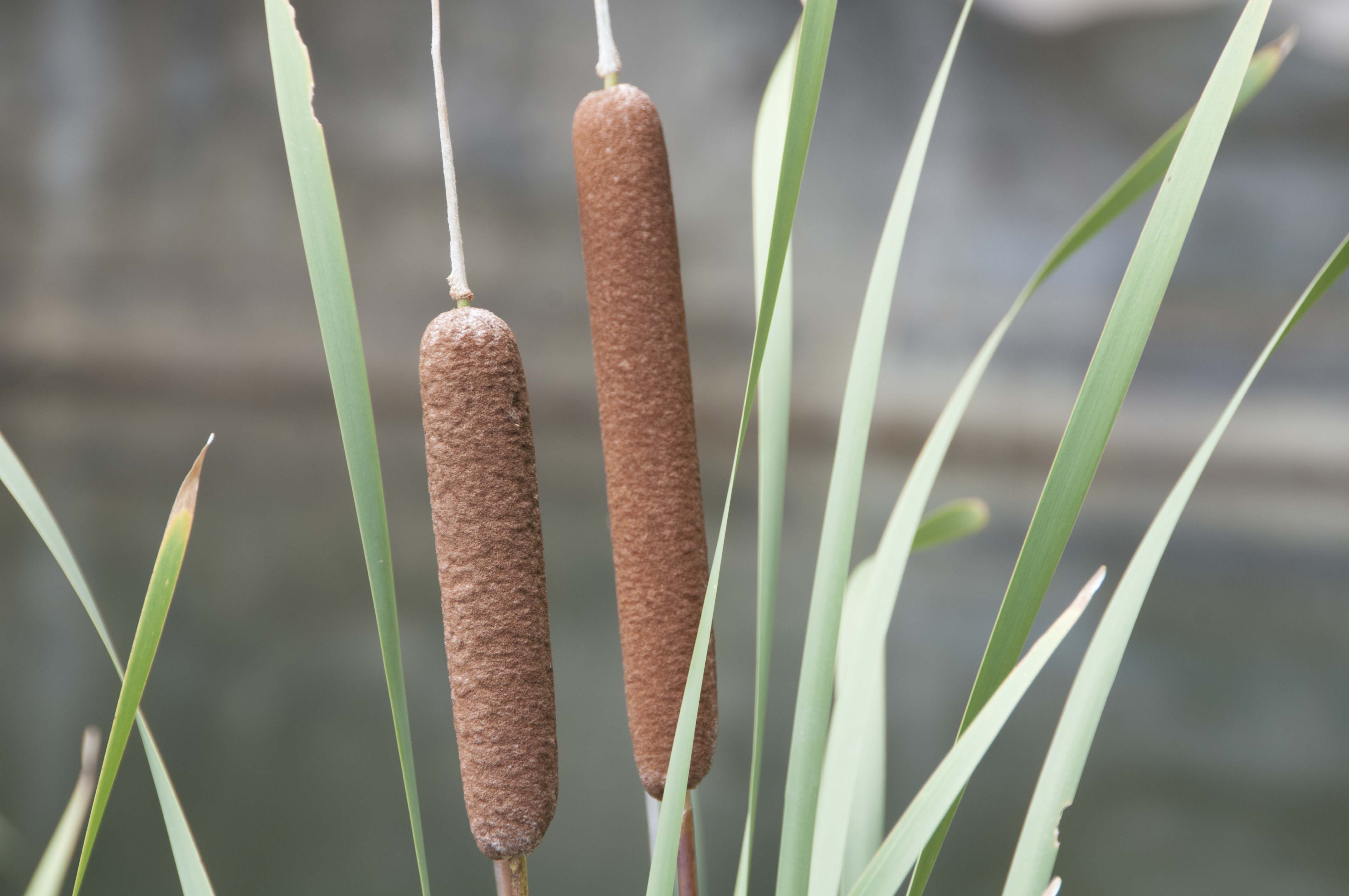 Before there was El Morro National Monument there was Inscription Rock. People have been carving their calling cards into the rock for hundreds of years. First came the Ancetral Puebloans (formerly known as Anasazi), then the Spanish, and finally the Americans. Inscription Rock contains over 2,000 signatures, dates, messages, and petroglyphs.

Photography Notes (you can skip this paragraph if you're not a photo fanatic) - I photographed many of the inscriptions on 3 different occasions, and found it difficult to get good, high quality photos each time. Time of day and shadows made color balance and exposure a challenge. On my last foray to El Morro I had switched from film to digital photography, and I spent considerable time shooting inscriptions at different exposures to produce HDR (High Dynamic Range) images. A HDR image is a composite of identical photos shot at different exposures that theoretically brings out detail across the entire exposure range. Sometimes this worked and sometimes it didn't. I've included the HDR image along side the "correct" auto-exposure photo for some of the inscriptions.

FYI, the following photos are not in the same order that one would encounter them on the Inscription Trail, but rather are grouped by category. 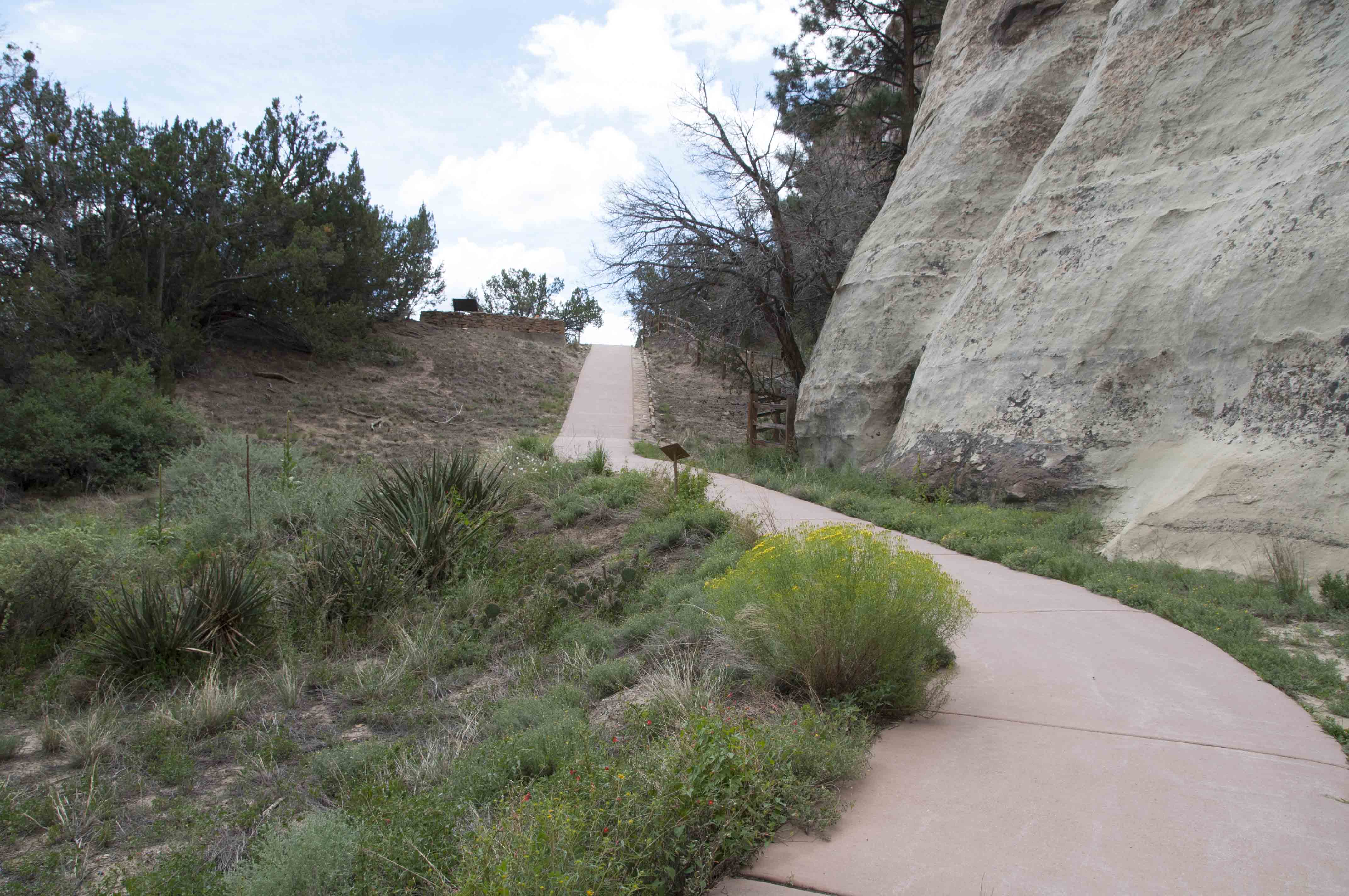 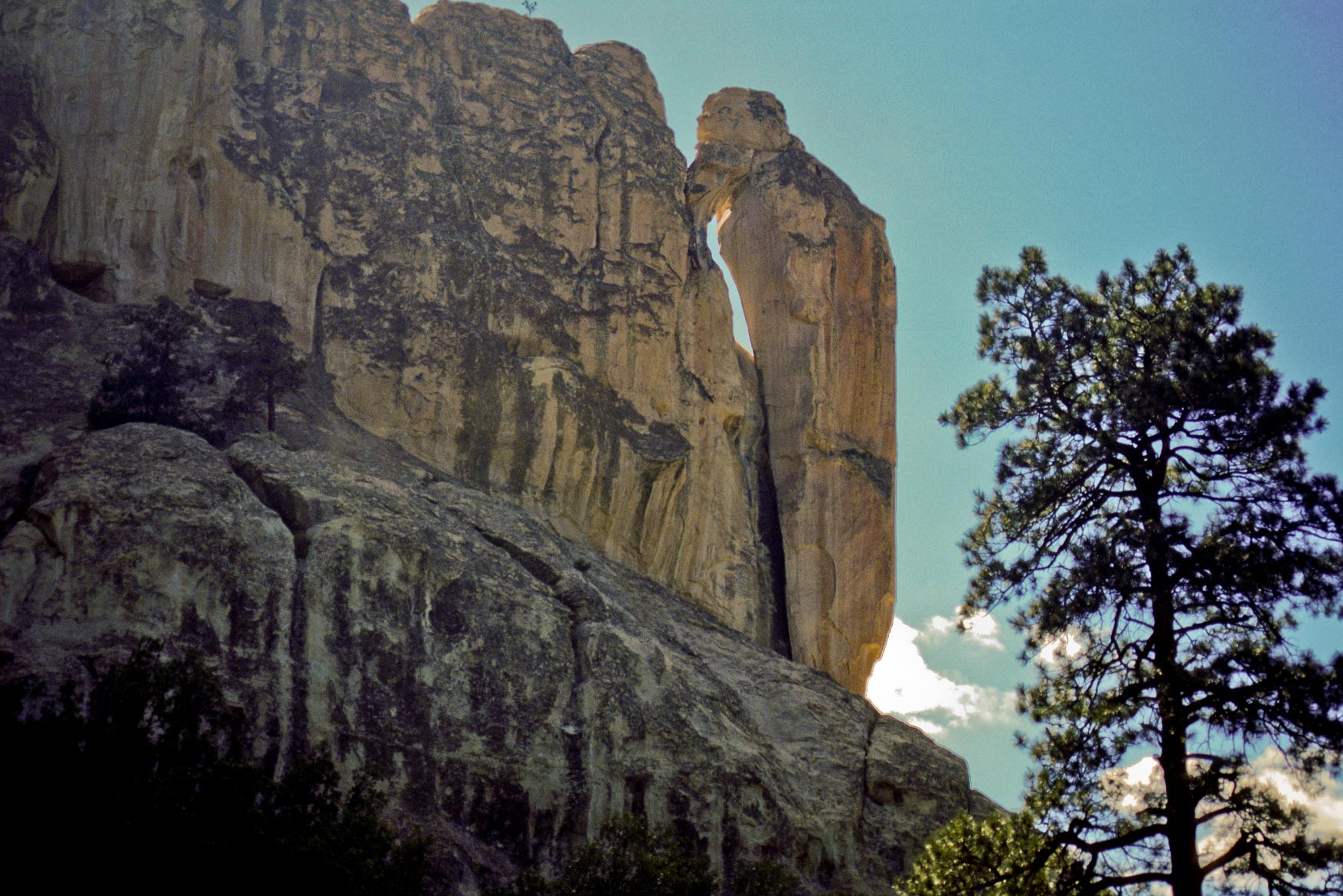 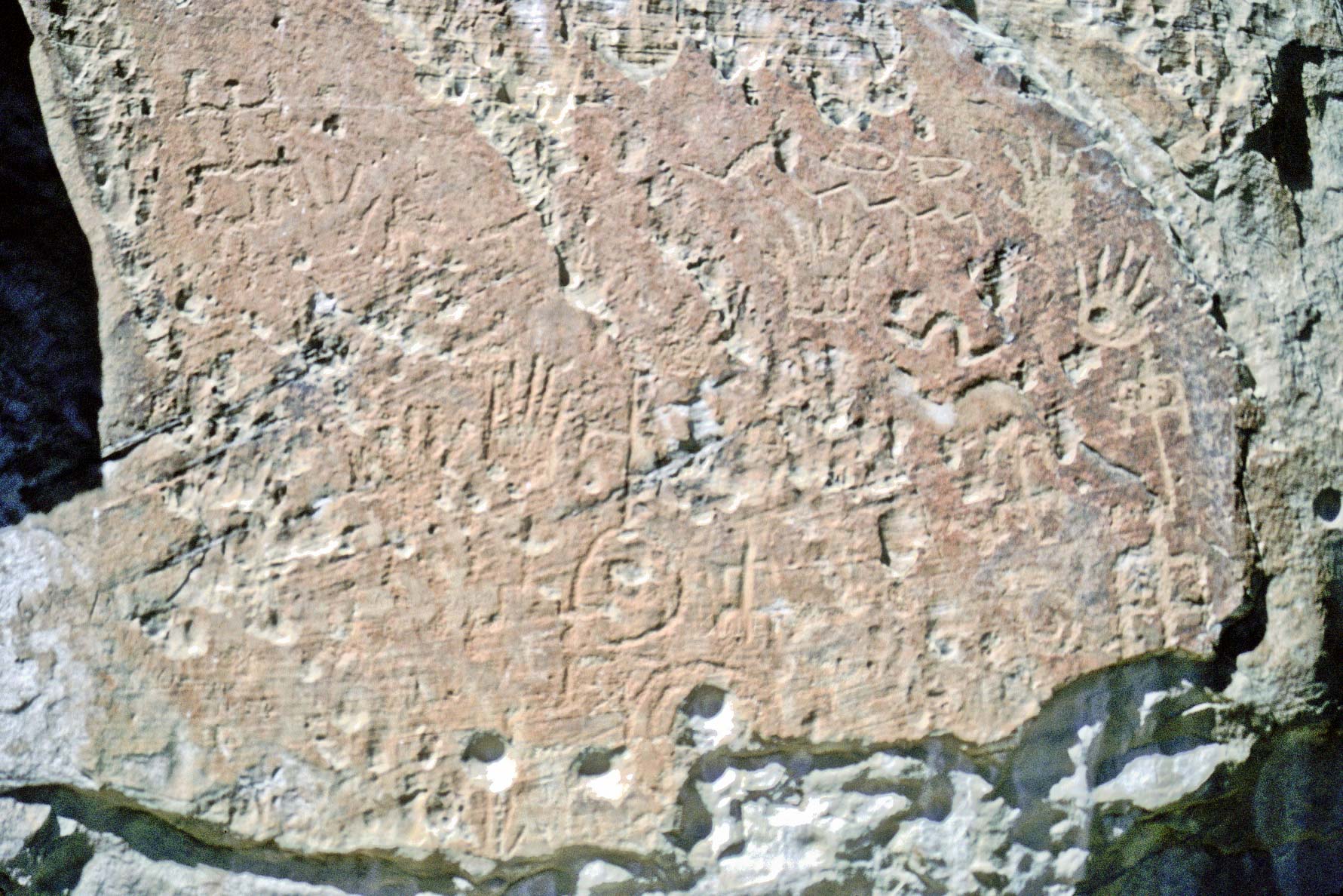 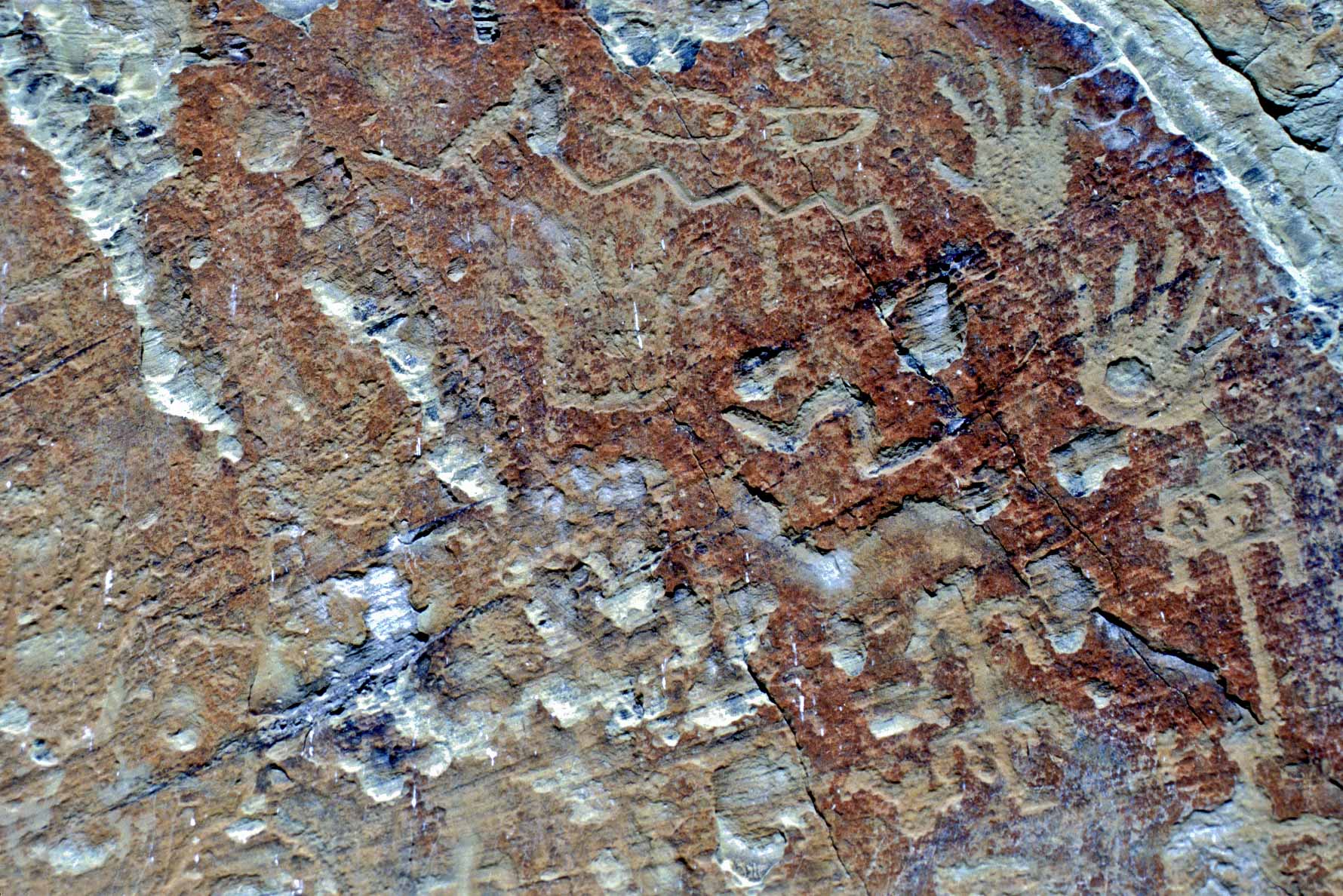 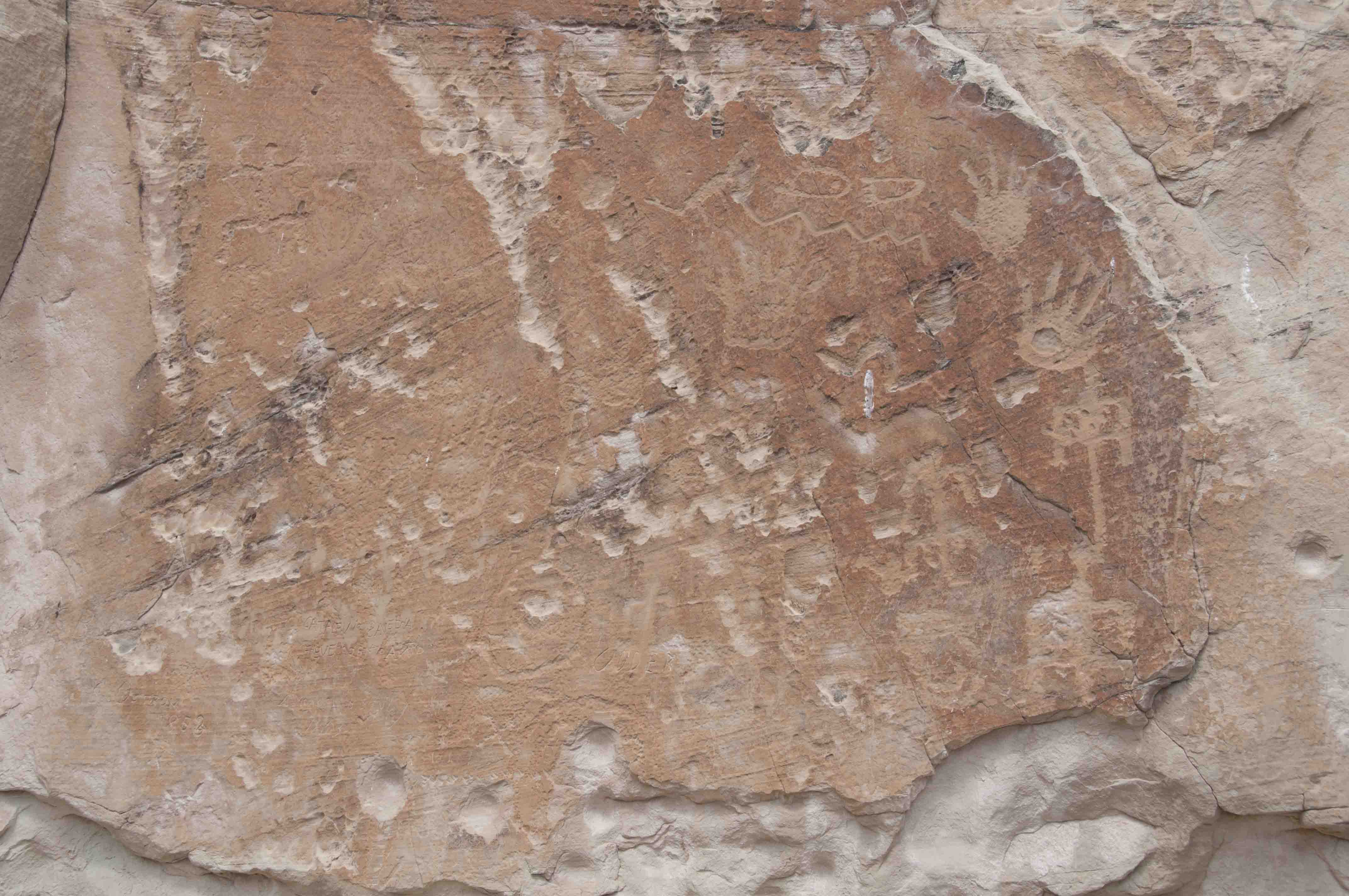 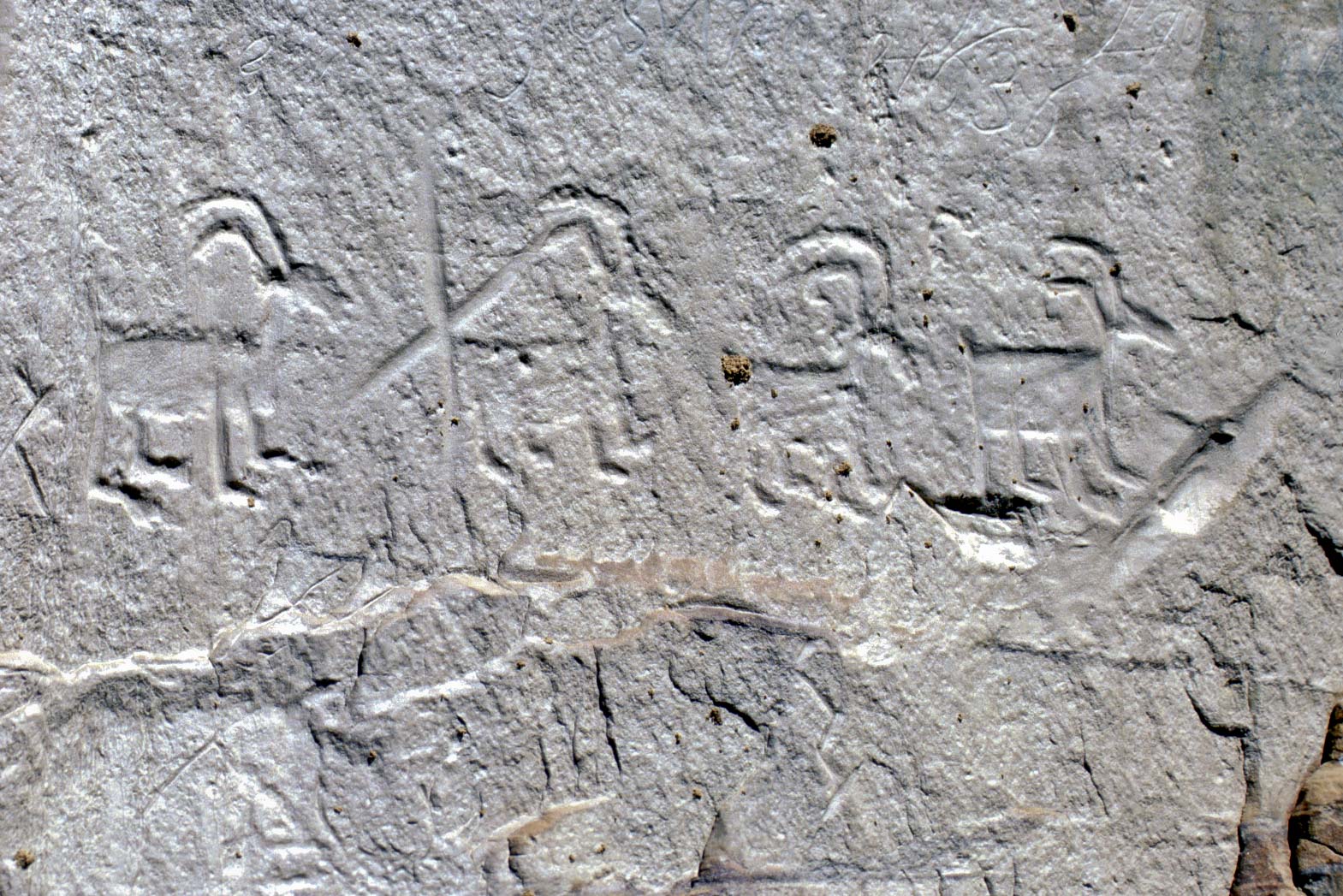 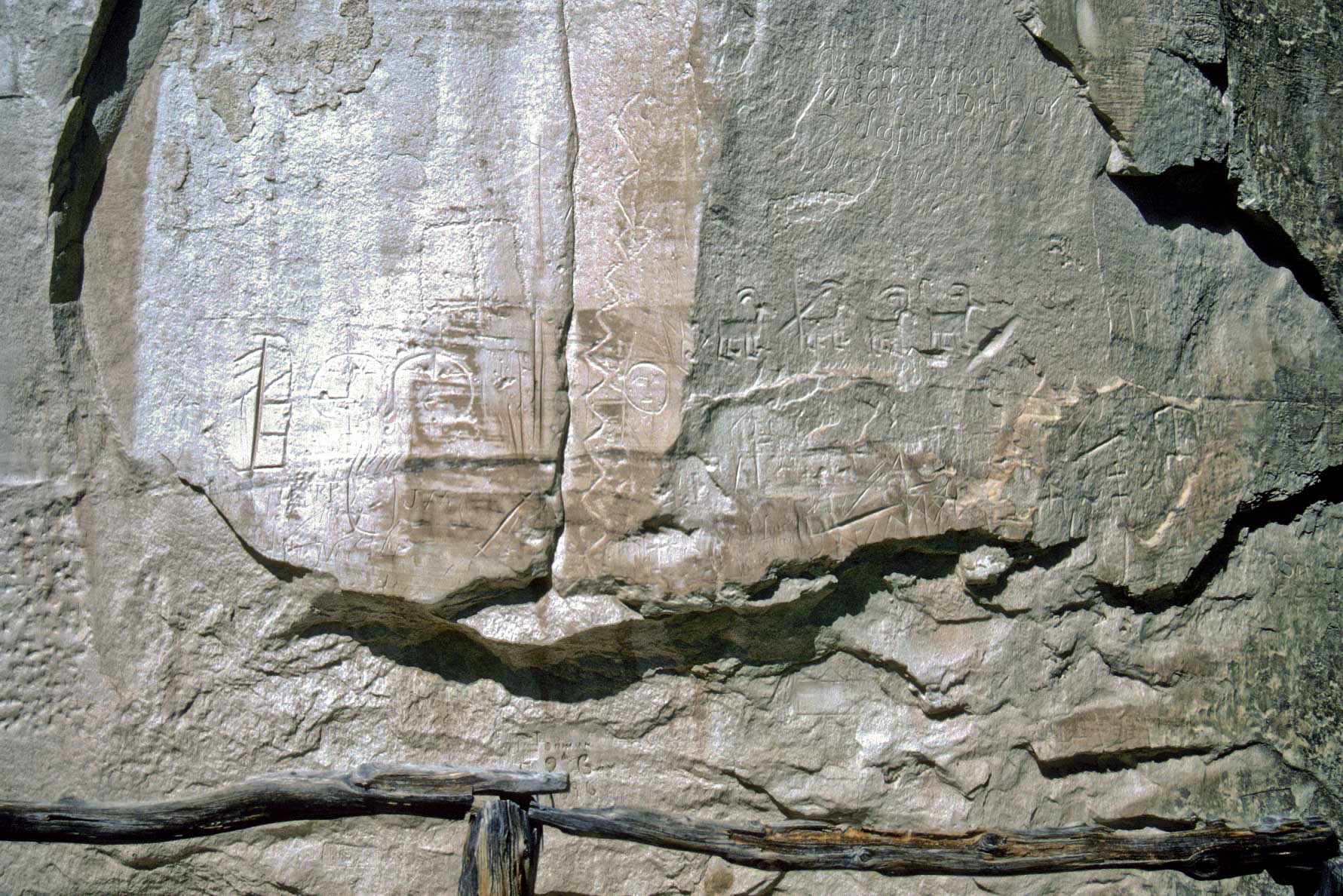 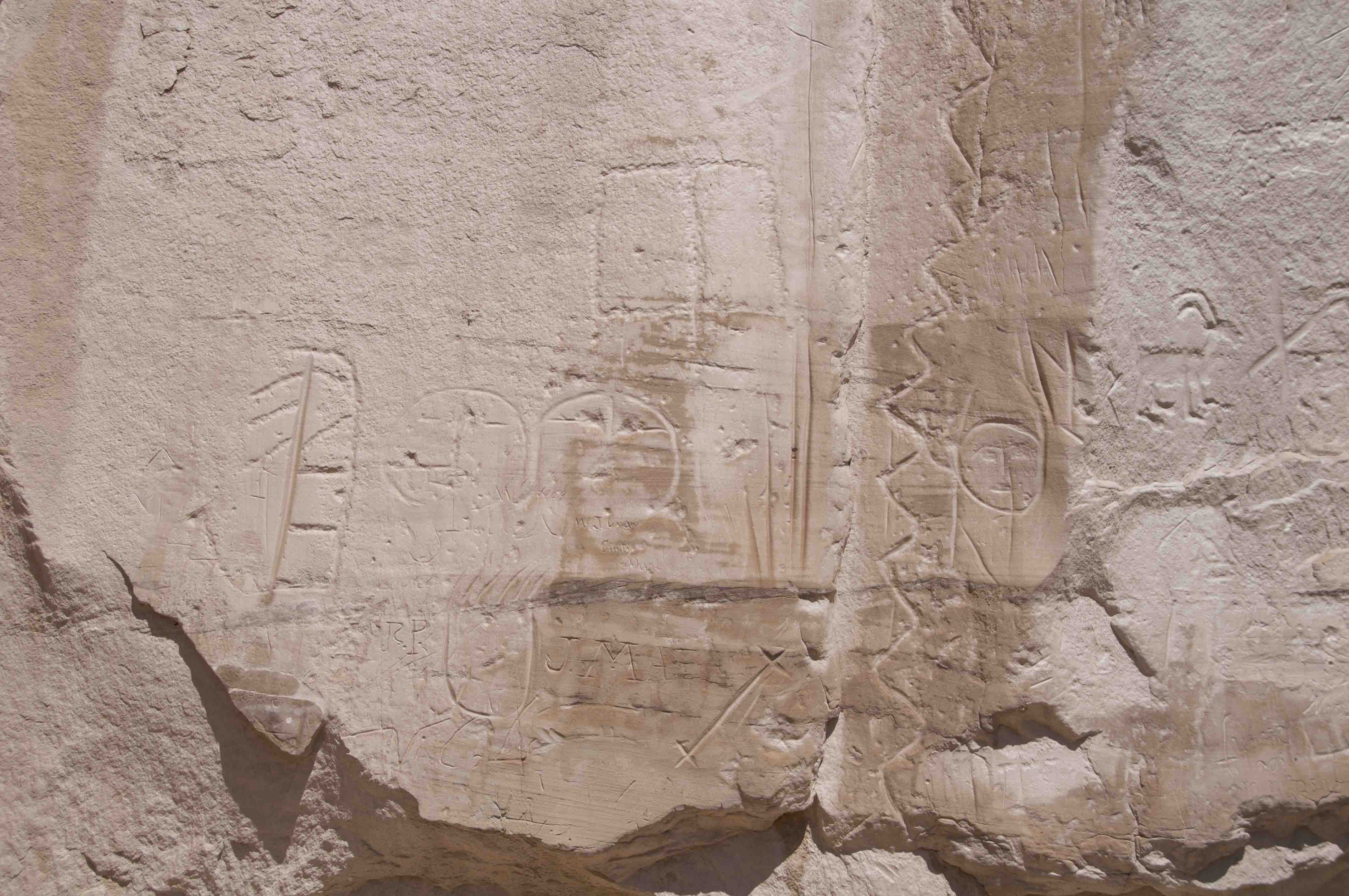 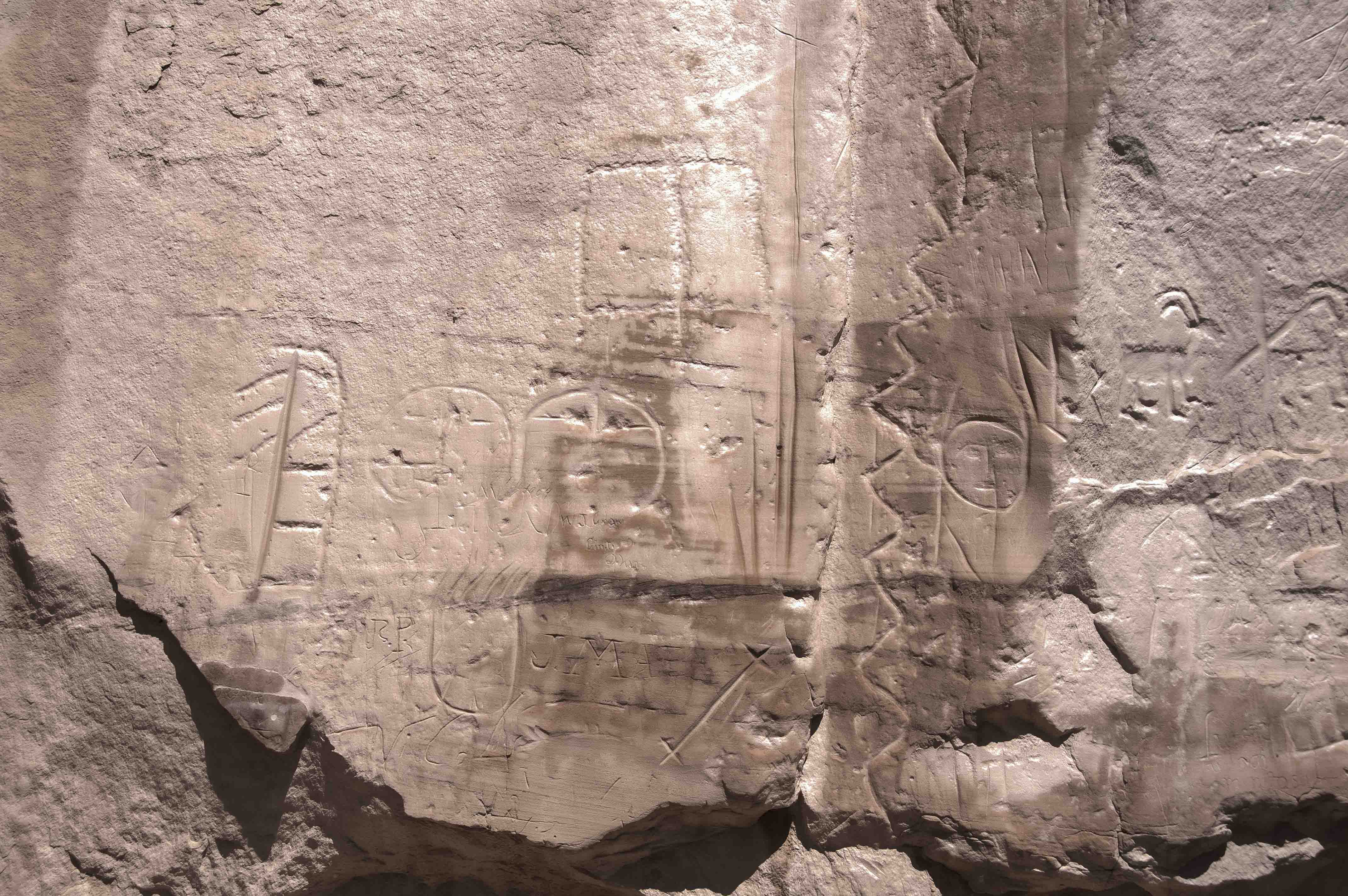 After the petroglyphs, the Spanish inscriptions are the next oldest ones on Inscription Rock.

Juan de O&#0241ate inscription April 16, 1605 - This is the oldest Spanish insciption at El Morro.
Sergeant Major inscription 1636 - "We, Sergeant Major and Captain Juan de Archuleta and Adjutant Diego Martin Barba and Ensign Agustin de Ynojos passed by here, in the year of 1636"
Don Diego de Vargas inscription 1692 - “Here was the General Don Diego de Vargas, who conquered for our Holy Faith, and for the Royal Crown, all the New Mexico, at his expense, year of 1692”
Ramon Garcia Jurado inscription 1709 - "On the 25th of the month of June, of this year of 1709, passed by here on the way to Zuni, Ramon Garcia Jurado."
Don Feliz Martinez inscription 1716 - "Year of 1716 on the 26th of August passed by here Don Feliz Martinez, Governor and Captain General of this realm to the reduction and conquest of the Moqui (Hopi) and [with him] the reverend Father Friar Antonio Camargo, Custodian and ecclesiastical judge."
Don Martin de Elizacochea inscription (1737) - "The 28th day of September of 1737, Licentiate Bachiller Don Juan Ignatio of Arrasain and lord Don Martin de Elizacochea, Bishop of Durango Mexico, arrived here."
Pedro Romero inscription 1751 - "By here passed Pedro Romero on the 22nd of August, year of 1751"
Andres Romero inscription 1774 - "Andres Romero passed through here in the year 1774" Probably the last of the colonial Spaniards to leave an inscription. 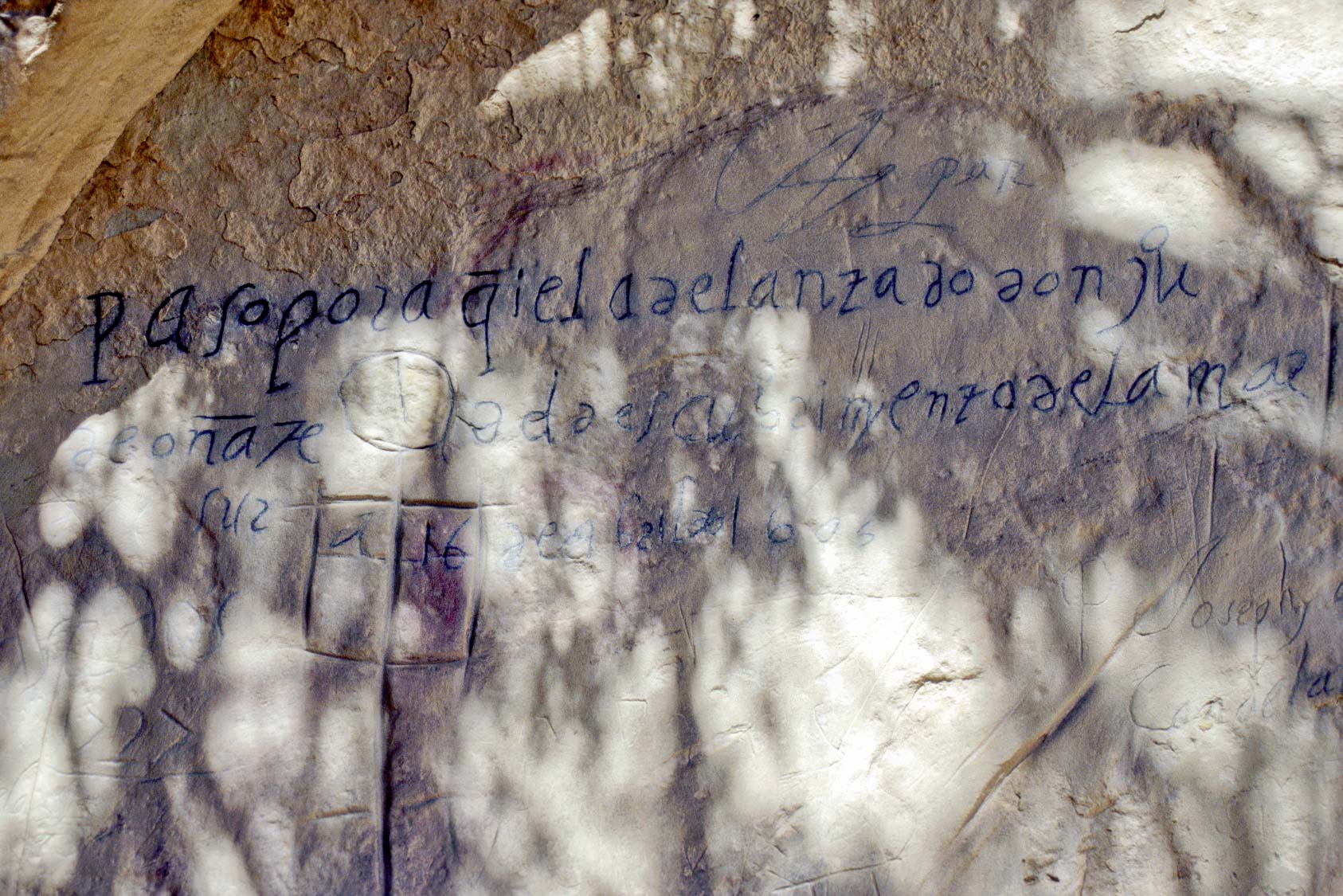