The Dry Tortugas are a small archipelago of seven islands. They are the westernmost of the Florida Keys located about 70 miles from Key West. Tortuga is the Spanish word for turtle (or tortoise), and Ponce de Leon named the islands the Tortugas after the large number of sea turtles he found there. The word "Dry" was added because the islands contain no fresh water. The Dry Tortugas were designated Fort Jefferson National Monument by President Franklin Roosevelt in January, 1935, and then as Dry Tortugas National Park by congress in October of 1992. The park is known for crystal clear waters and beautiful coral reefs. Things to do include camping, swimming, snorkeling and diving, bird watching, and of course touring Fort Jefferson. 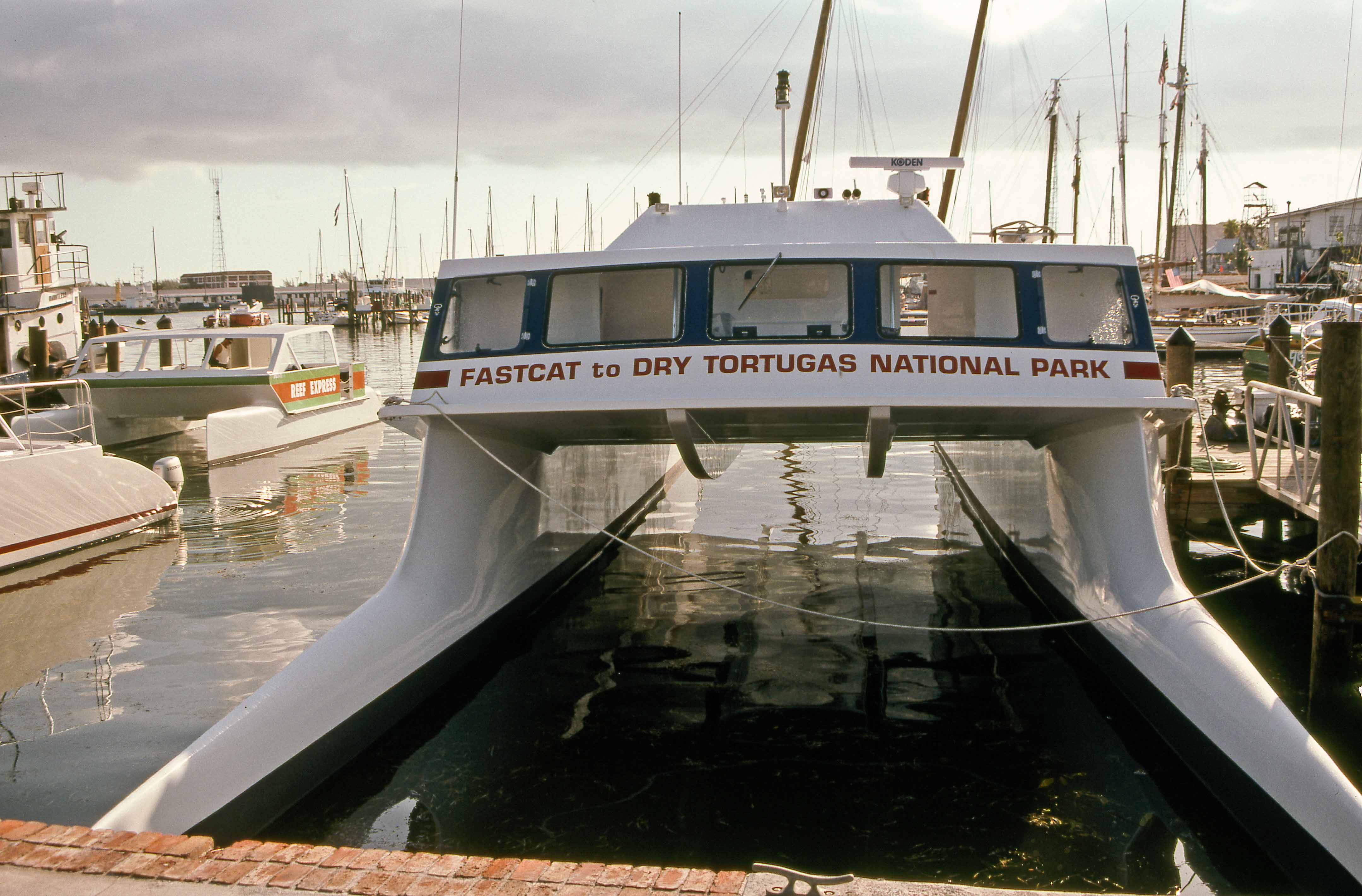 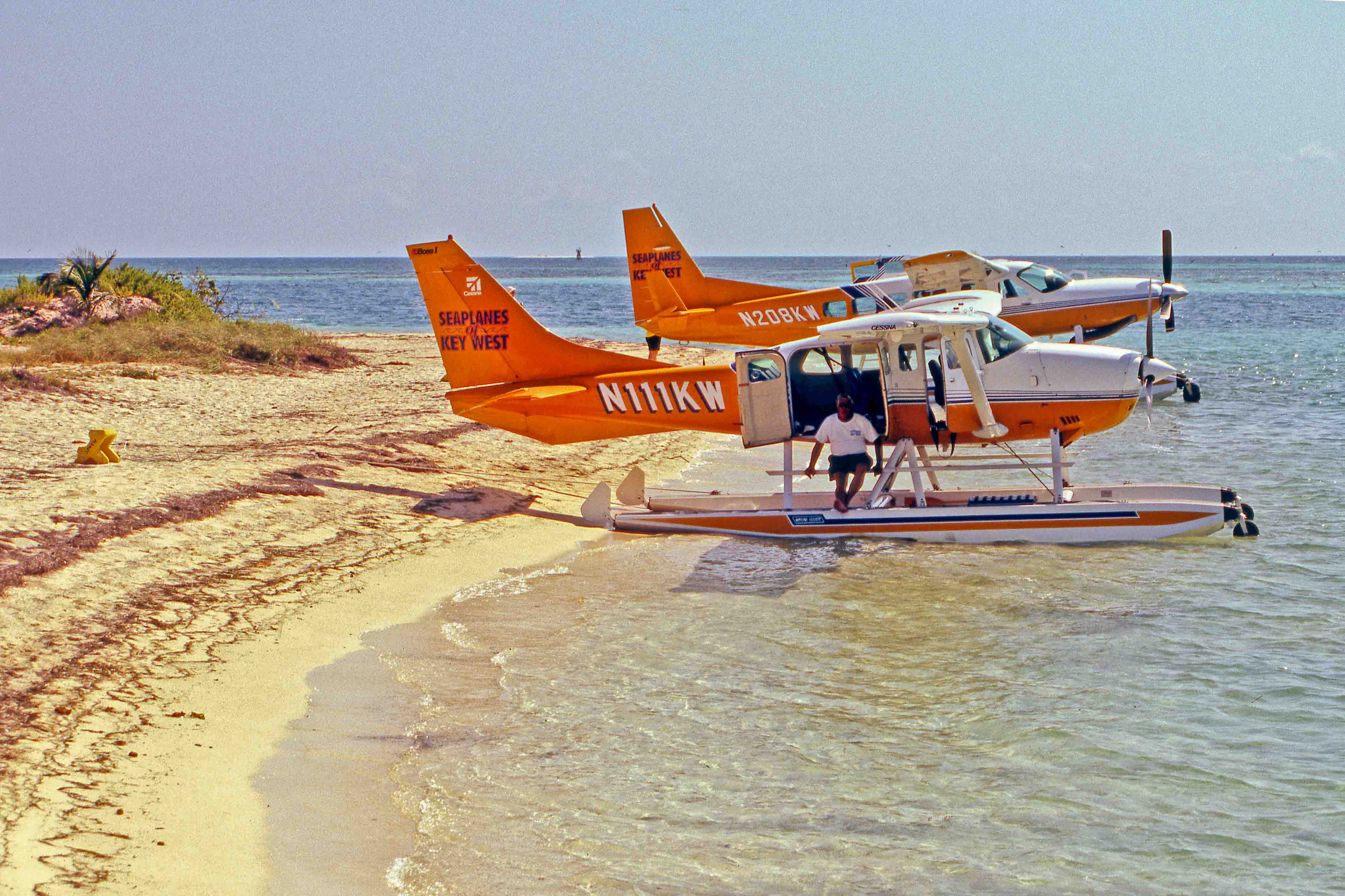 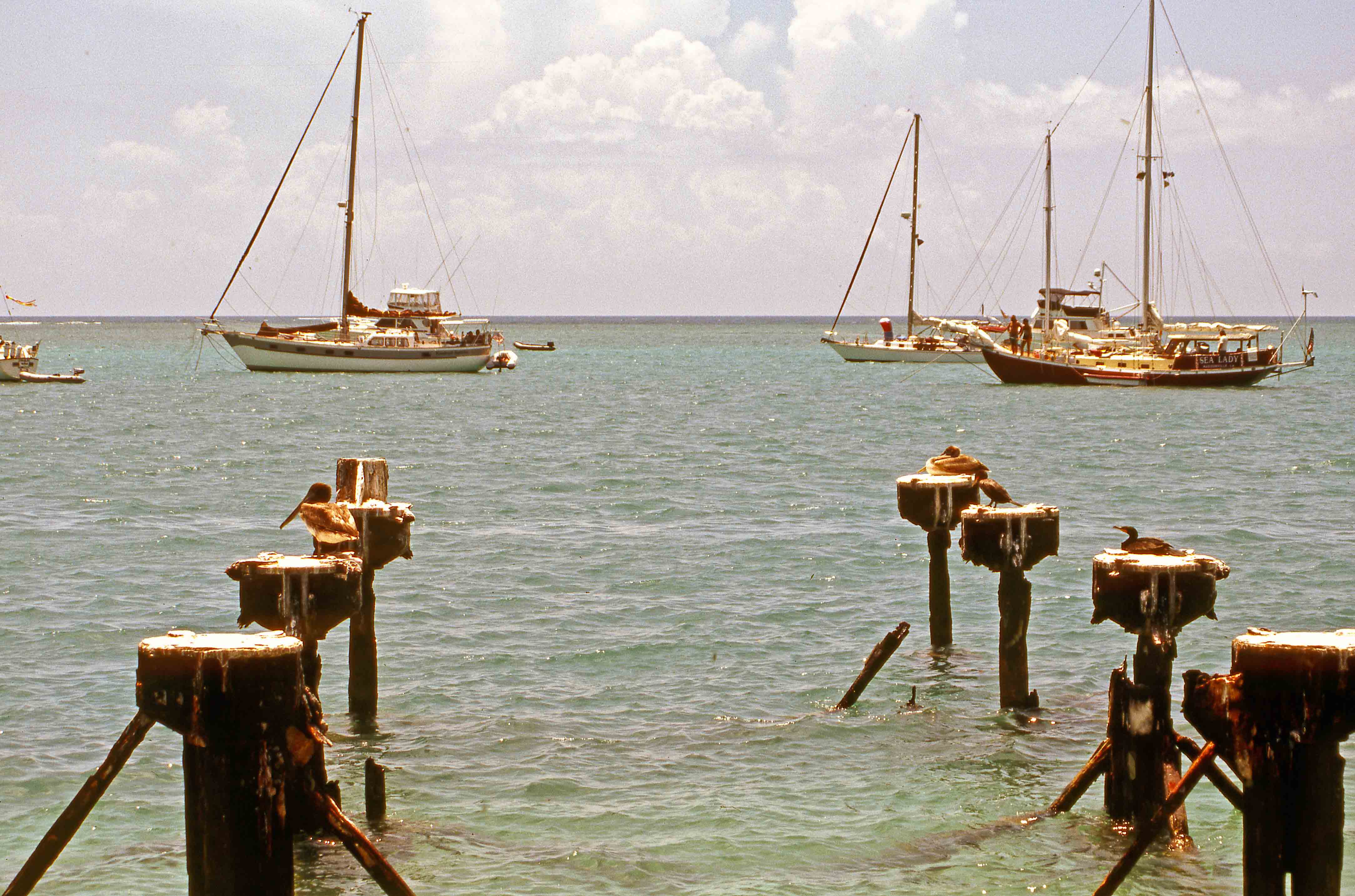 Some folks bring their own boats 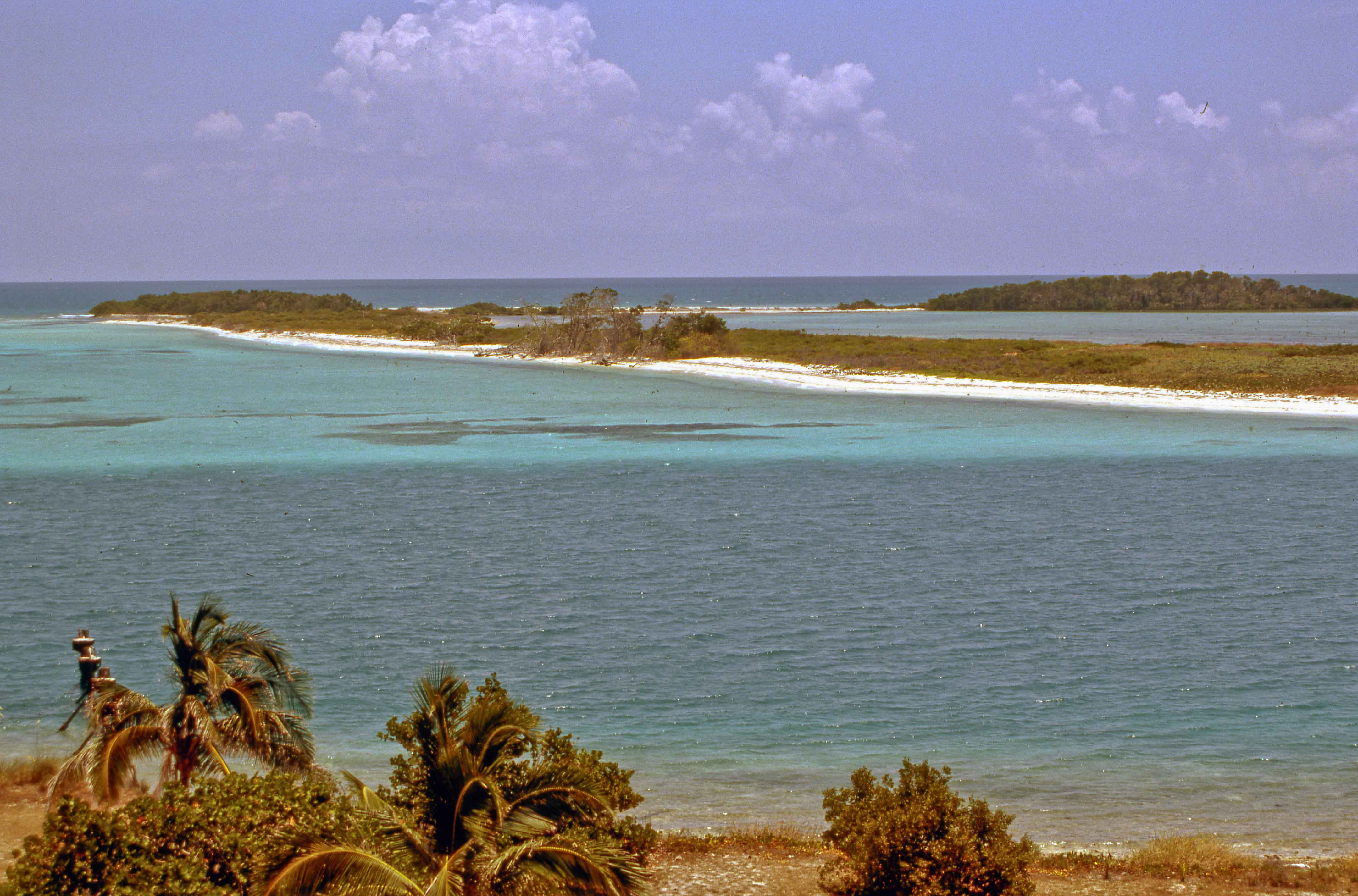 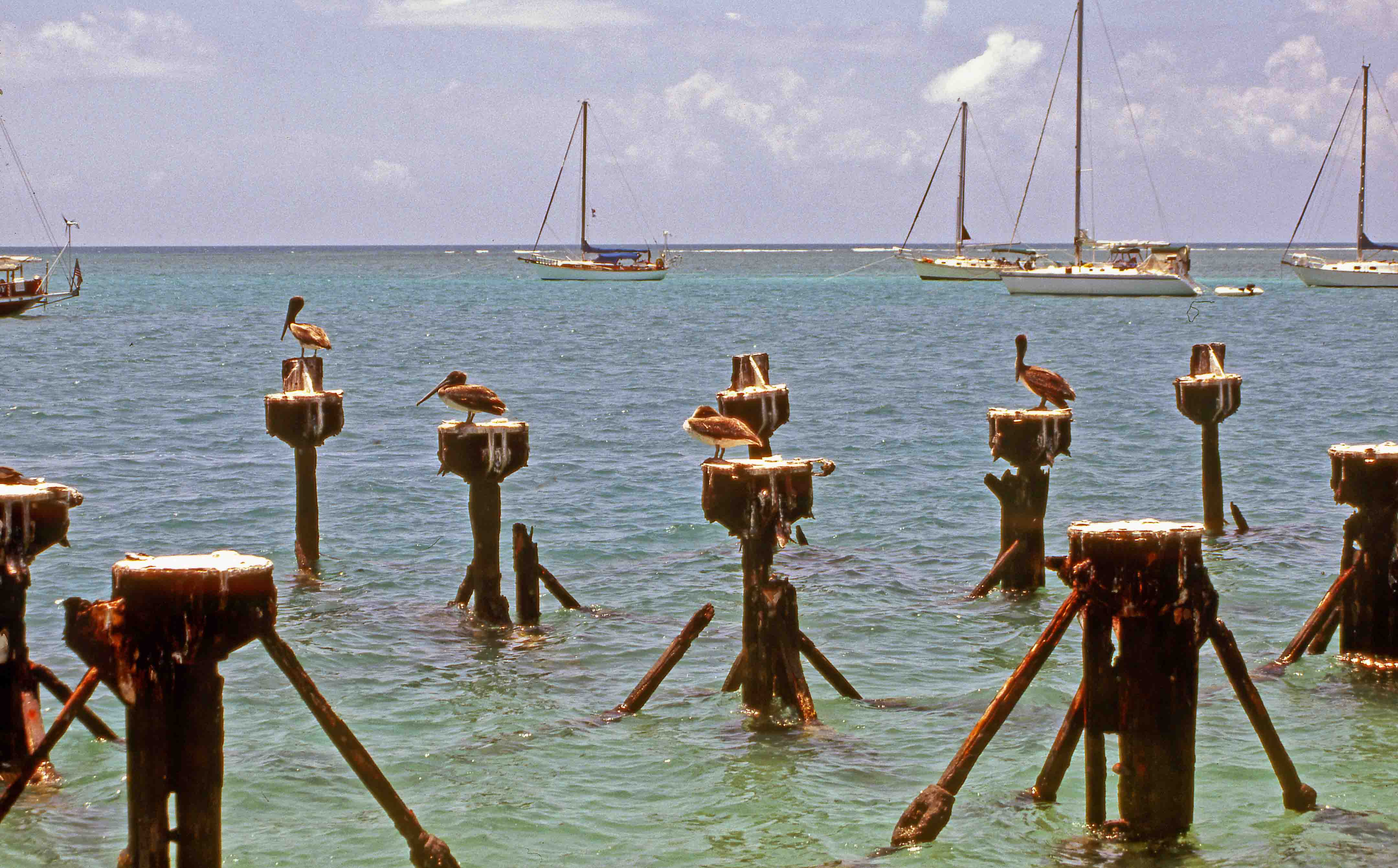 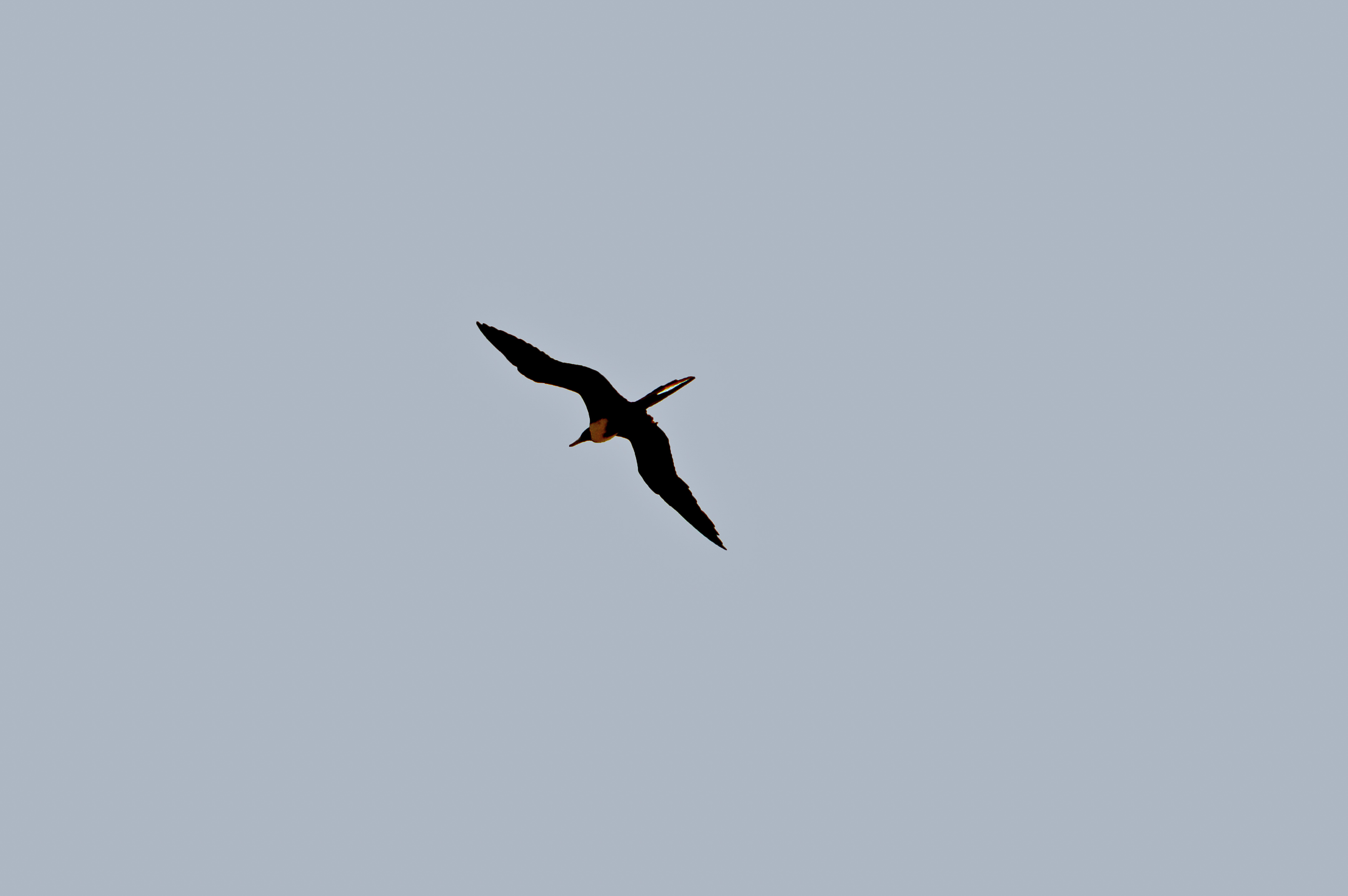 Fort Jefferson is the largest brick structure in the United States. It is located on Garden Key, the second largest island in the archipelago. Construction of the fort, named after President Thomas Jefferson, was begun in January 1846. The Fort is a more or less haxagonal structure of two-tiered casemates (gun rooms) with bastions in each corner. Each tier of casemates contained 150 guns, with another 150 placed on top. The guns were never fired in battle. Fort Jefferson was used as an army prison during the Civil War and later as a naval coaling station during the Spanish-American War. The Fort was abandoned by the military in 1906. 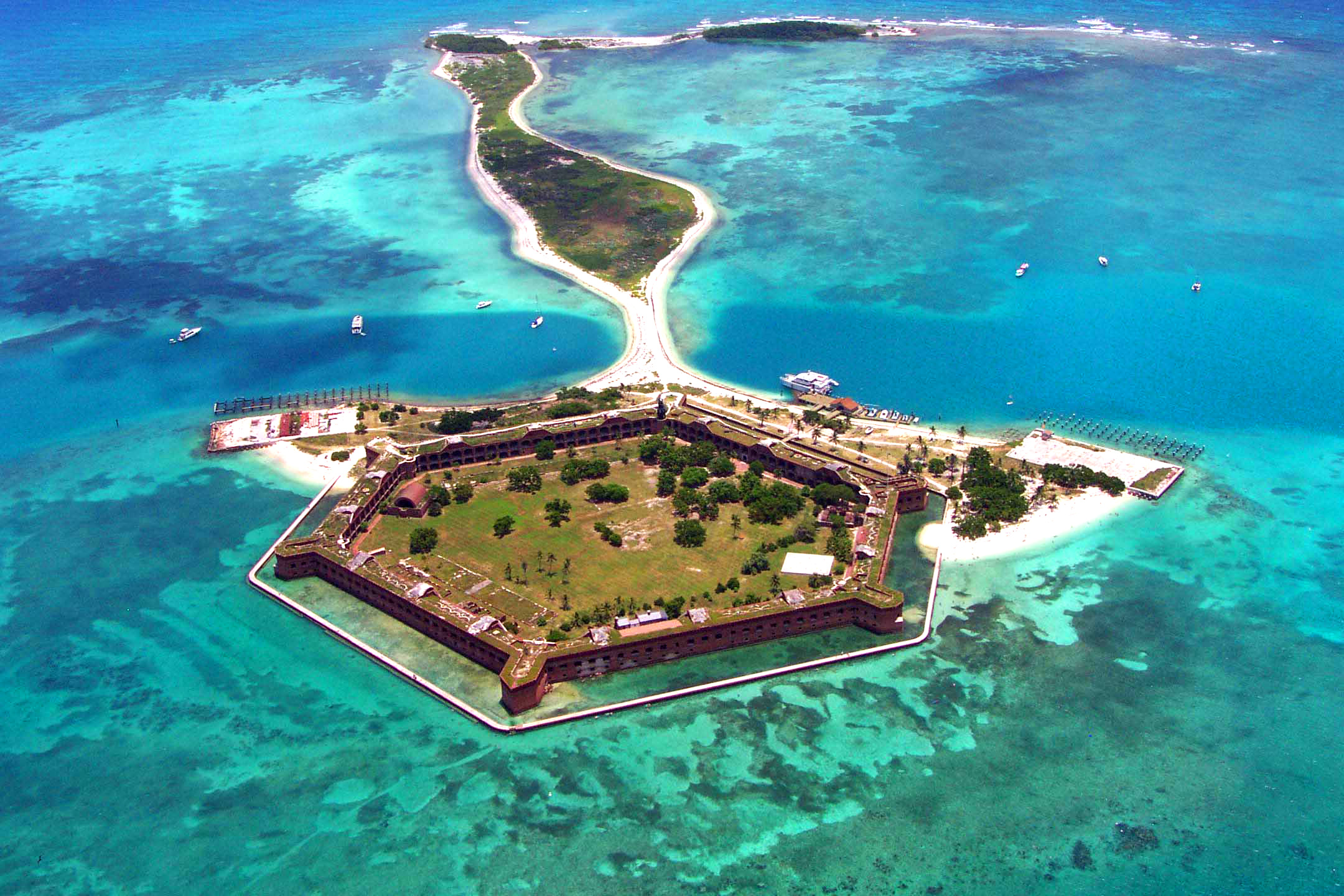 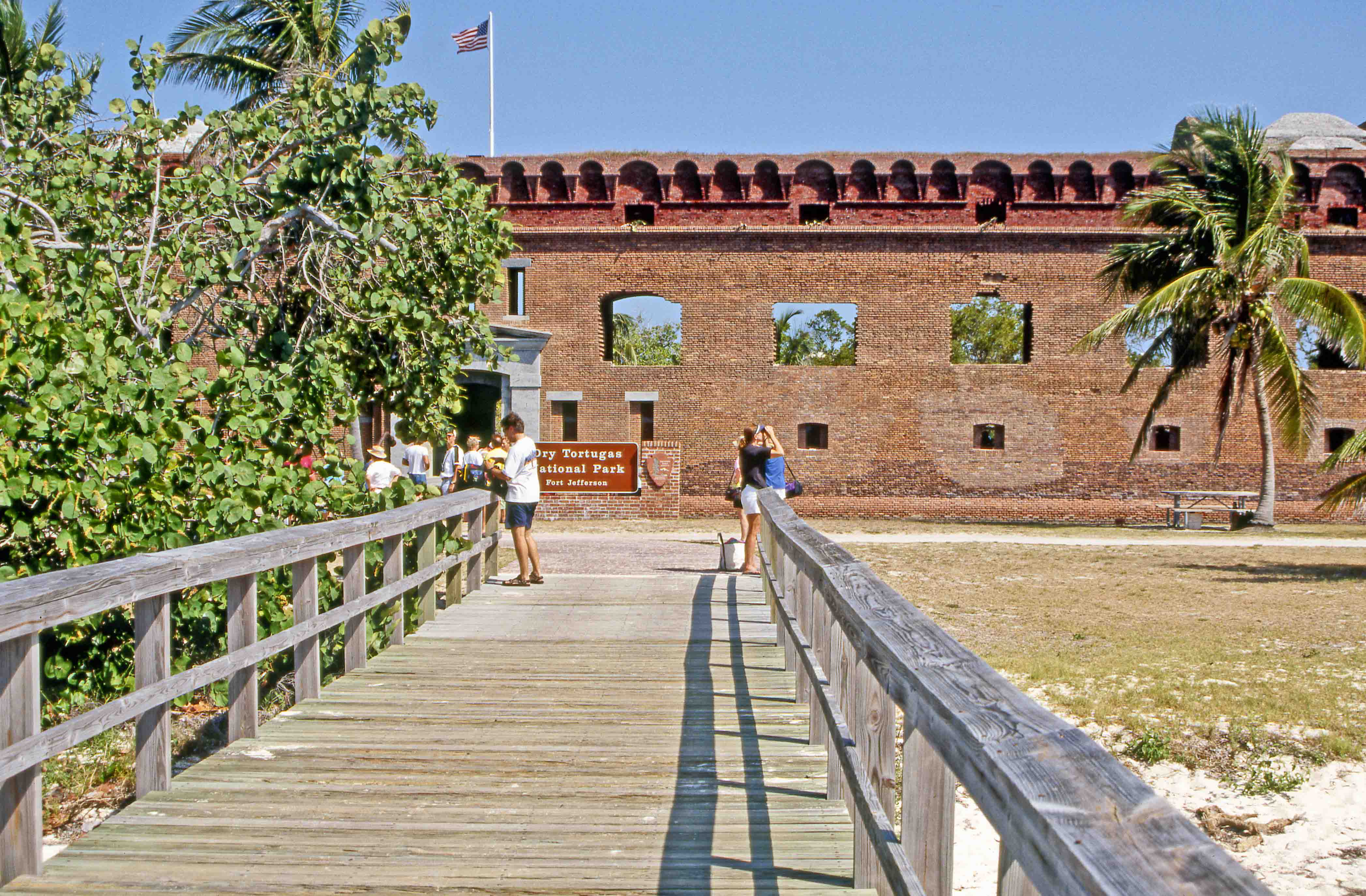 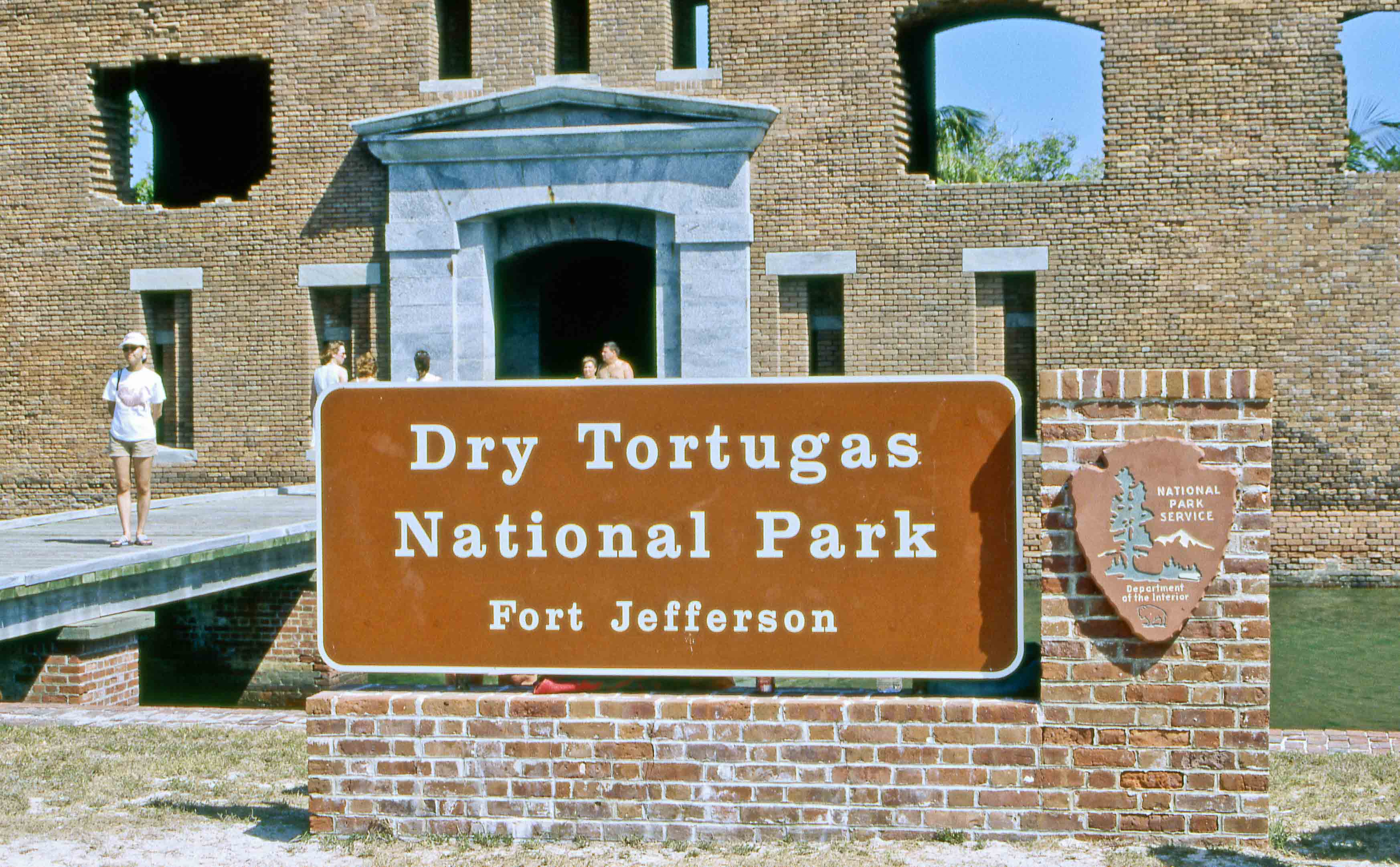 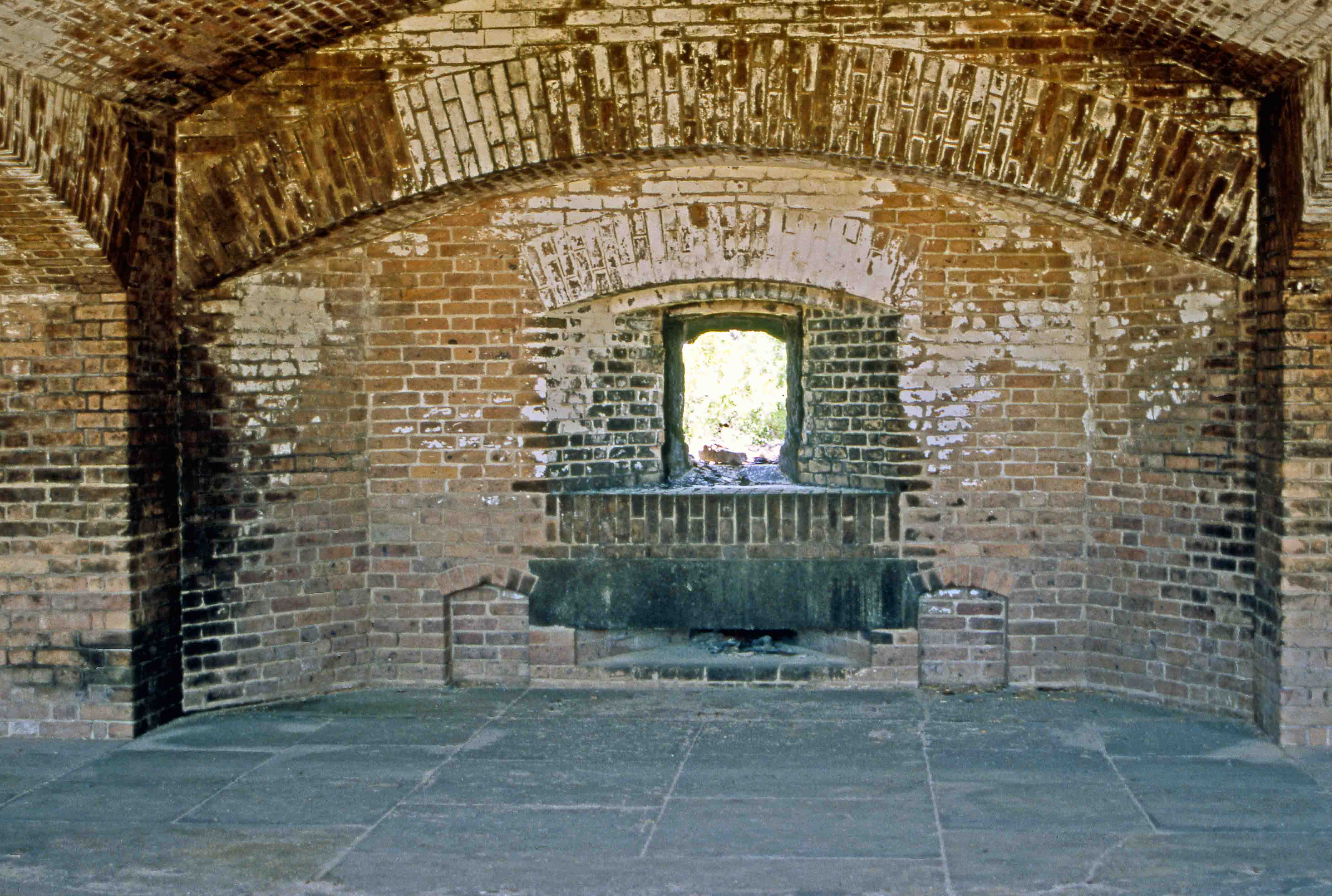 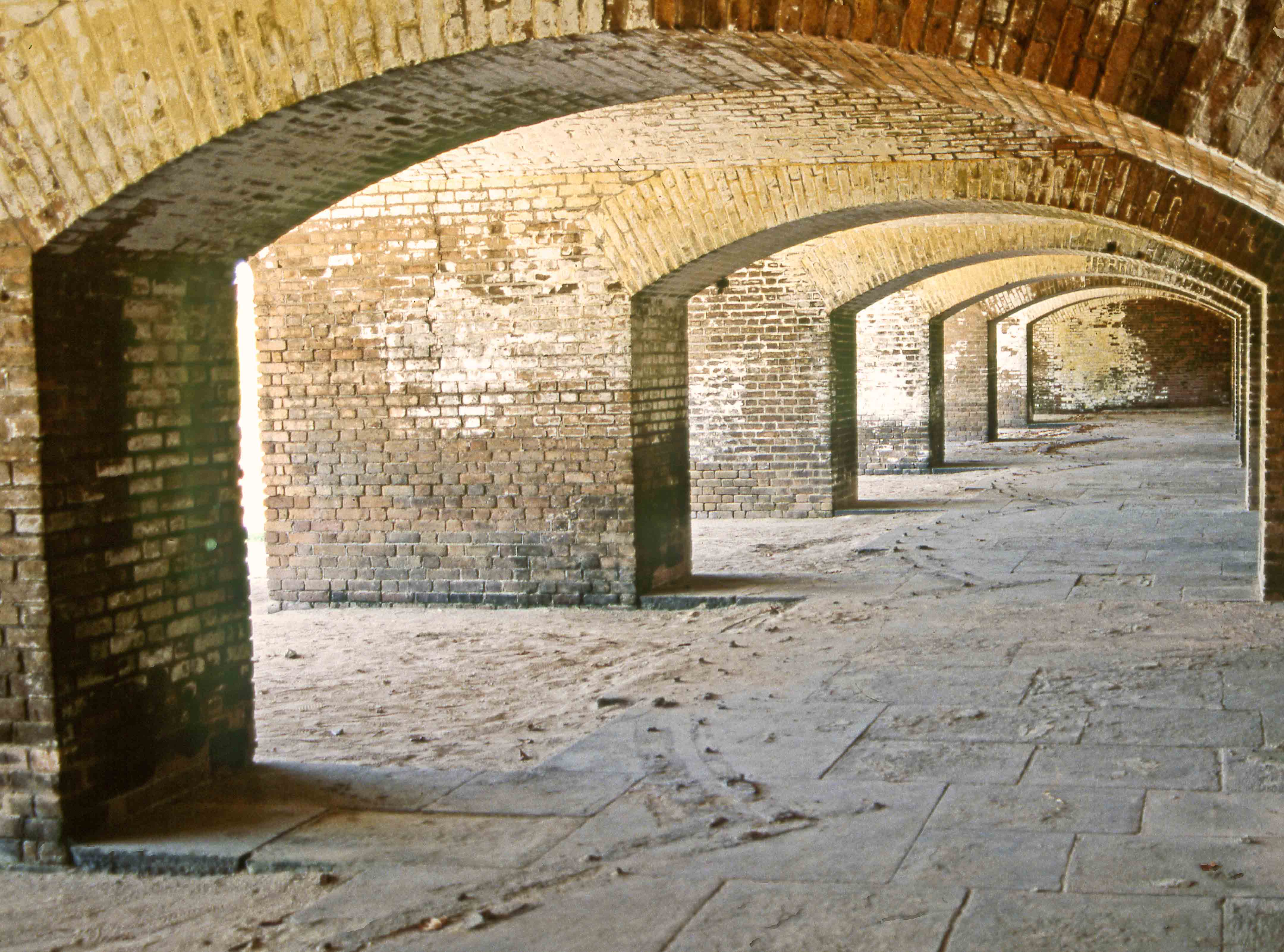 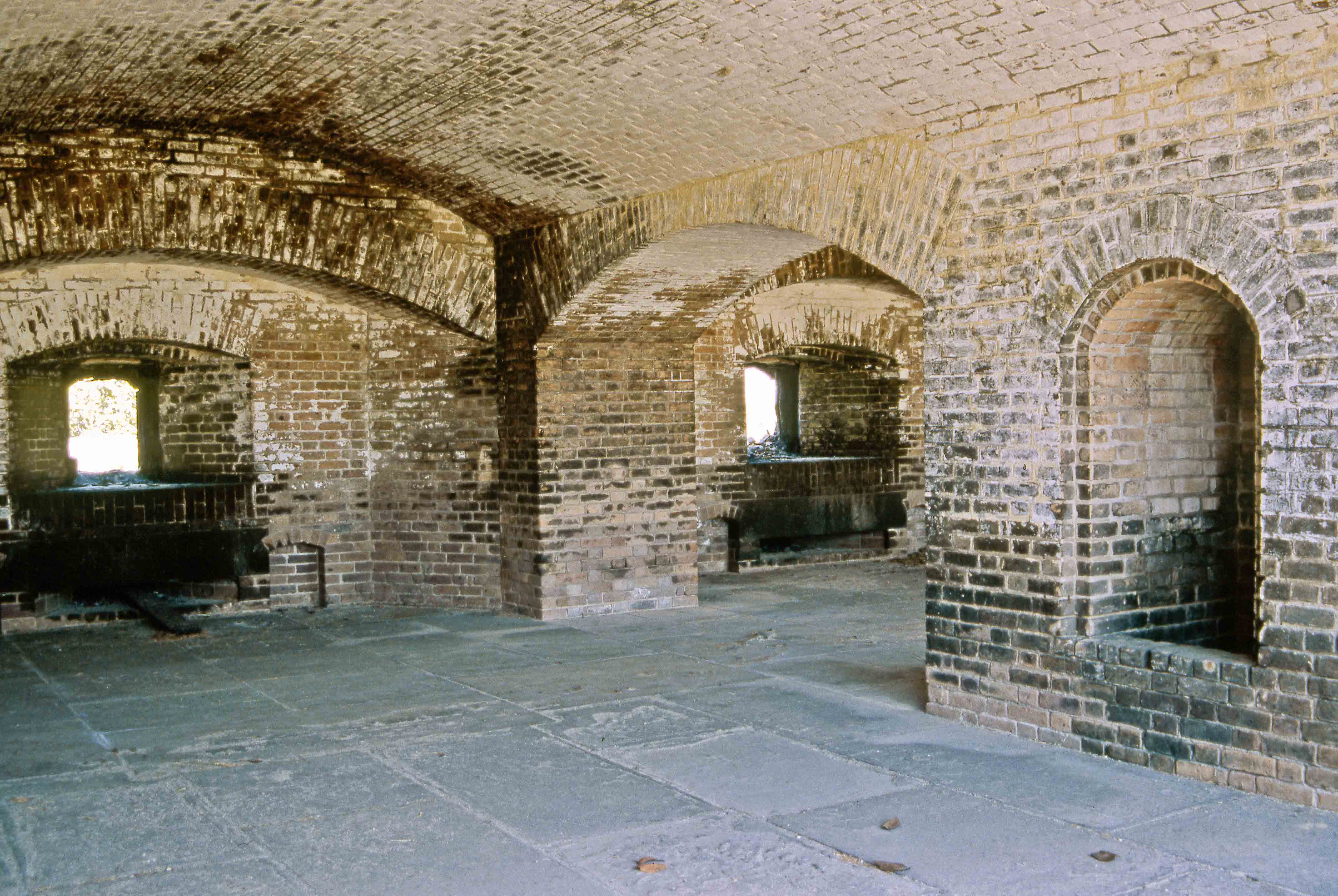 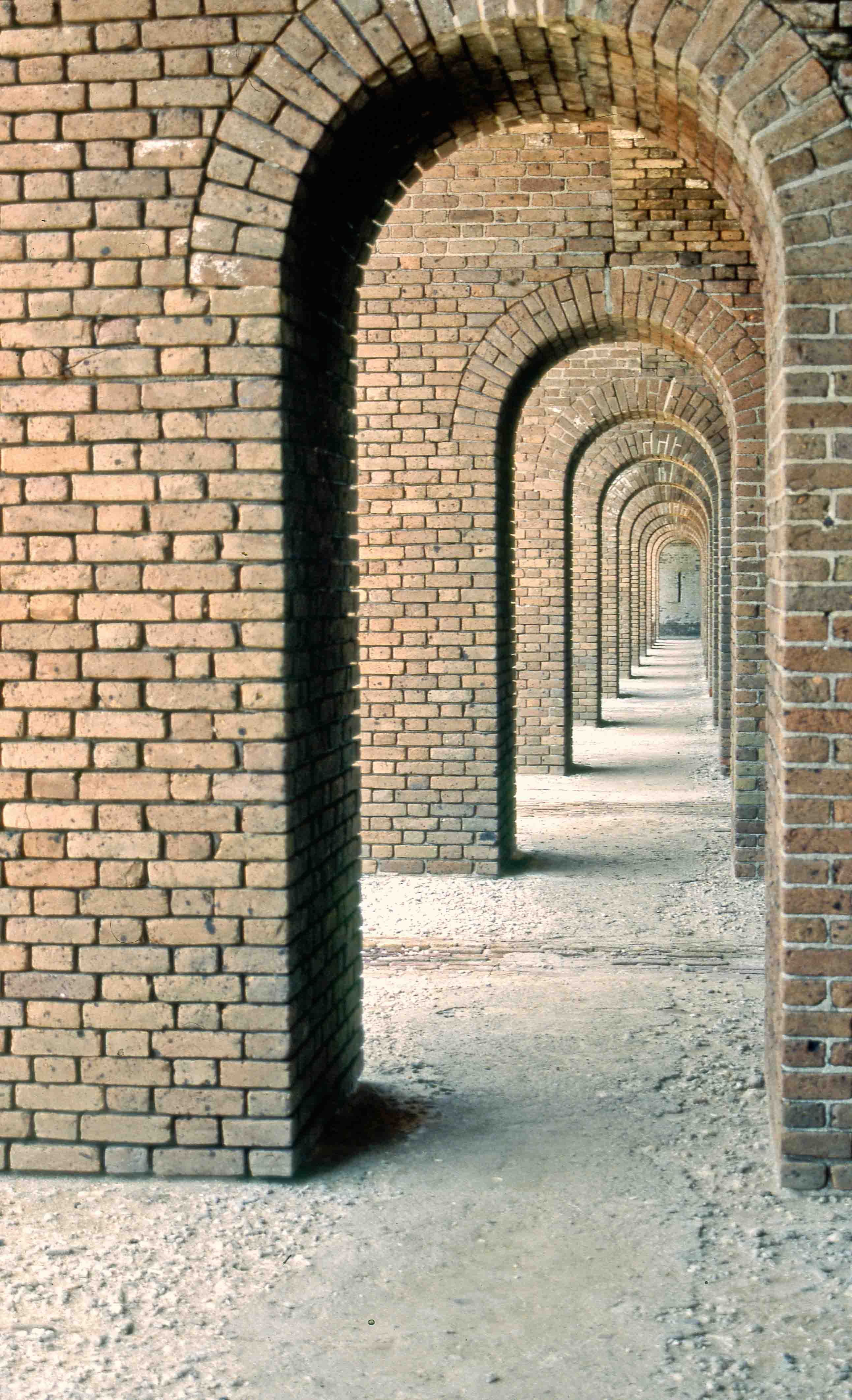 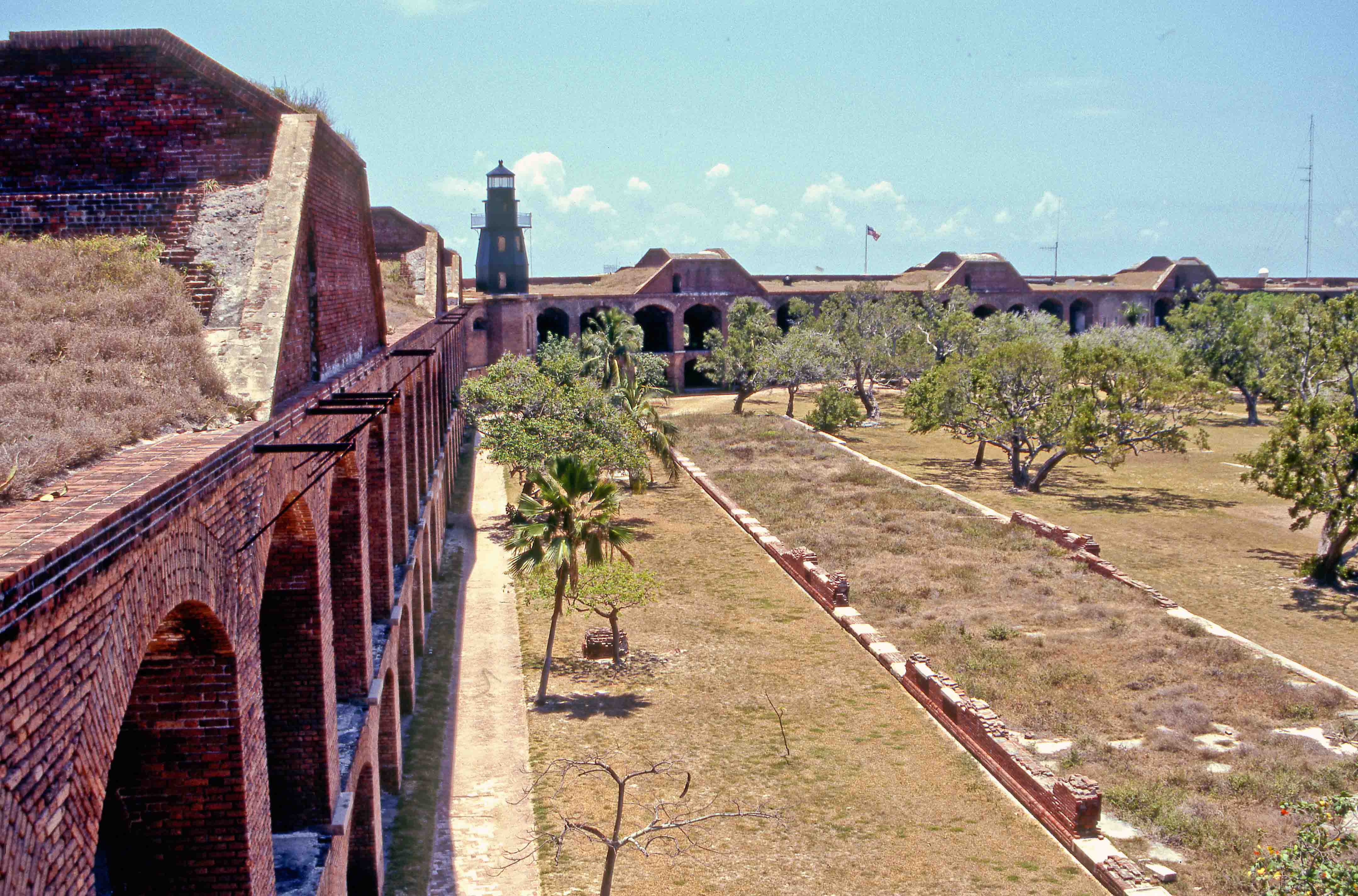 View of building foundations and light tower
from atop the casemates 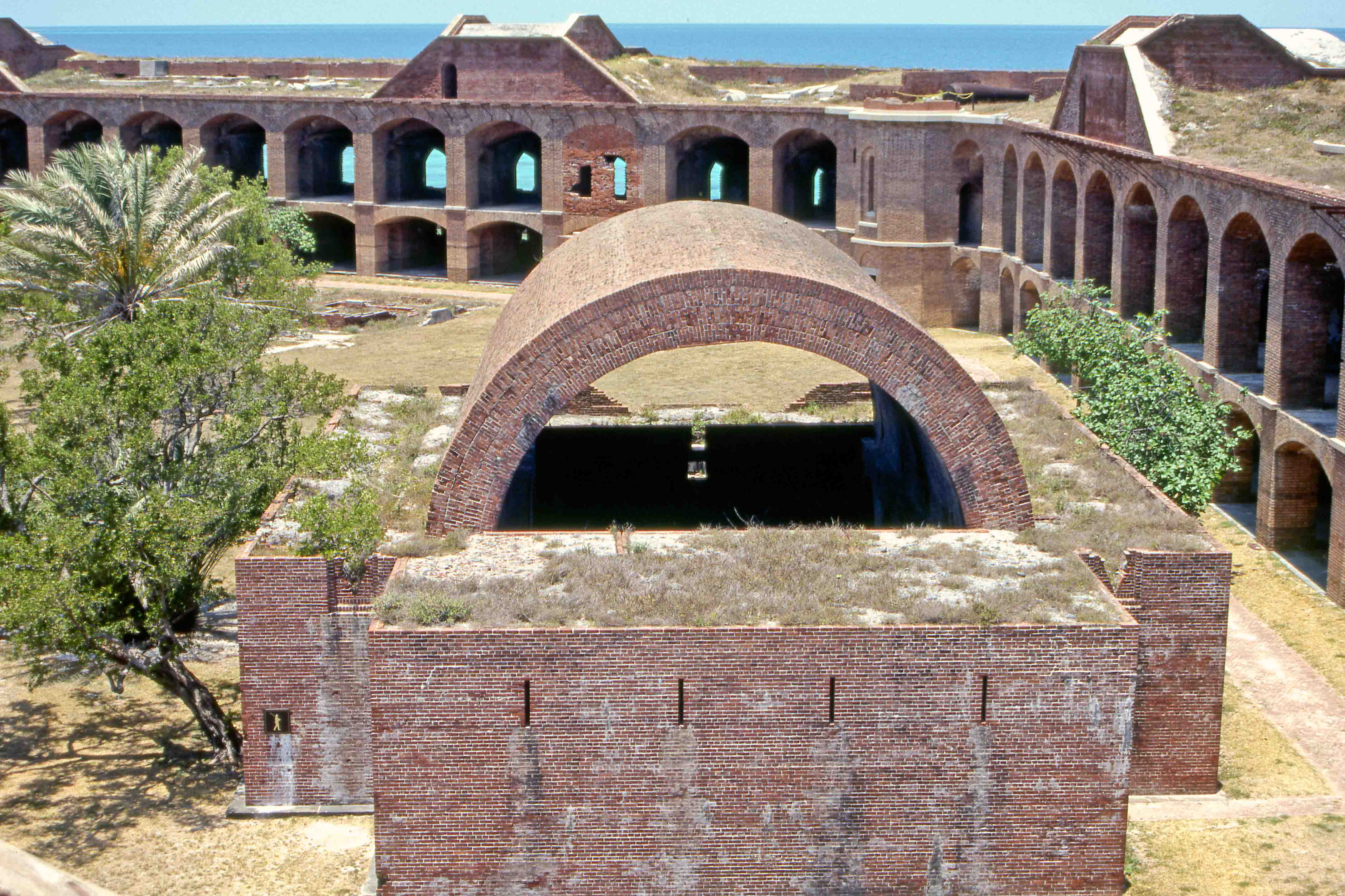 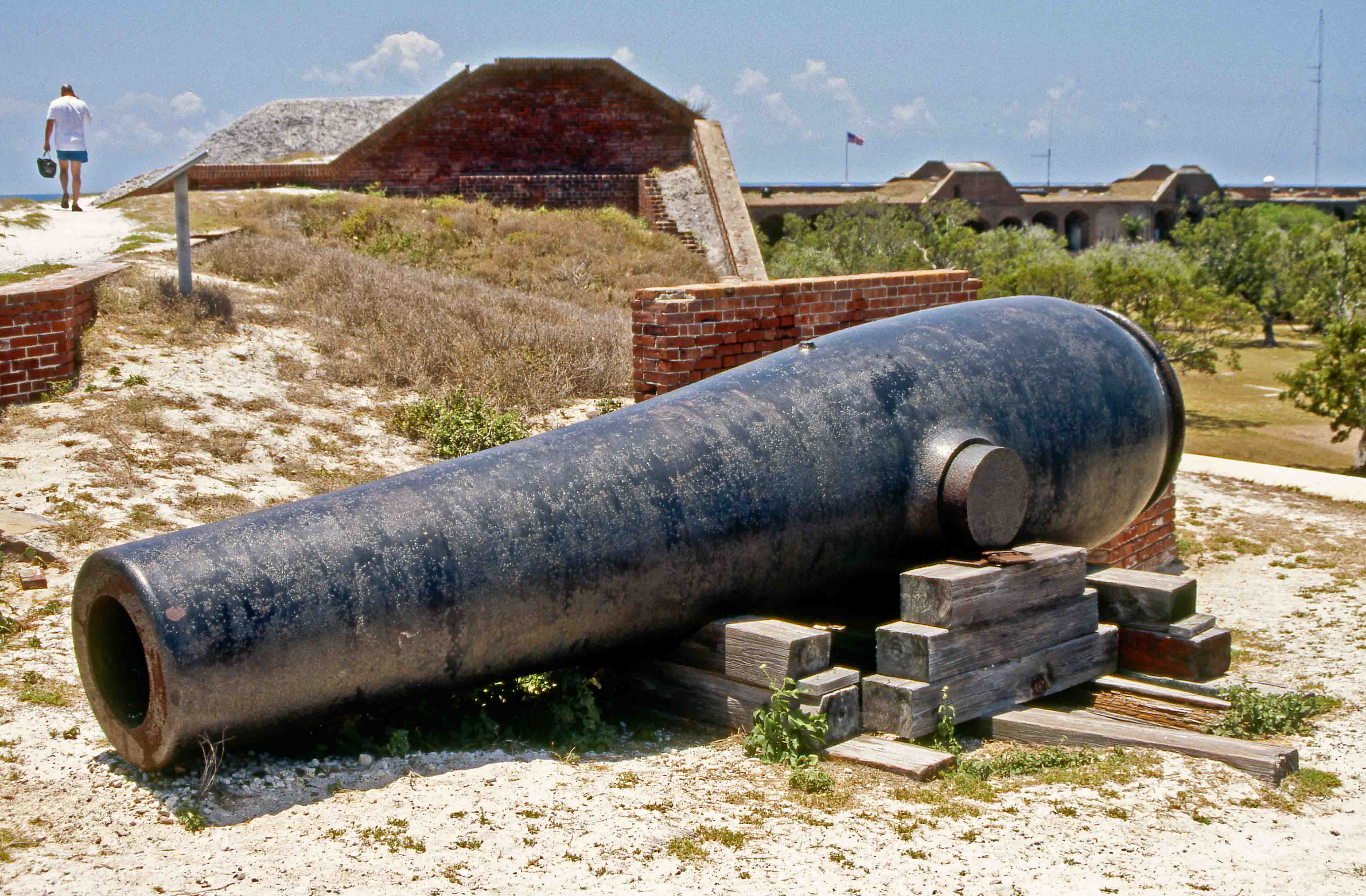 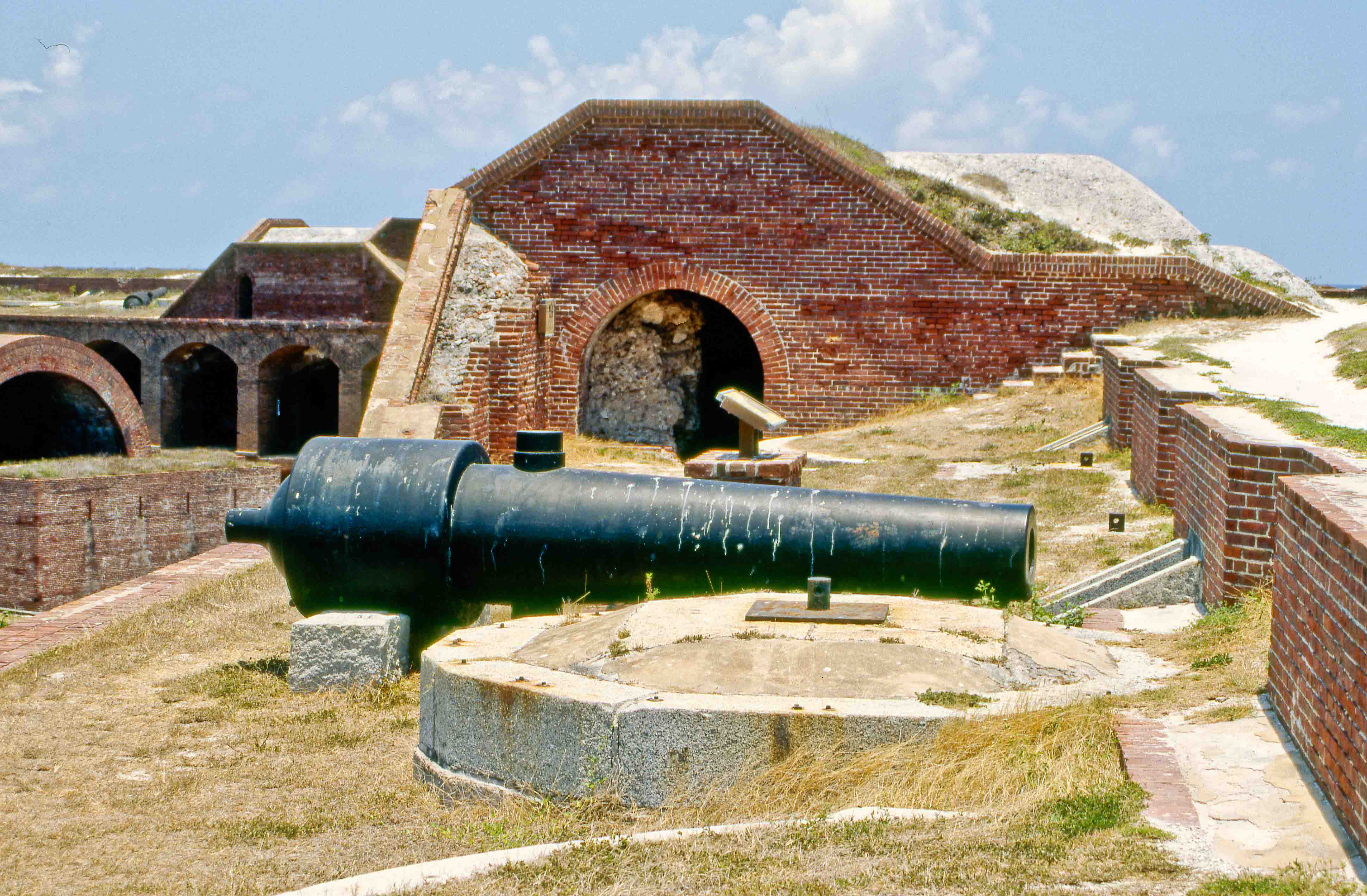 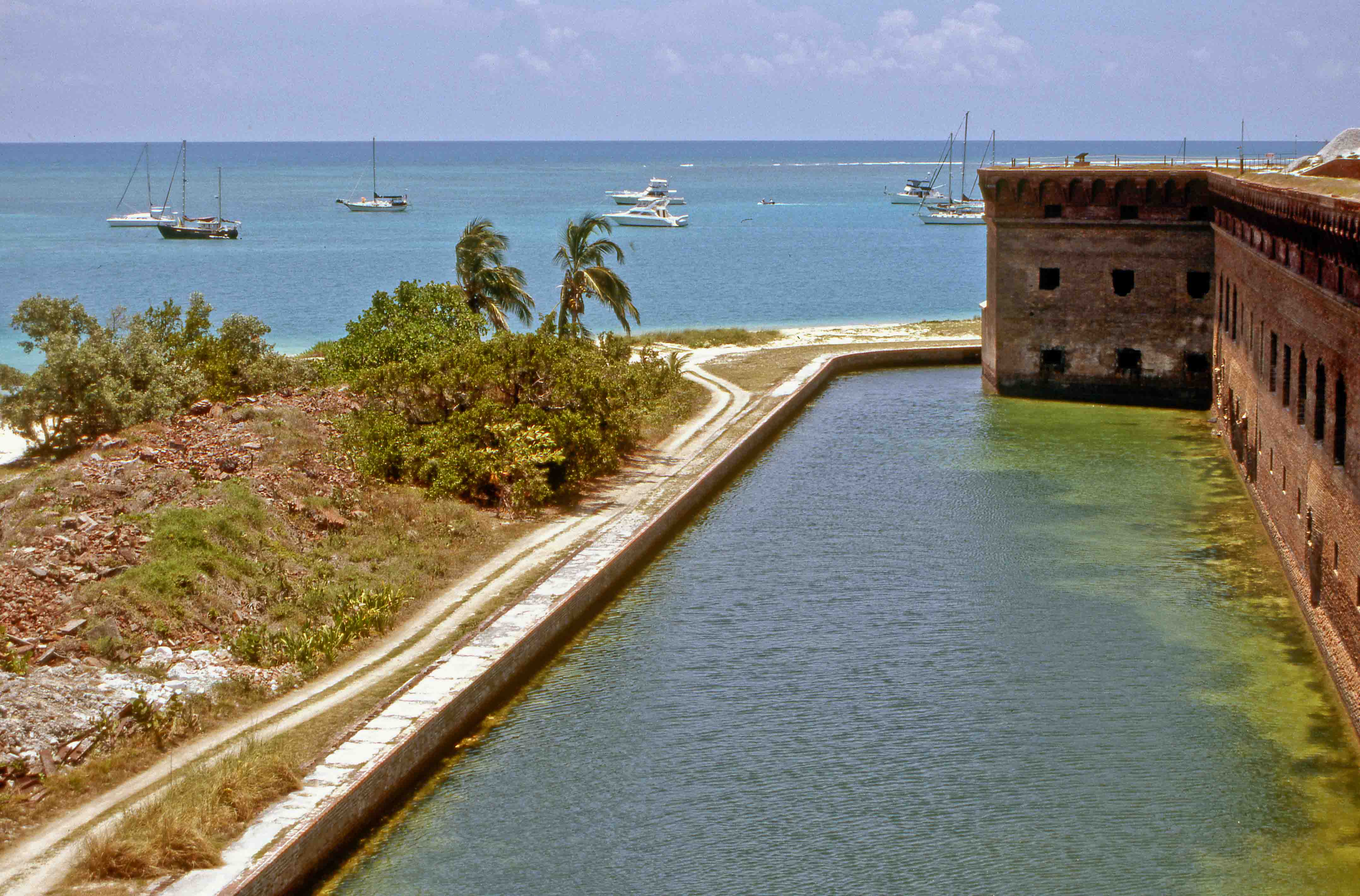 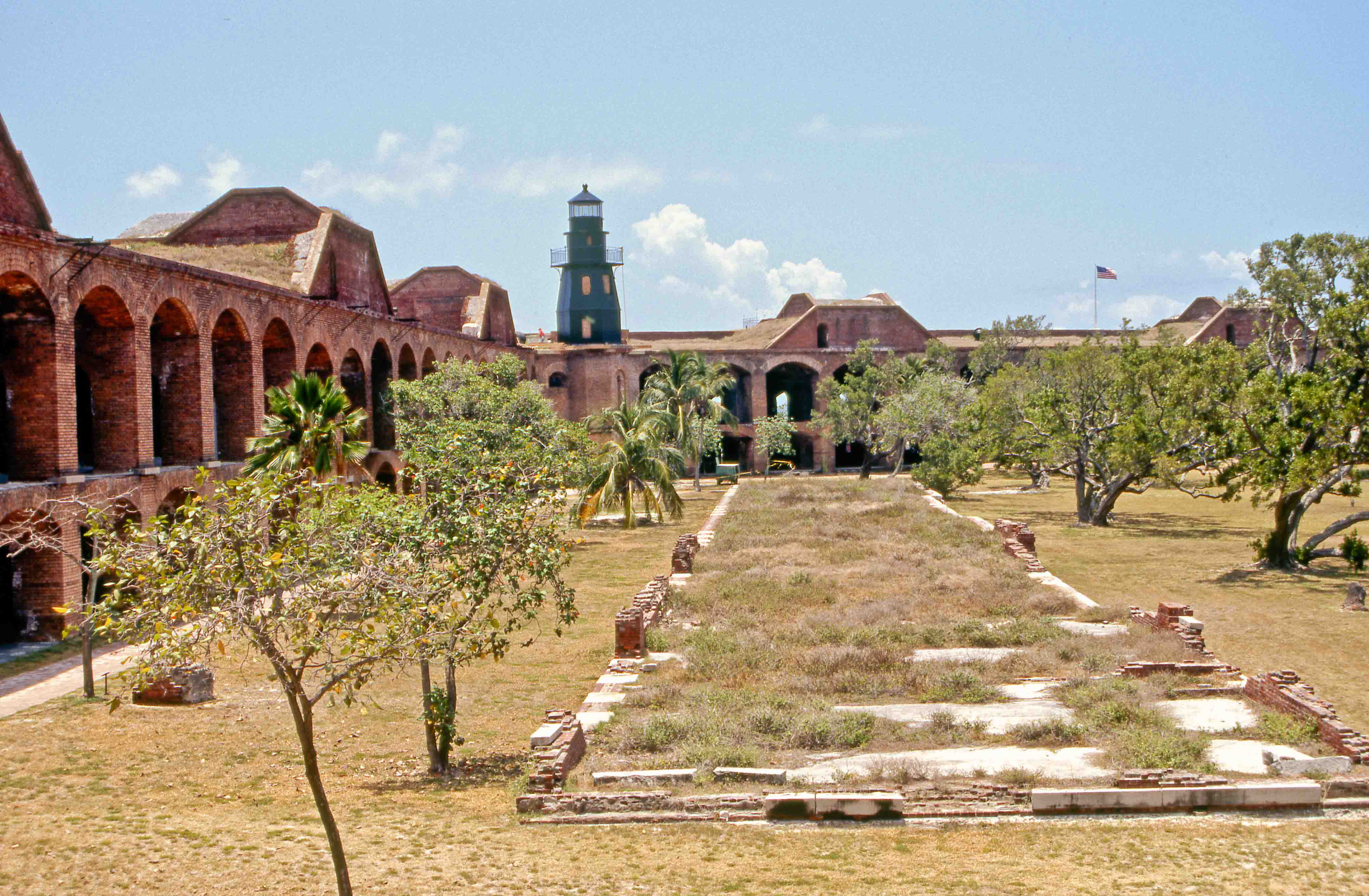