In 1876, the town of Deadwood was officially born when prospectors discovered a creek full of gold in a gulch full of dead trees. Deadwood soon became a true Wild West town, full of saloons, gambling establishments, and brothels. The boomtown attracted characters like Wild Bill Hickok, Calamity Jane, Poker Alice Tubbs, and Seth Bullock. Shortly after arriving, Wild Bill Hickok was shot from behind while playing poker at Nutall and Mann’s Old Style Saloon No. 10. The poker hand he held at the time was was two pair, aces and eights, which is now known as the Dead Man's Hand. The murderer, Jack McCall, was eventually convicted and hanged. Deadwood has suffered through the gold bust, a few floods, several fires, and prohibition, but has always managed to survive, just barely. Playing to its history, and with the legalization of limited-stakes gambling (and drinking), Deadwood has become a popular tourist destination. In 1961 the entire town was declared a National Historic Landmark.

I took this series of photos in August of 2018. Tourist businesses come and go, so in the future some of the establishments shown here may nor longer be here. 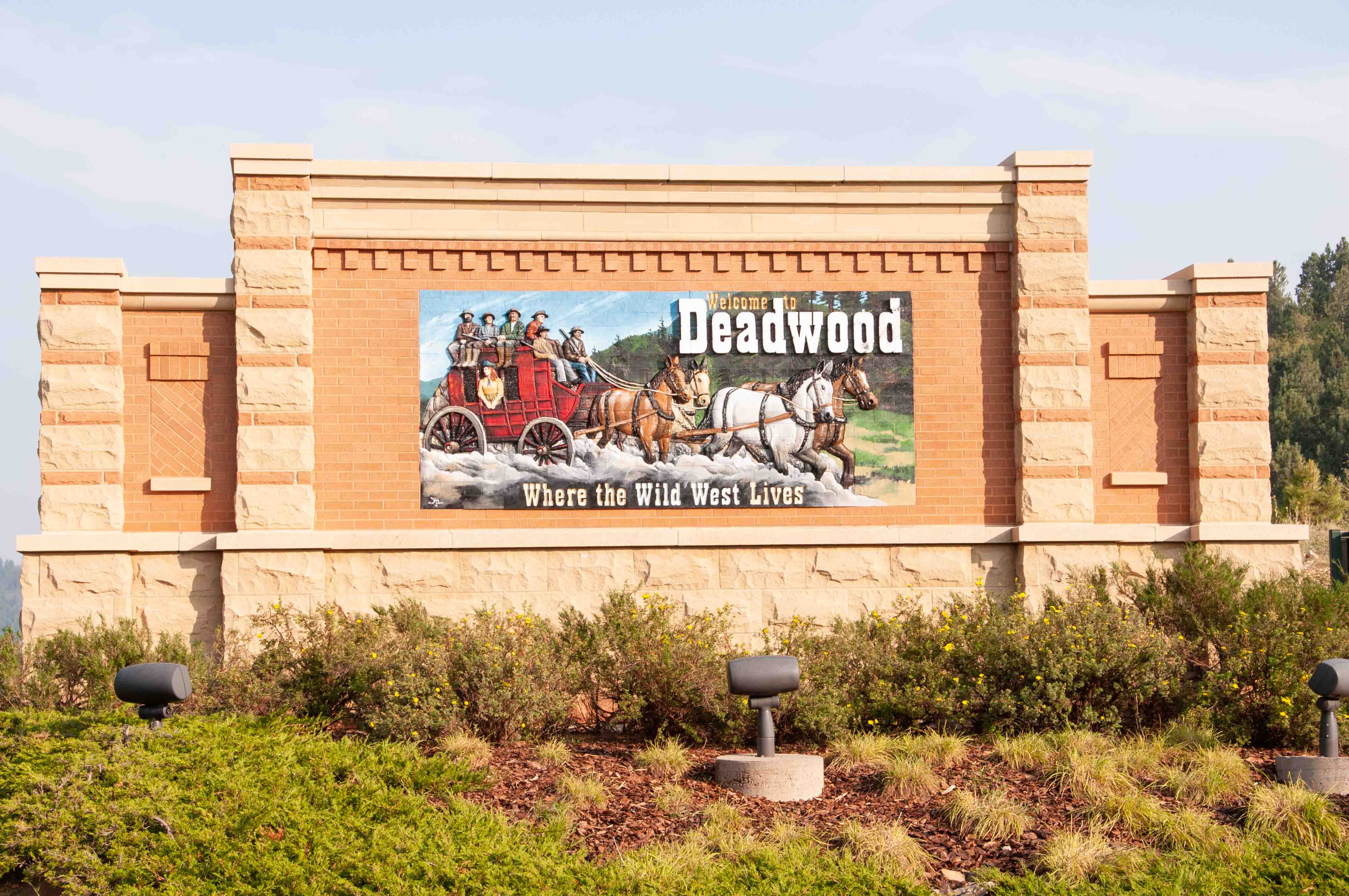 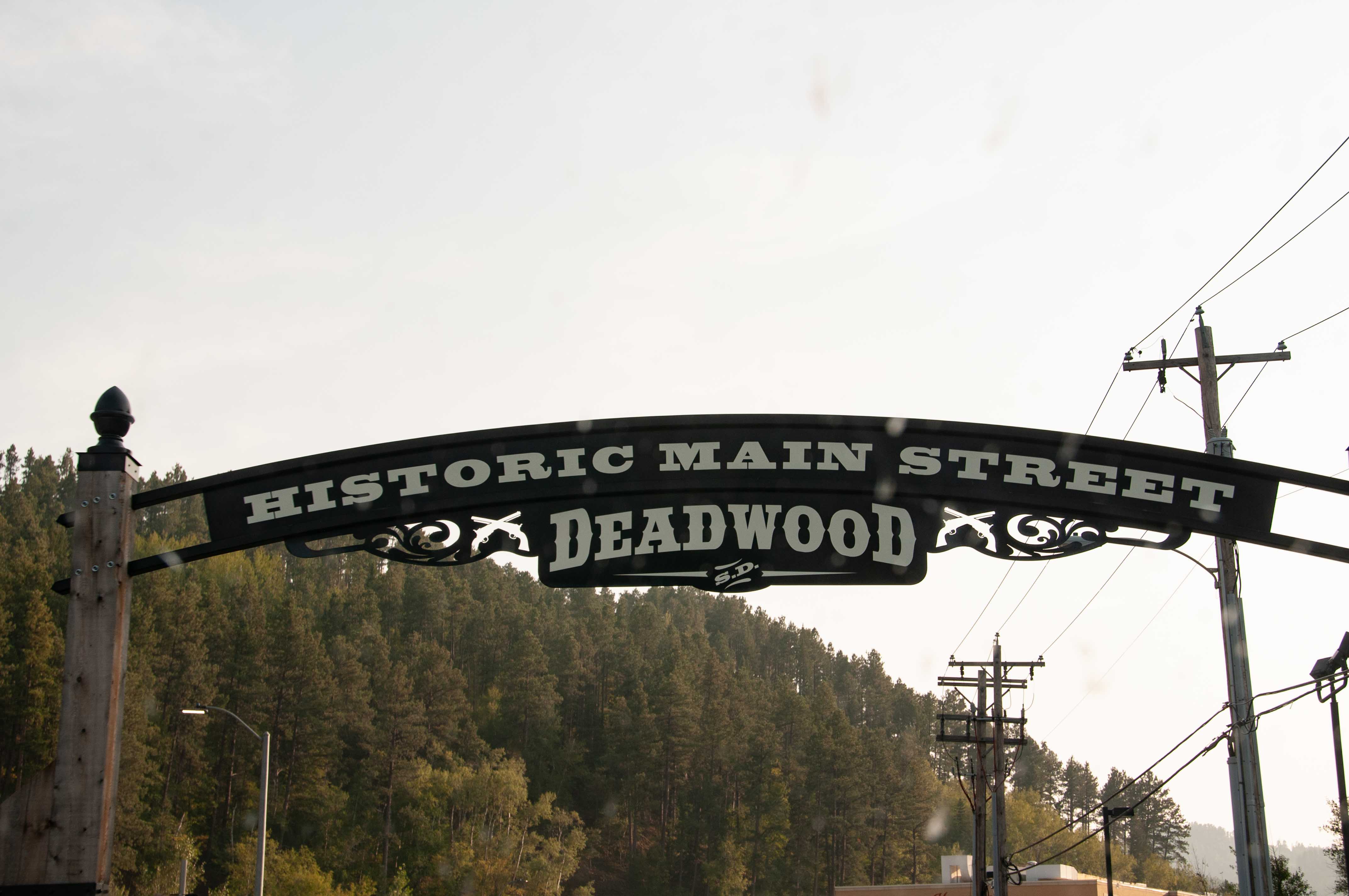 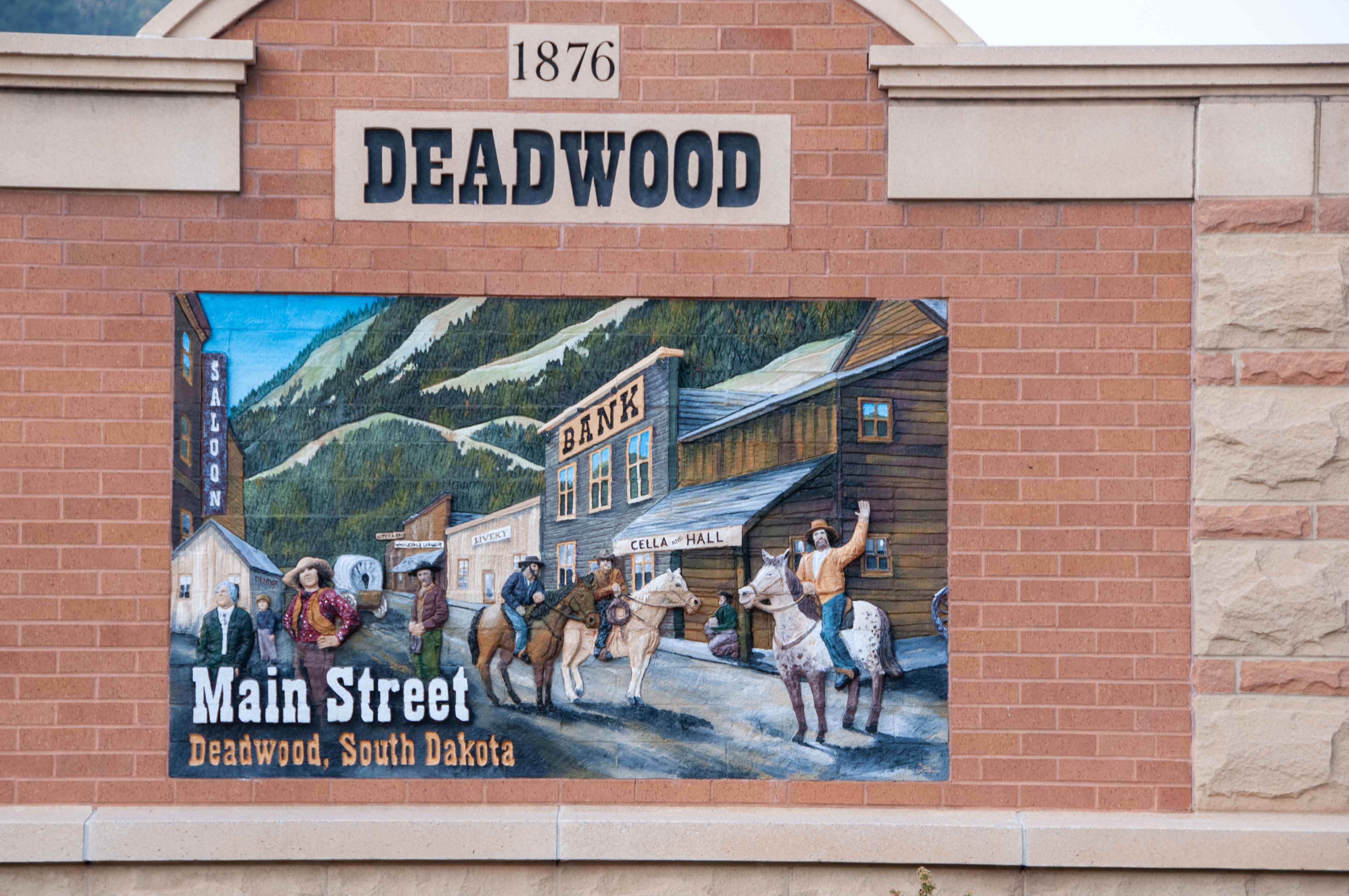 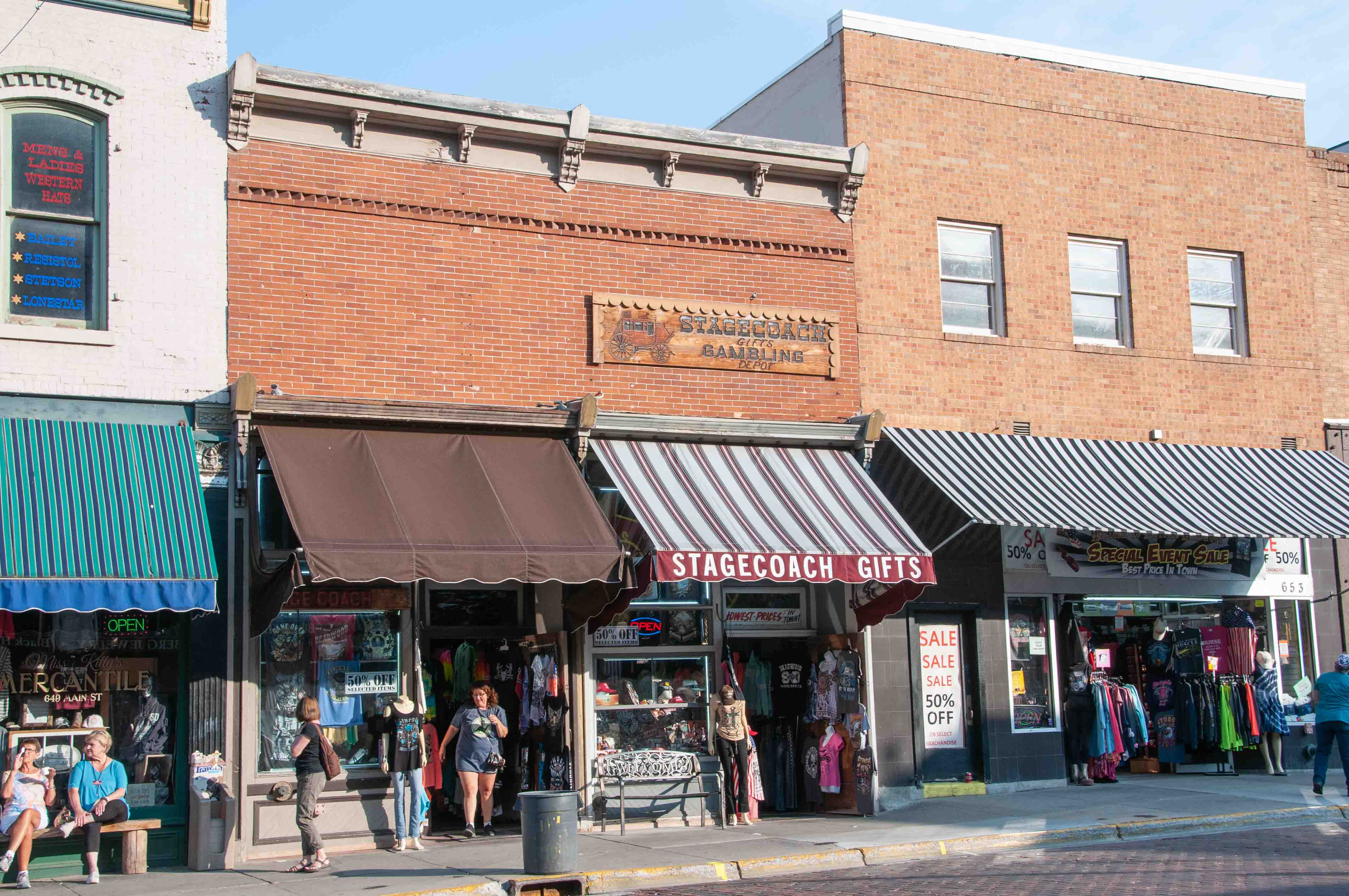 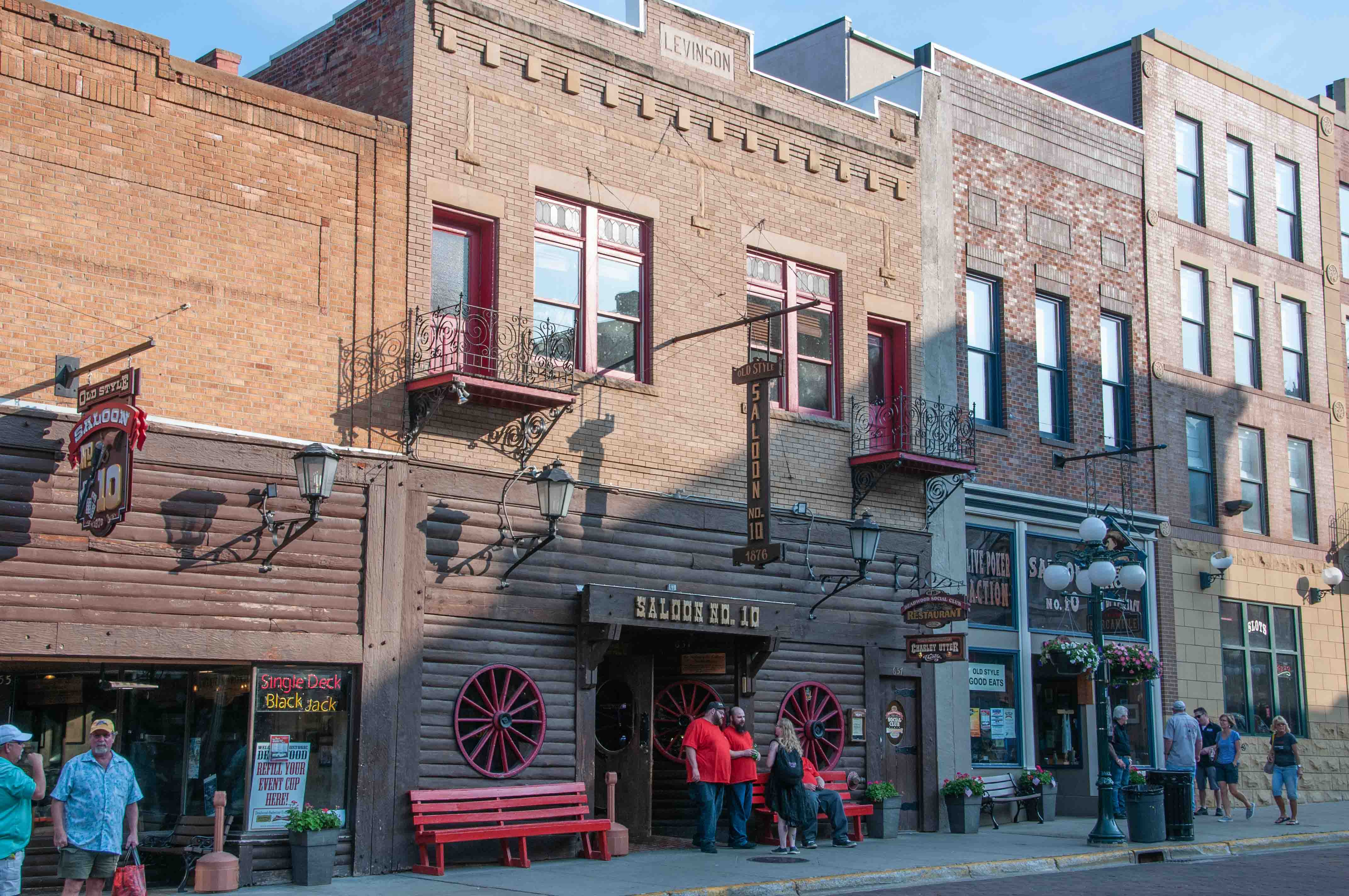 The Infamous Old Style Saloon No. 10 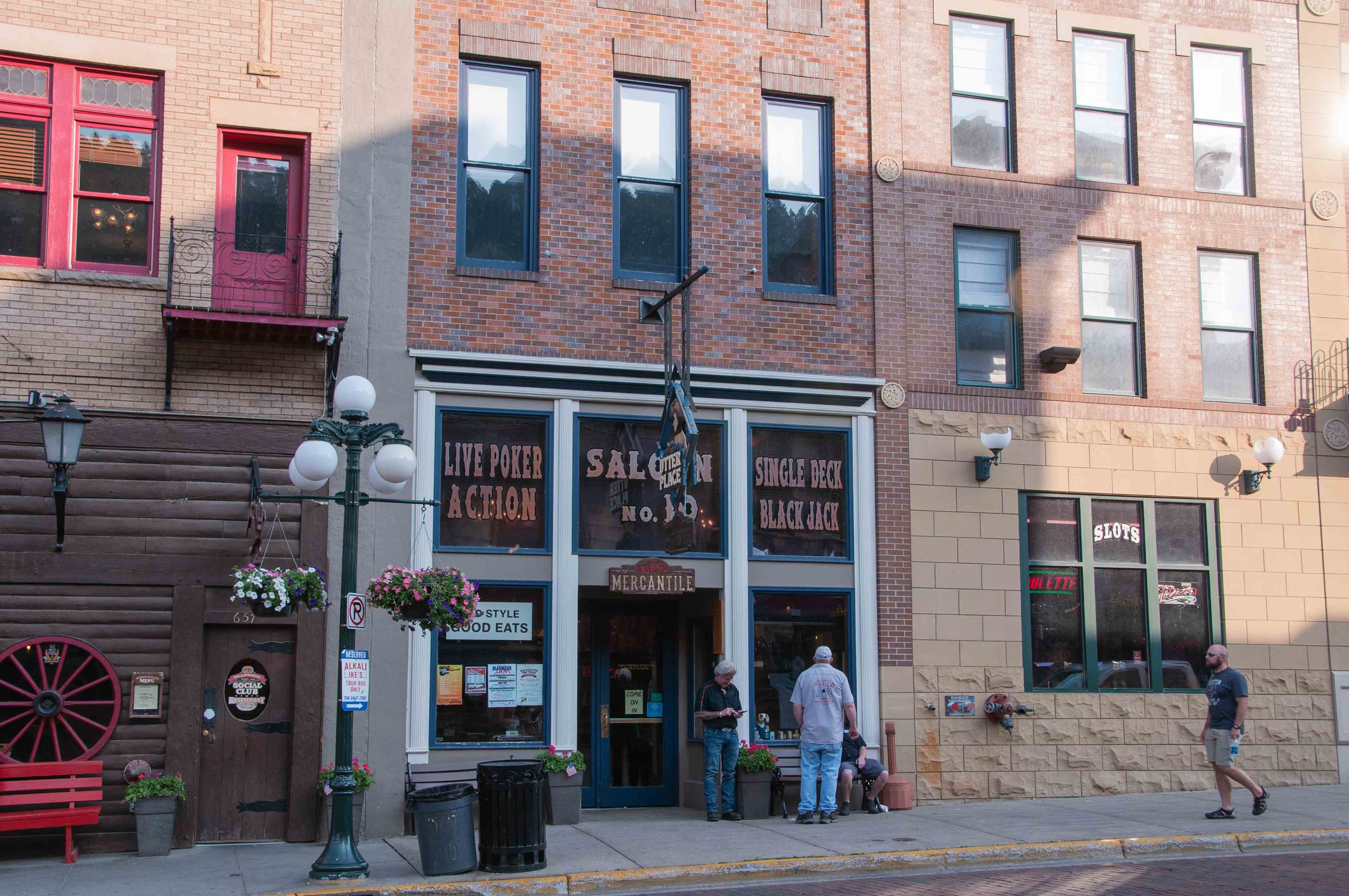 Right side of Saloon No. 10 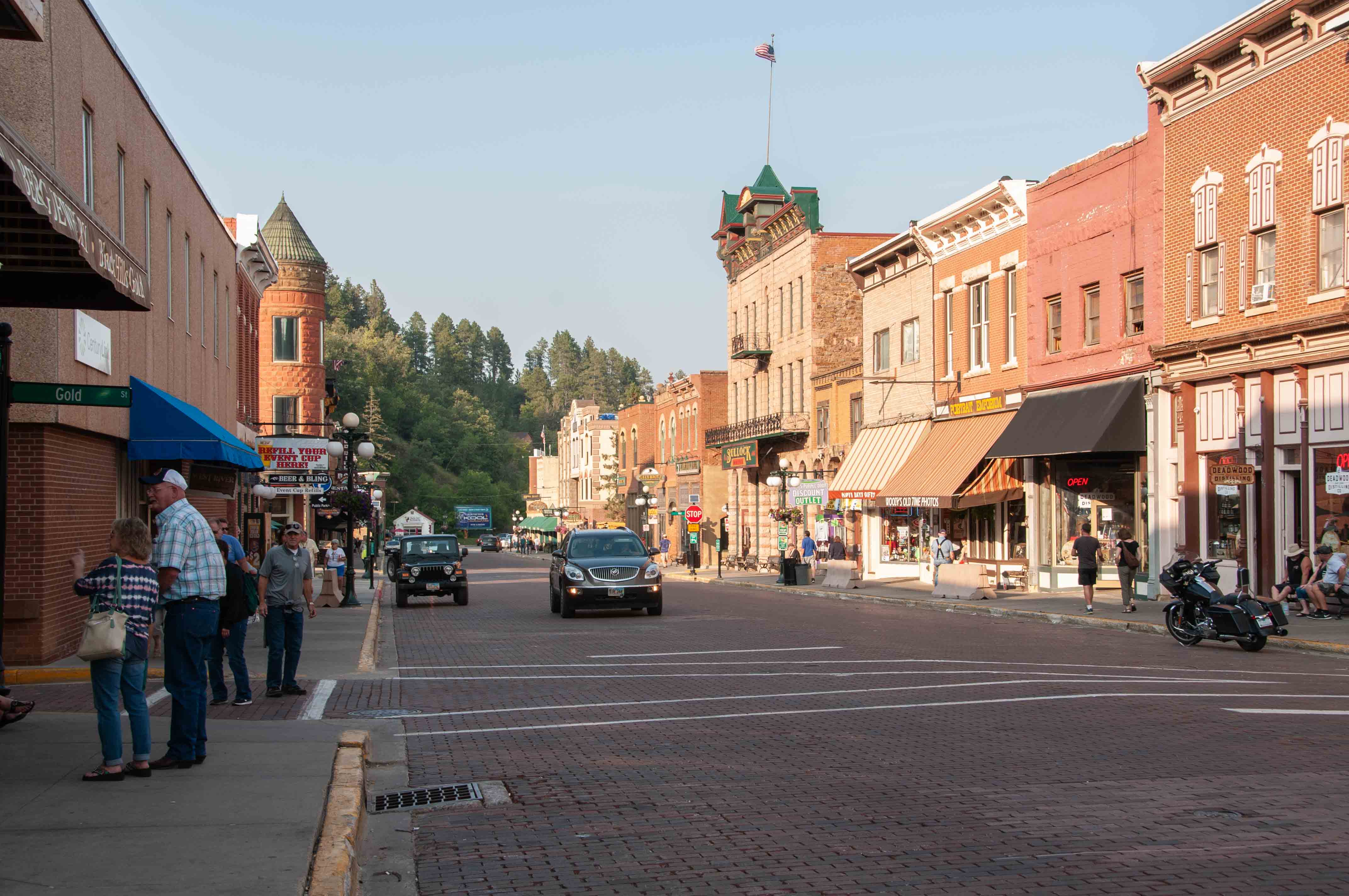 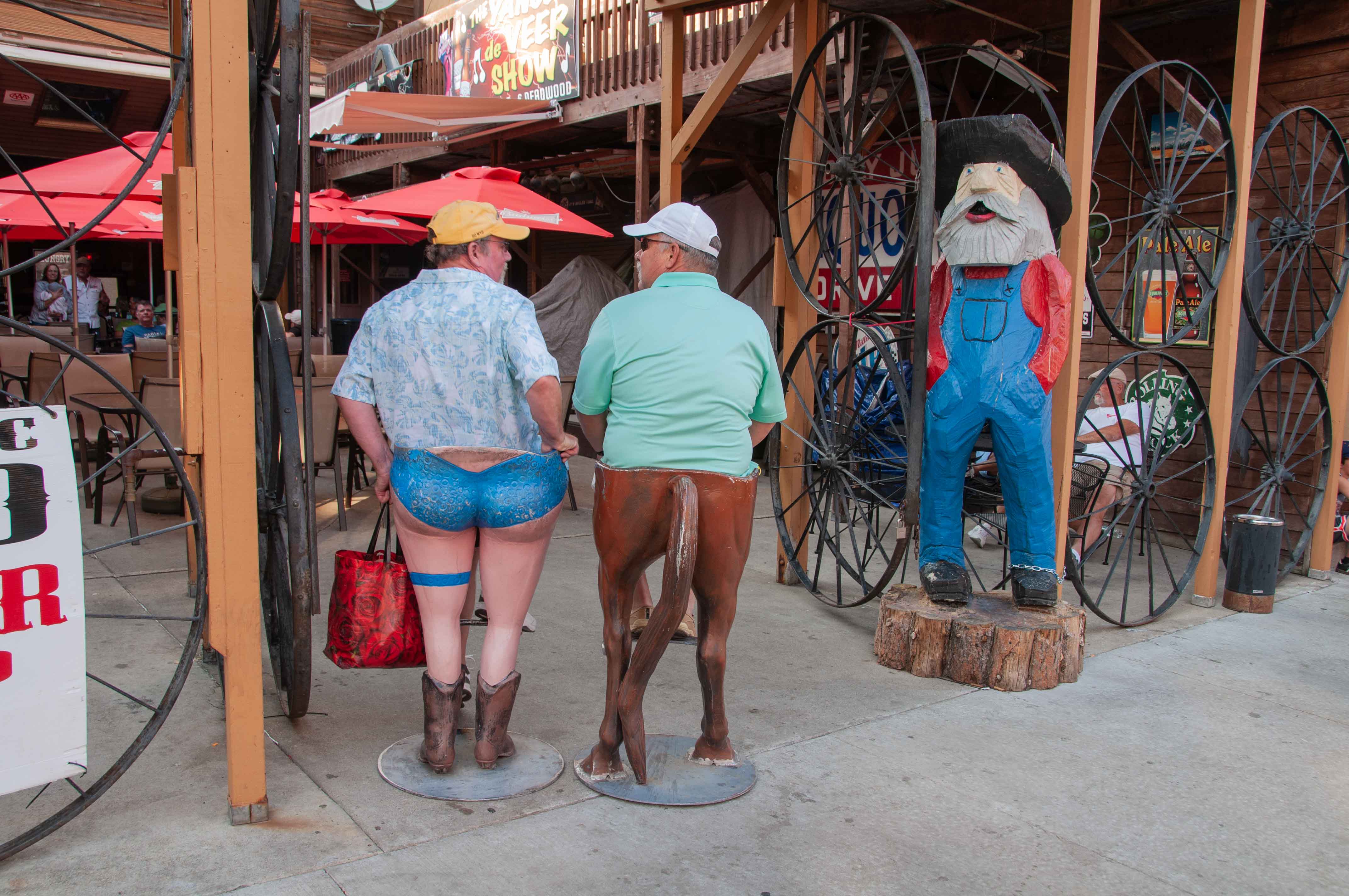 This photo needs some caption about asses. 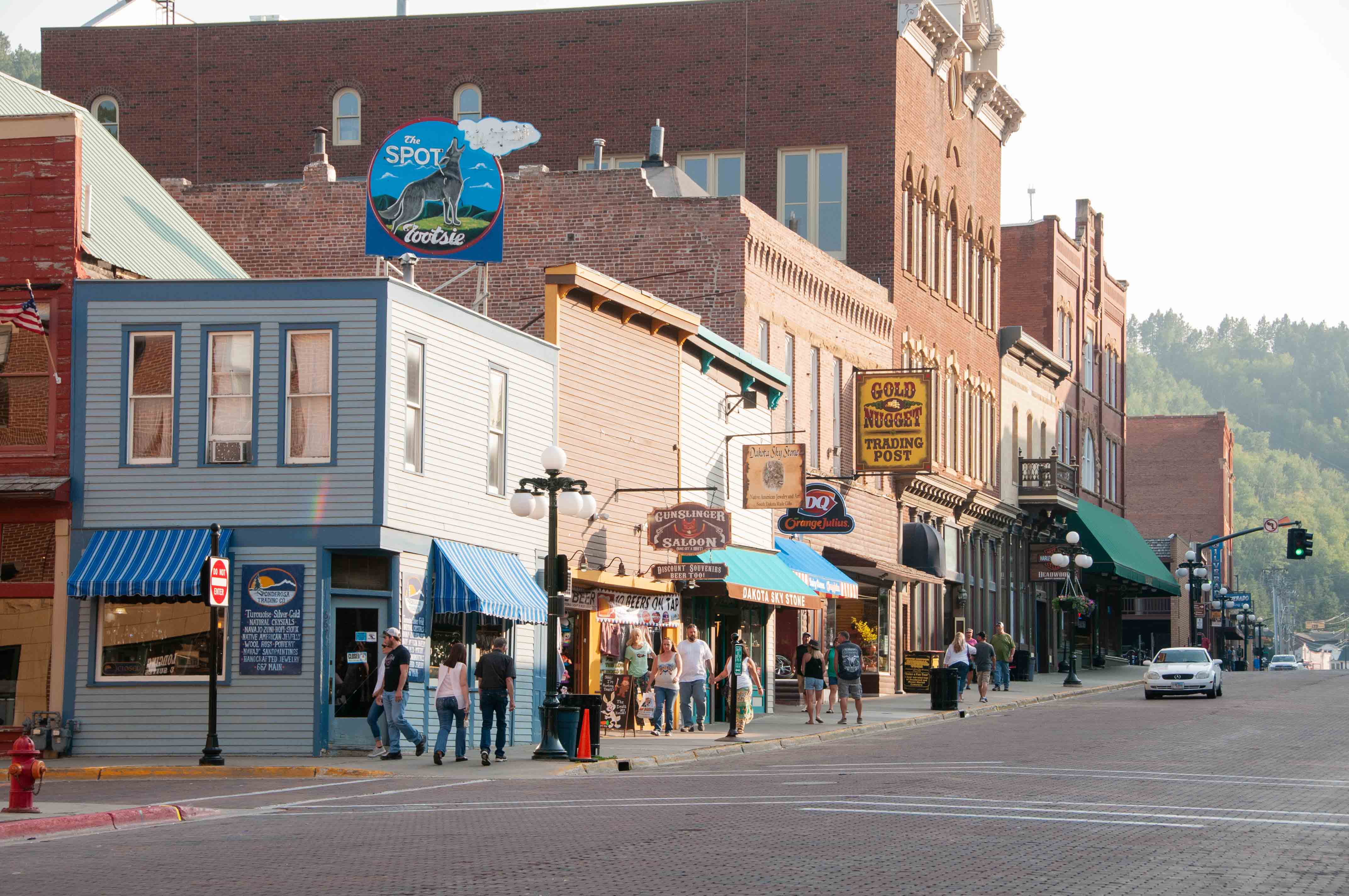 Corner of Lee and Main Streets 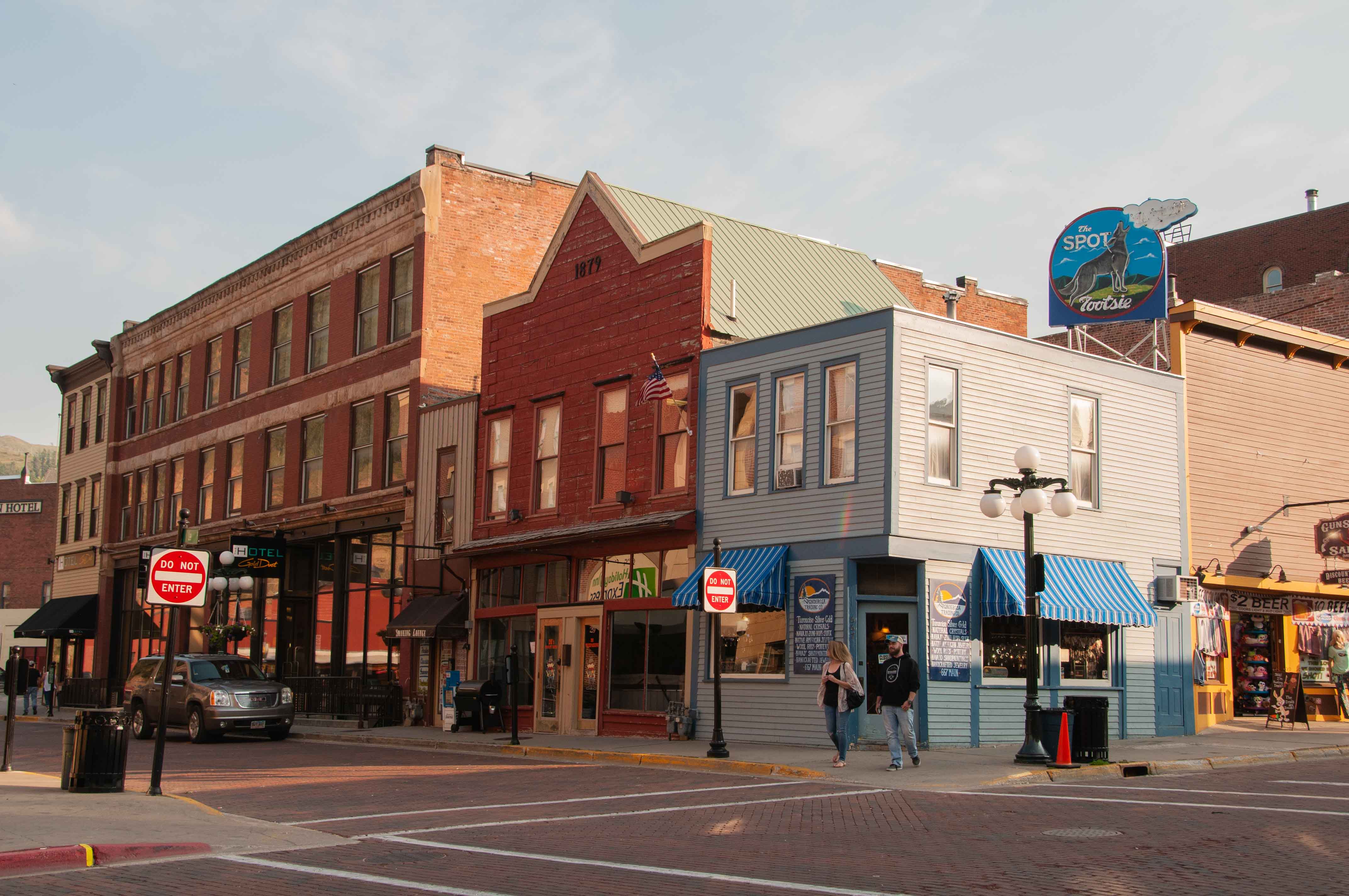 Another corner of Lee and Main Streets 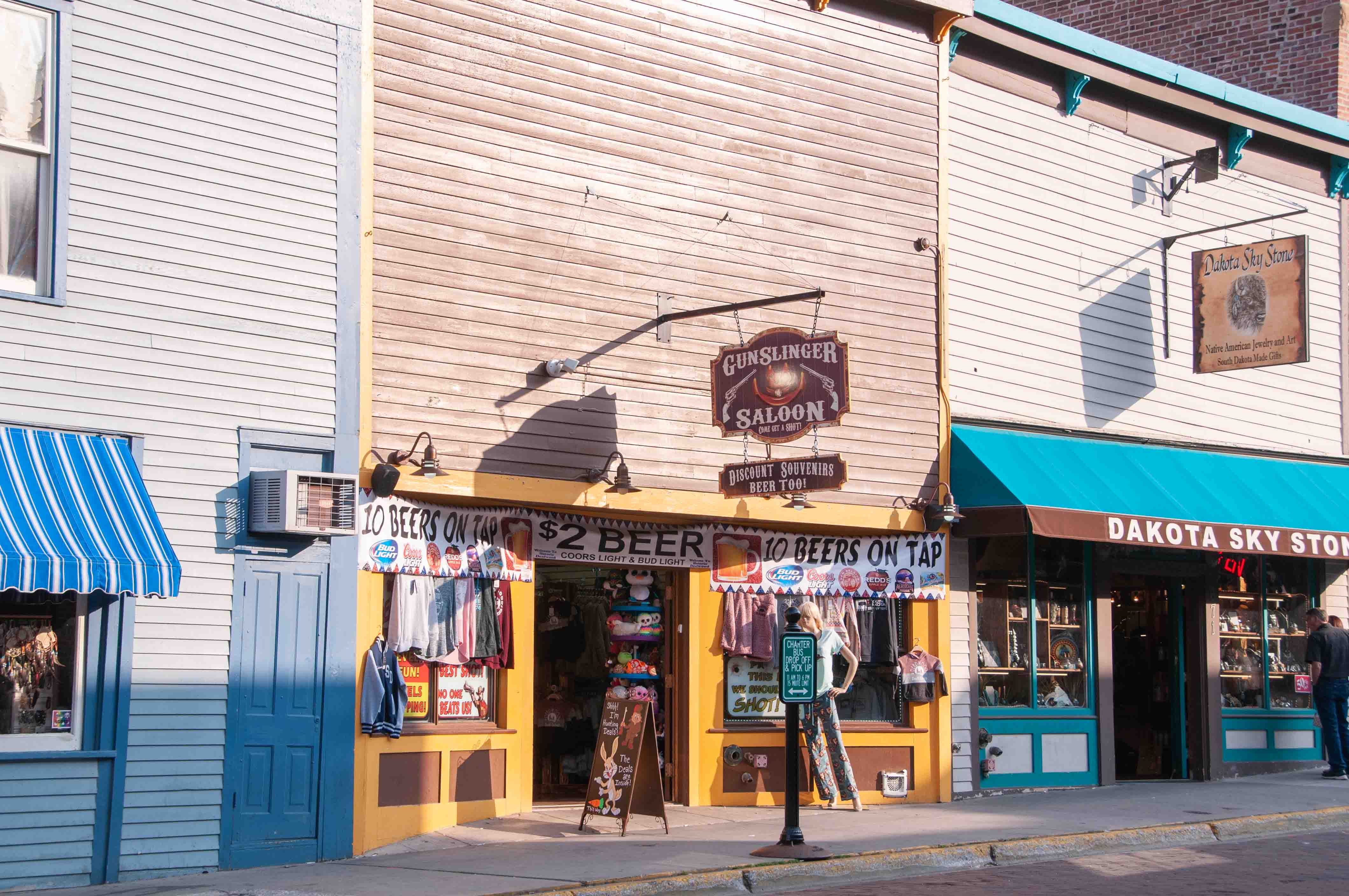 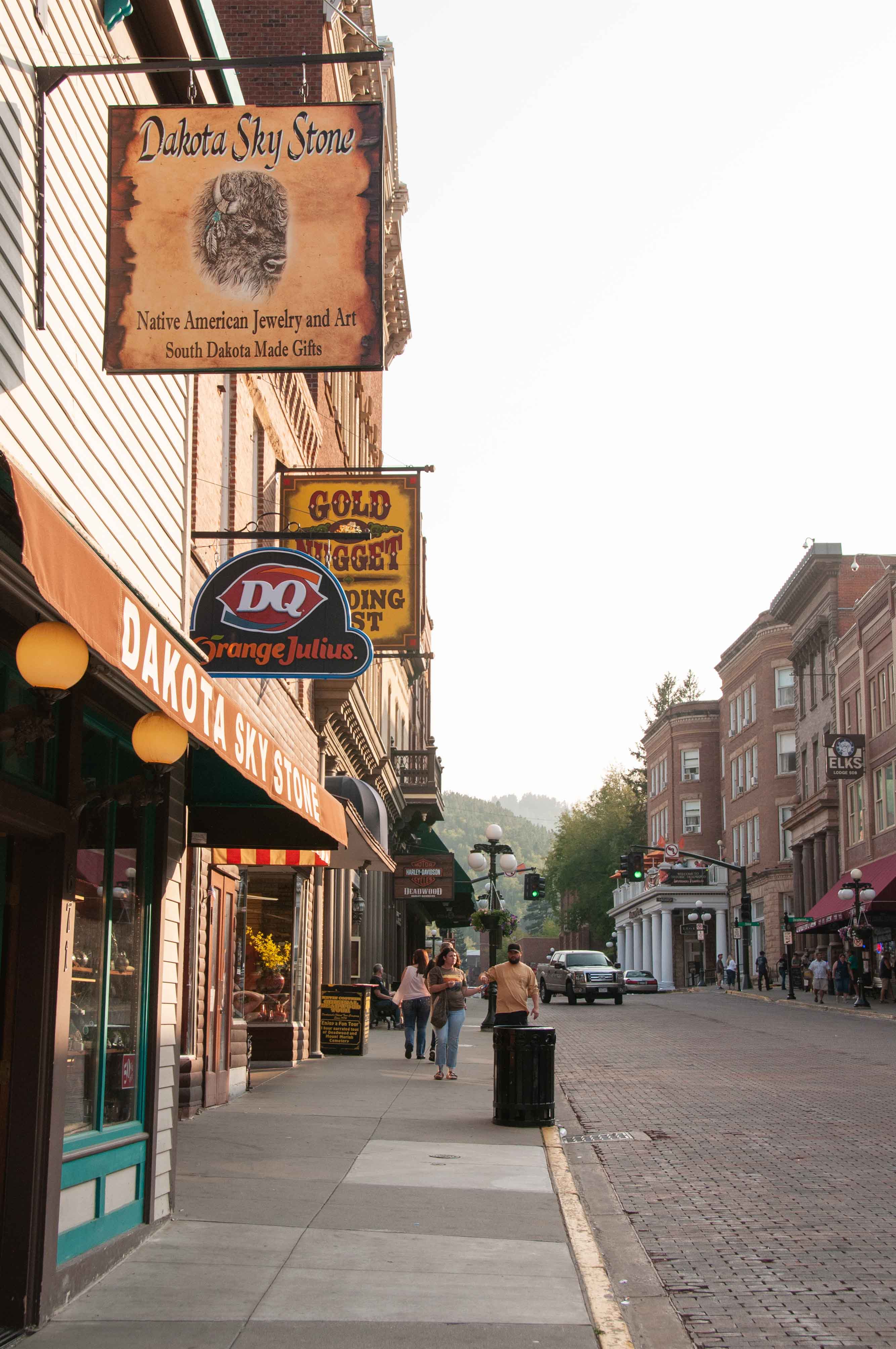 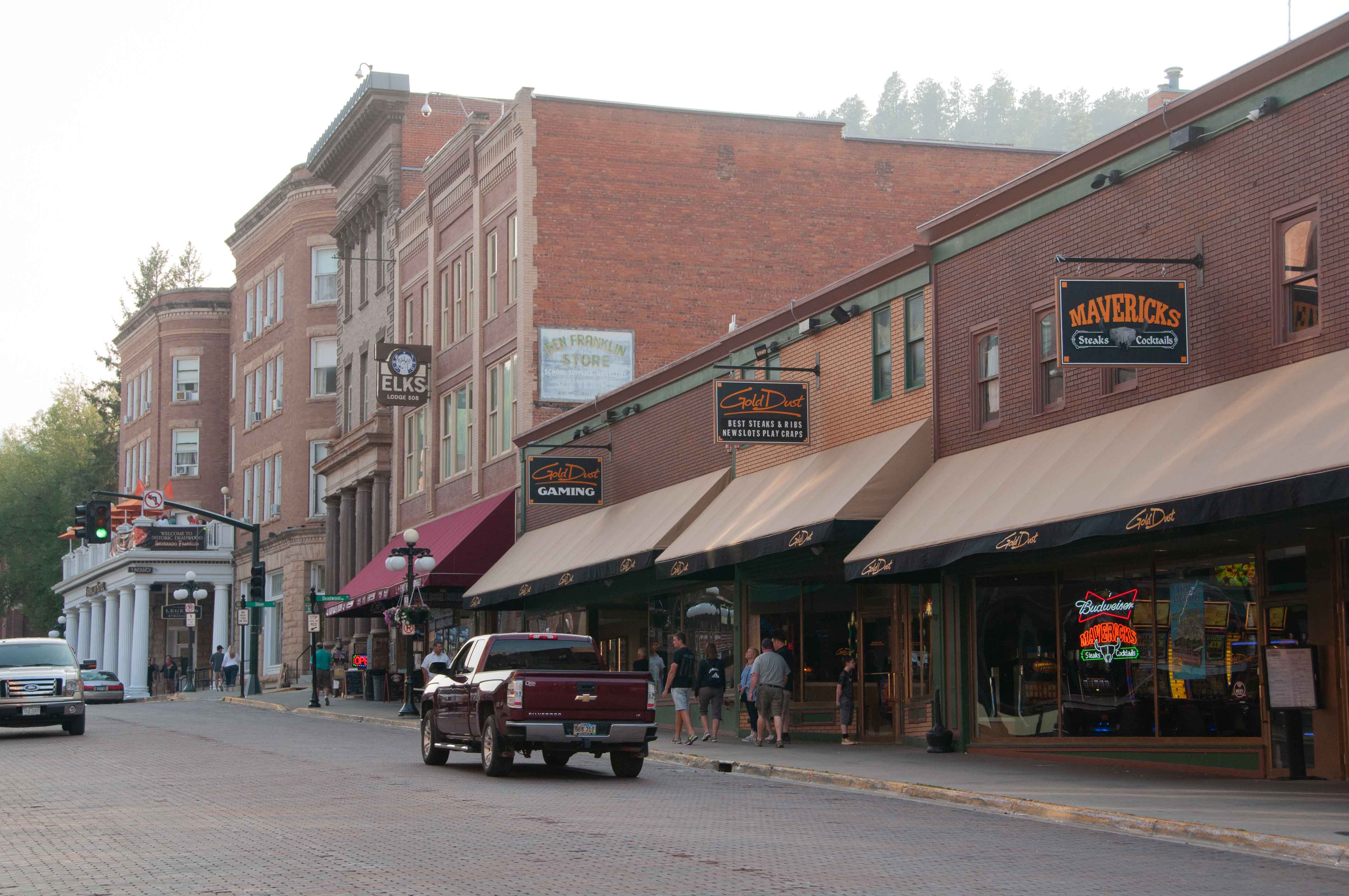 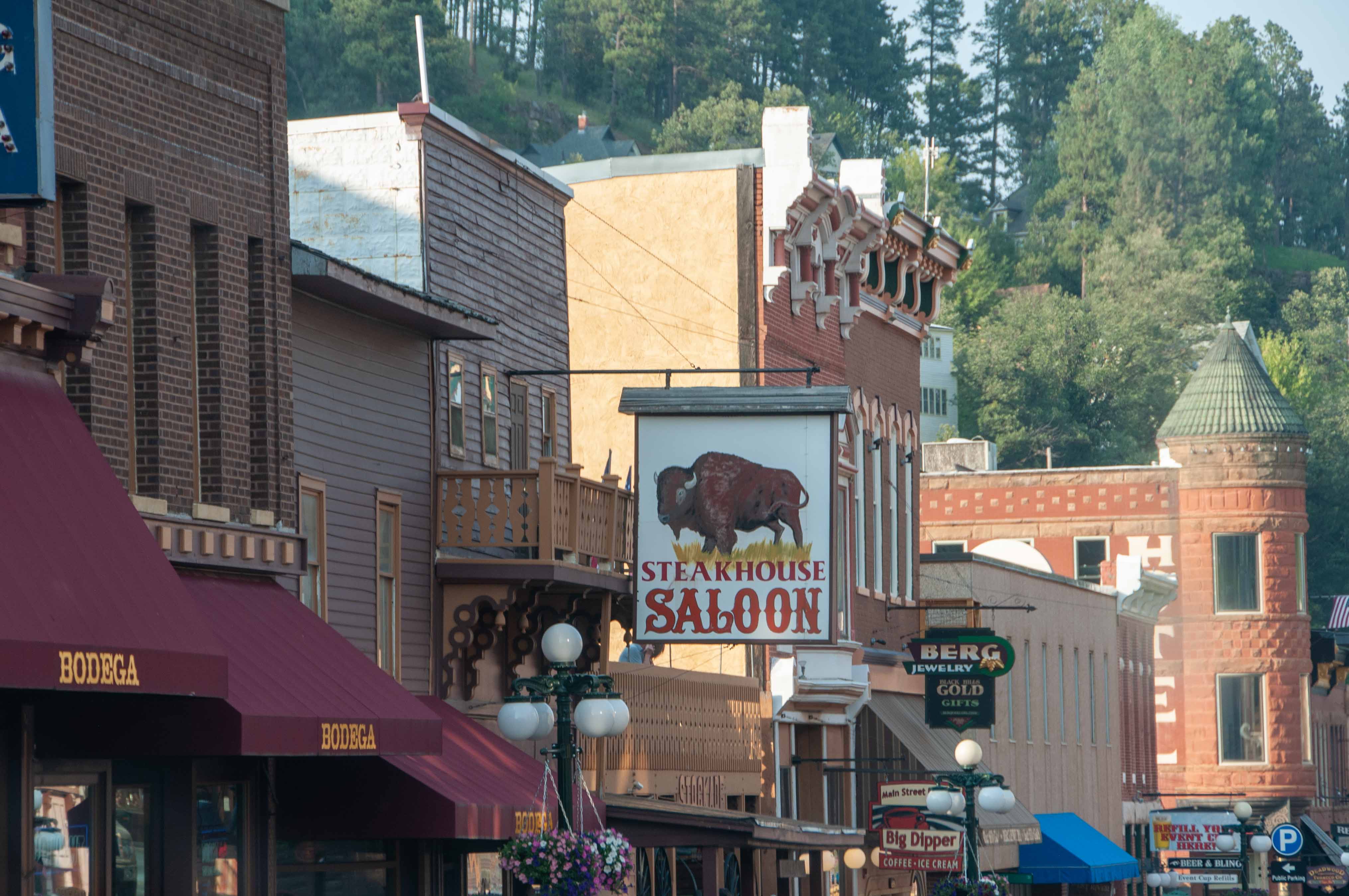 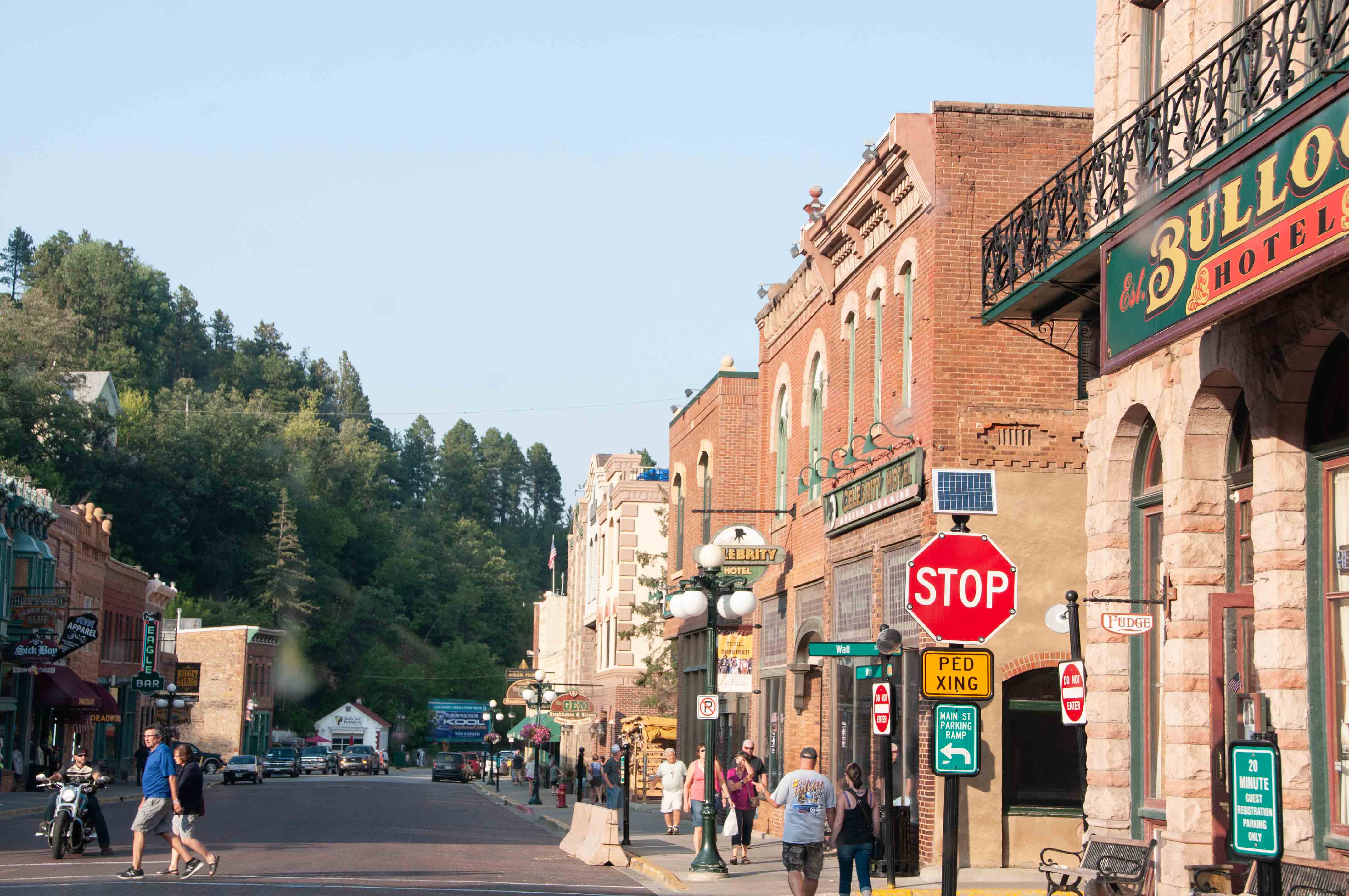 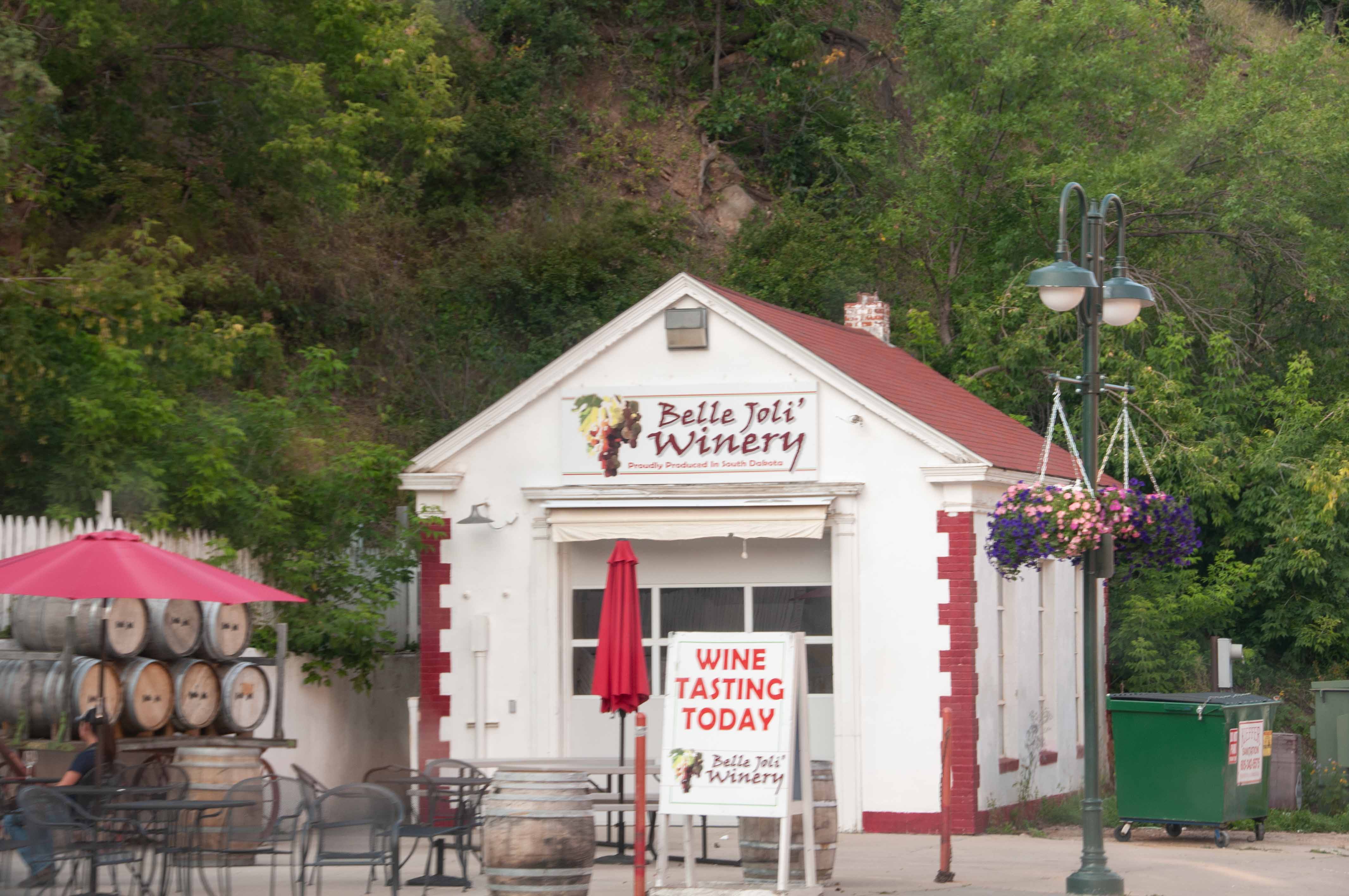 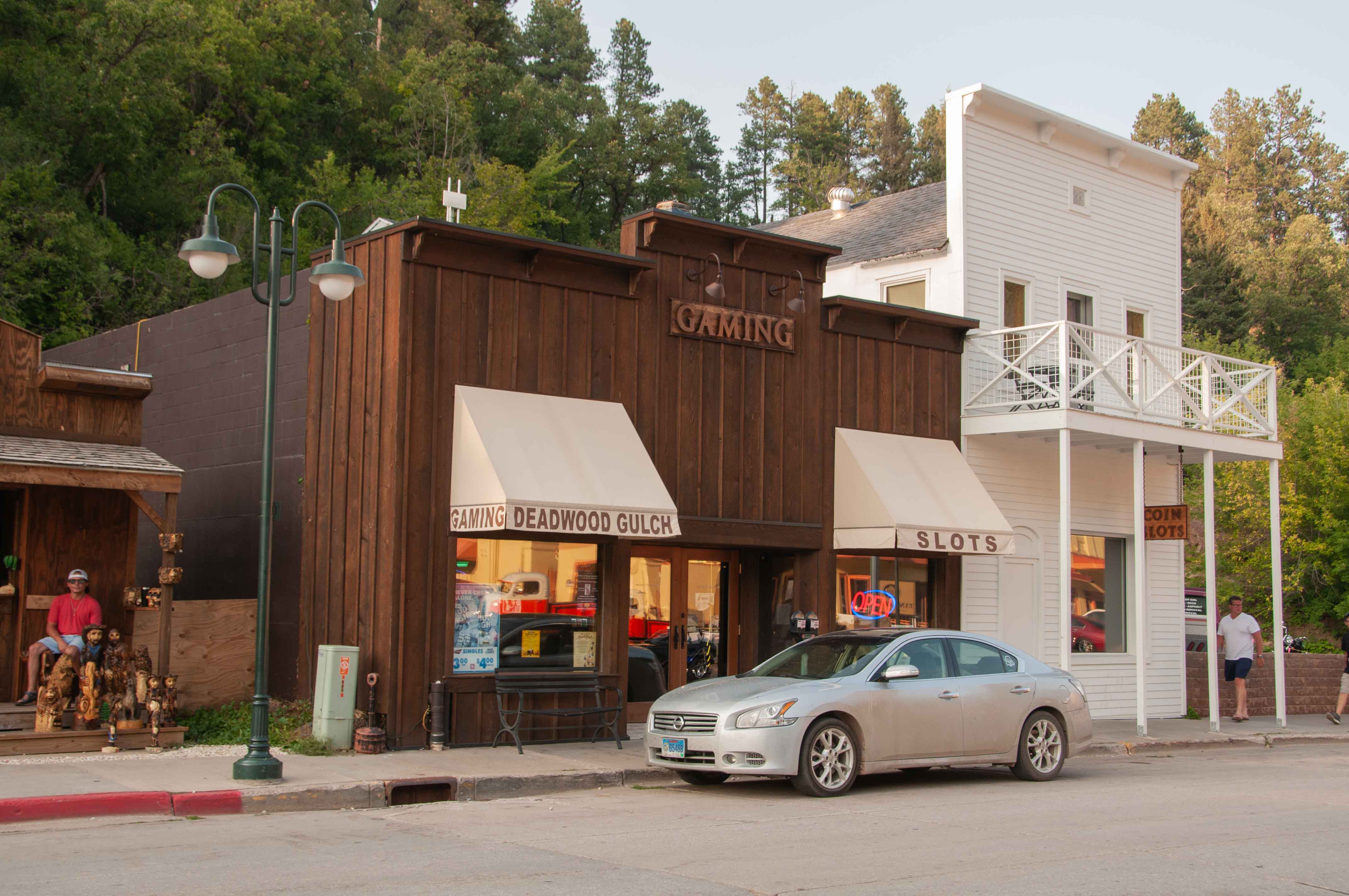 The historic Fairmont Hotel, built in 1898, is located at 928 Main Street. The upstairs rooms were mostly occupied by "painted ladies" from day one. The Fairmont Hotel is one of the most haunted places in South Dakota. You may meet the ghost of Maggie Broadwater who threw herself out a third story (reason unknown), or the ghosts of two men, one shot by the other in a fit of jealousy. 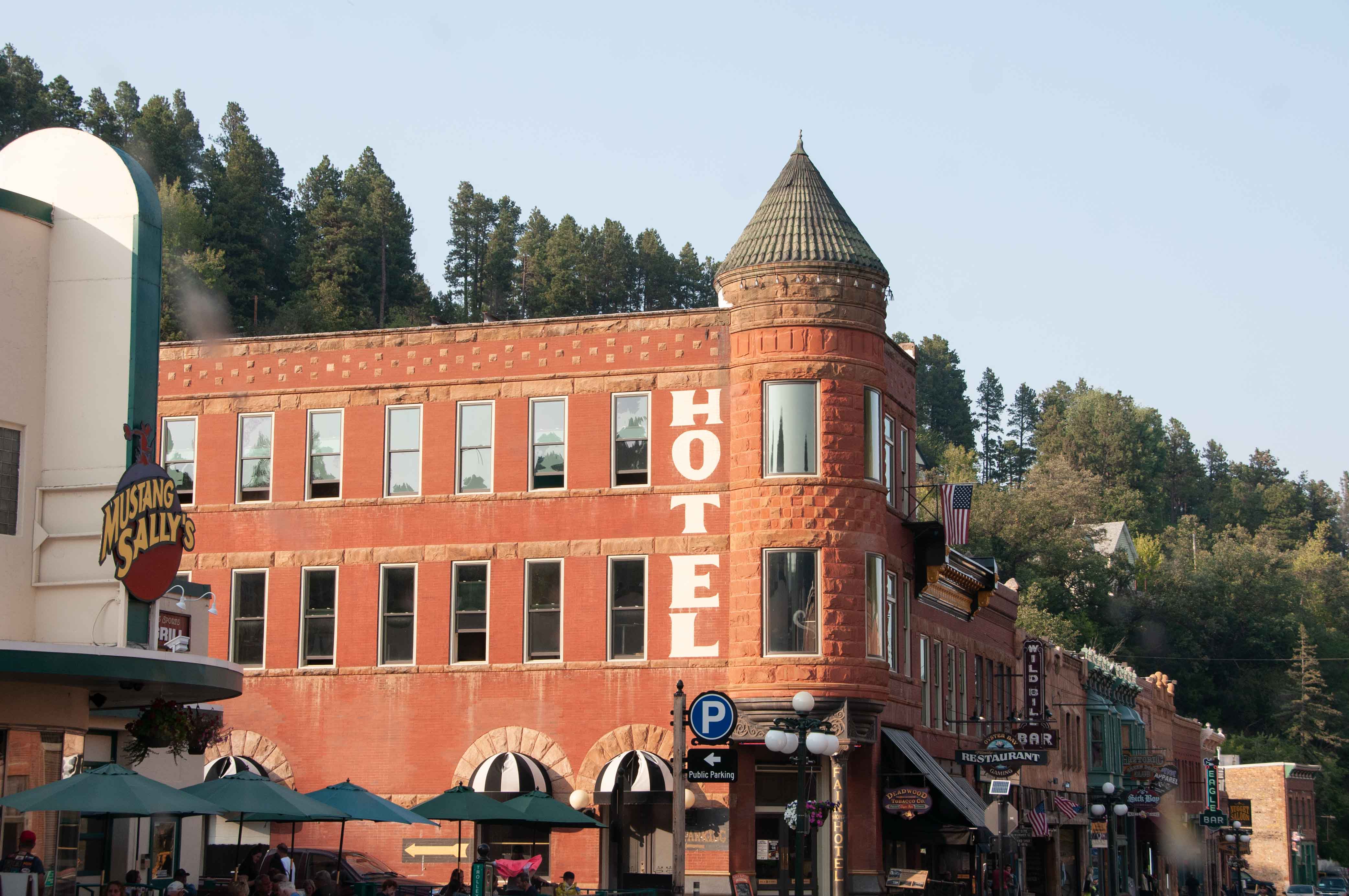 This is the artwork of Jordan Dahl. Go to Keystone to see the chainsaw artwork of his brother, Jarrett. 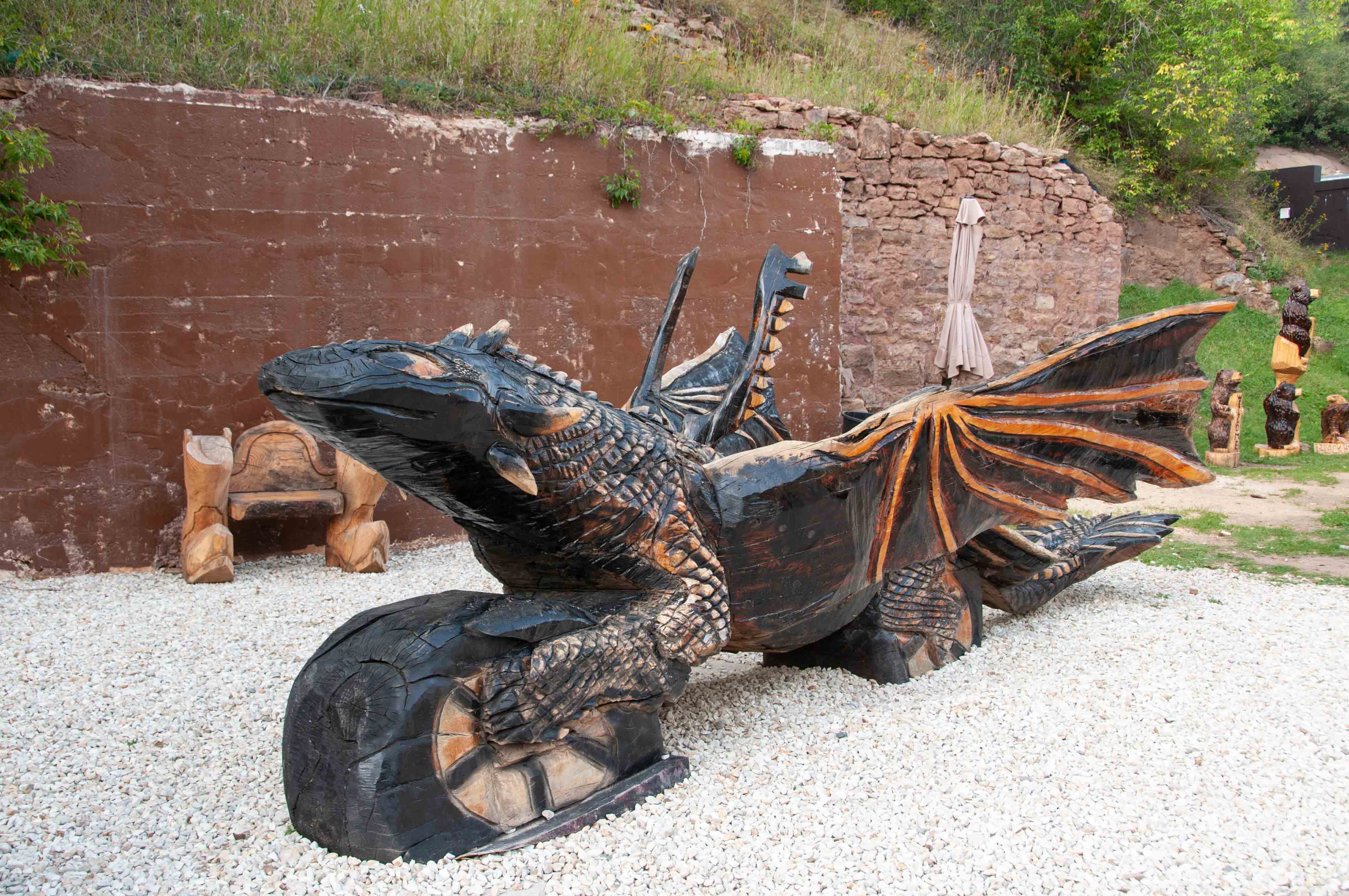 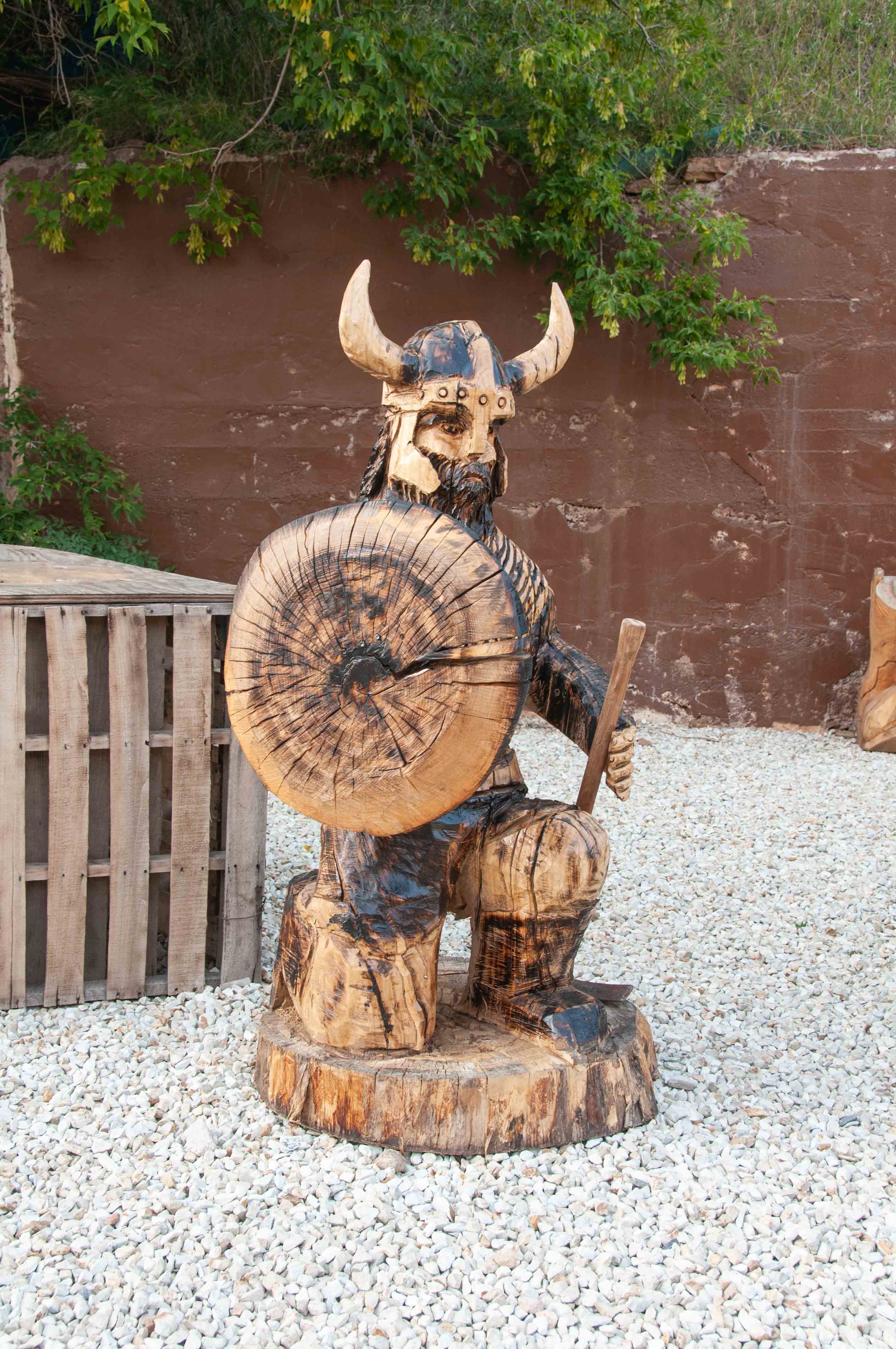 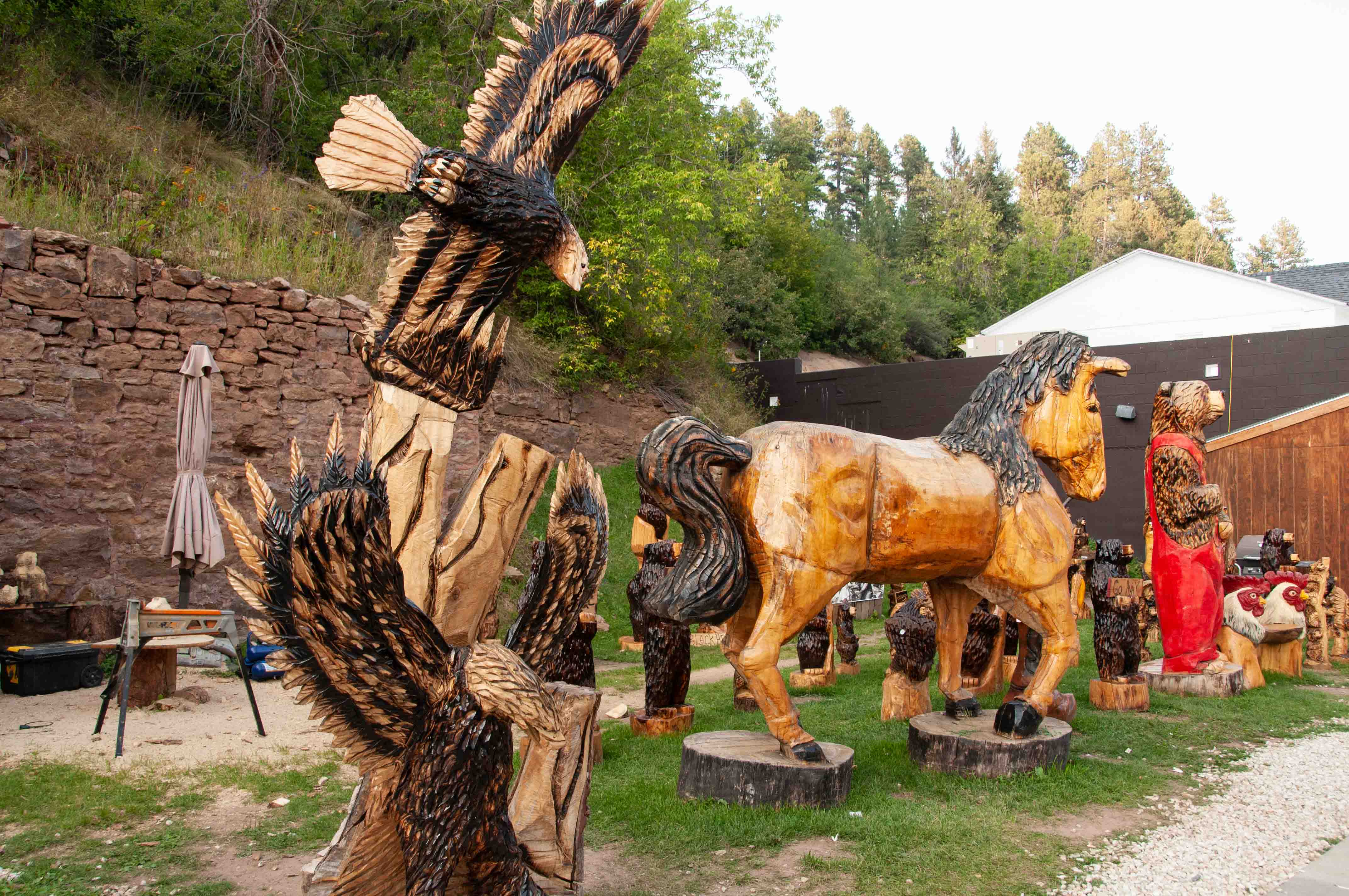 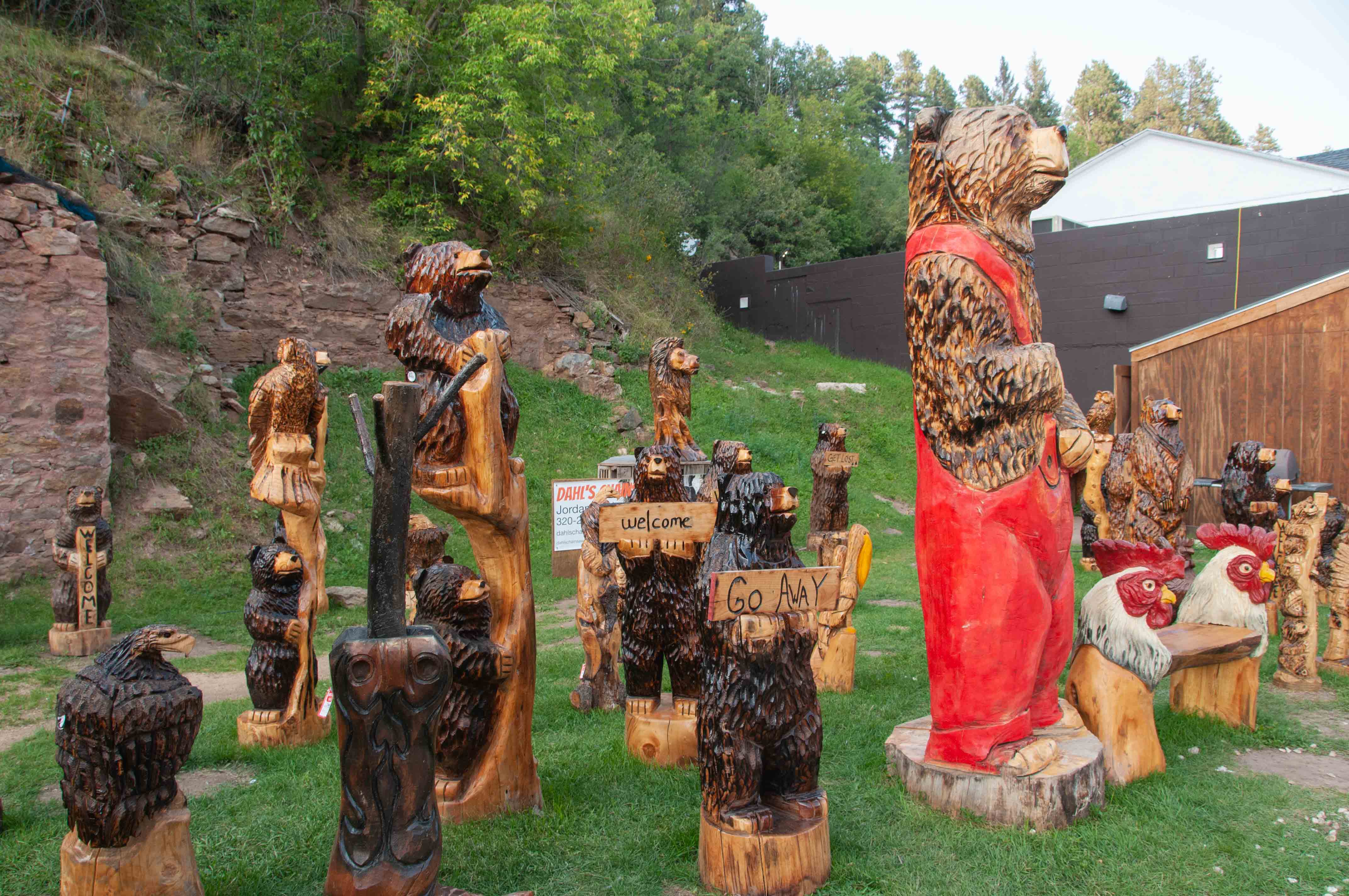