Kin Kletso is one-half mile west of Pueblo Bonito on the north side of the canyon. It's a McElmo Phase pueblo with 55 rooms and 5 kivas arranged in a rectangular configuration. There are no ground-level exterior doors in the pueblo. Entry was gained by climbing ladders to doors or roof openings in the upper stories. The lower half of a third story can be seen along the north wall. 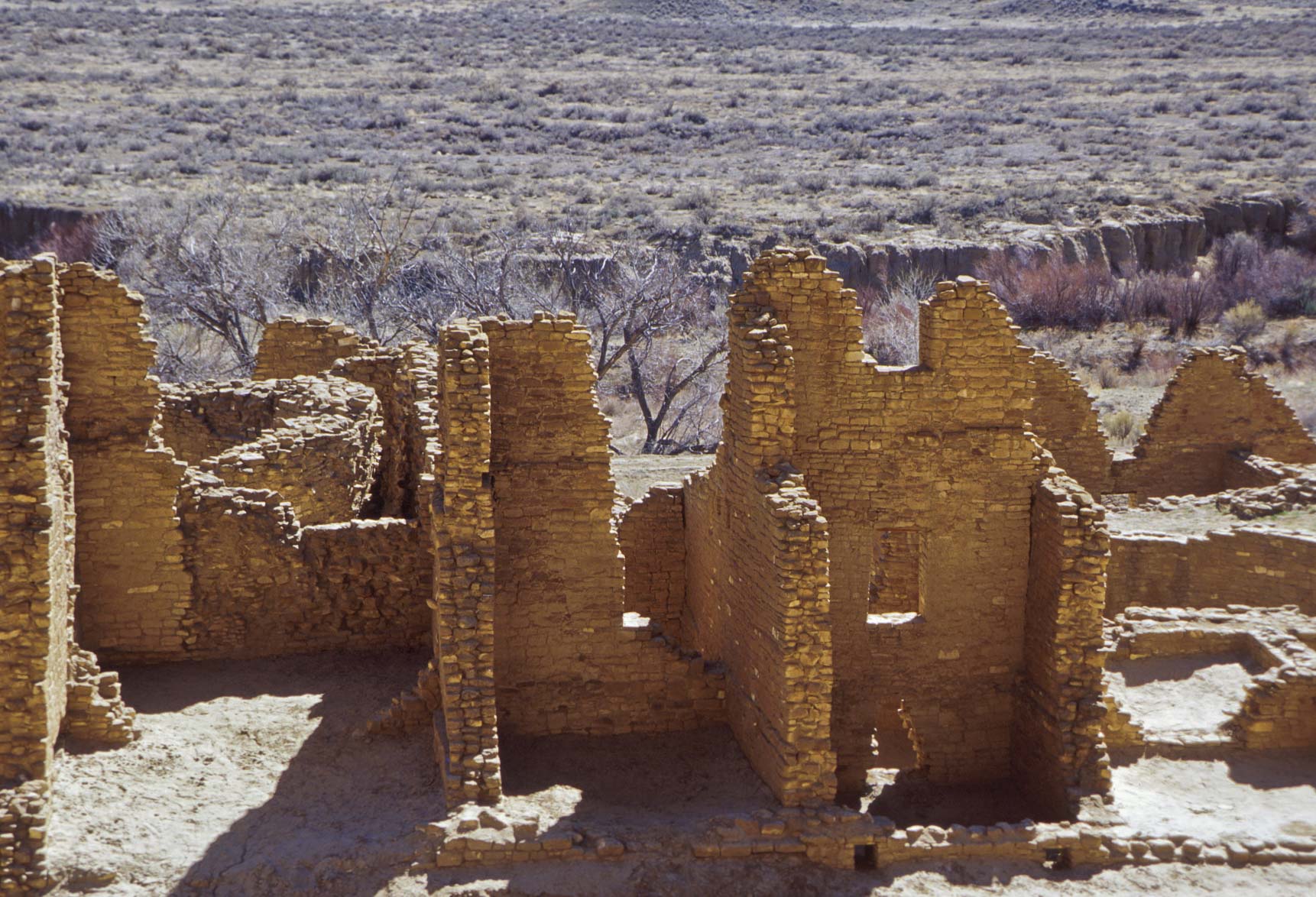 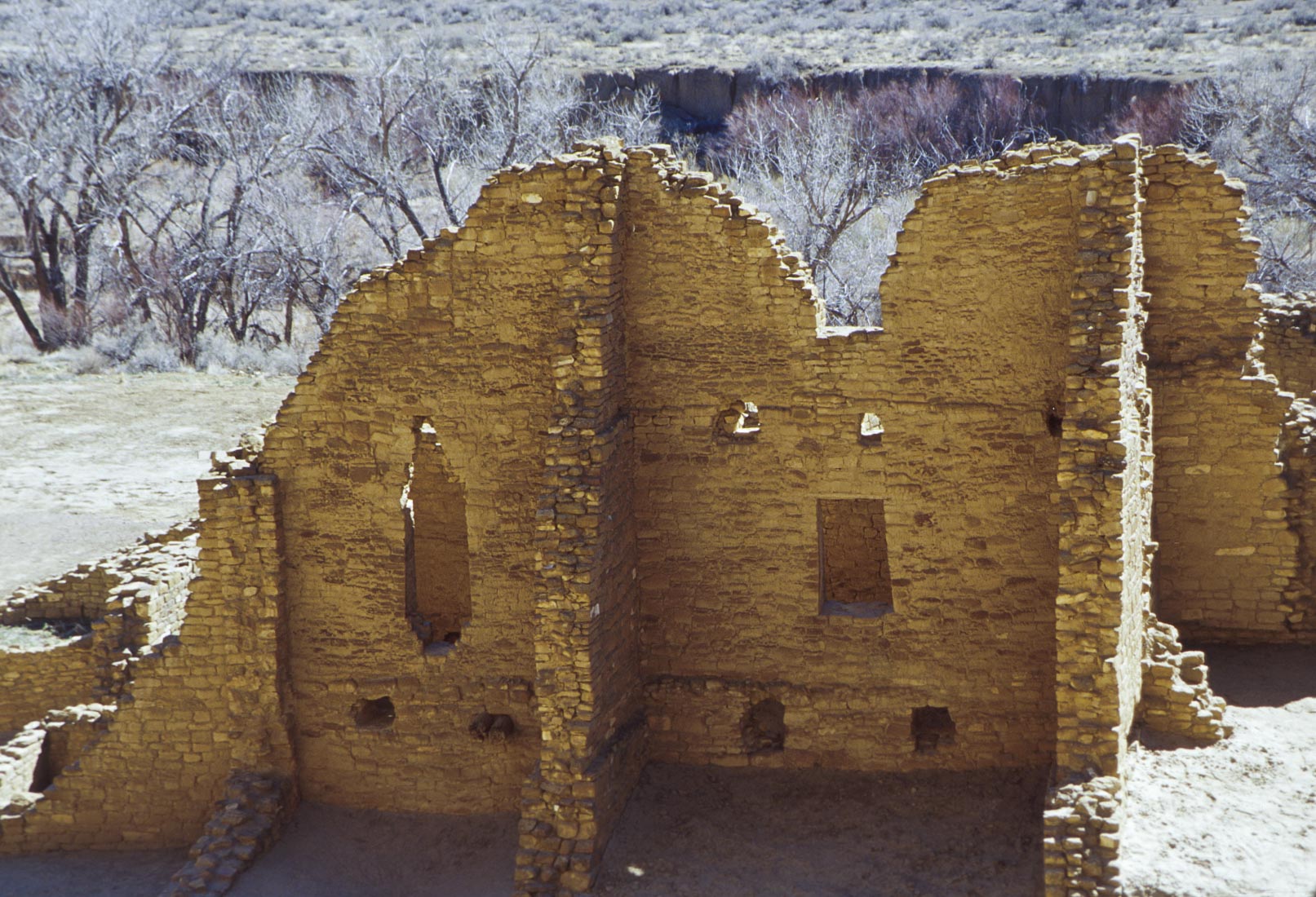 North wall section with lower half of a third story (2001) 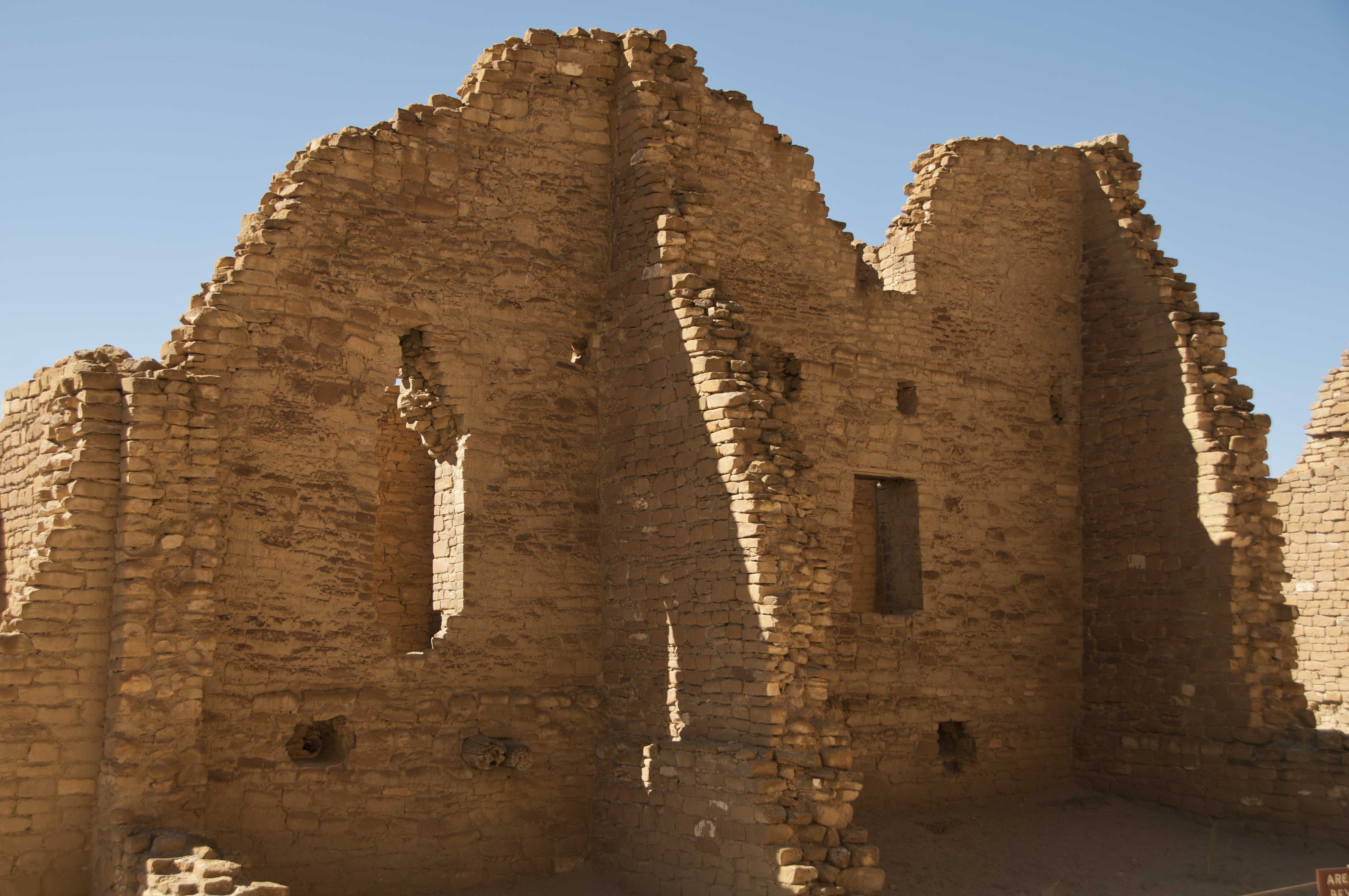 North wall section with lower half of a third story (2011) 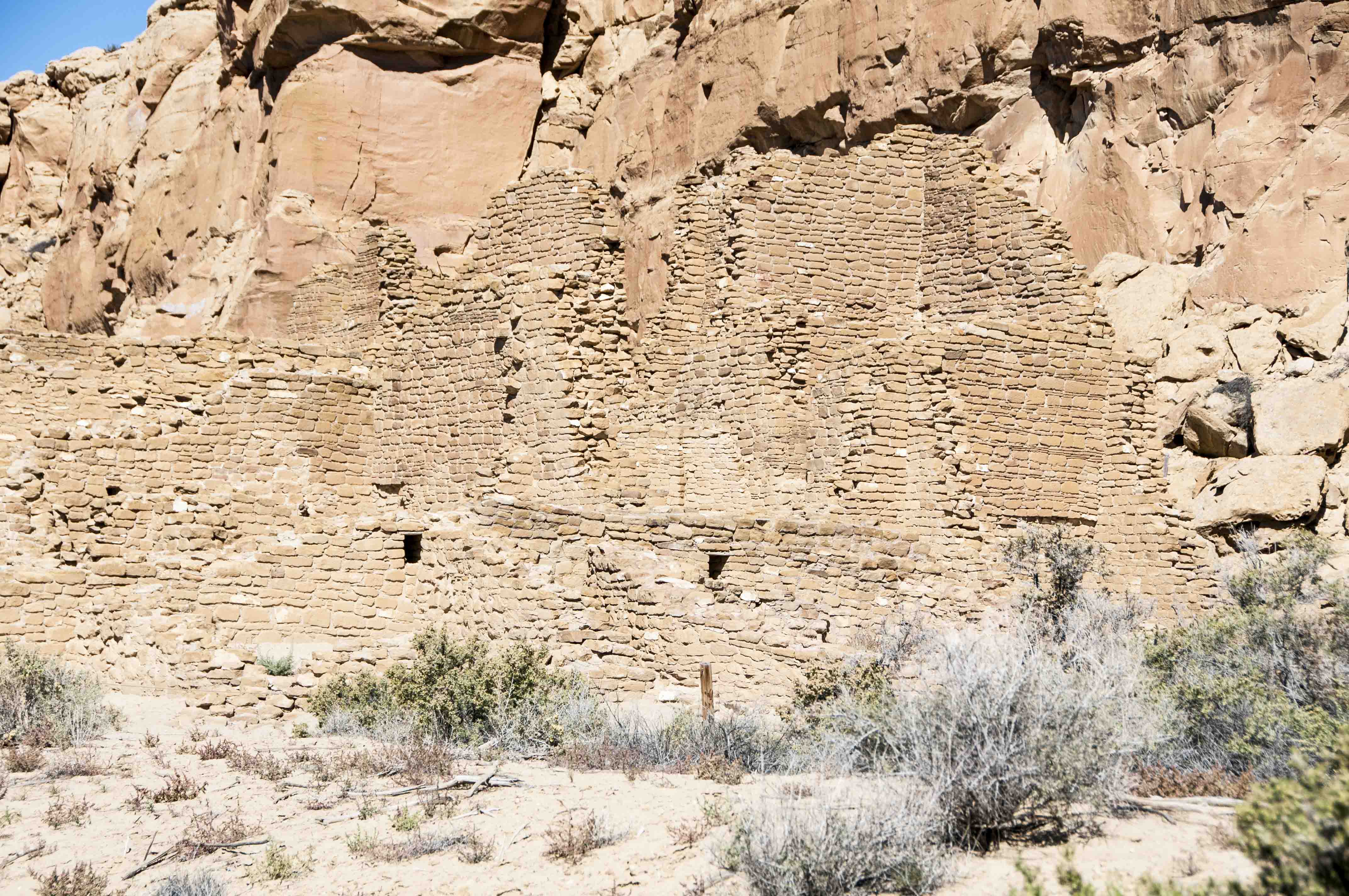 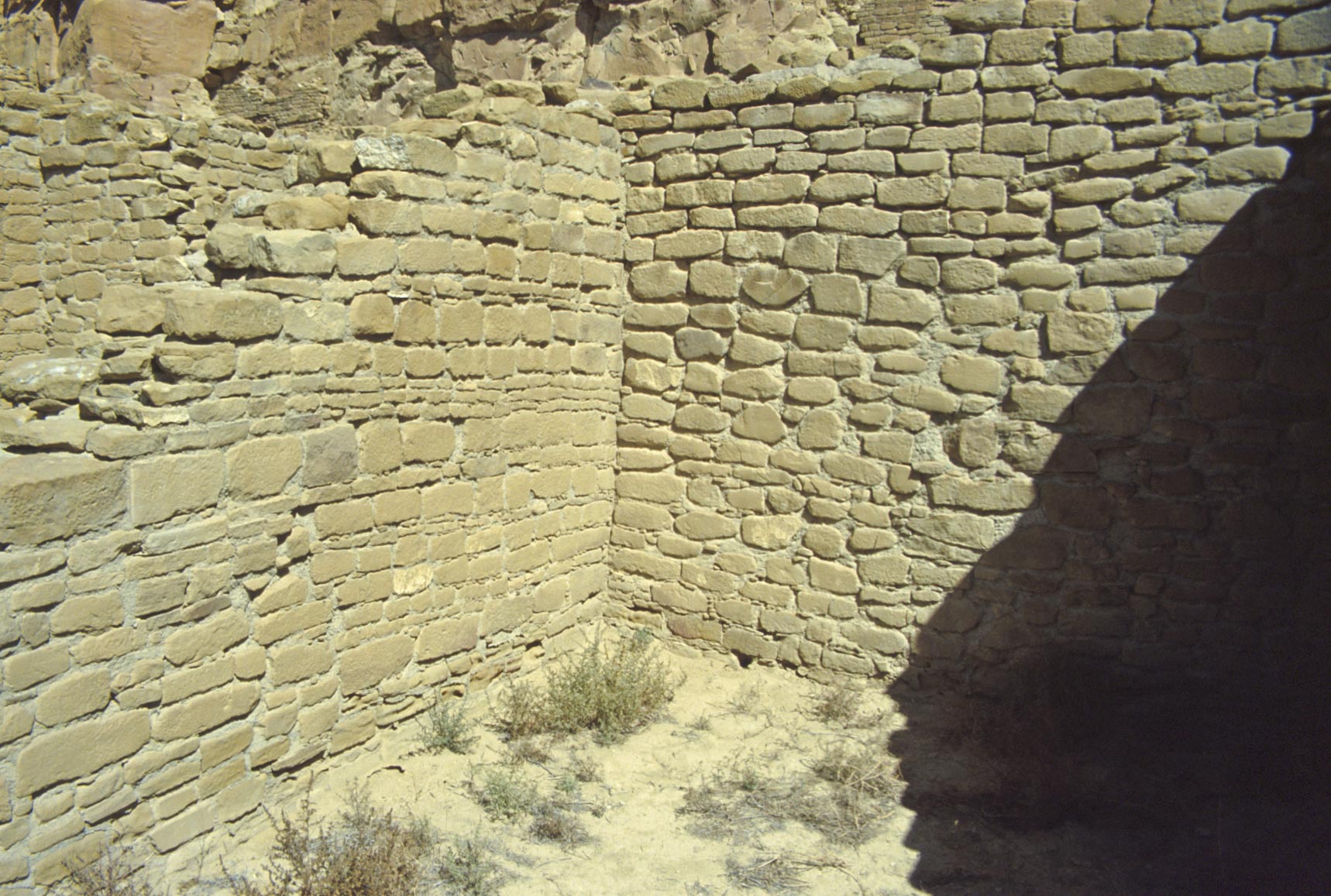 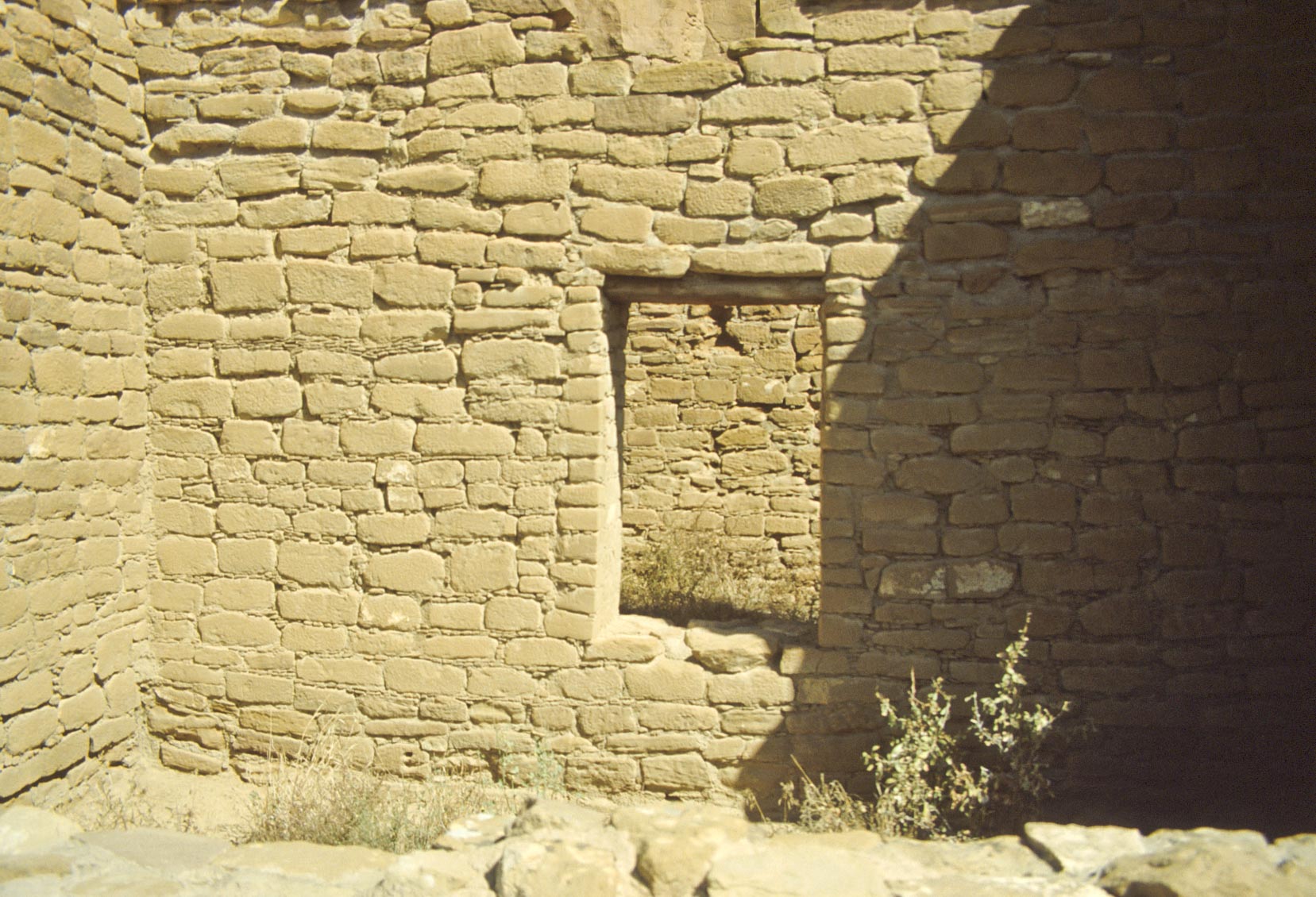 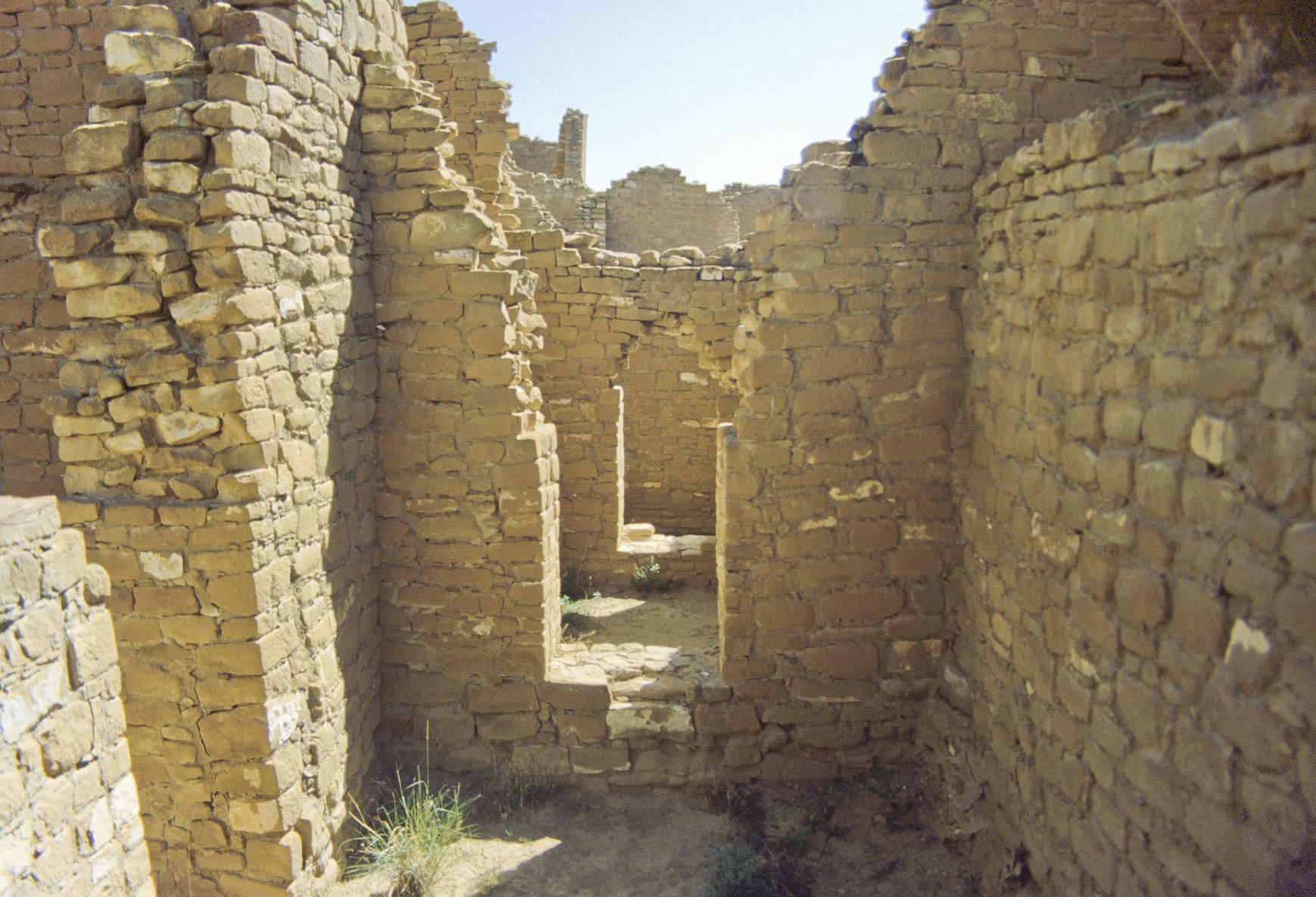 Room block with a series of interconnecting doors 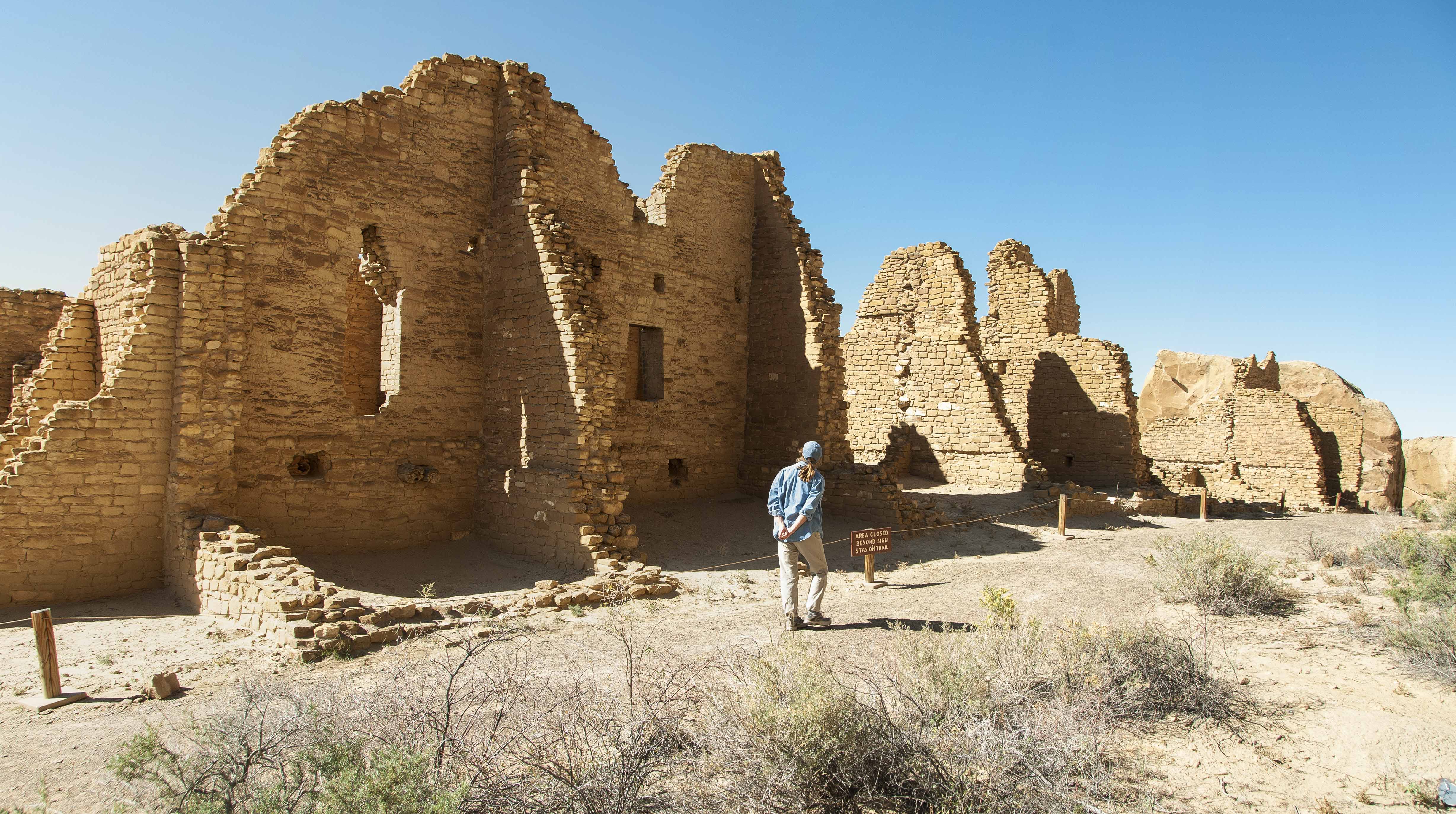 Kin Kletso
View to the south 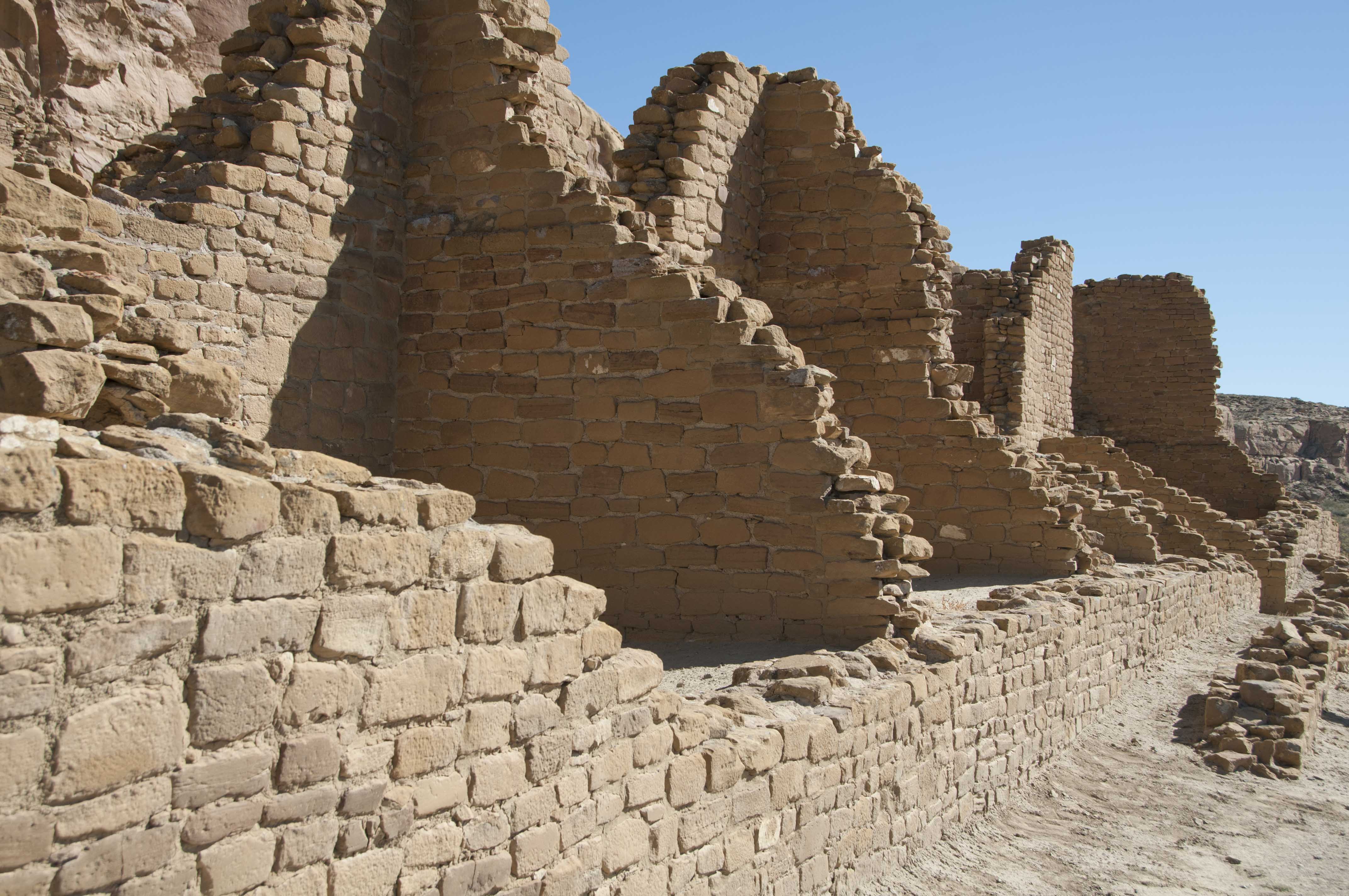 Casa Chiquita is located on the north side of Chaco Canyon about a mile west of Pueblo Bonito. It's a Pueblo III, McElmo phase pueblo of 50 rooms and 3 kivas, making it possibly the smallest pueblo in Chaco Canyon. It's built in and around a hill and is roughly square in shape. Casa Chiquita is unexcavated with only minor stabilization of its walls. 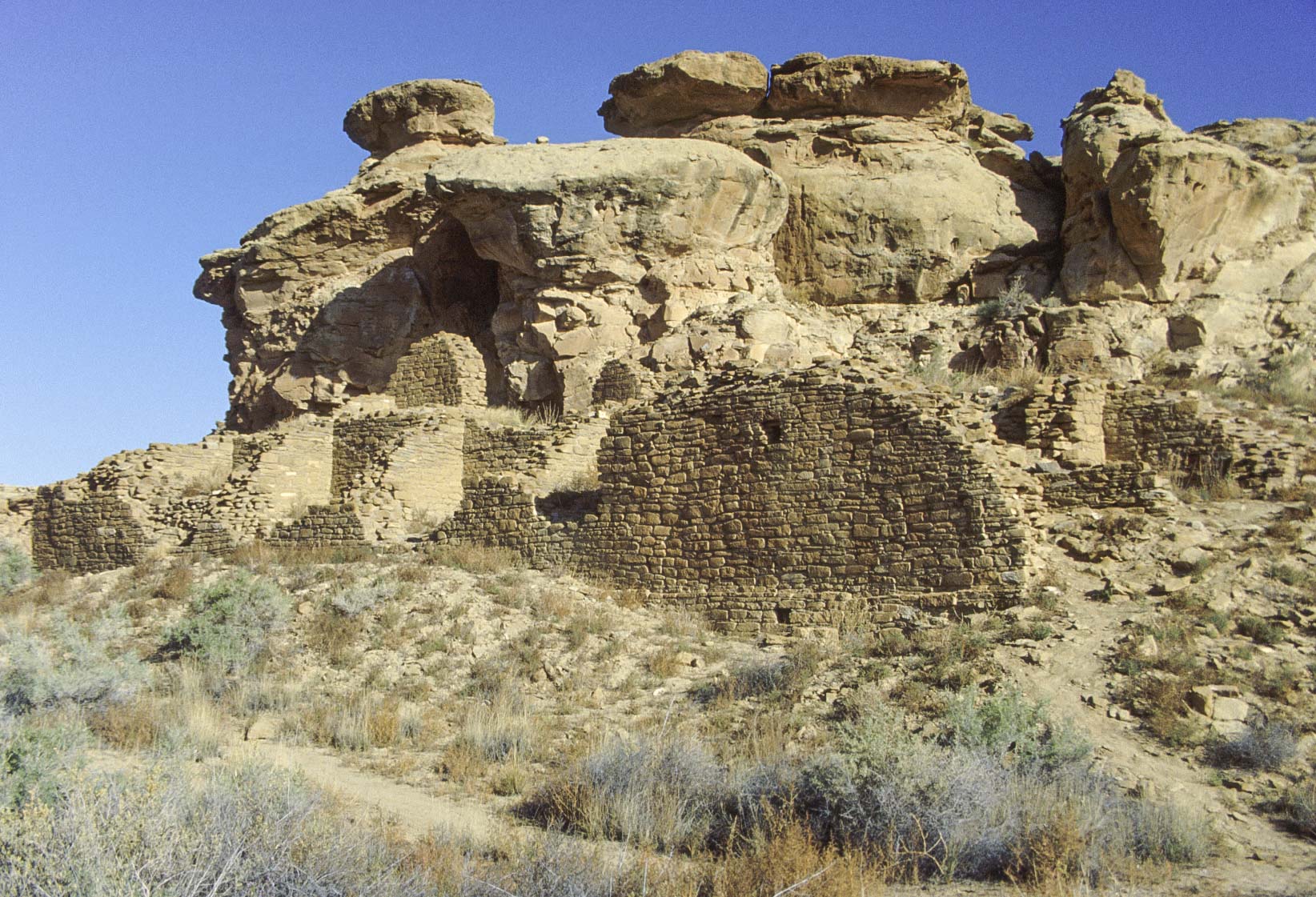 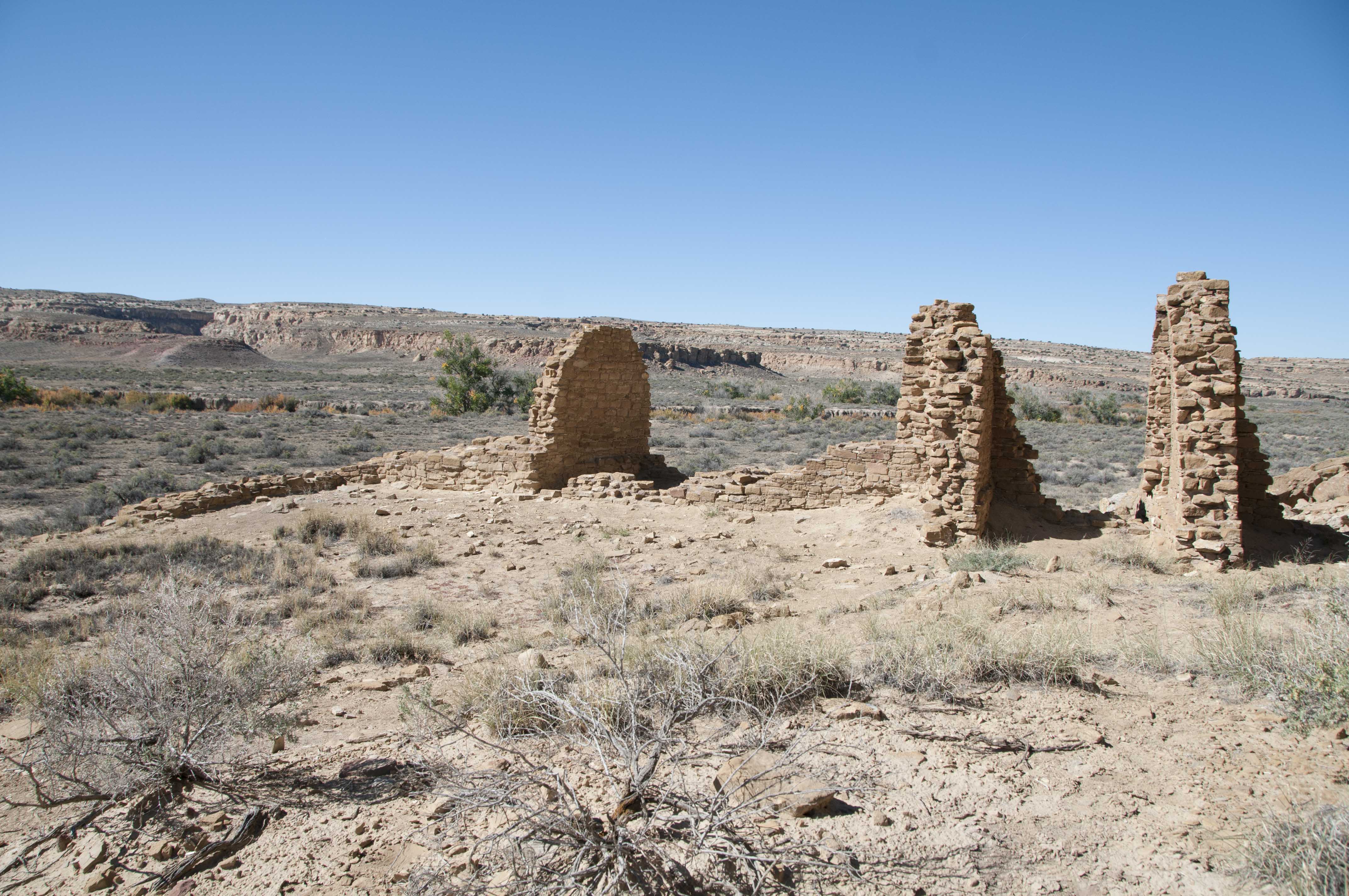 View toward the west
Chaco Wash in background 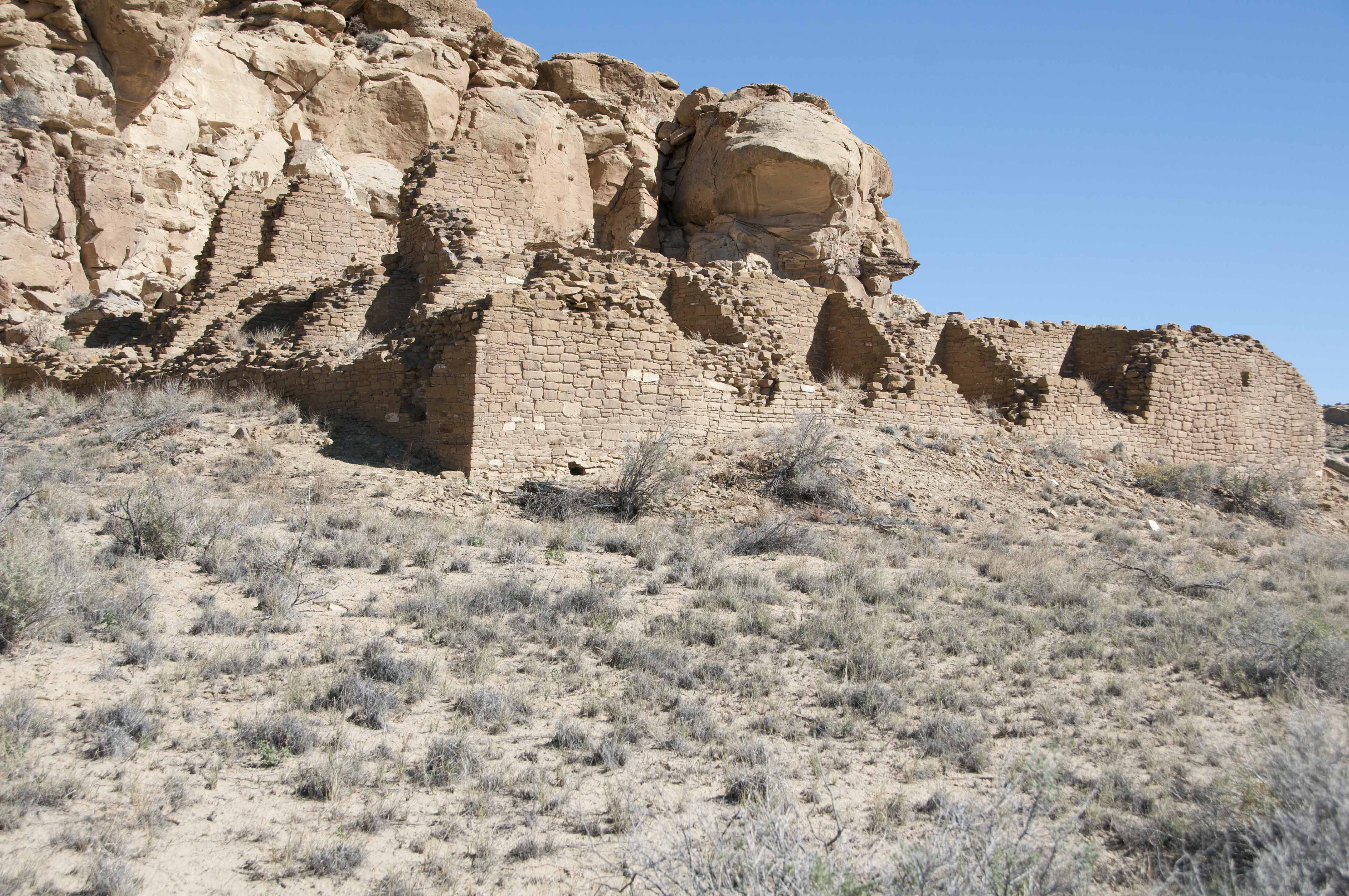 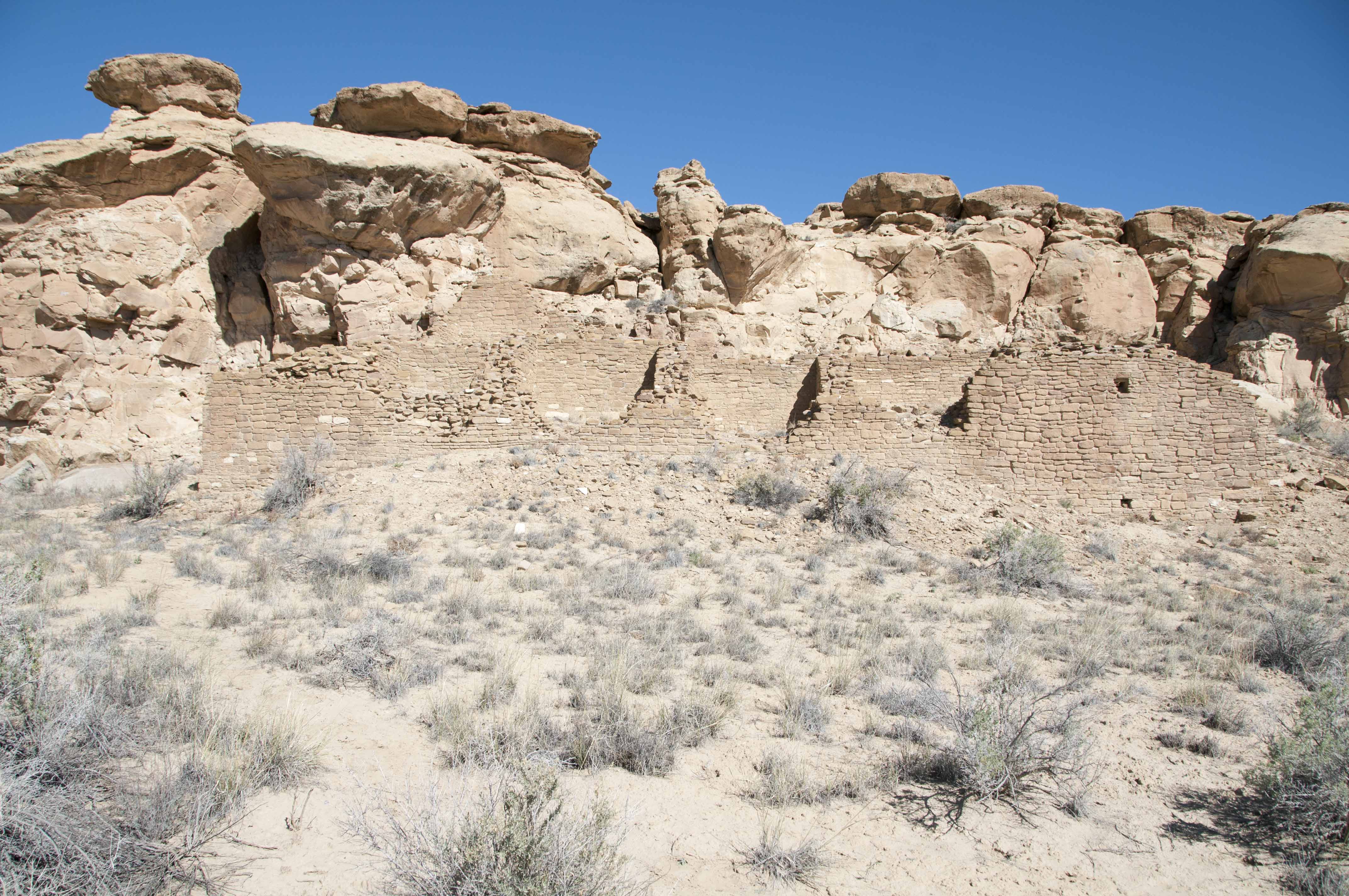 Casa Chiquita
View toward the north 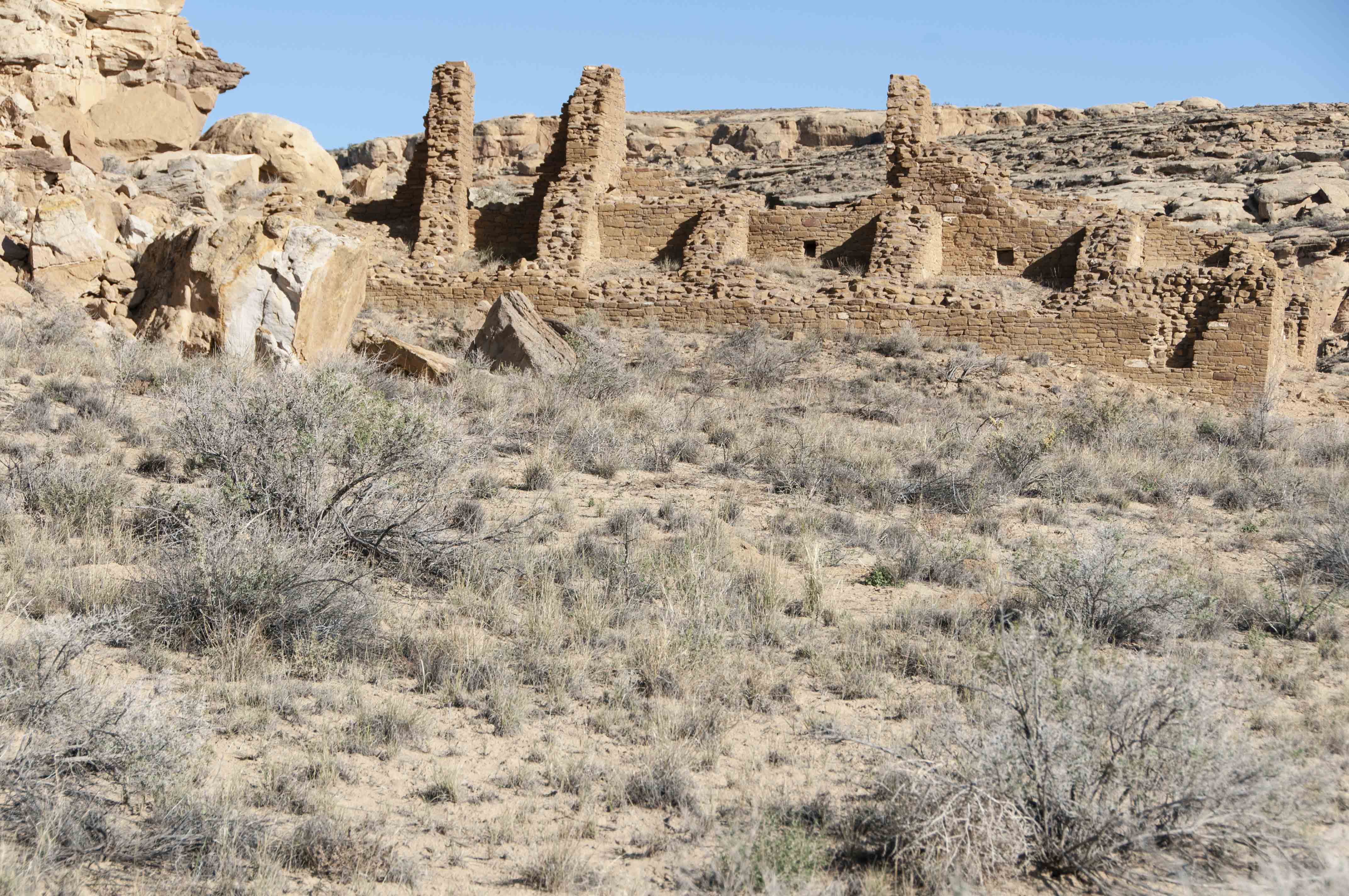 Casa Chiquita
View toward the east 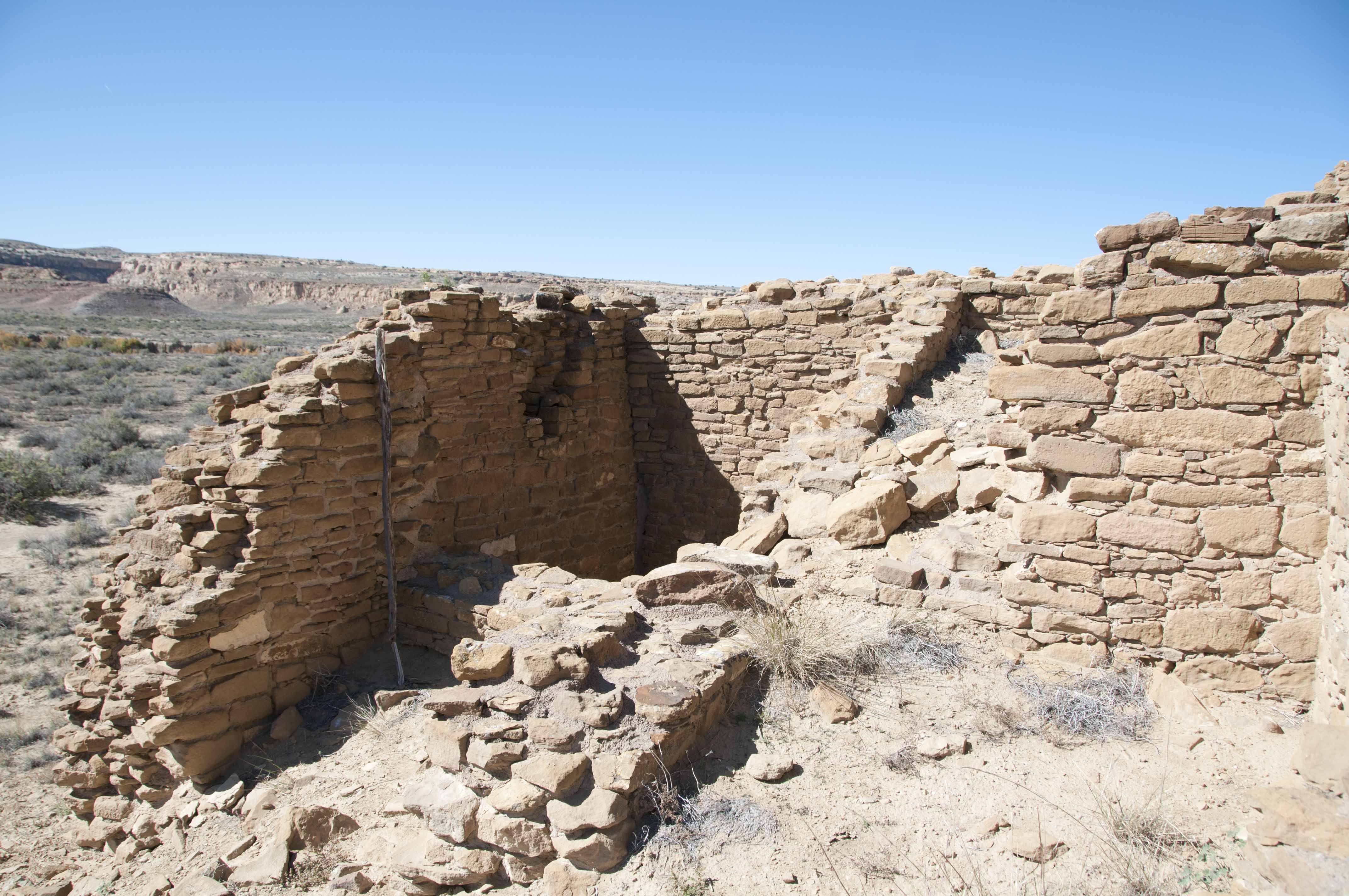