The Oregon Coast is a fairly rugged coast consisting of large dunes, cliffs, and headlands that jut out into the Pacific and end in sheer sided bluffs hundreds of feet above the sea. There are coastal forests, and rivers and bays galore. I made my first trip to Oregon in 2018 mainly to travel the Oregon Scenic Highway (US Hwy 101) up the Oregon coast. I started at Coos Bay and ended at Astoria with several great stops in between. The first 3 stops were Coos Bay, Umpqua River Lighthouse, and Florence, which are covered in other presentations. This presentation details the Heceta Head Lighthouse and Cape Perpetua, both located on the central coast.

Heceta Head Lighthouse is located along US Hwy 101 abouth 13 miles north of Florence and 13 miles south Of Yachats. It sits on a bluff 200 feet above the Pacific Ocean at the end of Heceta headland. There are occasionally tours of the ground floor of the lighthouse, but the upper floors were closed to the public as of my visit (Aug 2018). One of the best places to stop for a look-see is the Heceta Head Lighthouse State Scenic Viewpoint located just off US 101 in a cove at the mouth of Cape Creek. There is a short trail leading from the viewpoint to the lighthouse and the assistant keeper's house. The weather was crappy when I stopped, but there were still some pretty nice views and I got some good photos. I didn't make it to the lighthouse. 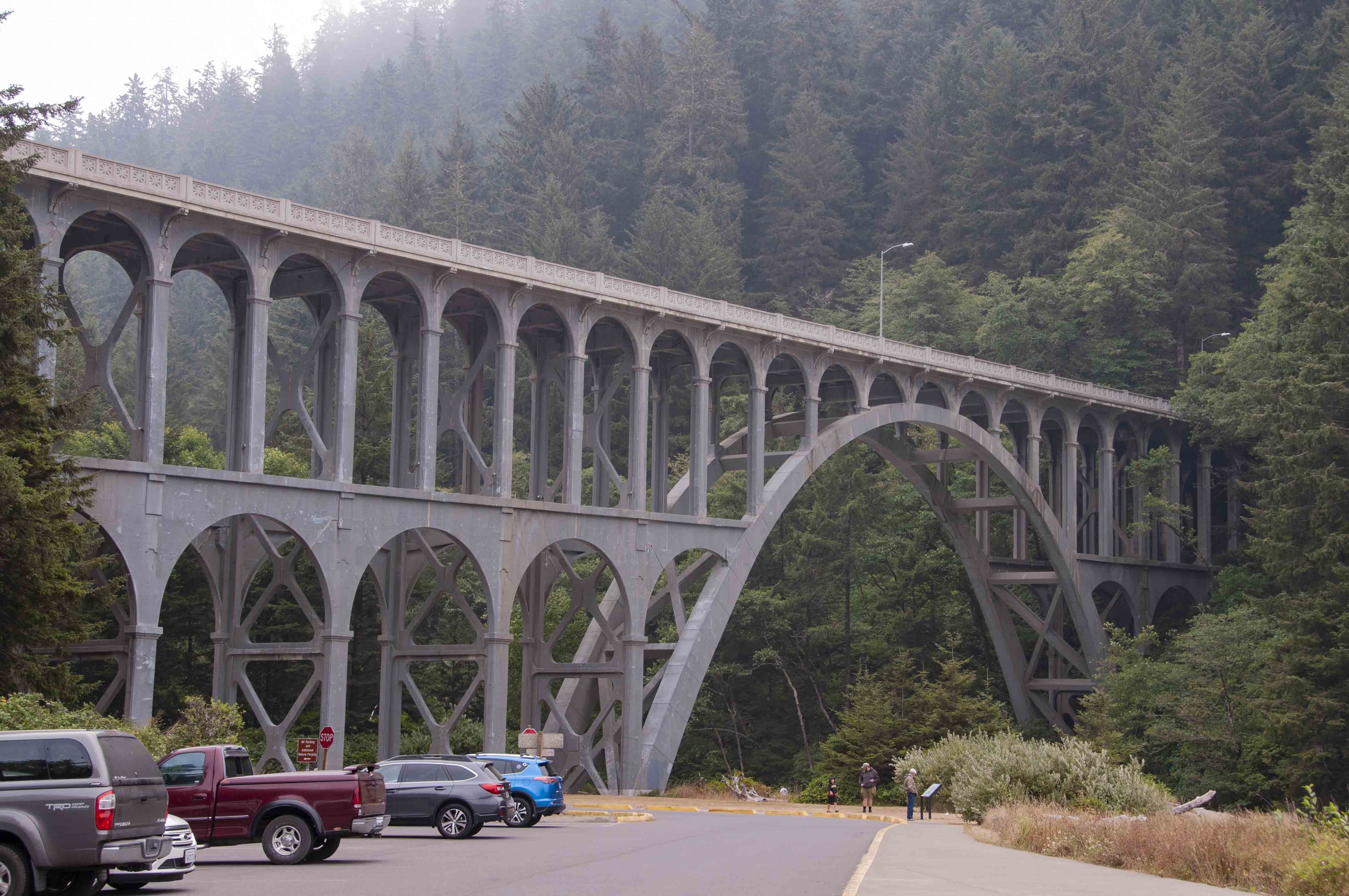 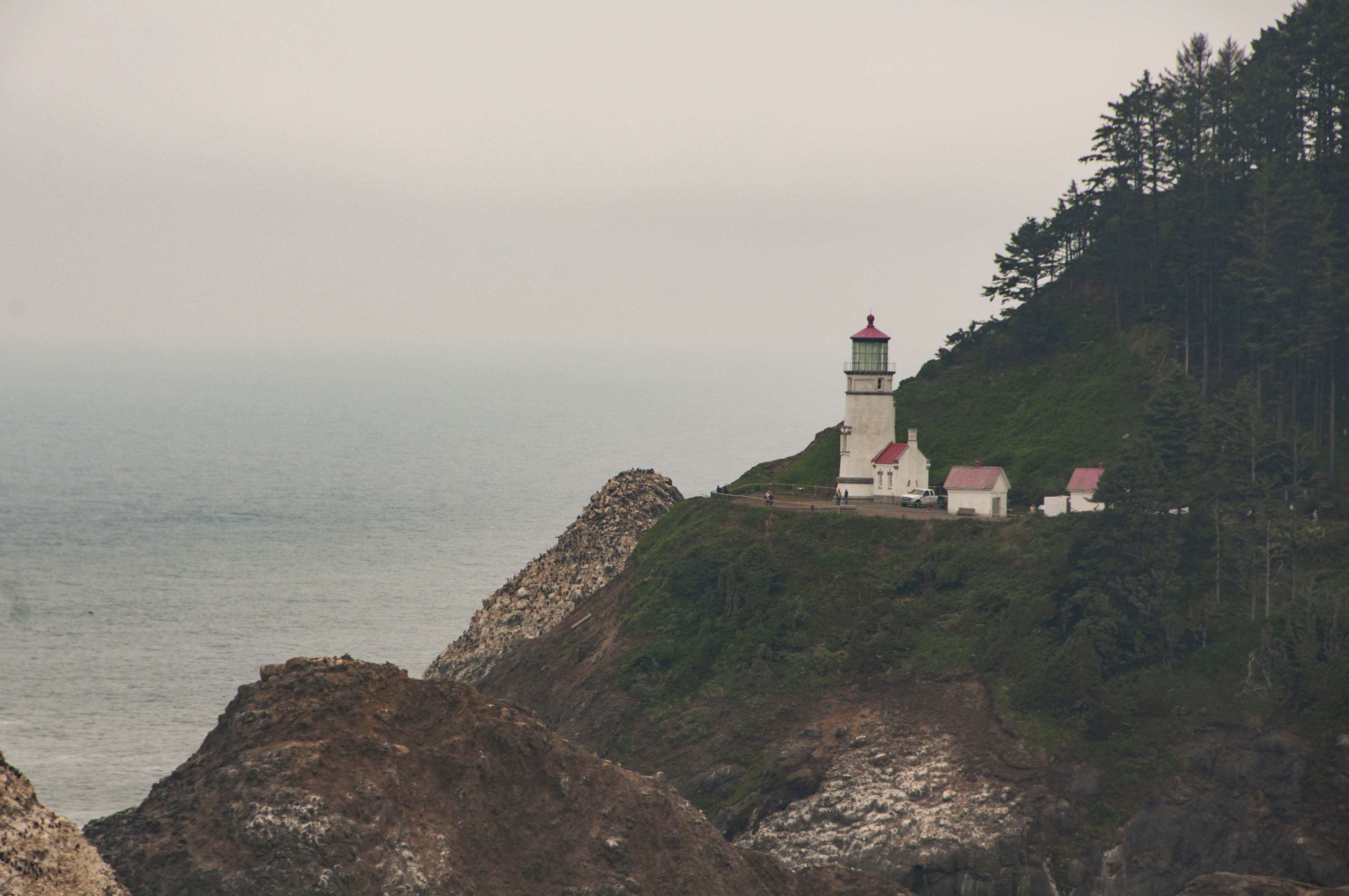 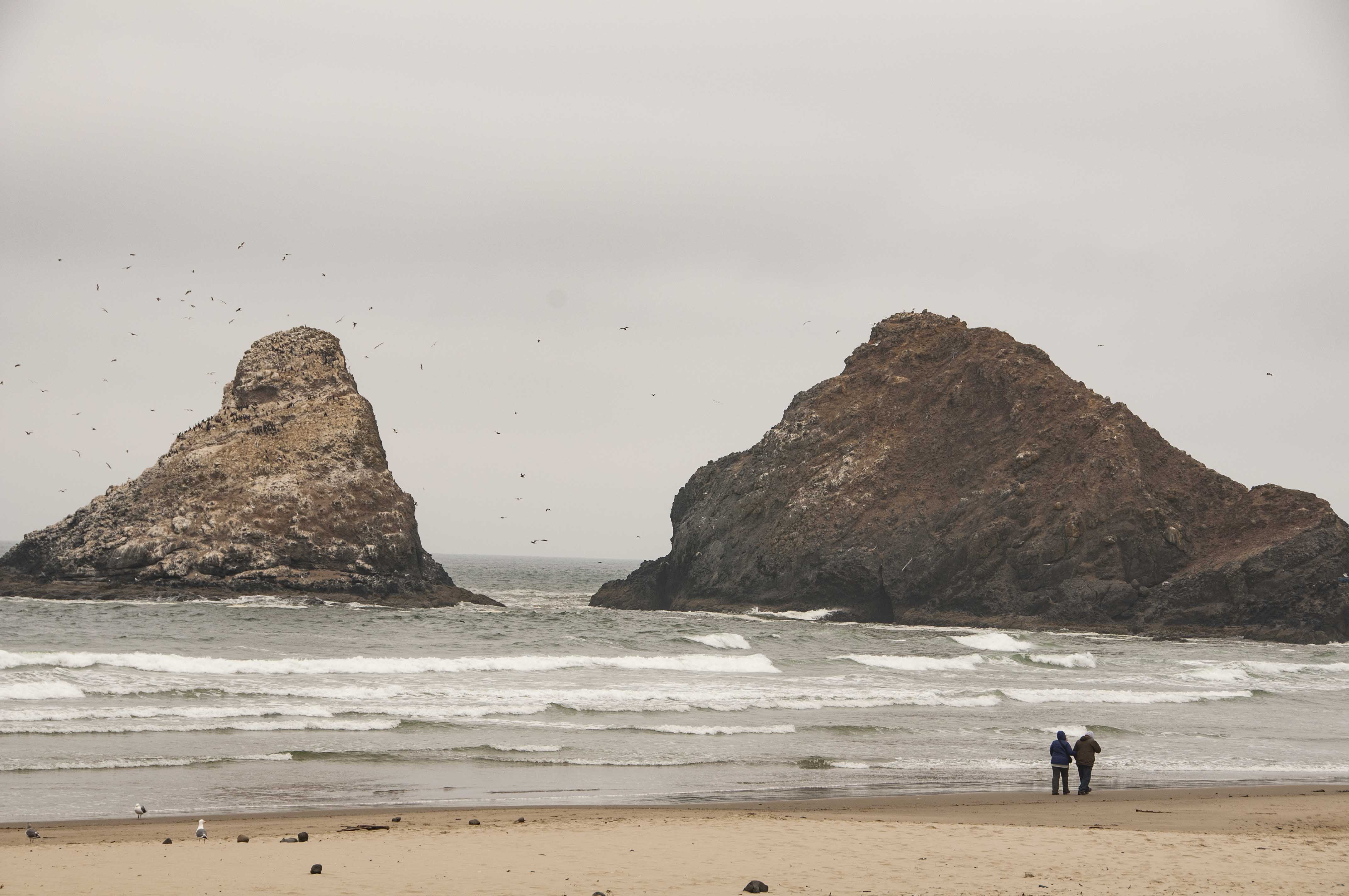 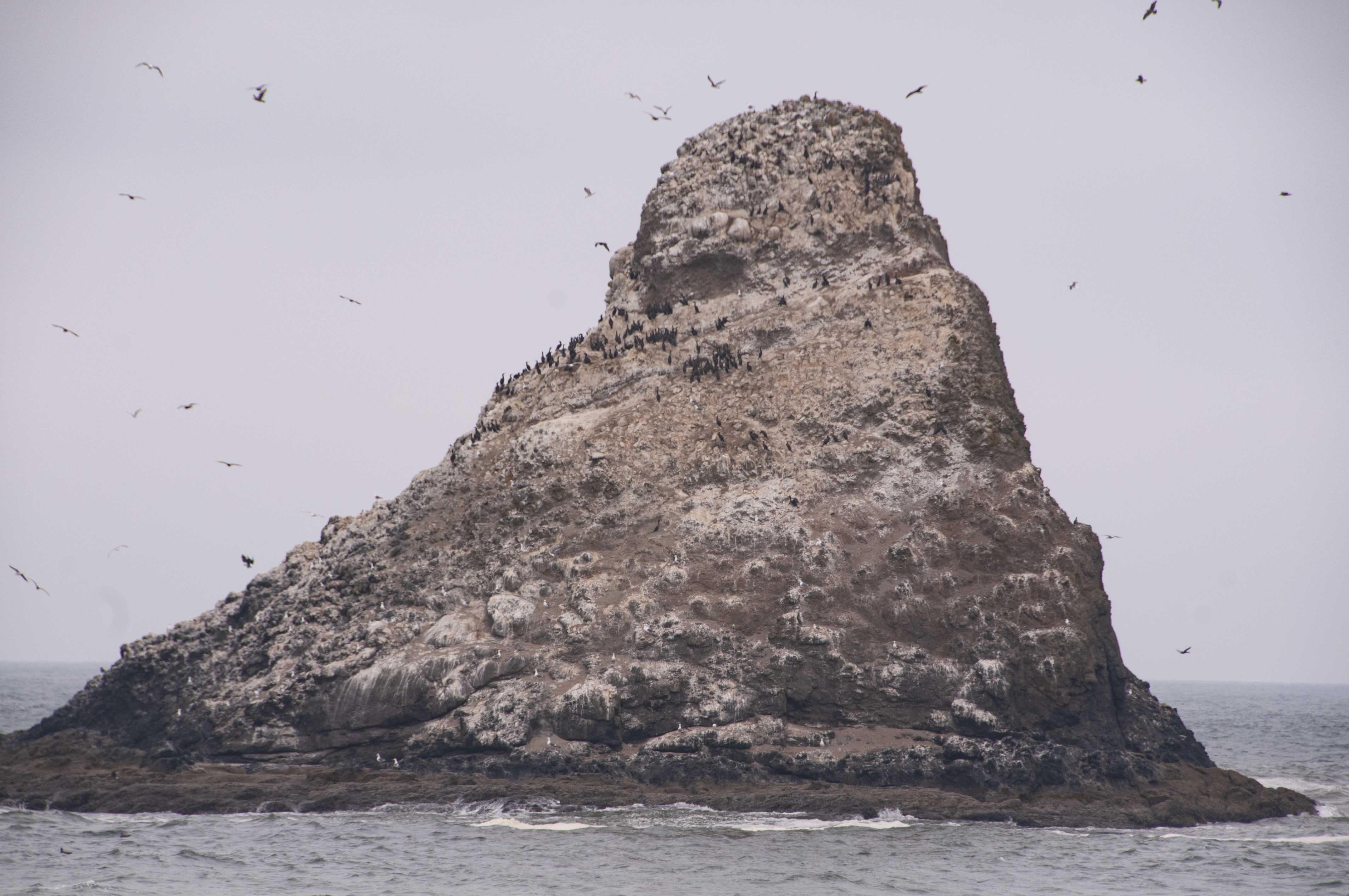 Could be pelagic cormorants

Cape Perpetua is located along US Hwy 101 about 2 miles south of Yachats, OR. Cape Perpetua is a northwest coastal headland that ends in a bluff which drops almost vertically into the Pacific Ocean. It’s part of the Siuslaw National Forest, and the Forest Service has designated it Cape Perpetua Scenic Area. The Cape Perpetua Visitor Center is located just off the highway. The Visitor Center has several cultural and wildlife displays, and a large deck with fantastic views of the ocean and surrounding areas on a clear day. It was not a clear day when I visited. There is also a short easy trail down to an area (Cape Perpetua Special Interest Area in government-speak) near the ocean where the lava rock has been eroded into small chasms and sea caves. If a sea cave develops a hole in its top it may become a spouting horn, with water forced out the hole in geyser-like fashion by strong tidal surges. One such spouting horn is located here. Thor's Well is also located here. Thor's Well is a collapsed sea cave that appears to suck in large amounts of sea water and then spit it back out, sometimes 10 to 20 feet into the air. The best time to observe these phenomena is an hour before to an hour after high tide. Naturally I arrived just a little too early or late, not sure which. 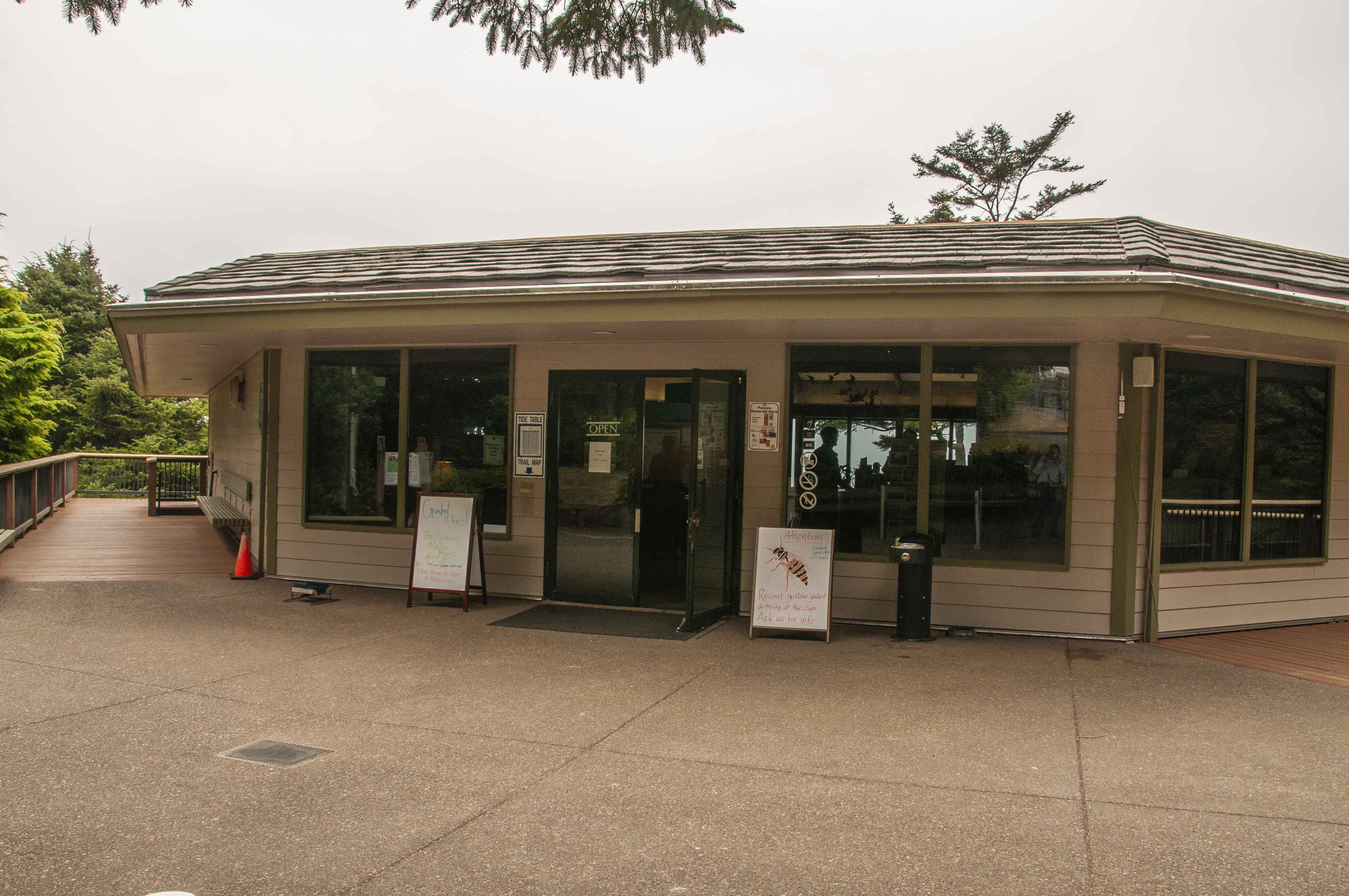 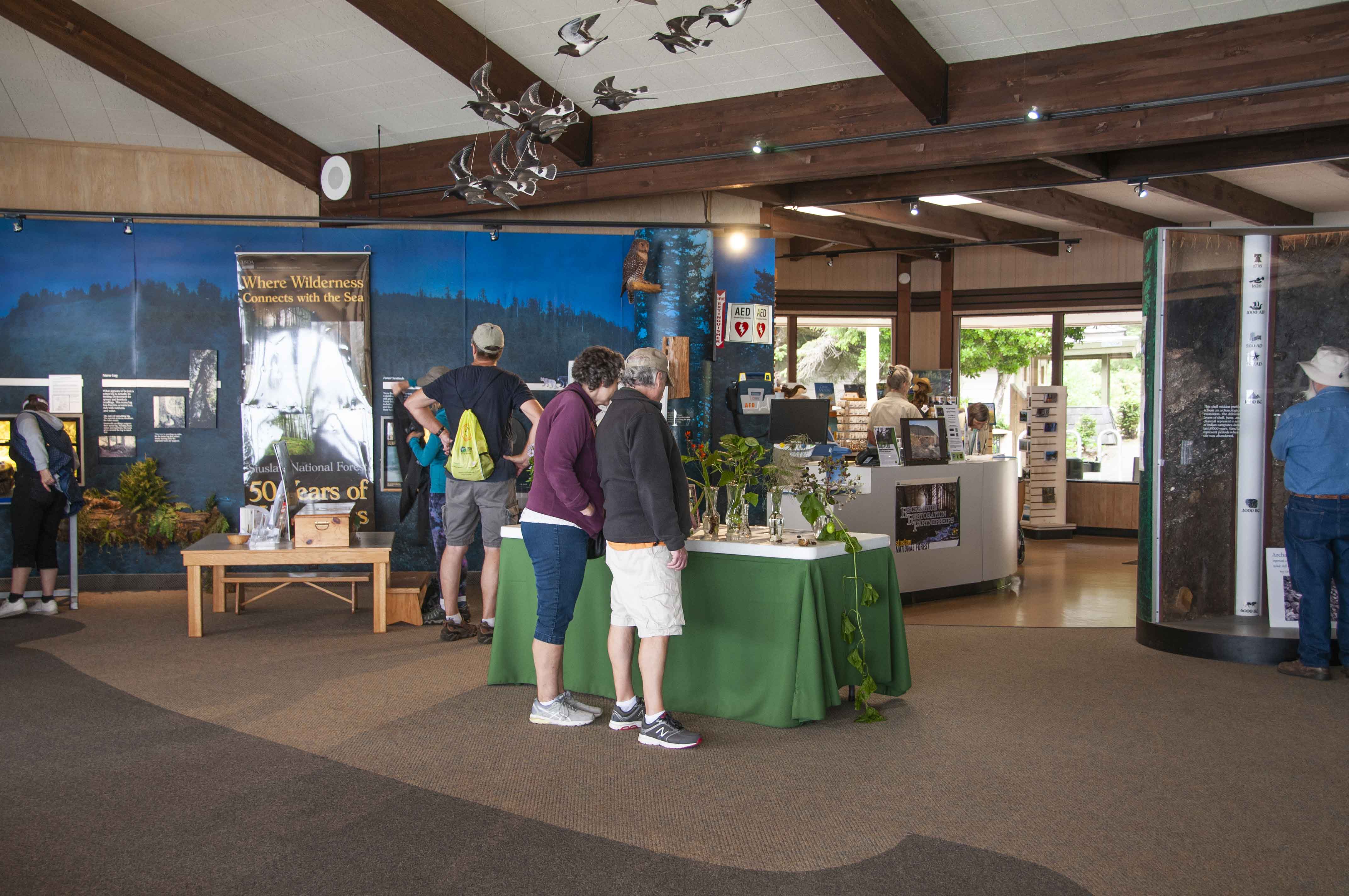 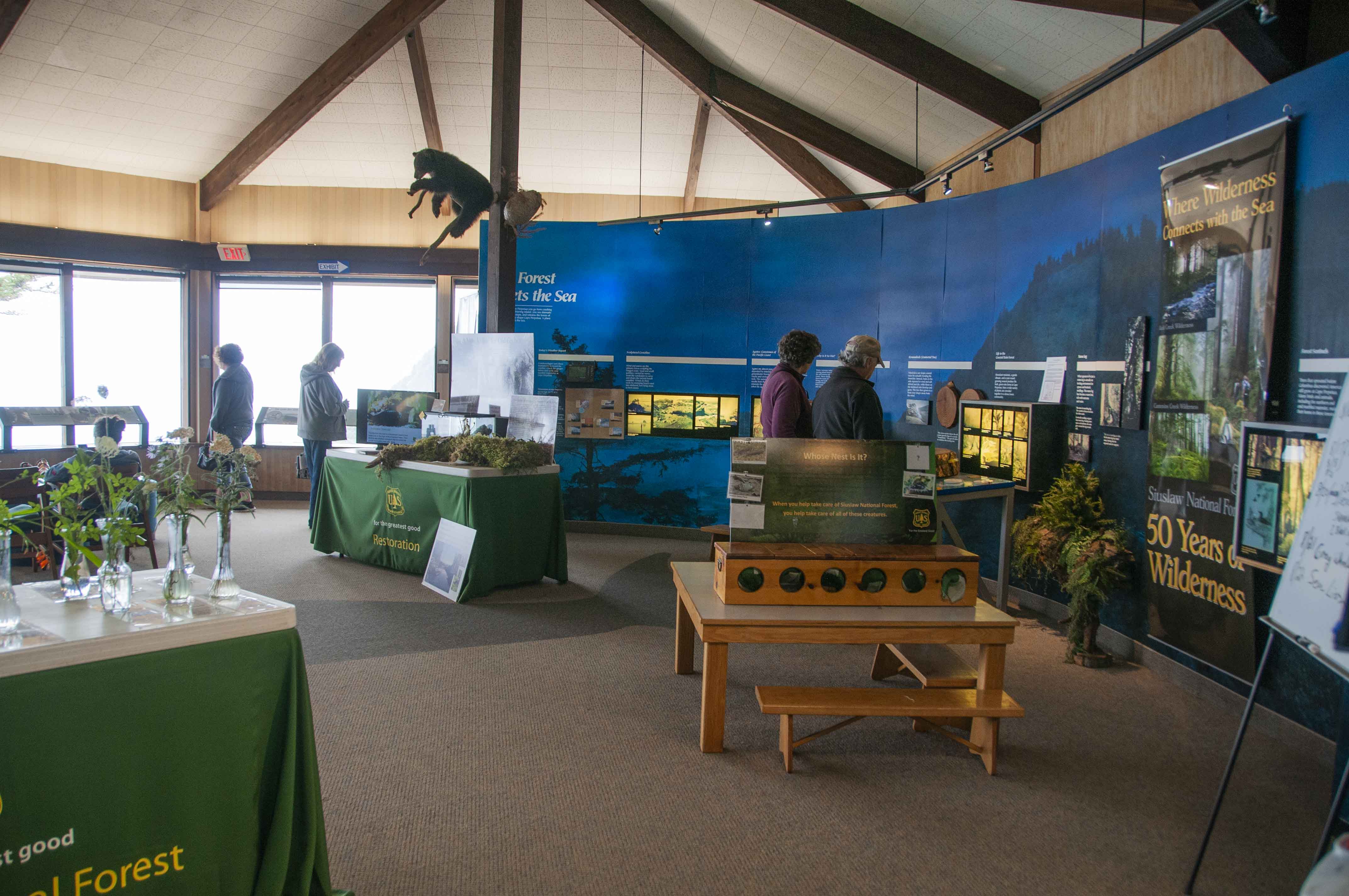 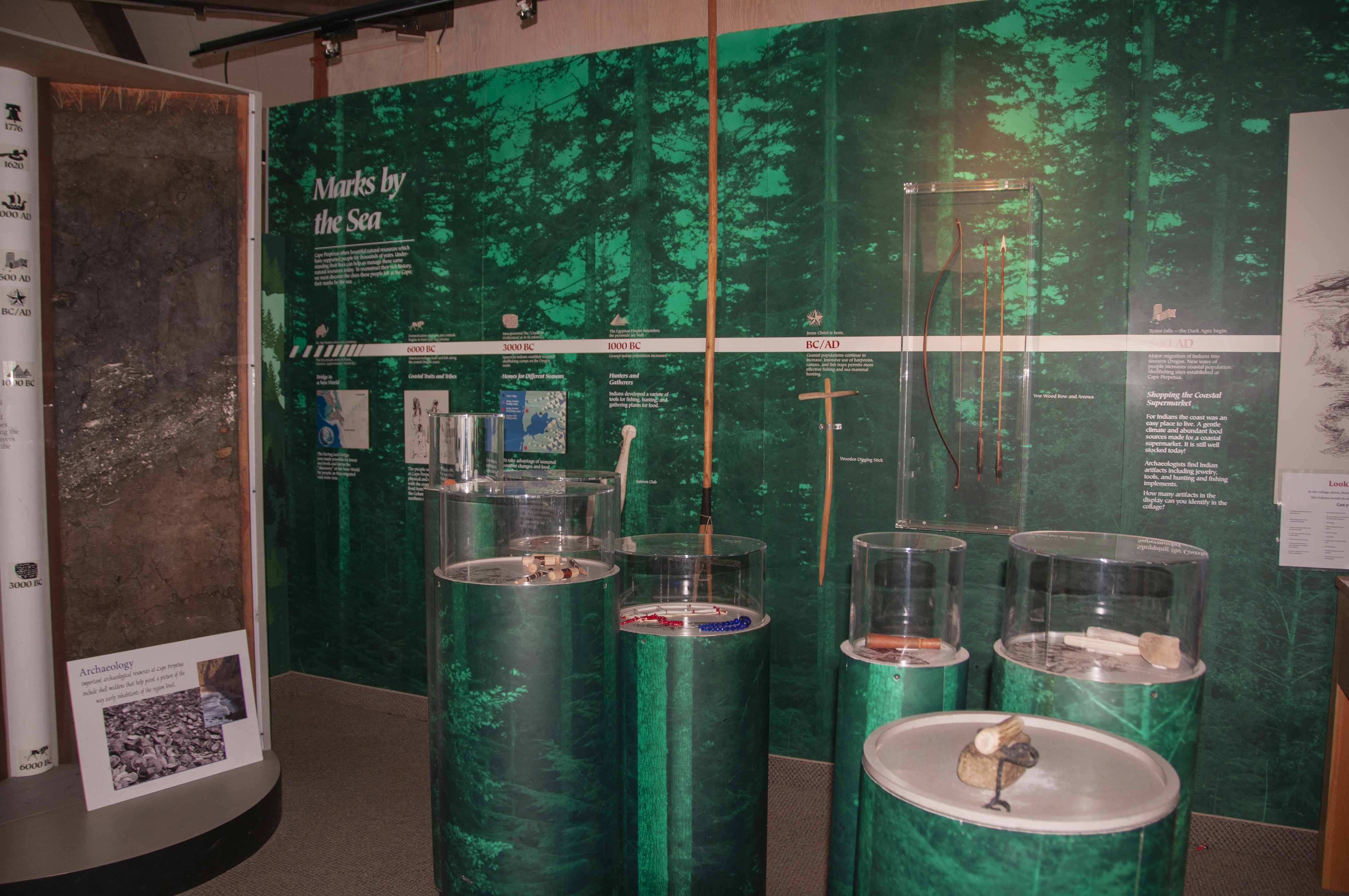 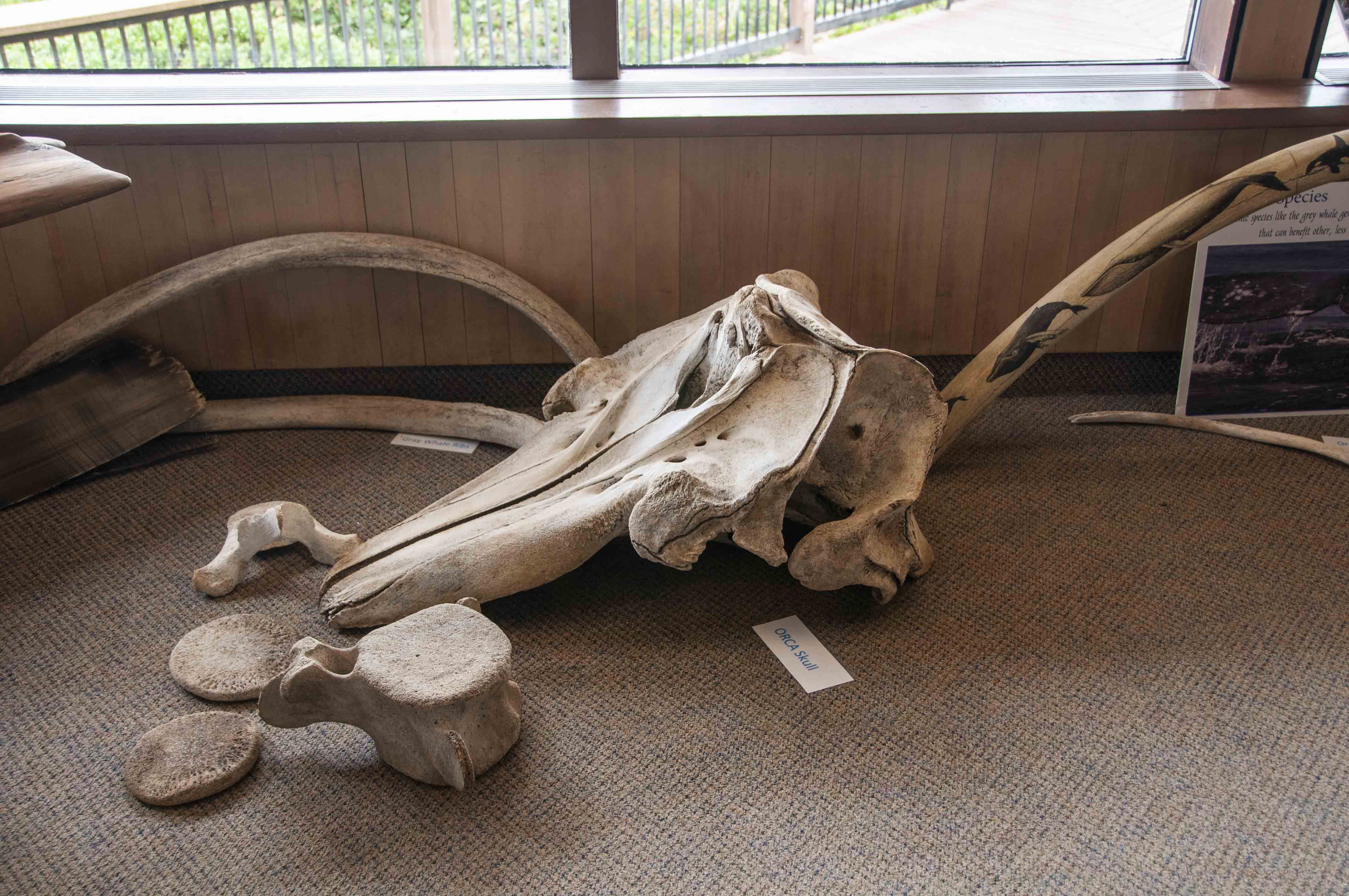 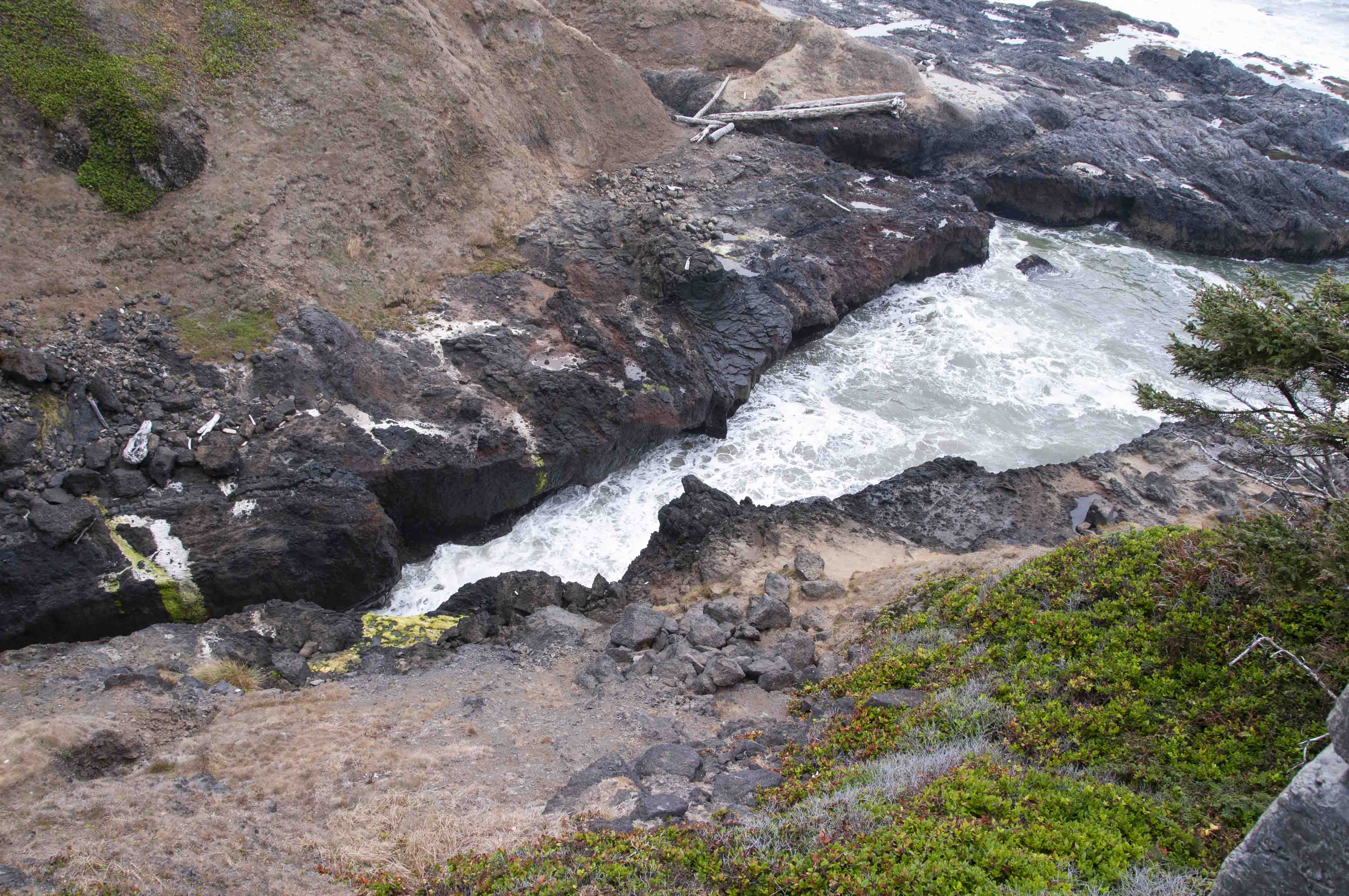 Surf surge in a rock chasm 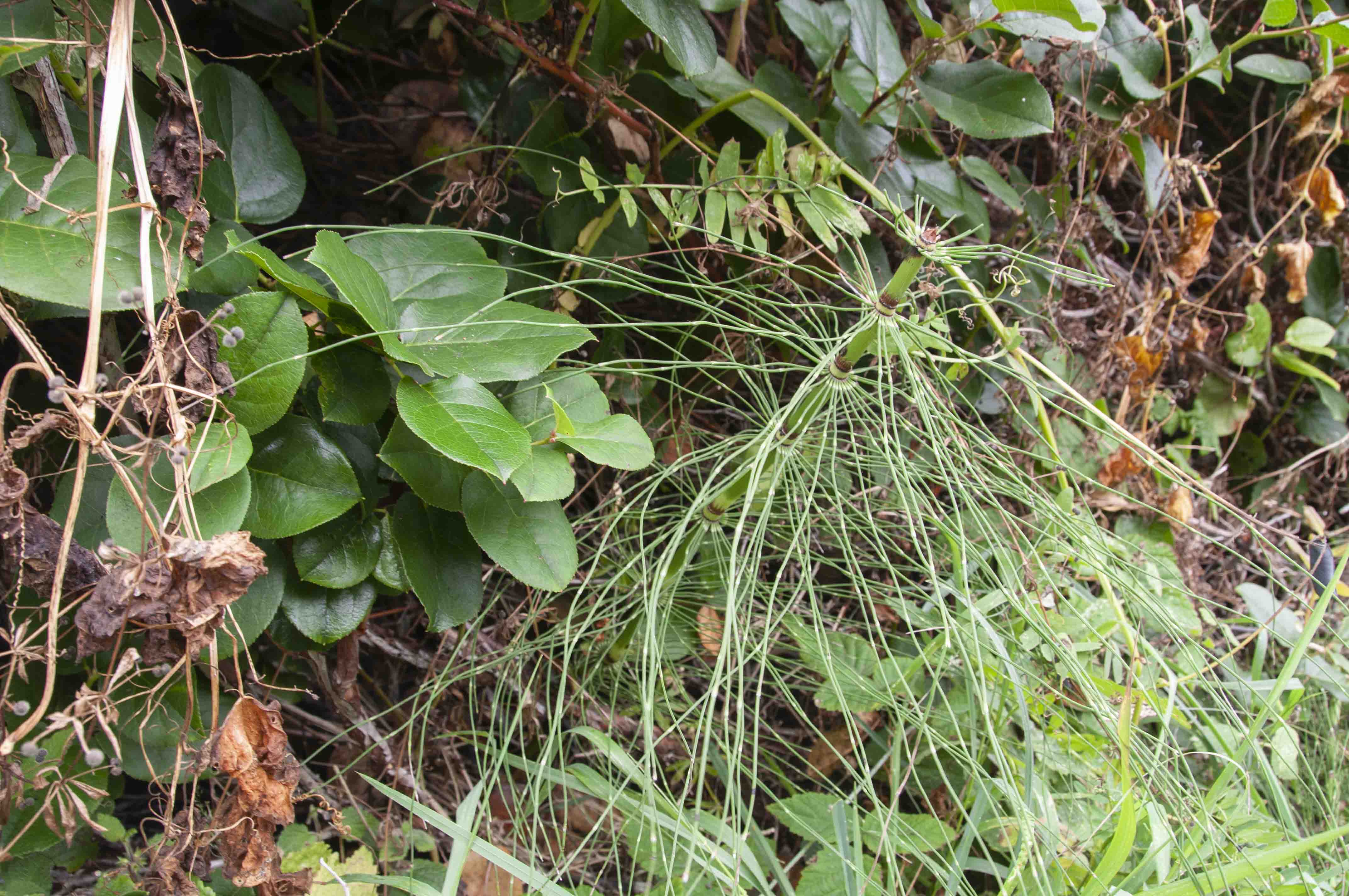 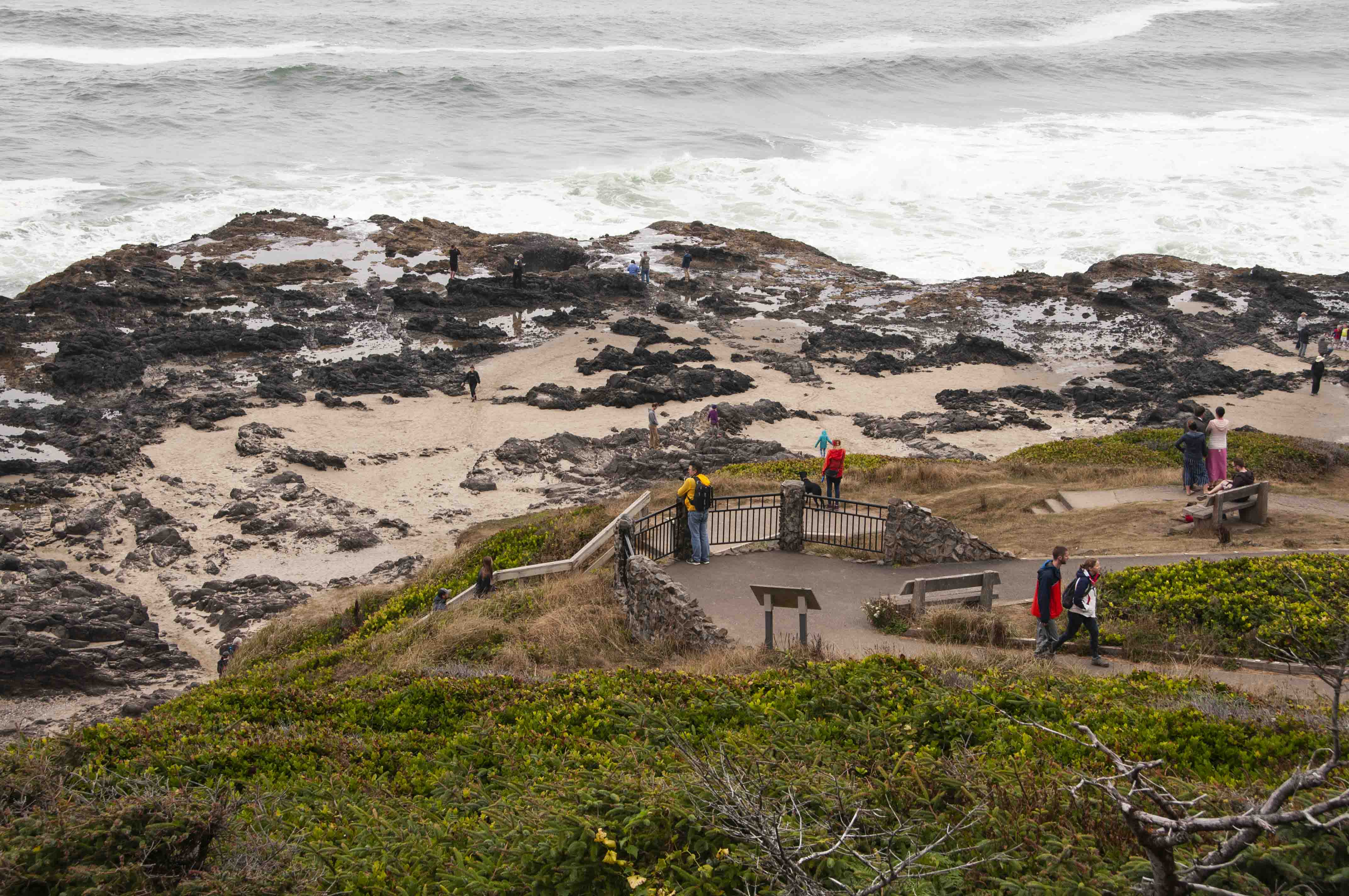 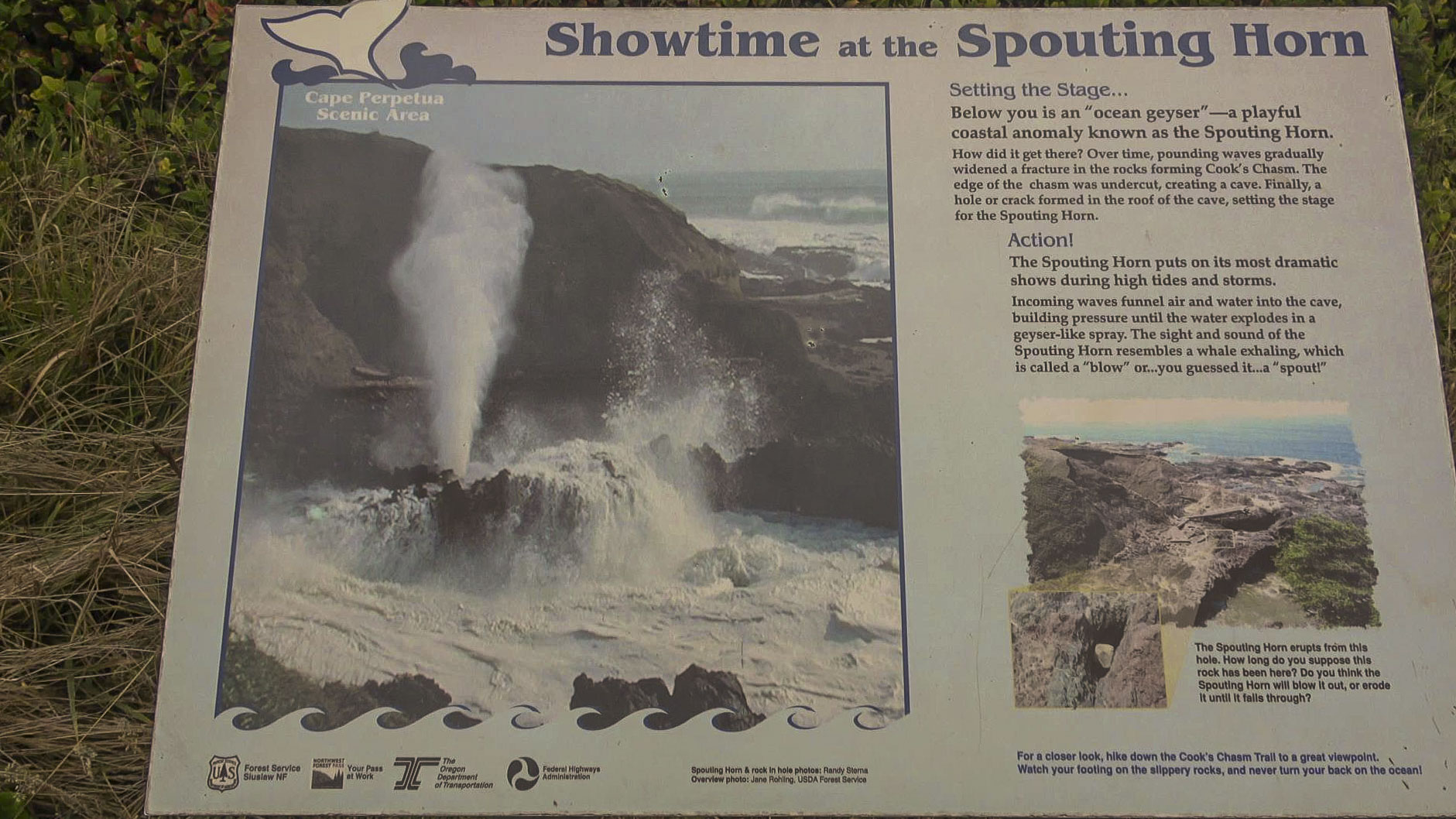 Surf on the rocks