Beatty is located in southern Nevada, about 120 miles northwest of Las Vegas. Beatty is only 8 miles east of Death Valley National Park, and the town bills itself as the "Gateway to Death Valley". NV SR 374 connects the two. Beatty was born in 1905 and served as a railway nexus for operations in the Bullfrog Mining District. Once the gold and silver played out, Beatty went into a bit of a funk. The town's economy picked up again in the 1940s with the establishment of Nellis Air Force Base and other military installations in the area, and the town began catering to Death Valley tourists. It also seems to be a popular stop for truckers travelling US Hwy 95. Beatty is definitely not another yuppieville; as far as I could tell the best restaurant in town might be Denny's located in the Stagcoach casino. One thing that really intrigued me is Beatty's urban donkey population - I've included several photos. 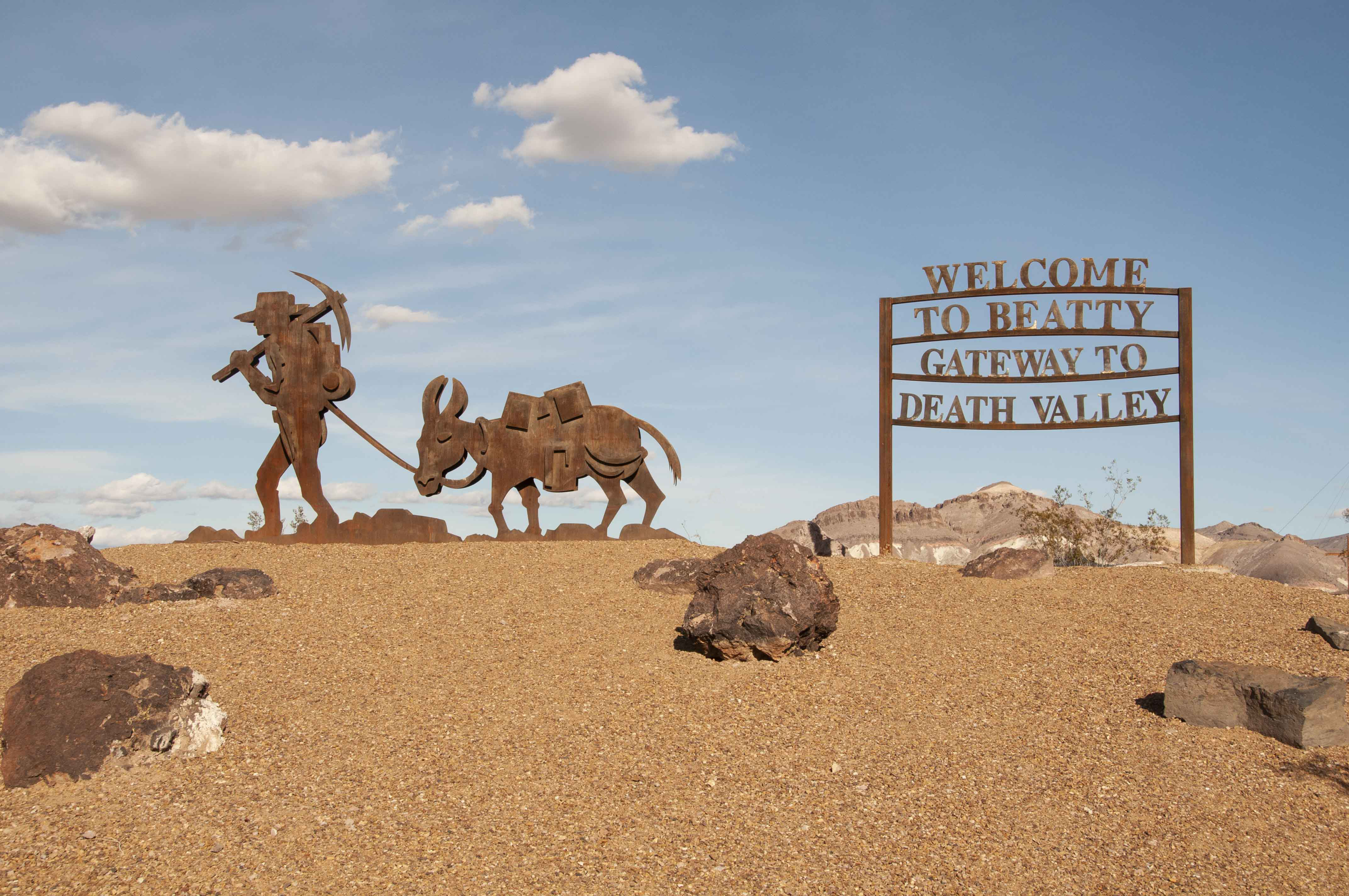 Mural along US Hwy 95 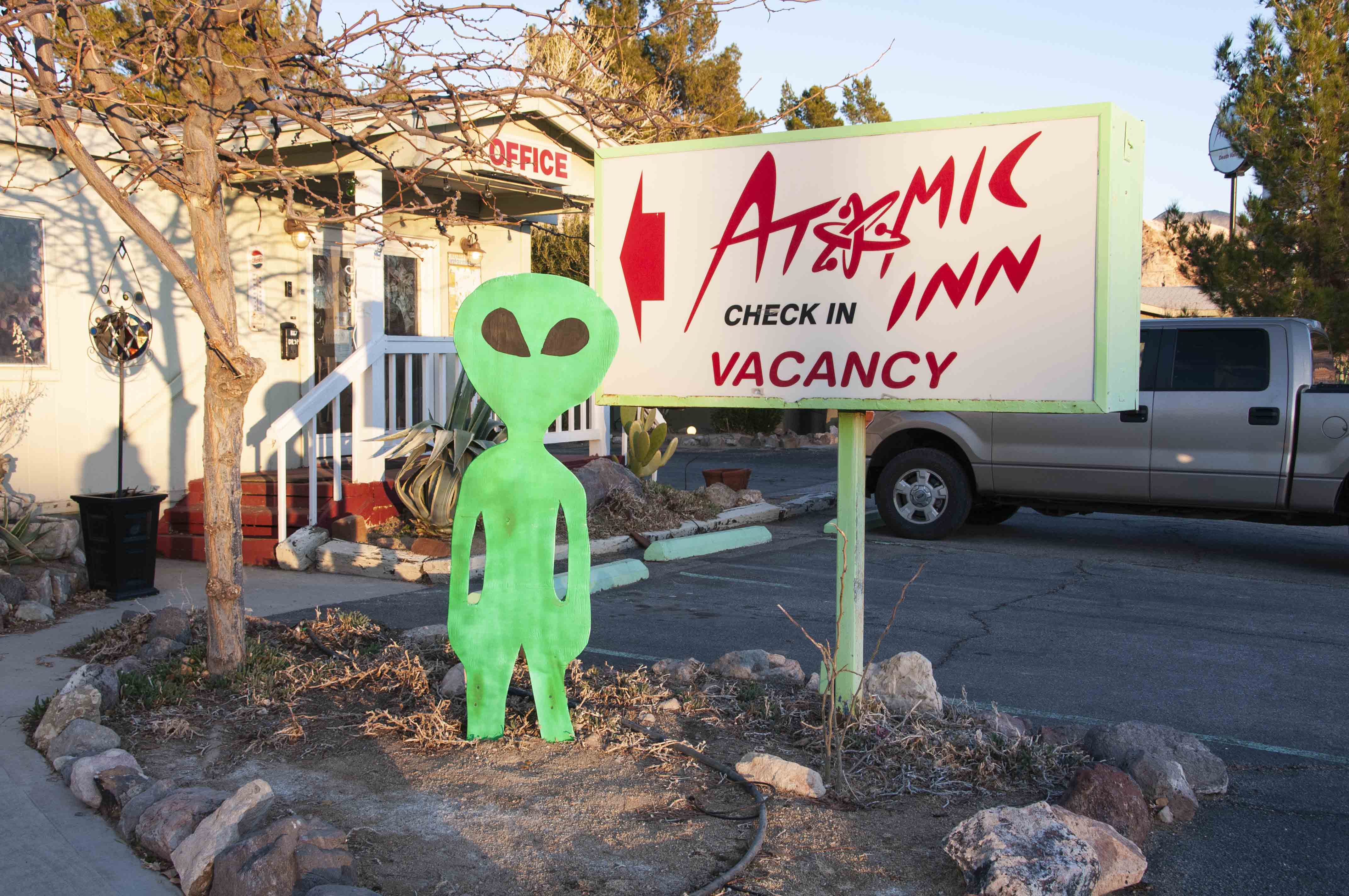 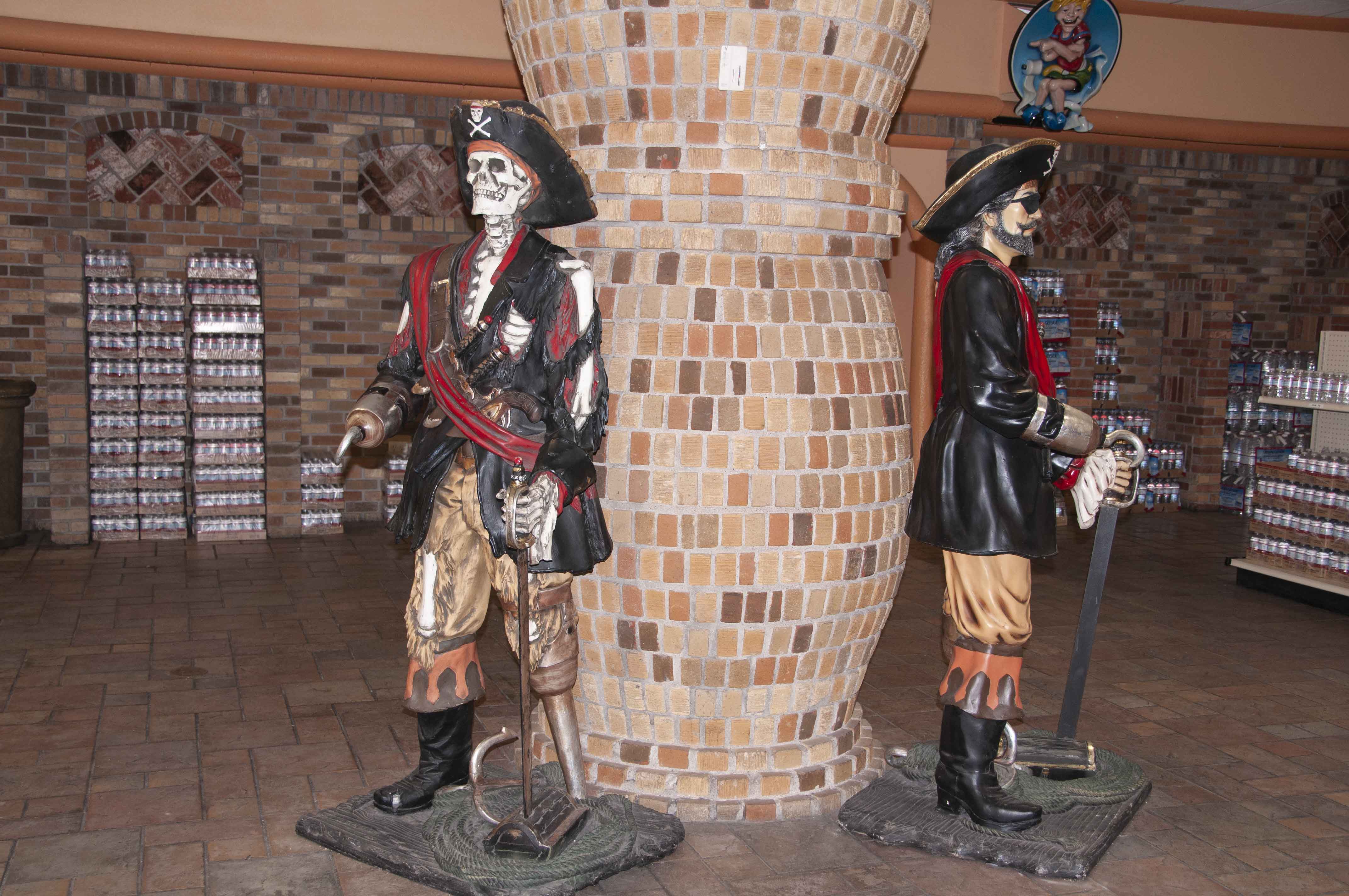 Hanging out in
Death Valley Nut and Candy 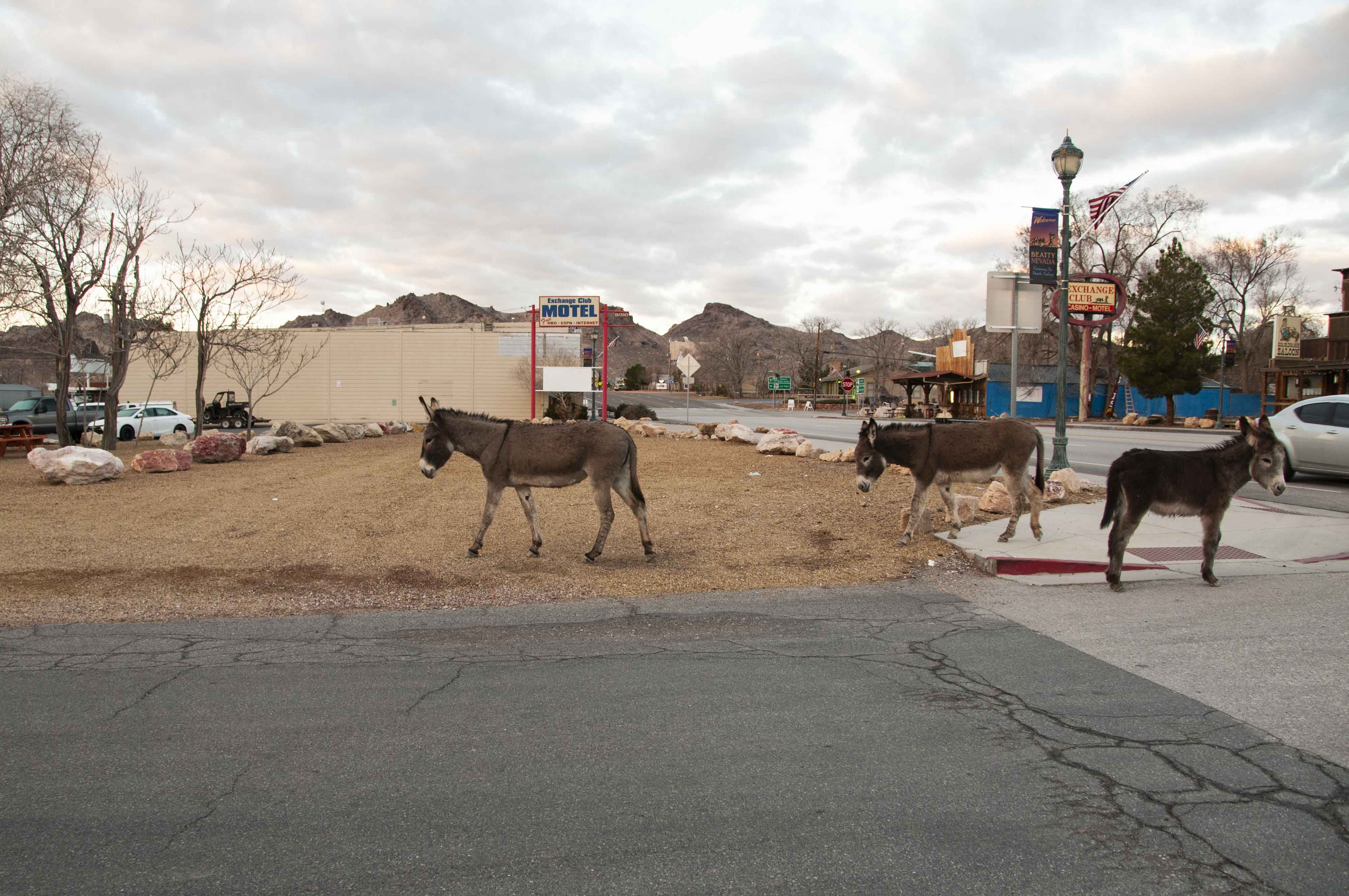 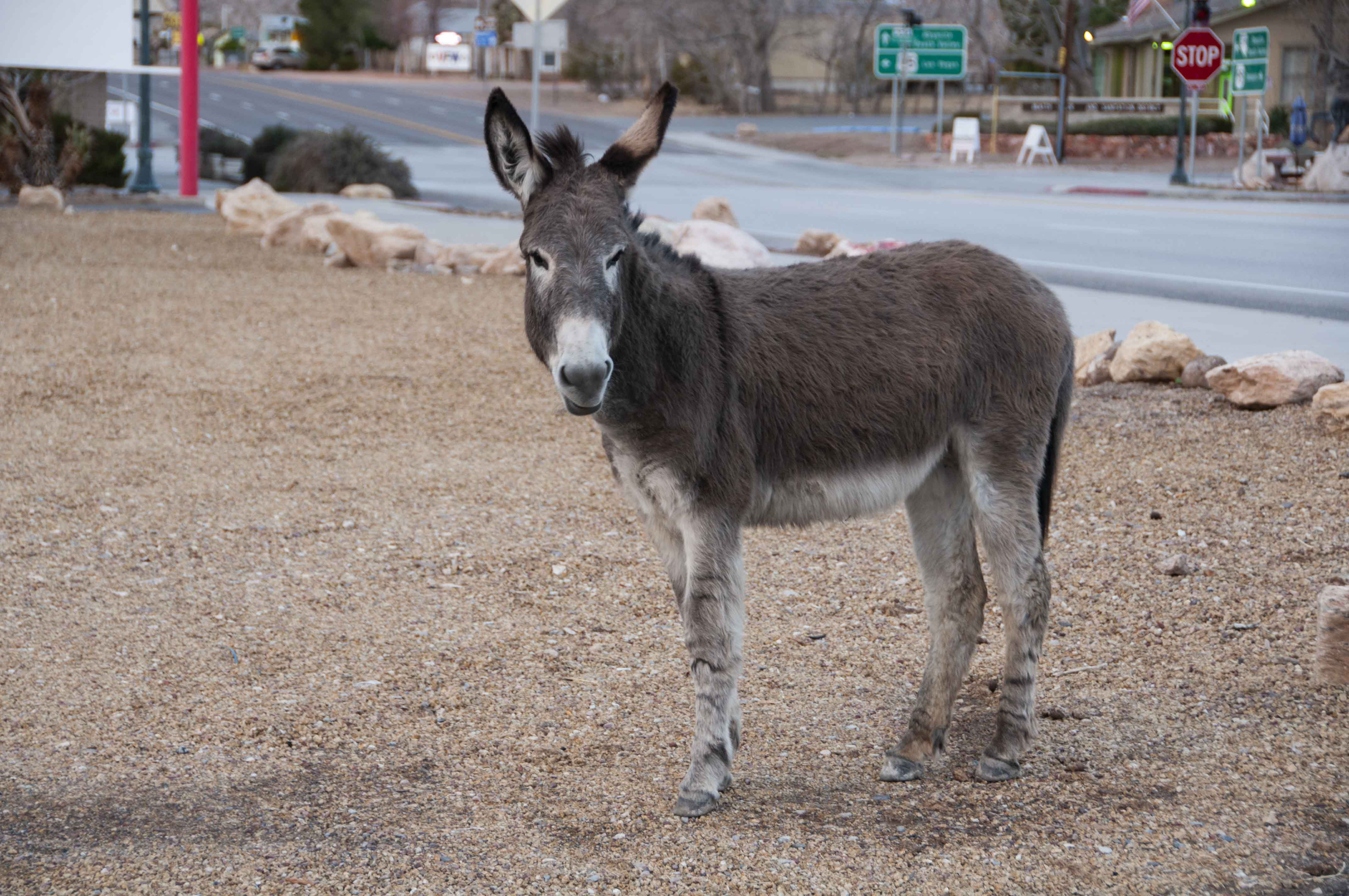 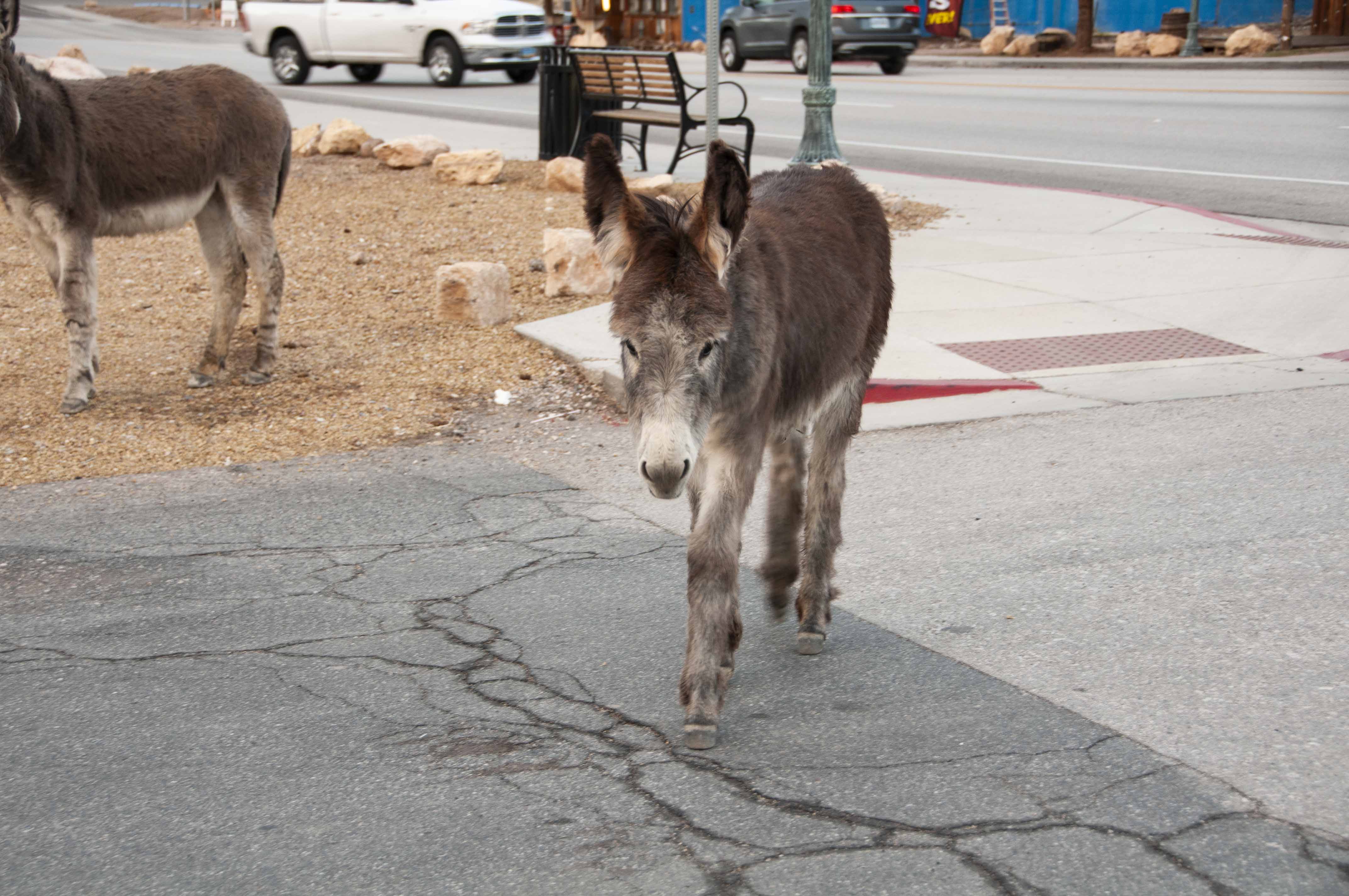 Up close and personal

A lot of donkeys

Background material obtained from Wikipedia.
Use the form on the Home Page to submit comments, questions, or suggestions.  TD Productions Copyright © 2019