Anaconda was founded by Marcus Daly, one of the Copper Kings, who financed the construction of the Anaconda Smelter (aka Washoe Smelter) to process copper ore from the Butte mines. The town of Anaconda that grew around the smelter was incorporated in 1887. Daly wanted the town named Copperopolis, but the name was already taken, so the postmaster, Clinton Moore, suggested the name, Anaconda, instead. When Montana became a state in 1889, Daly lobbied hard for Anaconda to become the state capital, but lost his bid to rival Copper King, William Clark, who wanted Helena as state capital. In 1891 the Butte, Anaconda & Pacific Railway was constructed to carry ore from Butte to the Anaconda smelter. Marcus Daly died in 1900, but the town and smelter lived on. From 1885 to 1980, the smelter was one of Anaconda's largest employers, providing well-paying jobs for many of its citizens.

Alantic Richfield Company bought the Anaconda Company in 1977, and closed the smelter in 1980. Twenty-five percent of Anaconda's workforce lost their jobs. The town has slowly recovered and, like so many other old west mining towns, is trying to convert to a tourism based economy. The 300 square mile area around the Smelter was named a Superfund site in 1983. Since then, an environmental cleanup plan has been developed by the federal Environmental Protection Agency and executed with the assistance of ARCO. The smelter itself was torn down in the 1980s as part of the cleanup, but the smokestack still stands.

I got to Anaconda in August of 2021 and took a walking tour of the town to photograph some of its historic buildings. Many of the buildings are presented below. 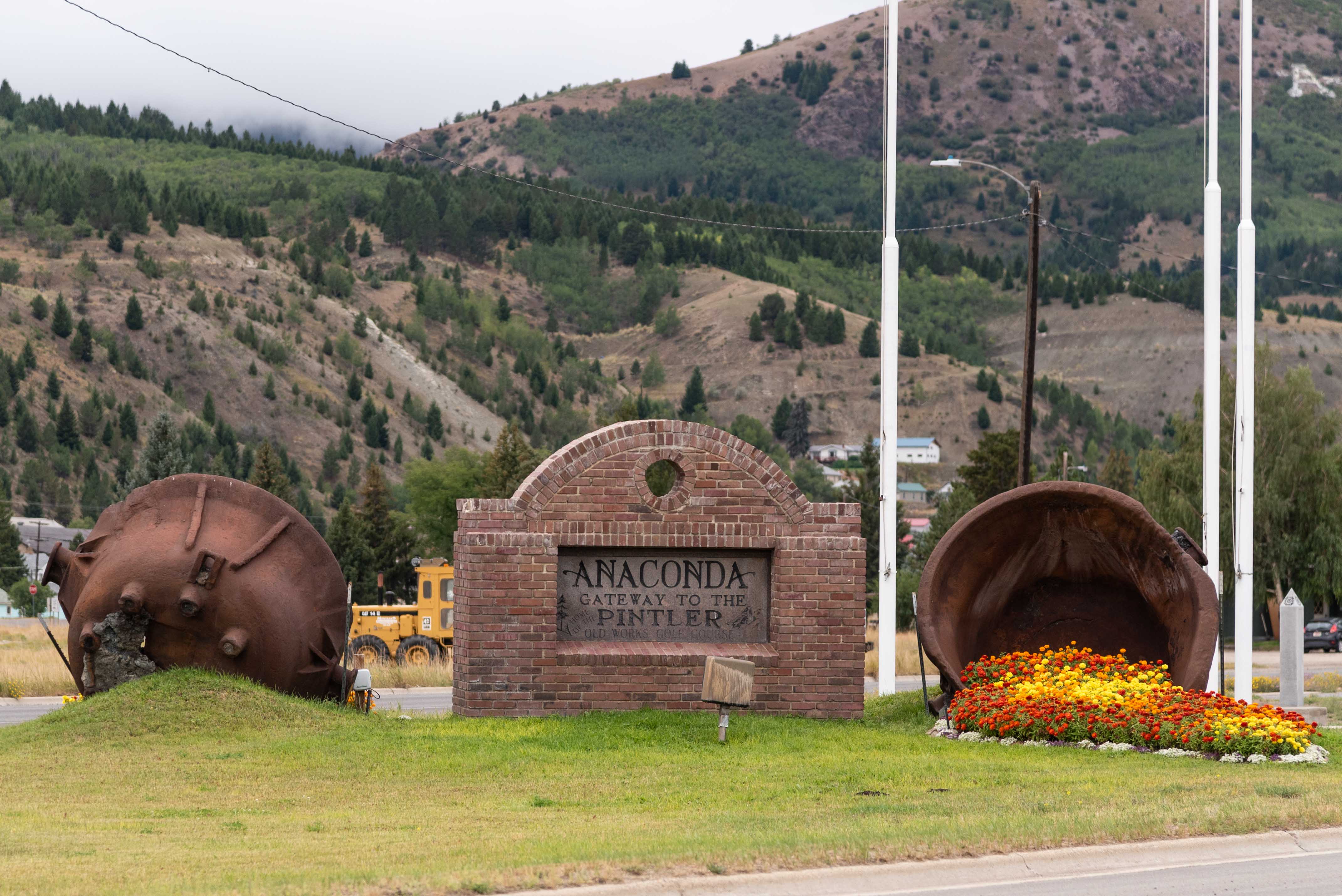 Welcome to Anaconda - Gateway to the Pintler 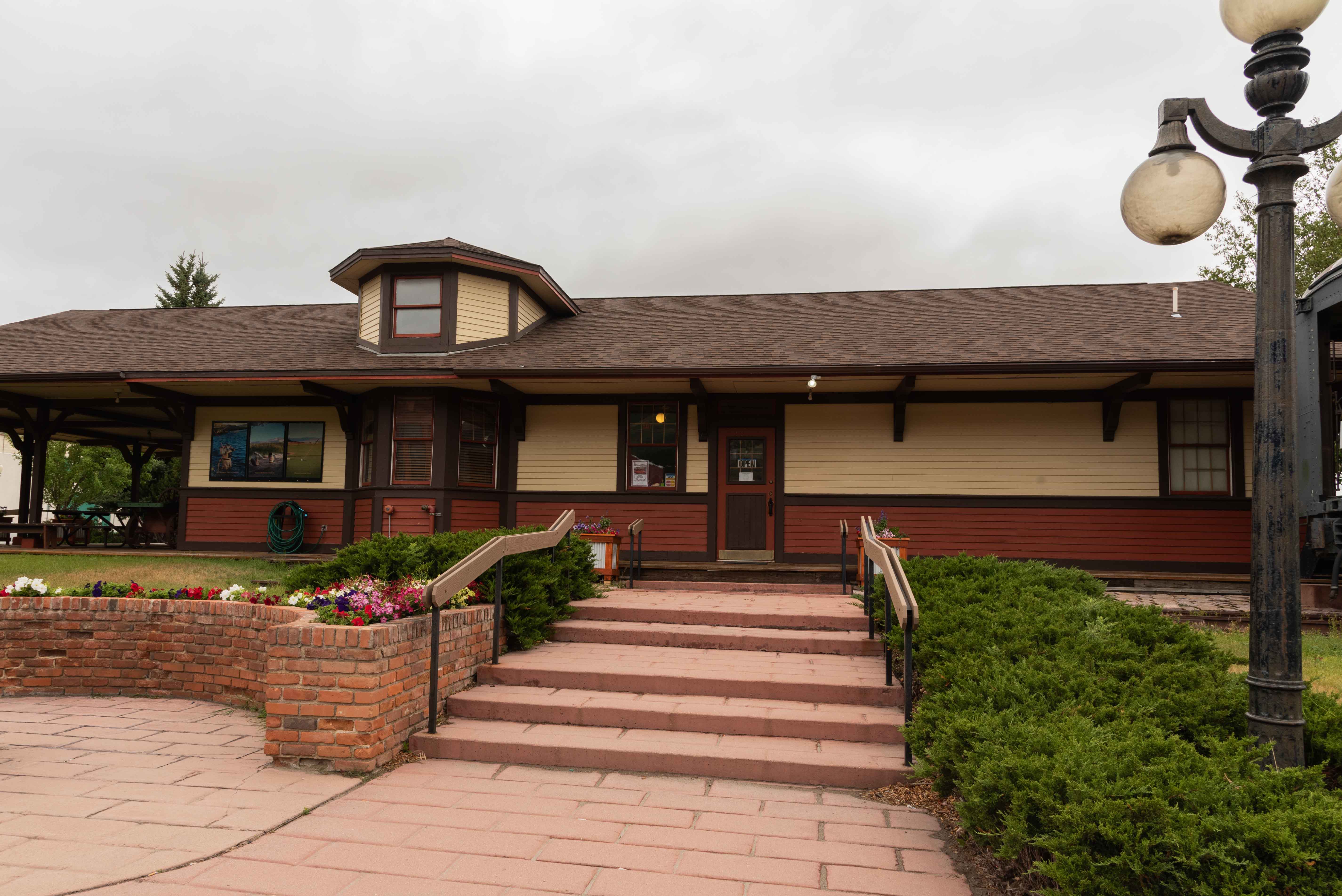 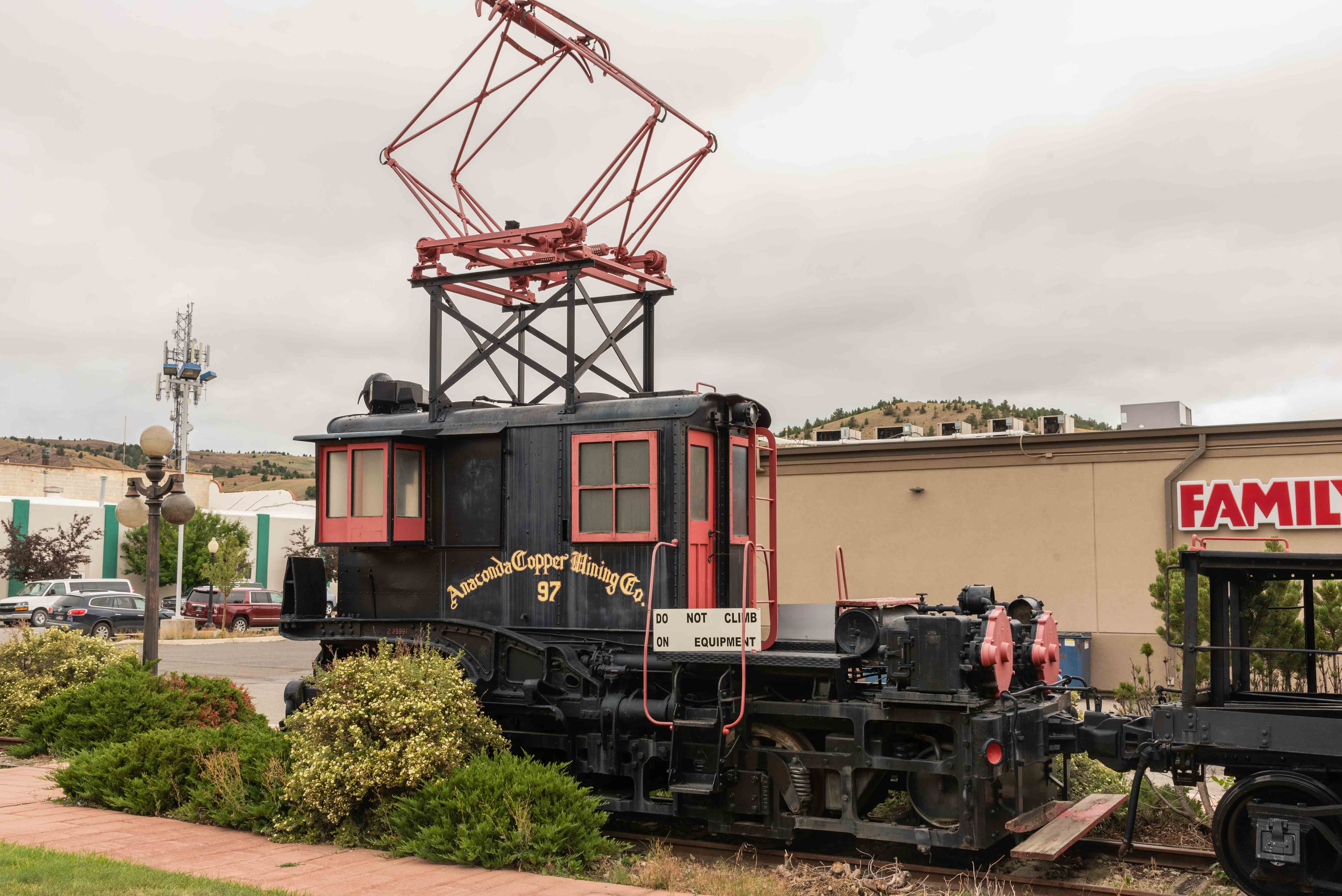 The Anaconda City Hall was built in 1895. It was built in Late Victorian style using local materials: Anaconda pressed brick, granite, and Anaconda copper trim. The building was abandoned when the city administration moved to the county courthouse. The courthouse was saved from demolition by a coaliton of Anacondans, and was listed on the National Register of Historic Places in 1979. Restoration began in 1982, and it now houses the Copper Village Museum and Art Center. 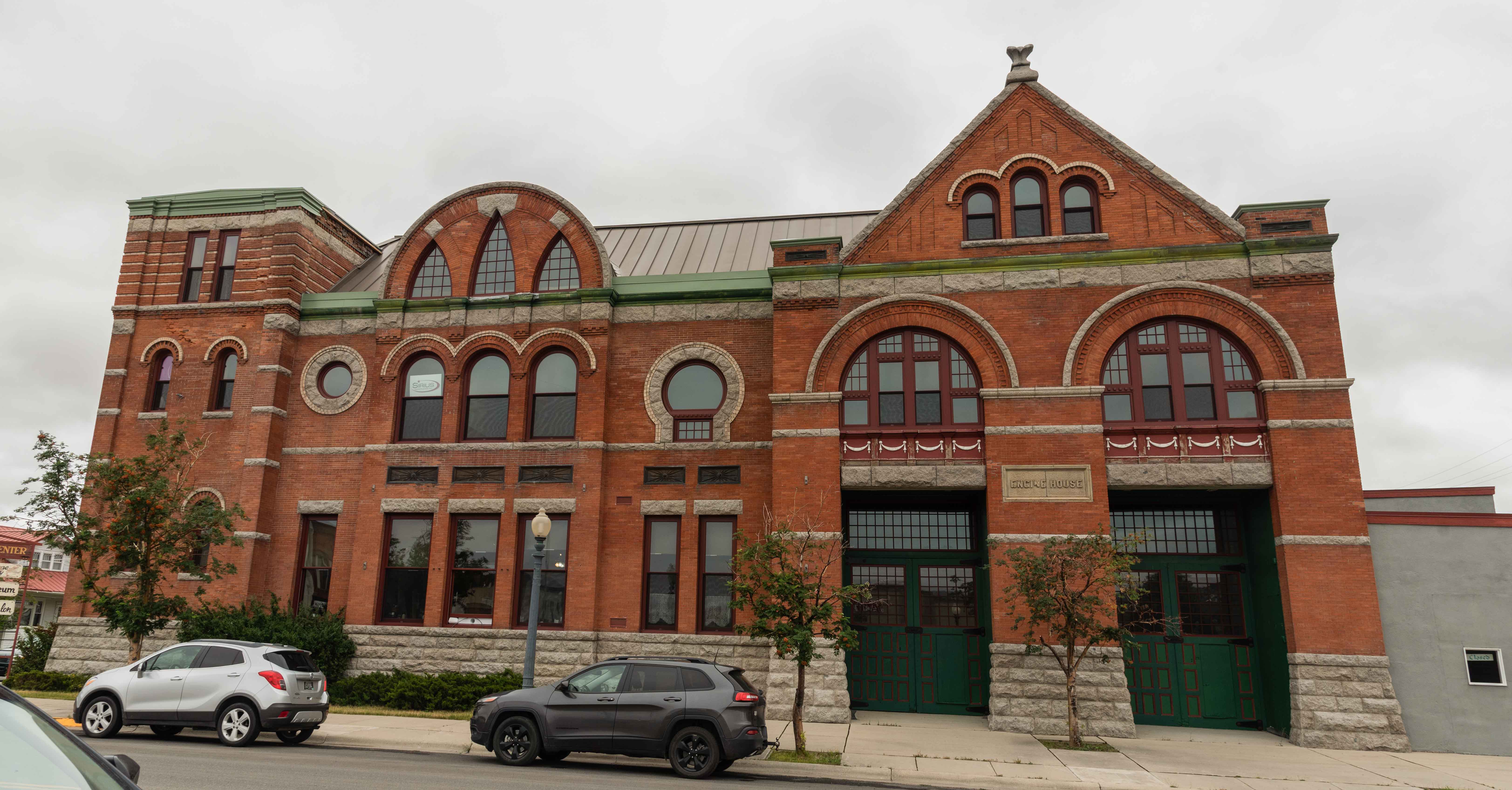 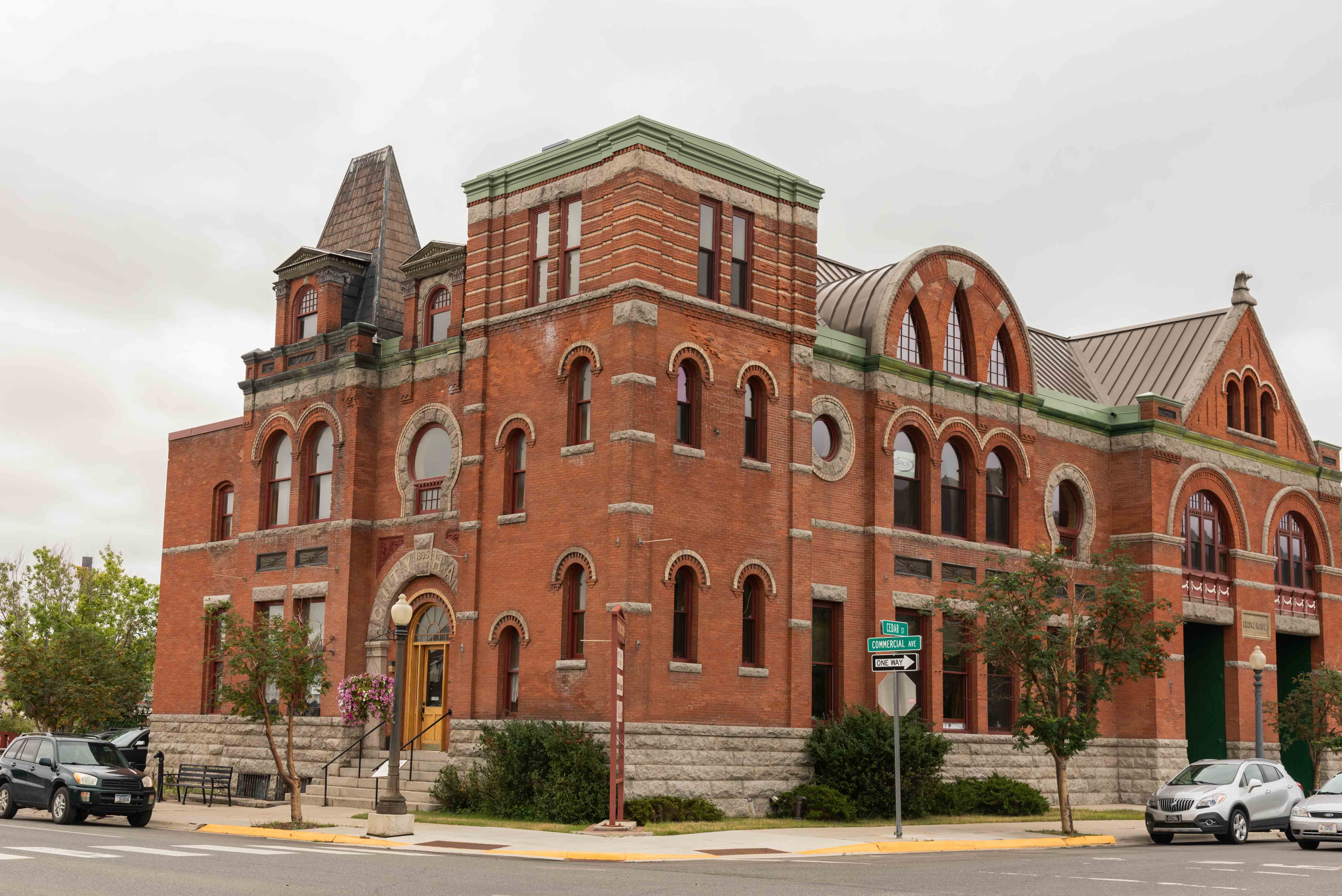 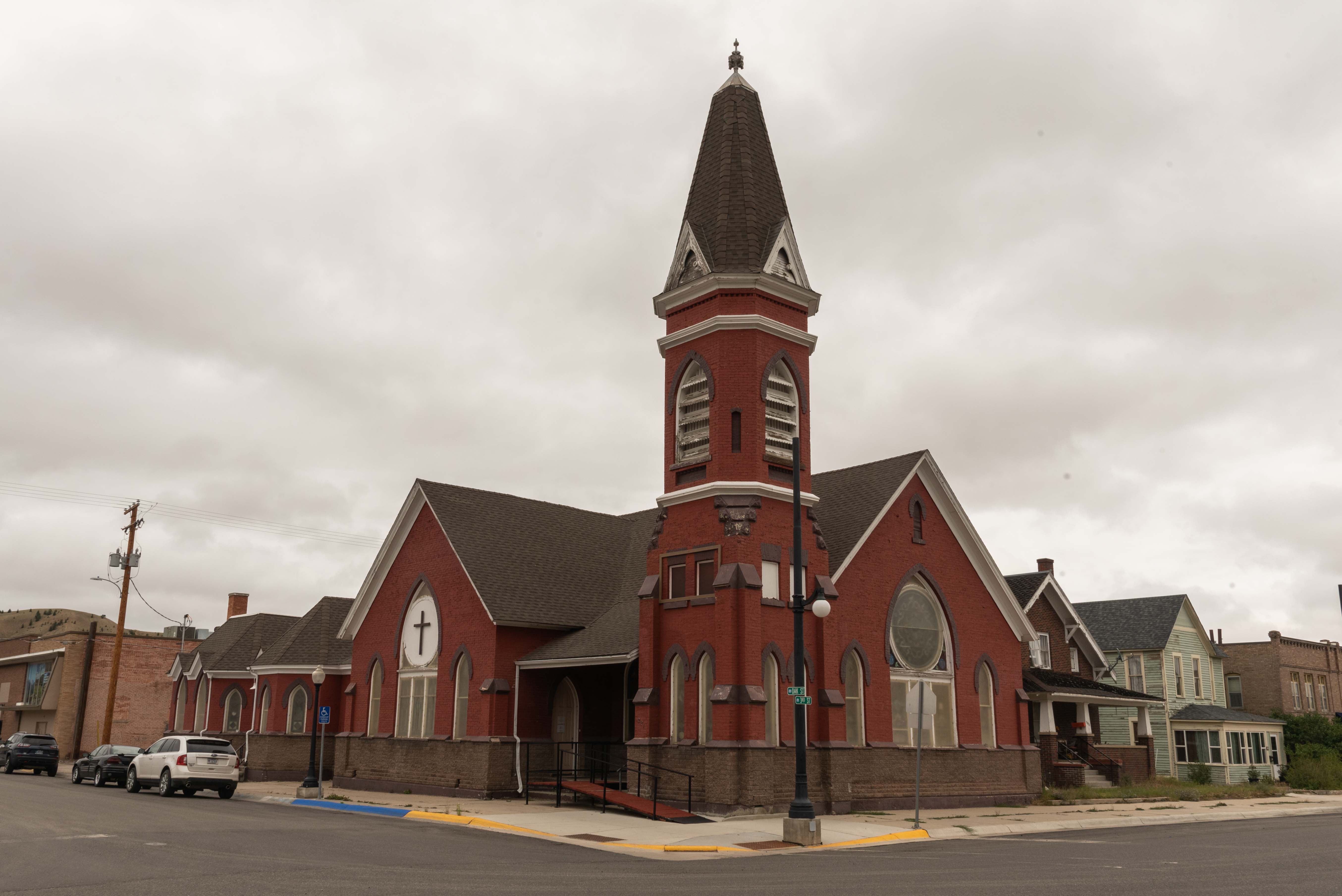 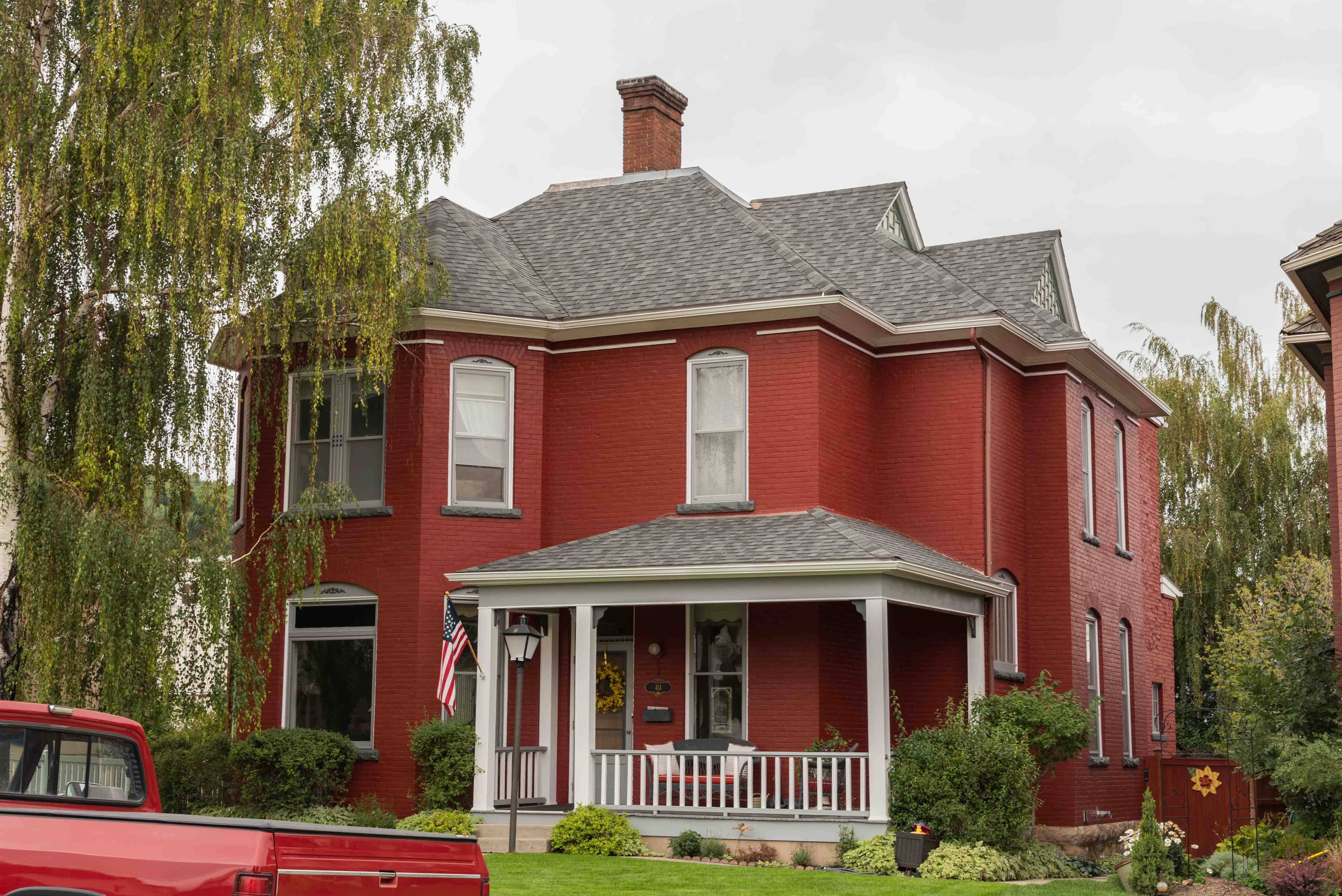 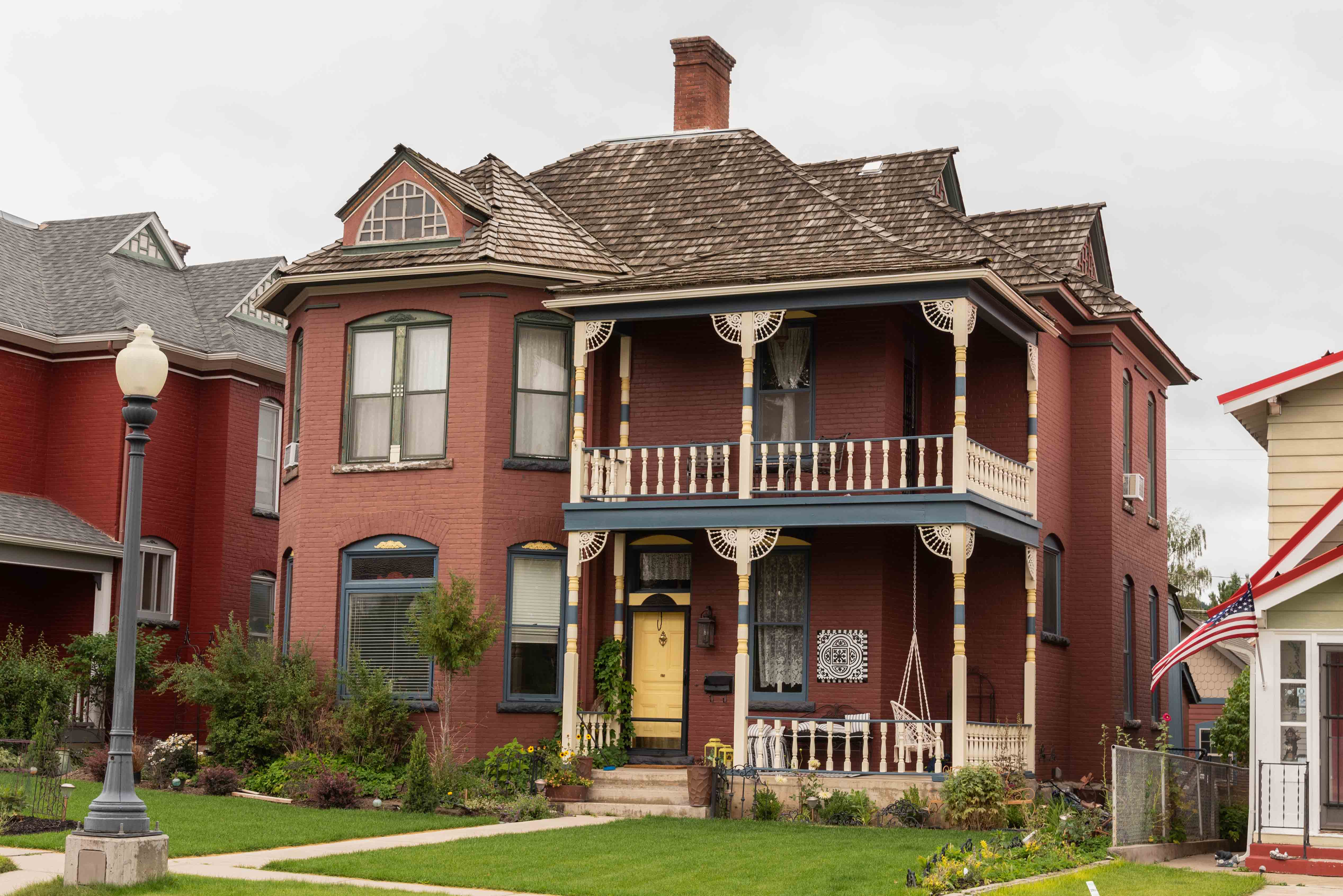 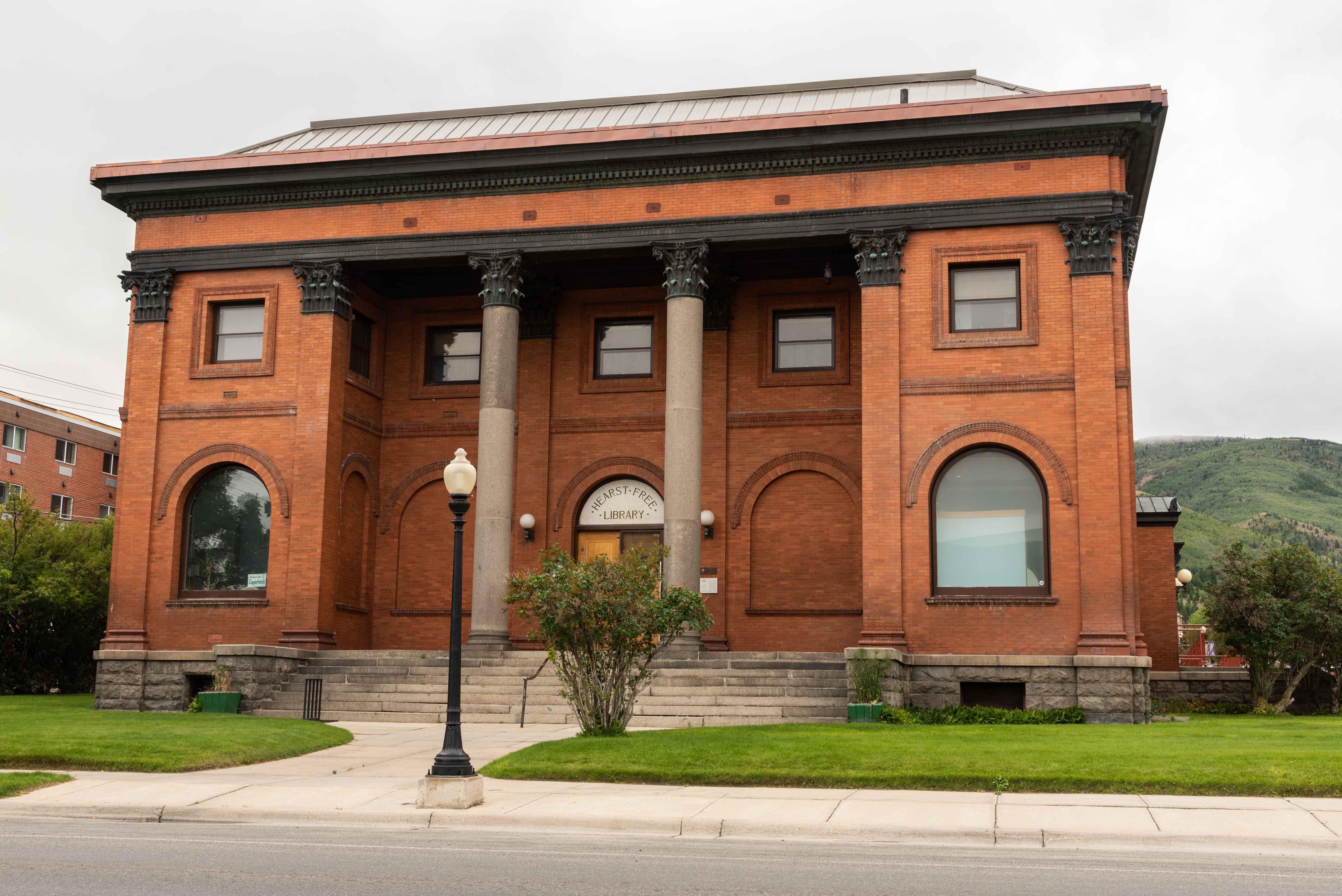 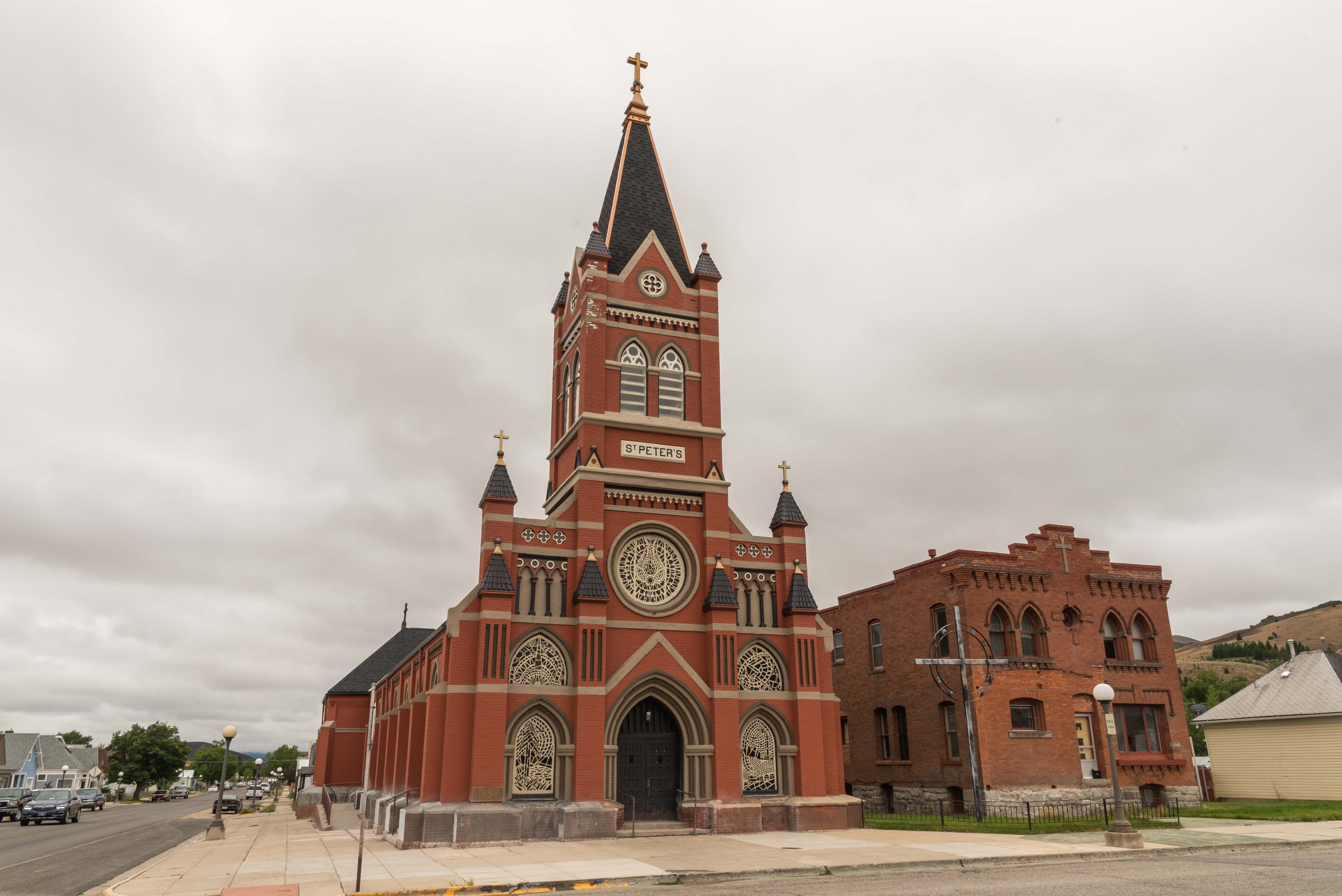 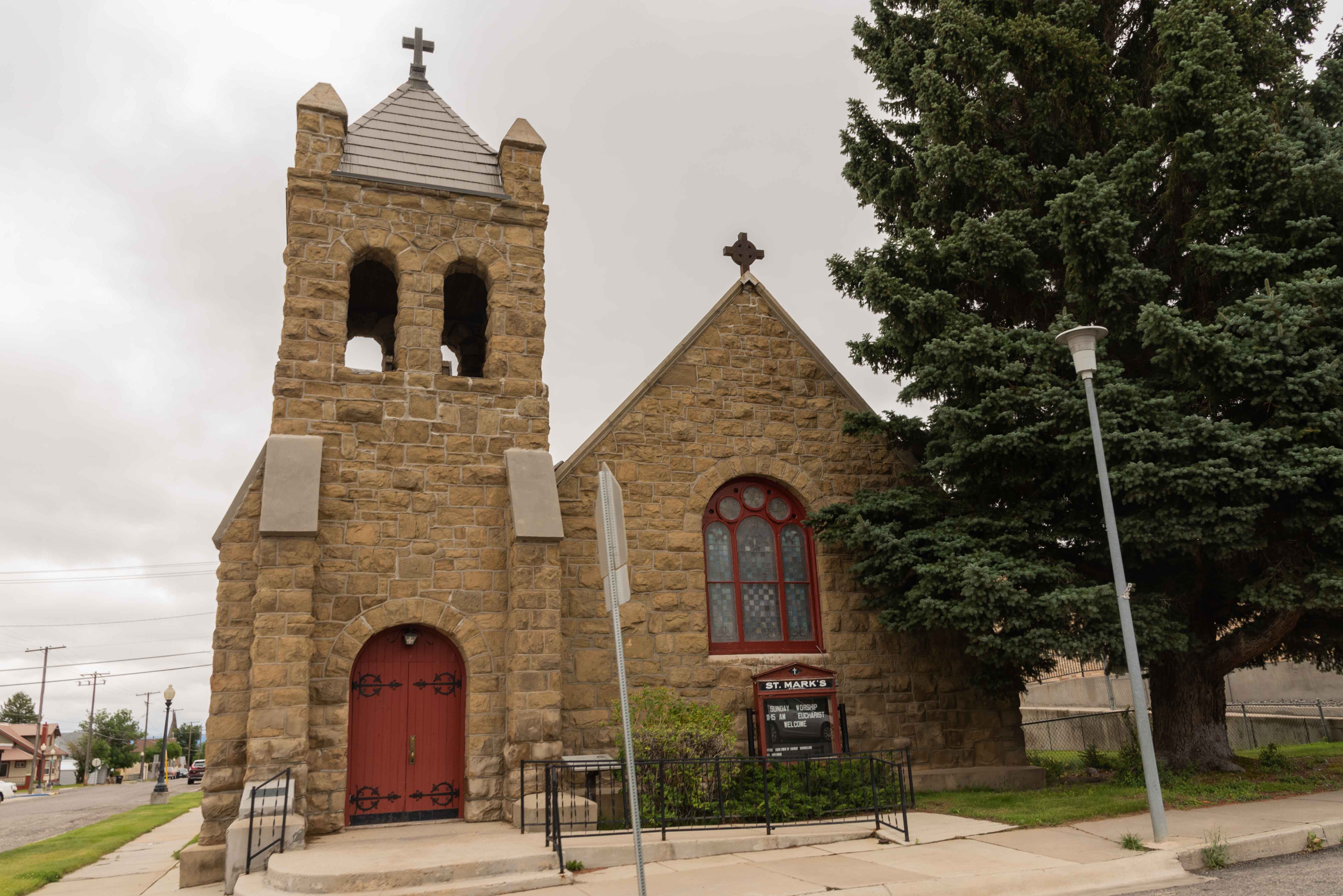 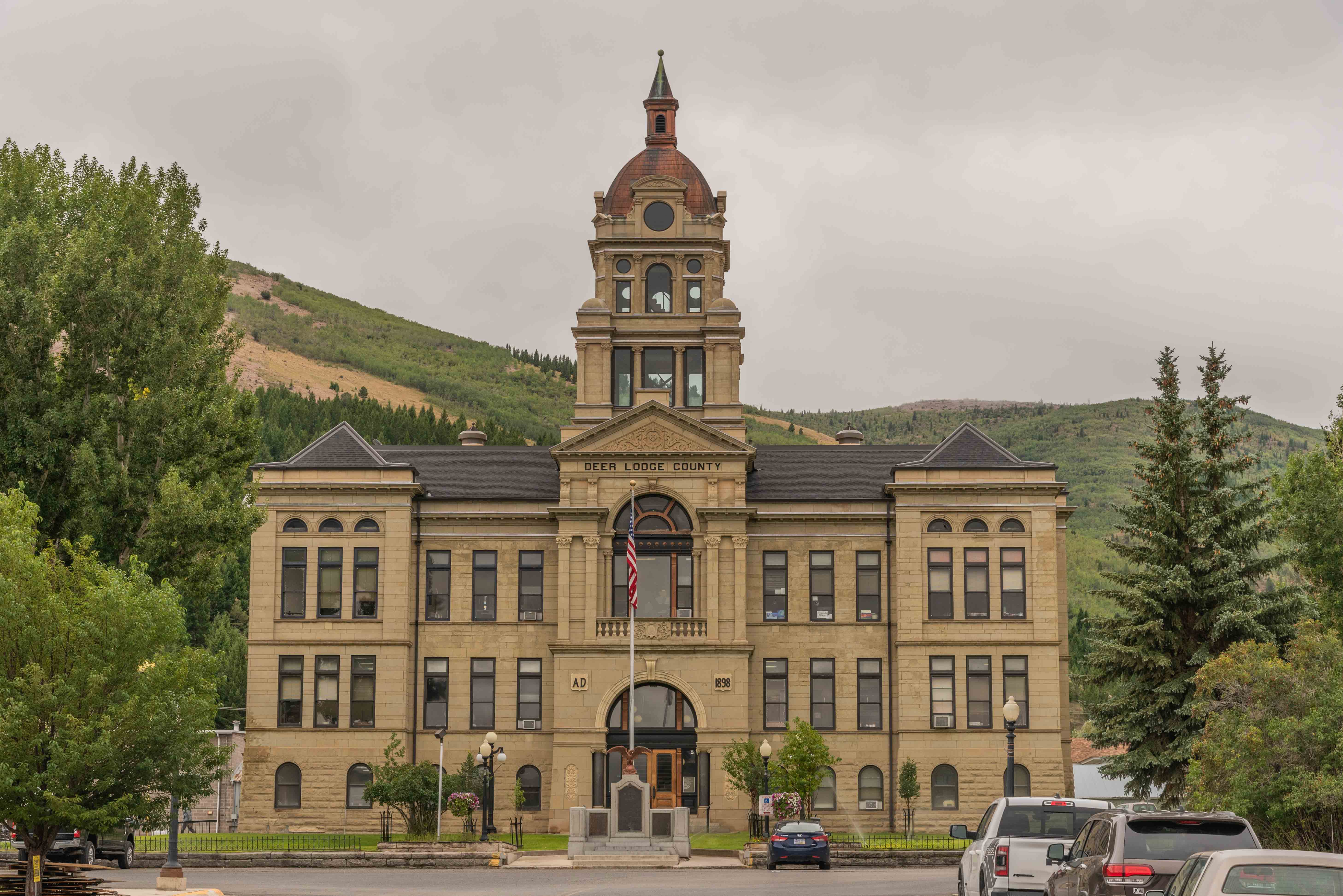 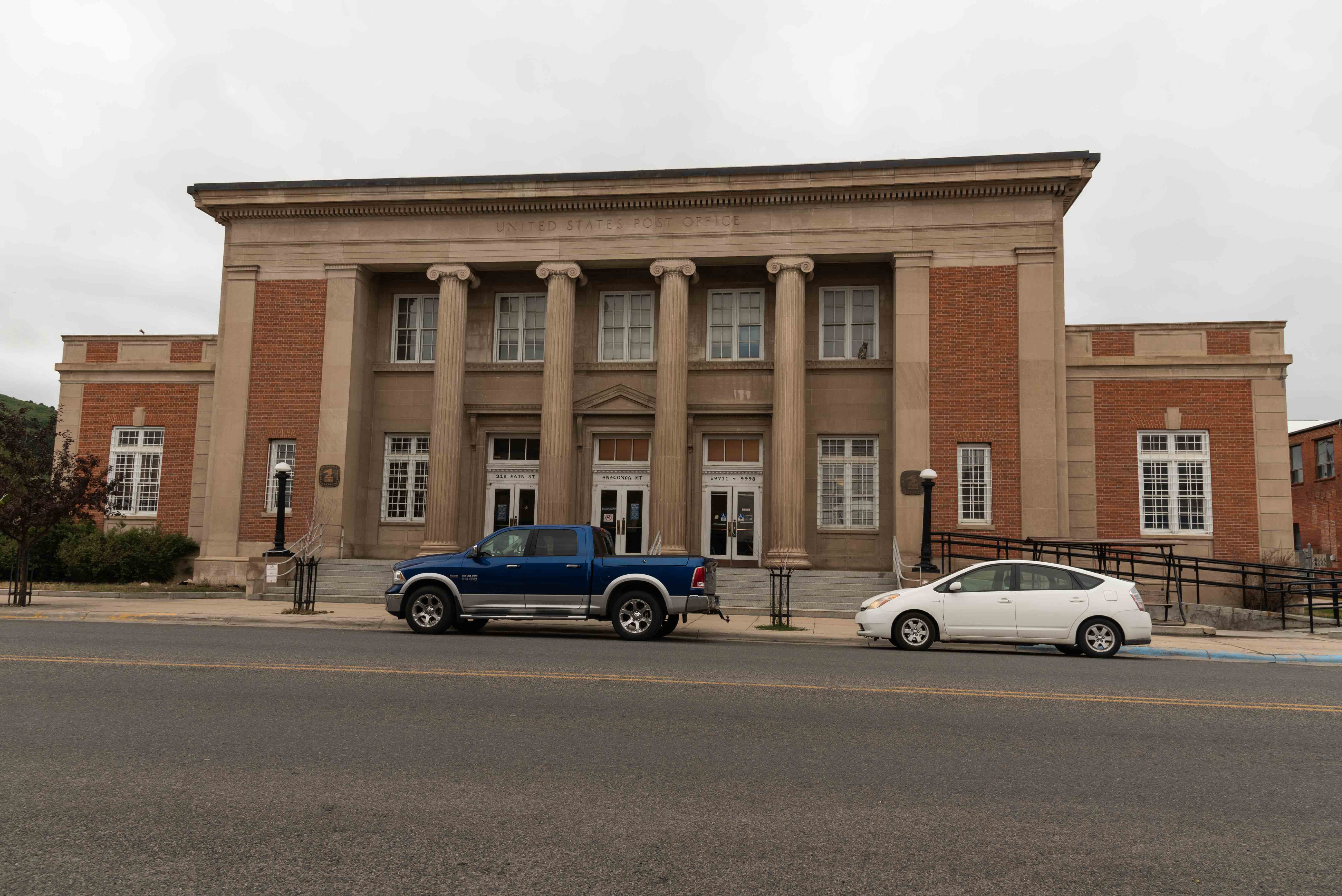 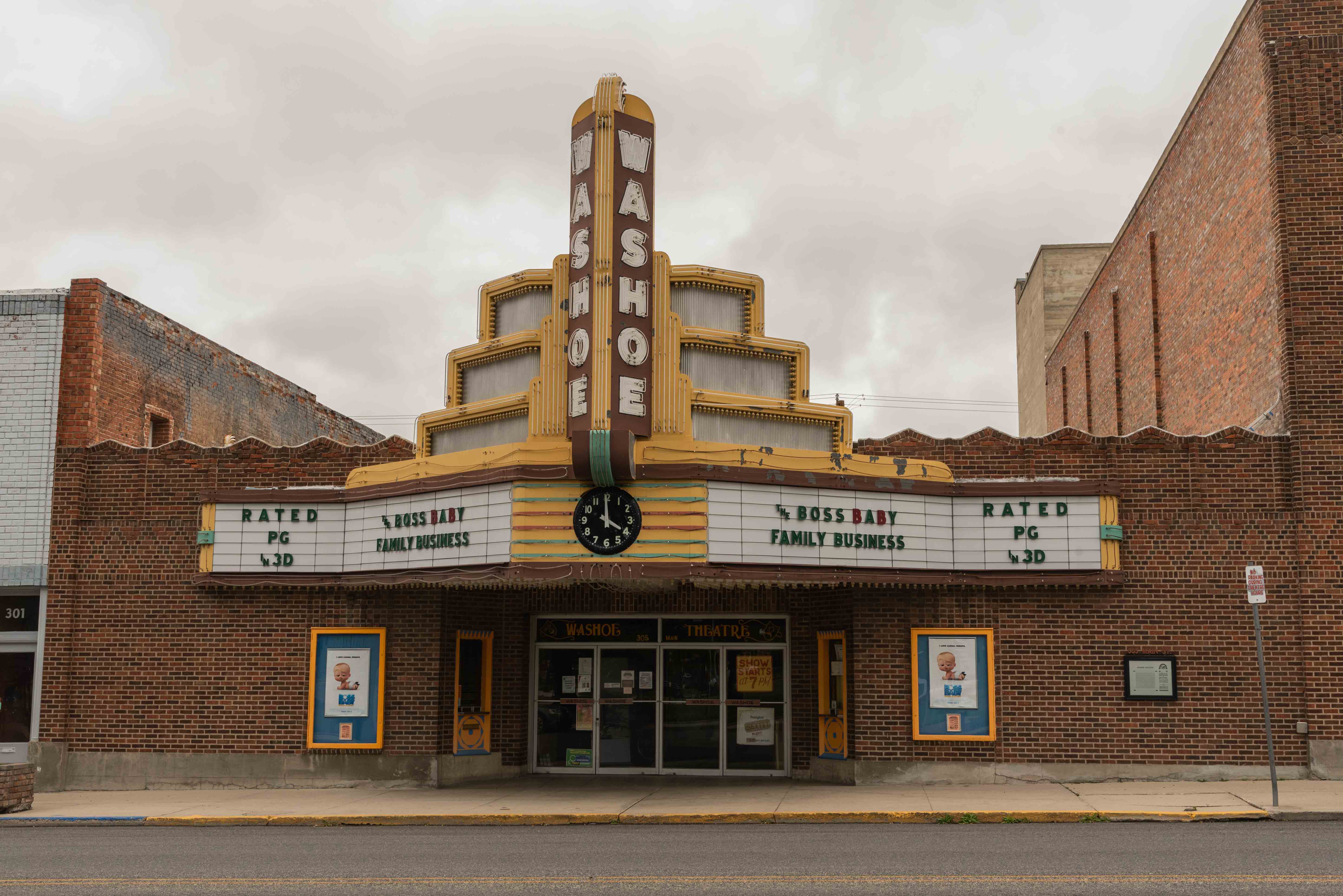 The Washoe was the last theater In the U.S. constructed in the Nuevo Deco style (a form of Art Deco). It was pretty much finished by 1931, but its opening was delayed until September 24, 1936 due to the Great Depression. The delay allowed the sound system to be re-designed, and the theatre has nearly perfect acoustics. The Washoe is known for its lavish interior, with ornamental iron and copperwork, wall murals, and artistic curtain surrounding the screen. "The Texas Rangers" starring Fred MacMurray was the first movie shown in the Washoe. The Washoe still operates as a movie theater today. 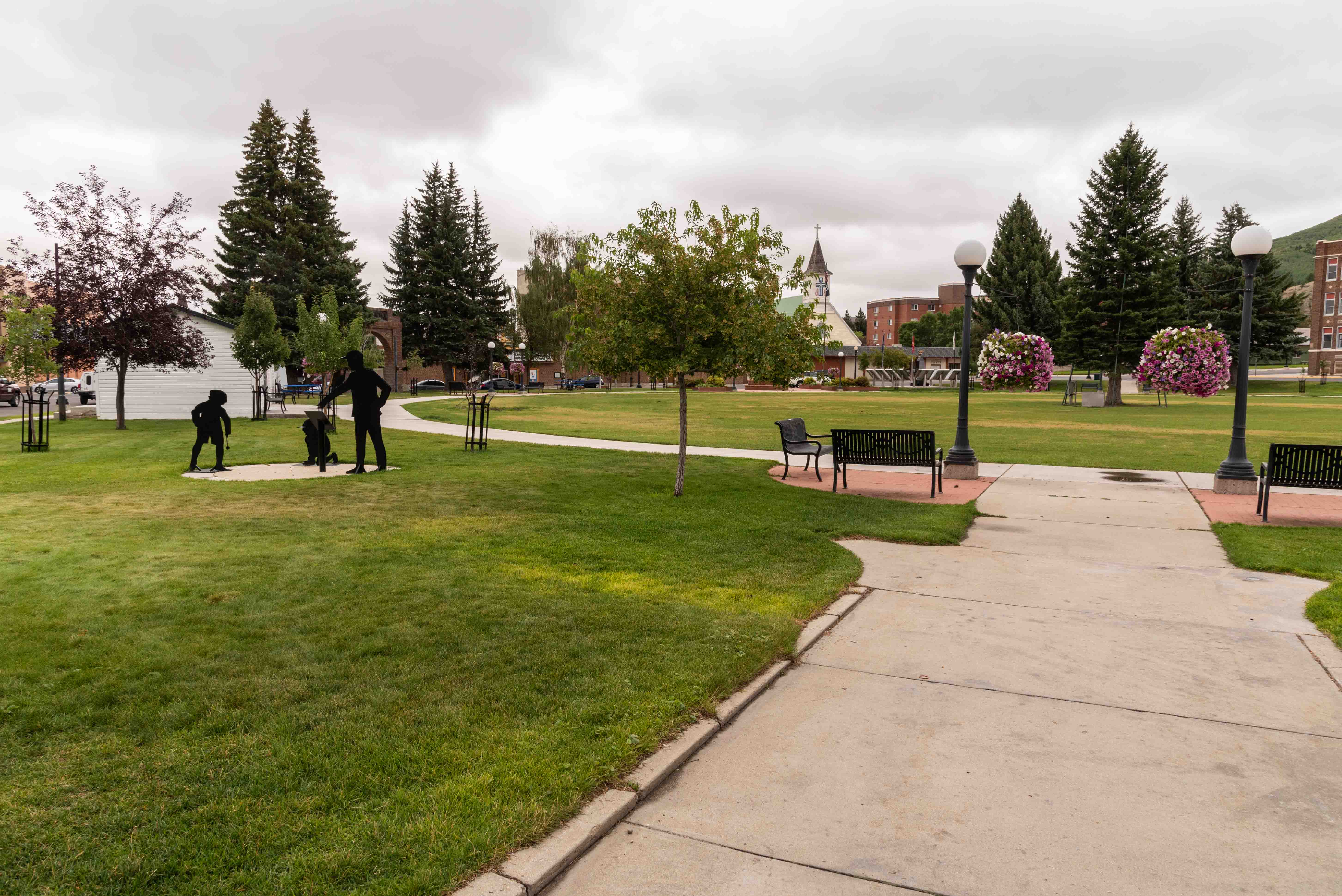 The Montana Hotel, financed by Marcus Daly and associates, opened on July 1, 1889. The four story hotel was designed by Architect W.W. Boyington in a composite of French Renaissance and Romanesque styles. The hotel was not profitable; it was too large for the limited number of visitors to Anaconda. The hotel fell into disrepair over the years, and the top two floors were removed. The building is currently being restored to the granduer of its early years, and its name has been changed from the Montana Hotel to the Marcus Daly Hotel. 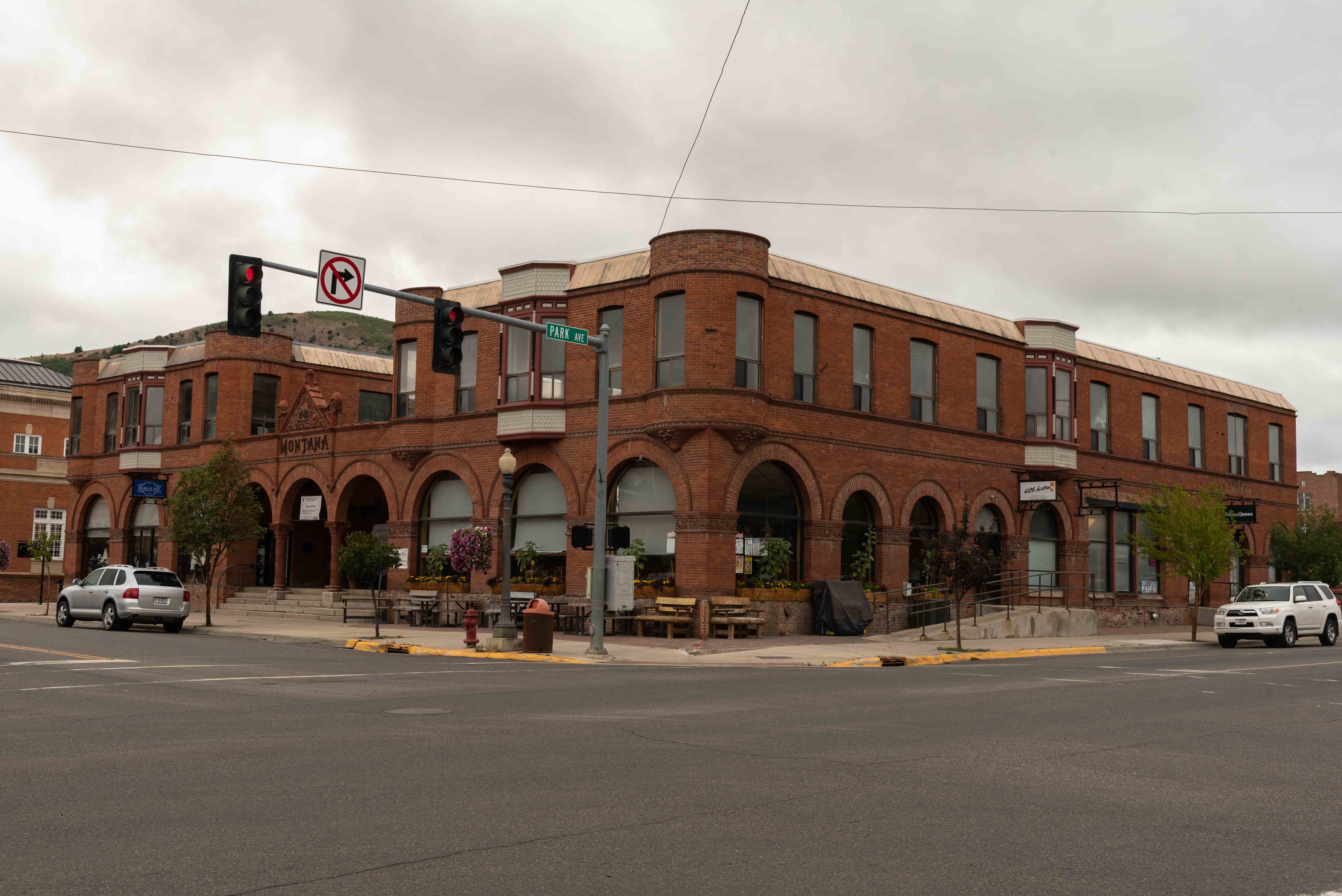 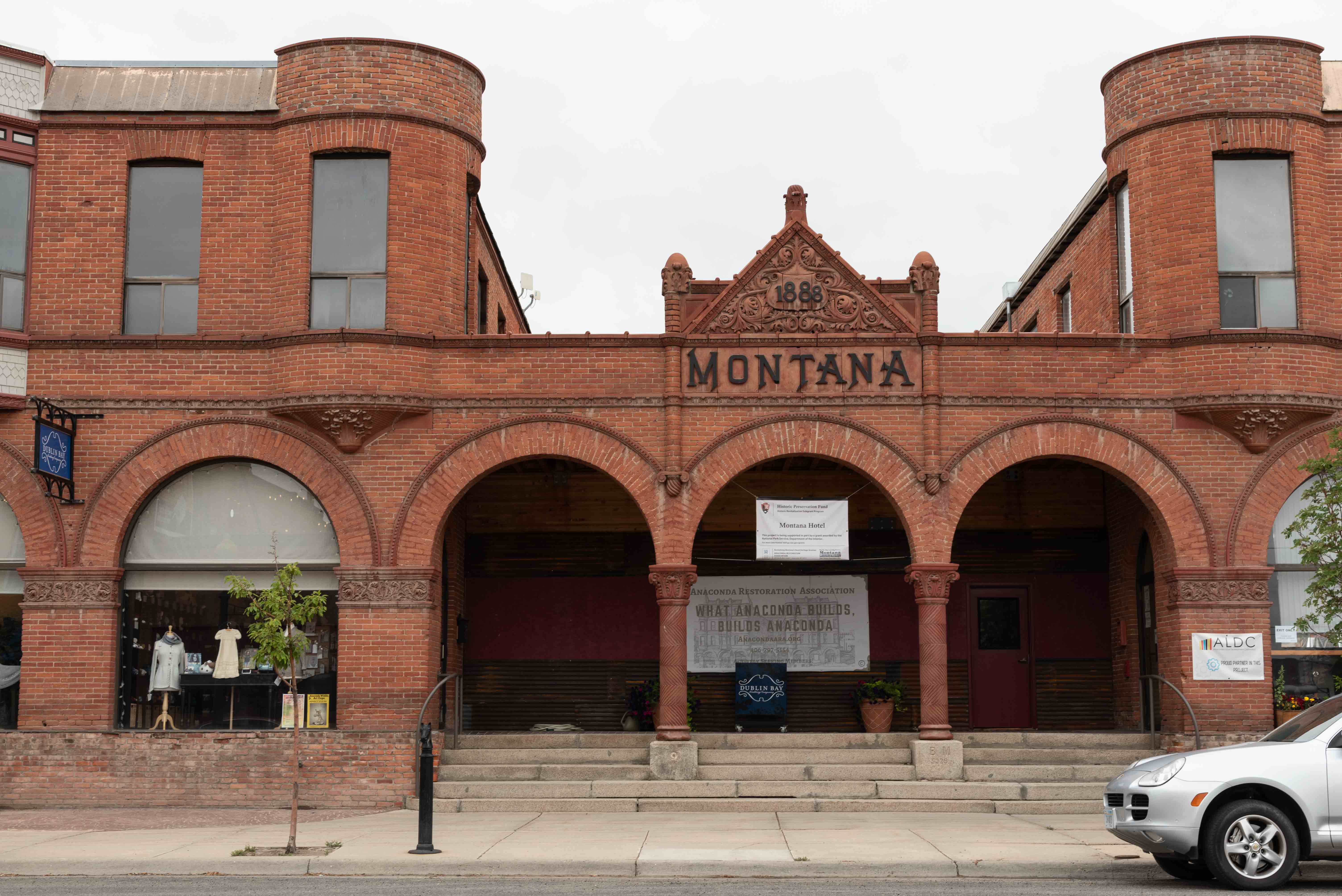 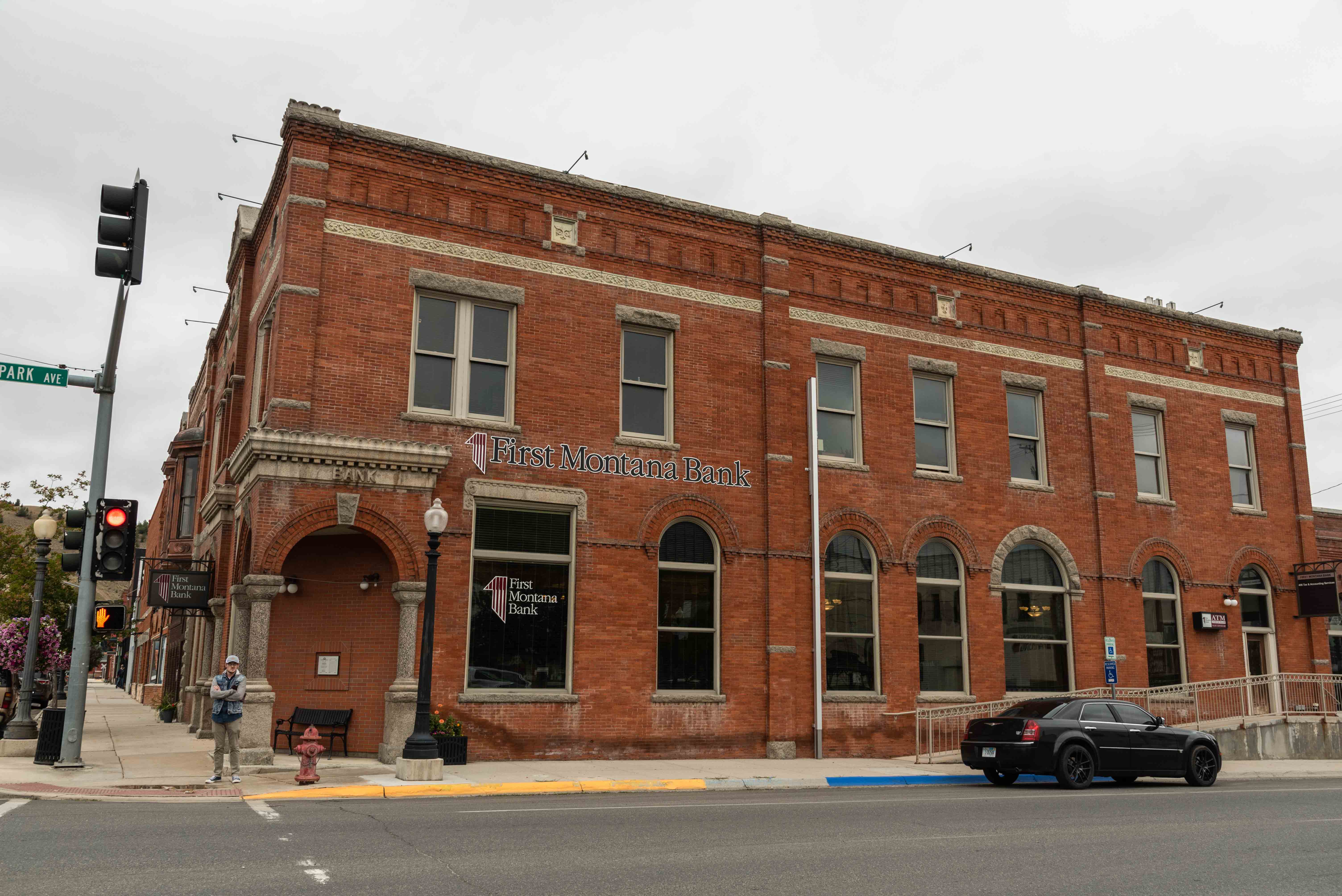 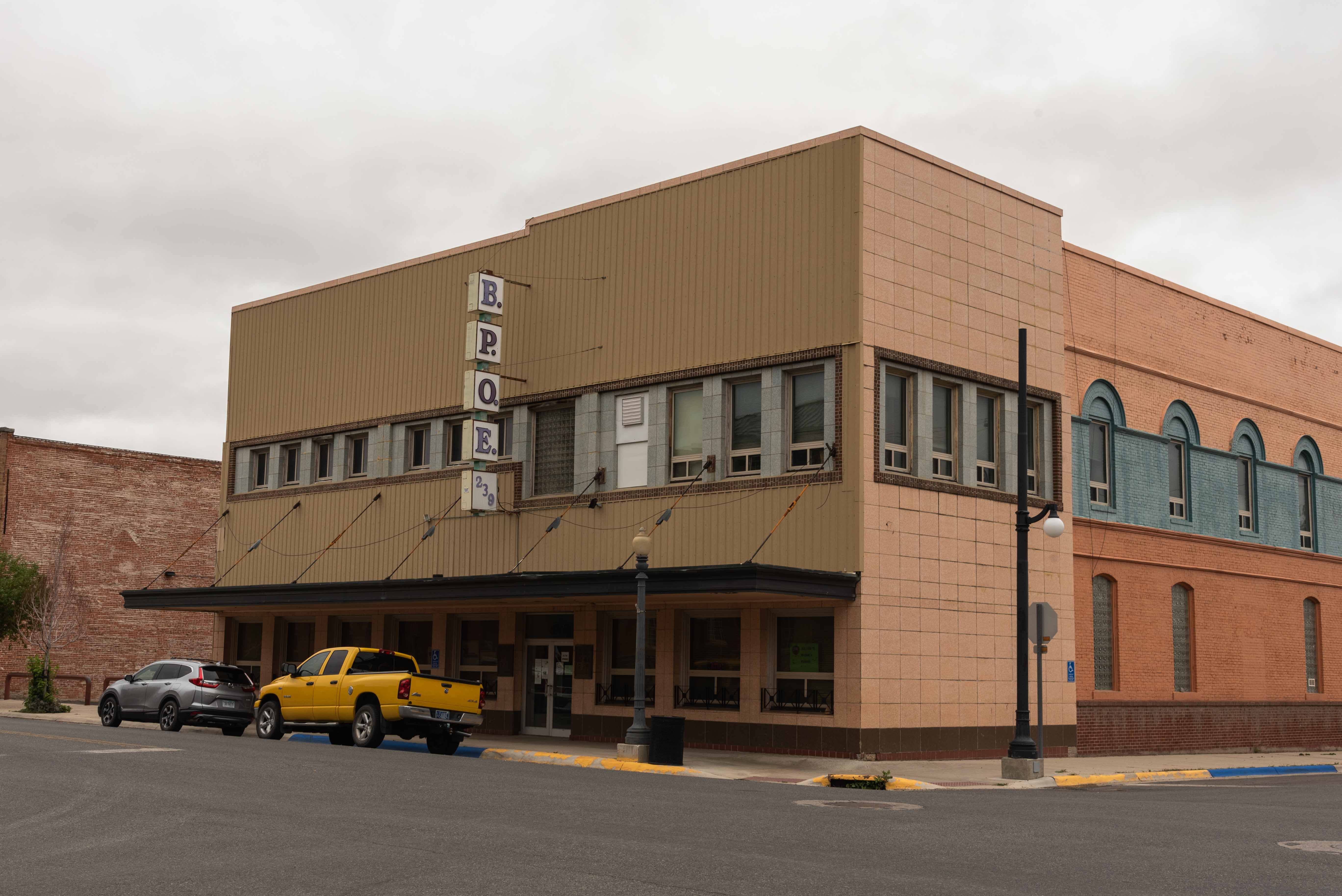 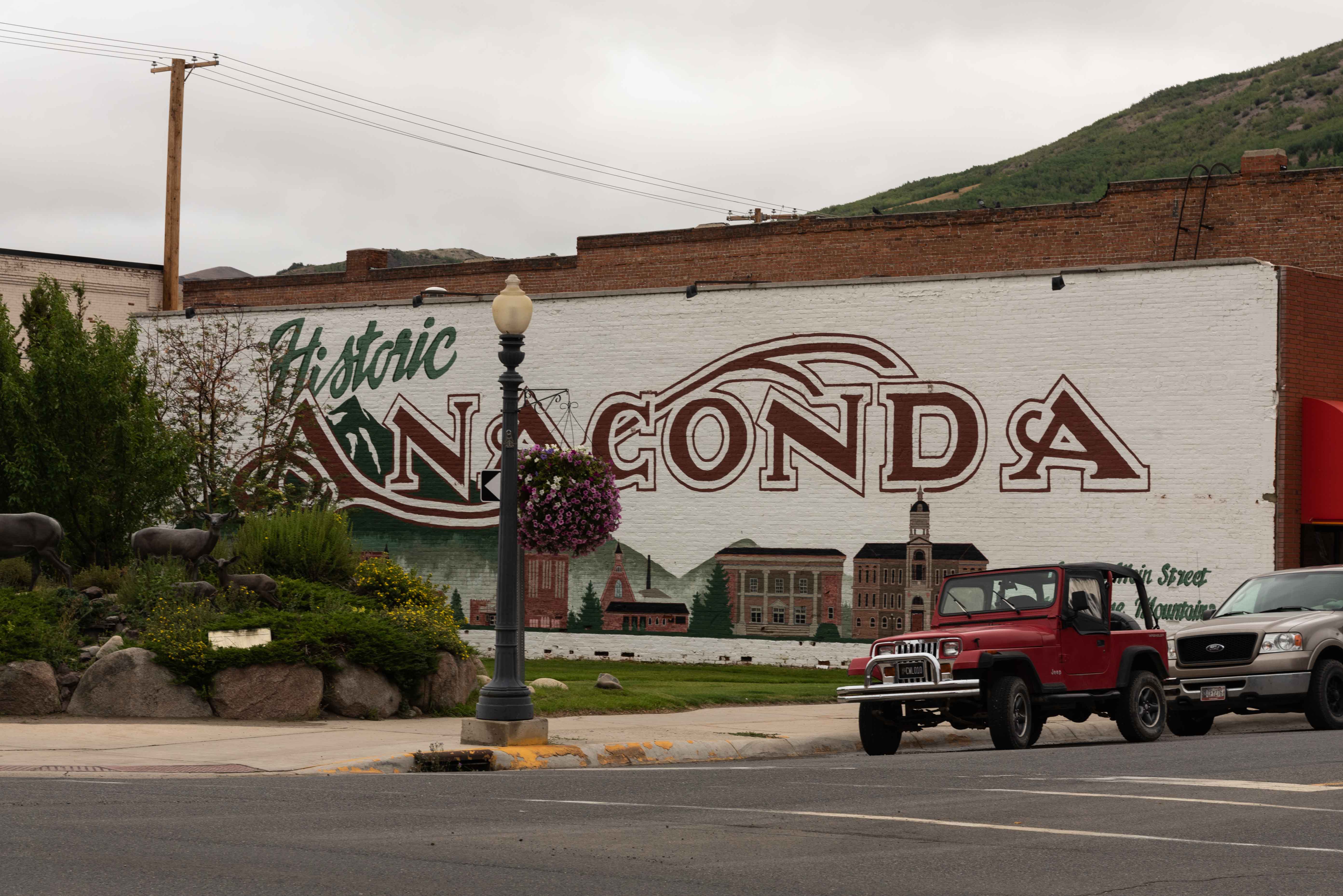 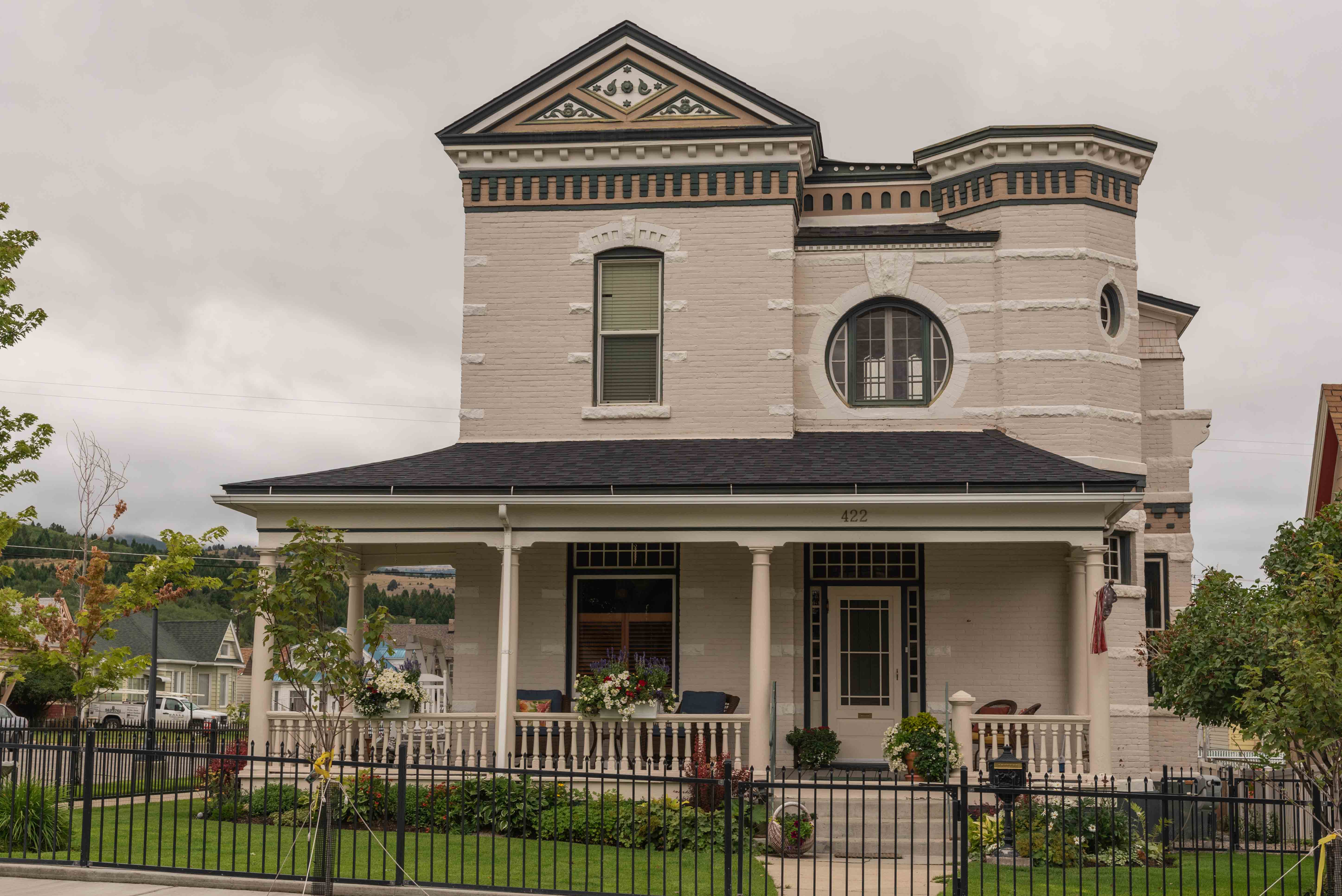 A new smokestack (aka stack or chimney) was completed for the Anaconda Washoe smelter in 1919. It was 585 feet tall with an external diameter of 80 feet at the base. The belief was that taller stacks would provide better dispersal of toxic gases produced during metal ore reduction. The smelter was razed after its closure in 1980, but the smokestack was saved when the citizens of Anaconda organized to "Save the Stack." Today the Stack is recognized as the tallest surviving free-standing masonry structure in the world. Originally the exterior of the Stack was covered with terra cotta, but 60% has been lost over the years exposing the bricks and reinforcing rods. The dark portion at the top of the stack is the remaining terra cotta. In 1986 both the Stack and the Washoe Smelter Stack Viewing Center were designated as the Anaconda Stack State Park. 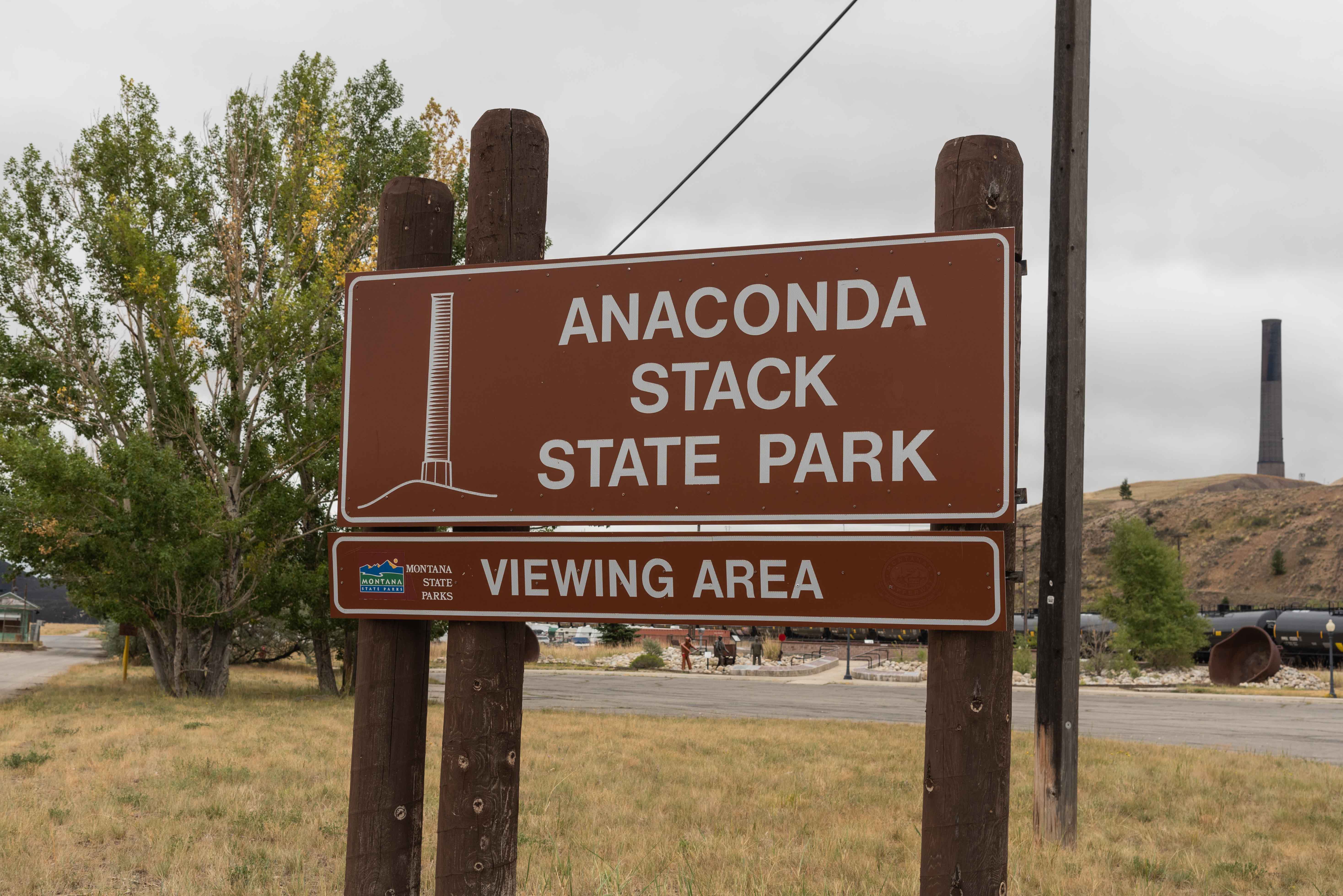 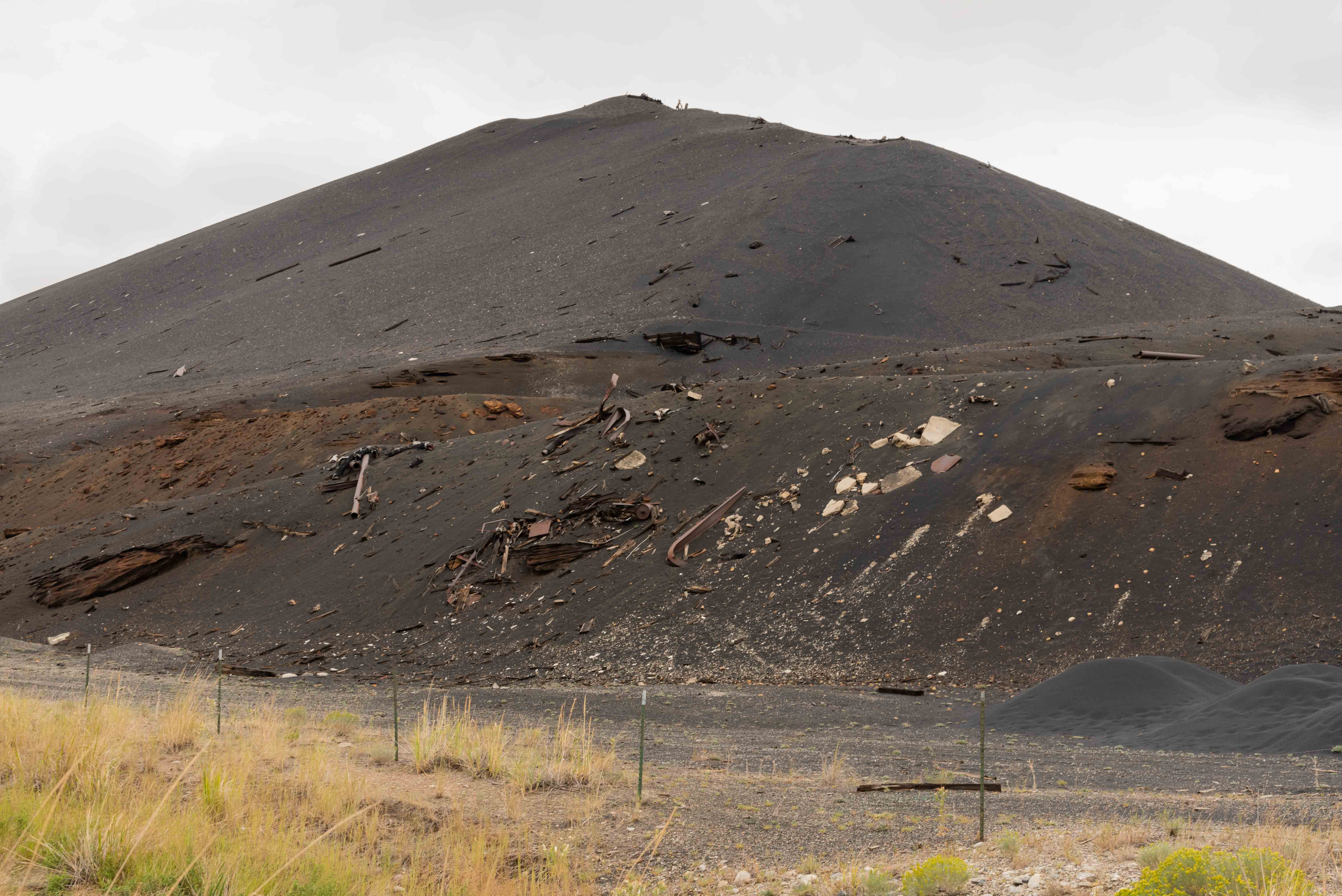 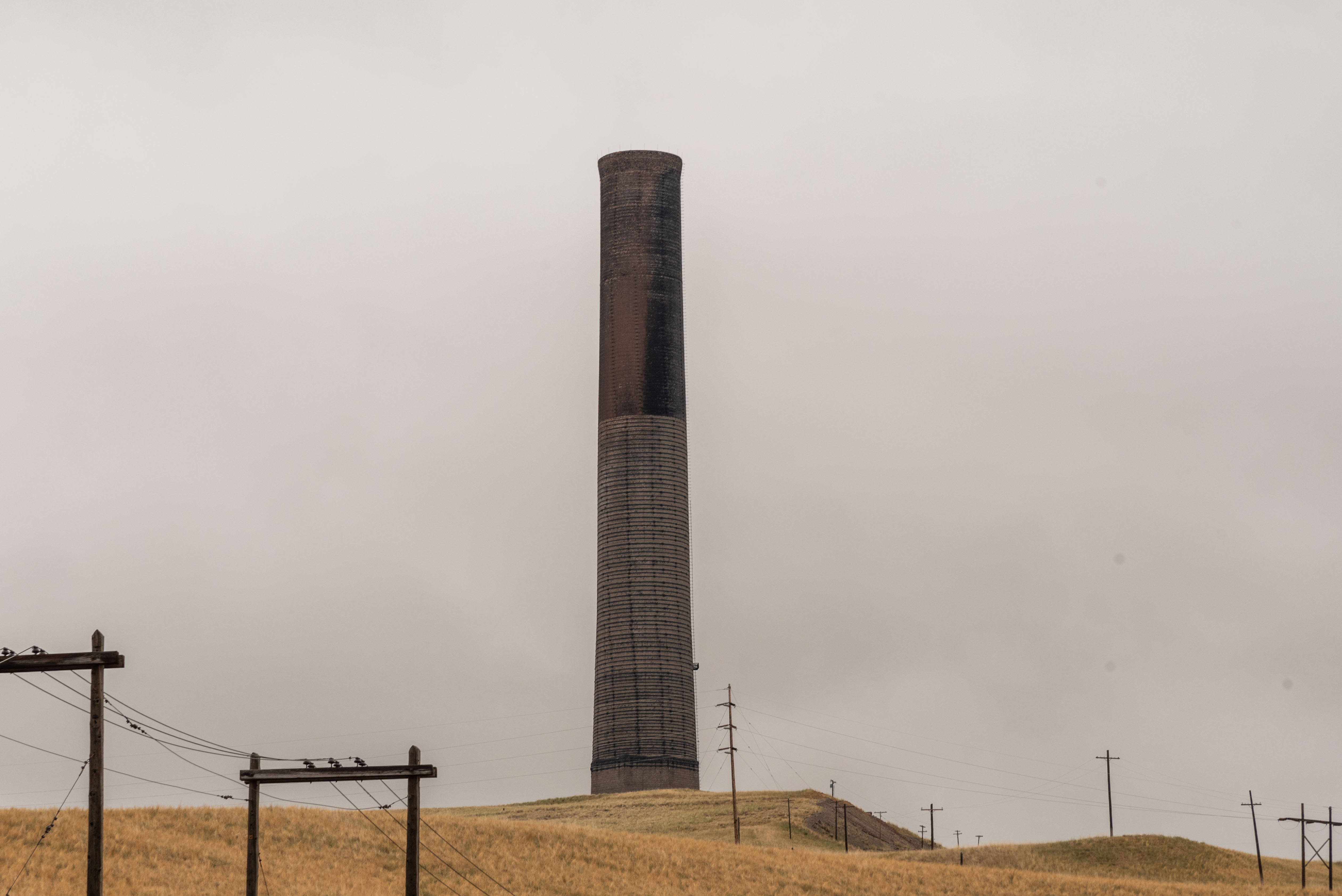 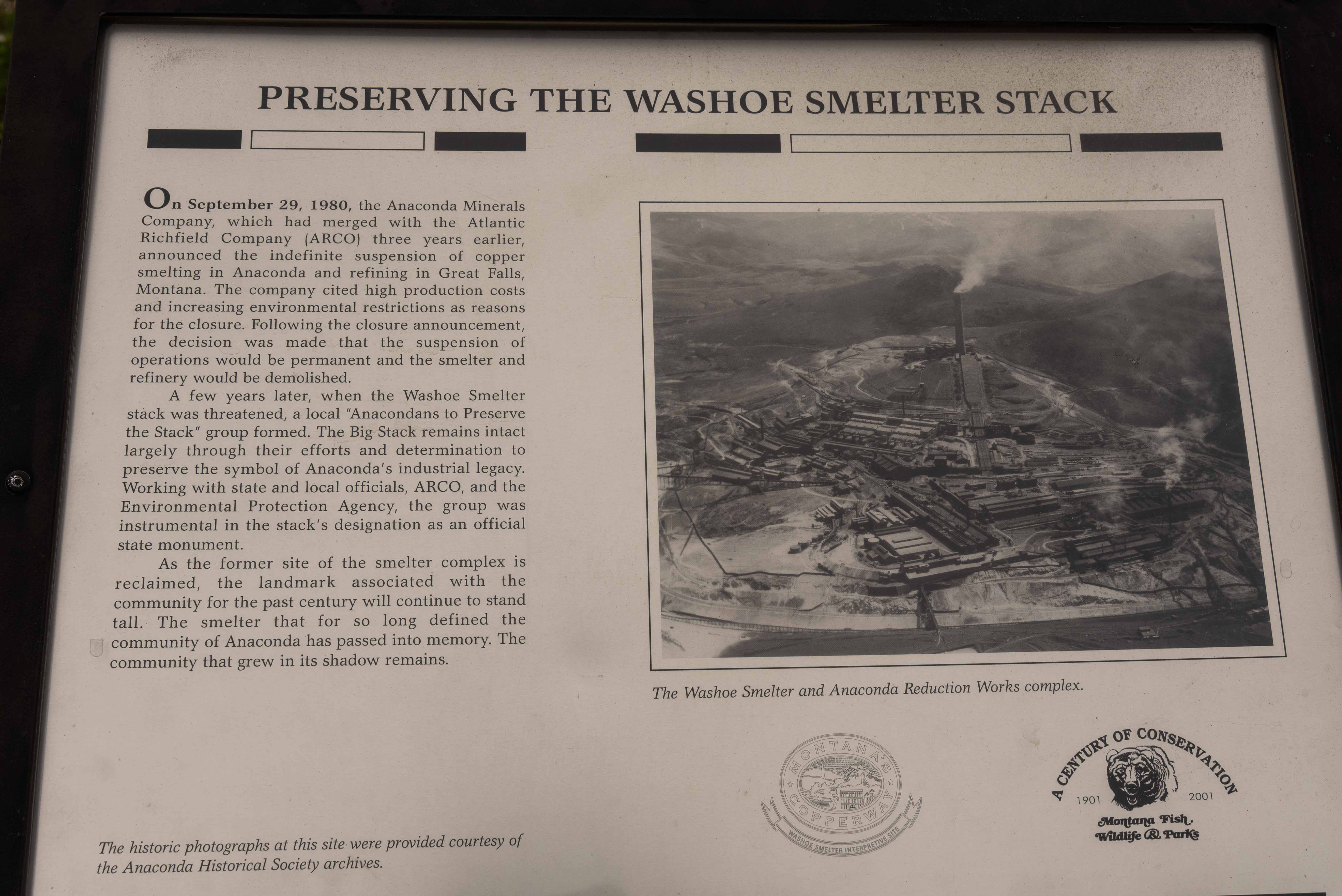 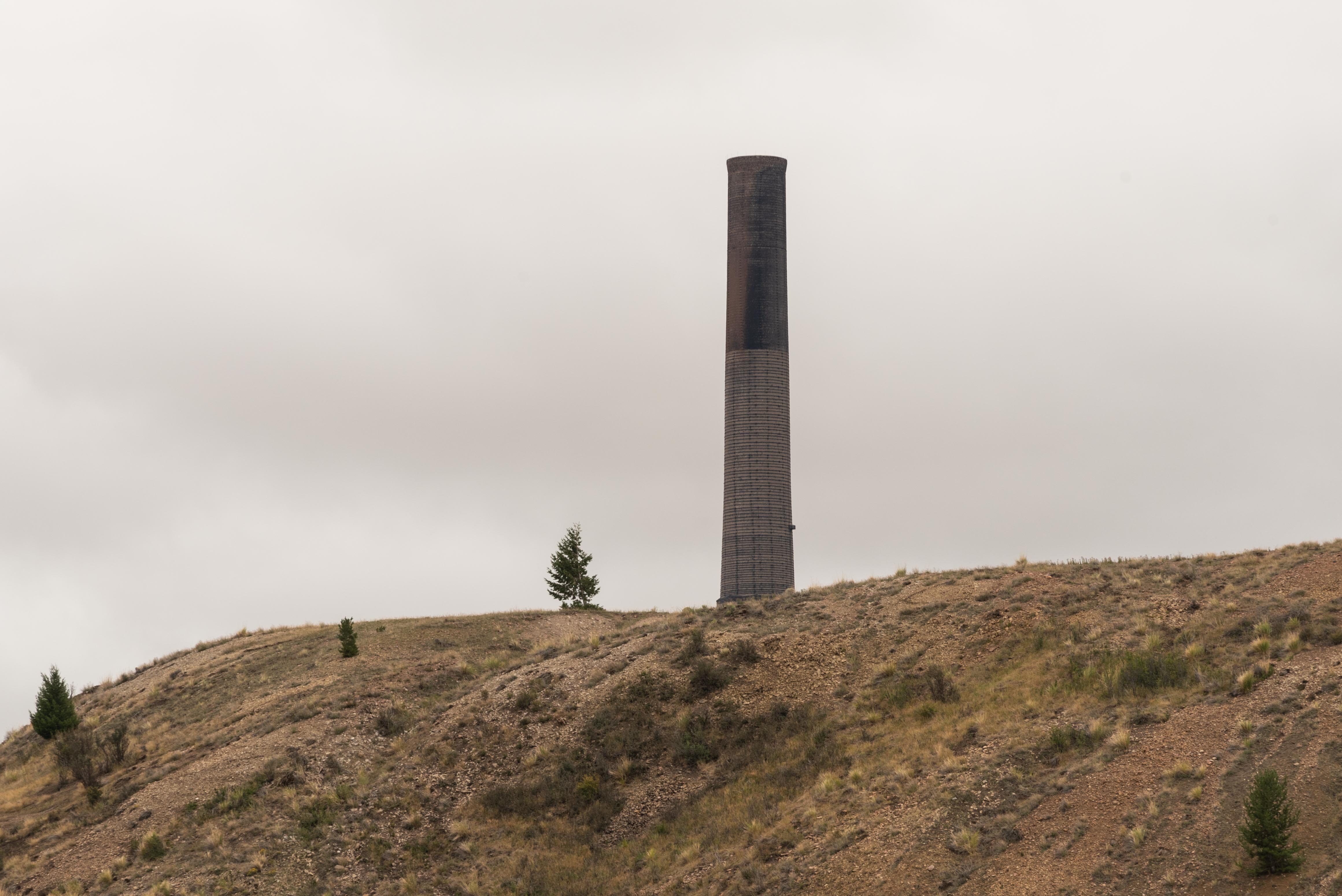 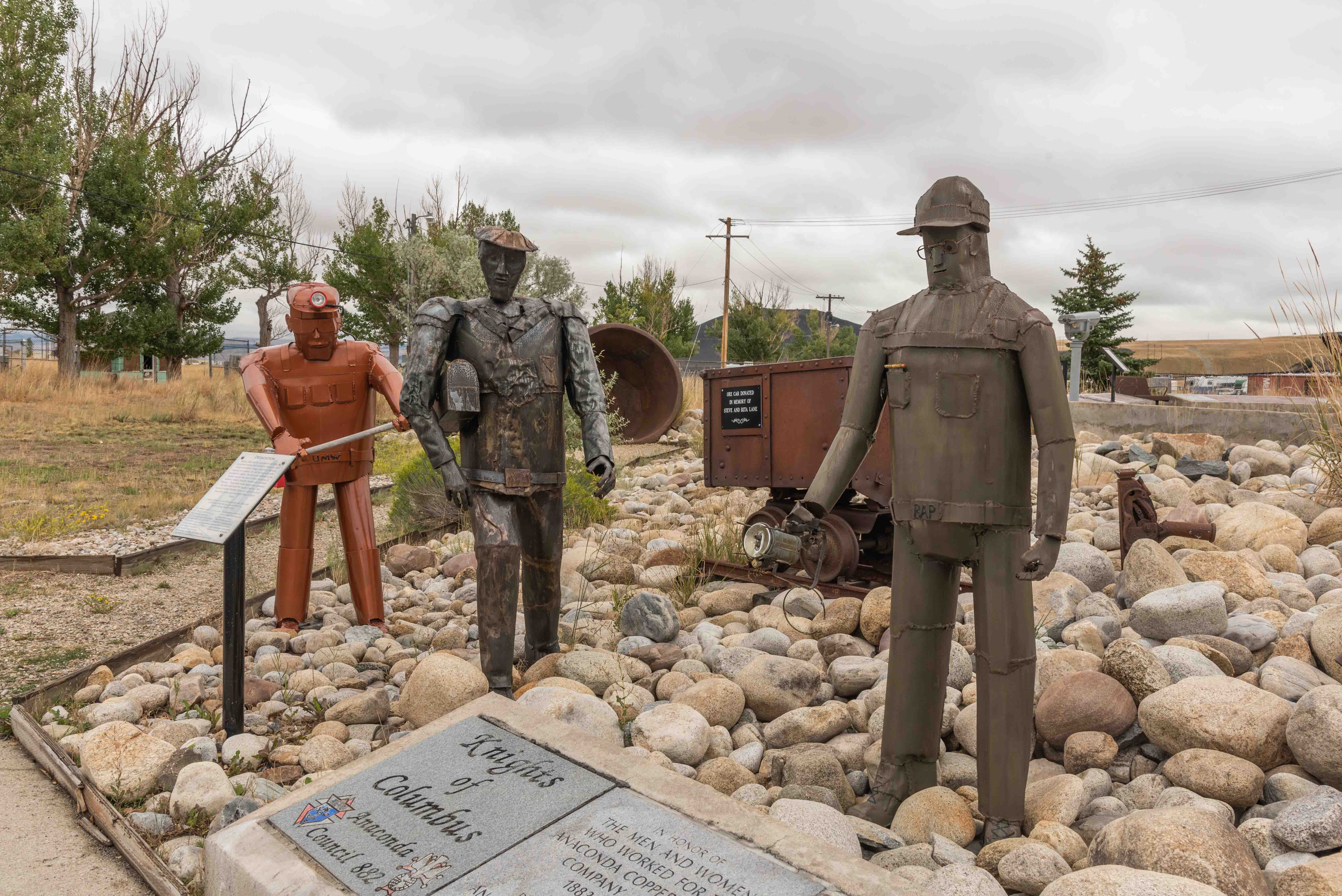 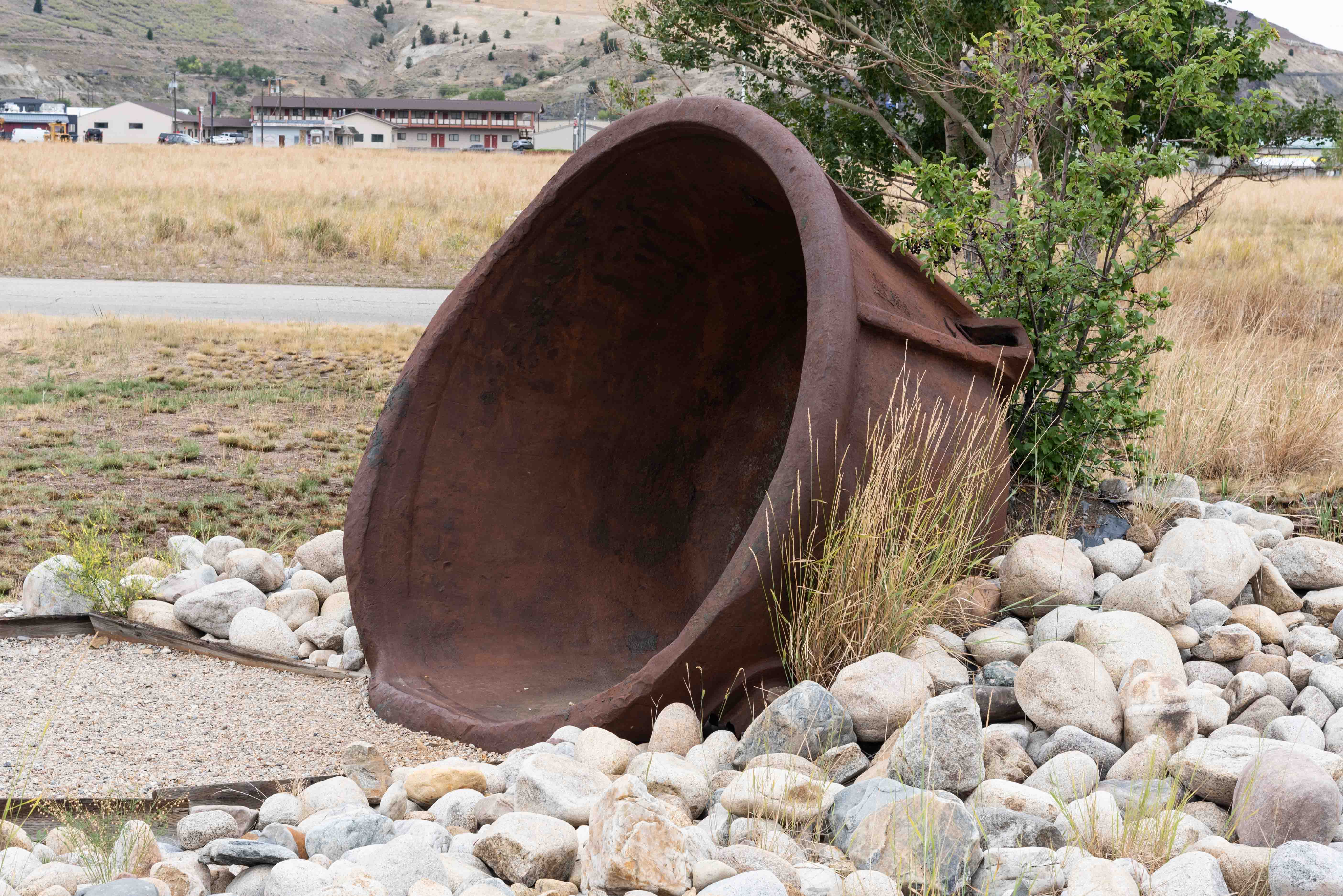 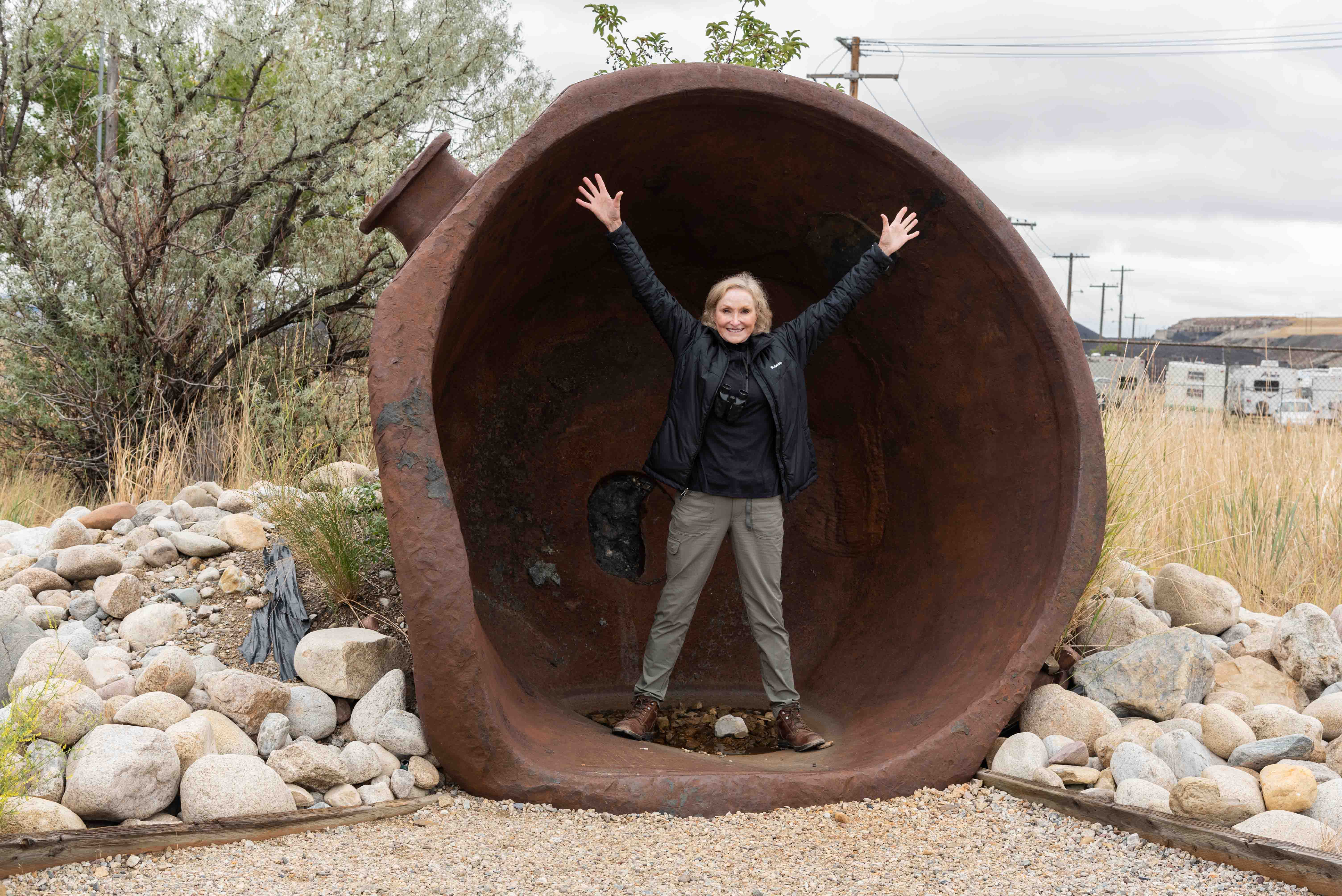 Sources: Wikipedia, westernmininghistory.com, www.u-s-history.com
Use the form on the Home Page to submit comments, questions, or suggestions.  TD Productions Copyright © 2021